Undue alarmism about the virus has led to sloppy thinking and flawed policies. 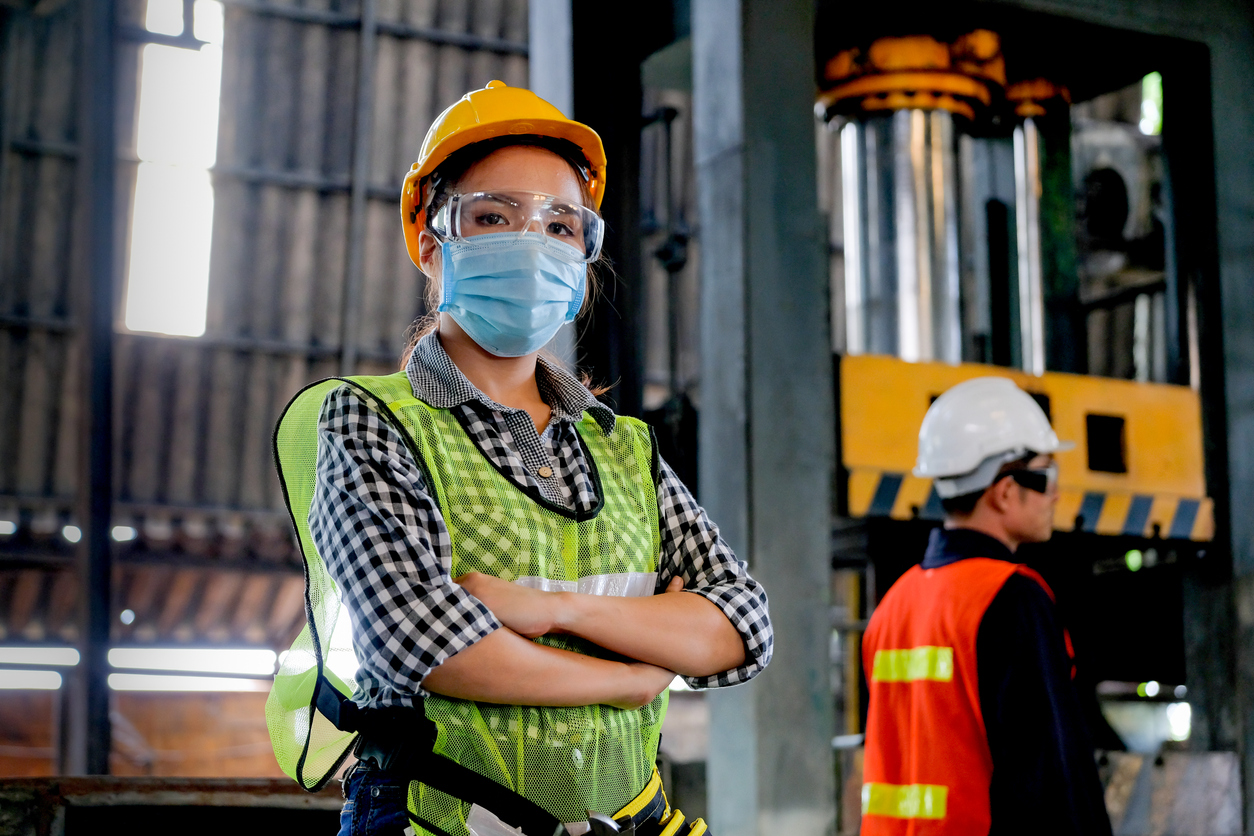 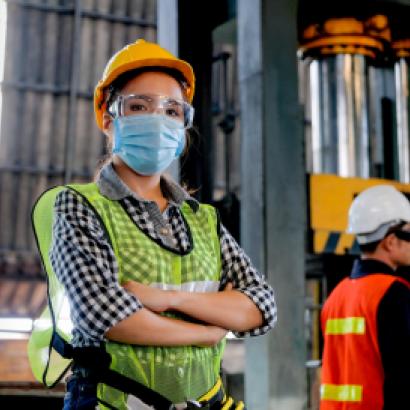 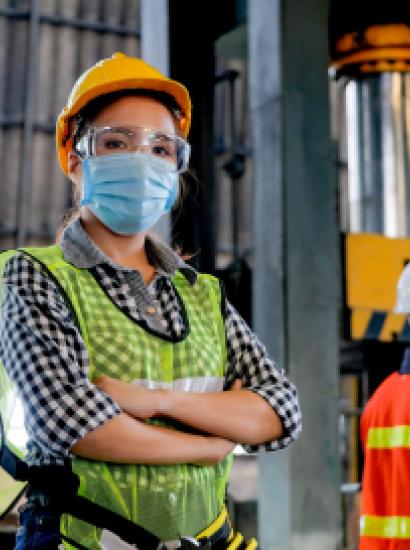 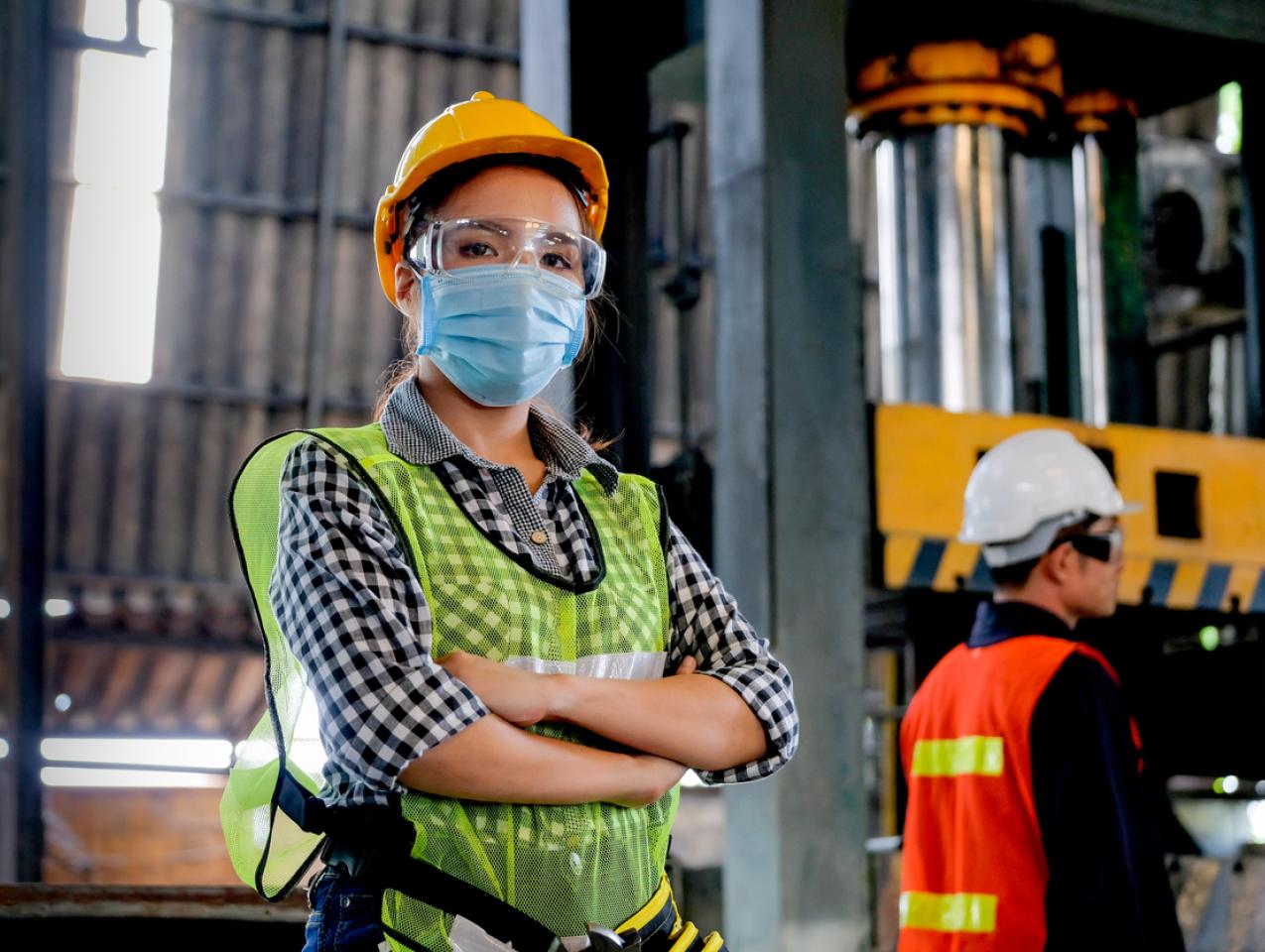 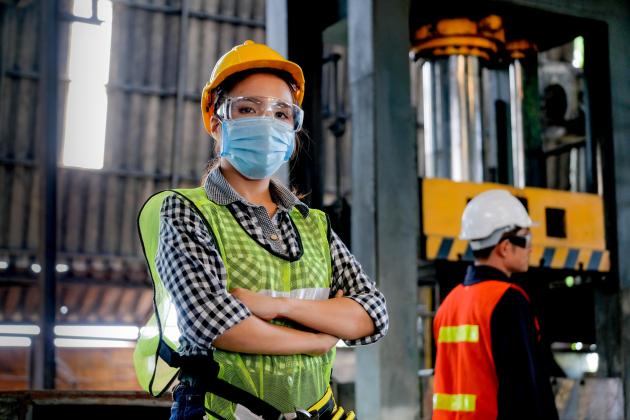 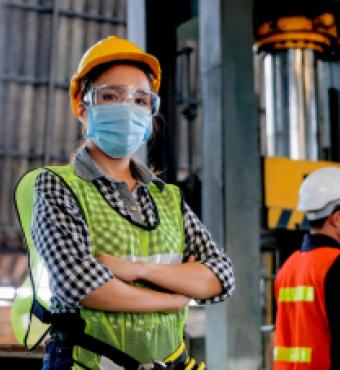 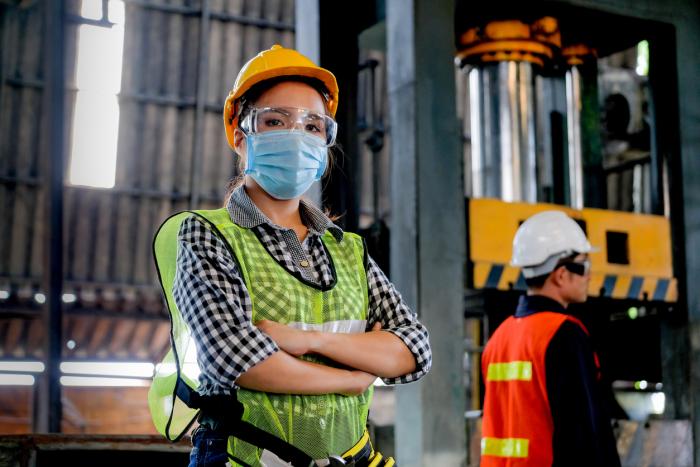 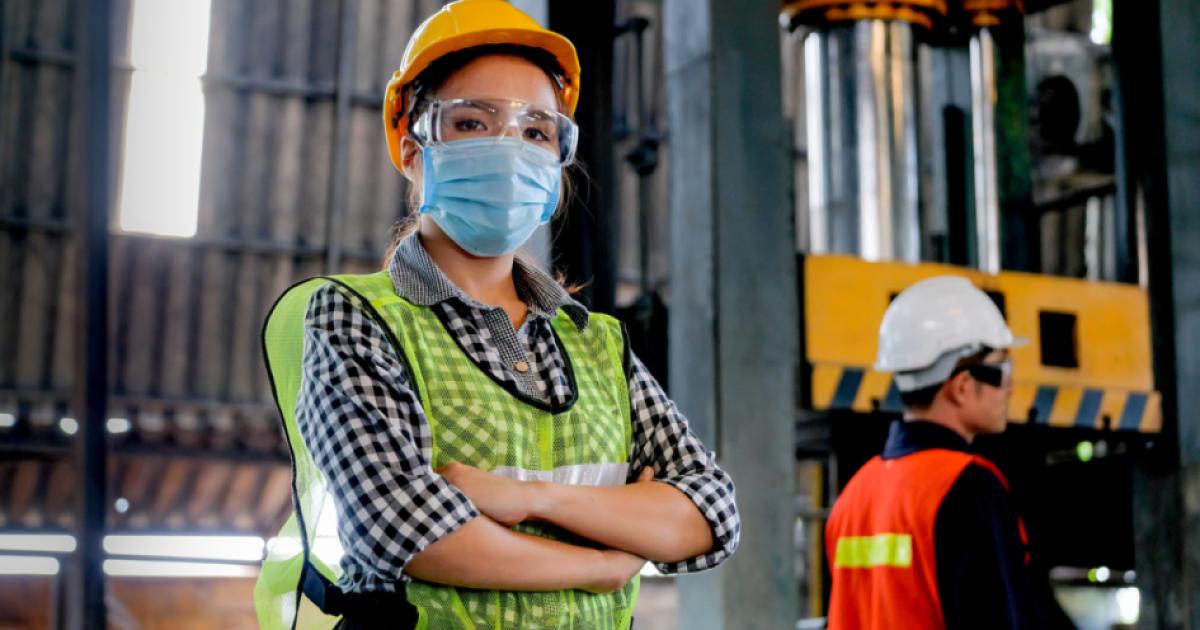 A scientific study attracted national attention last week by taking the dramatic position that the "excess deaths” from COVID-19 exceeded those observed with the Spanish Flu of 1918, at least for New York City. The absurdity of the claim is symptomatic of the imperfect understanding of the pandemic by this nation’s elites. To be sure, the letter correctly notes that the state of healthcare today is far better and more advanced than that of a century ago given the widespread availability of such impressive treatments as “standard resuscitation, supplemental oxygen, mechanical ventilation, kidney replacement therapy, and extracorporeal membrane oxygenation.” Indeed, those technological advances indicate that the true severity of COVID-19 is even greater than the raw numbers suggest.

With that said, the study is flawed in several key ways. The estimated number of total U.S. deaths from the Spanish Flu was 675,000 in a population of about 100 million people. Assuming there have been about 169,000 U.S. COVID-19 deaths in 2020 in a population of over 330 million people, the COVID-19 death rate is roughly one-twelfth of the Spanish Flu rate. That number could well increase before the pandemic runs its course. According to the Institute for Health Metrics and Evaluation (IHME), the U.S. death toll of COVID-19 could reach 300,000 by December, at which point the ratio would be about 7.5 to 1.

Why then is New York special? New York State has experienced over 32,000 COVID deaths, or about 20 percent of the nationwide total. Its population of 19.5  million constitutes about 6 percent of the U.S. population. The vast majority of those deaths were confined to New York City (over 23,500) and occurred before June 1. The key graphic that makes the case for the comparability of the Spanish flu to COVID-19 in New York shows major spikes in 1918 and 2020: 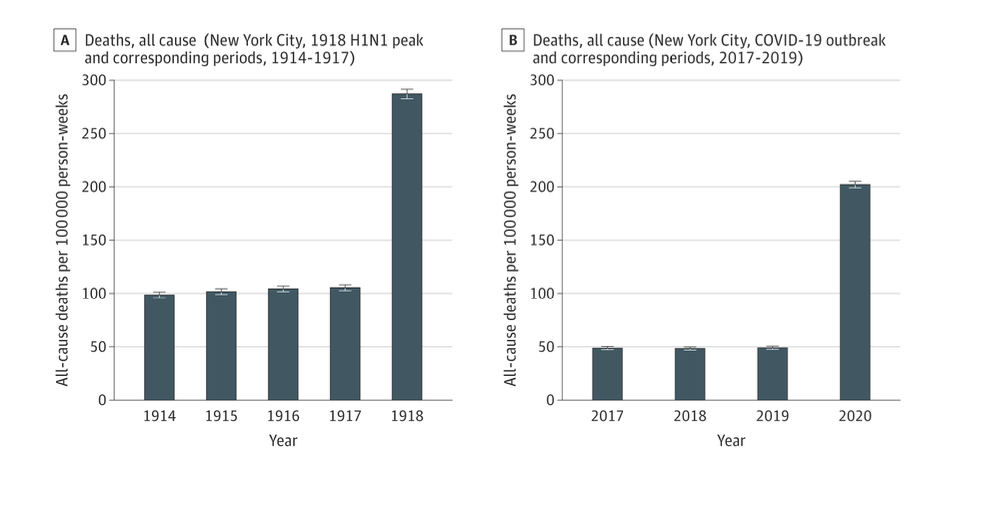 Nonetheless, the ostensible parallel is fatally flawed. In order to compare the two pandemics properly, the New York death rate from COVID-19 needs to be adjusted downward to account for several important variables.  First, the study offers no explanation as to why the early New York numbers were so high. But the best explanation lies in the state and city’s clumsy institutional responses to the virus. Perhaps most notable among the bungled decisions was the deadly order that Governor Andrew Cuomo issued on March 25 requiring ill-equipped nursing homes to take in presumably recovered COVID patients, ostensibly to free up hospital beds for an anticipated onslaught of new COVID cases which never came. Any responsible estimate should subtract out the many, often concealed, COVID deaths from that unconscionable maneuver, both in New York and other states, like Michigan, New Jersey, and Pennsylvania.

Second, with the Spanish Flu, there was an uncommonly high death rate for individuals between the ages of 20 and 40, which was at least in part due to “cytokine storms,” a severe immune response that could lay waste to healthy individuals in less than a day. High death rates were also recorded for children under 5 years of age, as well as those over 65. Notably, COVID appears most severe only in those over 65. As of August 12, the CDC reports that nearly 80% of all U.S. COVID deaths have been in patients over the age of 65 (118,548 out of 149,192).

Third, persons with acute comorbidities—including cancer, diabetes and kidney failure—are often coded only as COVID fatalities, without regard to their underlying conditions. Finally, so-called “probables” are included in the COVID totals, when the “probable” symptoms are often consistent with ordinary flu or other diseases. Take these cases out and comparing the New York death rates in 1918 and 2020 will likely yield a different result from the study’s conclusion.

The current of exaggeration gets even worse when we look beyond the study. A recent New York Times story touts that the full cost of COVID-19 not only includes the inflated death count of 169,000, but also about 35,000 additional deaths attributable to indirect effects. Unfortunately, the story gets the causal connection backwards—one of the many major blunders in New York City and elsewhere was to shut down all forms of elective medical treatments in order to make way for the wave of COVID-19 cases that never occurred. How many deaths did that decision yield? Surely a significant portion of these extra deaths are attributable to misguided public policies. This means that the net deaths attributable to the virus itself should be reduced, not increased, to properly account for the consequences of eliminating elective treatments and other hardships under New York’s lockdown.

Serious social consequences flow from the misattribution of deaths to COVID-19. In New York and other states, a common response to the artificially high death tolls has been to reimpose heavy sanctions in order to stem a second wave. But recently it appears that new cases are in decline.  Nor has any second wave occurred in the northeast states that early experienced what still remains the highest incidence of deaths. In places like New York, the trend has been sharply downward, which should ideally lead to a general relaxation of heavy sanctions. Everyone should of course wear masks in indoor public spaces, wash hands, avoid placing their hands on their face when out, stay out of high-density places, get lots of fresh air, and, if ill, take the tripartite treatment of hydroxychloroquine, zinc, and azithromycin or doxycycline, as recommended by Dr. Harvey Risch, to the evident consternation of his colleagues in the Yale School of Public Health.

These various precautions significantly reduce COVID-19 costs, freeing up resources for other uses. Unfortunately, the same panicked responses that led to so much unnecessary suffering in the early stages of the pandemic continue to wreak havoc today. One prescription that seems to have gained favor is the demand for the wearing of masks in outdoor public places in order to slow down the spread of the virus. Democratic Presidential nominee Joe Biden insists that “[e]very single American should be wearing a mask when they’re outside for the next three months at a minimum,” claiming that this “will save 40,000 lives during that period.” In the same vein, the IHME claims that “if mask wearing in public increases to 95%, more than 66,000 lives could be saved,” which would cut fatalities in half.

Right now, masks are already worn in the places where they are likely to do most good, where there is close and continuous contact between individuals, as in hair and nail salons. But is there any reason to think that wearing masks in public parks, where the contacts between individuals are fragmentary and fleeting at best, could produce dramatic results? It is worth asking about the trade-offs that come from the more widespread use of masks, as the Dutch government has recently done by citing the risks of wearing masks: First, masks offer people a false assurance of safety; even the best masks cannot filter out most viruses, especially when improperly worn; second, the reuse of dirty masks increases the likelihood of contamination; third, the inability to cleanly expel wastes may well reinfect persons with COVID-19 through the nose, throat, and eyes; and finally, the lack of fresh air can cause headaches and compromise the immune systems, especially for the elderly and ill who are most subject to the virus.  The law of diminishing marginal returns applies to masks as it does to everything else.

Next there is the touchy subject of quarantines. Many states, including both New York and Illinois, have imposed travel restrictions on individuals that come from states with high numbers of daily coronavirus cases. The usual sanction is an order to self-quarantine for a two-week period. In New York, both Columbia and Barnard College have, as a result of the order, abandoned on-campus instruction, given that many of their students come from out-of-state. In Chicago, the order applies to any state that registers 15 new COVID cases per day per 100,000 people. The Chicago order, like all these orders, is flawed: It does not apply to people who come to Chicago from other hotspots within Illinois, but it does apply to people who come from specific areas within states that have low COVID counts. Moreover, the order fails to exempt individuals who have tested COVID-negative just before entering Chicago because these people “can develop symptoms and become contagious up to 14 days from their last exposure.” At the same time, it fails to acknowledge that sick people are less likely to travel, and the rate of transmission for asymptomatic individuals seems to be lower than that for symptomatic people.

Compliance with such orders effectively kills tourism, as well as a significant amount of business activity. Yet city officials in cities like New York and Chicago do not offer estimates of the potential harms that result from allowing free movement across state lines of people who test COVID-negative, nor do they give any sense of the expected losses, possibly in the millions of dollars, from their policies. In the effort to control COVID-19, we must remember that the dangers of over-deterrence have to be weighed against those of under-deterrence.