The war in Ukraine has decisively confirmed the arrival of a new missile age. This era is characterized by a surge in the global supply and demand signals for both missile-based delivery systems and the means to counter them. In addition to the morale of the Ukrainian people and intelligence for targeting support, it is a conflict defined by the mass use of precision fires. 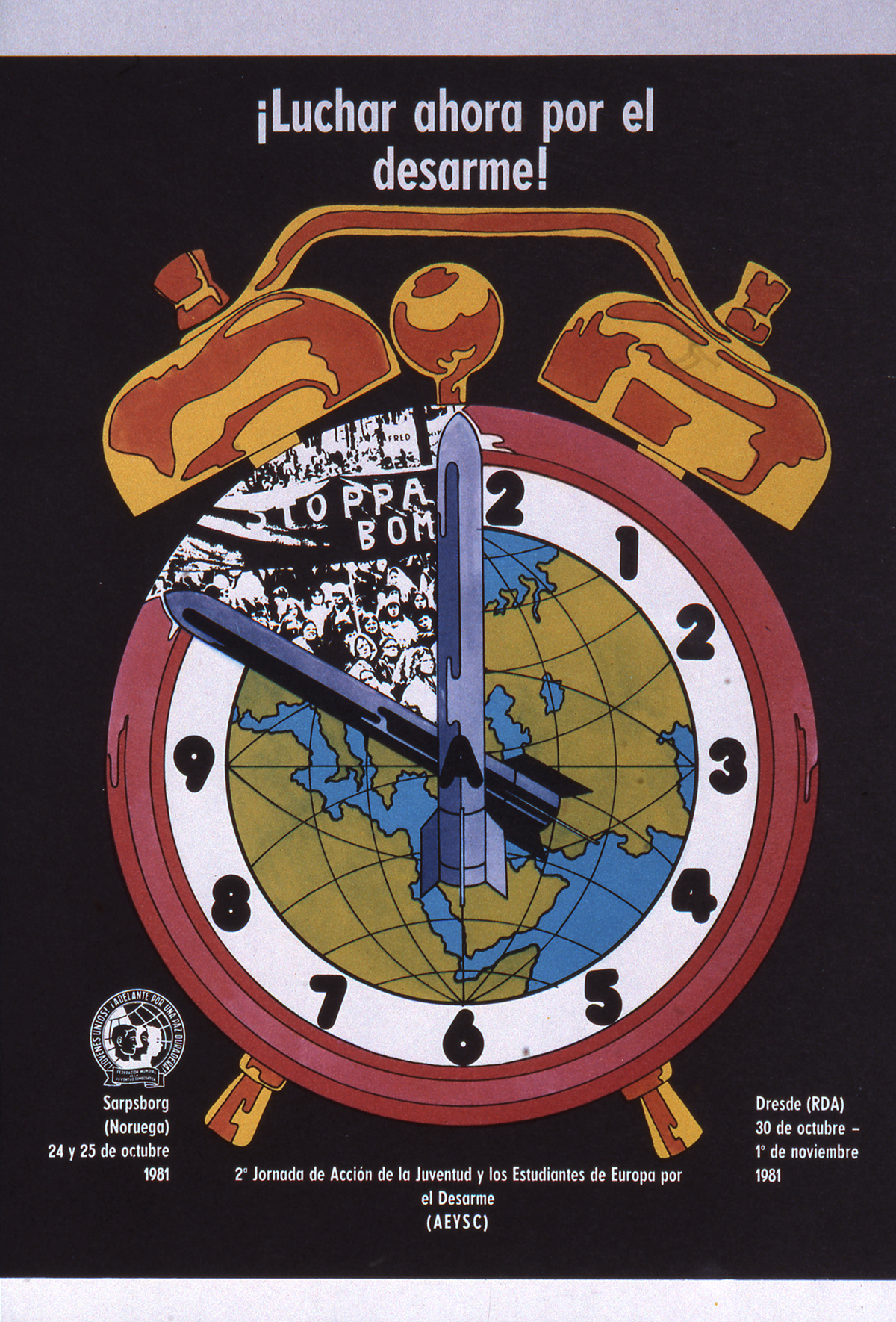 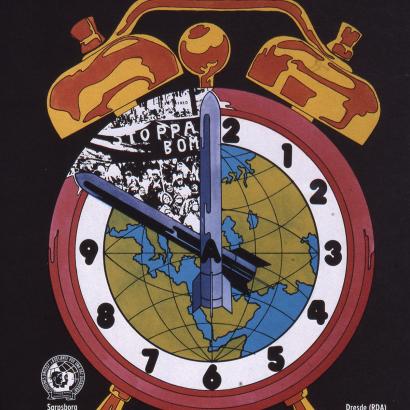 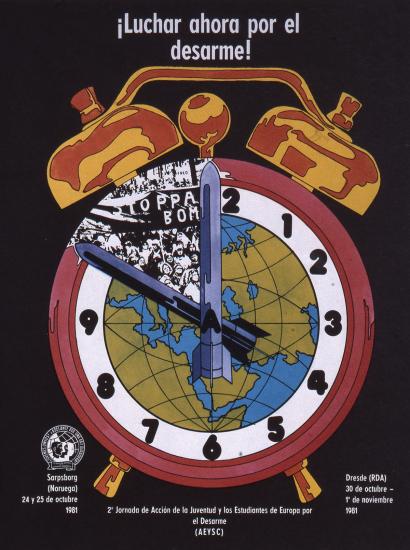 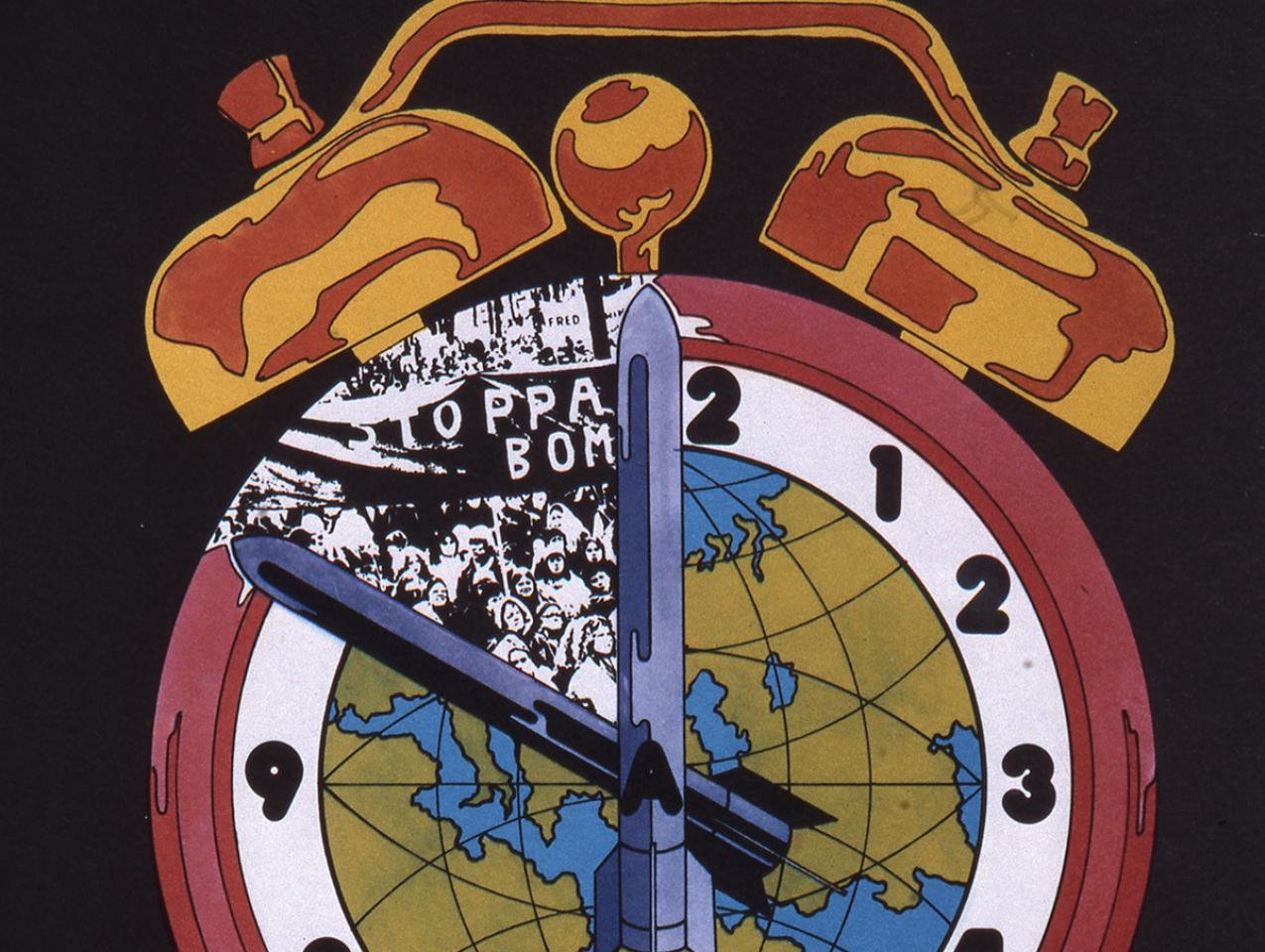 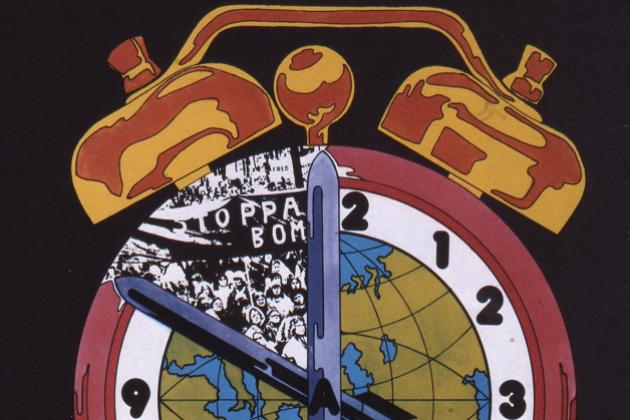 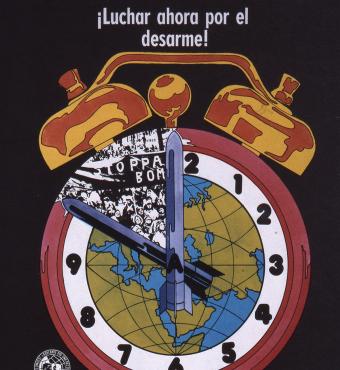 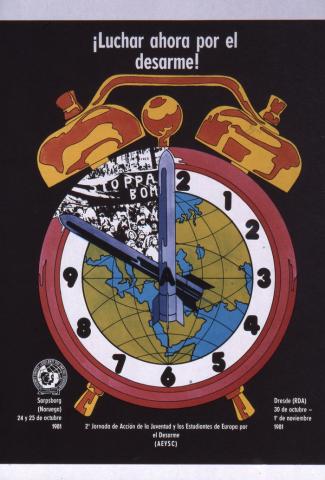 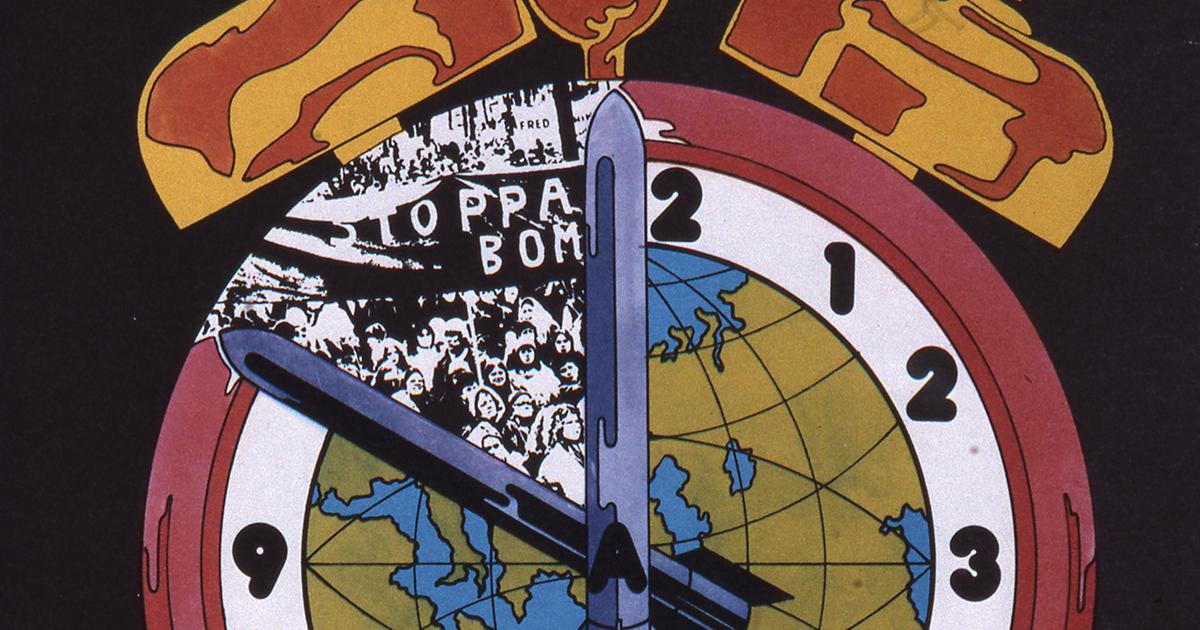 The war in Ukraine has decisively confirmed the arrival of a new missile age. This era is characterized by a surge in the global supply and demand signals for both missile-based delivery systems and the means to counter them. In addition to the morale of the Ukrainian people and intelligence for targeting support, it is a conflict defined by the mass use of precision fires. The threat of Ukrainian air defenses has impeded the free rein of Russian air forces, and thousands of Russian missiles have done the same to Ukraine. All of this occurs under a nuclear shadow and continued Russian nuclear saber-rattling. How well the threats of nonnuclear air and missile attack are handled will shape the prospects of future nuclear proliferation.

This conflict’s primacy of long-range standoff weapons—missiles of all stripes—confirms a much longer trend. Decades ago, the primitive guidance of Scuds led to them being categorized as a boutique or terror weapon, rather than one with military effect. No more. The diffusion of precision guidance—and advanced intelligence and targeting systems—have made them effective and indispensable. Russia has pounded Ukraine for months with precision missile fires—the largest volume of ordnance in Europe since World War II—exacting a heavy toll on economic infrastructure, military forces, and population, even as it has failed at combined arms and many ground assaults. Iran, Azerbaijan, and Armenia have used precision missiles extensively in regional conflicts. As Assistant Secretary of Defense John Plumb testified in May, “Offensive missiles are increasingly weapons of choice for Russia, China, North Korea, and Iran, for use in conflict and to coerce and intimidate their neighbors both in peacetime and crisis.”

The United States has been slow to take these lessons to heart. For decades, the U.S. and other countries took air superiority for granted as a kind of birthright. Investments in air and missile defense are not commensurate with the increasing density of Chinese ballistic missiles in the Indo-Pacific, or the potential for long-range cruise missile attacks against the mainland United States.

Warnings against this hubris came many times over the years, in the form of drone- and missile-centric wars in Nagorno-Karabakh, the 2014 attack on Crimea, the missile attacks on the Saudi and Emirati oil fields in 2019, and Iran’s 2020 ballistic missile attack against U.S. forces in Iraq. So confident were U.S. policymakers in their focus on counterterrorism and rogue states that by 2012 the U.S. Army had largely divested its regular force of short-range air defenses. Only a few years later, the Army reversed course, and in 2016 made air and missile defense one of its top five modernization priorities. The U.S. military has been scrambling to acquire capable defenses against both drones and cruise missile defenses. Important new capability will arrive in the coming years, but playing catchup will take time.

Air defense cannot win a war, but its absence can lose one rather quickly. The past neglect explains why much of U.S. security assistance to Ukraine has been older weapons: the Army is stretched thin on more modern air and missile defenses. Systems sent include thousands of Stingers—of Afghanistan fame in its war against the U.S.S.R.—both man-portable and those launched from Avengers, some of which were produced decades ago. Another item, pulled from an early drawdown, was a Cold War-era S-300 surreptitiously relocated to Redstone Arsenal in Alabama. Long-retired HAWK launchers, out of service for the U.S. Army since the mid-1990s, were also sent. Two batteries of NASAMS cruise missile defenses—a Norwegian system primarily operated by the United States only in the national capital region, has also been used to great effect. Finally, in a major gesture of political support, the United States is now sending their premier air defense system, Patriot, but only one out of 60 or so batteries. All this may sound like a lot, but their capacity is dwarfed by the numbers of offensive Russian missiles, and as a result their interceptors are being expended at fantastic rates.

When Zelensky visited Washington in December 2022, he again reaffirmed his plea for air defenses, and there is no doubt of Ukraine’s need. In a press gaggle, he quipped that after the Patriot battery was delivered, he would then signal to the Biden administration that he needed more. But that seems unlikely. There are just not enough air defenses lying around. It is an unfortunate but unsurprising consequence of decades of taking air superiority for granted.

By spotlighting the costs of a munitions deficit, these events have been a wakeup call for the defense community, and in particular the world of defense acquisition. The 2018 and 2022 National Defense Strategy documents seem to envision a “blunting” strategy to pursue deterrence by denial rather than deterrence by punishment, and to do so especially with nonnuclear means. These hard lessons must be heeded to deter aggression elsewhere in the world. China has been watching the Ukraine conflict as closely as anyone. They will learn from Russian failures and compensate for them in creating an advantageous position to attack Taiwan or other neighbors.

Now it is time to internalize the implications of this new missile age: an age of vulnerability to air and missile attack, a need for active defenses, and the demand signal for the thousands of munitions that would be expended in any major-power conflict. The United States’ overwhelming conventional overmatch through the 1990s and 2000s has allowed the military to reduce its reliance on nuclear weapons to deter the next Putin. Without a renewal of conventional munitions stockpiles, and the air defenses needed to counter those of our adversaries, this posture will come increasingly under question.

The 200 or so Javelin anti-tank weapons President Trump sent to Ukraine were better than blankets, but both they and the aid provided by the Biden administration in the six months or so prior to the 2022 invasion were too little, too late. In retrospect, both administrations were engaging in business-as-usual “munitions minimalism,” delivering well short of what was necessary to deter Russian aggression. The question now is whether the United States is up to the task of becoming a new arsenal of democracy to correct those past habits. Can or will the United States radically increase its defense production rates soon enough to matter?

This discussion has been long in the making. The defense industrial base has been made in commercial industry’s image, with lean, minimal inventories and just-in-time supply chains optimized for peacetime and prioritizing unit cost over resilience and the capacity for victory. The apostle of munitions production has been Bill LaPlante, Undersecretary of Defense for Acquisition and Sustainment, who has emphasized the need to reorient toward mass munitions production to anyone who will listen. To do so, the United States must break a risk-averse acquisition culture terrified of a future inspector general investigation into “building too many Tomahawks.” A reform of our foreign military sales process is also in order, with a preference for commonality over bespoke solutions, so that missiles and munitions can be traded among allies in a pinch. What a few years ago was an academic discussion about “the return of mass” has become a defense planning reality. The astonishing rates of fire by both sides in Ukraine has put all doubt aside.

Congress was initially slow to listen. This spring, it looked like the Biden administration’s Critical Munitions Fund might not be approved. When the annual defense authorization act was passed in December, one provision, Section 1244, included a multi-year procurement authority for tens and hundreds of thousands of antiship, antiair, and strike missiles, as well as artillery and air defense. An additional ten billion dollars was authorized for Taiwan alone, but much of that will not be delivered for years. A bipartisan consensus is emerging that the world cannot afford for the United States to run lean on munitions. The question now is whether Washington is willing to develop a new arsenal of democracy to correct it. Can or will the United States radically increase its defense production to rearm, at a rate fast enough to matter?

That which matters most, of course, is the capability of the United States and its allies to deter major conflict with China. If assistance to Ukraine has exhausted large stocks of munitions, a conflict with China would demand far more. To rebuild its arsenal and its capacity to be an arsenal of democracy, America should look and rely upon its alliance network, an asymmetric advantage that China and Russia lack. Allies in the Indo-Pacific have independently begun to wake up to the rise of China. Japan’s FY2023 budget includes building 1,000 Type 12 missiles later in the decade, alongside plans to acquire 500 Tomahawk missiles from the United States in the nearer term. Tokyo is also planning to double its defense budget from 1% to 2% of GDP. Australia, too, is underway with a substantially more ambitious national defense strategy. Canberra plans to acquire Tomahawks as well as multi-mission SM-6 missiles. Numerous other countries have been approved for HIMARS and GMLRS, and tens of billions of dollars of orders are now on backlog. What will it take to meet these orders? The Defense Department is already taking steps to double or triple our GMLRS production. Yet the workforce training and the supply chains cannot be turned on overnight. At some point, it may be too late.

And that is a bleak, all-too-possible future reality. In the days after the February 24 invasion of Ukraine, former prime minister of Japan Shinzo Abe declared, in a striking break from precedent, that Japan should explore a nuclear sharing arrangement with the United States, like that of the United Kingdom. Kurt Campbell, the National Security Council’s Indo-Pacific coordinator, recently warned that American allies in that region threatened by China’s growing arsenal are considering developing nuclear weapons of their own. Similar warnings were recently made by the Saudis, long rumored to have a latent nuclear capability. President Biden himself has declared that the attempt to revive the Iran Deal is “dead.” Iran’s neighbors are preparing for what comes next.

At the end of the day, the possibility of deterrence through nonnuclear means also must not be taken for granted. Two decades of distraction come with a cost. For this reason, the challenges of the next decade will come against a backdrop of heightened nuclear risk. This new missile age is still very much a nuclear age. If conventional forces are not produced in sufficient quantities to resource a strategy of deterrence by denial, the need for deterrence by retaliation will become increasingly necessary. In that world, nuclear proliferation to allies like Japan, South Korea, and even Australia may be plausible, even necessary.

This does not have to happen. Ukraine has also shown that our conventional forces, including most prominently long-range fires and air and missile defense, can be a powerful means to tailor deterrence and reduce rather than increase our reliance on nuclear weapons. This is an avenue that allows the United States to leverage its unique advantages with allies and partners. It will, however, take a concerted effort, and nothing less than a renewed commitment to arsenal building. But if conventional deterrence does not succeed with sufficient missile and munition production, the alternative path will be bleak. The next missile age could become a dark age.