The Islamic Republic of Iran remains one of the world’s worst human right abusers: it has the highest executions per capita; it constantly crushes peaceful assembly and freedom of expression; and it harshly persecutes human rights defenders and civil society activists. 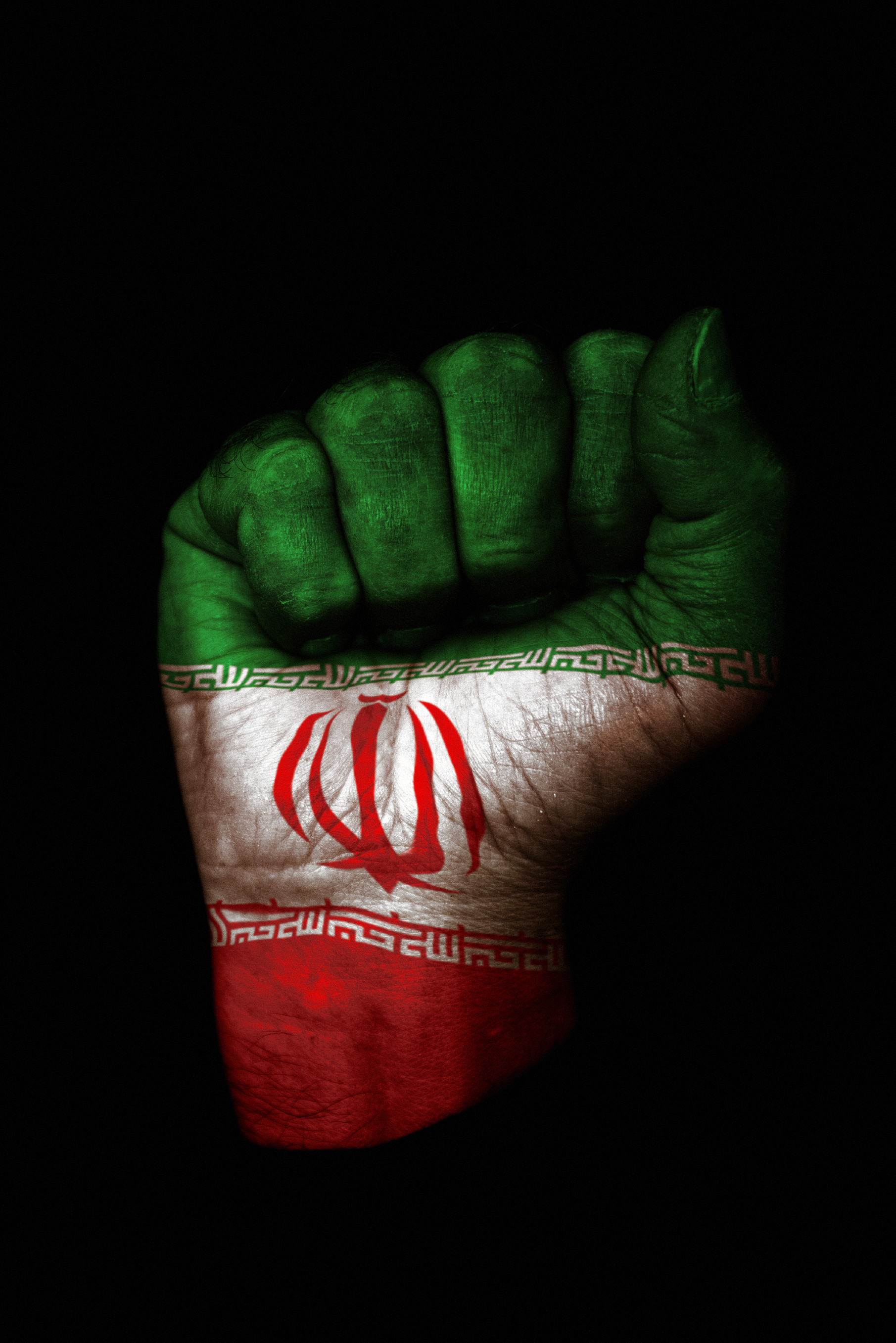 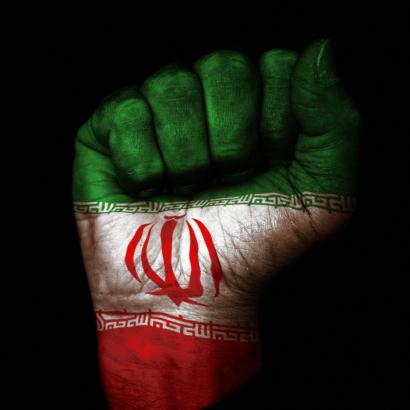 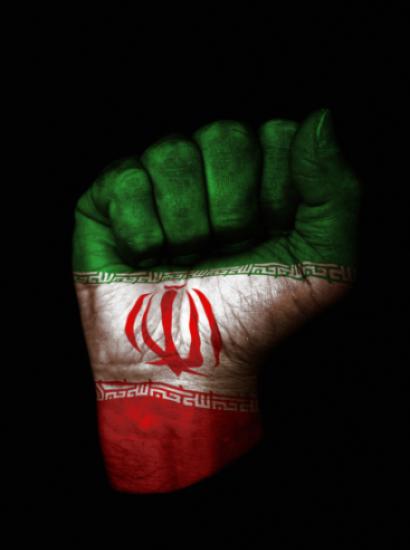 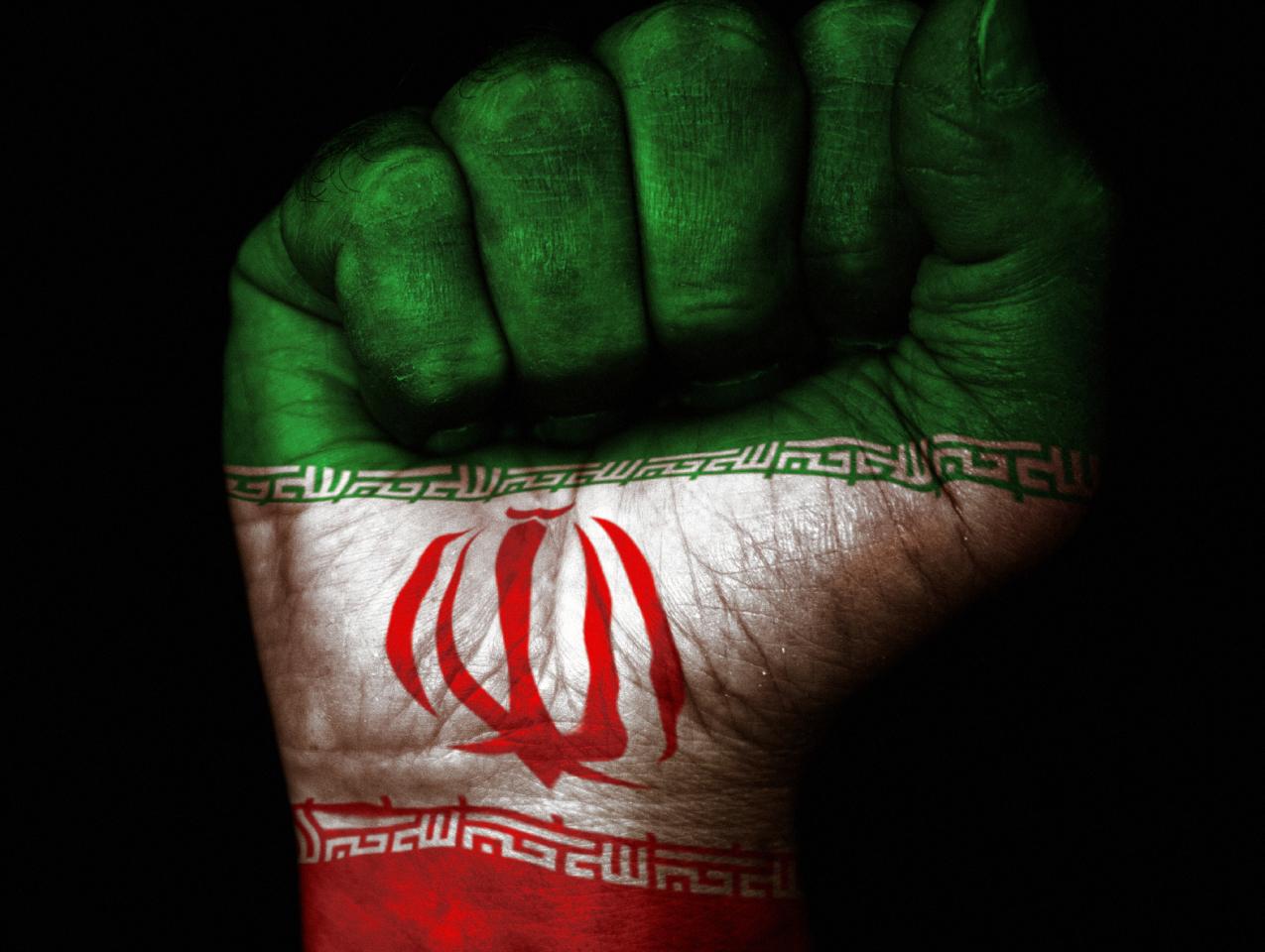 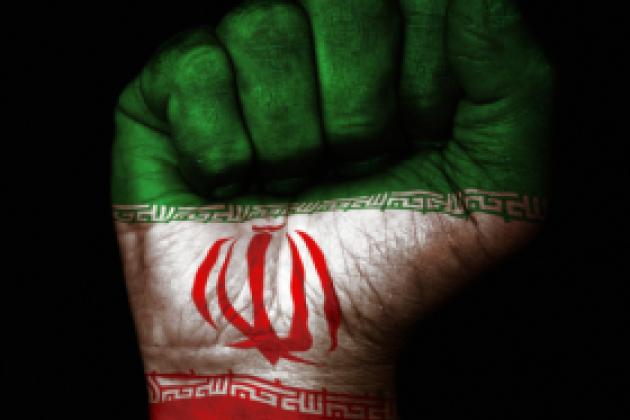 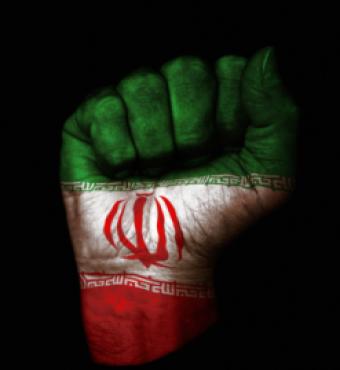 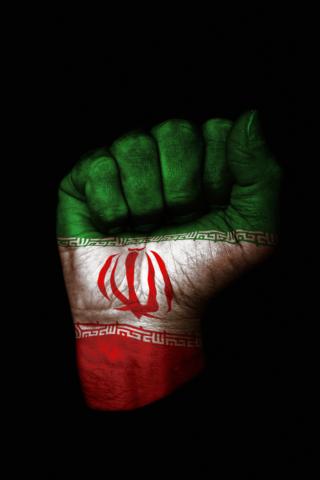 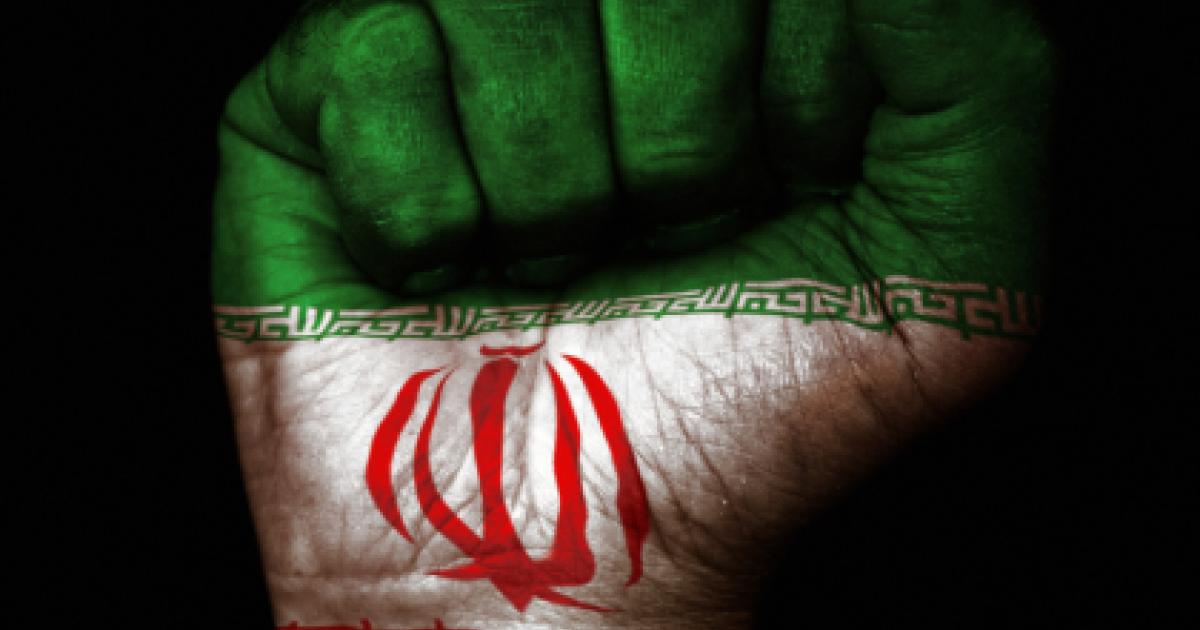 The Islamic Republic of Iran remains one of the world’s worst human right abusers: it has the highest executions per capita; it constantly crushes peaceful assembly and freedom of expression; and it harshly persecutes human rights defenders and civil society activists. From the perspective of the Iranian regime, what the West defines as Iran’s “human rights” problem is actually a deadly serious political problem. It is about safeguarding the inviolability of Iran’s theocratic and authoritarian political system by denying civil and political freedom to its subjects. Yet, despite the regime’s appalling record of human rights abuses, the free world, of which the US claims moral leadership, has repeatedly failed to stand up to it. For in the US policy calculation, human rights in Iran must always give way to issues of higher order, such as Iran’s nuclear file.

During the Obama administration, US policy towards Iran was laser-focused on preventing the development of nuclear weapons. President Obama’s preoccupation was understandable: curbing Iran’s nuclear capabilities was good for American and international security, and as a singular objective it was achievable. For the Obama administration, nuclear negotiation with Iran took precedence over everything else, including human rights. Many Iranians who looked to the US as the beacon of liberty in their struggle for civil and political rights still bitterly remember how they were abandoned in 2009. Millions of Iranians took to the streets of Tehran that year to protest against the rigged election for President Mahmoud Ahmadinejad’s second term. President Obama kept silent when the security forces brutally cracked down on protestors, and later expressed only very restrained criticism against the regime’s violence, fearing a harsh response would jeopardize any chance of a potential engagement, although Iran during Ahmadinejad’s presidency welcomed no such dialogue.

In 2013, when Hassan Rouhani ascended to the Iranian presidency, he promised more nuclear transparency and political tolerance. Yet it was evident that the regime, led by Supreme Leader Ali Khamenei, and the hardliners surrounding him, had no interest in loosening their grip on society. Iran’s human rights record did not improve under Rouhani’s so-called moderate presidency.1 As President Obama renewed his effort to push for nuclear talks, Iranian-American scholar Ray Takeyh proposed that the US include a human rights component in negotiations, as had been done during the Helsinki Accords with the Soviet Union.2 Pressured by the US electoral cycle and the need to reach a deal before the end of his term, President Obama significantly lowered his expectations for the negotiation. A Helsinki Accords style agreement with Iran was thus out of the question – the issue of human rights was sacrificed for non-proliferation objectives yet again.

The Obama administration believed that engaging the Islamic Republic on the nuclear deal – formally known as the Joint Comprehensive Plan of Action (JCPOA) – would incentivize the regime to change its malign behavior. It was wishfully assumed that the deal would foster more political tolerance and less human rights abuses. In reality, the regime doubled down on its repression of civil society, women’s activism, general freedom of expression, and entrepreneurial endeavors that promoted closer business ties with the West. The regime was worried that the JCPOA would lead to a liberalization that could be the beginning of the regime’s end. A cautious optimism among many Iranians was nipped in the bud.

In May 2018, President Trump declared that the US was withdrawing from the JCPOA. Having underscored the inadequacies of the deal, but failing to bring the regime to negotiate further, he re-imposed sanctions in order to coerce the regime to negotiate a more comprehensive deal, or severely constrain its ability to destabilize the region. Although the Trump administration condemned Iran’s human rights abuses at times, it was often seen as merely a rhetorical posture. To the disappointment of many, President Trump’s twelve preconditions for a new deal with Iran did not include human rights.

The Trump administration’s maximum pressure campaign and unprecedented sanctions put Iran’s already troubled economy under further duress. Angered by fuel price increases in November 2019, disgruntled Iranians across the country again took to the streets. The regime did not hesitate to respond violently. According to Reuters, about 1,500 people were killed in the unrest – the largest since the Islamic Republic’s founding.3 While the regime might have eventually had to bow to US pressure and negotiate a truly comprehensive deal involving human rights, in the short term, it adopted a “maximum resistance” countermeasure. This meant weathering US sanctions through the sheer size of the Iranian economy and maintaining stringent control on its citizens through unrelenting repression. The regime hoped that – should Donald Trump lose the 2020 election – a Democratic administration would undo the “maximum pressure” policy and rejoin the JCPOA.

Beset by external and internal crises, the regime carried out a number of high-profile executions in 2020 to deter would-be challengers of the regime’s supremacy. Most notably, champion wrestler Navid Afkari was allegedly tortured and forced into confessing to fatally stabbing a security guard during the 2017-18 protests that rocked the country. While his confession was never investigated, Afkari was convicted, sentenced to death, and executed in September. Afkari’s execution caused broad international opprobrium. In December, dissident journalist Ruhollah Zam, who was lured from France to Iraq, where he was kidnapped by the Iranian intelligence service, was condemned to death by Tehran’s Revolutionary Court for his role in the 2017-18 protests. Zam was quickly hanged despite widespread uproar from international human rights activists. The executions of these two political offenders were theatrically staged to demonstrate the regime’s determination to clamp down on any open expression of discontent by Iranians, both in the country and abroad. The regime’s brutality elicited limited censure from Western governments. It took widespread outcry on social media for a business forum scheduled to take place two days after Zam’s execution to be canceled, as top European diplomats were scheduled to attend and promote European investment in Iran.

During his campaign and after his election, President Biden has declared an unequivocal intention to restore the nuclear deal, although he also concedes the need to strengthen it. He has not strayed from calling out the regime’s human rights violations. However, neither the president nor his foreign policy officials have articulated how the administration will engage the regime in addressing other concerns about its behavior, including human rights, if the US returns to the JCPOA. By doing so the administration will relinquish its most effective leverage, i.e. the banking and oil sanctions that have pushed the regime to the brink of bankruptcy.

The prospect of the US being able to take a stand against Iran’s human rights abuses appears bleak. In spite of objections from human rights activists and others for his appeasement views, Robert Malley was picked by President Biden as his Special Envoy for Iran. As the Iranian Parliament presses the US for a deadline to lift sanctions, President Biden’s National Security Adviser, Jake Sullivan, has also announced an accelerated timeline for reviving the JCPOA. Such announcements echo President Obama’s policy toward Iran, when curbing proliferation outweighed everything else. If the Biden administration adopts this stance, the issue of human rights in Iran will likely never go beyond the margin of US policy debates. The Iranian regime’s human rights violations may well be subordinated to the utilitarian “higher good” and relegated once more to mere lip service from the US government. American leadership needs to realize that promoting civil and political freedom in the country is not just a moral imperative, but also vital to US national security and interest.

As seen in Iran following the conclusion of the nuclear deal in 2015, Iran’s human rights condition is unlikely to improve through Obama-style engagement. On the contrary, such engagement tends to backfire and intensify the regime’s malign behavior. Therefore, the United States should instead maintain moral solidarity with freedom-seeking Iranians and implement measures against the regime for its human rights abuses. A good start would be to establish a congressional commission to monitor human rights violations in Iran and provide material and moral support to Iran’s civil and political activists. Moreover, the United States should impose targeted sanctions, through the Magnitsky Act, on Iranian entities and individuals involved in such abuses.

By underscoring political freedom and human rights in Iran, the US can strengthen the agency of the Iranian people, at the expense of the regime, in determining the fate of their country. More political freedom would help prevent the regime from exercising its dictatorial malice inside and outside Iran. This is the only way in which the US can push Iran towards a more responsible role in the international community. Appeasing the regime by giving in to its extortion, nuclear or otherwise, is a road to failure.

This work cannot be done overnight. It requires an enduring political commitment to create and implement an effective strategy. Regardless of the challenges, American leaders should not hesitate to undertake such a task. They need only be reminded of Pope John Paul II’s message in 1978 to the oppressed people behind the Iron Curtain: “Be not afraid!” This simple message inspired and galvanized millions, in the Pope’s native Poland, to defy the communist dictatorship by demanding civil and political rights. It eventually helped to bring about, not only the end of communist rule in Poland, but also the total collapse of communism in Eastern Europe.

Wang Xiyue is a Jeane Kirkpatrick fellow at the American Enterprise Institute and a Ph.D. candidate in history at Princeton University. He was imprisoned in Iran from August 7, 2016, to December 7, 2019.