As a young man, Egypt’s legendary playwright, Tawfiq Al Hakim had worked as an assistant to the Attorney General in the Egyptian countryside. There he would witness firsthand the dismal state of the country’s fellahin and the grave injustices Egypt’s rural population lived under. The experience would leave a profound impact on the young author and would shape his views of Egypt’s ills and the necessity for social change that became evident in his literary works. 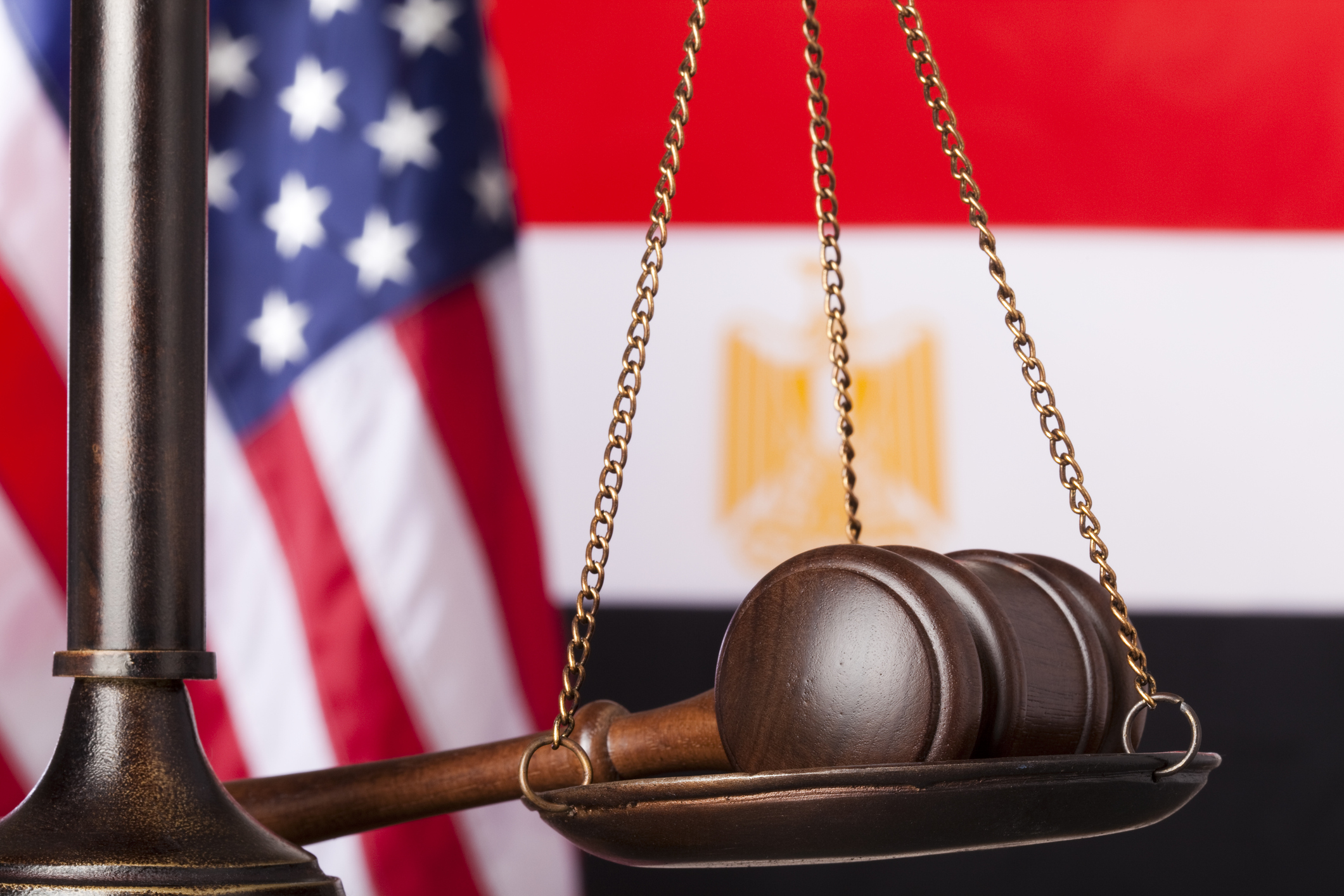 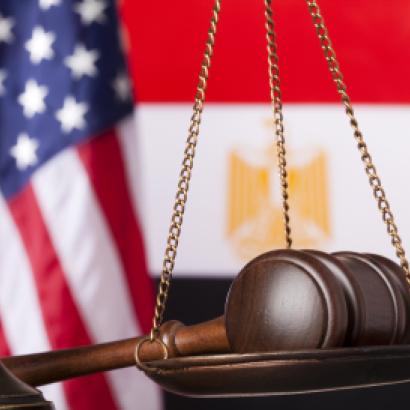 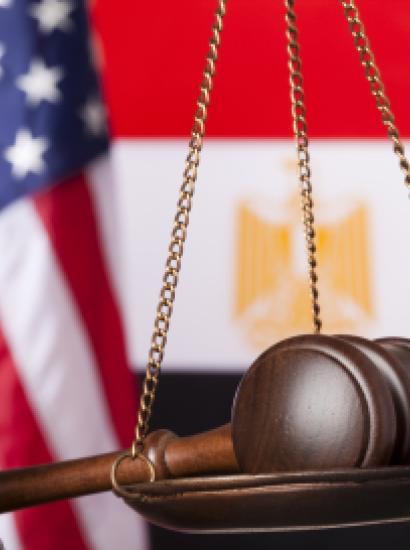 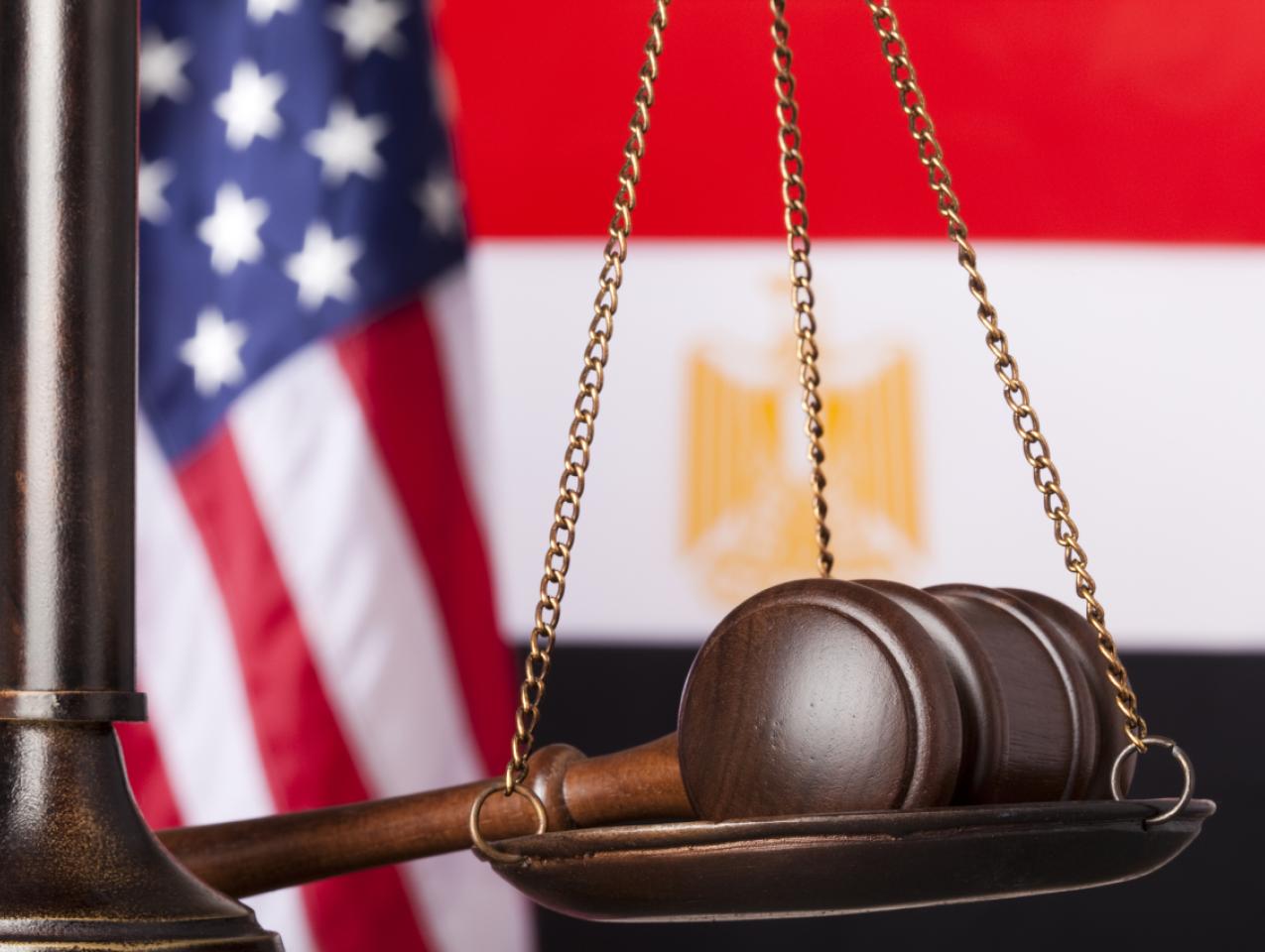 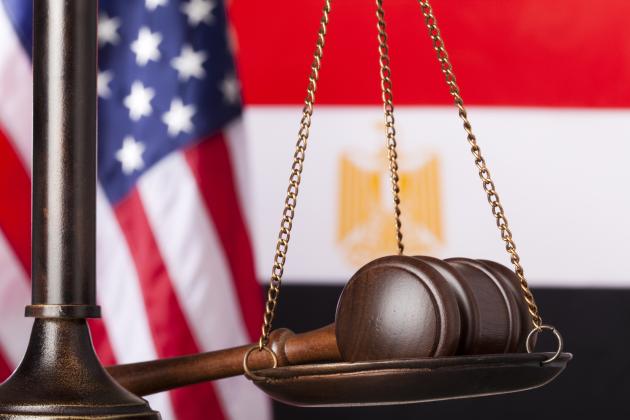 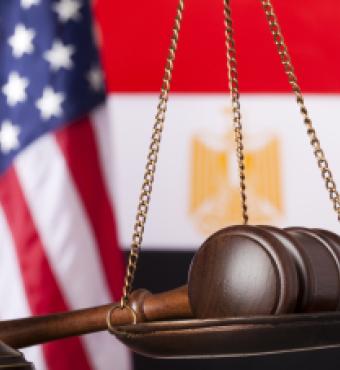 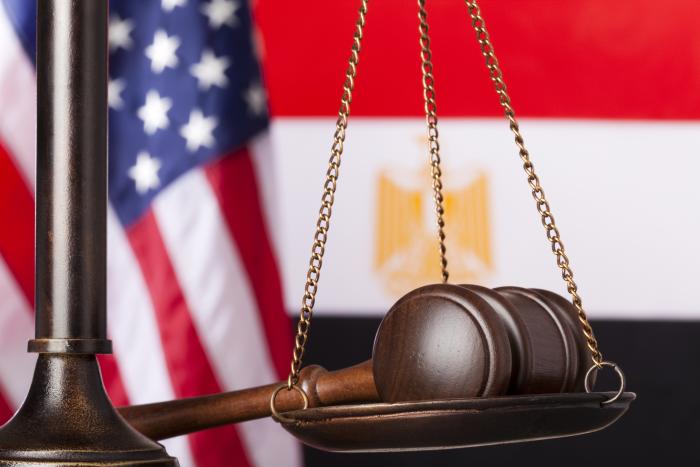 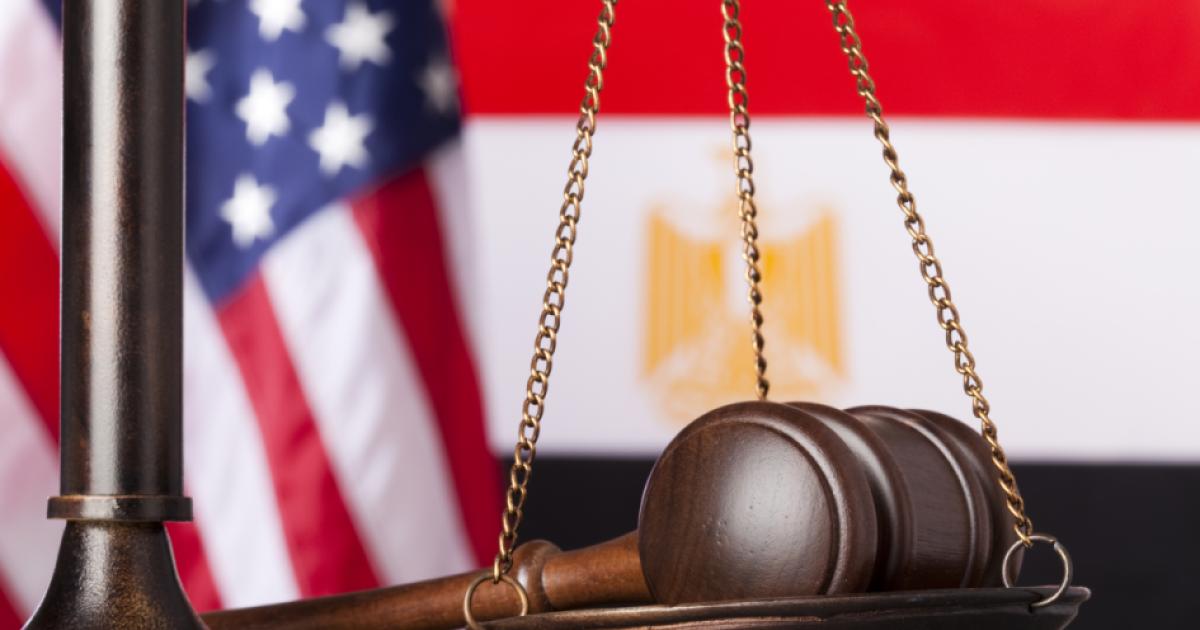 As a young man, Egypt’s legendary playwright, Tawfiq Al Hakim had worked as an assistant to the Attorney General in the Egyptian countryside. There he would witness firsthand the dismal state of the country’s fellahin and the grave injustices Egypt’s rural population lived under. The experience would leave a profound impact on the young author and would shape his views of Egypt’s ills and the necessity for social change that became evident in his literary works.  Most importantly, however, it was Al Hakim’s brief legal career that would produce one of his most brilliant works; Diary of a Country Prosecutor. Published in 1937, the novel achieved wide success and was translated into many languages, including English in 1947 by none other than the future Israeli Foreign Minister, Abba Eban. In this novel, describing life in the Egyptian countryside, his main character, modeled on the playwright himself, speaks for Al Hakim when he says “I realized that human life has no value in Egypt; for those who are supposed to care about it care very little.”

Many decades have passed since Al Hakim’s novel, but the misery of Egypt’s population and his conclusion on their worthlessness in the eyes of those who rule them still rings true today. Two months ago, in the midst of the Covid pandemic, a short video filmed inside a hospital emergency room in Sharkia province caught the country’s attention. The video showed every patient dead, as the hospital’s supply of oxygen had run out, and in what became an iconic image, a crying nurse sitting helplessly on the floor. Faced with a public uproar, the Egyptian government took swift action - not in solving the problem, but in denying the story and threatening the person who filmed the video. Earlier, the country had kicked out a foreign journalist for questioning the government’s official tally of Covid victims and threatened anyone who publishes “false information” regarding the pandemic with five years in jail. Just as Al Hakim had written in 1937, in 2021, human life still had no value in Egypt.

What can be done? Today the Biden administration’s Middle East team is occupied with this question. True, other regional problems seem more pressing, and Egypt’s strategic value has vastly diminished throughout the years, but there is no ignoring the Arabic speaking world’s most populous country. For an administration that has committed to stand up for democracy and human rights, Egypt’s dismal record cannot be overlooked. But if the administration is to address human rights abuses in Egypt, not just rhetorically through statements and condemnations that achieve no result, but rather through actions that result in meaningful change, it must begin by acknowledging the failures of past prescriptions.

For the past twenty years, the debate about Egypt in Washington has been caught in a time warp. Despite all the change the country has undergone - from a revolution, a Muslim Brotherhood regime, and a popular coup - the punditry’s arguments have remained the same. On the one side are those constant articles and editorials published in America’s leading newspapers lamenting the human rights abuses in Egypt and the need for the Biden administration to do something, anything, to change the country’s trajectory. And who could blame them? Not only has Egypt’s miserable record on human rights remained intact throughout those years, disappointing both those Egyptians and Western observers who had clung to the false promise of an Arab Spring, but conditions have actually worsened. Neither Mubarak nor Sadat, neither of whom could be mistaken for a friend of liberty, could boast of the record Sisi has achieved in his seven-year tenure with tens of thousands languishing in Egypt’s jails, the country’s media under complete government control, and Egyptians scared to voice their opinions lest they end up on the regime’s radar.

Nor has the counter argument changed much. Egypt remains a key U.S. ally, and while conditions in the country may leave a lot to be desired, there is no alternative to the current regime. A return of the Muslim Brotherhood to power would be a disastrous outcome, not just for the United States, but for the Egyptians themselves. Those pundits making the argument may not go as far as echoing the popular saying amongst the Egyptian regime’s supporters - at least we are not Iraq or Syria - but they come pretty close. As an outsider, the United States could only hope for stability in Egypt as the country is threatened by internal and external security challenges. Best to support the regime and maintain U.S. interests – everything from the peace treaty with Israel to military advantages provided by Egypt.

What is striking about both those arguments is that they have not changed much over the past twenty years. Simply replace the names of Biden and Sisi, with Bush, Obama or Trump on the one hand and Mubarak on the other, and the same articles and arguments on democracy promotion could have been published in 2005, 2009, or 2013. But perhaps most tragically is the fact that those very prescriptions have resulted for the past twenty years in no positive outcomes. There was pressure under Bush, only for that pressure to weaken as election results in the region and the country alarmed the administration. Democracy promotion was initially too toxic for Obama, before the administration fell for the illusions of democratic change in 2011. One could give at least some credit to Trump for consistency, embracing the man he called “his favorite dictator,” but the fact remains that nothing seems to have worked. Neither pressure, nor embrace, neither continuing aid or threatening to cut it has changed the Egyptian regime’s behavior. To make matters worse, a growing mistrust between the two countries has led Egypt’s rulers to shop for both regional and international allies that threaten the military alliance that is at the core of the relationship.

Further complicating the Biden administration’s ability to formulate a policy that would impact events in Egypt are two significant problems. First, there is today a deep animosity and suspicion that the regime as well as a large segment of the Egyptian population have towards the United States. This mistrust is certainly in part the result of conspiracy theories of the United States’ ill will towards Egypt, but there is no denying that previous policies in regards to the Muslim Brotherhood by the Obama administration have contributed to its growth. Secondly, popular assumptions held in Washington about the ability of the United States to drastically alter the course of events in Egypt are illusionary at best. The course of events in Cairo could not be simply set or reset thousands of miles away. Cuts or threats of cuts in U.S. military aid to Egypt is unlikely to buy the United States the leverage that its proponents imagine. The value of the aid has drastically diminished throughout the years. In 1979, when the aid started, Egypt’s GDP was $18 billion, today the number is $304 billion. But the problem is not simply a financial one. The Egyptian regime views itself as engaged in an existential struggle with its enemies and neither this regime, nor any regime for that matter, will put its life on the line for any amount of U.S. aid.

Does this mean that the United States has no leverage on Egypt and that Egypt’s human rights abuses and closed public square should be simply accepted? No. The United States remains the world’s superpower and Egypt’s relations with the United States continue to be the top priority for the Egyptian regime. But instead of an overall attempt to transform Egypt into a democracy - an outcome that has no possibility of success - the United States should instead focus on some key areas where meaningful change is possible and where the United States has the ability to change facts on the ground.

The first area is freedom of the press and access to information - both are denied to Egyptians. While the United States should continue to defend the principle of free speech as well as those courageous voices that attempt to provide an alternative voice to the government line, the Biden administration should utilize the available tools in its own arsenal to remedy the lack of access to information and news.  The Embassy in Cairo should regularly address conspiracy theories and anti-American rhetoric by the Egyptian regime-controlled press, as well as through the Congressionally funded Al Hurra channel.

The second area is that of religious freedom. Egypt presents itself to the world as a beacon of light in a region where religious minorities, especially Christians are constantly threatened, while at the same time maintaining its discriminatory policies against them. Religious freedom does not threaten the regime’s survival and should be an area where progress can be achieved.

The third area is political freedoms. While the regime claims to be engaged in a life and death struggle with the Muslim Brotherhood and other Islamists, its repressive policies have targeted non-Islamist politicians and public figures critical of the regime. While the Biden administration should continue to raise those issues with Egypt and condemn its repressive measures against all Egyptians, some progress can be achieved in focusing on the release of those who do not pose any threat to the regime, and instead simply wish to contest elections.

The question of how to change conditions in Egypt is not a new one. No less a figure than the founder of modern Egypt, Lord Cromer, reflected on such a challenge. In the pages of his magnum opus, Modern Egypt, Cromer, addressed the horrific practice of flogging by the courbash, which the Egyptian ruling class regularly inflicted on the country’s population and the use of which the British attempted to ban. “The courbash,” Cromer wrote “was employed on every occasion when coercion or punishment was required, but notably for the collection of taxes and for extracting either the evidence of witnesses or the confession of persons accused of crimes.” The British authorities under Lord Dufferin had attempted to ban its use through an official order, which was not entirely successful and about which Cromer wrote “In other words, when Lord Dufferin came to Egypt, he found that the poorer classes of the population were habitually flogged by the agents of the government. He naturally thought that they ought not to be flogged. What, therefore, could be simpler than to issue an order that flogging should cease, and to insist on the execution of the order? There is a “scorn of consequences” and a breezy lightheartedness in the conduct of the courageous Irishman which excites alike admiration and amusement. It is probable, however, that, after all that can be said, he was quite right. The action of anyone who knew Egypt well would perhaps have been more cautious, but it might not improbably have been less effective. Lord Dufferin threw the Egyptian administrator into the water and called out to him from the bank that he must learn to swim as well as he could without the help of his time-honored support.”

Cromer and Dufferin of course had British forces at their disposal as occupiers of Egypt, and could thus, despite setbacks, expect their policies to eventually take hold, but the basic challenge remains the same; how to encourage Egypt, to help Egypt learn how to swim, while avoiding the country sinking in the process.