The proposed law is a profound deviation from our foundational values of equality and freedom for all. 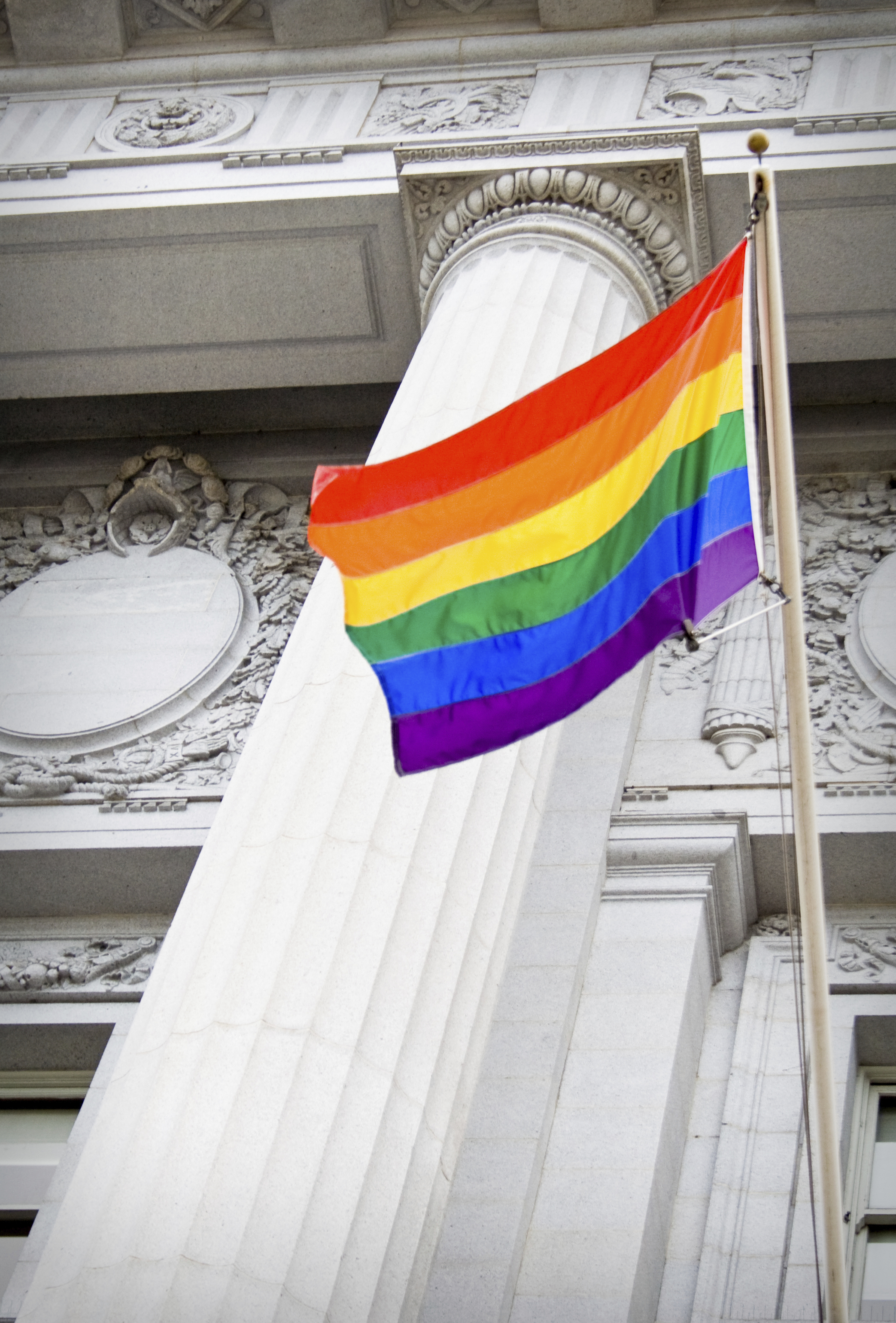 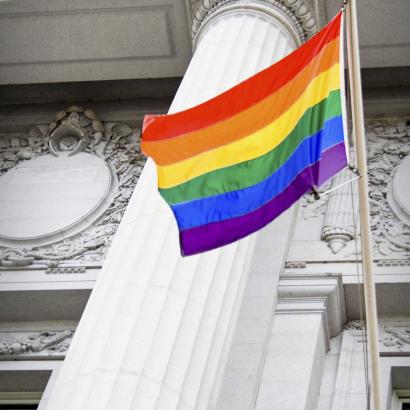 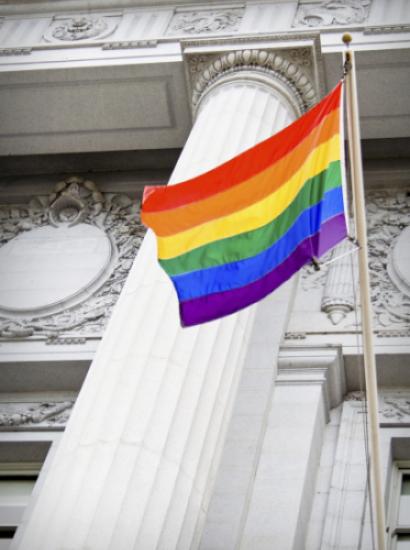 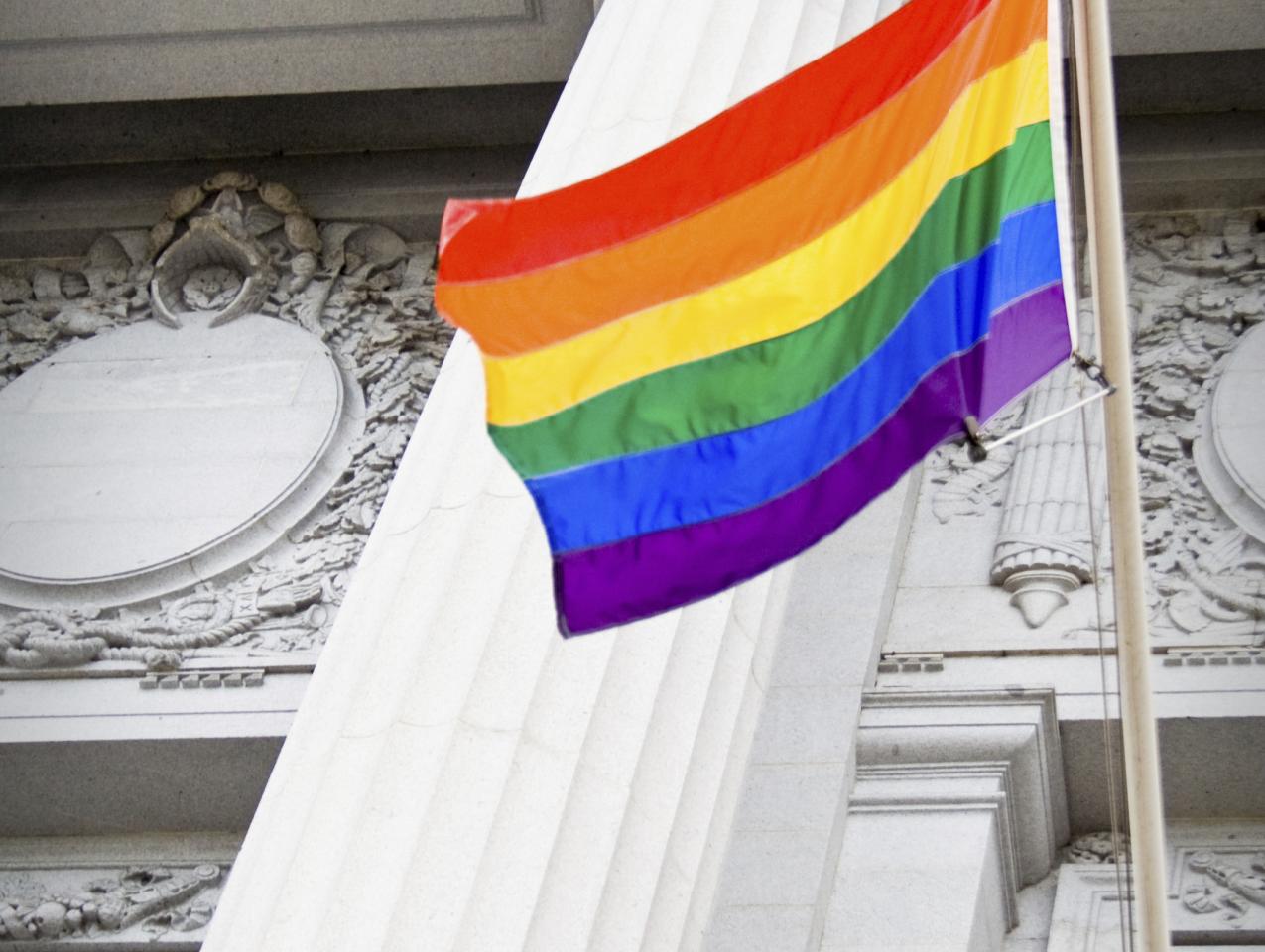 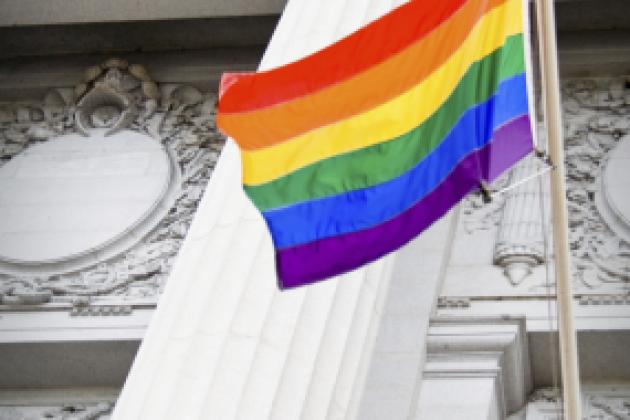 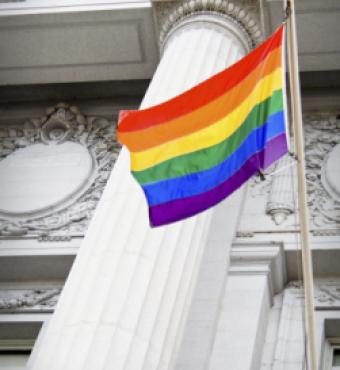 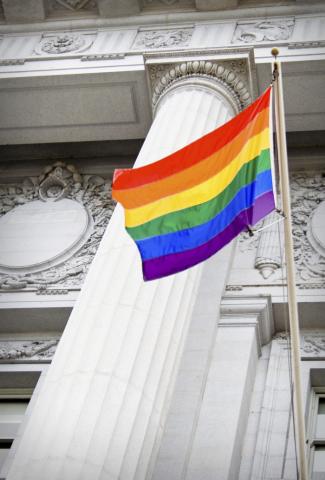 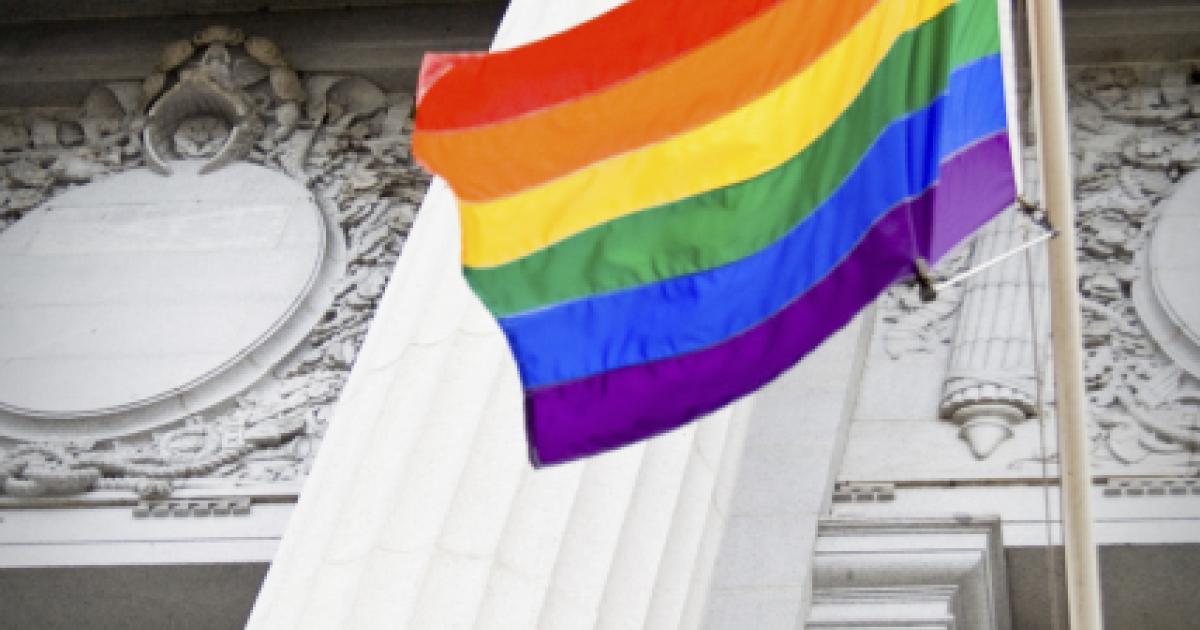 One centerpiece of the Biden administration’s legislative agenda is HR 5, the Equality Act of 2021. Its central move is to expand the definition of sex discrimination to include discrimination on the basis of sexual orientation and gender identity. That expanded definition of sex discrimination is coupled with a broader definition of public accommodations that includes “places or establishments that provide (1) exhibitions, recreation, exercise, amusement, gatherings, or displays; (2) goods, services, or programs; and (3) transportation services.” The legislation, moreover, allows the Department of Justice to intervene in cases of discrimination based on sexual orientation and gender identity, to add its clout to private claimants.

Proponents of girls and women’s sports and religious liberty have issued powerful objections to this expanded definition of sex discrimination. The Act would permit biological males who self-identify as female to participate in girls and women’s sports. Critics, pointing to the dominance of transgender girls in state track and field meets in Connecticut, insist this move comes at the expense of biological girls and women who are unable to compete successfully for medals and scholarships against their biologically bigger and stronger competitors.

In addition, the act contains no explicit exemption for religious organizations that accept the traditional biological definitions of sex in running their own institutions, including single-sex educational and recreational programs. And the act could exclude these programs from receiving federal support for school lunch programs. Indeed, those religious organizations could no longer rely on the strict-scrutiny standard of the Religious Freedom Restoration Act of 1993, but instead would be subject to the more forgiving standard articulated in Employment Division v. Smith (1990). This means that any facially neutral law will bind religious organizations even if they suffer far more serious harms from the prohibition, which in Smith took the form of criminalizing Smith for using peyote for sacramental purposes at a bona fide ceremony of his Native American Church.

Neither of these objections, however, cut much ice with supporters of the Equality Act. After a short debate in the House, the act was passed on February 25 by a vote of 224-206, where all Democrats and only three Republicans voted for the bill. Its fate in the Senate, however, remains uncertain. West Virginia Senator Joe Manchin—often the tie-breaking vote in the 50-50 Senate—is the lone Democratic holdout and has expressed serious misgivings about the legislation. Even his vote would not let the bill pass without a change to the filibuster rule requiring sixty votes to close debate on any legislative measure.

The Democrats’ monolithic front is disheartening for its willful blindness to opposing arguments. One point commonly made in the act’s favor is that the legislation has the “overwhelming” support of the LGBTQ population, typically by majorities in excess of 70 percent. Properly understood, however, that fact offers yet another reason to oppose the legislation. People who abhor discrimination on the grounds of sexual orientation or gender identity are unlikely to practice it in their businesses. And while the Equality Act stresses the persistent discrimination faced by LGBTQ communities, it does not address the movement’s political and cultural power, nor the vast number of public and private programs dedicated to the protection and advancement of LBGTQ and gender-identify claims.

Why then should this powerful group impose its will on the small fraction of firms and organizations that dissent from its dominant ethos? The Equality Act, for example, pays no attention to the precarious position of many evangelical Christian groups. In a footnote of United States v. Carolene Products (1938), famous in legal circles, the Supreme Court articulated a test requiring that extra constitutional protection be afforded to those “discrete and insular minorities” unable to protect themselves through normal political processes. The insular minorities of today are not the same as those of 1938.

Take Jack Phillips, purveyor of the small Masterpiece Cakeshop who has been sued for his unwillingness to make cakes celebrating same-sex weddings, for that would be inconsistent with his religious beliefs. It is easy to say that the availability of alternative bakeries does not address the “dignitary” interests that are compromised when gay couples are denied service on religious grounds. But what of the dignitary interests of this baker, who has been hounded since he first refused in 2012 to make a wedding cake for a same-sex couple?

Phillips—whose case went to the Supreme Court, where his religious liberty rights were partially vindicated—was treated with contempt by the Colorado Civil Rights Commission. In essence, the court sent the case back to the Colorado Commission, which had previously insisted that Phillips could not rely on his bona fide religious beliefs in a commercial context, given that, in its view, freedom of religion has been used to justify the “Holocaust.” This is sloppy reasoning and worse history: the more accurate account is that during the Holocaust, vicious groups deployed dogmatic hatreds to justify the use of force to suppress the religious and ethnic liberties of others. The tragedy of Nazi oppression was not the refusal of bigoted Germans to deal with Jewish customers or merchants. It was the brutal use of public force against the Jewish minority.

Defenders of the Equality Act forget or suppress such historical realities in their partisan appeal to some supposed notion of freedom and equality. Thus, President Biden said that the act represents “a critical step toward ensuring that America lives up to our foundational values of equality and freedom for all.” National LGBTQ groups echoed the same theme by hailing the Equality Act as “a major milestone for equality,” which will “finally allow LGBTQ Americans the ability to live their lives free from discrimination.”

These high-minded pronouncements should not blind us to the explicit discrimination that is baked into the proposed law. How can it be “equality and freedom for all” if devout Americans find that their business and religious practices suddenly expose them to criminal sanctions, after which they will be taxed to support government programs from which they are systematically excluded? The president and his supporters seem to forget that the only form of universal equality gives all individuals ample room to decide with whom to associate and why. That principle is not satisfied if religious individuals cannot refuse to deal with gay people while gay people are allowed to refuse to deal with them.

Just such an imbalance was thrown into high relief in the two concurring Masterpiece Cakeshop opinions of Justices Elena Kagan and Neil Gorsuch. In evaluating Phillips’s case, the Colorado courts had cited an earlier episode in which bakers were allowed to refuse service to a customer requesting a cake quoting a biblical declaration against homosexuality on the grounds that those remarks were “offensive.” Justice Gorsuch used this example to insist on the parity of the two situations. He argued that in both cases, bakers “refused service intending only to honor a personal conviction” and were otherwise happy to sell to gay or religious persons, as the case might be. Justice Kagan, however, argued that the gay bakers were within their rights even though the basic statute also prohibits discrimination on the grounds of religion.

Discrimination on grounds of religion is supposedly covered by the Equality Act, but in practice, the act is being read to reject any two-way street based on a universal principle of equal liberty for all and displays an utter want of parity between parties who fall on the opposite side of the civil rights divide. The modern civil and LGBTQ rights movements use the language of “subordination” and “marginalization” to support their cause, but those terms should also be applied to religious minorities who are discriminated against by the very organizations who march under some false banner of universal rights.

There is, to be sure, an important exception to the general rule of freedom of association whereby common carriers and public utilities, owing to their monopoly position, are under a duty to serve all takers. That is, firms must provide fair, reasonable, and nondiscriminatory terms to all people in the provision of standardized services like rail transportation, gas, and electric power. The underlying notion here is that the monopolist holds too powerful a position when there are no alternative sources of supply. But that exception has no application to firms that operate in competitive industries. The original understanding of a business that is “affected with the public interest” is hopelessly overbroad when the term public accommodation applies to every business, including religious institutions, wholly without regard to their market power.

This basic confusion is further evident in the recent remarks that Senator Charles Schumer made in promoting these false claims of universal freedom and equality. He notes that this “legislation is personal for me and for millions of American families across this country. Just six years ago, LGBTQ Americans like my daughter won the legal right to marry who they love.” But he misses the key distinction between the right to live your own life as you see fit and your right to force those individuals with whom you disagree to supply you with services against their own conscience. The fundamental premise that each person ordinarily has the right to associate with whom they choose does not miss a beat when it is carried over from market arrangements to intimate associations, marriage included. The fact that other individuals find these practices abhorrent only lets them refuse to attend the ceremony, which is why same-sex marriage deserves legal protection. But it is a huge leap from that position to claim that you have the right to force, as a matter of law, people like Jack Phillips to support your activities by taking steps counter to their fundamental religious beliefs.

Religion, like all other belief systems, can be used to defend liberty or to deny it. The same is true of the new crusaders behind the Equality Act. The great tragedy of the misnamed Equality Act is that its ardent supporters are blind to the difference between living your own life and making others bow to your command. And a lot of innocent people will be caught up in the undertow of that progressive mistake.