Europe was never a full partner in its own defense. The very question—Will Europe ever fully partner with the U.S., or will the European Union and NATO continue to downplay the necessity of military readiness?—is no longer meaningful as posed, because the political energies of Europe’s elites are absorbed as they try to fend off attacks on their legitimacy by broad sectors of their population. 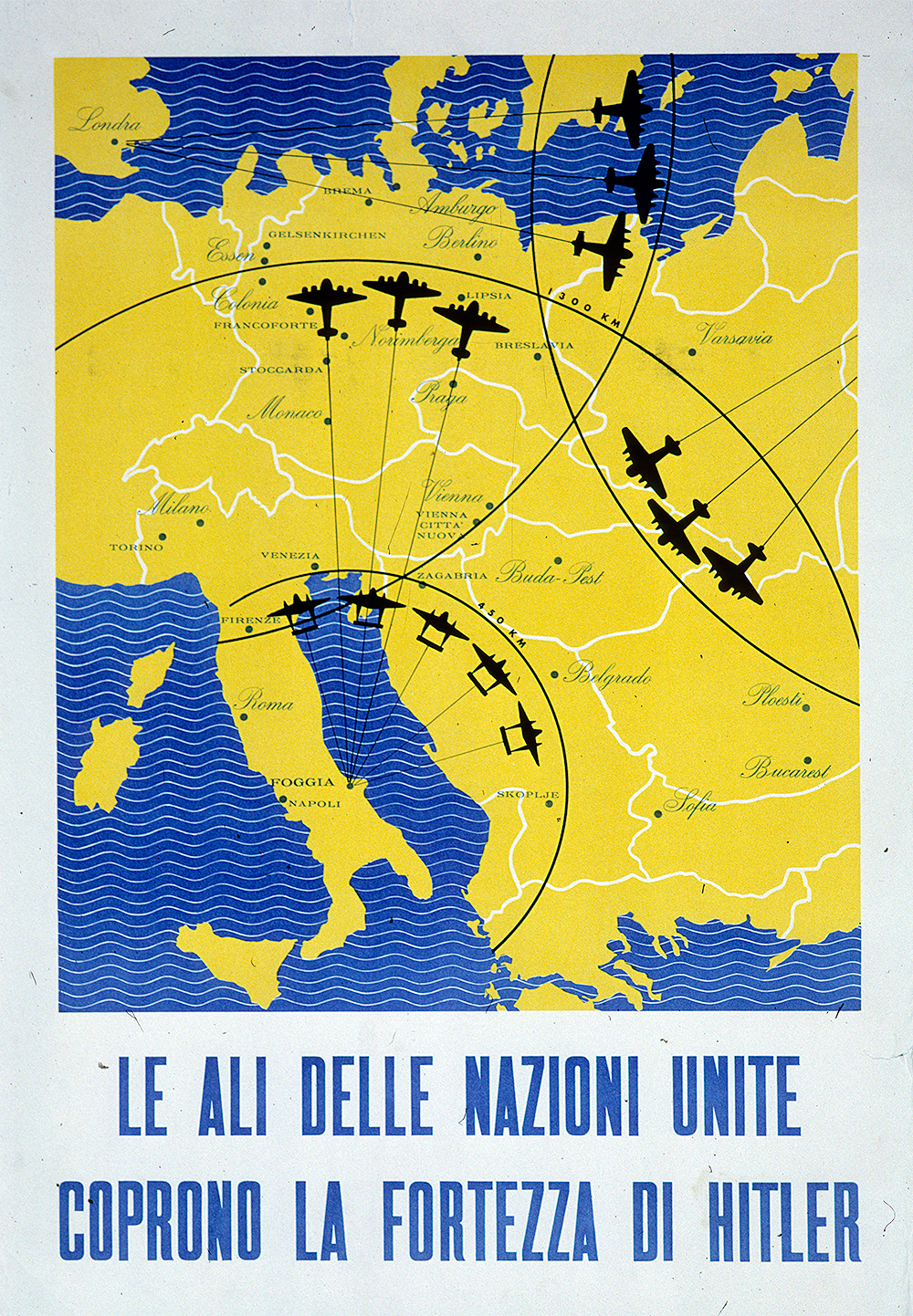 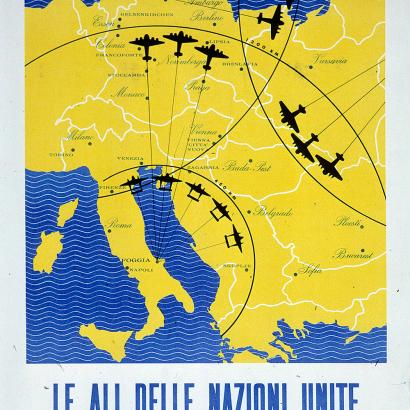 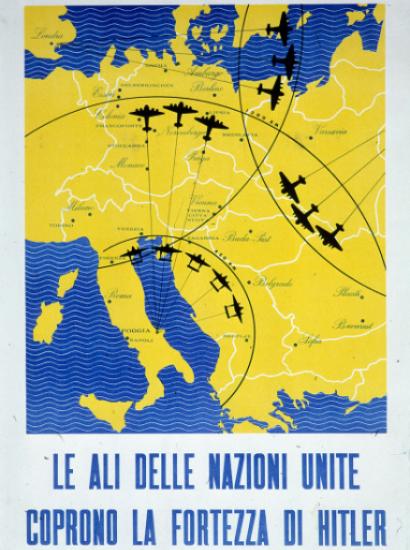 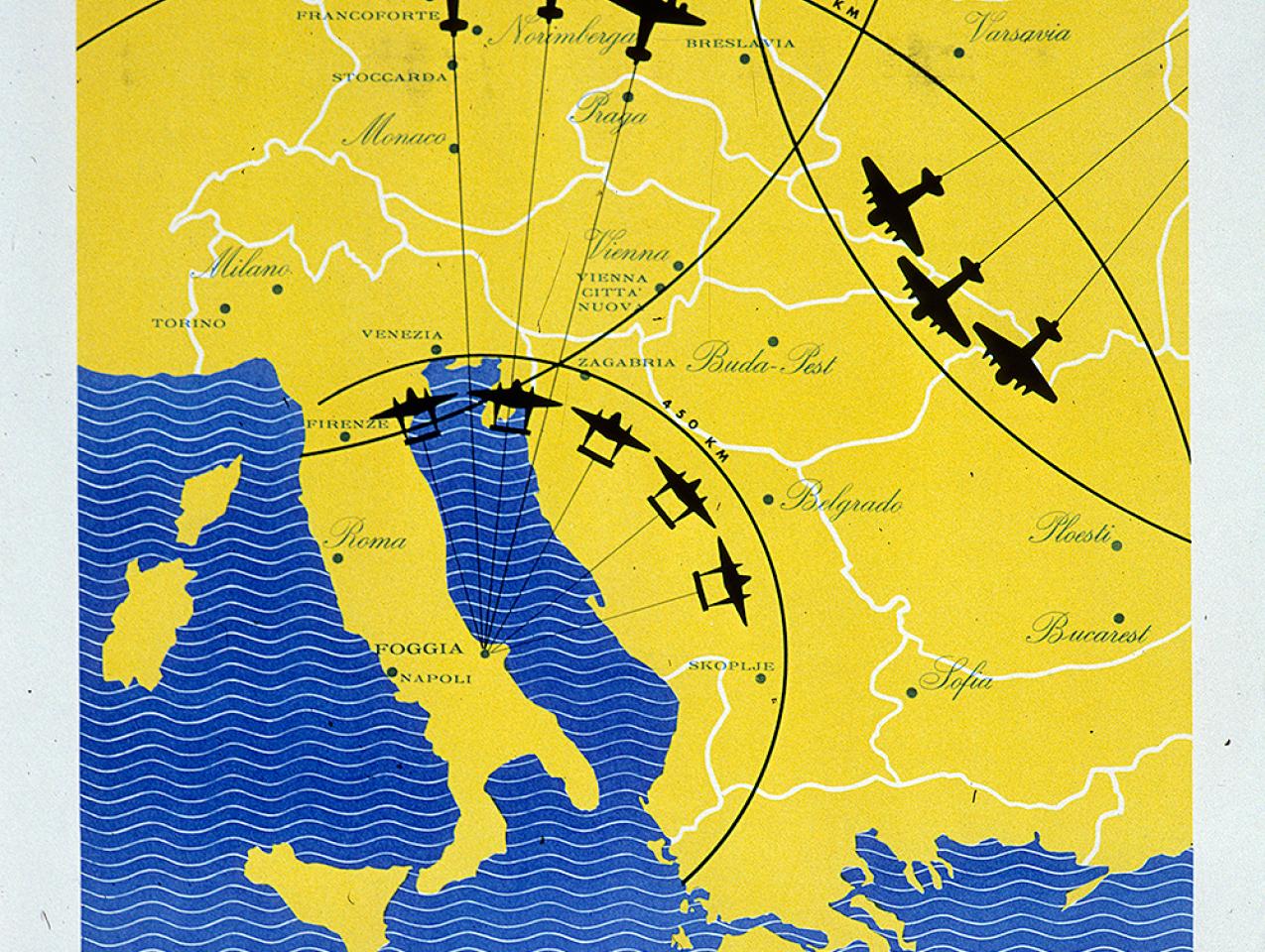 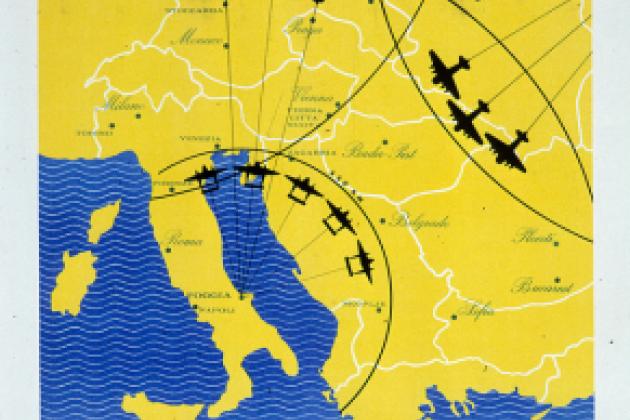 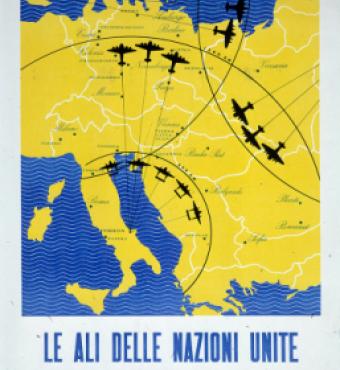 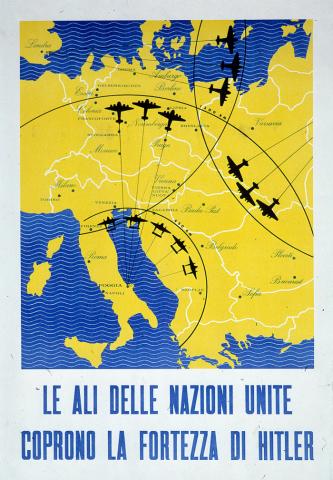 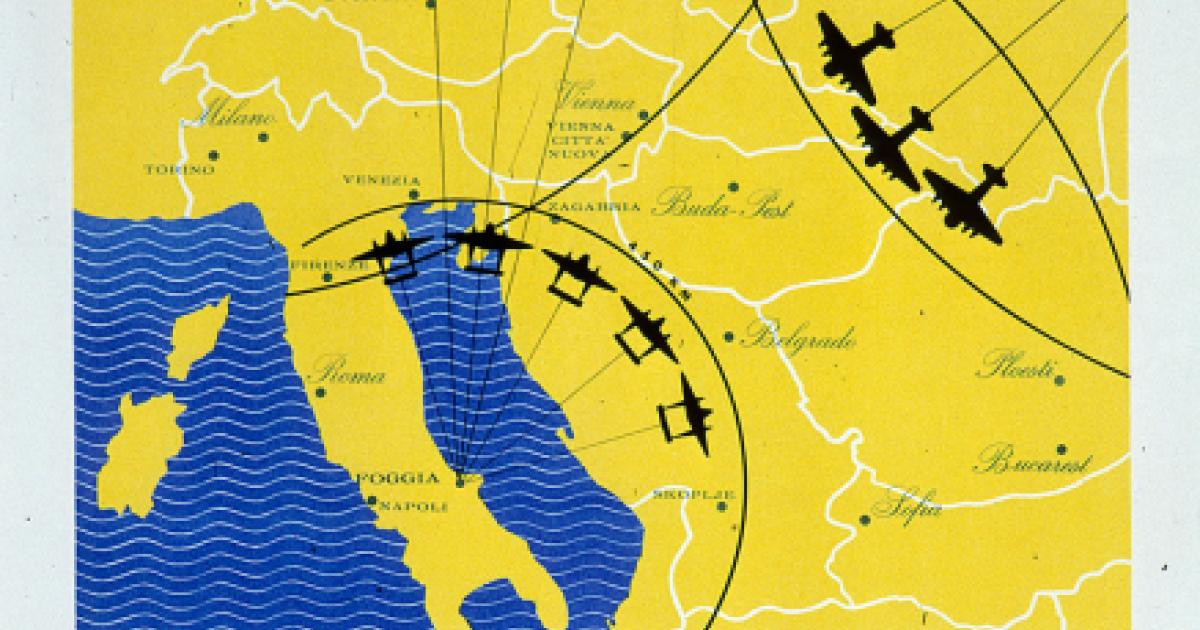 Europe was never a full partner in its own defense. The very question—Will Europe ever fully partner with the U.S., or will the European Union and NATO continue to downplay the necessity of military readiness?—is no longer meaningful as posed, because the political energies of Europe’s elites are absorbed as they try to fend off attacks on their legitimacy by broad sectors of their population.

The notion that Europeans and Americans were full partners in the NATO alliance and that this “kept the Russians out…etc.” was always a fiction, albeit a useful one. Today it is dysfunctional, an obstacle to all sides’ understanding of what useful cooperation may yet be possible. Thoughts of Europe’s role in its own military defense against the Soviet Union were incidental to the Alliance’s 1949 founding. Common European armed forces have always been a fantasy. The Alliance prospered from 1949 until April 1961, because of America’s then unequivocal commitment to respond to any Soviet attack on Europe by massively devastating the Soviet Union with nuclear weapons. But when the Kennedy administration informed the Europeans that massive nuclear response was no longer U.S. policy, the Alliance became a Potemkin Village, endlessly arguing about European troop levels and U.S. nuclear thresholds.

The ensuing plans for a gallant common stand at the Fulda Gap with conventional weapons were fantasies based on hope, and on willful ignorance about Soviet military doctrine. Transferred East German Air Force war plans show that, as Soviet military literature had made clear, the Soviets would have precluded such a clash by opening the conflict with nuclear strikes on NATO storage sites and troop concentrations, confident that the Americans would keep the nuclear war local and one sided.

The 1960s and 70s saw unseemly and dysfunctional mutual diplomatic leapfrogs of each other with regard to the Soviet Union and Eastern Europe. Would Willi Brandt’s Ostpolitik prevail or Henry Kissinger’s? Ronald Reagan, Helmut Kohl, and Margaret Thatcher managed a fruitful though brief exception in their time. Because Europe neither has nor is producing any more such statesmen, never mind any Adneauers or de Gaulles, its foreign policy devolved into back-seat driving America’s foreign policy, then into a brake on America’s.

In 1990, Europeans joined Bush 41’s grand coalition against Iraq’s invasion of Kuwait on condition of limiting the mission, prompting Secretary of Defense Donald Rumsfeld to remark that missions should define coalitions, not the other way around. NATO invoked Article 5 after 9/11, nominally considering the attacks as being on all members. But again, a counsel of restraint has been its main contribution. As Iran built the capacity to produce nuclear-armed ballistic missiles able to hit America as well as Europe, Germany and France helped persuade the Bush administration to hold Israel back from stopping it, and the Obama administration to negotiate the “Iran deal.” Our NATO ally Turkey, for its part, became the sine qua non of ISIS’s takeover of most of Syria, and the hinterland that enabled it to endure. Today, Turkey is trying to convince the U.S. to provide it with arms to kill ISIS’s remains, while obviously intending to use them against the only local force that helped America, the Kurds.

Today as well, the primary feature of U.S.-European military relations is the U.S. demi-brigade rotated through Poland as a token of a commitment to defend Poland and the other post-Soviet members of NATO. As their inclusion on the Treaty was being considered, no one suggested that the U.S. has the capacity to redeem Article 5’s commitment to them in the face of force majeure—especially since even were the U.S. willing to wage a ground war on the Vistula, Germany would not lend itself even to the transit of supplies. Professor David Fromkin’s suggestion in The New York Times that the version of the NATO treaty offered to them should lack Article 5 would have made it all too clear that they were being invited into a house with a pretend roof.

History is full of examples of alliances less potent than the parties thereto, never mind than of the parts’ sum. Writing in Federalist Papers 18 and 38, James Madison referred to Greece’s Amphictyonic League (5th to 2nd century BC) to caution Americans about the tendency of alliances to devolve into strife and tyranny. Winston Churchill, in the first volume of his memoirs of WWII, explained in some detail how Britain and France, looking to each other for support against Germany, had failed to do what each would likely have done for itself alone. From Britain’s standpoint, he wrote, “There is something to be said for isolation; there is something to be said for alliances. But there is nothing to be said for weakening the power on the continent with whom you would be in alliance, and then involving yourself more in continental tangles in order to make it up to them.”

In sum, history shows that the North Atlantic Alliance has been less an alliance than a protectorate, and that whatever capacities the beneficiary of protection might have had to defend itself after WWII have atrophied.

The European Union never became either an element of strength, or a mechanism by which the U.S. could practice “one stop” policy in Europe. Instead, it is a bureaucratic entity with its own substance, an additional complication for dealing with member states, its decisions—often bad for America as well as for Europe—bidding for the status of customary international law. It has been the primary means for expressing Western Europe’s contemporary international identity. Accommodation with the Muslim world and hostility to Israel have been its primary hallmarks. The Trump administration is deemphasizing relations with it—including downgrading its diplomatic status in Washington—and dealing with member states bilaterally as much as possible. That includes holding out a U.S.–British trade deal as an incentive for Britain to follow through with Brexit.

Though NATO is a far less consequential bureaucracy than the EU—few take it seriously—its residual symbolic value and the habits of dependence that it has fostered are among modern Europe’s defining features. Germany’s Chancellor Merkel and France’s President Macron continue the tradition of verbally promoting Europe’s assumption of responsibility for its own military security while damning America for considering letting Europe actually exercise it. They praise Obama for his commitment to Europe, and blame Trump for lack thereof, though Obama removed the last U.S. main battle tanks from Europe, and Trump added troops. Meanwhile, U.S. officials, seemingly wanting auxiliaries rather than allies, chastise Europeans for not doing more for themselves while dissuading them from forming autonomous forces. The military relationship has an air of unreality, if not of farce.

The underlying reality is that the Europe with which America has dealt is waning demographically, ceasing to exist culturally, and is dead politically, never to return. Today, Britain, France, Germany, Italy, Spain, etc. are disappearing biologically: In Germany, for example, 42% of all births in 2017 were to migrants from the Middle East or Africa. That percentage is already set to rise. Natives’ birth rates are far below replacement levels (Italy’s is 1.34 births per woman), together with the migration of young Middle Eastern/African people, well-nigh guarantees the end of Europe’s biological character, fast. Its cultural character is changing even faster. We can only guess the extent to which Europe may be able to maintain a European identity in the face of migration.

Current European elites’ inability to control their countries’ invasion by people from the Middle East and Africa, the migrants’ offenses against public safety, and the strictures imposed on native populations on the migrants’ behalf, are not least of the reasons why political Europe as we used to know it has ceased to exist. Other reasons, including the elites’ contempt for ordinary people’s way of life and manifold incompetence, are legion. Hence, the traditional parties are discredited, and the ruling classes are under siege by disaffected populations, especially the young. Without constituencies outside the establishment, they fear elections. Their very capacity to marshal people for any common purpose whatever is already gone. Their disappearance is only a matter of time.

The internal political cohesion of all European states having collapsed, the levers and buttons in the Atlantic Alliance’s control rooms are connected to nothing. The titled officials with whom Americans deal represent only themselves.

That is why the salient questions about U.S.–Europe relations are of scarce importance. What does it matter whether Germany and others devote 2% of GDP to the military instead of 1.2%? What would they buy with the rest and, far more important, what would they do with it? What do they have in themselves to do for themselves, never mind for us?

Management of migration is by far the biggest, most consequential challenge facing European states, individually and collectively. For that elementary task, they have far more material resources than might be needed. NATO’s headquarters and the EU bureaucracy offer far more facilities for coordination than necessary. And yet, European countries have shown lack of seriousness and the opposite of cooperation: All, having subsidized domestic NGOs that fairly invited migrants, now condemn one another for failure to take the ones they do not want. Separately, Germany and Italy pay Turks and Libyans, respectively, to keep migrants from traveling farther. Italy and France back opposite contenders for power in Libya. Americans have no way of making up for impotence so existential in a matter so intimate.

Since Europe’s NATO members can’t take care of something so essential for them and so mechanically simple, for which they have ample resources, what could they possibly do for us?

General James Mattis wrote in his letter of resignation as Secretary of Defense that “our strength as a nation is inextricably linked to the strength of our unique and comprehensive system of alliances and partnerships.” That was never so, and is less so now.

Angela Codevilla is a professor emeritus of international relations at Boston University. He was a U.S. naval officer and Foreign Service officer and served on the Senate Intelligence Committee as well as on presidential transition teams. For a decade he was a senior research fellow at the Hoover Institution. He is the author of thirteen books, including War: Ends and Means, The Character of Nations, Advice to War Presidents, and, most recently, To Make and Keep Peace. He is a student of the classics as well as of European literature; he is also a commercial grape grower.