Forcing firms to add more women leaders will not lead to economic growth. 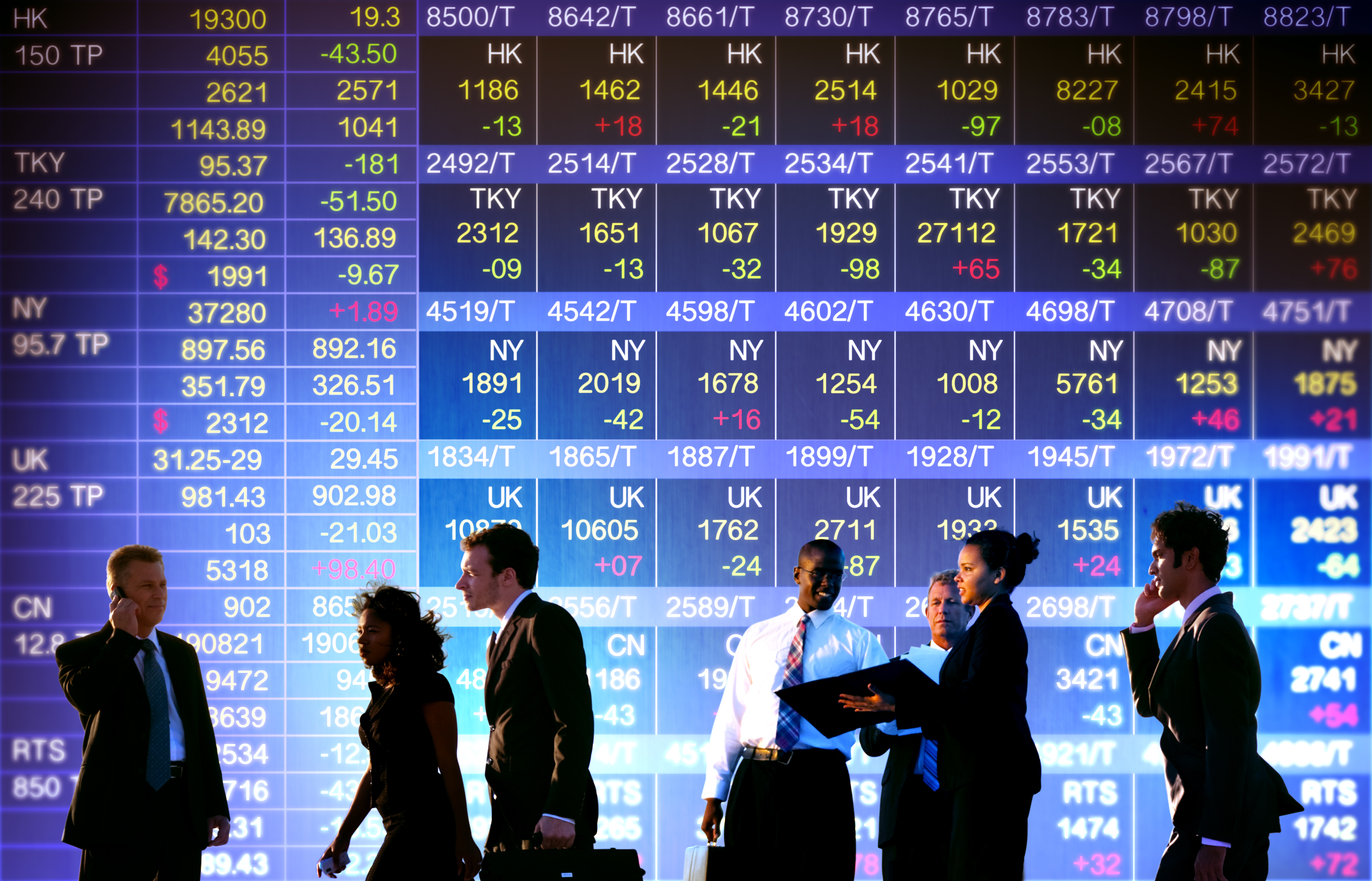 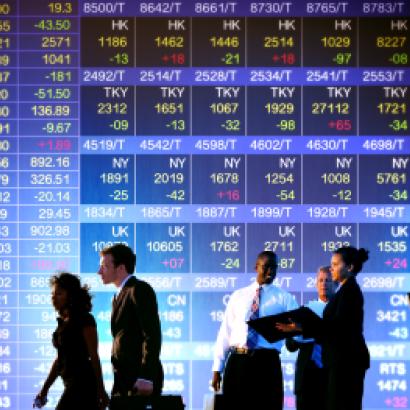 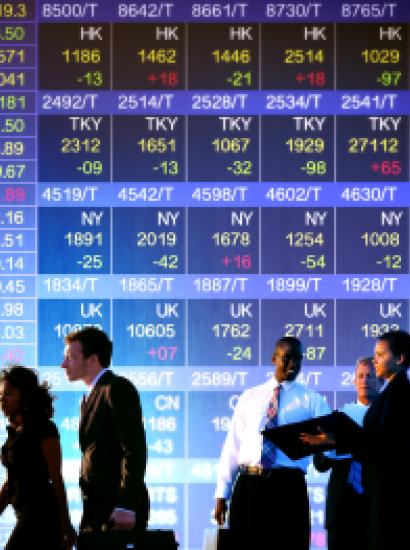 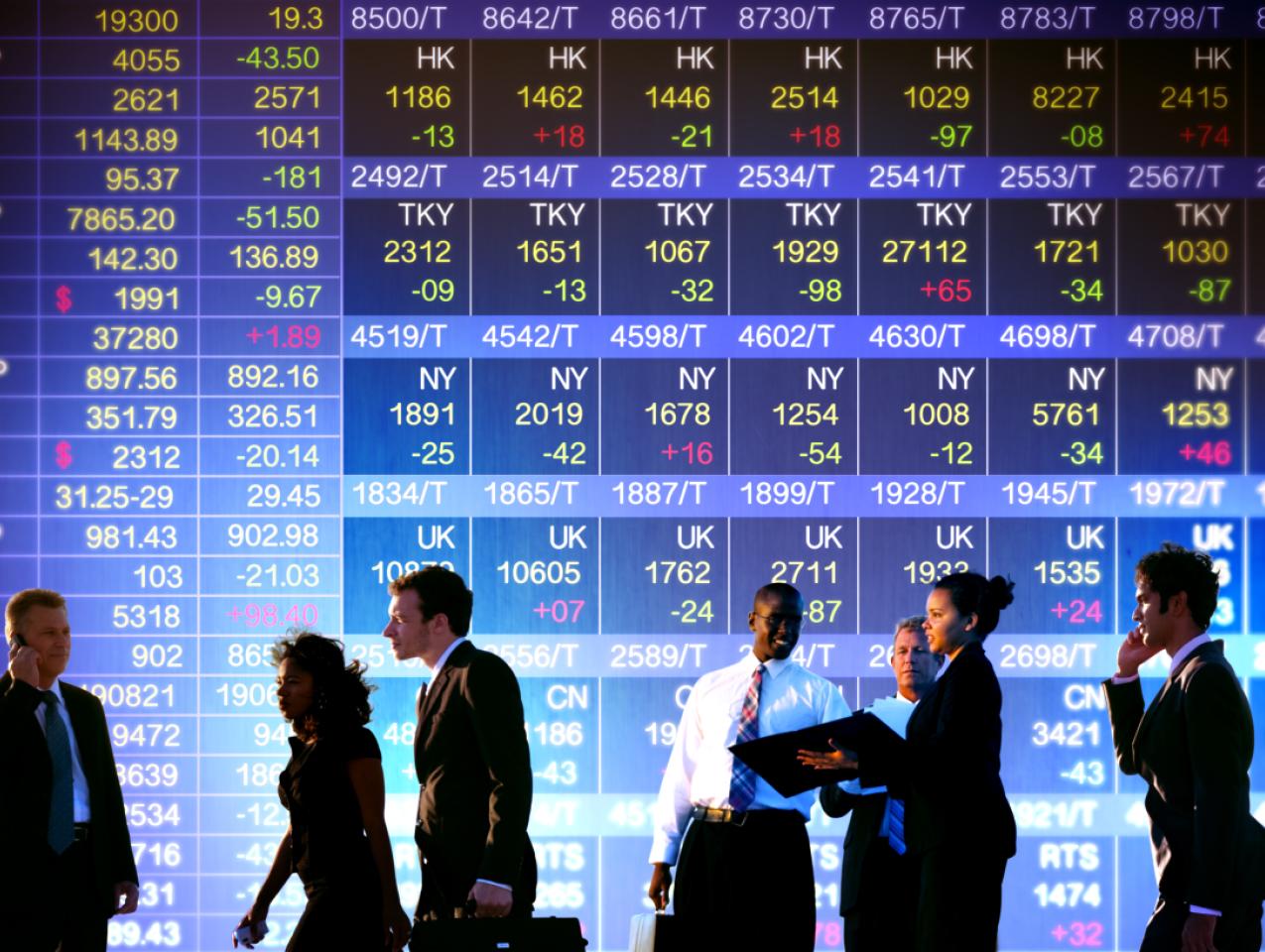 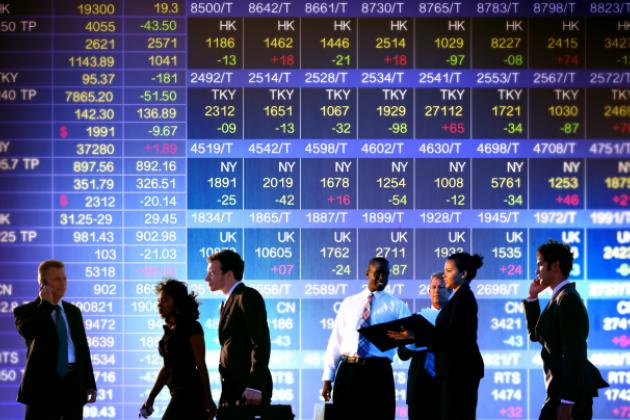 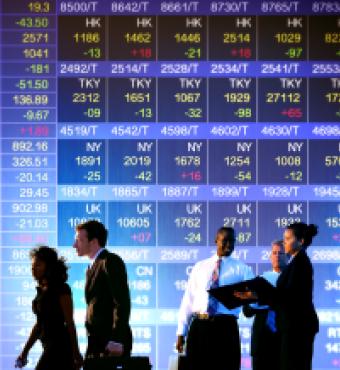 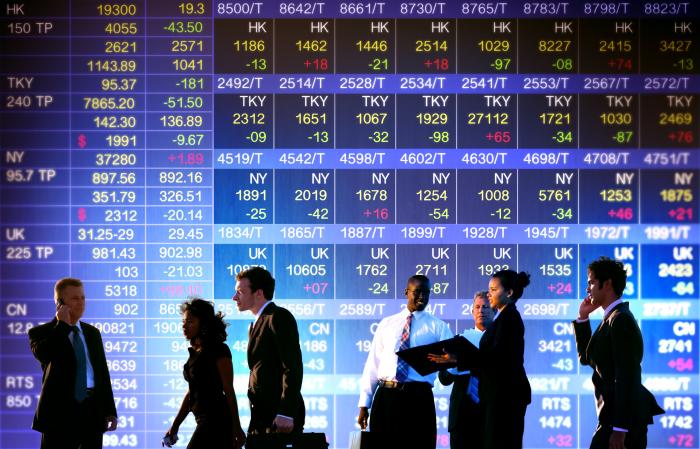 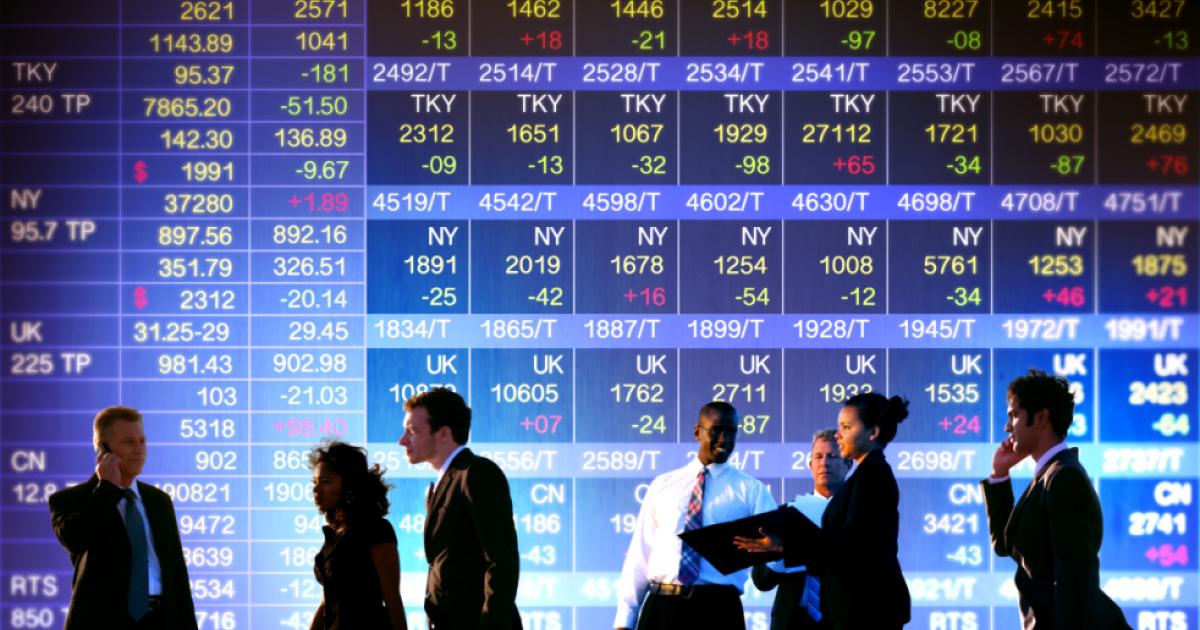 The number of female CEOs leading Fortune 500 companies has dropped from 32 in 2017 to 24 in 2018. That 25 percent decline has spurred deep consternation among feminists and liberals. Writing about the New York Times’ New Rules Summit, a conference about women in leadership, journalists Rebecca Blumenstein and Jessica Bennett concluded: “For women, the climb to the top has sputtered.” Feminists claim that this decline has ominous consequences not only for the cause of gender equality, but also for the overall level of growth in the economy. Indeed, the McKinsey Global Institute’s (MGI) influential 2015 study, “The Power of Parity,” makes the astonishing claim that the achievement of gender equality in the workforce may “add $12 trillion to global wealth” by the year 2025, which for the United States translates into a 26 percent increase in gross domestic product by that year.

Studies like the MGI’s have fueled the recent passage of a California law that requires publicly traded corporations headquartered within the state to include a minimum number of women on their boards or face substantial financial penalties. California Governor Jerry Brown signed the law with a defiant message. He cited the 1886 Supreme Court case, Santa Clara County v. Southern Pacific Railroad, which held that corporations should be treated as persons entitled to protection against the deprivation of property without due process of law. “Given all the special privileges that corporations have enjoyed for so long,” Brown said, “it’s high time corporate boards include the people who constitute more than half the ‘persons’ in America.”

Put aside his failure to understand that the protection of corporate wealth from government confiscation helped fuel enormous economic growth in the nineteenth century for men and women alike. Put aside, as well, the many legal grounds alluded to by Governor Brown which may yet render this legislation inoperative. Instead, focus on the simple fact that the regulatory push toward gender equality has, paradoxically, huge political momentum but relatively little economic payoff. The usual all-purpose explanation for the male/female pay gap is pervasive gender discrimination by American businesses, notwithstanding their explicit and unwavering commitments to gender equity. It is best to look for other explanations that might account for the gap between the rhetoric and the reality.

We can start by understanding the impact of regulation on labor markets. Here the cardinal principle is that it is highly unwise for the state to place legal barriers, whether by way of tax or regulation, that bar the entry of anyone into any occupation. Thus when the U.S. legal system subjected women to penalties or limitations not applicable to men, the results were egregious. The worst instance occurred when in 1873 the Supreme Court upheld a statute that barred women from the practice of law in Bradwell v. Illinois. In 1908, the Muller v. Oregon decision allowed states to adopt female-only minimum wage laws to “protect” women from the hazards of certain employments, resulting in the widespread loss of jobs for women thereafter. No feminist defends these explicit sex-based rules today.

The removal of any and all barriers to entry makes perfectly good sense. But the modern gender equality movement wants to go further to sweep away less visible and more subtle obstacles to the advancement of women in the workplace. And how is this to be done in the United States? Grand claims like those made by the MGI presuppose that there are millions of profit-making firms who are overlooking a huge pool of female talent in a wide range of occupations. That claim is inherently suspect because it assumes that experts operating at a distance have better knowledge of what a particular firm needs than the firm’s directors, officers, and managers who are charged with its overall well-being. Perhaps certain key figures (male or female) are so obtuse that they miss these evident opportunities for gain. But it is wildly improbable that virtually all of these businesses suffer from the same incurable blindness, even as they champion the very policies they fail to implement.

Yet if such a lost opportunity exists, no existing competitors nor new entrants have come in to pick up the supposed slack. There is little doubt that there has been a huge transformation in the levels of participation of women in the workplace—virtually all of it attributable to market forces. Positing some set of unconscious barriers makes it hard to explain why and how these major changes took place. It is better, therefore, to cast a critical eye on the supply side. The ideal of gender equality would be far easier to implement if job applicants for all positions were equally proportioned by sex. But that ideal is effectively stymied by a few stubborn facts. Specifically, the percentage of male and female candidates varies radically by field: at present more social workers are female, more engineers are men. These decisions reflect some combination of differential interests, aptitudes, and skills, and it is highly improbable that all these differences should be regarded as the results of vestigial forms of discrimination.

Take engineering. Overall the percentage of women in undergraduate engineering programs is about 20 percent. The distribution within that group is skewed, ranging from a low of 10.9 percent in computers to a high of 49.7 percent in environmental engineering. Discrimination does not look like a plausible explanation for these differences within the same general field. Socialization surely has some impact, but parents have little reason to direct their children away from the most promising fields, and individual preferences should not be overridden in the name of some social cause. All sorts of traits matter, and it is surely not irrelevant that women on average tend to do less well in various quantitative tasks when measured by standardized tests than men on average, even if at younger ages girls often outperform boys at these same tasks. Indeed, it is at the highest levels of abstraction that the sex differences loom largest.

Understanding these differences explains why there are gains from specialization in fields by men and women. Any effort, therefore, to impose a numerical equality by sex in any occupation will only retard the growth that deregulation would spur. The MGI’s extravagant claim that gender equality will fuel huge GDP growth in the United States is theoretically and empirically indefensible. Any state interference with voluntary markets, whether by requiring quotas or paid family leave, will slow down economic growth for everyone concerned. Thus Brown’s California statute mandates that by 2021 all corporations within the state with five board members have at least two women, and all corporate boards with six or more members have at least three. If a board with two women grows from five to six, the next member must be a woman.

One rationale for these onerous requirements is that, according to state senator Hannah-Beth Jackson, women are more collaborative than men, so their appearance on boards will make these companies more successful. Other studies insist that boards with higher diversity yield greater profits. But if true, why have firms opposed the law? One explanation is that the hundreds or thousands of women needed to fill those seats may be of lower quality than those already appointed. A second is that industry specialization matters. In technical fields, parity could be very hard to achieve. More to the point, there is no reason to think the relevant talent pool divides fifty-fifty. Brown thinks that the number of women on corporate boards should mirror the number of women in the general population. But his baseline is meaningless, because what matters is the number of individuals that have the requisite skills and willingness to do the work required of board members. Given that women often make different lifestyle choices than men, the available talent pools are not likely to be equal, especially in technical fields. There is already enormous social pressure to add women to these boards. There is no reason to pile on with this unneeded mandate.

The first lesson in regulatory policy is to know what you, the regulator, do not know. The second is that people respond to incentives. Any effort to dictate business outcomes will have negative unintended consequences—including the decision of new corporations not to incorporate or place their headquarters in California, the reduction of minorities on boards, and putting the same women on too many boards, perhaps at salaries artificially higher than those of their male peers. And the third lesson is that any effort to impose “pattern outcomes” on firms will always produce disastrous social outcomes. The MGI proposal does not have a chance of raising GDP at all, let alone by 26 percent. The only method for securing that result is through reduced taxation and deregulation, which right now has led unemployment rates to hit new lows for every group of Americans, whether by sex, race, or age. That’s a path to better outcomes for women and men alike.