The Flaws Of Arms Control

The U.S.-Iran “agreement” of 2015—its genesis, the negotiations that led to it, and its likely consequences—is comprehensible only in terms of a set of ideas peculiar to the post-WWI era, which distinguishes it from previous historical examples. 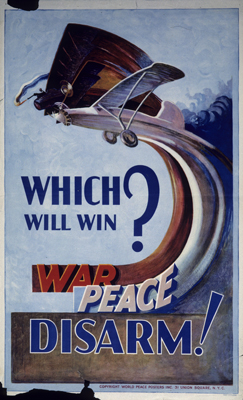 The Flaws Of Arms Control 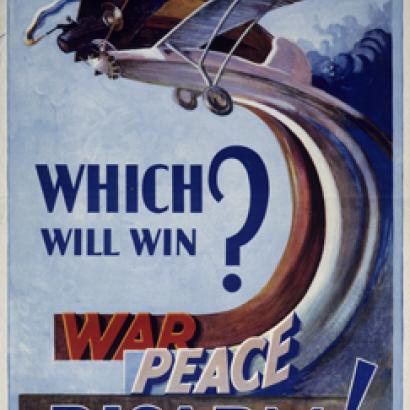 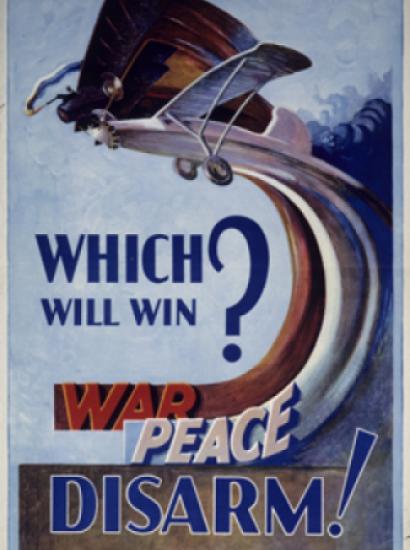 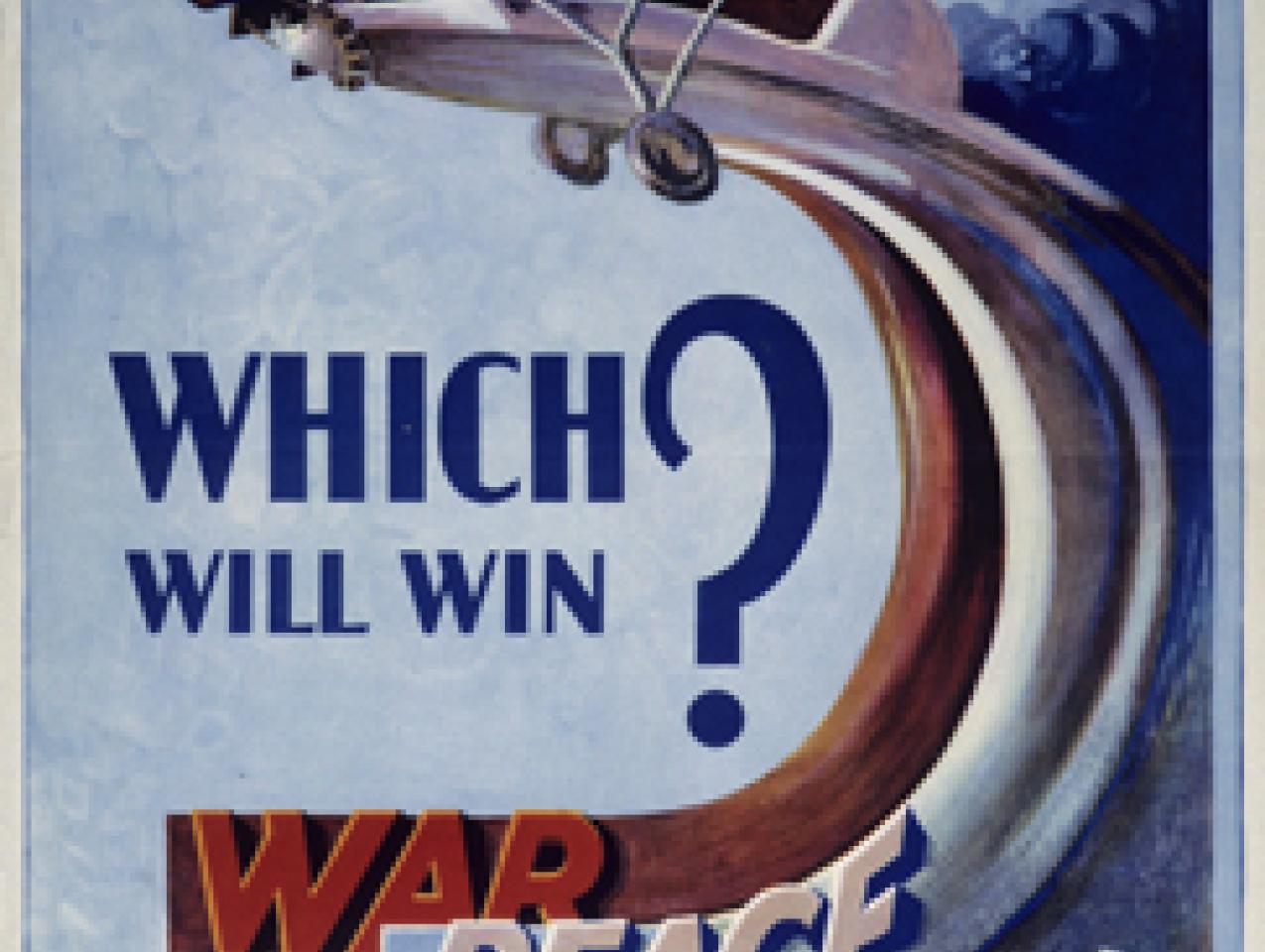 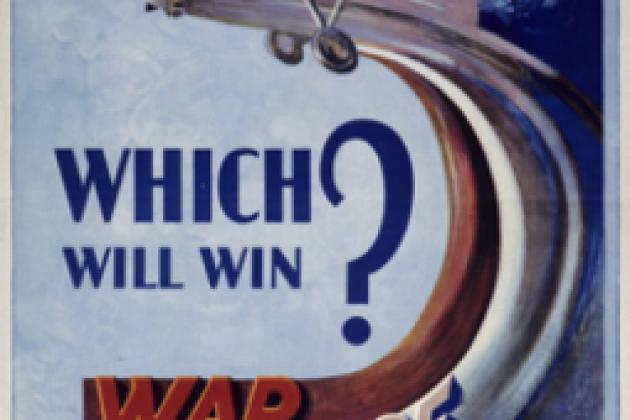 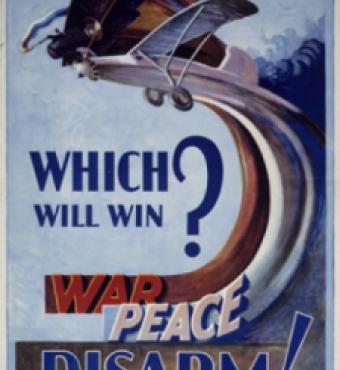 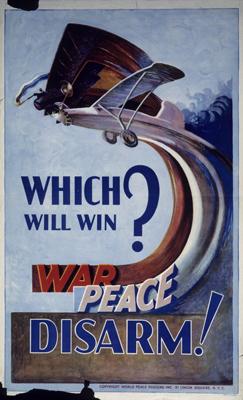 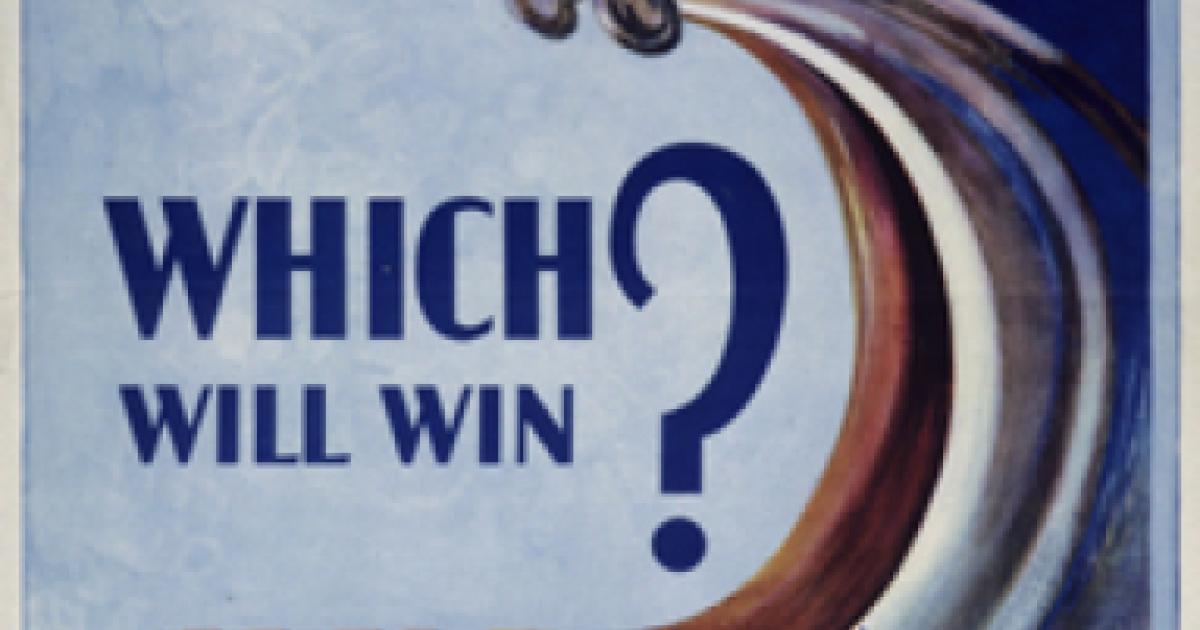 The U.S.-Iran “agreement” of 2015—its genesis, the negotiations that led to it, and its likely consequences—is comprehensible only in terms of a set of ideas peculiar to the post-WWI era, which distinguishes it from previous historical examples.

Prior to the turn of the twentieth century, most arms control agreements were terms imposed on defeated nations. A few flowed from the recognition that issues requiring military force had disappeared, at least for a time. Among these were the 1787 Anglo-French agreement to limit their naval fleets in the Atlantic, and the 1817 Rush-Bagot Pact between the U.S. and Great Britain to demilitarize the Great Lakes. But all such were negotiated on the basis of clarity about each side’s objectives and what role the weapons played in their pursuit thereof.

In our time, Western negotiations about “arms control” have paid less attention to the parties’ objectives—as well as to the military significance of the weapons being negotiated—than they have to: 1) the armaments themselves as the danger to be minimized; and 2) using the “process” to advance a desired relationship with the other party, to be consummated at a future time. Rarely do they claim to have changed the other party’s objectives or to have reached any “meeting of the minds.” By voluminous ambiguities, they allow all parties to pretend to have achieved charters for pursuing their original objectives.

Wars stem from conflicting objectives. Treaties do not change them, though sometimes they reflect changes in them. Arms, such as a government may promise to control in a treaty, are means at the service of objectives. If another government’s objectives are objectionable, its promise to control one of the means to achieving them is cold comfort. That is why arms control agreements are either superfluous, or futile.1 This has always been so.

Arms control did not salve the conflict between Rome and Carthage’s mutually exclusive objectives. After the First Punic War (264-241 B.C.), Rome exacted a series of measures to make sure that the Carthaginians would never again threaten its hold on the Mediterranean or interfere in Sicily. Carthage gave up its island naval bases. Heavy tribute crippled its navy. But, its enmity to Rome undiminished, Carthage expanded northward via the Iberian peninsula. After the ensuing second Punic War (218-201 B.C.), Polybius tells us that a new treaty imposed the loss of all colonies and all but ten triremes, the payment of “ten thousand talents of silver in fifty years, two hundred Euboic talents every year,” plus “a hundred hostages…to be not younger than fourteen or older than thirty years” chosen from the most influential families. That too worked as designed. But, since Carthage continued to thrive, Rome provoked the third Punic War (149-146 B.C.) after which it sold the Carthaginian survivors into slavery.

When imposed arms control contributes to peace, it does so incidentally. After the Duke of Marlborough’s victories in the War of the Spanish Succession (1701-14), the 1713 Treaty of Utrecht imposed upon France the de-militarization of the harbor of Dunkirk, from which Louis XIV had hoped to invade Britain. France being otherwise occupied, it would not again ready Dunkirk for invasion until Napoleon, a hundred years later.

Napoleon’s arms control impositions, however, had only short-term military effects. In 1808, for example, after winning the battles of Friedland and Tilsit, he limited Prussia to an army of 42,000 men, pledged to assist him. By 1812, he controlled enough foreign armies by treaty to field a half million men against Russia. But at Leipzig in 1813, 75,000 Prussians joined with Austria and Russia to crush him. Napoleon knew that his control of other nations’ armies rested not on treaties, but on his capacity to beat one and all. He failed in execution. Not in concept.

The 1919 Versailles Treaty’s imposition of arms control on Germany, however, failed in execution because its concept was self-contradictory. The terms imposed on Germany were clear: an army limited to 100,000. No reserves. No heavy weapons, no arms industry, no air force, only pre-dreadnaught battleships, three light cruisers, etc. But the imposers’ intentions, “[i]n order to render possible the initiation of a general limitation of the armaments of all nations,” were conflicted: They (save France) intended to disarm themselves quite as much as they intended to disarm Germany.

So began the prototypical arms control story of the century: of how the Wehrmacht’s initial contingent became officers for the giant army of WWII, of how flying clubs became the Luftwaffe, of how German industry’s foreign subsidiaries produced components for weapons, of how the little cruisers were really battleships of the highest quality. Walter Lippman’s summary of it foreshadowed the future: The disarmament movement was ”tragically successful in disarming those that believed in disarmament.” We need note only that the Germans’ cat-and mouse game with the inspectors was wholly transparent.2[2]One reason why the Versailles treaty’s signatories did not force compliance is that, with the exception of France, they believed that the arms control clauses would be largely self-enforcing. But why?

The 1921 Washington Agreements (naval ratios that left Japan with naval superiority in Asia, plus the 9-power treaty that “guaranteed” China’s integrity) illustrate the answer. Japan conditioned its agreement to the ratios and to joining the 9-power pledge, on a U.S. commitment not to fortify its bases in the region. As Secretary of State Charles Evans Hughes accepted Japan’s condition, he rejected the suggestion that Japan might have objectives different from those of the U.S and Great Britain.3 Said Hughes to much applause, the Great War had taught all mankind—equally—that war and weapons were the real enemy. Thus, as the U.S. committed to defending China, it deprived itself of the capacity to do so. The U.S. had no intention to fortify those bases, or to build warships up to treaty limits. From Presidents Harding, Coolidge, Hoover, and Franklin Roosevelt on down, U.S. officials were sure that there would be no need for enforcement. They were making war on war.

Still, as Germany and Japan proved that arms control agreements are not self-enforcing, why the continued aversion to enforcement?

In 1961, as the U.S government began the era of arms control with the Soviet union, Fred Charles Iklé’s classic article, “After Detection--What?”4 looked back prophetically at the practical reasons: 1) Western governments want arms control to get past present troubles—not to take on new ones; and 2) the individuals who promote it know that to recognize that the advertised outcomes are not forthcoming is to indict themselves. Hence their personal interest coincides with that of the violators.

By then however, the assumptions that underlie the non-enforcement of arms control had become an ideology. Thomas Schelling summarized it.5 America’s and the USSR’s equal desire to maximize gains and minimize losses locked them in a matrix of choices that emphasized their shared interest in moderation. War being the common enemy, arms control is the manifestation of  “strong elements of mutual interest in avoiding a war that neither side wants.” Because nuclear war must annihilate all equally, that is so more than ever. Hence both sides’ negotiators must aim naturally at a stable equilibrium of the “balance of terror.” Because both sides are really on the same side, agreements are essentially self-enforcing and details are of secondary importance.

Henry Kissinger’s Nuclear Weapons and Foreign Policy (1957) and The Necessity for Choice: Prospects of American Foreign Policy (1961) popularized this ideology, making it the framework for the Strategic Arms Limitation talks and treaties—for America, that is. The Soviets thought differently. U.S. nuclear forces were built to maximize the spread of blast overpressure over civilian-industrial areas. The objective was to make war irrational by creating a “stable equilibrium of terror.” Soviet forces were built to create 90% probabilities of destroying 1,000 psi targets, American ICBMS and submarines in port—that is, to fight, survive, and win a nuclear war. For two decades, the SALT process—along with its huge exertions and controversies—served primarily to finesse the conflict between these two irreconcilable objectives. But only in American minds.6[6]Kissinger assured the Senate that SALT I had achieved “a broad understanding of international conduct appropriate to the dangers of the nuclear age.” There would be no circumvention of its “letter or spirit.” But the meaning of the letter depended on “whose spirit?” The Soviets’ 315 SS-9 missiles—unlike anything America had, and unambiguously designed for war fighting rather than societal destruction—showed a different “spirit.” The Soviets had already surpassed the U.S. in numbers of missile launchers (1,610 ICBMs to 1,040) and missile subs (48 to 41). SALT, however, guaranteed that there would be no more SS-9s and that no Soviet launcher would ever be converted to war-fighting weapons.

But, as Kissinger was speaking, the Soviet Union was set to emplace in all its launchers a new generation of missiles, each with four to ten times the counter-force lethality of the SS-9. All within the treaty’s letter, because Kissinger had chosen its currency, “launchers,” for ease of “verification” rather than military significance. Why? Because, as the Soviets were preparing for war, America was making war on war. Solipsism vs. reality.

Each side followed its own “spirit.” Kissinger asked: “What, in the name of God is strategic superiority…what do you do with it?” The USSR, not the USA, earned the option of answering. Thank God the USSR died.

Iran is joining in the “Joint Comprehensive Plan of Action” (JCPA) in a spirit that differs from the U.S. government’s. Iran had ignored six U.N resolutions that called for ending its nuclear weapons program, and endured the U.S-led sanctions. In 2013, however, growing demands of the war in which Iran is leading the Muslim world’s Shia against its Sunni majority, led it to ask about the price it would have to pay for relief from those sanctions. Far from ending the program, President Obama’s price consisted of promises concerning its scope and timing. Those promises also secured the immediate release of $100-150B in frozen funds, and the removal of restrictions on the purchase of high tech weapons. Remarkably, they did so as Iran increased its commitment to its war, and chanted: “Death to America!” Why?

The U.S government enters the JCPA with a spirit that distills modern arms control’s standard elements. Because, like the Versailles Treaty, the Washington agreements of 1921, and SALT, the JCPA’s aim is to promote peace and to bind troublemakers into the international community, its details are irrelevant. The constraints on Iran’s uranium enrichment amount to moving things from places known to places unknown, setting up cat-and mouse games. Because the JCPA adds three layers of committees to the reluctance of officials who have committed to agreements to acknowledge their failure, enforcement is a transparent pretense. More important, insufficient fissionable material is not Iran’s barrier to becoming a nuclear power. While one crude nuke may require up to 50kg of U-235, sophisticated nukes use only tiny amounts, depending on non-nuclear, compressive-reflective technology. Iran lacks only that. Getting it takes money and time. These are hard to get while fighting a multi front war. Thanks to the U.S. government’s arms control spirit, the JCPA will deliver them.

[2]  2See chapter 2 of John W. Wheeler-Bennett, Nemesis of Power: The German Army in Politics, 1918-1945 (Viking Press, 1967) and chapter 9 of J. H Morgan, Assize of Arms: The Disarmament of Germany and Her Rearmament (1919-1939) (Oxford University Press, 1946), for treaty inspectors’ reports to the League Of Nations and to their home governments detailing the German authorities’ violations.

[3]  3See Betty Glad, Charles Evans Hughes and the Illusions of Innocence: A Study in American Diplomacy (University of Illinois Press, 1966).

[6]  6Henry Kissinger’s testimony to the U.S. Senate on June 15, 1972 leaves no doubt that stable equilibrium was the U.S. objective in SALT. By contrast, Nikolai Ogarkov, Marshal of the Soviet Union, former Chief or the General Staff of the USSR (1977-1984), was the author of the Soviet Military Encyclopedia’s article stating that nuclear tipped ballistic missiles serve the traditional function of artillery.