A Flood Of Superficial Climate Reports

Biden administration’s “analyses” on the impact of global warming either avoid or misstate all the hard issues. 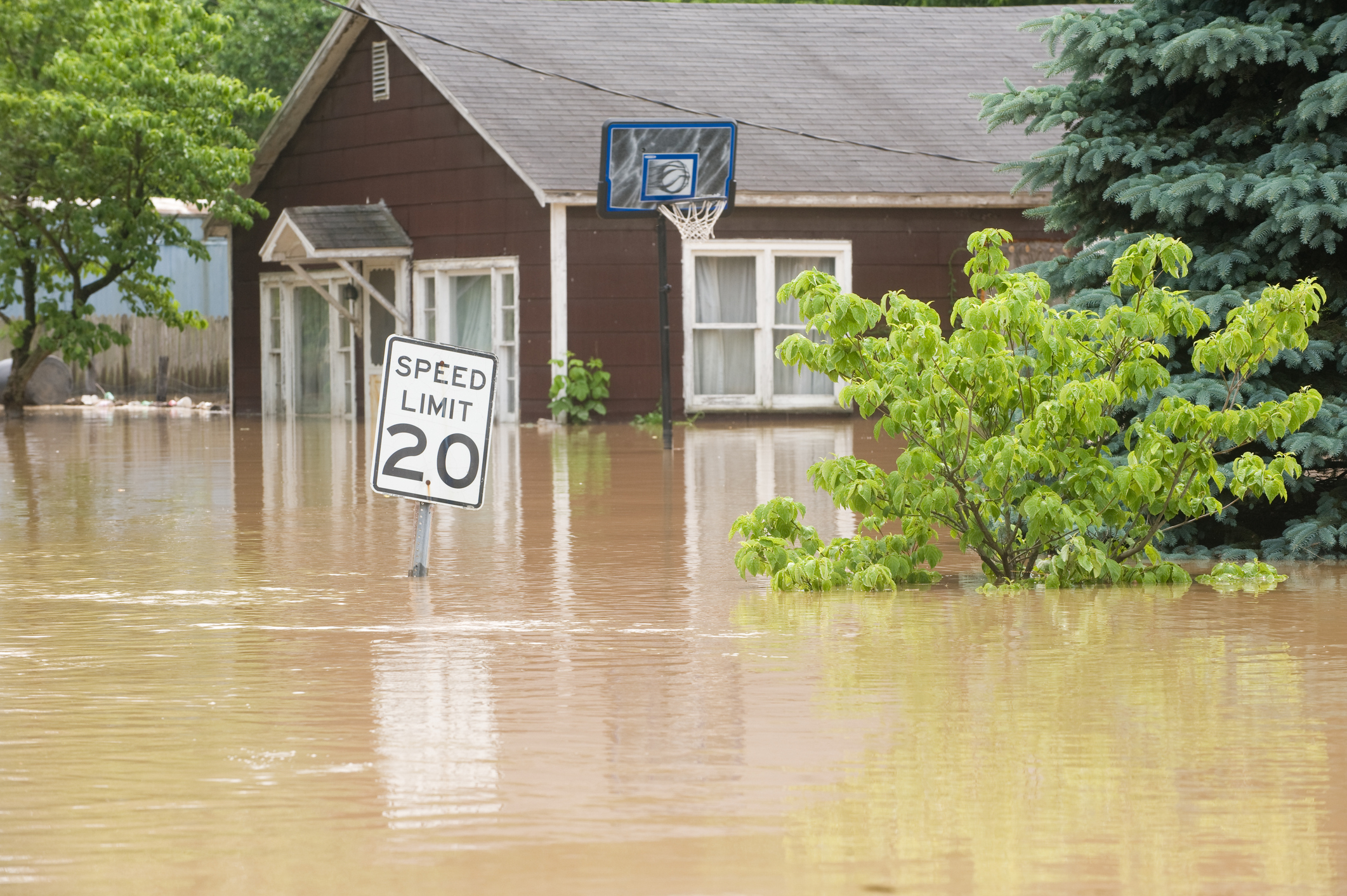 A Flood Of Superficial Climate Reports 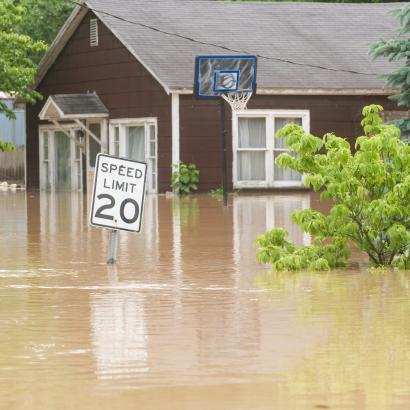 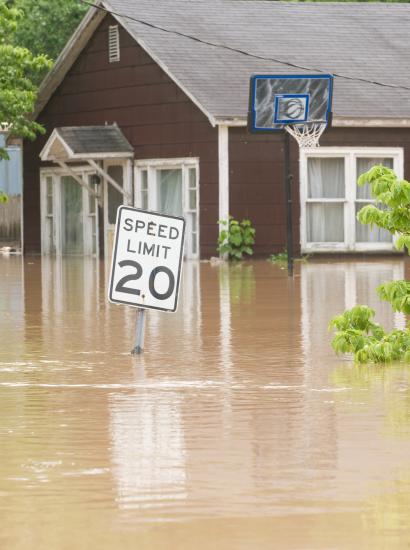 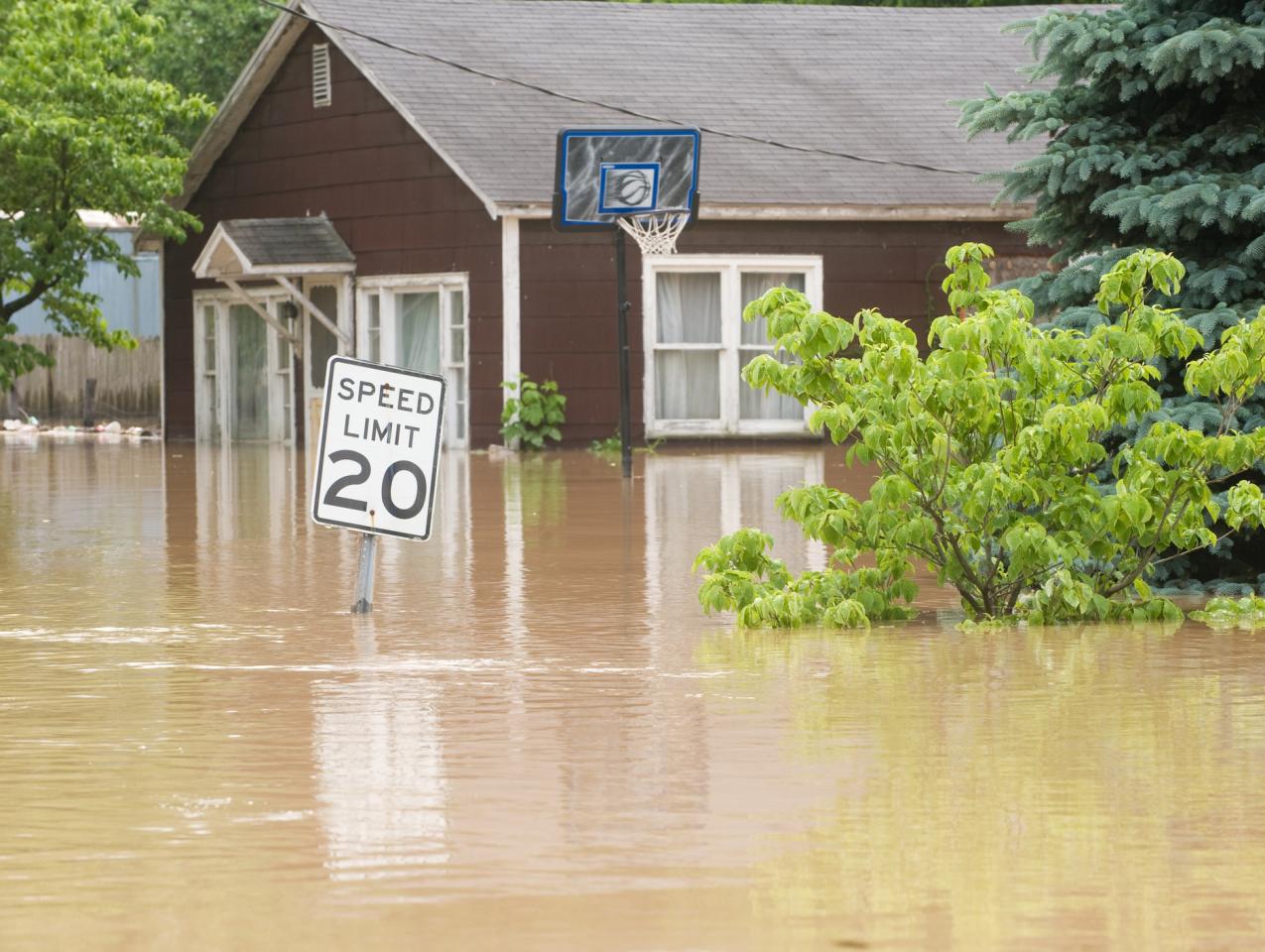 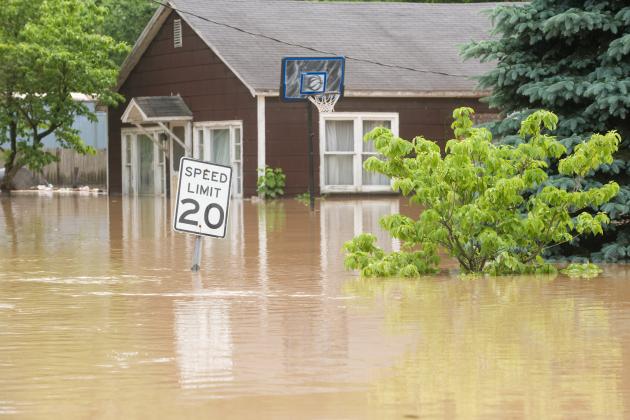 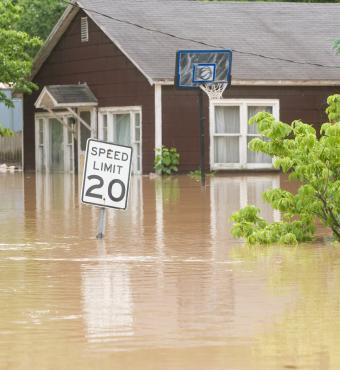 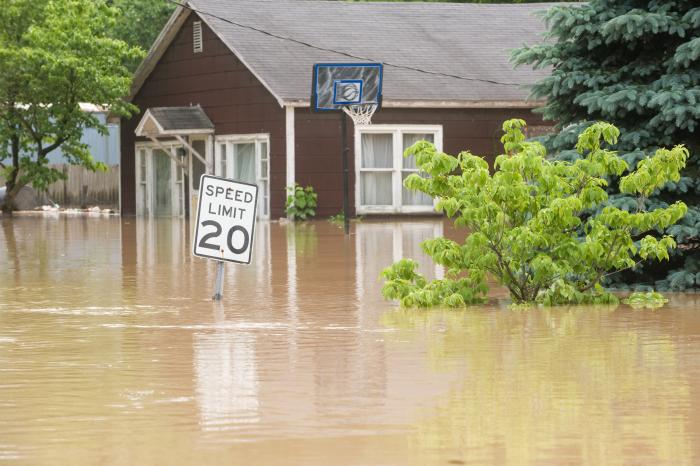 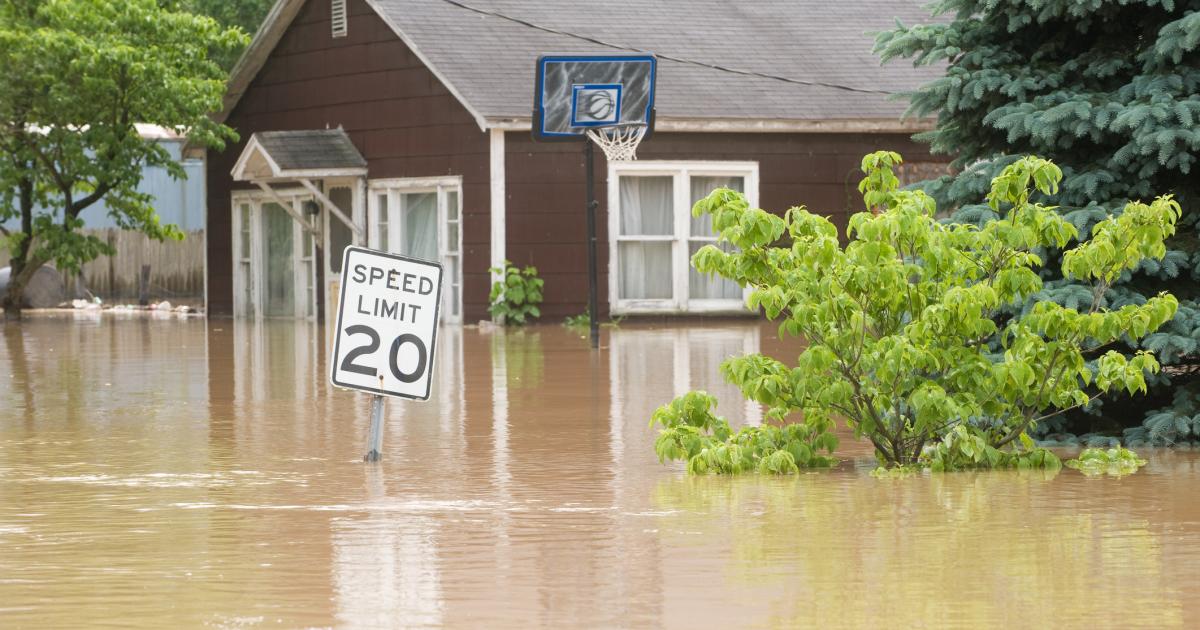 This past week, the Biden administration doubled down in its campaign against climate change with the release of a suite of four reports, on national defense, financial risk, homeland security, and migration. These reports all start with the common premise that the climate crisis is now upon us in full fury. Moreover, they also all insist that the issues at hand are nonpolitical, and that the objective at all times is “to be guided by the best available science and data.” To say the least, however, the claim looks hollow, given that none of these reports offers any data whatsoever to support its major contentions.

The reports never address contrary views or even acknowledge that on some points the science is, to use the much-mooted phrase from Steven Koonin, “unsettled” on such key questions as the size of the Greenland ice sheet, the patterns of sea level rise, or the impact of expected temperature increases on economic growth over time. The reports are also dead silent on the role that technological improvements will play in reducing the raw materials or carbon dioxide output needed for any given output of energy, agriculture, or machinery. Nor do they ask whether human decisions, like poor forest management, account for increases in fires and air pollution, or whether a shift to nuclear power, natural gas, or clean coal might change the arc of history. Finally, they never acknowledge the complex interactions between American actions, international treaties and the actions of key players, like China and the European Union.

Sadly, instead of asking any hard questions, these reports just take the worst-case scenario for granted and move on. The financial risk report summarizes this basic orientation by wrongly claiming that the report of the United Nations Intergovernmental Panel on Climate Change “concluded with high confidence that the climate crisis is ‘code red for humanity.’ ” The quoted words were not, however, from the IPCC report but rather from a florid press release by the secretary-general of the United Nations, António Guterres, which unwisely went well beyond the IPCC report.

One possible response is that a little exaggeration is just what is needed to spur a lethargic nation into action on multiple fronts. That temptation should be stoutly resisted because it can all too easily lead to unsound recommendations by minimizing or ignoring alternative hazards that could easily present greater perils. These errors abound in all these reports, with their constant emphasis on a “climate resilient” economy that is in a position to deal with the anticipated calamities if nothing is done to eliminate them.

To see how this danger plays itself out, I shall concentrate on the lengthy report dealing with these national security issues. Two major premises weaken its analysis. It first takes as a given that the climate crisis is upon us in full force, but never addresses any of the evidence that could be arrayed against this assumption. Thus, the report is introduced with graphic images of forest fires, floods, lightning, tempests, and freezing conditions. Each and every image is a common occurrence over the past century, and well before that. What is needed therefore is not a general statement that bad things are certain to happen, but rather an estimation of the increase in relative frequencies and severity of these various adverse events. It does not do to just announce: “increasing temperatures; changing precipitation patterns; and more frequent, intense, and unpredictable extreme weather conditions caused by climate change are exacerbating existing risks and creating new security challenges for US interests.” But nowhere does the report offer to quantify these risks. Doing so tells a much more complex story. For example, of direct relevance to naval operations are the frequency and severity of storms over the Atlantic Basin, which look like this: 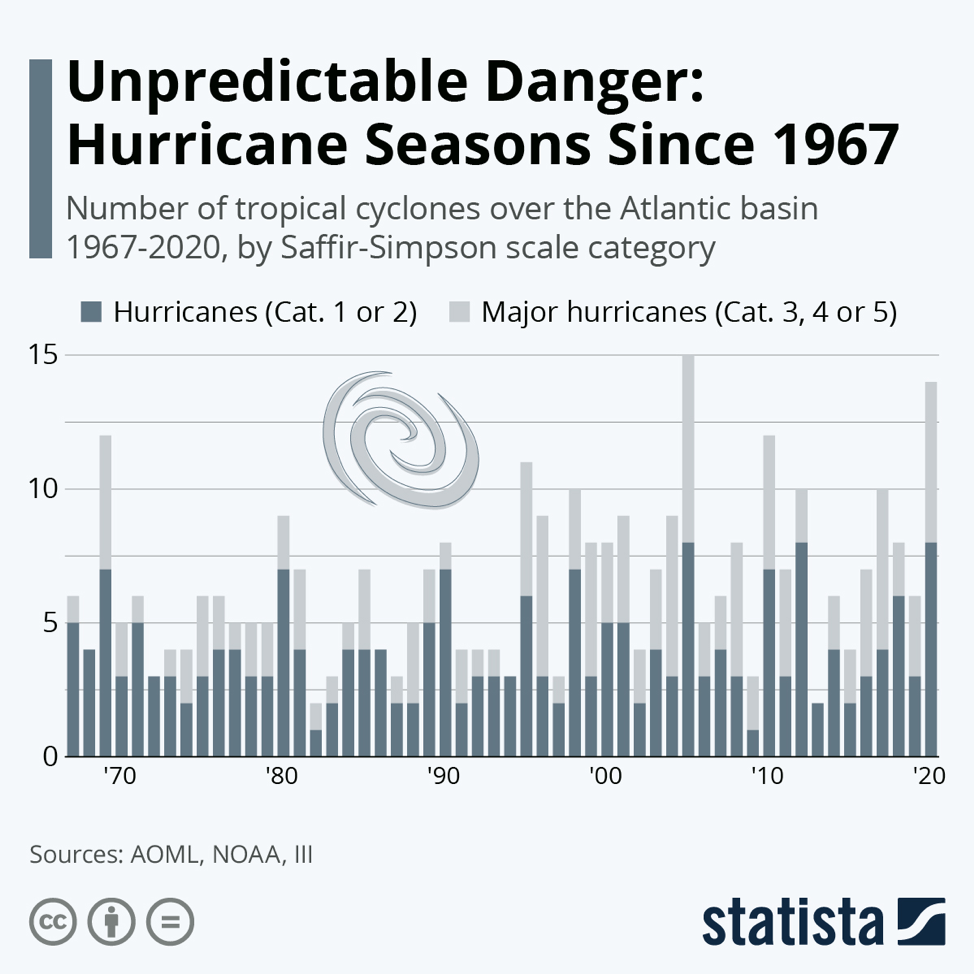 The up-down movements in this graph (as in many others) do not exhibit any clear trend. More important, the high annual variations make it hard to pin these movement on any single factor, including carbon dioxide—mentioned only once in passing—which occupies a dual role as a greenhouse gas and an essential photosynthesis element for Earth’s green surface coverage, which has increased for the past thirty years. It is not enough to attack climate change without some clear understanding of what drives that change. Yet Part IV of this report (“Incorporating Climate Risk”) contains just a ragbag of useless bureaucratic evasions that promise future reports and studies, without offering even the hint of a substantive agenda.

The second major defect of this report is that in its haste to prioritize climate risks, it offers no global assessment of the current state of national preparedness. In particular, the report makes no assessment of the current threats that face this nation. One troublesome analysis offered by Michael Peck starts off under this banner: “Bad News: The US Navy Has a Warship Shortage (And China Knows It).” What follows is a detailed account of the challenges facing the Navy. To be sure, the United States has the largest fleet, but it also has the most extensive commitments worldwide, and it is known by both American and Chinese researchers that in the western Pacific, the Chinese naval forces are larger than those of the United States, which means that the defense of Taiwan from Chinese aggression will be difficult to maintain. The American fleet has shrunk from 566 ships in 1988, under President Reagan, to about 290 today. The Chinese navy is growing while the US defense budget continues to stagnate, having dropped from about 9 percent of GDP in 1960 to about 3.4 percent today—after a modest rise during the Trump presidency.

Yet on the vital China issue, the report has only this to say: “Competitors such as China may try to take advantage of climate change impacts to gain influence.” Needless to say, the level of trust in China everywhere has fallen sharply because of its aggressive behavior in the Taiwan Strait, the South China Sea, and everywhere else in the world. Given the weakness of the United States fleet in the western Pacific, strenuous efforts should be directed to forming alliances with Australia, Japan, South Korea, and India, which are needed in the short run in light of China’s aggressive behavior. It is just naïve to think that the primary threat to stability in the region might be Chinese moves to take advantage of climate change, when there are so many other levers Beijing can pull. Any ill-focused effort on climate change can only divert strategic thinking and scarce resources from the immediate peril to some poorly defined and amorphous objective.

This superficial analysis of a serious problem is symptomatic of every stage of this report. Thus in its Box 3, the report noted that some risks from climate change are local, but others are “cross-cutting, cascading, and/or global.” Who could disagree? But it then posits a world in which shifts in “agricultural production in one region can impact global food prices and availability, contributing to food shortages, protests, and instability in other parts of the world.” The statement is a truism without predictive power. It gives no indication of where the negative impacts will take place, how those consequences will move from location to location, or what the United States should do about the issue. And it does not mention the long term growth in agricultural productivity that proceeds hand-in-hand with global warming.

It turns out, of course, that today a new problem has emerged, namely, the way in which the political and legal responses to COVID-19 have led, as the World Bank has reported, “to severe and widespread increases in global food insecurity, affecting vulnerable households in almost every country, with impacts expected to continue through 2021, into 2022, and possibly beyond.” But what could US military adjustments do to help alleviate this situation? Any responsible analysis will have to wade through a complex set of COVID-19 rules and practices that deal with the movement of goods and people across national borders, including rules on quarantines, vaccines, and drugs. The United States surely has some role to play in that inquiry, but to attribute the recent changes in circumstances here to global warming makes no sense given that the change between 2019 and 2020 is too small to matter.

In sum, this set of Biden administration reports punts on all serious issues, rallying its troops to the wrong cause. In all cases, the generic problem is that any form of instability has the potential to reduce available resources that will in turn increase the level of conflict around the world. But climate change plays a role at most in a small subset of the world’s earthquakes, tsunamis, volcanic eruptions, and floods, most of which are unrelated to climate change. The analytical deficits of these one-sided screeds are too glaring to ignore. The Biden administration should rip them up and start over.