Andrew Cuomo doesn’t get the science or economics of his own policies. 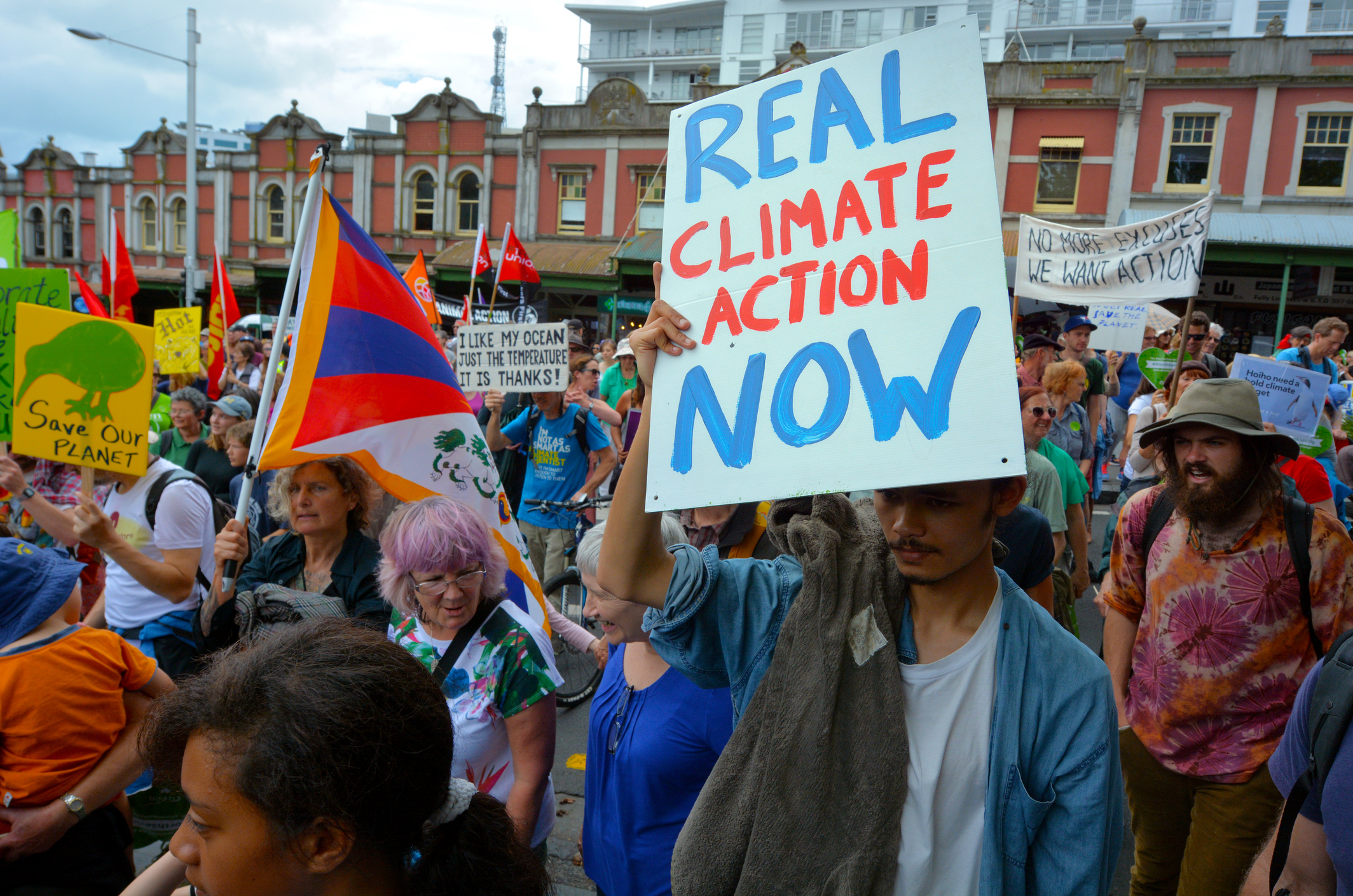 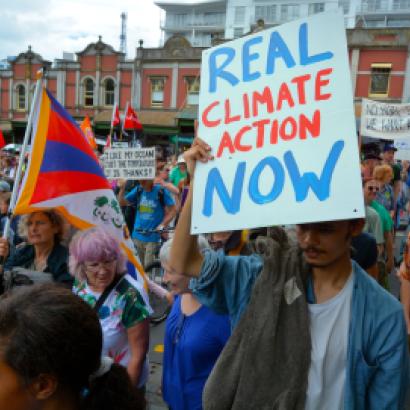 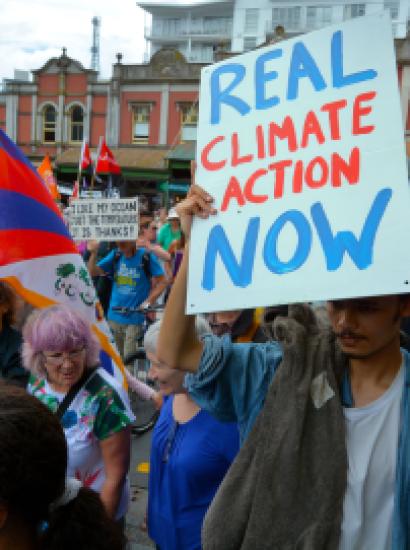 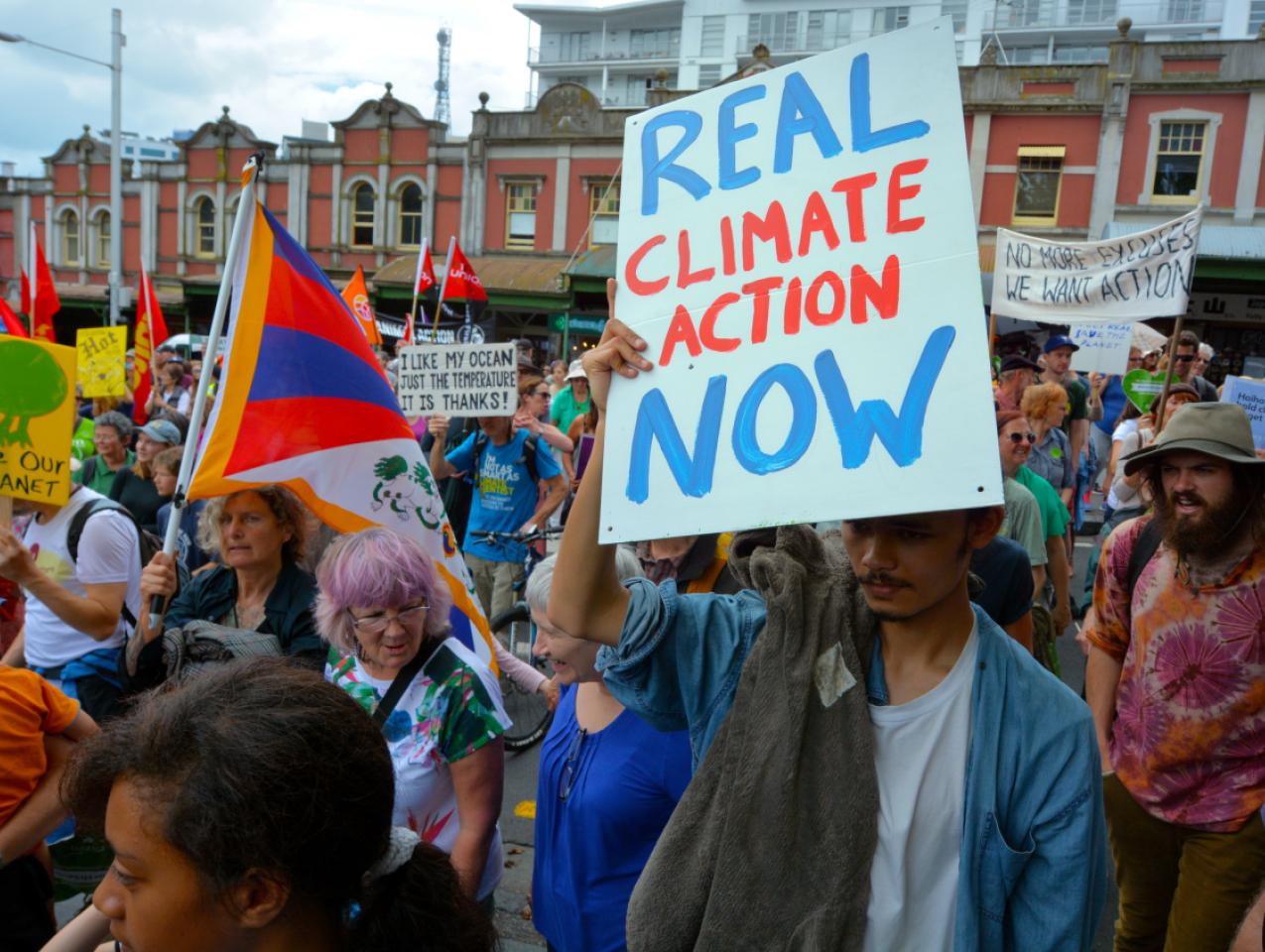 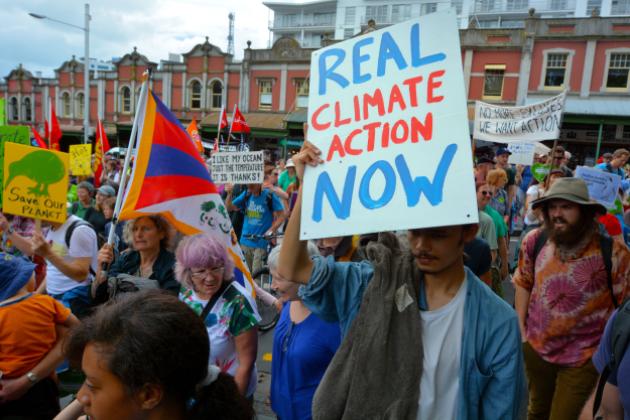 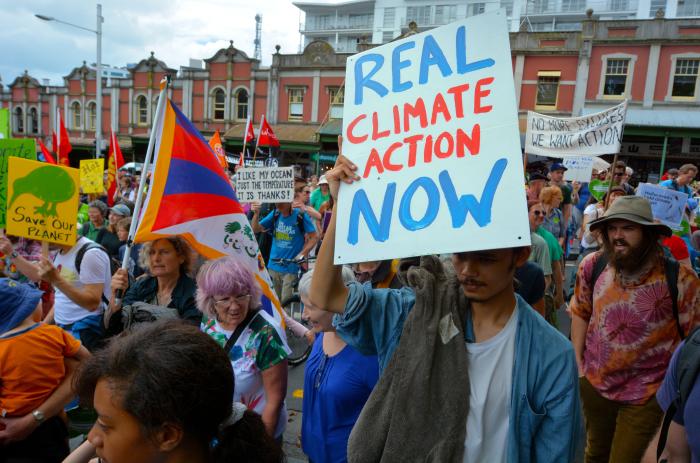 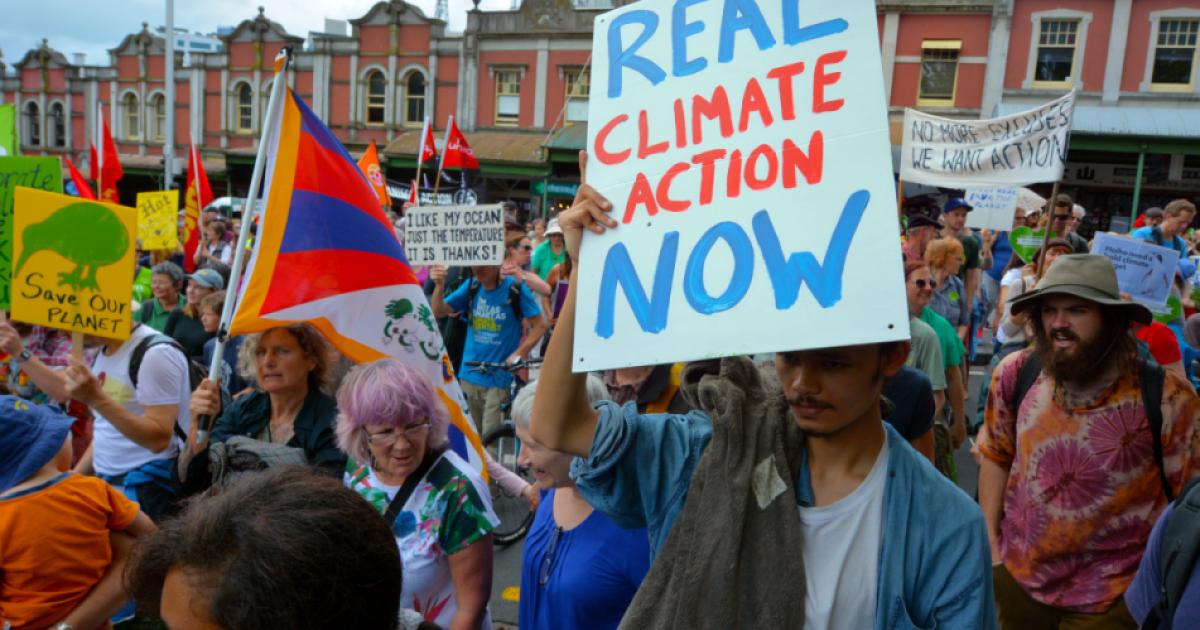 A smiling Governor Andrew Cuomo, with Al Gore to his right and a rapturous crowd of Democratic dignitaries at his rear, signed into law a new statute last week that he proudly touted as “the most aggressive climate law in the United States of America." The explicit objective of the new legislation is to reduce the level of greenhouse gas emissions in New York by 85 percent by 2050.

Step one in that direction is the authorization of two huge, offshore wind power projects said to generate enough power to support one million homes. The legislation goes hand-in-hand with Cuomo’s aggressive executive action to block any new pipeline construction within the state, most notably the Williams pipeline designed to bring about 400 million cubic feet of natural gas each day to New York City.

The rationales for the law are contained in the statutory preamble, which makes declarations that are either flatly wrong or overly inflated. One of the more contentions claims is that the only way to minimize the risk of severe climate change is to follow the highly flawed October 2018 Intergovernmental Panel on Climate Change (“IPCC”) special report, which insists that maintaining temperature increases to under 1.5°C in perpetuity requires keeping carbon dioxide concentrations in the earth’s atmosphere below 450 parts per million (its present level is 412 ppm). The effects of climate change allegedly include temperature rises, sea level rises of one foot since 1900, and a higher frequency of “extreme and unusual weather events,” including ones like Hurricane Irene and Superstorm Sandy. The New York legislation notes that environmental policies “should prioritize the safety and health of disadvantaged communities. . .” It also treats New York as a role model that will “encourage” other jurisdictions to follow suit with “complementary” legislation.

What is striking about these solemn pronouncements is that they do not take into account the underlying science and the disastrous consequences of implementing the legislation.

Let’s start with the science. The most notable fact, nowhere mentioned in the bill, shows a jagged up and down movement in global temperatures since 1979, with peaks in 1998 and 2016, both associated with the rise of La Nina and the decline of El Nino. In both instances a sharp peak was followed by a rapid decline in temperature. During this period, carbon dioxide levels rose at a steady pace. Therefore, it is not possible to explain the cyclical patterns of global temperature by looking solely, or even primarily, at carbon dioxide levels. Instead, it is necessary to find some other drivers of the temperature changes. The plural—drivers—is intentional because multiple combined forces are likely responsible for global temperature changes. 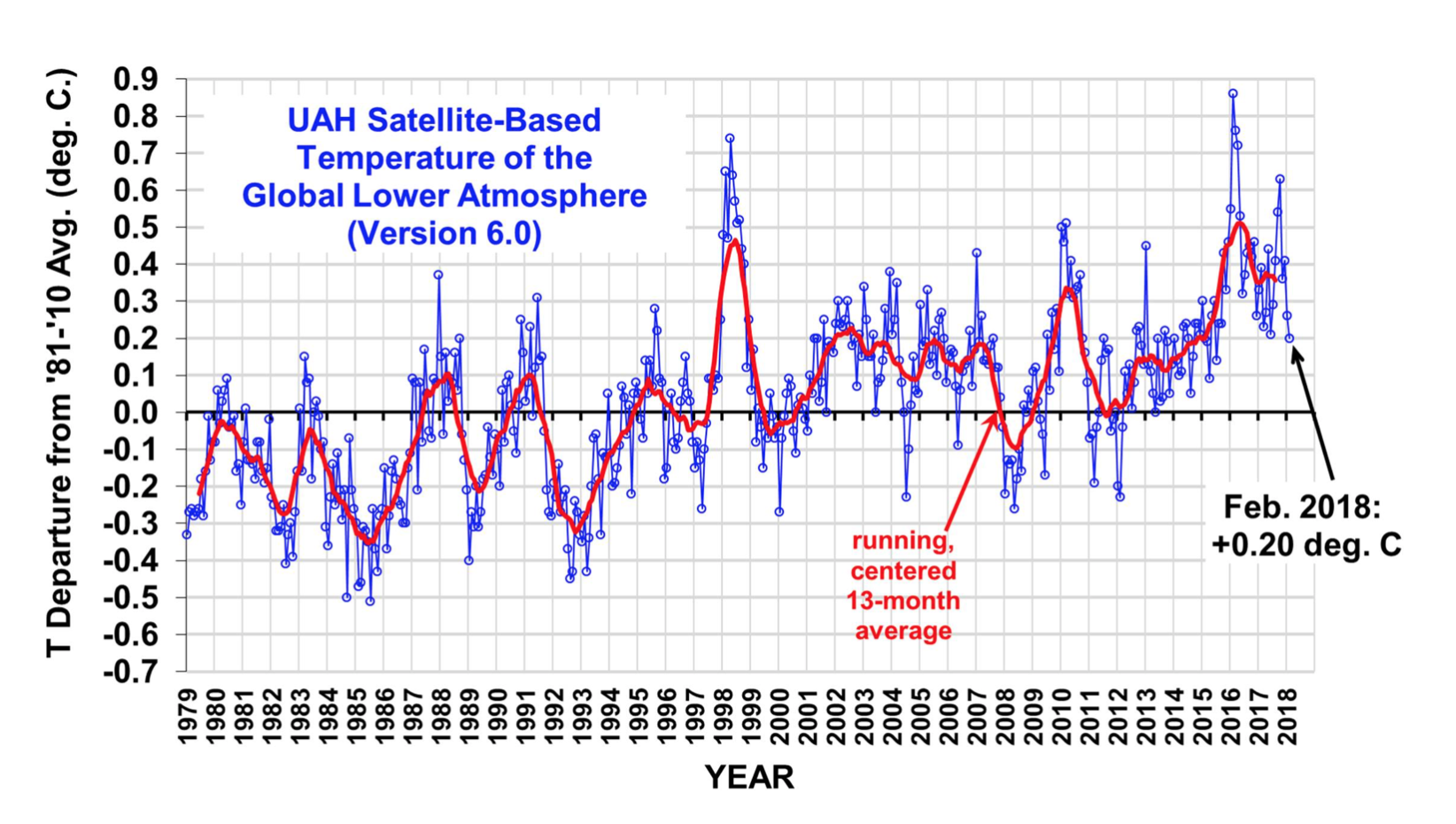 Indeed, two recent studies, one from Finland and the other from Japan, take sharp issue with the basic premise behind the New York legislation. The Finnish researchers concluded with suitable emphasis that: “During the last hundred years the temperature increased about 0.1°C because of carbon dioxide. The human contribution was about 0.01°C.” The Japanese study reaches a similar conclusion: "New evidence suggests that high-energy particles from space known as galactic cosmic rays affect the Earth's climate by increasing cloud cover, causing an 'umbrella effect’…[which] could be the prime driver of climate warming, and not man-made factors.”

Just recently 90 Italian scientists concluded that carbon dioxide’s impact on the climate was “UNJUSTIFIABLY EXAGGERATED” and other such catastrophic predictions were “NOT REALISTIC.” Indeed, even if attention is focused exclusively on greenhouse gases, water vapor is a far more potent greenhouse gas (and more difficult to measure) than carbon dioxide.

Beyond all this, serious empirical studies confirm that there is no link between carbon dioxide levels and extreme events such as hurricanes. Indeed, the deadliest (but not most severe) hurricane to hit the United States struck Galveston, Texas in 1900, leaving in its wake 8,000 to 12,000 deaths Similarly, the one-foot sea-level rise since 1900 is part of a large trend that has ebbed and flowed for several thousand years, so it is highly unclear whether the recent increase can be tied to carbon dioxide emissions given its weak relationship to temperature levels. Finally, the evidence with respect to glaciers shows a similarly complex pattern, including the growth of the Peterman Glacier in Greenland.

But suppose for the moment that one can establish some connection between carbon dioxide concentrations and sea-level rise. The next question is whether adjustments in carbon dioxide outputs made on a local or global level can do much to change those levels. On this point, how can billions, even trillions, of dollars be justified if the Environmental Protection Agency’s own study, as reported by Ben Zycher in The Hill, shows that “relative to the reference case, by 2100 . . . global mean temperature is estimated to be reduced by 0.0026° to 0.0065° C, and sea-level rise is projected to be reduced by approximately 0.023 to 0.057 cm.”

The size of the imputed benefit is too small to measure, and far below the 0.56° C drop in temperature from early 2016 to early 2018, which has been largely ignored in the popular press. New York claims that its efforts will encourage others to follow suit. However, the more likely response is that other states and municipalities will back off idle conservation efforts that will only make matters worse. Meanwhile, the global responses will undercut New York’s feeble results. It is well understood that the United States has in recent years made the most progress in reducing carbon dioxide emissions, while countries like China and India continue to record large increases in carbon dioxide emissions.

Worse still, New York is backing the wrong horse by looking to solar and wind energy as credible replacements for fossil fuels. The most powerful demonstration of this point comes from Mark Mills of the Manhattan Institute, who shows in painful detail that the technical limitations of both wind and solar power make them at best niche players. There is little chance that wind and solar energy can displace fossil fuels, which at present account for about 80 percent of the world’s energy sources. A slight decline of two percent in fossil fuel use in recent years comes at a cost of $2 trillion in various subsidies. But these will not keep pace with the increased demand for fossil fuels needed to service increasing populations, increased energy consumption in third world countries, and soaring demands for more air and land travel. Nor is there any hope that investment could generate the ninety-fold increase in wind and solar energy that is necessary to reach New York’s unrealistic targets in the next thirty years.

Given the long-term dominance of fossil fuels, the far better strategy for controlling carbon dioxide, or real pollutants like sulfur dioxide, comes from shifting from coal and oil to natural gas, and from innovating new techniques in their production, shipment, and use. Fortunately, the capital costs of getting natural gas to market have been cut in half over the last five years without costly government subsidies. The lower costs will stimulate higher production of fossil fuels, but that should be regarded as a good thing, once we take into account the gains to human welfare that these expenditures generate.

Sadly, the second part of New York’s ambitious energy program is as foolish as the first. At the moment, Cuomo continues to ban fracking in the New York sections of Marcellus Shale, which also extends into Pennsylvania, where thousands of wells are currently in operation, generating both jobs and state revenues. As a result, Western New York is a declining and underprivileged region that could benefit from the material benefits that fracking offers Pennsylvania residents.

To be sure, other areas throughout the country produce abundant supplies of natural gas, but local shortages in New York have become ever more dire, with the Williams pipeline in limbo. Con Edison, the state’s largest utility, has announced a moratorium on hookups for new customers in Westchester County. A second utility, National Grid, has followed suit for New York City and Long Island. The immediate shortages will put billions of capital investment on hold, killing jobs and driving down tax revenues. Given all this, no new business will locate in New York, and many local businesses trapped in New York’s regulatory environment will either close down or move all or some of their operations to states that have adopted more rational policies, like Pennsylvania. The politicians may be cheering in Albany now, but they will pay a high price when their environmental chickens come home to roost.