When Germany resents and blames others for its own problems, disaster ensues. 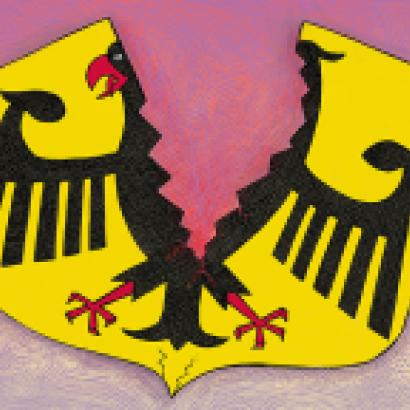 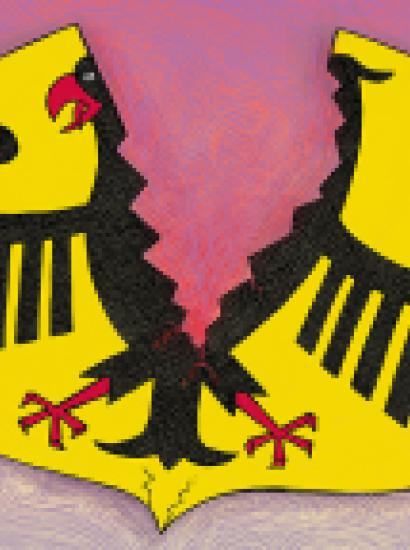 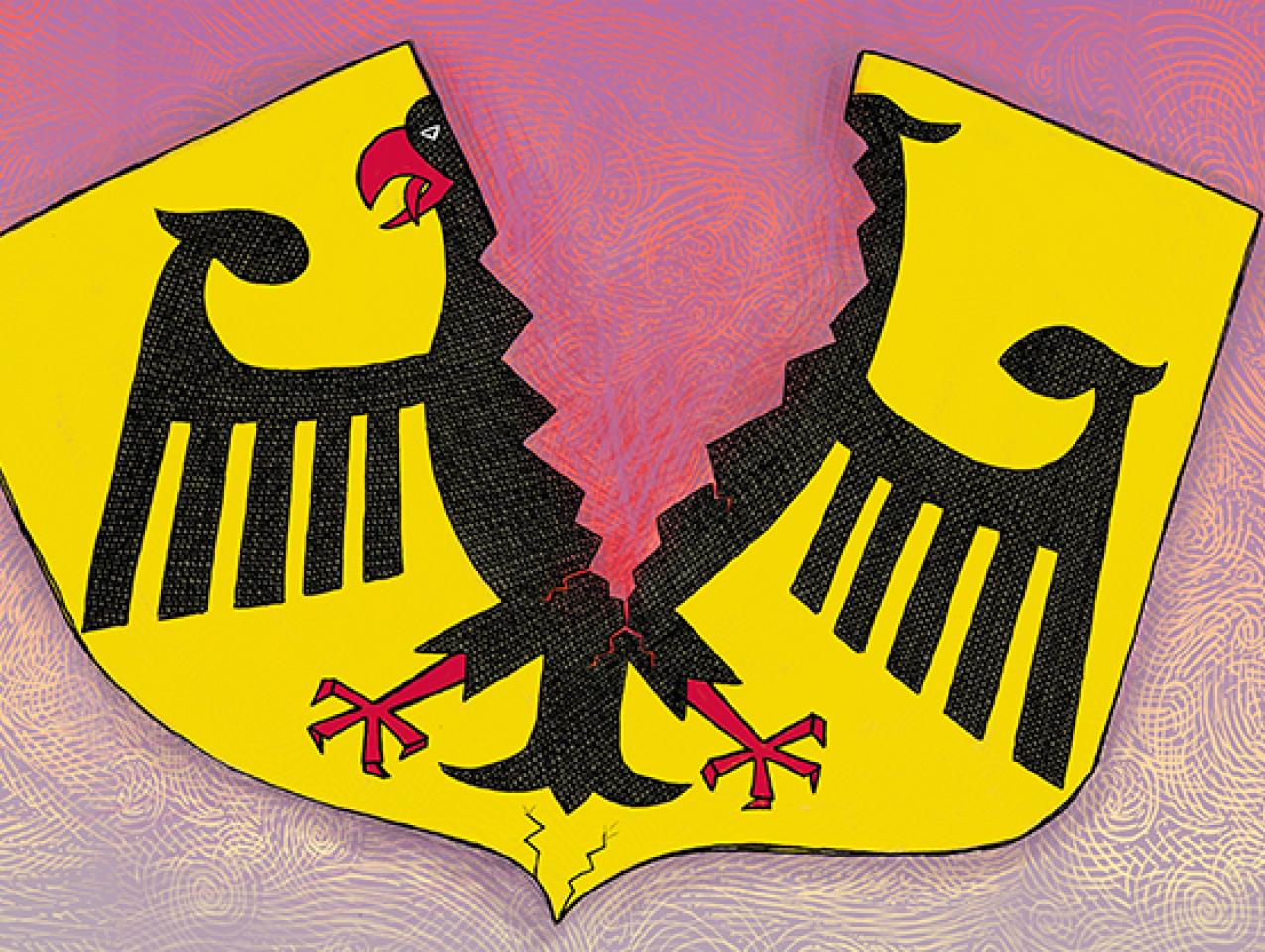 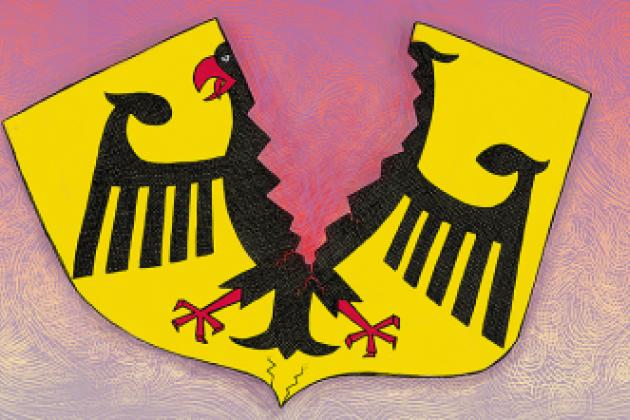 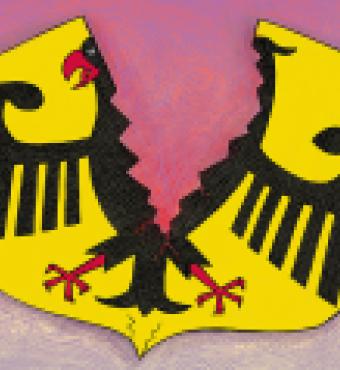 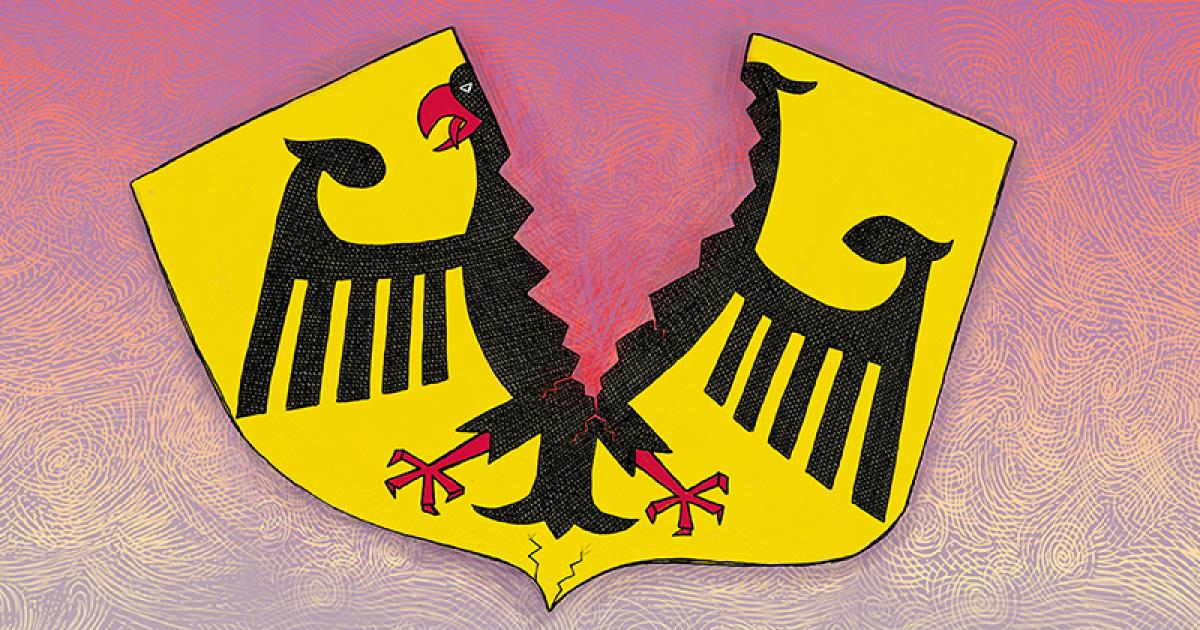 Every 20 to 50 years in Germany, things start unraveling. Germans feel aggrieved. Ideas and movements gyrate wildly between far left and far right extremes. And the Germans finally find consensus in a sense of victimhood paradoxically expressed as national chauvinism. Germany’s neighbors in 1870, 1914, 1939—and increasingly in the present—usually bear the brunt of this national meltdown.

Germany is supposed to be the economic powerhouse of Europe, its financial leader, and its trusted and responsible political center. Often it plays those roles superbly. But recently, it’s been cracking up—in a way that is hauntingly familiar to its European neighbors. On mass immigration, it is beginning to terrify the nearby nations of Eastern Europe. On Brexit, it bullies the British. On finance, it alienates the southern Europeans. On Russia, it irks the Baltic States and makes the Scandinavians uneasy by doing business with the Russian energy interests. And on all matters American, it increasingly seems incensed.

Certainly, Germany has done some unbelievably strange things in the last ten years. In a fit of fear, after the Japanese Fukushima Daiichi nuclear reactor meltdown in 2011, and in a huff about climate change, Berlin more or less abruptly junked traditionally generated electrical power and opted for inefficient and unreliable “green” renewable wind and solar—despite the less than Mediterranean nature of its climate and warnings of the financial downside. The result is that electricity costs have climbed 50 percent in recent years and are among the most expensive in the developed world—and electricity itself is sometimes scarce. In response to shortfalls in power generation, the German energy industry for now is looking at solutions like coal-fired plants, buying nuclear-generated electricity from its neighbors, and cutting deals with Vladimir Putin for natural gas. In other words, Germany spiraled from the one extreme of green idealists to the other of dirty coal, while counting on others to export their electricity into Germany.

Immigration is similar. A bipolar Germany cannot just take in a limited and manageable number of genuine refugees, hope to assimilate them—and then keep quiet about its resulting sense of noblesse oblige. Instead, in a little over a year, Berlin enthusiastically opened its borders and accepted over a million migrants who were mostly unvetted and from the Middle East and North Africa, defending this radical policy with virtue sloganeering about German magnanimity (“we can do this”). Until recently, a mostly homogenous Germany had little experience with diversity, much less with assimilating and integrating mostly impoverished, male, Muslim immigrants. The result of these massive influxes from the Middle East has often been chaos. In an Orwellian sort of good-deed imperialism, Germany hectors its worried, smaller, and far more vulnerable European neighbors to embrace the nearly suicidal German model of open European borders.

Germany has always had a “Jewish Problem.” In the late nineteenth-century, German academics became obsessed with pseudo-research about eugenics and racial purity—which often led to talk of both Aryan purity and crass anti-Semitism that played out in the real world with disastrous results during the Holocaust. After World War II, Germany tried to make amends through introspection, some reparations, and the subsidized sales of military supplies to Israel. Yet Germany seems to once again be embracing anti-Semitism quite aside from its fierce opposition to Israel. Dieter Graumann, the president of the Central Council of Jews in Germany, has warned of the present climate: “These are the worst times since the Nazi era. On the streets, you hear things like ‘the Jews should be gassed,’ ‘the Jews should be burned.’ We haven’t had that in Germany for decades. Anyone saying those slogans isn’t criticizing Israeli politics, it’s just pure hatred against Jews: nothing else.”

In response to the growing hatred, Felix Klein, Germany’s newly appointed special envoy entrusted by the Merkel government with addressing the nation’s growing anti-Semitism—much of it the result of the influx of Muslims—recently shrugged it off, simply pointing out that more and more Jews are leaving Germany: “It is quite understandable that those who are scared for the safety of their children would consider leaving.”

During the recent decade of tension between North and South European Union nations, we saw a similar trend play itself out—a sort of self-righteous veneer plastered over cold, hard power-mongering. Germany knew its continental mercantile system hinged on easy credit to weak EU members on the Mediterranean to buy German imports on credit. When they predictably defaulted on German loans, “shocked” German bankers and pension holders understandably went ballistic. They offered self-righteous lectures on Teutonic thrift and parsimony—but only years after leveraged BMWs and Mercedes had poured into far poorer Athens and Rome.

Militarily, the radical about-faces are the same. Germany has gone from spiked helmets to Weimar pacifism, from the Waffen SS to Potemkin divisions and gossamer air wings. Berlin never quite seems to realize that had it just followed the classical golden mean—strong armed forces under the auspices of Democratic government—it would have neither scared its neighbors nor required 70 years of subsidized postwar defense dependence.

Despite America’s role in the Cold War protecting West Germany and later unifying East and West, Germans now conveniently poll as among the most anti-American people in the EU. And Germany polls the most anti-Trump, which is not surprising given Trump’s harangues about fairer NATO defense spending and trade deficits, both implicit denunciations of Germany’s mercantile trade policies, and virtual disarmament and reliance on the U.S. military.

Some historical context is also necessary. Germans often inexplicably fail to grasp that Americans did not plan on landing in France in either 1917 or 1944—or staying on in Germany until 2018 (there are currently 35,000 U.S. troops still stationed in the country). Much of American foreign policy over the 75 years between 1917 and the fall of the Berlin Wall in 1989 was predicated on either defending Germany’s neighbors from German aggression, or defending Germany itself from Russian invasion. Trump’s election showed that most Americans probably want those U.S. troops out of Germany (and a lot of other places too) as much as Germans now claim to wish them gone. Good distance may make good NATO friends.

For all of its growing animus toward America, Germany has still not met its promised 2 percent expenditures of GDP on defense according to NATO’s requirements. Yet it still runs up huge trade deficits with the United States ($65 billion a year). Germany also enjoys the world’s largest account surplus at $287 billion—warping international trade as the country discourages imports and calibrates its economy mostly for export. The Euro is, by Berlin’s design, still undervalued, and allows the Germans a commercial competitiveness likely impossible were they still to use the Deutsche Mark.

Amid the crises in the Middle East, Iran, North Korea, Russia, and China, most Westerners assumed that Germany, given its size and dynamic economy, would continue to be a model Western leader and a calming force in a historically unstable Europe. Instead, it seems to be entering a dangerous phase when at the zenith of its wealth and power, it nevertheless pouts and blames. Berlin feels snookered by Southern Europeans, ignored by a departing United Kingdom, not given sufficient deference by Eastern Europeans, and resentful of America.

In a perfect world, Germany would address its frustrations through introspection. After all, no one forced Berlin to take in over a million problematic refugees from the Middle East. No one forced it to export goods on easy credit to leveraged buyers who visibly lived far above their means. No one forced it to renege on its NATO defense promises and responsibilities. No one forced it to have a long and catastrophic history with the Jewish people. And no one forces it to expect perpetual U.S. military protection while continually setting record trade surpluses.

Despite the long postwar history of U.S.-German friendship, and despite Germany’s financial and economic power, the country is becoming psychologically isolated, if not unhinged. While Germans broadcast their anti-Americanism, they seem oblivious that Americans may likewise be tiring of German petulance.

If we are entering yet another historical period of dangerous German resentment, the ensuing result will bode ill for everyone involved.