The Great Terror at 40

As his classic work is republished, Robert Conquest reflects on how it threw open the doors of the Gulag’s secrets. 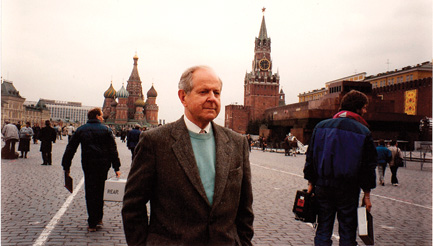 The Great Terror at 40 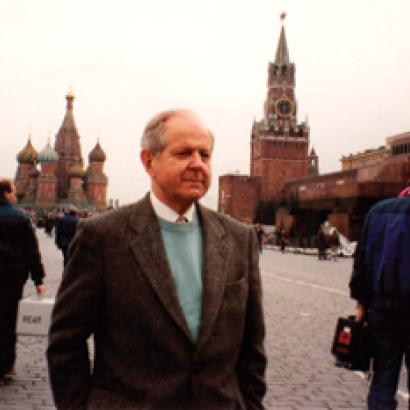 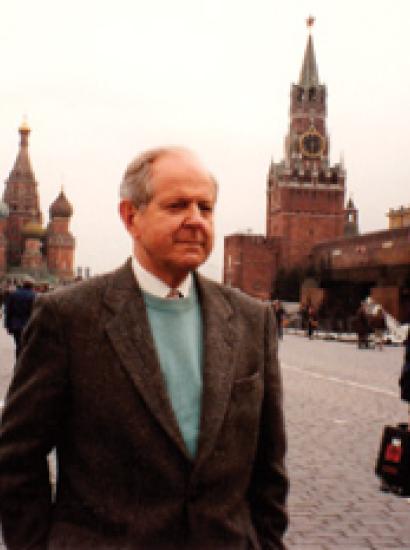 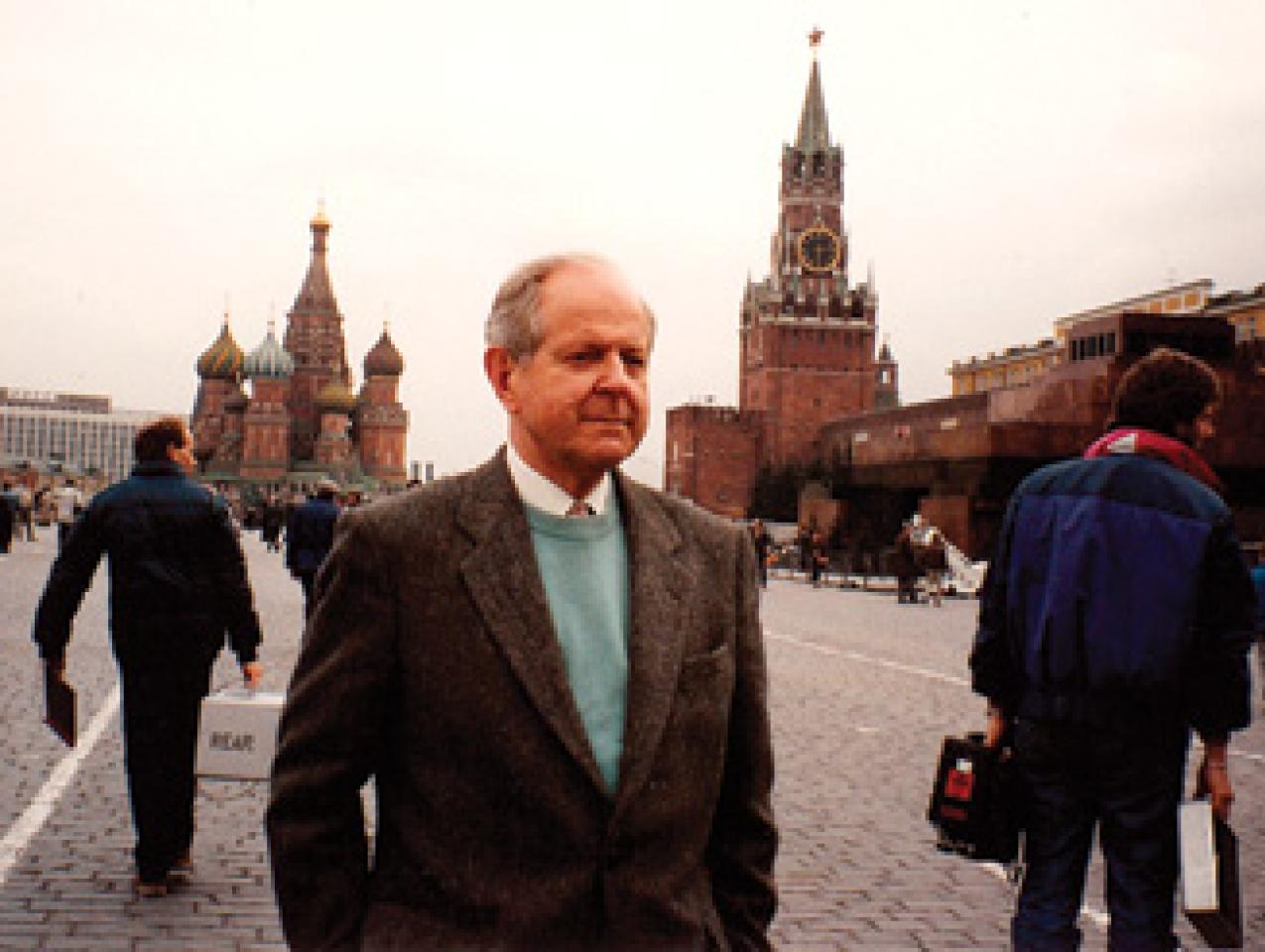 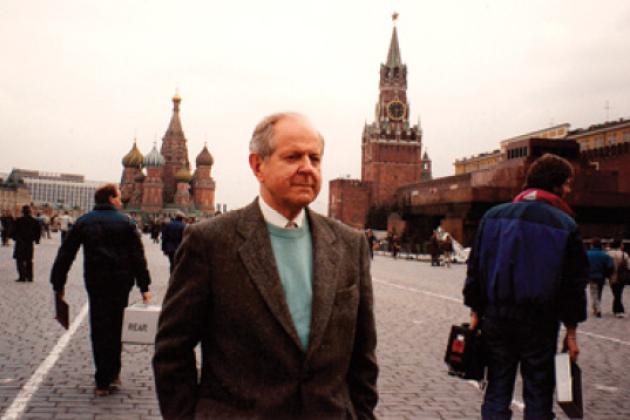 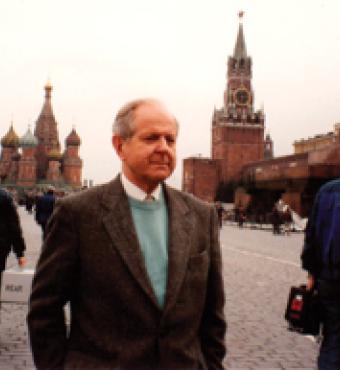 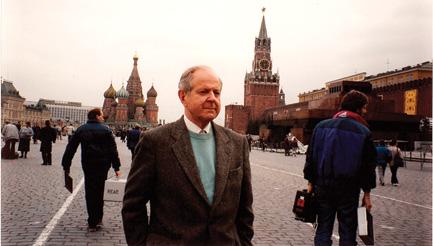 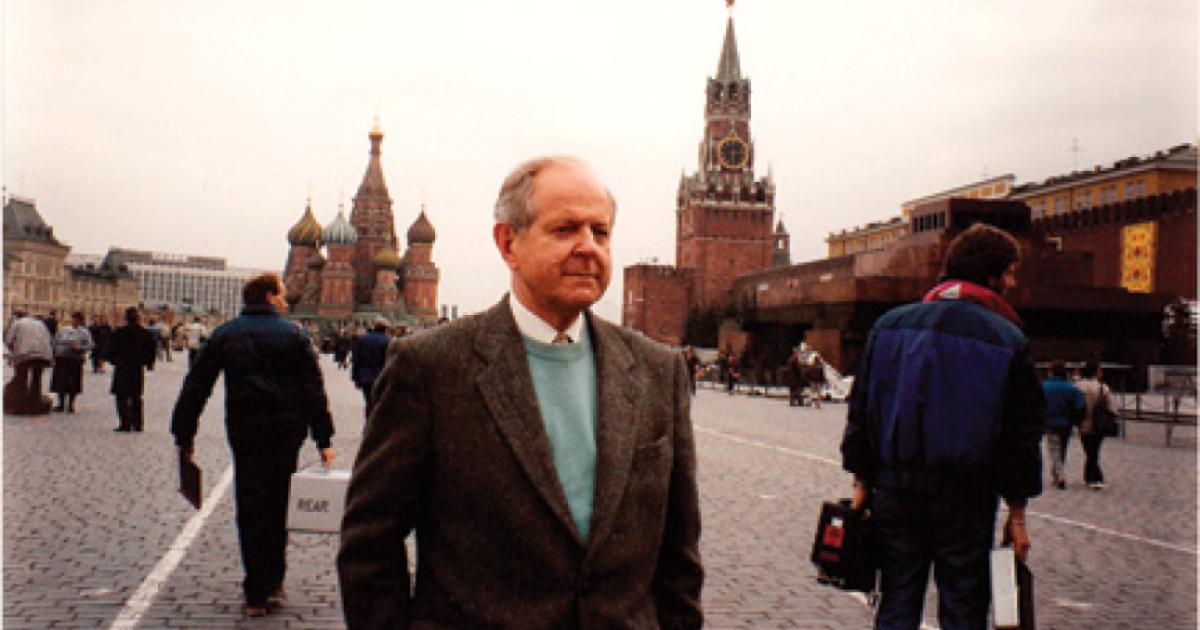 In the late Sixties when my book The Great Terror came out, it was still true that, as the great historian François Furet noted, after the war and the demise of fascism, “all the major debates on postwar ideas revolved round a single question: the nature of the Soviet regime.” He adds the paradox that communism had two main embodiments—as a backward despotism and as a constituency in the West that had to be kept unaware of the other’s reality. And, up to the last, this was often accompanied by a view of the Cold War as an even exchange—with the imputation that any denigration of the Soviet regime was due to peace-hating prejudice.

What was the condition of our previous knowledge of Stalinist actuality before, let us say, 1956? We had for decades had a large amount of real information about the purges, all often rejected or ignored, while little truth and much falsehood had emerged from Moscow. However, since 1956, starting with the revelations of Nikita Khrushchev’s Secret Speech it was (or seemed) indisputable that a regime of lies and terror had indeed been in existence. Over the years that followed came the publication of One Day in the Life of Ivan Denisovich, which, as Galina Vishnevskaya put it, “let the genie out of the bottle, and however hard they tried later, they couldn’t put it back in.”

So by 1964 or 1965 it had gradually become plain that a huge gap in history needed to be filled, and that the facts released over the past few years, plus the often denied testimony of some of the regime’s hostile but increasingly justified witnesses, could be put together, if carefully done, to produce a veridical story, a real history. 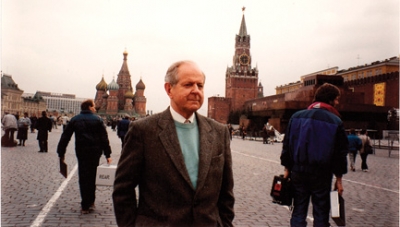 When my book came out in 1968, the publishers were surprised to have to reprint it time and time again to meet demand. Reviews, from left and right, were almost all very favorable. And it was soon published in most Western languages—and also Hindi, Arabic, Japanese, and Turkish.

Over the decades that followed, “the period of stagnation” as it became known in Russia, there was little further public addition to our knowledge—or to that of the Soviet citizen. But in those years came many breaches of the official silence. Aleksandr Solzhenitsyn “illegally” gave us The Gulag Archipelago. From Andrei Sakharov came striking interviews and interventions. There was a flowering of samizdat and, to counter it, many arrests (and confinement in penal “psychiatric” wards— as reported by my friend Vladimir Bukovsky and others—as well as the Gulag). And there was Roy Medvedev’s Let History Judge—from, what is more, a devoted Leninist: a deeply detailed blow at the Stalin terror. There was a liberalism of the catacombs. Above all, the old falsifications lost credibility among anything describable as an educated class in Russia. The public acceptance of what they knew to be not merely falsehoods, but stupid and long-exposed falsehoods—the mere disgrace of it ate into the morale of even the official intelligentsia, as I remember noting in conversations with Soviet diplomats. Meanwhile, the original 1968 edition of The Great Terror had been published in a Russian version (in Florence, in 1972) and was soon being smuggled into the USSR, where it was welcomed by many outside—and, as we now know, inside—official circles.

In the early 1980s came the realization by some in Moscow that the whole regime had become nonviable economically, ecologically, intellectually— and even militarily—largely because of its rejection of reality. When it came to Soviet history, and Stalin’s Terror, there was, as on other themes, some sharp disagreement in the Politburo—later to produce the attempted coup of 1991. The highest leadership itself had not managed to find the facts about the fate of its own relatives! It is only years later that records of these disputes have been published.

One finds Mikhail Gorbachev telling his colleagues, “Millions rehabilitated— that is the great service done by Nikita Khrushchev.” Why did this “stop short?” he asked. “Because Khrushchev too had blood on his hands.” As to his successors, they had done their best to keep the truth unknown: “Under Brezhnev, under Andropov, under Chernenko, even members of the Politburo had no information.” As to what followed, Stalin’s “use of the Kirov murder to bring in repression,” the only motive was “the struggle for power.” And Gorbachev adds: “Plots against him—that’s all rubbish (chepukkha).”

“And this was Stalin,” Gorbachev told his colleagues. “How can that be accepted, let alone forgiven?”

He then speaks of “3 million sentenced, and that the most active part of the nation. A million shot. And that is not counting the share of dekulakization and the fate of people at the time of deportations. And this was Stalin. How can that be accepted, let alone forgiven?”

This was not for publication. But the whole direction of glasnost, amongst other things, brought a mass of officially banned knowledge out of hiding. The first public mention in Russia of my book was when Katrina vanden Heuvel interviewed me for Moskovskie Novosti in April 1989. When I was in Moscow later that year, it was all over. Through the decade there had been little reply to the book from the party establishment. But now the Stalinist writer Aleksandr Chakovsky called me “anti-Sovietchik number one” at the last plenum of the Central Committee. By that time the Russian edition was being serialized (in a million copies each month) in Neva.

The new openness had produced so much new material that it became possible, and even necessary, to produce a new edition of this book. The Great Terror: A Reassessment was published in 1990. Over the next four or five years, I was welcomed in Russia, making many friends, speaking to cultural and other groups and at conferences hosted by the Soviet Foreign Ministry. Going into Izvestiya to collect payment for a contribution to a Moscow journal, I saw a portrait of Nikolai Bukharin (purged and executed in 1938) hanging alongside those of the other former editors. I spent some weeks being filmed there for the documentary series Red Empire, made by Granada Television. As I encountered those I had met earlier abroad, it was hard not to relish Andrei Voznesensky’s saying he could hardly believe I was there: could he pinch me to make sure?

Russians’ acceptance of what they knew to be not merely falsehoods, but stupid and long-exposed falsehoods—the mere disgrace of it ate into the morale of even the official intelligentsia.

The information now available established the story clearly as to historical essentials, and in a generally correct way as to almost all crucial details. But we were soon like modern historians of an ancient empire who have had to rely on a few inscriptions, some only recently deciphered, when a huge store of firsthand records is discovered under some pyramid. It was enough for generations of archaeologists. . . . So eventually we come to the 2008 edition. 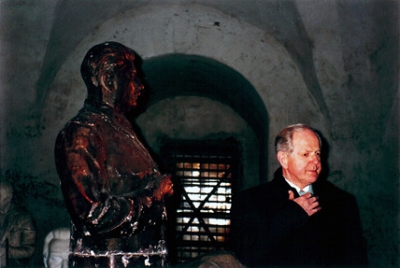 By far the most substantial additions, or amendments, to our knowledge have been the set of decrees on “Mass Operations” in 1937–38. The lists of those sentenced by the Military Collegium were sent to Stalin, and given his approval, with only a few Politburo members also signing. Nor did this informal leadership group have much time to spare. Records show that they had to make so many decisions on other urgent matters of policy that these terror orders were usually handled in twenty or thirty minutes. But when it comes to the Mass Operations, one finds that the number of victims in these accounted for nearly twenty times the number of victims of the Military Collegium and other lesser tribunals.

The mass terror was ordered in detail from the top, and was directed, with the numbers to be repressed laid down for each province and republic, for each stratum of the population—with individual crimes of terrorism, espionage, and so on added later by the local troika—and the lists of names then submitted to Moscow for final approval. That is to say, the strata were condemned as such, and the mass terror was seen as a removal of all that seemed unassimilable to the Stalinist order. Stalin’s mass action against a section of the population was thus taken on “ideological” grounds, merely disguising it as a purge of terrorists, spies, and saboteurs necessary to the safety and survival of the regime.

In the 2008 edition we have much new material on the personalities and activities of the key secret police operators and of the whole mechanism of terror.

Stalin’s terror was ordered at the top. Mass action against a section of the population was taken on “ideological” grounds, disguising it as a purge of terrorists, spies, and saboteurs.

My book has been faulted for giving too little attention to the context of Russia and of the Russian historical and mental backgrounds. We find what seem to be contradictions. Any reader of the country’s great literature may feel an especially Russian humanism arising from the depths of the “national character.” On the other hand, Ronald Hingley (in his classic The Russian Mind) saw the fictional and the real Russian as living in great dullness interspersed with, or accompanying, extreme outbursts, but also possessed by a view of the country’s past and present as deplorable yet containing as recompense a wonderful future with some sort of national glory compensating for everything. A complementary trait often reported is the fear that a Russian, or Russia, is being deceived or cheated—the sort of thing we see in Nikolai Gogol’s Dead Souls and in Soviet xenophobia.

But this does downgrade Russia’s other options—liberalism or pluralism. As Boris Pasternak put it, in the 1880s came “the birth of an enlightened and affluent middle class, open to occidental influences, progressive, intelligent, artistic.” There are many historical and modern examples of this more “Western” style of thought in Russia, deep-set, and though often disenchanted continuing to present a more viable and civilized future. The present leadership has, at least to a large extent, given up Soviet-type economics. But one can have “reform” without liberalism— as with Peter the Great and Pyotr Stolypin. Above all, we are still far from the rule of law—much more important than “democracy.” As elsewhere, the problem seems to be to free the idea of the “nation” from both archaic barbarism and from the more recently bankrupted verbalisms that have partly melded into it.

One can have “reform” without liberalism. Above all, Russia today is still far from the rule of law—much more important than “democracy.”

The history of the period covered by The Great Terror sees the enforcement of Stalin’s totally intolerant belief system—with terror as the decisive argument. Terror means terrorizing. Mass terror means terrorizing the whole population, and must be accompanied by the most complete public exposure of the worst enemies of the people, of the party line, and so of the truth. We know the results. One of the strangest notions put forward about Stalinism is that in the interests of “objectivity” we must be—wait for it—“nonjudgmental.” But to ignore, or downplay, the realities of Soviet history is itself a judgment, and a very misleading one.

Available from the Hoover Press is Turning Points in Ending the Cold War, edited by Kiron K. Skinner. To order, call 800.935.2882 or visit www.hooverpress.org.