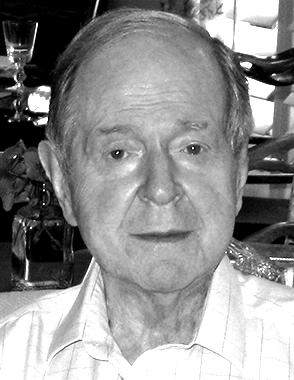 Robert Conquest passed away on August 3, 2015. He was a research fellow at the Hoover Institution.

His awards and honors include the Jefferson Lectureship, the highest honor bestowed by the federal government for achievement in the humanities (1993), the Presidential Medal of Freedom (2005), the Dan David Prize (2012), Poland's Commander's Cross of the Order of Merit (2009), Estonia's Cross of Terra Mariana (2008), and the Ukrainian Order of Yaroslav Mudryi (2005).

He was the author of twenty-one books on Soviet history, politics, and international affairs, including the classic The Great Terror—which has been translated into twenty languages—and the acclaimed Harvest of Sorrow (1986). His most recent works are Reflections on a Ravaged Century (1999) and The Dragons of Expectation (2005).

Conquest has been literary editor of the London Spectator, brought out eight volumes of poetry and one of literary criticism, edited the seminal New Lines anthologies (1955–63), and published a verse translation of Aleksandr Solzhenitsyn's epic Prussian Nights (1977). He has also published a science fiction novel, A World of Difference (1955), and is joint author, with Kingsley Amis, of another novel, The Egyptologists (1965). In 1997 he received the American Academy of Arts and Letters' Michael Braude Award for Light Verse.

He was a fellow of the British Academy, the American Academy of Arts and Sciences, the Royal Society of Literature, and the British Interplanetary Society and a member of the Society for the Promotion of Roman Studies. He has been a research fellow at the London School of Economics, a fellow of the Columbia University Russian Institute and the Woodrow Wilson International Center for Scholars, a distinguished visiting scholar at the Heritage Foundation, and a research associate at Harvard University's Ukrainian Research Institute.

Educated at Winchester College and the University of Grenoble, he was an exhibitioner in modern history at Magdalen College, Oxford, receiving his BA and MA in politics, philosophy, and economics and his DLitt in history.

Conquest served in the British infantry in World War II and thereafter in His Majesty's Diplomatic Service; he was awarded the Order of the British Empire. In 1996 he was named a Companion of the Order of St. Michael and St. George.