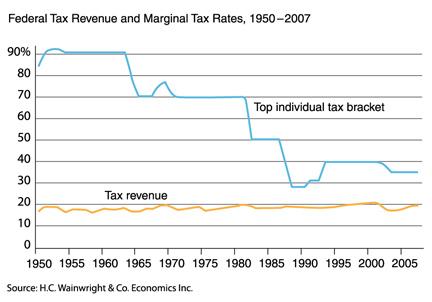 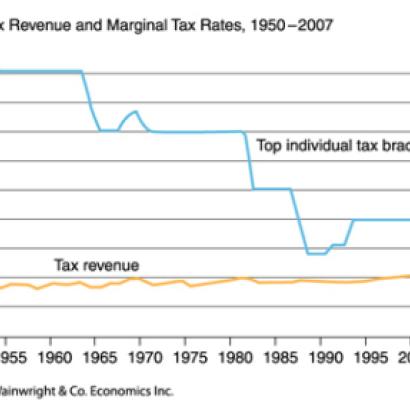 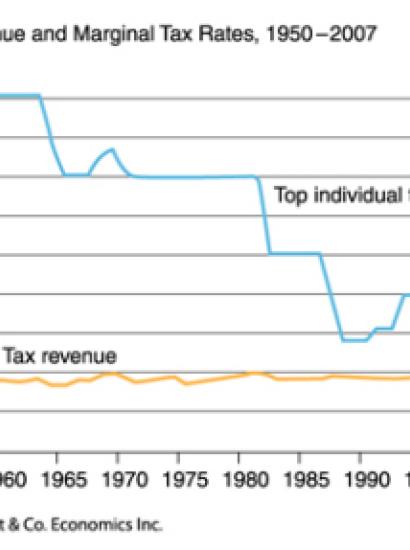 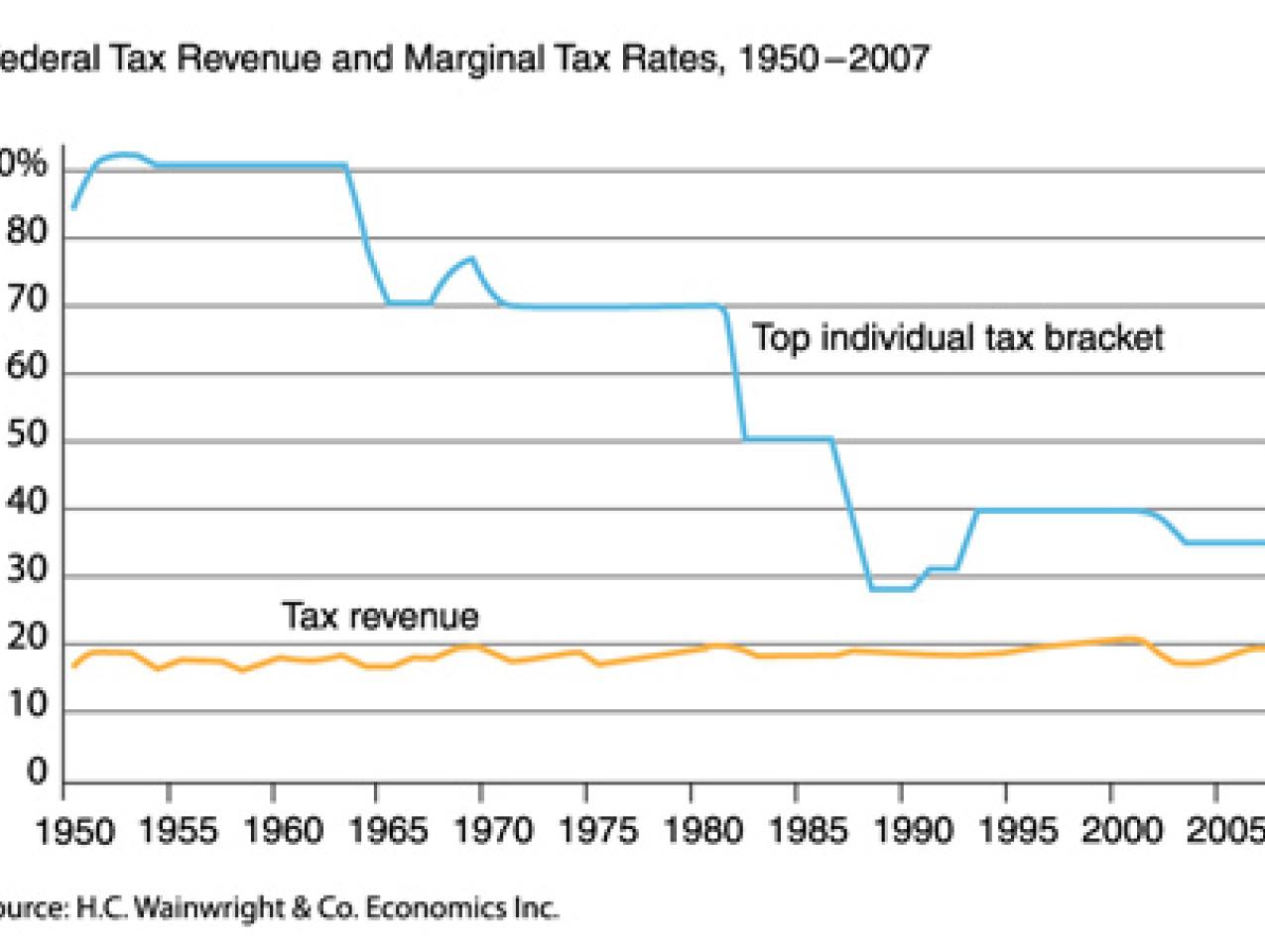 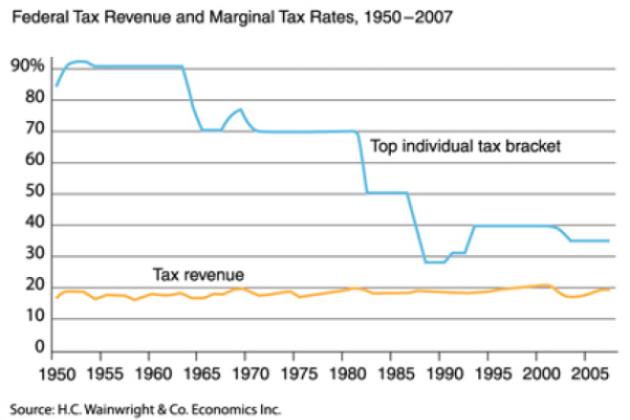 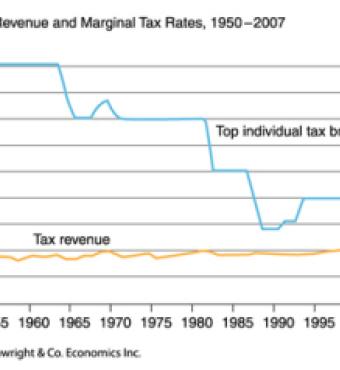 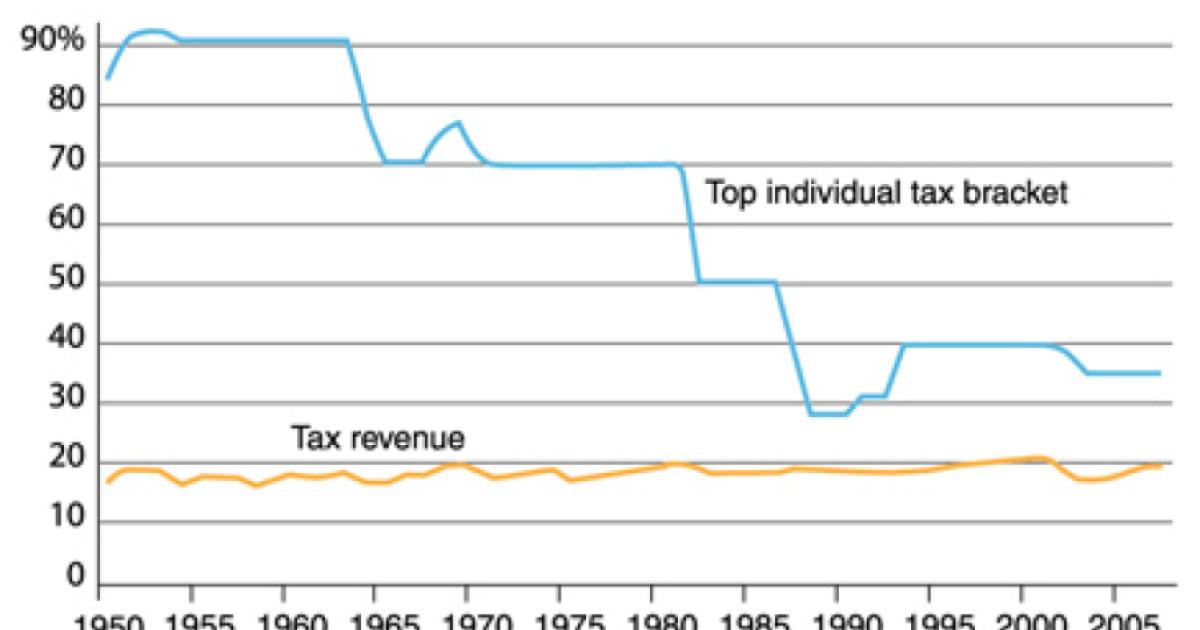 W. Kurt Hauser is a San Francisco investment economist who published fresh and eye-opening data about the federal tax system fifteen years ago. His findings imply that there are draconian constraints on the ability of higher taxes to generate fresh revenues. I think his discovery deserves to be called Hauser’s law, because it is as central to the economics of taxation as Boyle’s law is to the physics of gases. Yet economists and policy makers are barely aware of it.

Like science, economics advances as verifiable patterns are recognized and codified. But economics is in a far earlier stage of evolution than physics. Unfortunately, it is often poisoned by political wishful thinking, just as medieval science was poisoned by religious doctrine. Taxation is an important example.

The interactions among the myriad participants in a tax system are as impossible to unravel as are those of the molecules in a gas, and the effects of tax policies are speculative and highly contentious. Will raising tax rates on the rich increase revenues, as Barack Obama hopes, or hold back the economy, as John McCain fears? Or both?

Hauser uncovered the means to answer these questions definitively. In a Wall Street Journal article in 1993, he stated that “no matter what the tax rates have been, in postwar America tax revenues have remained at about 19.5 percent of GDP.” What a pity that his discovery has not been more widely disseminated.

The chart on this page, updating the evidence to 2007, confirms Hauser’s law. The federal tax yield (revenues divided by GDP) has remained close to 19.5 percent, even as the top tax bracket was brought down from 91 percent to the present 35 percent. This should cut the Gordian knot of tax policy debate.

The data show that the tax yield has been independent of marginal tax rates during this period but that tax revenue is directly proportional to GDP. So if we want to increase tax revenue, we need to increase GDP.

What happens if we instead raise tax rates? Economists of all persuasions accept that a tax-rate increase would reduce GDP, in which case Hauser’s law says it would also lower tax revenue. That is a highly inconvenient truth for redistributive tax policy, and it flies in the face of deeply felt beliefs about social justice. It would surely be unpopular today with those presidential candidates who plan to raise tax rates on the rich—if they knew about it. 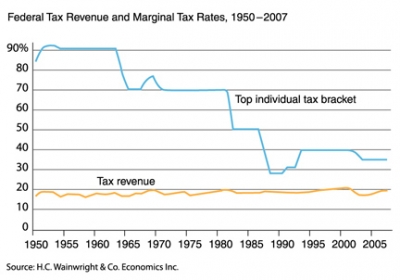 Although Hauser’s law sounds like a restatement of the Laffer curve (and Hauser did cite Arthur Laffer in his original article), it has independent validity. Because Laffer’s curve is a theoretical insight, theoreticians find it easy to quibble with. Test cases, in which the economy responds to a tax change, lend themselves to many alternative explanations. Conventional economists, despite immense publicity, have yet to swallow the Laffer curve. When it is mentioned at all by critics, it is often as an object of scorn.

Economics is often poisoned by political wishful thinking. Taxation is an important example.

Because Hauser’s horizontal straight line is a simple fact, it is ultimately far more compelling. It also presents a major opportunity. It seems likely that the tax system could maintain a 19.5 percent yield with a top bracket even lower than 35 percent.

What makes Hauser’s law work? For supply-siders, there is no mystery. As Hauser said: “Raising taxes encourages taxpayers to shift, hide, and underreport income. . . . Higher taxes reduce the incentives to work, produce, invest and save, thereby dampening overall economic activity and job creation.”

The economics of taxation will be moribund until economists accept and explain Hauser’s law. They will have to face up to it, reconcile it with other facts, and incorporate it within the body of accepted knowledge. And if this requires overturning reigning doctrine, then so be it.

Presidential candidates, instead of disputing how much more tax to impose on whom, would be better advised to come up with plans for increasing GDP and ridding the tax system of its wearying complexity. That would be a formula for success.