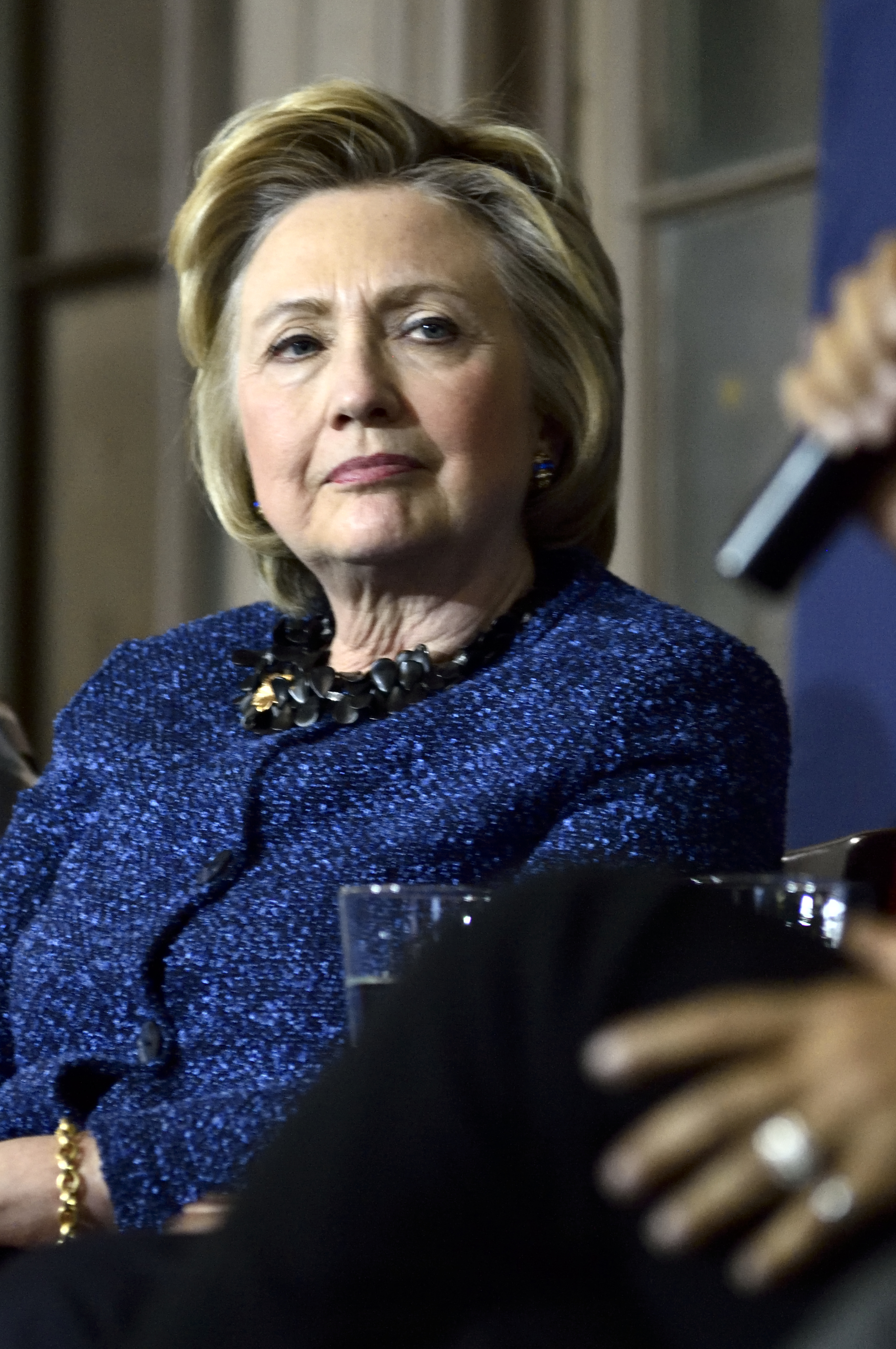 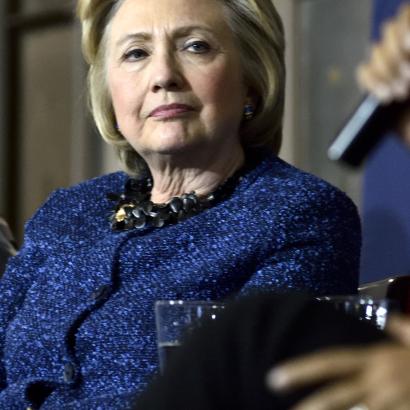 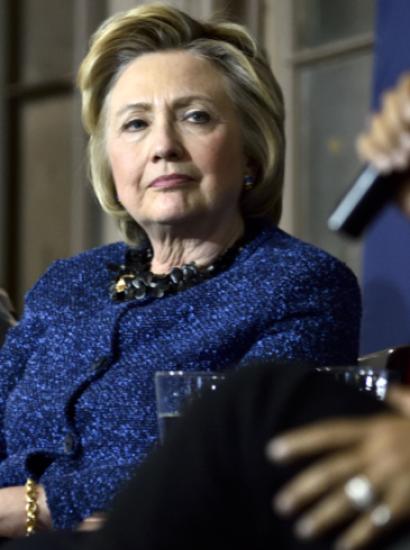 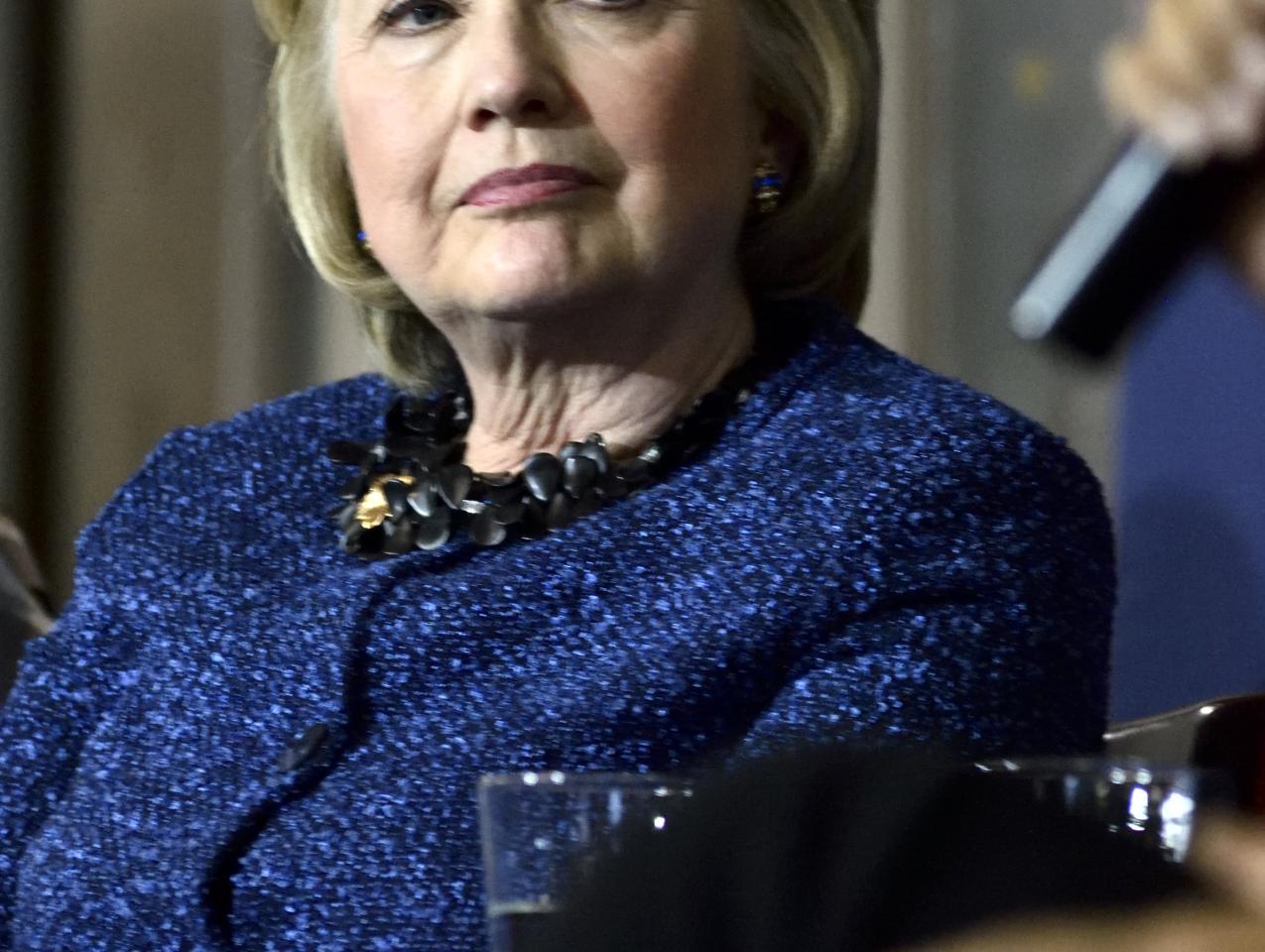 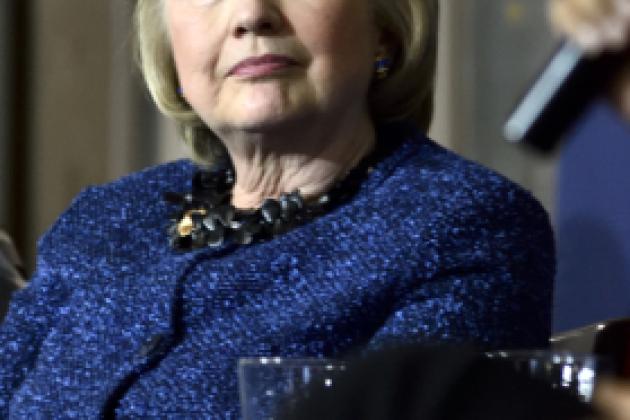 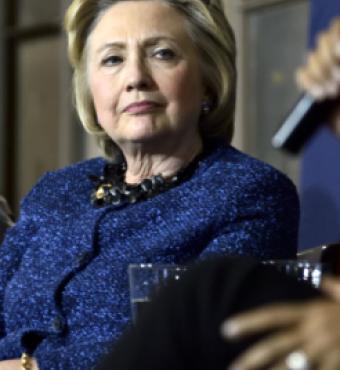 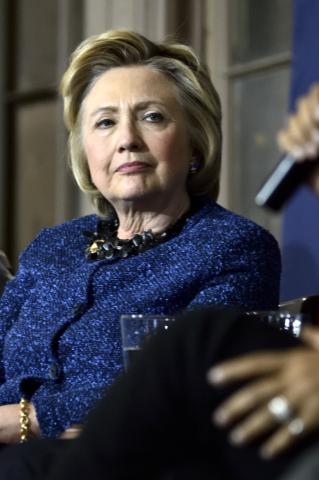 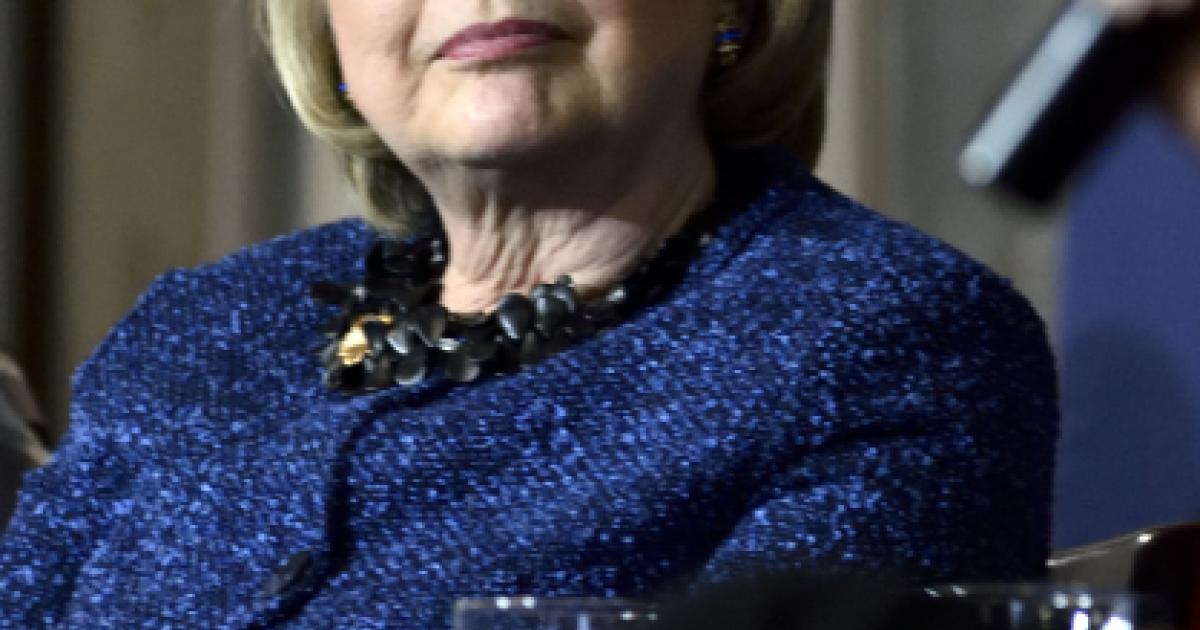 Hillary Clinton could have spared the country hours of wasted investigations, debates, and near civil war had she just made three easy ethical and logical choices.

In other words, there would have been no need for all the distortions by Clinton, the FBI, and the Department of Justice. Just think of it: no bit-bleaching of Clinton hard drives, no smashing of mobile devices, and no secret meeting between Loretta Lynch and Bill Clinton on an airport tarmac.

Nor would there have been embarrassing press conferences by former FBI Director James Comey during the 2016 campaign. Loyalists like Clinton aides Cheryl Mills and Huma Abedin would have had no need to lie about their knowledge of their boss’s illegal server.

There would been no need for silly euphemisms inserted into the FBI reports to exonerate Clinton. No investigation of Anthony Weiner’s laptop would have followed. No deceptions would have arisen about “yoga” and a “wedding” as the topics of some 30,000 deleted Clinton emails.

There would have been no conflict of interest of Deputy FBI Director Andrew McCabe, who investigated the Clinton email scandal, shortly after his wife had received Clinton-related campaign donations. McCabe would not have had any private server emails in the first place over which to exhibit his lack of judgment.

Two: Had Hillary Clinton campaigned more in the key purple swing states—especially Florida, Michigan, Ohio, and Pennsylvania—during the key last month of the election, she might well have won the Electoral College. Instead, quite delusionally, she sought a “mandate,” headquartered in Brooklyn and camping out in unwinnable red states like Georgia and Arizona, squandering resources as a frenetic Trump pilfered her supposedly secure Midwestern base.

Much of the illegal behavior at the Department of Justice and FBI was predicated on the administrative state assuming that Clinton would win the election. Had she done what all the experts and polls predicted—campaigned logically and won her predicted landslide—we would currently have no scandals in quite another sense.

A President Hillary Clinton would have squashed the 2016 email investigation of herself. No FBI or DOJ careerist would have been so naive as to risk a career pursuing it. There would be no inquiries into 2016 FISA court abuse. The lovebird texting of Lisa Page and Peter Strzok would either never have emerged, or would have been dismissed as innocent overzealous supportive banter by President Clinton.

No one would care that a President Clinton had silenced inquiries into how her campaign had hired Christopher Steele to dig up dirt on her rival Donald Trump.

Under a President Clinton, we also would have had no idea that the Obama FBI had inserted a spy into the Trump campaign in the person of Stefan Halper.

No one would have known or probably cared that the Obama national security team had unmasked the names of U.S. citizens swept up with FISA court surveillance and leaked them to the press. Indeed, a President Clinton would likely have envisioned overzealous careerists who may have broken the law on her behalf as loyalists to be rewarded, rather than as lawbreakers to be referred to federal prosecutors.

Three: Had the defeated Hillary Clinton only accepted the results of the Electoral College, like all other defeated candidates, there would have been no post-election collusion hysteria. Had Clinton acted magnanimously like other sorely disappointed losers—Jimmy Carter in 1980, Walter Mondale in 1984, Michael Dukakis in 1988, George H.W. Bush in 1992, Bob Dole in 1996, John McCain in 2008, and Mitt Romney in 2012—there would have been no accusations of scandal.

We would not have heard that the voting machines in particular states were supposedly rigged (they were not). Third-party candidate Jill Stein would not have sued over the results. There would have been no pathetic effort to warp the postelection voting of the Electoral College. The entire Russian collusion myth and the misadventures of Special Counsel Robert Mueller’s investigations arose largely because an embittered Clinton wished to blame almost anything but her own ill-starred campaign for her loss.

Instead, an embittered postelection Clinton went on an endless global book tour. She tweeted as if she were Trump. She joined the “Resistance.” She hit the talk shows.

In these venues, she has blamed almost everything and everyone for her humiliating defeat: the Russians, James Comey, the cash-poor Democratic National Committee, red-state racists and sexists, bullying husbands who silence their wives, the Electoral College, the deplorables and irredeemables, the WikiLeaks email revelations, right-wing media, the mainstream media in general, Republican efforts at voter suppression, right-wing donors, Steve Bannon and Breitbart News, Facebook, Bernie Sanders and his socialist agenda, Barack Obama, Netflix, fake news accounts, the Republican National Committee, her own campaign staff, Jill Stein, Anthony Weiner, and on and on it goes.

The irony is that as the 2016 campaign wound down and most experts and pollsters forecast a 90% likelihood of a Trump defeat, both President Obama and Clinton had warned Trump not to be a sore loser. Obama had condescendingly advised likely losing candidate Trump to stop whining. Obama sermonized that it was absolutely impossible for any foreign nation to tamper with a U.S. election (and by extension equally impossible for Trump to win).

Clinton seconded Obama’s assertions. She chided the sputtering Trump campaign for questioning whether the 2016 election would in retrospect be fair.

Of course, to imagine what a more savvy, humble, and gracious Hillary Clinton might have done during and after the election is an exercise in futility.

Hillary Clinton is by nature sometimes clueless, often haughty, and characteristically vindictive. To understand her response to her defeat, it would be wise to turn to the Athenian tragedian Sophocles and other Greek authors.

Sophocles, Euripides, and the Greek epic poets, historians, and tragedians explore the idea of hamartia. Such an innate character flaw, such as Oedipus’s self-regard or Jason’s obtuseness, can be repressed, but it will inevitably resurface at the most inopportune moment. From Clinton’s cattle-future imbroglio and the “missing” Rose Law Firm files to the Uranium One and Clinton Foundation scandals, Clinton for over 40 years has never much worried about the wages of chronic deception and ends-justifying-the-means morality.

The next step in the slow cycle of classical self-destruction is koros—a greed or overreaching ambition that is the result of hamartia. It thus deludes the apparently successful into believing there will be few consequences to their excess. Koros makes self-reflection impossible. As first lady, Senator, Secretary of State, and a presidential candidate, Clinton saw no ostensible connection between her character flaws and a lack of success. Indeed, her fabrications, excesses, and deceptions previously led to ever-greater career advancement, and were seen as integral to her good fortune.

Koros—the mindset that there are no consequences to surrendering to innately destructive impulses—leads to hubris, or a pattern of blindness brought on by overweening arrogance. Hubris is why no one questioned why Hillary Clinton was using a private email server. No campaign aide or staffer risked suggesting to a hubristic Clinton that she was wasting her time campaigning in Georgia or in bitter defeat joining the Resistance.

The Greeks saw atê as the concrete result of hubris. Atê was synonymous with individual acts of abject folly. In the-emperor-has-no-clothes-fashion, Clinton doubled down on her delusions. So, her hubris-driven recklessness continued, if not accelerated, as she ranted about the “deplorables” and “irredeemables.”

The final act in a multistoried Greek tragedy is the advent of Nemesis or divine retribution. At some point, the gods decide they’ve had enough of mortal excess, arrogance, and folly, and intervene to destroy the perpetrator—and often everyone in his or her vicinity.

Usually that happens at the pinnacle of the tragic hero’s perceived success, as in the case of a clueless but innately haughty King Oedipus of Thebes. In Clinton’s case, Nemesis approached in late 2016, when experts had all but coronated her as president-elect months before Election Day.

When Nemesis finally hit Clinton on November 8, 2016, she was stunned, unable to even extend a simple public gesture of concession on election night. From there, Nemesis took her on a downward spiral. Clinton descended from once polling as the most popular woman in the U.S. to a rather sad figure, scapegoating, weaving conspiracy theories, blame-gaming, and endlessly replaying the disaster of 2016—a sort of poor, blinded and dethroned Oedipus wandering in exile in the fashion of peripatetic former FBI Director James Comey, whose character and fate in some ways are similar to Clinton’s.

In sum, Clinton made a series of nearly inexplicable, but clearly disastrous decisions—assuming that she could set up an unlawful private server as Secretary of State, that her 2016 victory was foreordained, and that she would deny and seek to overturn rather than accept her defeat. At any time, easy and obvious choices would have spared her a great deal of humiliation and her associates and supporters disaster.

But then again, according to the classical belief in fate and necessity, Clinton may have had little choice after all—given that her innate flaws were a sort of bomb that was always ticking until blowing up at the most appropriately tragic time.