How to Police the Police

Do aggressive police tactics reduce crime in our largest cities? Despite what you may have heard, Hoover fellow Joseph D. McNamara argues, they don’t. An urban myth exposed. 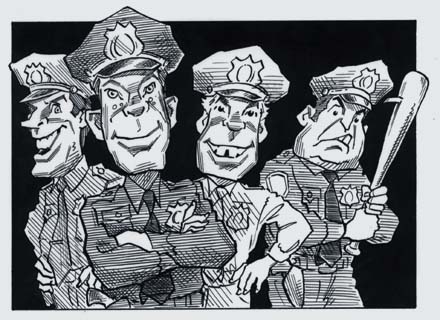 How to Police the Police 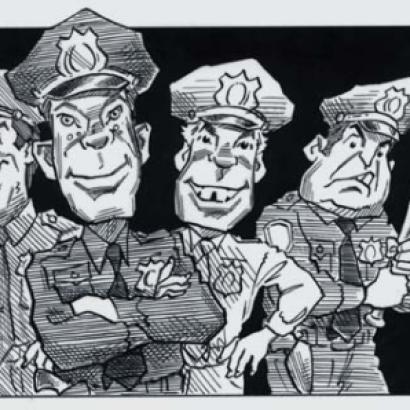 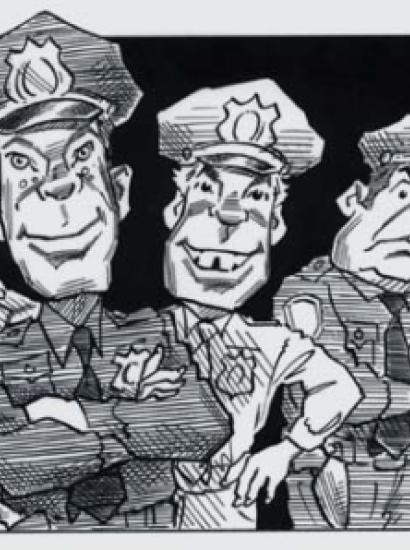 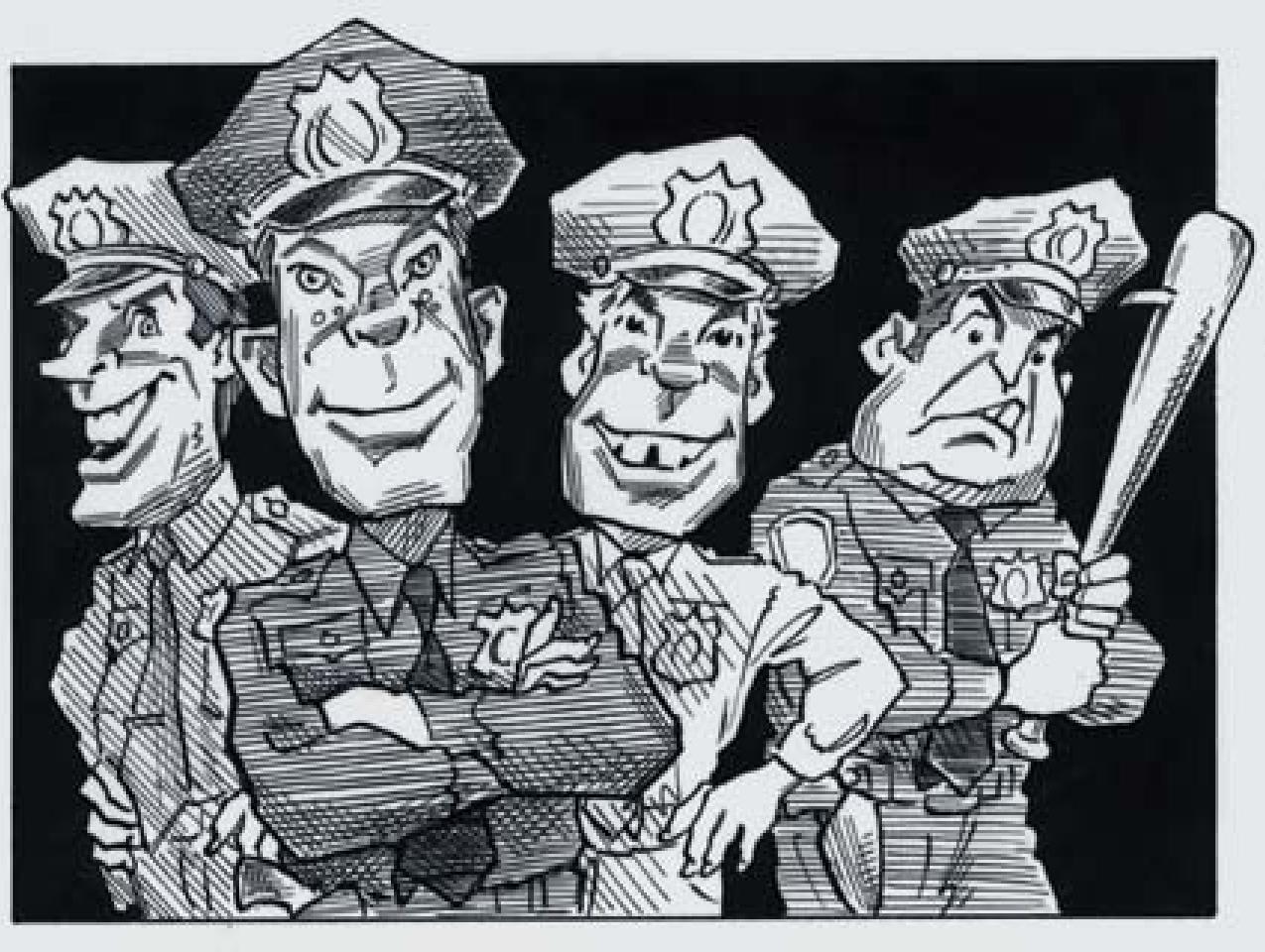 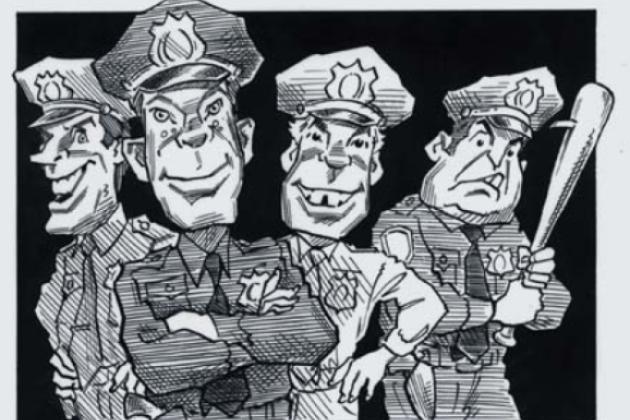 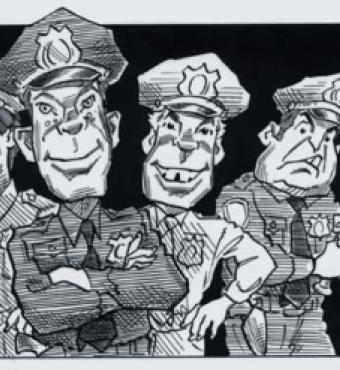 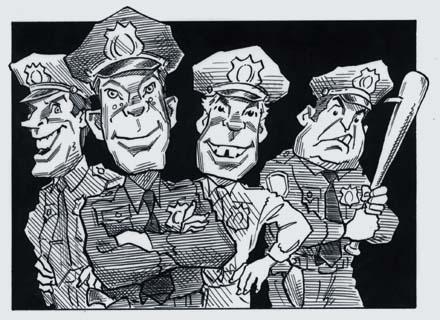 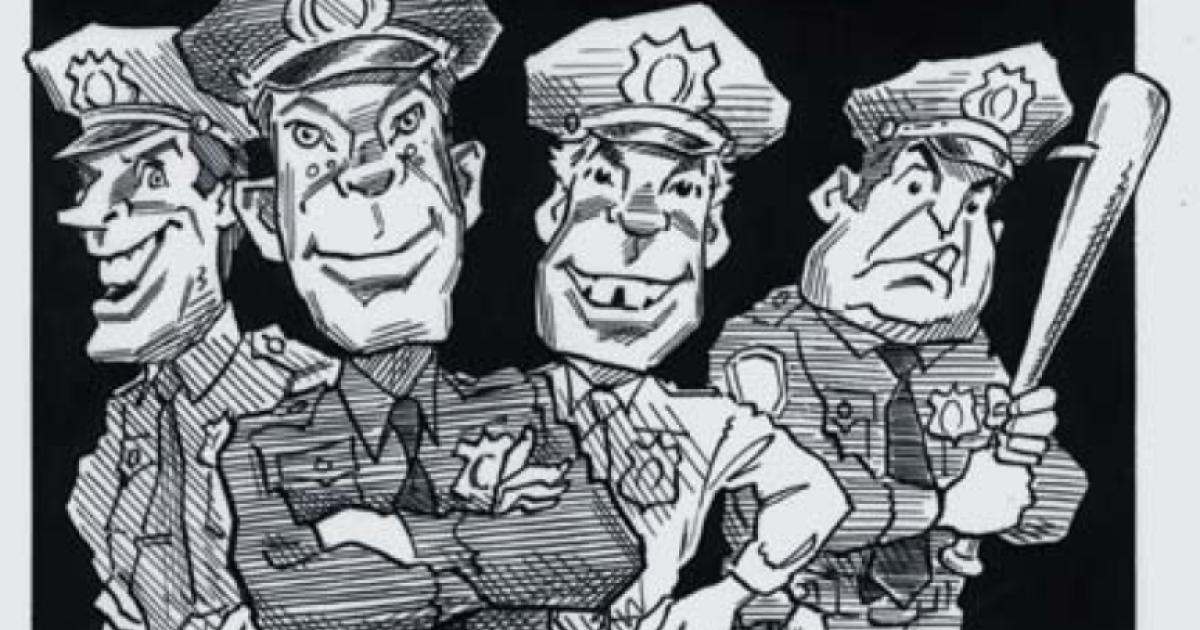 Police credibility in the United States should be extremely high at the moment: Crime has decreased for seven years, and the number of shootings by police has also diminished. But in many areas, police credibility is down. Questionable shootings by officers across the nation have led to doubts: A police officer in Connecticut shot a motorist he believed was reaching for a gun, which turned out to be a cell phone. Four Riverside, California, officers and a sergeant have been fired after fatally shooting a young African American woman dozing in her locked car with a gun on her lap. Two Los Angeles officers are under investigation for shooting a 105-pound homeless woman to death.

In this context, public concern about police shootings is understandable. It is wrong, however, to decide that there is an established number of times that cops can shoot people and then condemn officers for exceeding some “quota.” Although even one unnecessary shooting is too many, police officers have no way of controlling the number of life-threatening incidents to which they respond.

Instead, each case must be evaluated by this criterion: Did the officers fire as a last resort, in the reasonable belief that they or others faced imminent danger of death or serious injury? Answering this question, although not easy, is the way to distinguish between police shootings that are necessary in the line of duty and those that are warning signs of deeper problems. The truth is, bad police shootings and instances of police brutality do not take place in a vacuum. They ferment in negative police cultures thriving on overheated rhetoric that describes cops as “soldiers” in “wars” against crime and drugs.

In San Jose, California, where six people were killed in police shootings in the first half of this year, Chief Bill Lansdowne has ordered a review of training and procedures and increased the use of crisis-intervention teams specially trained in nonlethal methods. These steps send a strong message of restraint to officers, and they should reassure citizens that the police department is committed to minimizing the use of force.

This past February, New York mayor Rudolph Giuliani responded quite differently to the police shooting of Amadou Diallo. Diallo, an unarmed African immigrant with no criminal record, died in his own hallway after four white New York City police officers fired forty-one shots at him. Giuliani called the subsequent protests and demonstrations “silly.” The police officers did not testify before a grand jury or publicly justify their actions; they have been indicted for murder. Trust in the department has plummeted: Almost 80 percent of minority citizens said, in a recent poll, that New York cops are biased against them. Even most whites polled thought that cops treated minorities unfairly.

The mayor and his police commissioners are experiencing the results of creating a zero-tolerance police culture. New York has adopted the “broken windows” model of policing, which holds that urban decay, littering, and graffiti send encouraging signals to criminals. Therefore, police are ordered to crack down on even minor violations. Amid this climate of a “war” on crime and drugs, many New York cops do not see local citizens as allies against crime but rather as individuals needing to be firmly controlled by the police. There is no evidence, of course, that such conditions signify anything other than an impoverished and segregated area. The ugly confrontations between police and minorities set in motion by “broken windows,” however, have led to broken trust in the police.

It reminds me of what I saw when I came to San Jose as police chief in 1976. Before my arrival, a San Jose officer pursuing a black man for a traffic violation had fatally shot him in front of his home. Another policeman had fatally wounded a young Latino, thinking he was reaching for a gun. The boy was sitting in a car with his girlfriend in front of her home, and no weapon was ever found. The police department reacted with much the same insensitivity Giuliani displayed in the Diallo case. The San Jose mayor and city council, however, did not. Their desire for improvement led to my appointment.

As a result of the shootings and generally bad relations between the police and minority communities, the San Jose mayor and city council had asked the U.S. Civil Rights Commission to monitor the department. Three years later, the commission praised San Jose police for greatly improving relations and recommended that the department be used as a national model for large cities.

Those shootings, tragic as they were, were part of a more serious problem. Like Giuliani’s officers today, San Jose police back then believed it was their job to keep the citizens in line. They saw themselves as tough cops and believed that confronting everyone—especially minority males—as potential criminals would scare people into being law abiding. In reality, police disrespect made citizens reluctant to report crime, help gather evidence, or come forward as witnesses. Paradoxically, the police were discouraging the very citizen cooperation they needed to fight crime.

With the help of San Jose supervisors and leaders from community organizations, we were able to change the police culture and bring cops back into contact with the people they served. Both crime and police use of force declined as trust was renewed.

Reasonable people accept that a cop’s job is difficult and dangerous, and most people understand that sometimes an officer will have to shoot someone. State penal codes and juries everywhere support an officer’s right to use reasonable force, including deadly force, when necessary. But the police are not and should never be allowed to think of themselves as soldiers or to believe they face the same level of danger.

General Colin Powell during the Persian Gulf war bluntly reminded the nation that a soldier’s duty was to kill the enemy. Because of that, the military accepts certain civilian casualty levels in dealing with the enemy. Police, however, are public servants who maintain order and enforce the law. They are never right in viewing any group in society as the enemy. Police training should emphasize that officers are not justified in shooting motorists reaching for drivers’ licenses or cell phones.

In many cities today, overbearing policing has greatly reduced police credibility—worsening the tendency to view police shootings as racially biased even when they are not. A police culture embracing zero tolerance can also encourage biased officers to use unnecessary force. Philadelphia police commissioner John Timoney, former first deputy commissioner in New York, recently said: “Frankly, there is a problem with race in policing. To solve it, we have to deal openly with it.”

New York police justify their aggressive style of policing and the resentment it causes by saying they are a necessary price to pay for reducing crime. But that claim does not hold up. Crime had begun to decline in New York before Giuliani’s election. Moreover, crime has declined nationally—including in areas such as San Jose and San Diego, where police pursued cooperative partnerships with neighborhood groups. Crime also declined in Los Angeles following the police beating of Rodney King, when cops did little more than answer calls because they feared complaints. Furthermore, during the 1980s—when crime was increasing nationally—San Jose became the safest large city in America. Crime dropped as the department followed a community-policing model and as the computer-driven economy provided ample jobs.

The latest reports indicate homicides in Manhattan are up 27 percent compared with last year and up 19 percent in Brooklyn. Of course, the police commissioner and mayor who took credit for the previous declines are not attributing the increases to their own ineptness.

My dad, older brother, and I all worked as policemen for many years in New York’s highest-crime areas. None of us would have fired at Amadou Diallo. We were conditioned to believe that cops were part of the neighborhood—not an occupation force put there to maintain our own image of what the neighborhood should look like. In my ten years as a policeman in Harlem, I, like other cops, frequently experienced tense moments, only to find out later that things were not what they appeared to be. And even a police chief can face split-second decisions.

About 9 o’clock one evening in San Jose, as I was driving home from headquarters, I saw the passenger in the car in front of me point a gun at youngsters in a park. I radioed a description and requested backup. A uniformed officer quickly arrived and went to the driver’s side of the car, not realizing that it was the passenger who had the gun. I rushed to the car and pointed my weapon at the suspect’s head, ordering him to freeze. Instead, he reached under the seat. I had seen him pointing a gun at other people. I would have been morally and legally justified in shooting, and he certainly would have been killed. But like almost every cop I’ve known, I didn’t want to shoot anyone. I grabbed him by the neck and hauled him out of the car. It turned out he wasn’t drawing the gun but sticking it under the seat. It was a poor-quality weapon and probably would not have done much damage if it had been fired. I could have killed a confused seventeen-year-old playing out a fantasy with his girlfriend, the driver. He had no intention of shooting anyone.

The point is that, every day, cops refrain from shooting even when justified. Of course, we never see these cases in the news. When we analyze officers’ split-second decisions later, we don’t owe them a blank check. But we do owe them a calm and fair verdict reached under due process of law, not a judgment based on partial media reports.

Available from the Hoover Press are “Farewell to Arms? Gun Control” and “Playing Hardball: The Best Way to Fight and Deter Crime,” videotapes of the weekly television program Uncommon Knowledge™, jointly produced by the Hoover Institution and the San Jose PBS affiliate KTEH. To order, call 800-935-2882.