Intellectual Property And The COVID Vaccines

Strong patents are consistent with sound principles of humanitarian aid. 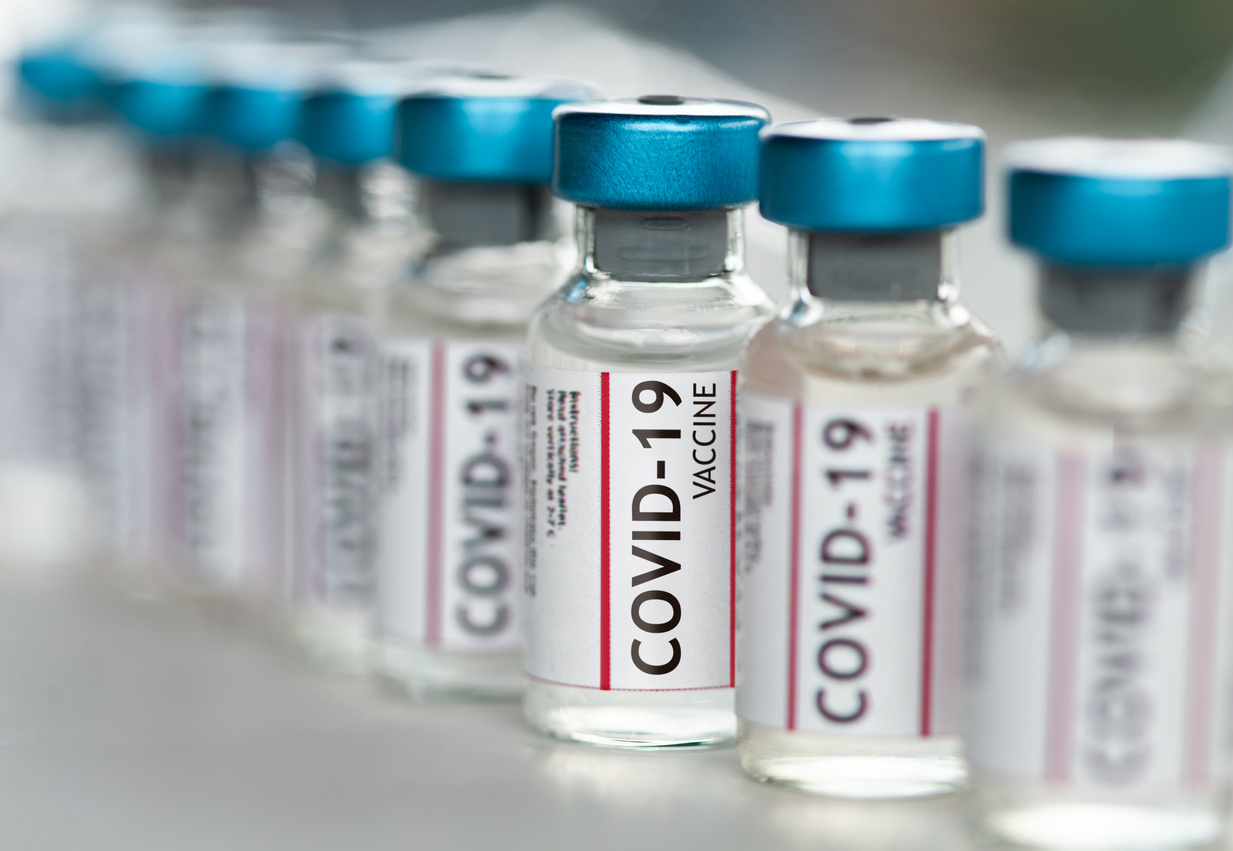 Intellectual Property And The COVID Vaccines 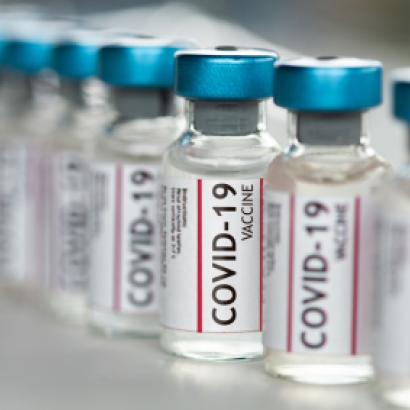 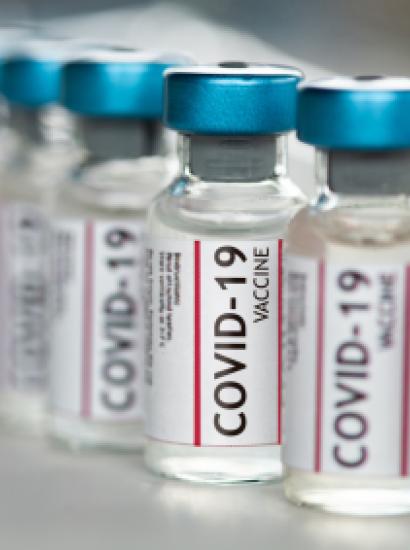 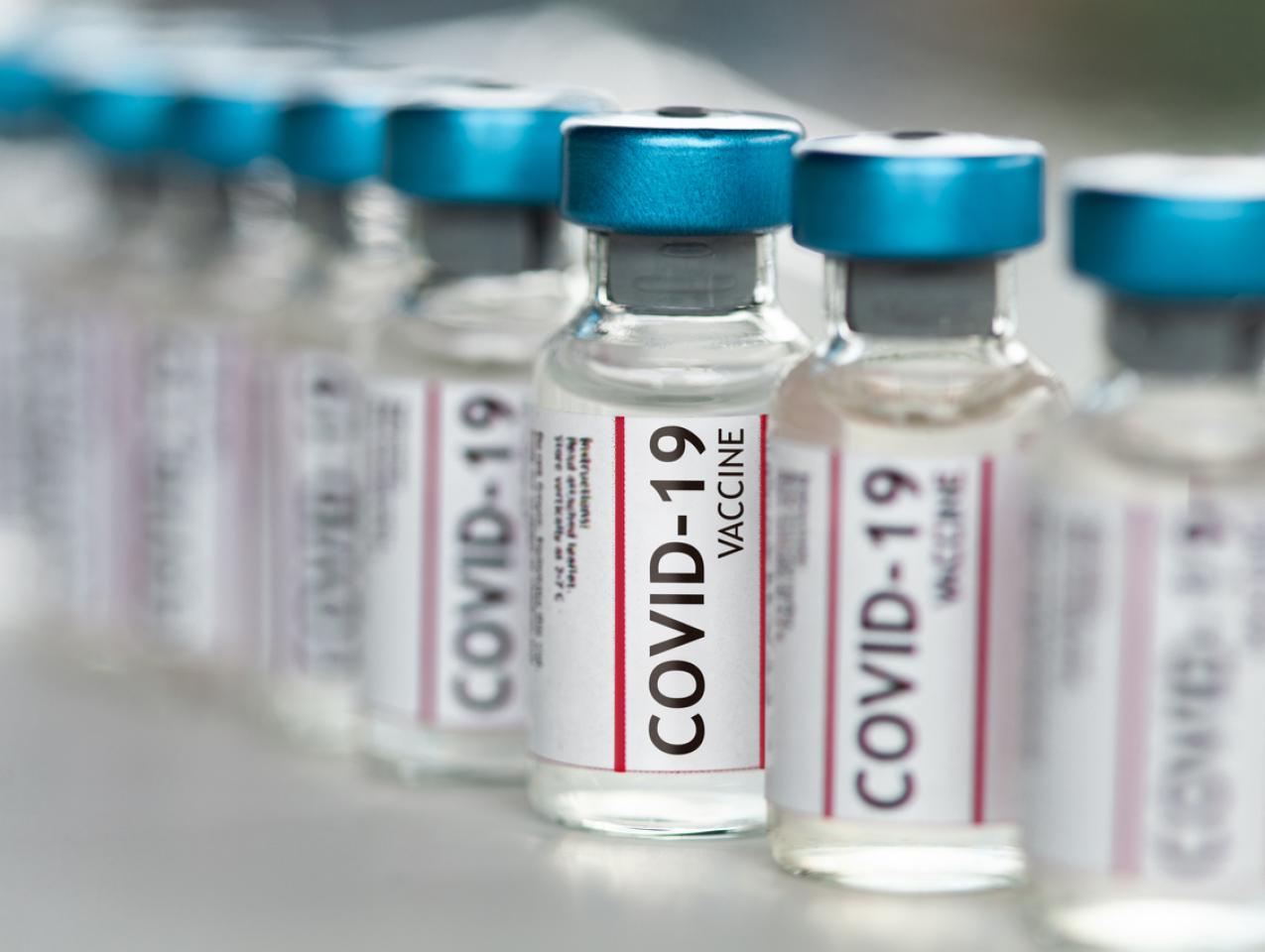 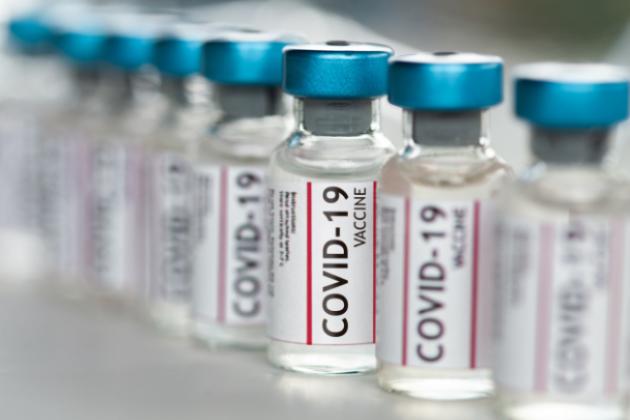 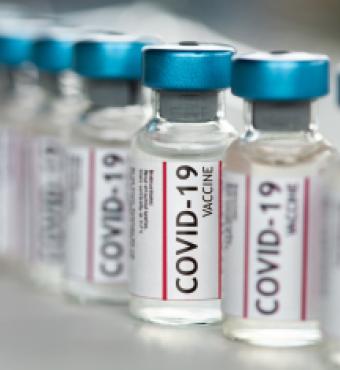 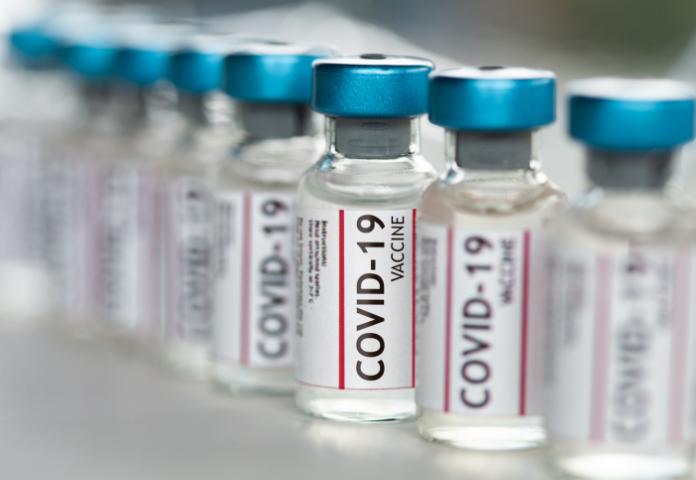 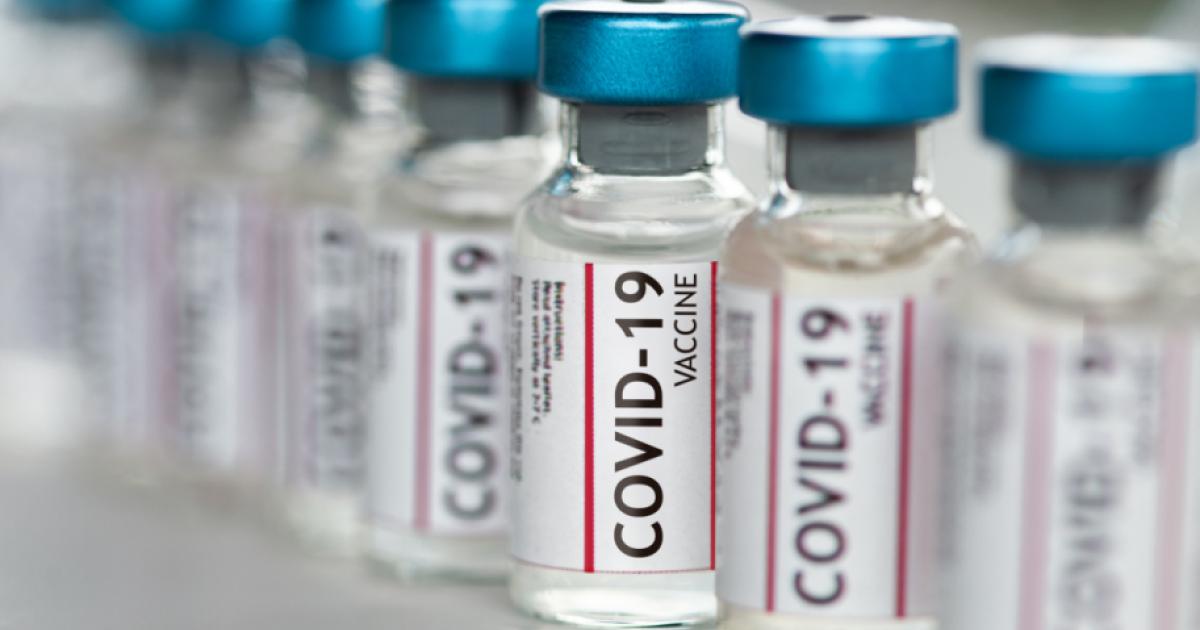 The number of COVID-related deaths continues to rise, especially in developing countries like Brazil, where deaths have topped 400,000, while India recently saw 400,000 new COVID cases in a single day. These grim statistics are due to new mutant strains, which have spread rapidly in areas where residents are both poor and in poor health, and where sanitary conditions and local infrastructure are underdeveloped. Major actions are required to slow down and reverse the deadly cycle of death and destruction in these and other places. But what course to take?

To make an appropriate response, it is first necessary to understand how the crisis in developing countries arose. Part of the problem lies in a chronic shortage of vaccine supplies, but much of that shortfall is due to the slow and archaic government systems of distribution, which are often broken (if not corrupt) at every level. The odds that any government can overcome the problematic vaccine shortage by relying on the same officials, programs, and techniques that created the shortage in the first place are slim indeed. A total revision of national programs, preferably with a healthy dose of privatization, is the first priority.

However, many commentators are demanding another approach, calling on wealthy countries like the United States to ease the current vaccine shortage by removing patent protections that private firms have on their vaccines. Thus, Georgetown’s Matthew Kavanagh and Madhavi Sunder, writing for Bloomberg Law, have recently insisted that President Biden “must push drug firms to share science with the world.” Their argument starts with the tragic summary from the WHO that speaks to a colossal failure in the current distribution system: “More than 700 million vaccine doses have been administered globally, but over 87 percent have gone to high-income or upper-middle-income countries, while low income countries have received just 0.2 percent.”

Kavanagh and Sunder hope that without patents restricting access, developing countries can either start to make these products themselves or license sophisticated technologies from companies to make these drugs for them. Variants of that proposal are clearly gaining some degree of strength. Right now, Brazil is poised to strip patent protection for vaccines prepared for use inside the country. Will other nations like India follow?

Kavanagh and Sunder insist that “a better diplomatic approach—sharing US-funded technology with the world—could end this pandemic once and for all.” That technology is already being widely shared, sometimes at a price, but often not. Kavanagh and Sunder’s Panglossian prediction seems wholly implausible, given that the supply of vaccines, medicines, and other technologies constitutes only one piece of a larger puzzle. Local players—such as doctors, health care officials, pharmacists, transportation officials, and many more—all must be able to efficiently utilize these US technologies for any program to work. Do they have the capacity to do that?

Even if we were to suppose that wider availability of vaccines and other medicines could somehow allow developing nations to end the pandemic, the aggressive proposal to remove patent protection would still do more harm than good. The standard (and correct) rationale for the issuance of patents is that they incentivize the production of new inventions, including new drugs, which would otherwise not be produced. Information is easily shared, so that if one firm develops a formula for the production or administration of a vaccine that is then made public without patent protection, other firms (and nations) are free to adopt it for their own use, thereby allowing them to undersell the firm that developed the drug or technology in the first place. The new firm will bear only the marginal cost of production, while the innovator will bear not only those costs but also the initial costs of invention.

Estimates for those research and development costs vary within the pharmaceutical industry, but even conservative estimates put them at over a billion dollars for a new drug. For a benchmark comparison, the US government, through Operation Warp Speed, invested $18 billion in firms developing COVID vaccines. Each extra unit might cost only pennies or a few dollars, yet marginal cost pricing cannot work. The enormous development costs cannot be levied against the few individuals who first take the vaccine, but instead must be spread across the entire population of potential users to allow firms to recover their initial investment.

Patent protection, which offers the exclusive right to sell a product or service for some limited period, is the most efficient way to secure that advantage. Any effort to use prizes or tax subsidies as patent substitutes is faced with insuperable difficulties. Prizes may work for mathematical proofs, abstract ideas that cannot be patented anyhow. But the sums awarded are puny relative to the enormous costs for patent development. Worse still, the typical prize is awarded only to the first workable product, which may not be the best one. Yet its presence on the market has the unfortunate effect of slowing down the introduction of other (unsubsidized) close substitutes. That wouldn’t happen under current law, where a new drug could not be prevented from entering the market just because the initial patent addressed the same underlying disease or condition.

The patent system is thus organized in a way that allows new drugs to eat away at monopoly profits of any earlier entrant. That same process, moreover, takes place when generic drugs are in competition with new patented drugs, which can survive only if their overall effectiveness is sufficiently superior to offset the price advantage of any generic drug.

The hard question is whether the patent system should be suspended because of the present crisis in developing countries. Wealthy countries have not eliminated patents for COVID-19 drugs, because they see the obvious threat that the loss of revenues poses to innovation. They fear that drugs delivered to an undeveloped country for sale at a low price could be illegally reshipped to a richer country where they could undercut the local prices, which could in turn reduce the ability of the patent holder to recover the front-end costs of its invention.

Government Can Shoulder the Cost

To obtain drugs at lower prices, developing countries often propose to create a compulsory licensing system that lets them get drugs at a lower price by wringing monopoly profits from the system. As Scott Kieff and I argued a decade ago, that strategy is in general a mistake. Compulsory licenses work only in situations where short-term conditions drive prices above competitive levels. However, under the applicable language of Article 31 of the Agreement on Trade-Related Aspects of Intellectual Property Rights (TRIPS), developed under the auspices of the World Trade Organization, any alleged market breakdown does not permit a member state to obtain a license for free but only at a reasonable commercial rate, which thus effects no significant change in pricing policy.

But let us suppose that free drugs could give a substantial boost to developing countries, especially if the United States or another advanced nation manages the distribution system. It still does not follow under applicable US constitutional takings principles that the drug companies in question should bear that loss, given that the eminent domain option (with just compensation) always remains open to the federal government. Right now, the United States already commits extensive public revenues to offering direct aid to hard-hit nations, both out of a sense of altruism and the reasonable concern the any new contagion (e.g., mutant strains in Brazil and India) could easily spread back home.

The objection to these forms of expropriation was best stated by the late Justice Hugo Black in Armstrong v. United States (1960): “The Fifth Amendment’s guarantee that private property shall not be taken for a public use without just compensation was designed to bar Government from forcing some people alone to bear public burdens which, in all fairness and justice, should be borne by the public as a whole.” If the government wants to supply vaccines abroad, it should simply buy them from companies at a fair price and then give them away as seems expedient—or prevail upon local governments to buy the vaccines themselves at bulk rates.

That same principle, moreover, should apply to the Moderna vaccine, even though the United States funded more than 99 percent of that vaccine’s total cost. That investment may or may not have been wise, but it should not be subject to a collateral attack by letting the government renege on its contract—or unduly lean on the company—to ensure a vaccine supply overseas. Putting the cost on the government allows it to maintain the incentives of the patent system while pursuing its international objectives. This global crisis will be best served by adherence to a sound system of property rights.