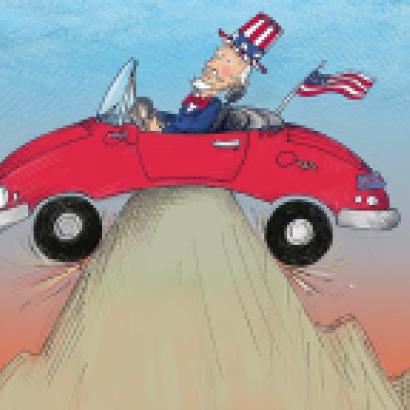 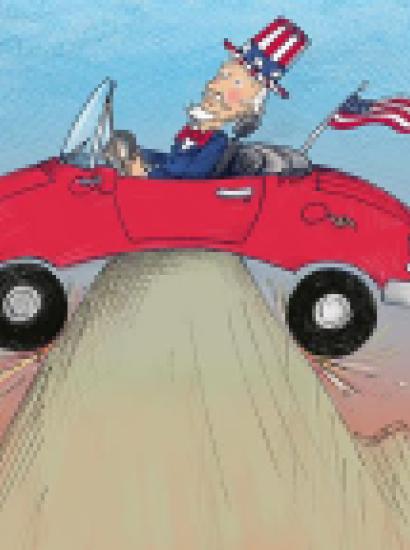 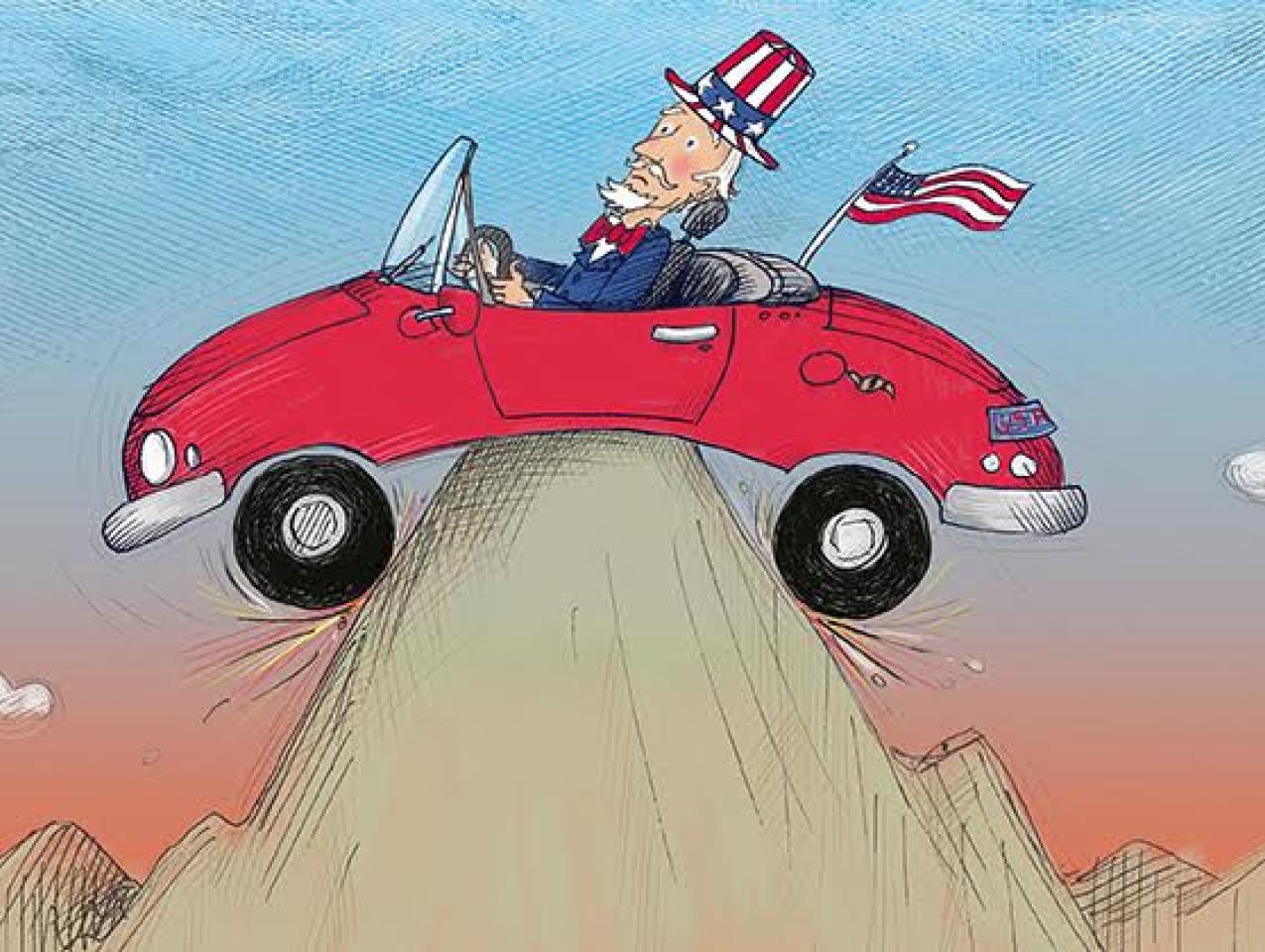 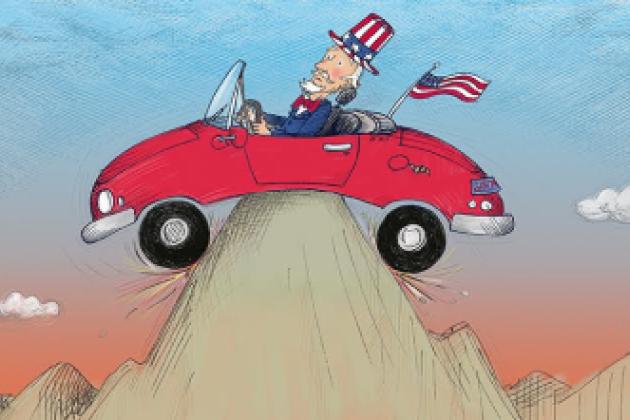 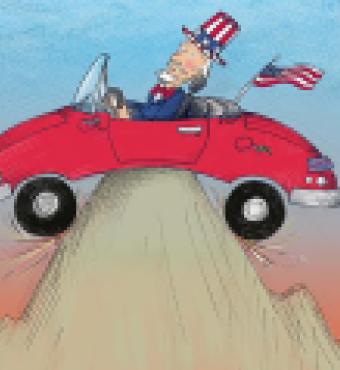 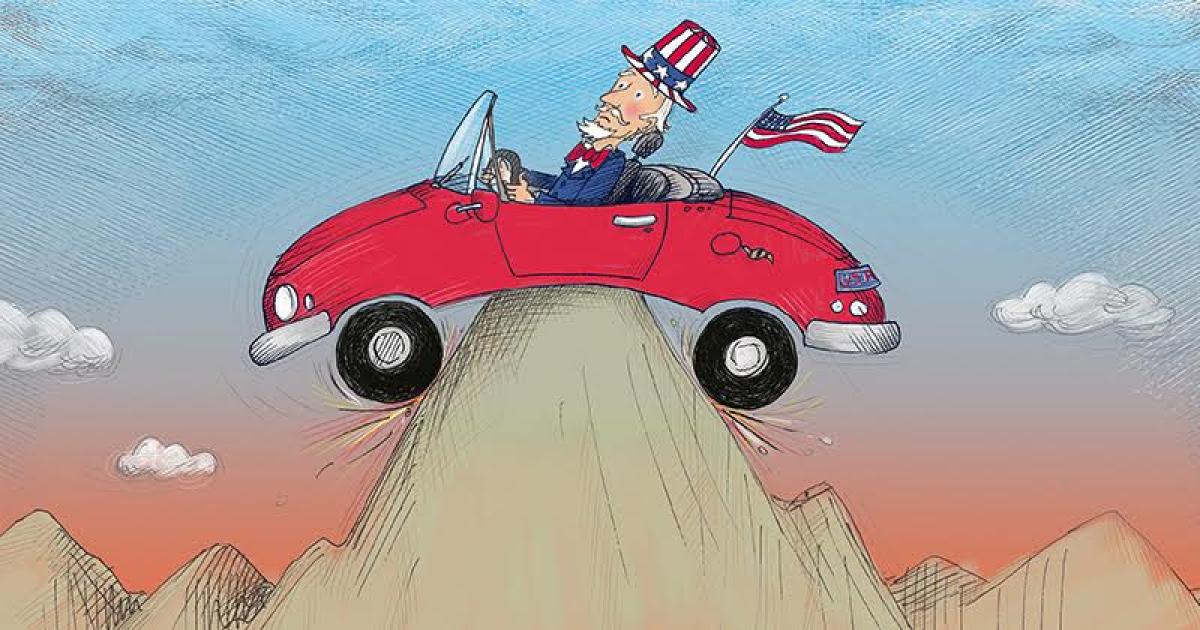 According to Greek myth, the Athenian hero Theseus sailed to Crete to stop the tribute of seven Athenian men and seven women sent every nine years to the distant carnivorous Minotaur in his haunt within the labyrinth beneath the palace of Knossos on Crete.

In various versions of the prehistorical myth, the Athenian King Aegeus had conceded earlier to the attacking Cretan King Minos to surrender the youths as tribute to prevent a wider war. Then his heroic son Theseus came of age and volunteered to stop the scripted slaughter, sailing to Crete, where he slew the Minotaur. And that was that.

The idea of harvesting people as part of some strange protocol to preclude a wider, far more destructive war is to not unknown in both history and popular myth.

Many of the thousands of human victims sacrificed to the various hungry gods of the Aztecs such as Huitzilopochtli and Tezcatlipoca often were delivered as a sort of human tribute forced from neighboring conquered cities and tribes. The subdued assumed that paying the smaller human toll was cheaper than waging a far bloodier and likely futile revolt against the Aztec Empire—at least until the arrival of Hernan Cortes and his conquistadors in 1519, who found restive conquered peoples eager for revolt, largely on promises to overthrow the Aztecs and stop their collection of human tribute.

A half-century ago, in the 1967 Star Trek episode “A Taste of Armageddon,” the starship Enterprise visits an imaginary planet Eminiar II, that was engaged in an existential—but virtual—war with the neighboring planet Vendikar. To avoid full-scale Armageddon, both sides far earlier had agreed to wage a computer-simulated war, in which electronically projected losses were reified by ordering selected “fatalities” to report to “disintegration” chambers—TV-land’s version of the Minotaur myth—to avoid a larger (and real) war.  Captain Kirk plays a role somewhat analogous to Theseus and puts an end to the nightmarish nonsense.

Something akin to this trope is occurring in Europe and to a lesser extent in the United States. From Fort Hood to Manchester, we are witnessing such human harvests around the Western world. The script goes like this: A Middle-Eastern Muslim resident alien of a Western country, or a second-generation citizen or subject of Middle Eastern descent, is “radicalized”—either by the local Islamist immigrant community or through Internet sermonizing. Then, out his own sense of failure or unhappiness in the West, the failed youth seeks some sort of Islamist transcendence in terrorizing the very hosts who had welcomed his parents or himself.

What follows is also predictable. The opportunistic terrorist picks a soft target—unaware partying youth in a nightclub or at a concert, unarmed police or soldiers, a Jewish center, throngs of holiday shoppers or celebrants, an office building or shopping center. He and other terrorists certainly have no desire or ability to storm NATO headquarters or an American Marine base. Next, he pulls out a gun or some sort of hand weapon such as a machete or hammer, and goes on a rampage, slaughtering the innocent and defenseless, often in iconic fashion, as if his savagery is designed to be disseminated through iPhone video propaganda. If well-organized, he rents a large van or truck to maximize his carnage by running down pedestrians.

Occasionally, the more emboldened and nihilist killers strap on suicide vests to up their death toll and terror. Amid the carnage, the Islamist terrorist chants some sort of allahu-akbar-like mantra, not too unlike the Aztec high priests’ incantations as they tore the living hearts out of their sacrificial victims on the high pyramids of Tenochtitlan. Law enforcement usually arrives too late to save the targeted victims, but sometimes in time to kill, wound, or apprehend a few of the terrorists.

The tragedy continues. We often learn that the supposedly “lone wolves” were in fact “known wolves” who previously had shown up on the radar of Western intelligence, but were not investigated for their unabashed jihadist activities—either due to Western political correctness and fears of charges of “Islamophobia,” or the inadequacy of Western intelligence resources to deal with the tens of thousands of radicalized Islamist youth who are potential human IEDs.

The tragic script continues. Almost immediately, there are solemn memorials for the fallen—heartfelt candlelight gatherings, church services, and tragic press stories of young lives snuffed out for nothing. Yet within a day or two, Western self-appointed leaders start issuing cautionary warnings to resist “Islamophobic” anger, which is soon contextualized as the real existential danger. The families and friends of the killers are interviewed and, confident in their exemption from any consequences, usually swear that they had no clue that there were jihadist killers living among them.

The more emboldened moralists lecture Western societies to be wary and not return to their recent illiberal past following 9/11, when intelligence services supposedly inordinately surveilled radical mosques and put suspected extremists on no-fly lists. Muslim-rights organizations then issue communiques citing “hate crimes” that are increasingly due to Islamophobic backlash.

Contemporary hot-button issues like immigration and gun control make their way into the conundrum—the Left usually arguing that proper gun control laws would have prevented the massacre. Progressives sometimes sermonize that terrorism is less deadly than bathtub or traffic accidents. They insist, that few of the Islamist killers are immigrants—thereby avoiding the thornier question of why second-generation immigrants are often prone to jihadist extremism, and the even more controversial issue of vetting incoming immigrants. Few reason that by placing restrictions on immigration from war-torn zones in the Middle East, it would be less likely that second-generation immigrants would one day turn to terrorism.

Within about a week, Westerners seem to return to “normal,” relieved that once again less than 50 or so innocents died from the latest attack in a world of over 1 billion people. No jet was hijacked; no skyscraper toppled. The Minotaur was satiated until the next tribute sacrifice in the labyrinth follows.

Jihadists know that Osama bin Laden’s only strategic mistake was killing too many all at once and thereby inciting a ferocious American response, rather than sticking to his previous, more limited, mode of attack on various embassies or docked warships. The point of an Al Qaeda or ISIS strategic plan is not to incite a unified and warlike Western response, but instead to slowly enervate the West—weakening it by demonstrating to the world that an exhausted, agnostic, and hedonistic Europe and North America either cannot or will not stop the serial harvesting of its own citizens, and thereby does not deserve its global preeminence and cultural hegemony that so often, Islamists allege, corrupt superior local mores and traditions.

Even the fact that Westerners welcome in immigrants whose children occasionally terrorize their new host nations is a powerful propaganda tool for the jihadists, again signifying the impotence of secular Western values to cope with such an asymmetrical but far more zealous opponent. What we consider sober and judicious probity, Islamists see as weak-horse excuses for an existential inability to articulate and defend our values. Radical Islamists gloat that an impotent West has been forced to concede, in amoral fashion, that it is willing to put up with frequent reaping of a few of its own rather than be stereotyped as illiberal on the global stage for taking the necessary measures to end the threat.

The harvesting then will continue until Islamists once again miscalculate, become too carnivorous, and spark an existential response that might entail targeted immigration bans on particular Middle East countries, an end to multicultural deference in favor of melting-pot assimilation, domestic surveillance of known Islamists, deportations, and World War-II like responses to centers of terror in the Middle East and their enablers and sponsors.

But for now, we are in a long war with our Islamist enemies and sadly shrug that a few among us will have to be episodically “disintegrated” to prevent unnecessary retaliatory violence—part of keeping a lid on a virtual war that we often deny even exists.