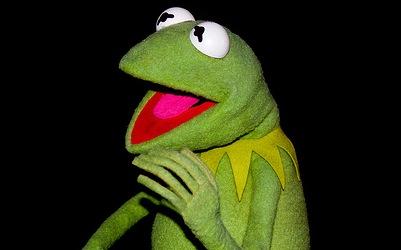 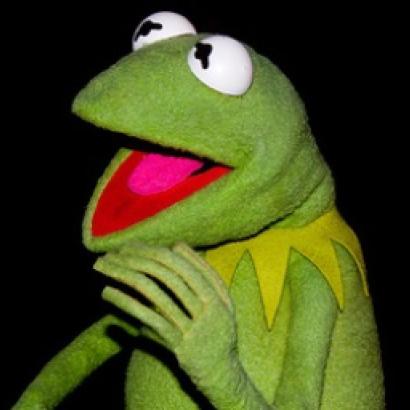 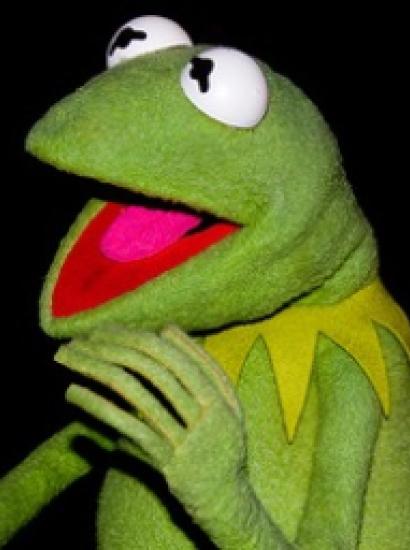 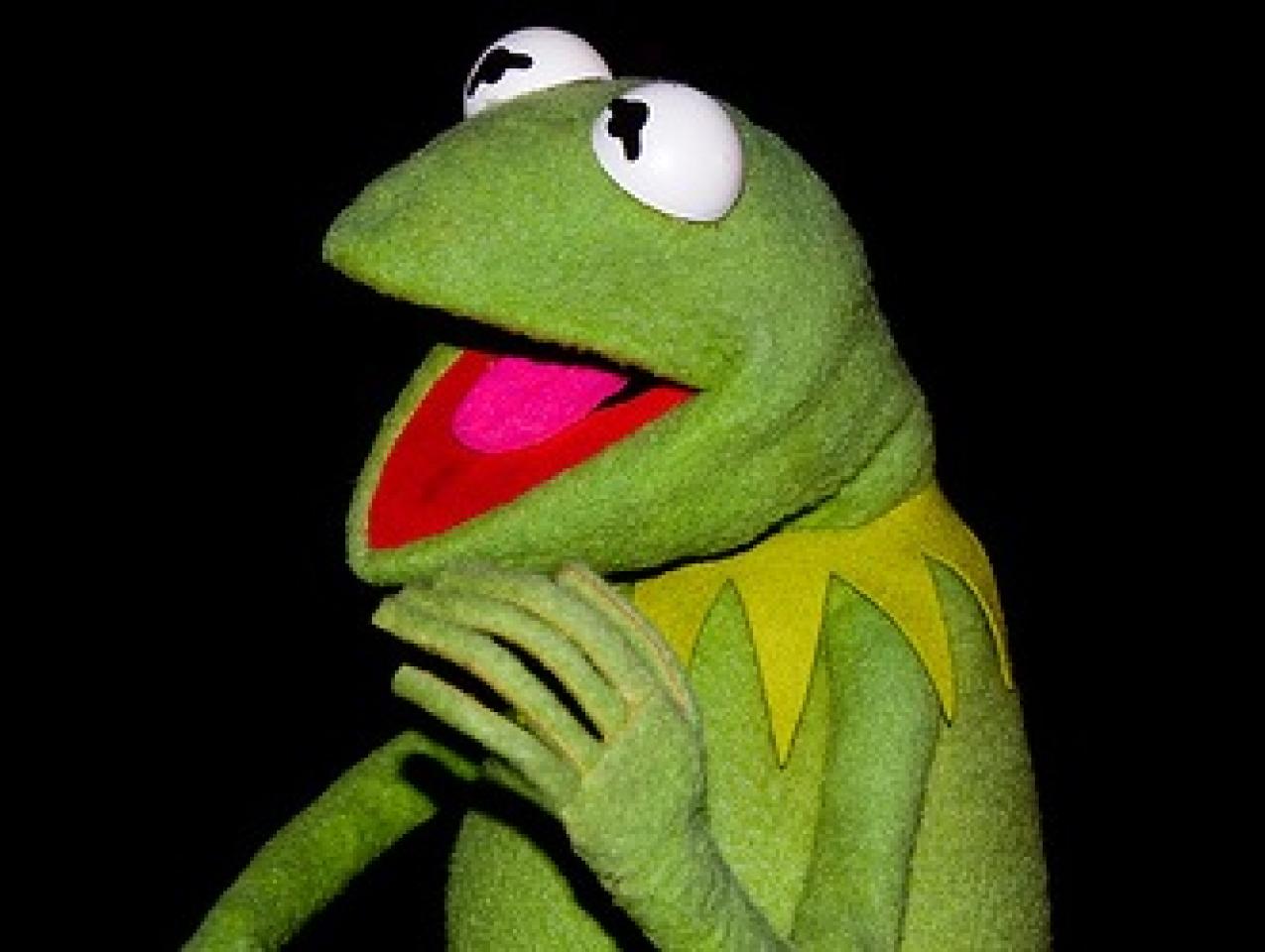 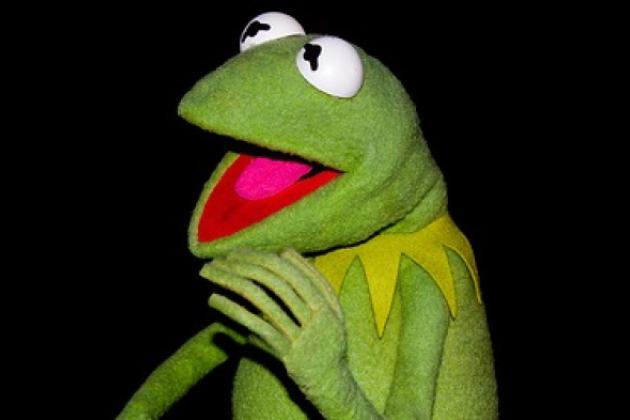 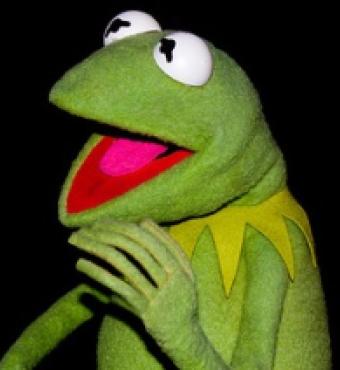 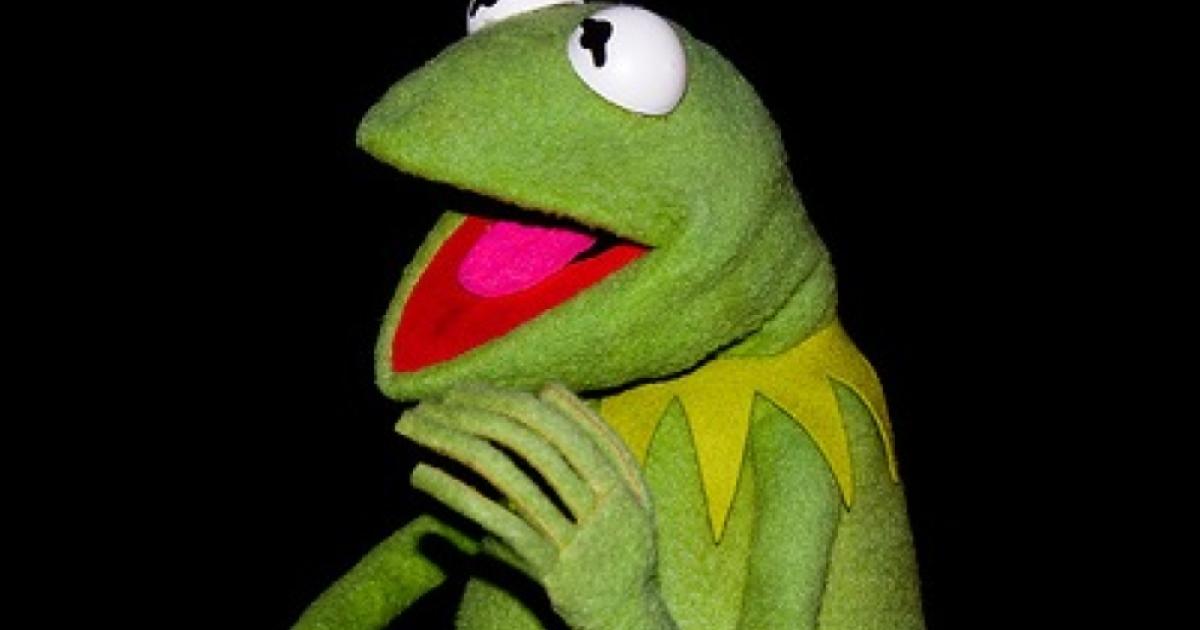 As the 2012 presidential campaign heats up, wouldn’t it be nice to have some real political leadership, especially when it comes to the environment? Unfortunately, neither political party is providing it. Democrats simply want to throw money and regulations at environmental problems, and Republicans argue that jobs and the economy trump environmental protection.

But there is an alternative—the GREEN Tea Party (GTP). Its candidate? None other than Kermit the frog. Kermit understands, “it’s not easy being green,” to which he might add, “especially if you are a conservative.” 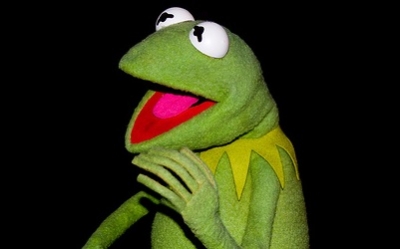 In addition to common sense ideas, the GTP and Kermit come with an official drink, green tea. Like the antioxidants in green tea, the GTP is filled with “anti’s” of its own—anti-deficits, anti-regulations, and anti-bureaucracies, which fight the cancer of an ever-growing government. But the GTP is not anti-everything. It contains “pros” as well—pro-growth, pro-environmental quality, and pro-property rights.

Is the GTP for You?

If you are thinking about supporting Kermit, you need to ask yourself an important question: Are you really an environmentalist, or are you just “greener than thou.” Membership in the GTP requires more than just displaying your green bona fides. It requires proven environmental results and pragmatic environmental policies—not just green rhetoric.

Simply driving hybrids that are a “deeper shade of green,” is not enough. Toyota Prius owners may be willing to pay a $7,000 premium for a car that gives them a “green halo,” but buying environmental status does not make one a real environmentalist. Ending your e-mails with the message, “Save a tree. Please don’t print this e-mail,” does not qualify you for membership in the GTP either. Kermit understands that paper comes from trees that grow on plantations.

Are you really an environmentalist, or are you just greener than thou?

Reducing the demand for paper will likely convert tree plantations into subdivisions. That means less trees, not more. Kermit ends his e-mails with, “Print this e-mail and save trees.”

The GTP is also not for you if you think that larger budgets for Washington regulators are key to environmental quality. Kermit applauded when traditional Tea Party congressmen cut $1.6 billion from the Environmental Protection Agency budget, a budget that the Obama administration increased from $7.5 billion in 2009 to $10 billion in 2010. Representative Mike Simpson (R - Idaho) captured the essence of “green tea” budget cuts when he said, “These cuts give us the opportunity to take a close look at how the agency is spending its dramatic increases in funding and look at whether new regulations are effective.”

Kermit pounds the data not the table when it comes to bloated budgets. Since 1980, EPA’s inflation-adjusted budget remained relatively flat while air quality continually improved. Most environmental improvements come from cost-saving technology in the private sector, not heavy-handed environmental regulations.

Finally, do not join the GTP if you are pessimistic about the future of humanity and the environment. We are not running out of resources because of human population growth. We are not running out of fossil fuels, and we will adapt to climate change because of human ingenuity. Kermit is a “rational optimist.” That is why he can be heard humming a few bars from the Beatle’s tune “You Have to Admit it’s Getting Better.”

With only two planks, the GTP’s platform would make it clear that prosperity and incentives, not bureaucracies, drive environmental improvements. The first plank is that wealthier is healthier. From the United States to the former Soviet Union, data show that economic growth is necessary for environmental improvement, not the enemy of it. The overwhelming evidence says that economic growth results from secure property rights and a strong rule of law. Given this, we have a recipe for improving the environment that starts with economic progress and a robust private sector. More federal spending and bureaucratic red tape work against these goals.

The second plank is that incentives matter. The GTP would use the carrot—property rights and markets—rather than the regulatory stick to improve environmental quality. Kermit agrees with the great conservationist, Aldo Leopold, who said, “Conservation will ultimately boil down to rewarding the private landowner who conserves the public interest.” Sustainability only comes from profitability and accountability.

To help lift the economy and the environment out of this regulatory morass, the GTP will pursue policies grounded in free market environmentalism, an approach to the environment that harnesses property rights and markets to improve environmental quality. Here is a sampling of policies that Kermit favors for energy, land, water, ocean fisheries, and air.

The Obama administration has spent billions on alternative energy ostensibly to create jobs and improve the environment, but to no avail. The solar company Solyndra, which received subsidies of $535 million this year from the federal government, is now bankrupt. Meanwhile, subsidized ethanol production encourages destruction of wetlands and increased use of pesticides and herbicides. Wind turbines disrupt bird flight paths, and solar farms are unsightly. The GTP would let energy markets and prices dictate energy sources. A replacement for fossil fuels will only be found when entrepreneurs can make a profit from cheaper, cleaner, and more efficient energy.

The GTP would make land management agencies such as the Forest Service, Park Service, and Bureau of Land Management, turn a profit on the federal estate. With lands worth trillions of dollars, there is no excuse for continually adding red ink to the federal deficit. Between 2006 and 2008, the Forest Service lost an average of $3.58 billion per year. Moreover, an estimated 39 million acres of forest lands are at risk to catastrophic wildfire and another six million are dying from insect infestation. As former Secretary of State Condoleezza Rice said, “Even endangered species don’t like living in public housing.”

Join the Green Tea Party and be a conservative conservationist.

In contrast, between 1998 and 2005, the Salish-Kootenai Confederated Tribes in Montana earned $2.04 for every dollar they spent on tribal forests compared to $1.11 earned per dollar spent on the adjacent Lolo National Forest. The tribes also maintained endangered species habitat and improved water quality on their lands. The GTP would require land management agencies to earn a profit or turn the land over to state agencies, tribes, companies, or environmental groups with a record of fiscal and environmental stewardship.

The GTP would tap water markets instead of the U.S. treasury. For decades, agencies such as the Bureau of Reclamation and the Corps of Engineers have subsidized housing by providing flood protection, water treatment plants, subsidized irrigation, and subsidized hydro-power to the public. These agencies have made water cheaper than dirt. Water markets would make consumers face the full cost, including the environmental cost, of using “blue gold.”

Ocean fisheries are declining despite a net-full of costly regulations from Washington. The decline is caused by the tragedy of the commons in which too many fishers chase too few fish. The GTP would give fishers property rights by establishing tradable shares to a sustainable harvest. Like a deed to land, these shares would reduce the race to fish and provide an incentive for them to build the stock of fish in order to have more to catch in the future. Where these have been tried, such as in New Zealand and Iceland, season lengths have increased, costs have declined, fish quality has increased, and the profits have risen. The Journal of Sustainable Development recently reported that “the federal deficit could be decreased by an estimated $890 million to $1.24 billion . . . if 36 of the 44 federal U.S. fisheries adopted catch shares.”

Air quality in the United States started improving long before the Clean Air Act and EPA were even a glint in the eye of big government politicians. In Clear the Air: The Real Story of the War on Air Pollution, economist Indur Goklany documents the improvements in air quality that “had begun no later than the 1920s.” The driving force has been, and always will be, private incentives. Emissions trading schemes help provide these incentives. As an EPA official concluded about cap-and-trade programs, “Not only are emissions reductions greater than expected, but compliance costs are now expected to be half that originally expected.”

Vaclav Klaus, president of the Czech Republic, offers what might be thought of as the GTP manifesto:

As someone who lived under communism for most of my life, I feel obliged to say that I see the biggest threat to freedom, democracy, the market economy and prosperity now in ambitious environmentalism, not in communism. This ideology wants to replace the free and spontaneous evolution of mankind by a sort of central (now global) planning…. They are Malthusian pessimists…. The environmentalists ask for immediate political action because they do not believe in the long-term positive impact of economic growth and ignore both the technological progress that future generations will undoubtedly enjoy, and the proven fact that the higher the wealth of society, the higher is the quality of the environment.

This essay was adapted into a shorter op-ed that appeared in the Wall Street Journal.