A premature dismissal of hydroxychloroquine could well cost lives. 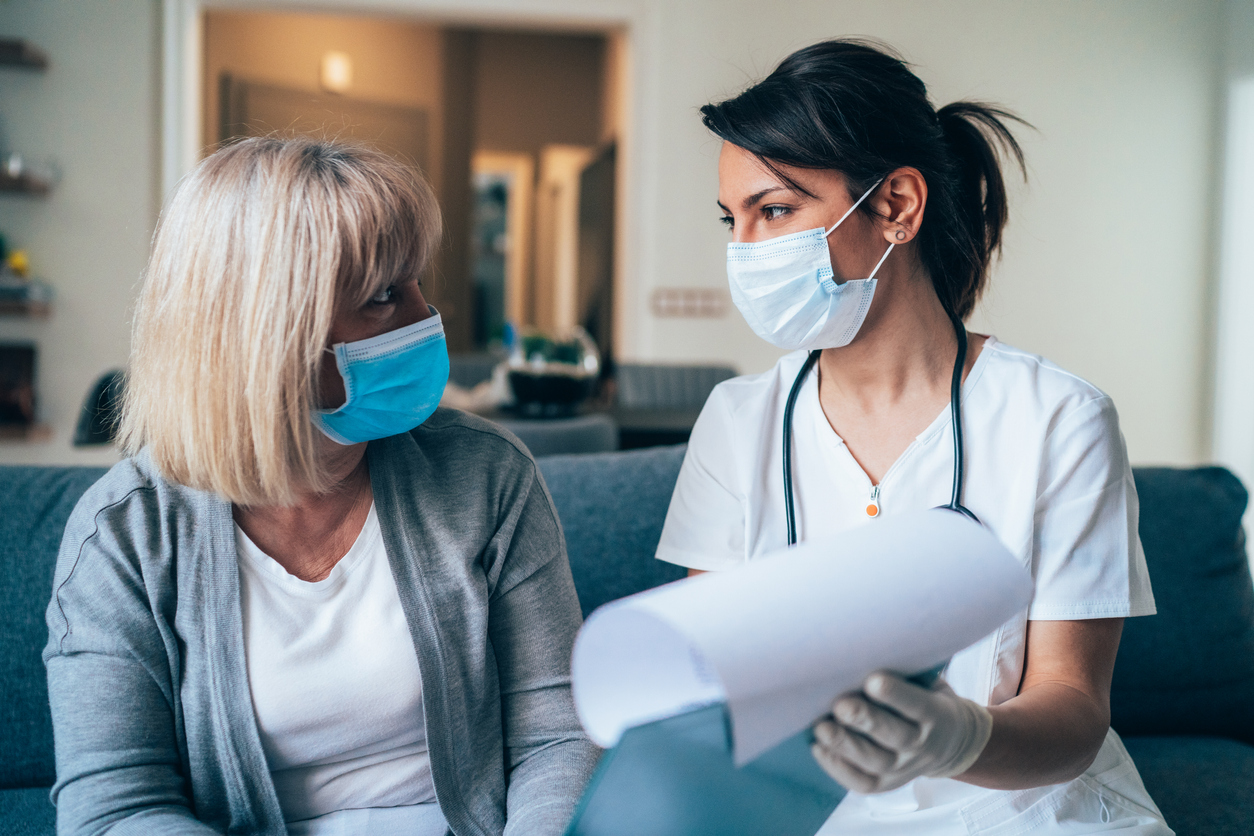 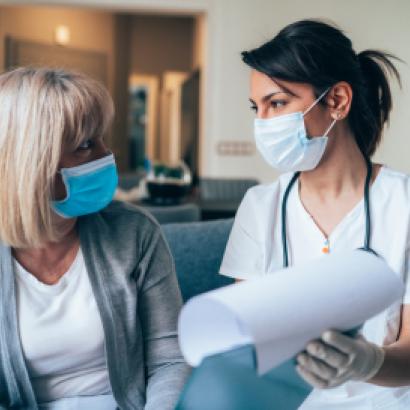 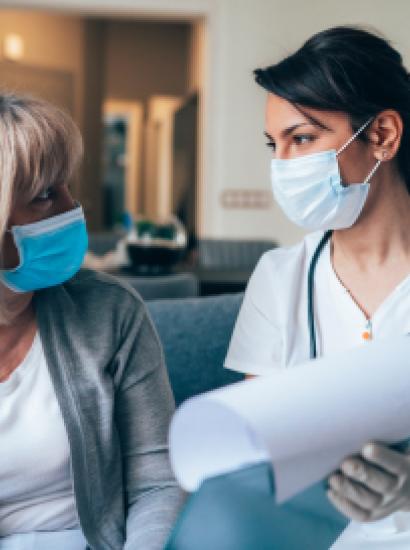 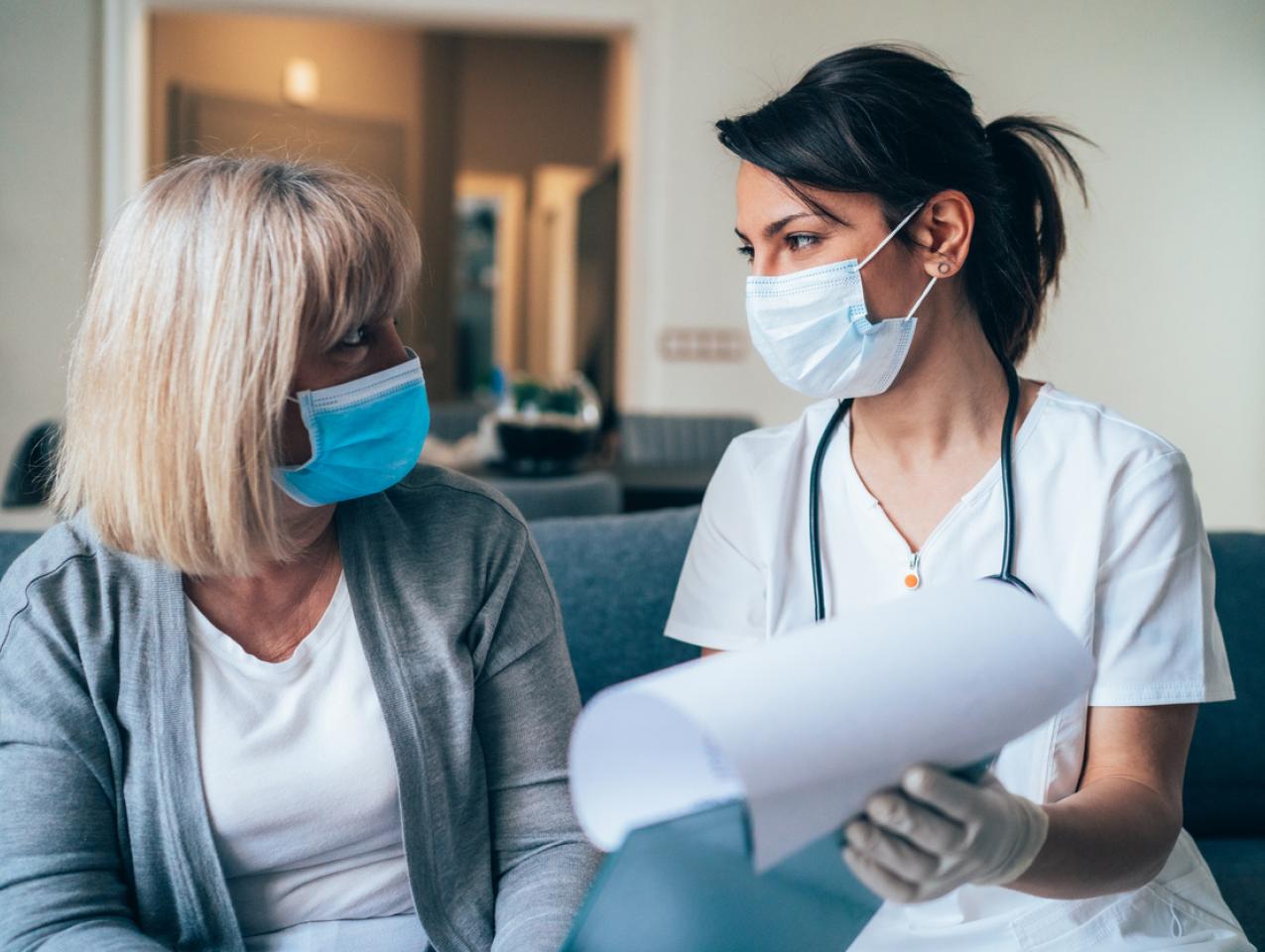 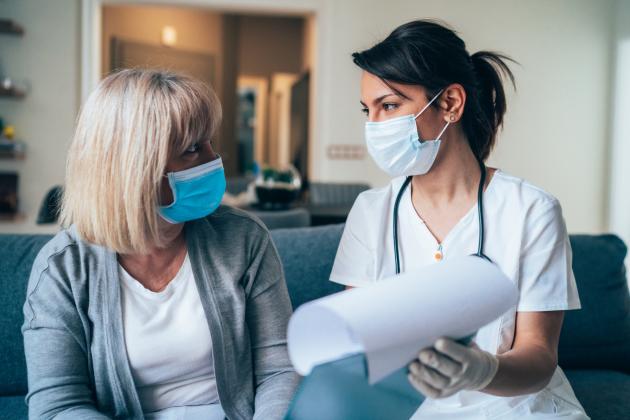 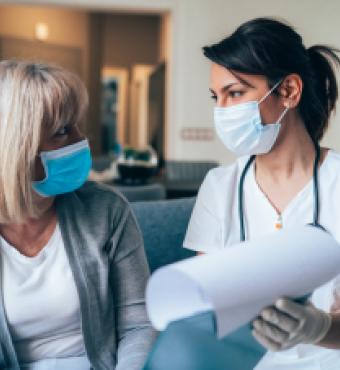 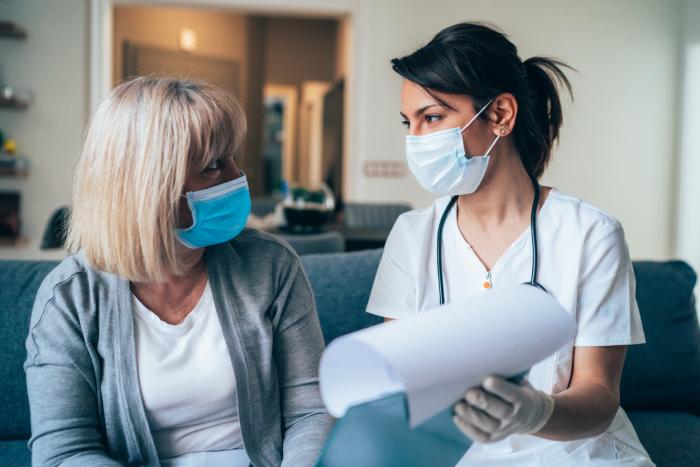 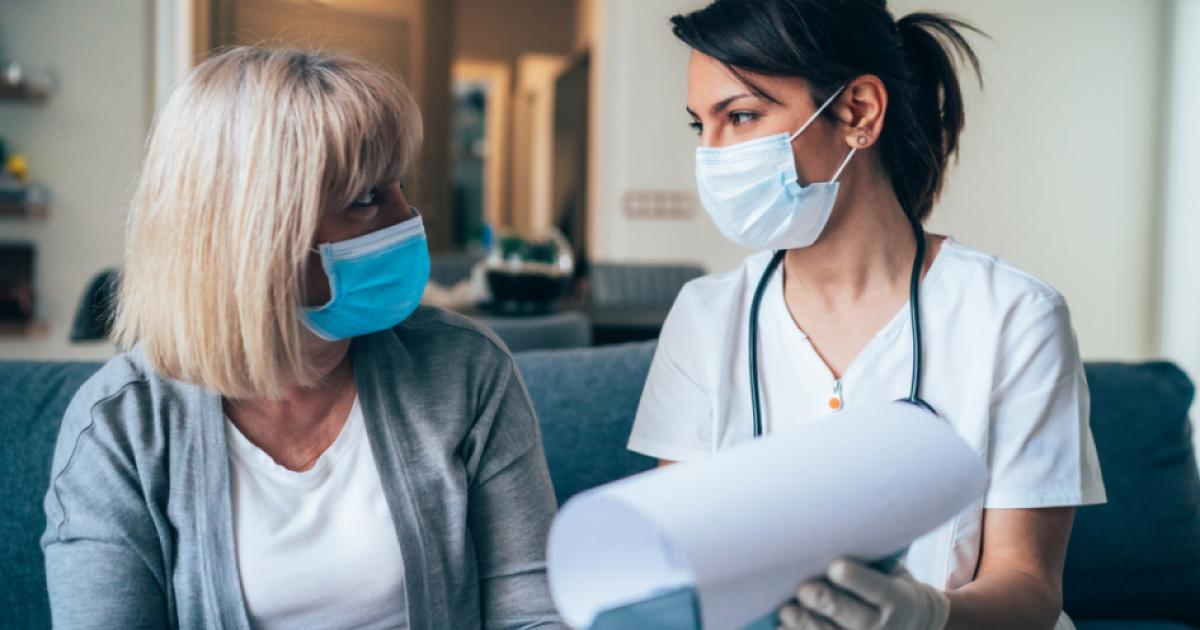 On June 4, 2020, The Lancet, a venerable British medical publication, formally retracted a thoroughly flawed study on the drug hydroxychloroquine (HCQ), originally published on May 22, 2020. The study was led by Dr. Mandeep R. Mehra, a professor of medicine at Harvard Medical School—and one of its coauthors was Dr. Sapan Desai, CEO of the small healthcare startup Surgisphere, which performed the study. Immediately upon publication, Surgisphere sought to parry charges that its data was flawed by claiming that contractual restrictions forbade it from sharing its granular datasets with outside parties for review and verification.

The key findings of the study were stunners: most critically, that the use of HCQ led to a substantial increase in mortality rates—around 30 percent—and the occurrence of cardiac arrhythmias in these COVID-19 patients.

Many experts immediately promoted the study. Steven Nissen, a cardiologist at the Cleveland Clinic stated: “It’s a very striking finding and it’s convincing to me… Based upon these findings and others, no one should take hydroxychloroquine with or without an antibiotic unless they are in a randomized controlled trial. It should not be used in the general population to prevent or to treat Covid-19 infection.” And Eric Topol, a leading American cardiologist, tweeted that the use of HCQ was associated with a “significant increase in death.” The ubiquitous Dr. Anthony Fauci, the long-time head of the National Institute of Allergy and Infectious Diseases, confidently announced days after The Lancet study that HCQ was “not effective” against coronavirus, but stopped short of calling for an outright ban. The World Health Organization announced that it was suspending clinical trials of the drug (now fortunately resumed), and this was soon followed by bans on the use of HCQ to treat COVID-19 by France, Belgium, and Italy.

Thankfully, the initial burst of favorable publicity did not prevent a large cadre of researchers in the field from questioning its findings. Nearly two hundred signatories quickly sent an open letter to the study’s authors and Richard Horton, editor of The Lancet, pointing out multiple defects in the study. Their attack started with Surgisphere’s data concealment, which made “no mention of the countries or hospitals that contributed to the data source and no acknowledgments of their contributions. A request to the authors for information on the contributing centres was denied.” In addition, the study’s data from Australia were inconsistent with public government record. The authors also failed to perform the customary ethics review. In addition to these methodological flaws, they made serious substantive errors, including an “inadequate adjustment for known and measured confounders (disease severity, temporal effects, site effects, dose used).”

The study was not a planned clinical trial, but instead a “retrospective, observational” report that depended on the collection of data from many sources around the world. Because no care was taken to ensure that HCQ and the control group received the medicines at the same time, it was entirely possible that the HCQ sample fared poorly because it was used mainly on sicker patients. And the outcomes could have been further confounded because the mean daily doses of hydroxychloroquine in the United States were 100 mg higher than FDA recommendations, which could have led to an excess of adverse events, including death. Ironically, on the same day that Dr. Fauci criticized HCQ, a French group headed by Dr. Didier Raoult published a study which indicated that HCQ, when used in combination with the antibiotic azithromycin, “was associated with a decreased risk of transfer to the ICU or death…decreased risk of hospitalization ≥10 days…and shorter duration of viral shedding” in early stage treatment of COVID-19 patients.

The retraction brings into question The Lancet’s editorial process. All of the defects pointed out in the open letter should have been evident to the editors before the study was published, yet at no point did The Lancet’s retraction explicitly acknowledge any breakdown in its internal procedures. It has been hinted more than once that The Lancet took its hasty position in part because of its own visceral distaste for President Donald Trump, who has long been derided for his advocacy of HCQ to ward off the virus. Indeed, on May 16, 2020, The Lancet published an editorial calling for his defeat in the 2020 Presidential election.

More crucially, The Lancet debacle offers good reason to be skeptical of Dr. Fauci’s quick dismissal of HCQ, in stark contrast to his embrace of remdesivir, another potential treatment for COVID-19 now in clinical trials. HCQ compares favorably to remdesivir in many ways. HCQ is available at very low cost in generic form and can be administered orally. In contrast, remdesivir is a presently unapproved proprietary drug with possible side effects and no track record of worthwhile benefits. Furthermore, remdesivir can only be administered intravenously, making it wholly unsuitable for use in underdeveloped countries where the control and treatment of COVID-19 presents a major public health challenge. Given his cursory review of the HCQ study, one wonders what to make of Dr. Fauci’s claim that the early data “shows that remdesivir has a clear-cut, significant, positive effect in diminishing the time to recovery.”

Dr. Fauci continues to support the double-blind clinical trial in research on COVID-19 treatments on remdesivir, the so-called gold standard method in which neither physicians nor patients know which group of patients is getting the active ingredient and which is getting a placebo. To be sure, double-blind clinical trials conducted on large populations over long periods of time can provide indispensable information about new drugs. But COVID-19 does not allow us the luxury of waiting for these costly and time-intensive trials to develop. We need to make decisions today based on the best available information.

That imperative explains why doctors in the United States commonly prescribe drugs for off-label uses, which have included the extensive use by multiple physicians of HCQ to treat COVID-19. The extent of off-label usage varies by drug. Median use is around 20 percent of all prescriptions, but in many cases the percentage goes up to close to 50 percent. Indeed, in many cases off-label uses set the standard of care for proper medical treatment. This situation arises because under current law the FDA has the power to determine which drugs come onto the market, but it cannot tell physicians how to use those drugs in their own practices once they are made available. All candidates for off-label uses have gone through stage-one clinical trials which establish that they can be tolerated by patients in high doses.

However, in place of the top-down and slow formal drug approval process, off-label uses are developed by incremental adjustments in standard practice. Since the drugs involved in off-label uses like HCQ have been on the market for many years, they also pose a diminished risk of long-term side effects—side effects that can be missed in even the most encompassing double-blind clinical trials, which are necessarily short-term.

Thus there is evidence that HCQ is effective, most likely in persons with overactive immune systems, in treating some of the common side effects of  COVID-19. Often the best results come when used with either azithromycin, as used in the French study, or zinc, as suggested in other studies. Those results should be contrasted with a careful double-blind study published in the New England Journal of Medicine (NEJM), which found no significant differences between HCQ and a control group for a preexposure prophylaxis to COVID-19 that did not pair HCQ with other drugs.

As one illustration of how the off-label use is developed, Dr. Vladimir Zelenko of New York has reported good results for his patient with a regime that runs as follows:

His claims accord with those of the more conventional studies, even if he has been strongly attacked for his idiosyncratic methods.

But for the sake of argument, let us assume that Dr. Zelenko’s methodology is seriously flawed. Other physicians are free to modify his protocol so that information about drug effectiveness and safety comes from multiple sources that can be combined outside the FDA framework. Some years ago I wrote an article titled “Against Permititis” which argued that voluntary organizations should be allowed to regulate the use of cancer drugs. These voluntary organizations, such as the National Comprehensive Cancer Network (NCCN), can coordinate information in ways that the sluggish FDA cannot hope to match. The FDA relies on domestic data and is deeply suspicious of foreign data. Furthermore, the FDA has no effective means to continuously update information on a daily or even weekly basis. In contrast, the NCCN can offer information about the optimal combinations and sequences in which various drugs should be used, information which is critical in making effective clinical judgments.

Whether HCQ will ultimately prove efficacious in treating COVID-19 is not for me to say. But we must beware of the potential vices of central planning. The informal practices surrounding off-label uses have a distinct Hayekian twist because they rely on the voluntary coordination by private parties—much derided by overconfident progressive statists.

To take one example, a tendentious New Yorker piece by Steve Coll published on March 29, 2020, “The Meaning of Donald Trump’s Coronavirus Quackery,” took the President to task for his endorsement of HCQ. Meanwhile, Coll lauds New York’s governor Andrew Cuomo as the exemplar of the ideal leader, without noting that Cuomo, of course, has been operating as a one-man dictator. Lost in Coll’s encomium to Cuomo was the fact that days earlier, the Governor ordered state nursing homes to admit COVID-19-positive patients, an edict that remained in effect for over a month. The current data indicates New York has experienced over 6,000 COVID-19 deaths in nursing homes to date. Clearly, we do not need further instances of top-down control to regulate the practice of medicine.