Governments have eased regulations with one hand and tightened them with the other. 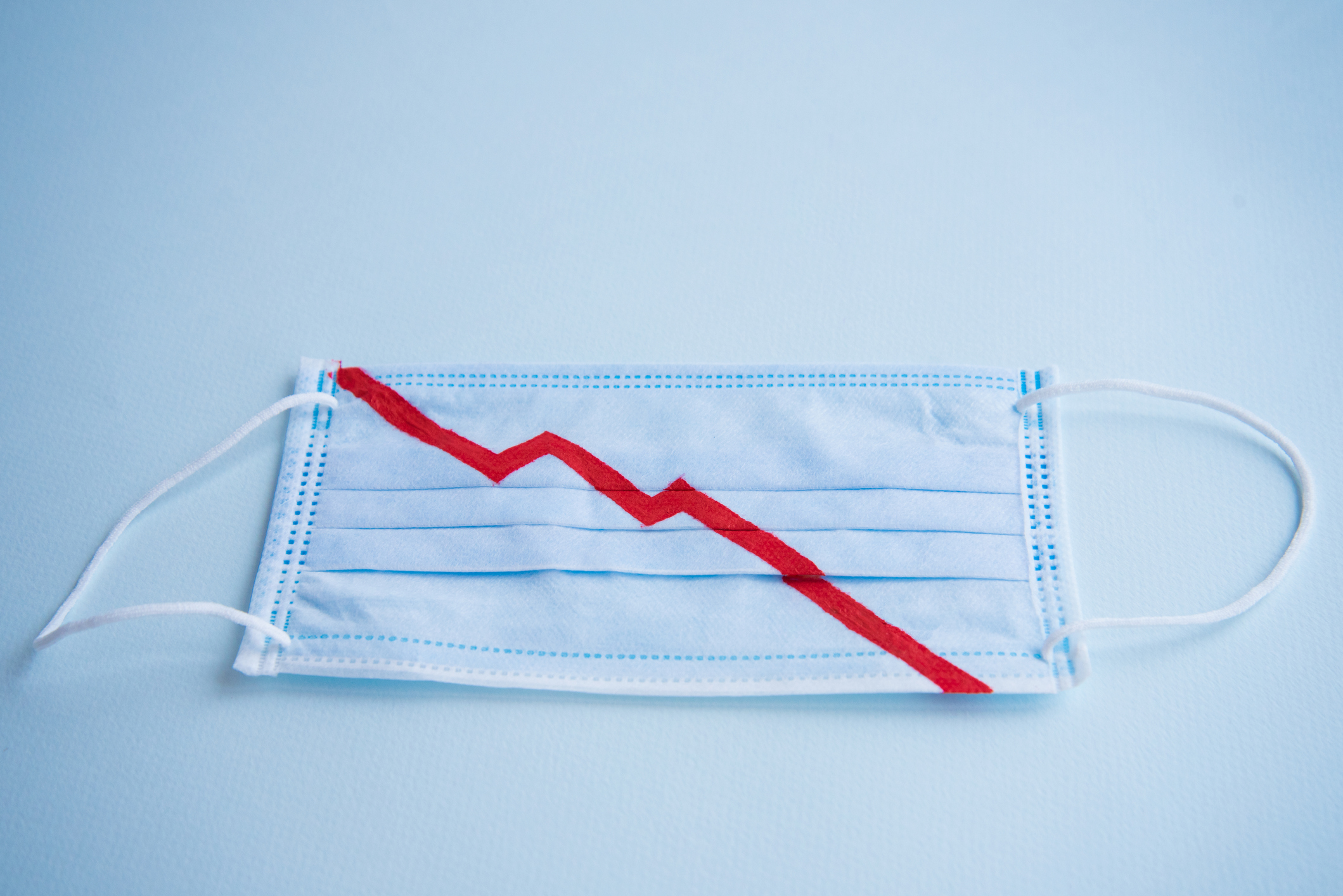 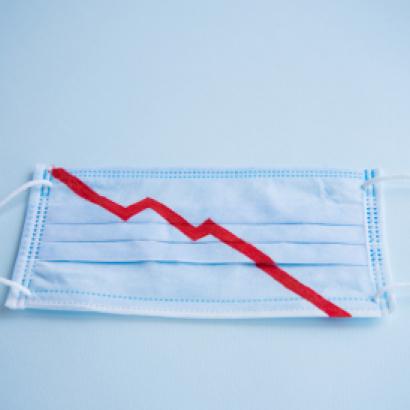 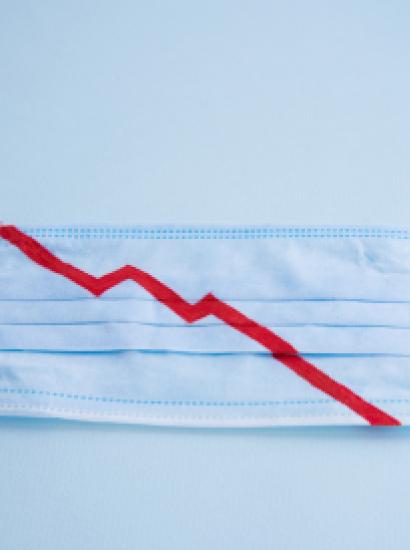 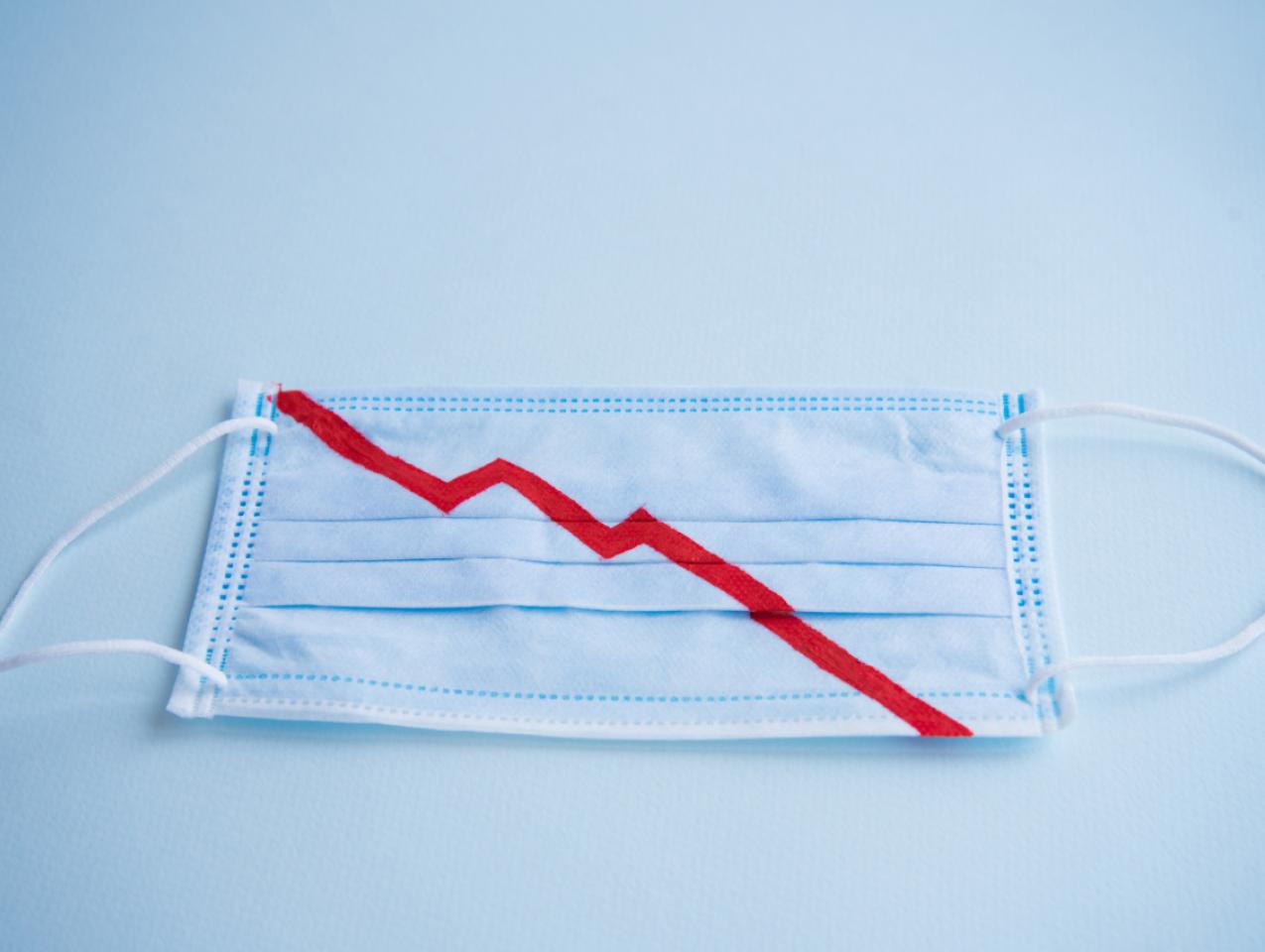 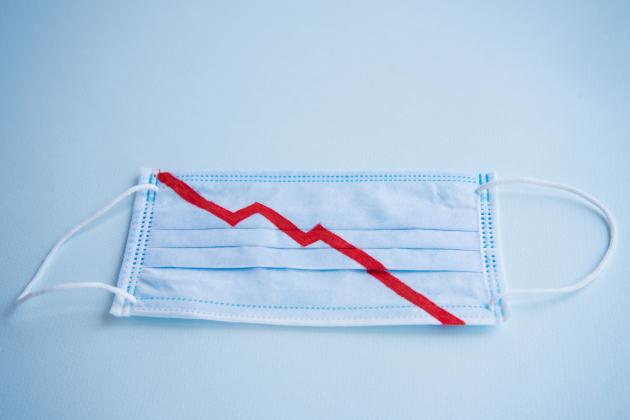 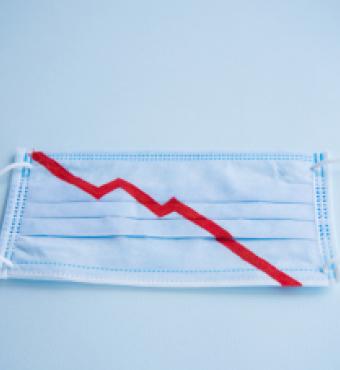 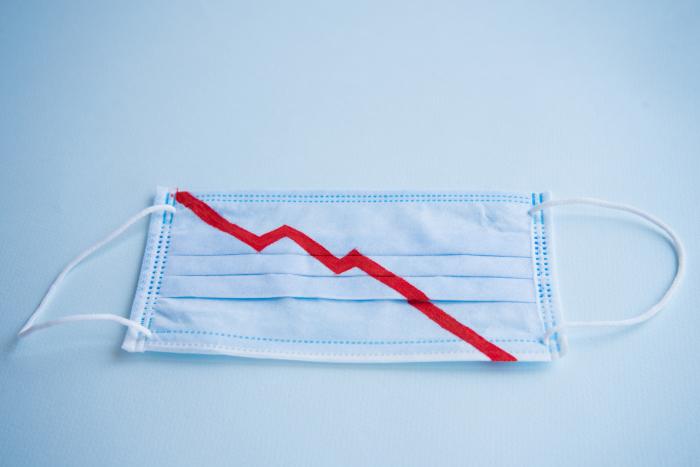 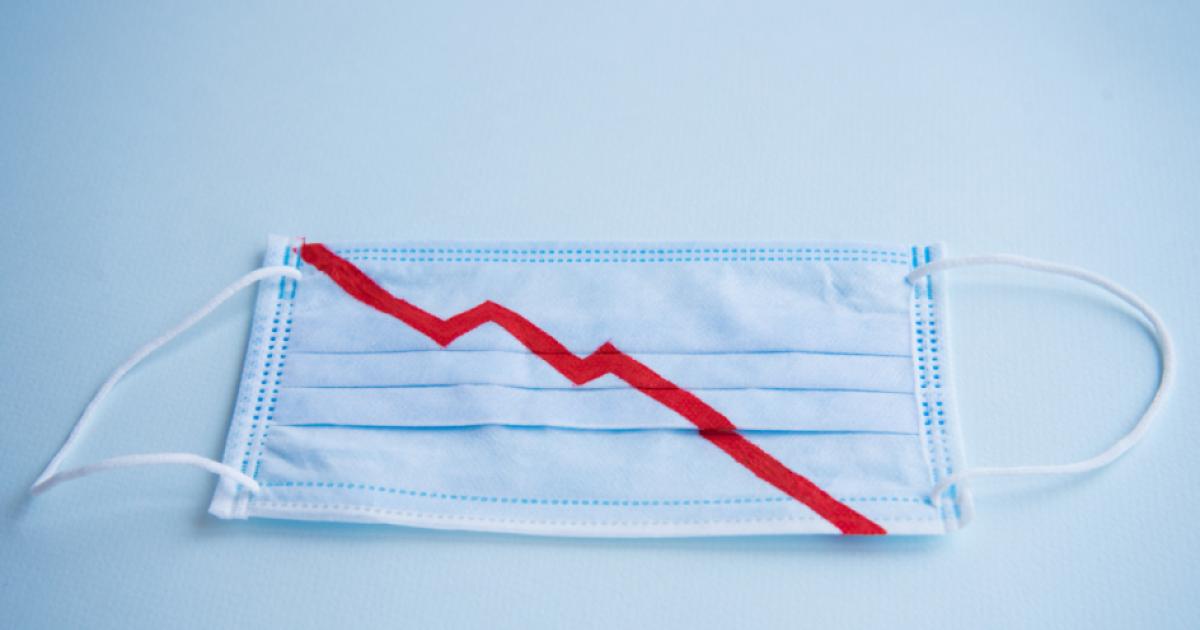 An important lesson from both economic analysis and economic history is that when people are relatively unregulated and free to adjust, they can adjust quickly to various economic shocks, even large ones. But when governments heavily regulate people’s economic activities, these governments slow and often prevent adjustments. The good news is that in 2020, the federal government and many state and local governments have temporarily relaxed regulations to make adjustment easier. The bad news is that many of these same governments have added regulations that make adjustments difficult or impossible. And the further bad news is that many pre-existing regulations have not been loosened and, therefore, act to slow adjustment. One of the most extreme regulations is the Food and Drug Administration’s heavy requirements that limit testing for the Covid-19 disease.

UCLA economist Jack Hirshleifer did pioneering work on large disasters and the economic recoveries that followed. Among the cases he studied in his 1987 book, Economic Behavior in Adversity, were the Soviet economy after the New Economic Policy in 1921 allowed private enterprise and the so-called German Economic Miracle after World War II. In both cases the economies adjusted relatively quickly to massive deregulation, and economic growth was substantial.

The New Economic Policy in the Soviet Union came after the disastrous four-year policy of “War Communism” that the Soviet Communists began as soon as they took over. Under War Communism, which lasted from 1917 to 1921, the Bolsheviks proceeded in two steps. First they took over the so-called “commanding heights” of the economy, which, Hirshleifer notes, were “a relatively small number of large factories located mainly in the major cities.” They then took over pretty much everything else. The government grabbed all agricultural output that it judged to be above the level of subsistence and gave “free” food to urban residents. It also conscripted labor. Hirshleifer points out that the entire economy was run as if it were an army and “the process of voluntary exchange was rejected and prohibited.”

The result was economic disaster. By 1920, Russian industrial output was only 20.4 percent of its level in 1913. The gross yield of crops in 1920 was 54 percent of its average level between 1909 and 1913, and the numbers of horses, cattle, and sheep and goats were all down by double-digit percentages. Incentives matter.

To maintain their political power, the Soviets tried the New Economic Policy. They ended the requisition of farm output and replaced it with a flat tax rate, legalized private exchange of agricultural and industrial products, abandoned central planning of the economy, and ended conscription of labor. The result was an economic boom. By 1923, industrial output was 75 percent above its 1920 level and agricultural output was up by 17 percent.

The Good News on Adjustment

During the current pandemic, US firms have done an awesome job of adjustment. Employers shifted literally millions of employees from working in offices to working at home, using the latest technology. Amazon, whose products were even more in demand than before, added hundreds of thousands of workers and, based on my wife’s and my experience with scores of deliveries, hardly skipped a beat.

As I noted in “Covid v. Capitalism” last April in Defining Ideas, both the federal government and state governments have temporarily deregulated to add much-needed flexibility. For instance, In March, Massachusetts governor Charlie Baker relaxed licensing regulations for health care providers, allowing those licensed in other states to practice in Massachusetts either in person or through telemedicine.

While state and local governments prohibited people from eating inside restaurants, they allowed them, with typically minimal regulatory requirements, to serve food on sidewalks and in parking lots. This was especially important in the summer months from July to September and, in California at least, will be important into November. Also a number of state governments temporarily suspended regulations that had banned restaurants from selling takeout cocktails. Even New York governor Andrew Cuomo, who made the mistake of prohibiting nursing homes from keeping Covid-19 positive people out of their facilities, relaxed regulations on child care. That won’t make up for the many deaths he caused, but it’s deregulation nevertheless.

Unfortunately, there’s a lot of bad news that comes in two forms: new regulations and programs that make adjustment difficult, and existing regulations that have reared their ugly heads.

Among the targets for new regulation are bars. One can understand and even sympathize with the regulators who want to prevent people from drinking inside. When people drink, they are more likely to lose perspective and forget about social distancing. A personal story: when my daughter came home for Father’s Day weekend, bars in Monterey County were allowed to open. My daughter went to a bar with a high school friend and left after a drunk guy hit on them and even bit my daughter’s friend’s finger.

However, there’s a responsible solution for restaurants and bars that want to serve drinks: insist that they serve people outside and insist that they require people to stay seated and socially distanced. But governments seem to have problems with letting people have fun. The California Department of Alcoholic Beverage Control insists that bars may open only if they offer “bona fide meals.” Those meals cannot be pre-packaged sandwiches and salads, side dishes like fries and chicken wings, bagged pretzels or popcorn, or, the horror, dessert.

To be sure, these restrictions on bars aren’t in the same ballpark as the Soviets forcibly requisitioning farmers’ food. But they are an attack on the freedom to make a living of a group that has disproportionately borne the brunt of lockdowns: people who work in bars.

Another regulation in California prohibits real estate agents from conducting open houses. As someone who has gone to well over two hundred open houses in the Monterey area, I can attest that they were never so crowded that people couldn’t easily socially distance. But Californians are now encouraged to report violations.

One new program that made a relatively strong recovery weaker than otherwise was the federal government’s addition, in the March 2020 CARES Act, of $600 per week in unemployment benefits on top of regular state unemployment benefits. As I reported in May, three University of Chicago economists, Peter Ganong, Pascal Noel, and Joseph Vavra, wrote:

With the $600 per week addition, many millions of workers on unemployment insurance were getting paid more to work than they were paid before they were laid off. That certainly dampened their incentive to shift jobs at expanding firms such as Amazon. These benefits expired at the end of July. But in early August, President Trump, unable to get the Democratic-run House of Representatives to go along with a more modest $300 per week additional unemployment benefit, used his executive power to create such a benefit. Although the benefit has ended in many states, the $300 per week “Trump bump” dampened incentives also, just less so.

The other kinds of regulations that hurt adjustment are existing ones that suddenly have become very relevant.

One area particularly hard hit by Covid regulations is K–12 schools, whether public (government run) or private. In Monterey County, for example, schools are not allowed to open without a waiver; it wasn’t until mid-October that a few schools qualified. So naturally, many parents want to adjust. One way is with learning pods whereby parents get their and other parents’ school-age children together in a private residence and teach the children or hire a teacher. One problem: in some areas, zoning laws don’t permit this, and “punishments can range from a fine to imprisonment.”

Even here, fortunately, there is some good news, but it’s temporary good news. In Colorado, Governor Jared Polis signed Executive Order 188, which suspended child care licensing laws so that learning pods could exist. But the order was set to expire in thirty days. It’s hard to plan for a few months of schooling when you’re allowed only one month.

In the midst of a pandemic, one of the things we would like most to know is whether we have the virus. Testing can tell us that. But existing tests are expensive. After recently traveling, I decided, at my wife’s urging, to get tested. I paid $180 for results within twenty-four hours and got them in six hours. I can afford that. But that’s a lot of money for many people, and six hours is still a lot of time. Wouldn’t it be nice if we could have even cheaper tests that we can conduct on ourselves and get fast results? That way, each of us would know whether to isolate or go to work, bars, football games, or restaurants.

Actually, we can, but we may not, because the FDA stops us. These tests cost under $10 and give results within fifteen minutes. But the FDA won’t allow them because they’re not as accurate as tests it does allow. There’s an easy solution: test yourself twice. My Hoover colleague John Cochrane stated the absurdity nicely:

The Food and Drug Administration continues to ban the sale and use of [Abbott Labs’] BinaxNOW outside doctors’ offices or clinics, destroying its value for stopping the pandemic. A test is not a drug, and cannot cause any medical harm to an individual who takes it. By what right does the FDA ban me from learning about what’s going on in my own body, in a way that cannot possibly harm me, even if like all information that knowledge is sometimes false? The FDA must allow its home use immediately, with big warning labels about false positive and negative rates, while collecting data on its efficacy for asymptomatic people. We have an economy-destroying pandemic going on, and cannot wait for perfect knowledge of these tests an all classes of people. If the FDA refuses, the politically accountable administration should override its refusal by executive order.

And don’t get me started on California governor Gavin Newsom’s recent requirement that an ad hoc committee approve a vaccine before we sheep, er, Californians, are allowed to take it.

The Covid-19 pandemic has delivered a massive shock. Governments need to get out of the way so we can adjust to it.