The 'Casualness' of Federal Government Spending

We should expect better from our politicians--and from our economists. 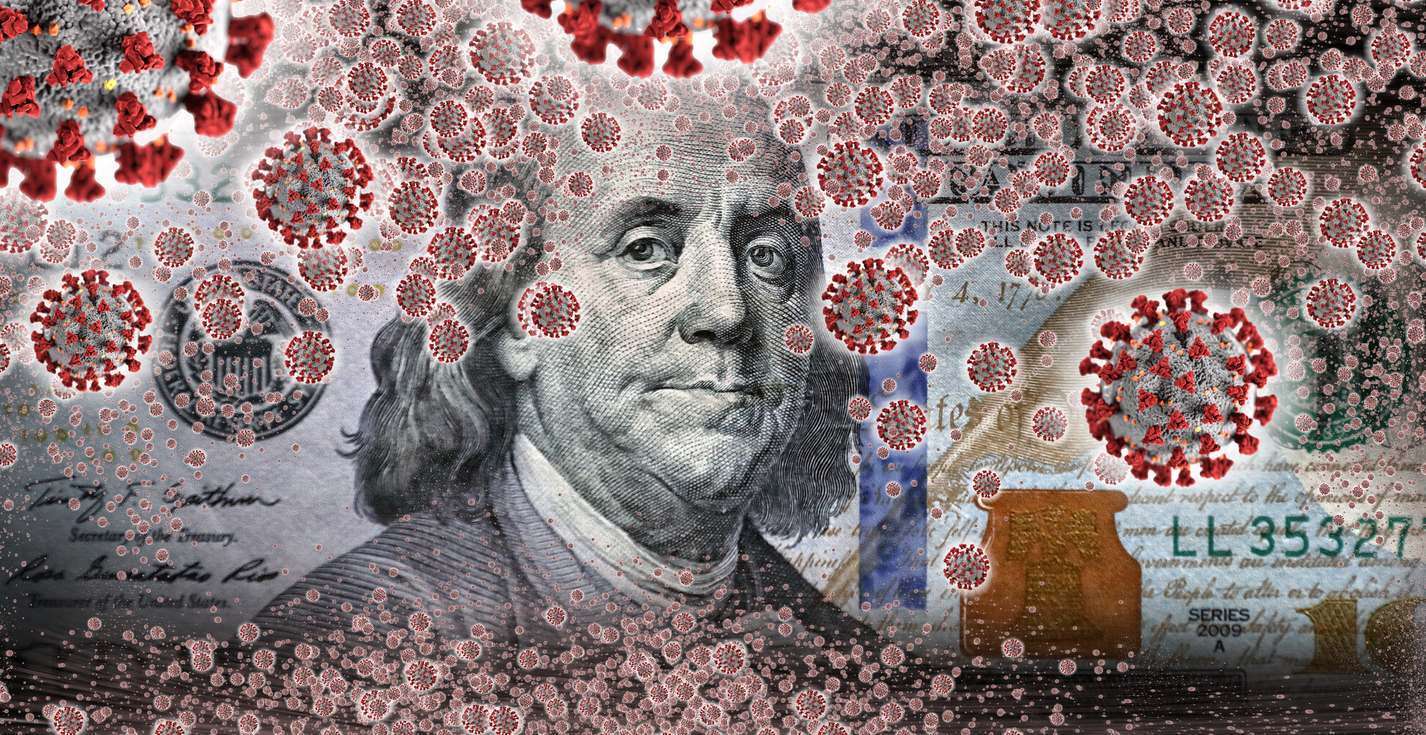 The 'Casualness' of Federal Government Spending 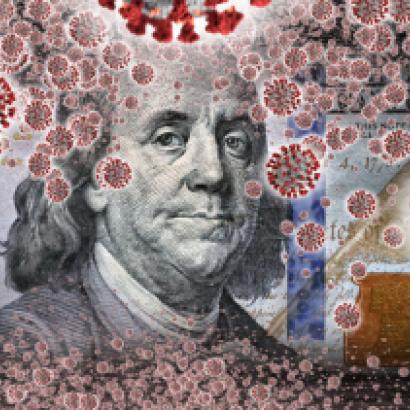 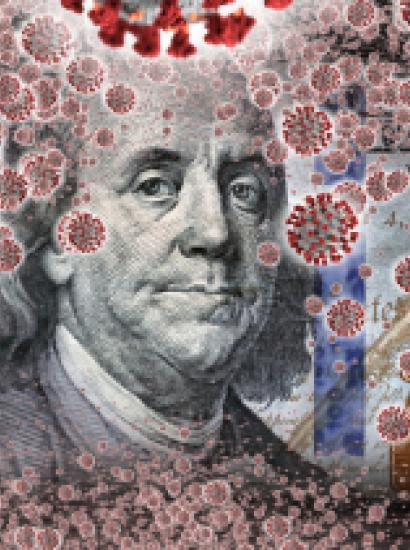 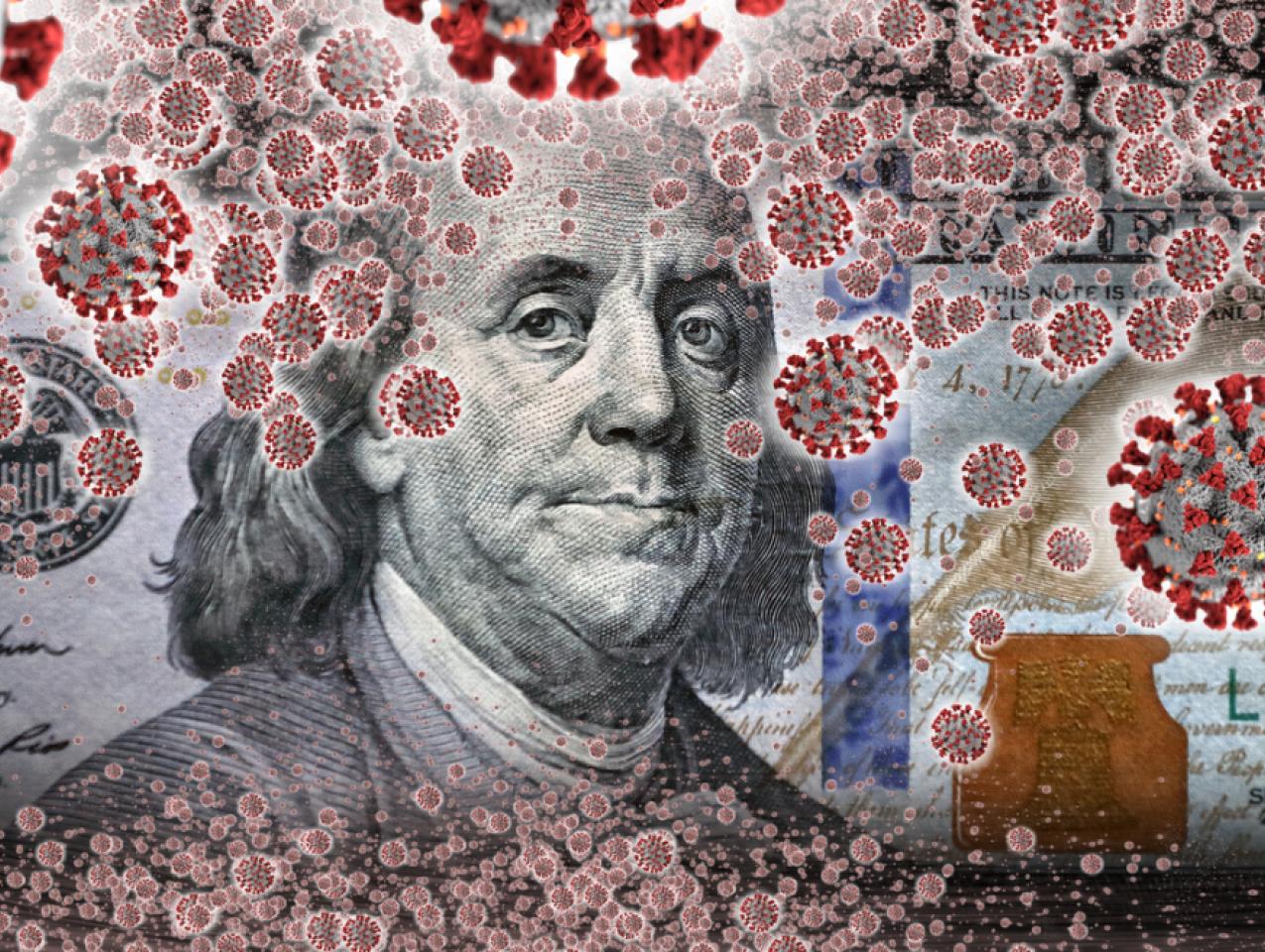 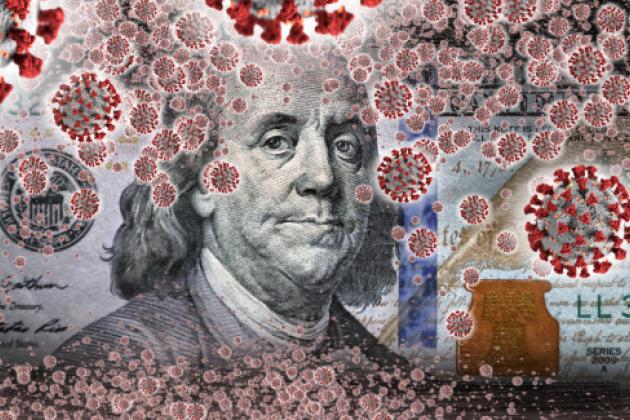 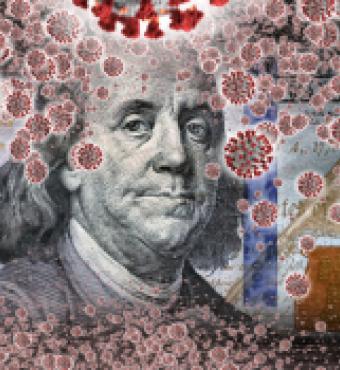 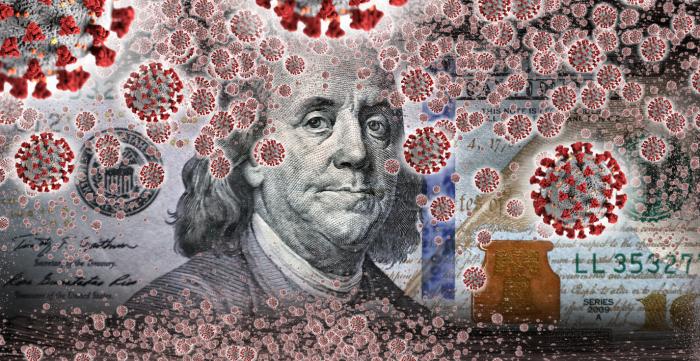 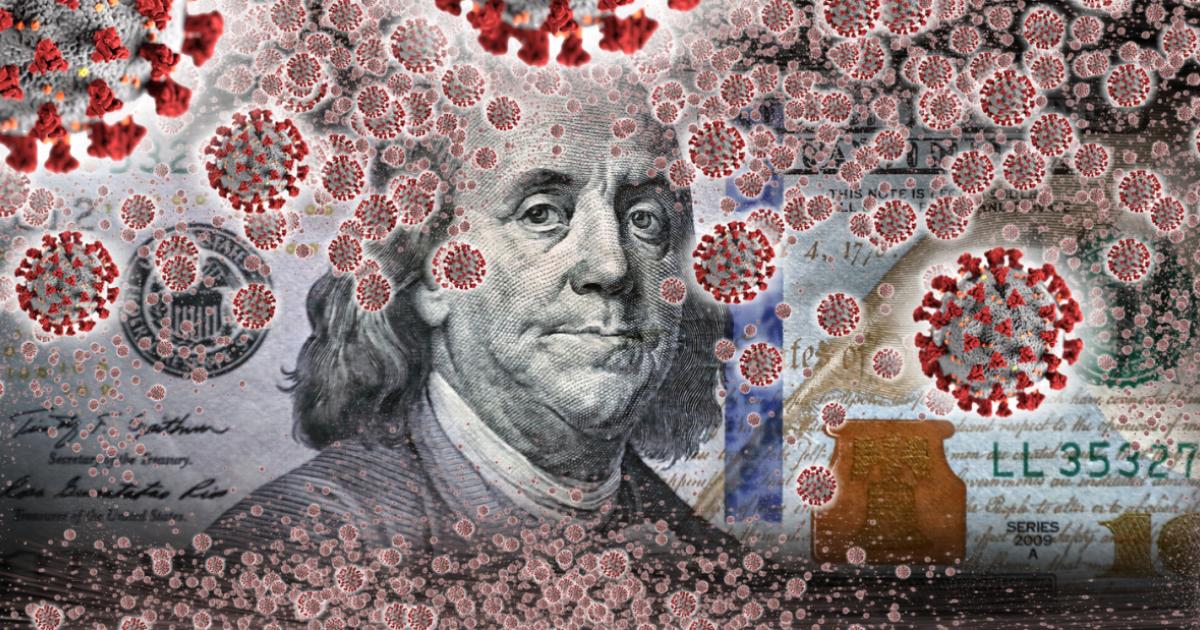 House Speaker Nancy Pelosi achieved a victory of sorts by getting the House to vote for her $3.2 trillion spending and lending bill. The Democrats cleverly titled it the HEROES (Health and Economic Recovery Omnibus Emergency Solutions) Act. But because the Act would assure that there would be no recovery this year, there are no heroes in that bill. Let’s put that $3.2 trillion in perspective. Total federal government spending in the latest completed fiscal year, FY 2019, was “only” $4.45 trillion. Moreover, this bill comes less than 2 months after the House and Senate voted for a $2.2 trillion spending and lending bill, the CARES Act, which President Trump signed. Remember when most of us thought that a $1 trillion deficit was too big? The Congressional Budget Office projects that even without Pelosi’s bill, the federal deficit for FY 2020 will be $3.7 trillion. There are two pieces of good news. First, the House vote was fairly close, 208 against and 199 in favor, and the opposition was bipartisan. Only one Republican, Peter King of New York, voted for the bill and 14 Democrats and one Independent joined 184 Republicans to vote against. The other good news is that the Senate is unlikely to vote for the bill.

One upsetting fact is that a number of well-known economists seem to casually favor such huge spending without considering the details or effects. And even though one economist, former Clinton and Obama adviser Larry Summers, has expressed concern about the bad effects, he favored the CARES Act anyway and appears to favor Pelosi’s bill. It’s not just Democratic economists. Glenn Hubbard, an economist at Columbia University’s Business School and a chairman of the Council of Economic Advisers under President George W. Bush, also favored the CARES act. Do they have good reasons? Maybe. Good enough to favor such an expensive bill? Not even close.

The three largest components of the CARES act are: (1) payments to individuals, (2) the $600 per week addition to state unemployment benefits, and (3) the forgivable loans to businesses. Consider each in turn.

The payments to individuals are $1,200 per adult and $500 per child under age 17. To qualify for the full adult and child payments, a couple filing jointly must have had an adjusted gross income (AGI) of $150,000 or less in the 2018 tax year or in the 2019 tax year if they had already filed for 2019. An individual must have had an AGI of $75,000 or less. The payment is reduced by $5 for every $100 above those thresholds. The only good thing about this for an economist concerned about cost is that the payments are not given to the highest-income people. I say this as part of a couple whose joint income will disqualify us for the payment. But the bad thing is really bad: the payments are not targeted to those who have suffered losses due to the slowdown in the economy. Say you file jointly, your and your spouse’s AGI is $150,000, and you have 2 children under age 17, but you and your spouse can both work at home and suffer no income loss. The feds will still give you the maximum of $3,400.

One way to target the payments is to provide unemployment insurance to the millions who have lost their jobs. That brings me to the second large component of the CARES Act: the federal addition to unemployment insurance. As I wrote in “The Anti-Stimulus Bill,” Defining Ideas, April 23, “If you believe that the federal government should supplement state unemployment benefits, the responsible way to do that would have been to increase benefits as a percentage of previous pay.” Typically, state benefits are about 50 percent of previous pay. With no federal benefit added, that would have left millions of newly unemployed people, whose spouses might also be newly unemployed, having great difficulty supporting their families. A straightforward way for the federal government to help them would have been to add a supplementary benefit to raise benefits as a percent of previous pay to, say, 80 percent. Eighty percent in unemployment benefits is closer than you might think to previous net-of-tax pay because the benefits are not subject to the 7.65 percent payroll tax that is taken out of employees’ wages and salaries. At the same time, keeping the percent below 100 would have given employees some incentive to go back to work or even look for other work.

Unfortunately, that’s not what Congress did. Instead we got, in U.S. Senator Chuck Schumer’s inimitable phrasing, “unemployment insurance on steroids.” Congress added, and President Trump approved by signing the bill, $600 per week to the usual state unemployment benefit. I noted on March 25, before the bill was passed, that this was a mistake: many newly unemployed workers would be paid more to be unemployed than to work. And in my earlier mentioned April 23 article, I wrote, “[B]y adding $600 per week, the federal government ensured that over 10 million, and possibly 20 million, unemployed workers would be paid more by remaining unemployed than they would be paid if they return to their jobs.” Guess what? I was right.

This is more evidence for my earlier stated view that whatever recovery we have, even if the lockdowns ended today, will be weak until August 1 at the earliest.

The idea that paying people more not to work than to work will cause many of those people to stay unemployed is basic economics. Economists have long recognized that even when unemployment benefits cover well under 100 percent of previous pay, unemployment insurance gives people an incentive to remain unemployed. Here’s what one economist wrote about the issue in “Unemployment,” an entry in my Concise Encyclopedia of Economics:

Consider, for example, an unemployed person who is accustomed to making $15.00 an hour. On unemployment insurance this person receives about 55 percent of normal earnings, or $8.25 per lost work hour. If that person is in a 15 percent federal tax bracket and a 3 percent state tax bracket, he or she pays $1.49 in taxes per hour not worked and nets $6.76 per hour after taxes as compensation for not working. If that person took a job that paid $15.00 per hour, governments would take 18 percent for income taxes and 7.65 percent for Social Security taxes, netting him or her $11.15 per hour of work. Comparing the two payments, this person may decide that an hour of leisure is worth more than the extra $4.39 the job would pay.

The author of that entry was Lawrence H. Summers. Summers, to his credit, in an April 1 episode of Freakonomics, said that the worry about people staying unemployed “actually is a legitimate concern.” But, just 5 weeks later, that understanding seems to have escaped him. In a May 5 interview with Yale economist Rick Levin, Summers stated that it was “clearly right” to have the federal government increase unemployment benefits. His only criticism was that “details of the $600 payment can be debated.” That’s pretty weak. And in the April 1 Freakonomics episode, former Trump economic adviser Gary Cohn and former chair of the Obama Council of Economic Advisers Christina Romer actually praise the federal benefit. Indeed, Romer said that “unemployment insurance on steroids” makes sense.

The third major part of the CARES Act is the loans to small business. The loans are at an interest rate of 1 percent and will be forgiven under the Payroll Protection Plan (PPP) if the borrowers use the funds for payroll, interest on mortgages, rent, and utilities, and if they also spend at least 75 percent for payroll. The stated purpose is to help small businesses stay alive through the crisis and avoid bankruptcy. This is industrial policy. By targeting the funds this way, the federal government chooses winners and losers, discriminating against businesses that spend a large part of their revenue on contractors. Moreover, as Summers pointed out in his Yale interview, businesses that sign up for the PPP will be the ones most able to do it, the ones that would probably have kept their workers employed anyway. Summers also pointed out that such loans will retard the kind of structural changes in the economy that almost certainly must happen as the economy recovers and Americans change the way they live and work.

That Summers has such good criticisms makes it all the more disappointing that he so casually accepts the CARES Act. In the Yale interview, he goes further, saying that spending $3 trillion in the Pelosi bill is “fine.” He thinks, correctly, that more of it should be spent on testing, vaccines, etc., but he seems to have no problem with either the $2.2 trillion CARES Act or the $3.2 trillion Pelosi bill.

Put aside for a minute all ideological objections to such large spending programs and let’s even put aside the basic economics of incentives and the unintended consequences of industrial policy. Let’s remember why we’re even discussing these programs. It’s because the economy has gone into recession and we’ll lose some GDP. How much? One of the most pessimistic forecasts is from the Atlanta Federal Reserve. Its GDPNow tracker predicts a drop in the current quarter at an annual rate of 42.8 percent. That’s about 13 percent for the quarter. (You might think it’s 42.8 percent divided by 4, which is 10.7 percent. But that ignores compounding.) A 13 percent drop in a quarter of U.S. GDP is about $700 billion. Does it really make sense to spend somewhere between $2 trillion and $5 trillion (the original CARES Act price tag plus the Pelosi bill price tag) to deal with a $700 billion problem?

But read the transcript of that whole freaking Freakonomics episode and see how casually the economists discussing these proposals throw around numbers like hundreds of billions and trillions. It’s breathtaking.

The only good news about the current steroidal program is that it ends in July. Unfortunately, Pelosi’s bill would double down on “unemployment insurance on steroids,” extending the $600 per week to January. That would assure that the current recession would last into 2021. Her bill would also bail out state governments that were already in trouble with absurdly high pensions for state government workers.

In examining how interventionist economists often think about economic policy, Bryan Caplan, a George Mason University economist who blogs with me at EconLog, recently wrote:

When you look at the real world, though, you see something strange: Almost no one actually pushes for the textbooks’ clever-and-appealing policy proposals.  Instead, the people inspired by the textbooks routinely attach themselves to trendy-but-awful policy proposals. If you point out the discrepancy, they’re often too annoyed to respond. When they do, reformers shrug and say: “The clever-and-appealing policy never has – and probably never will – have much political support. So we have to do this instead.”

The economists I quoted above don’t try to base their proposed policies on even a back-of-the-envelope cost/benefit analysis. Their comments about the spending bills remind me of the phony syllogism in the satirical British political series "Yes, Prime Minister":

Something must be done. This is something. Therefore we must do it.

We should expect better. Not just from our politicians. But also from our economists.