American strategy towards the Middle East has long been based on maintaining the twin pillars of security and stability in a region of geostrategic importance. At a crossroads between Europe, Africa and Asia, the Middle East has been historically significant for its energy supplies and passageways connecting the east and the west. To advance American interests, the United States has traditionally sought to maintain its position of influence through regional partnerships and with its military presence. Today though, there is a widespread perception that the US may be abandoning the Middle East. 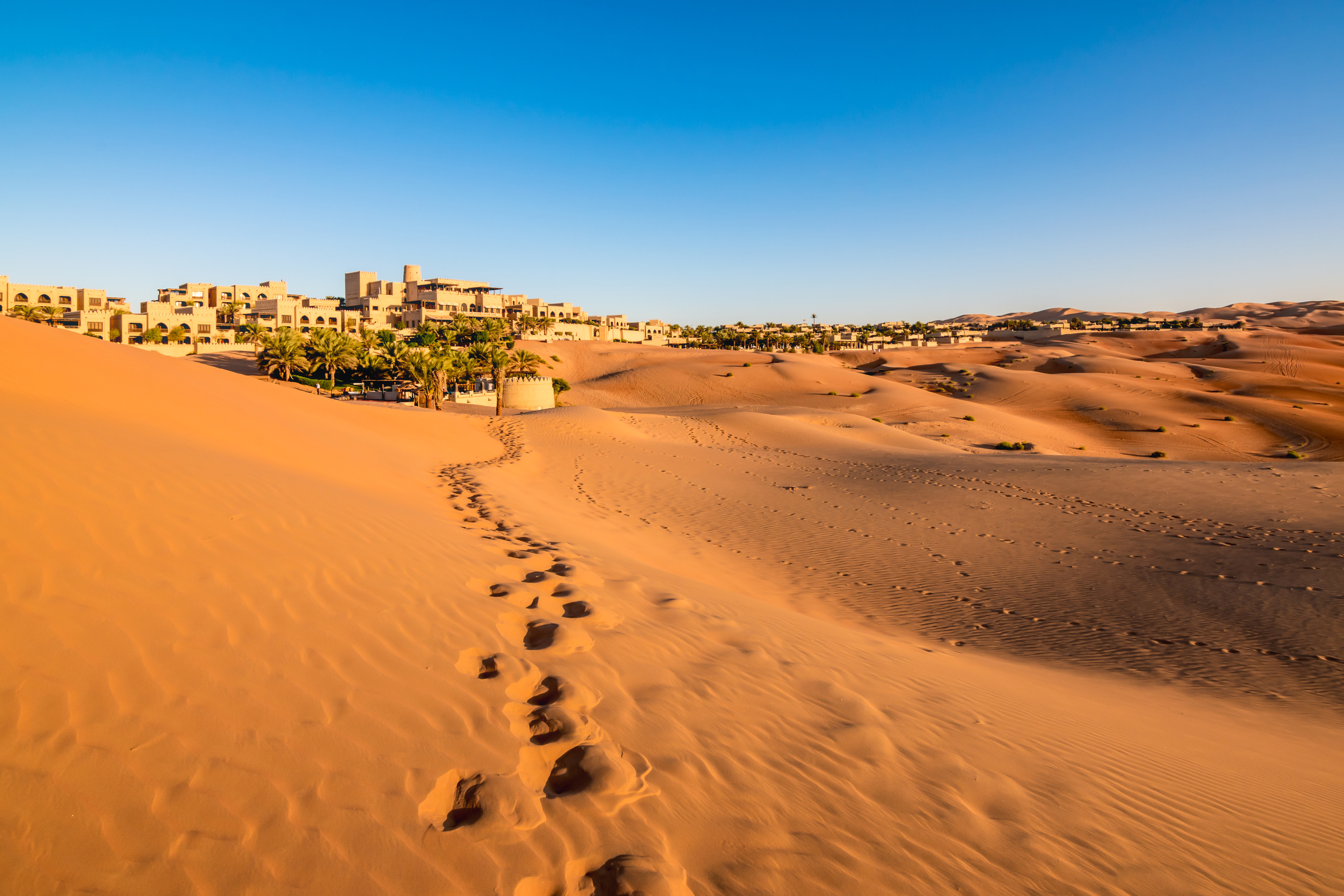 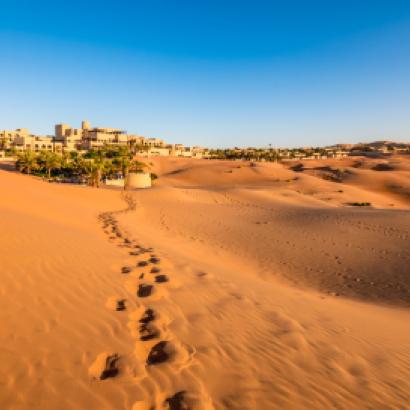 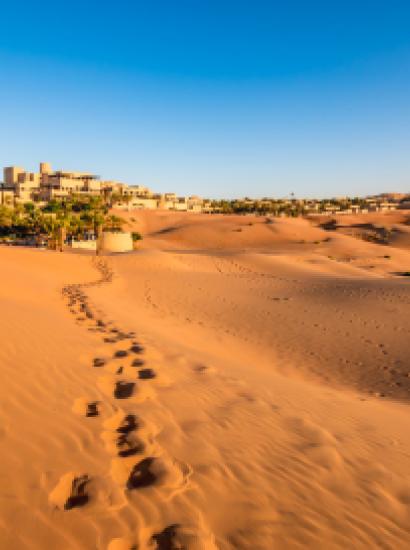 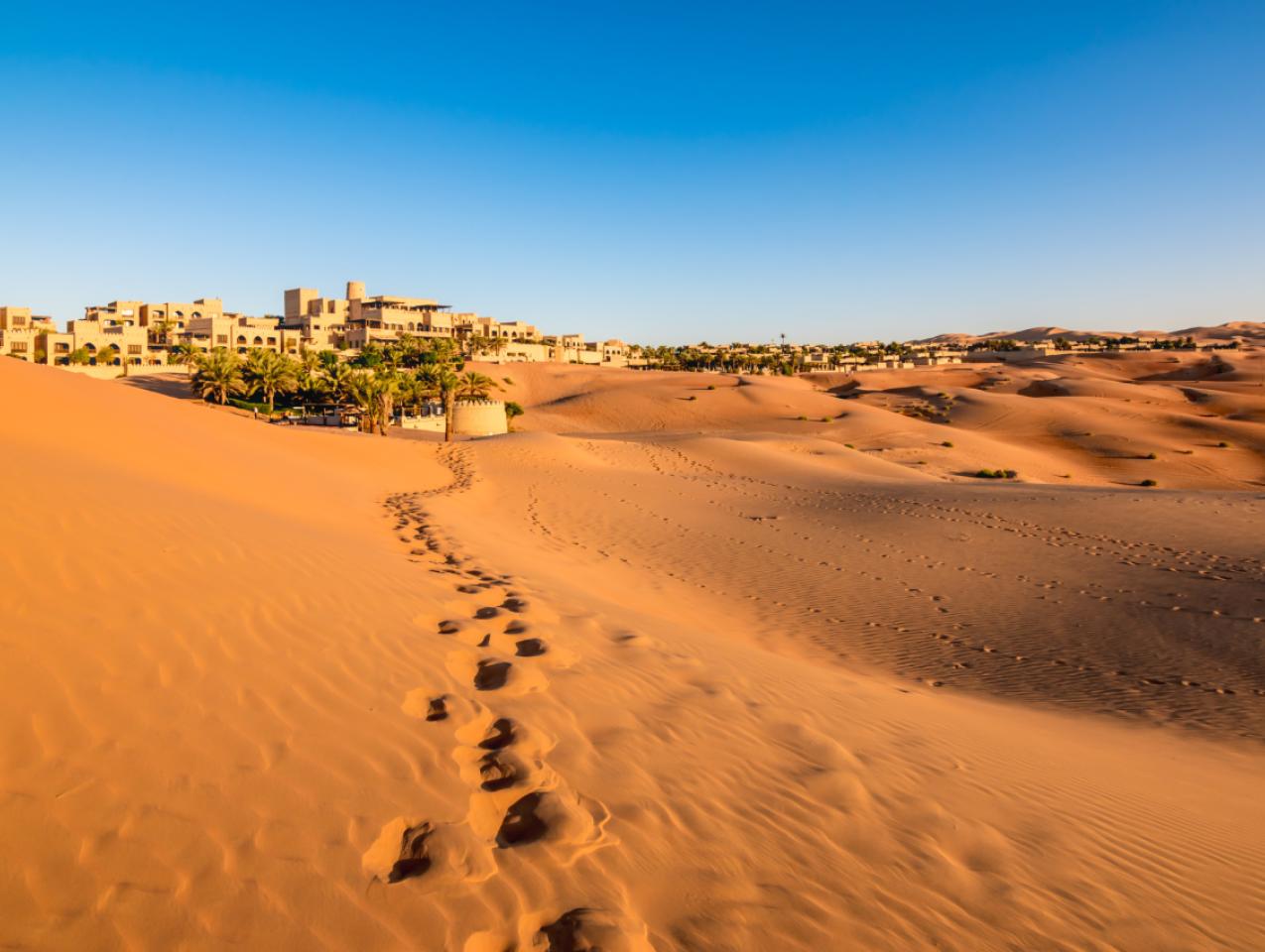 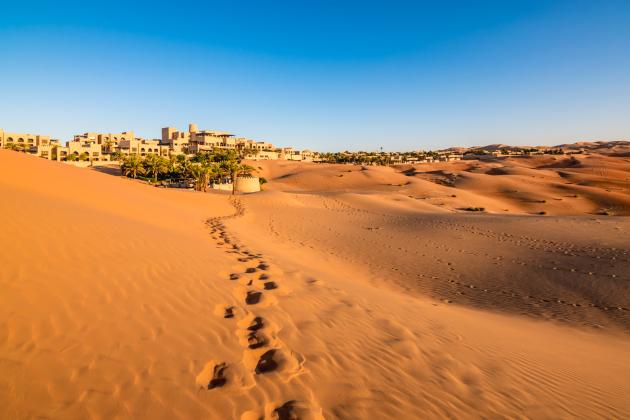 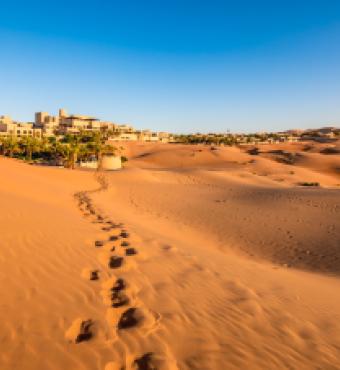 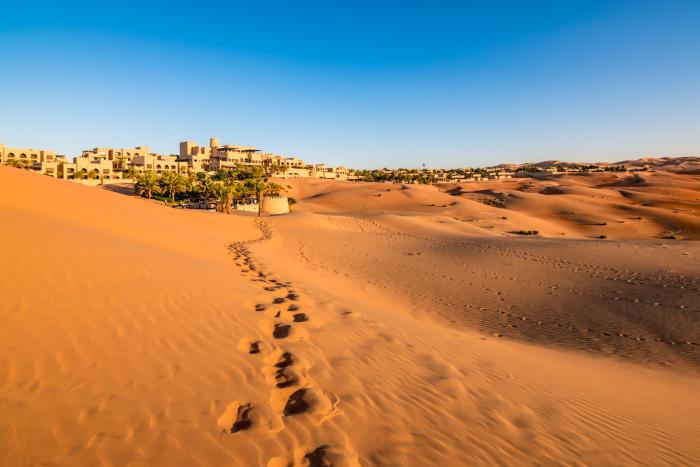 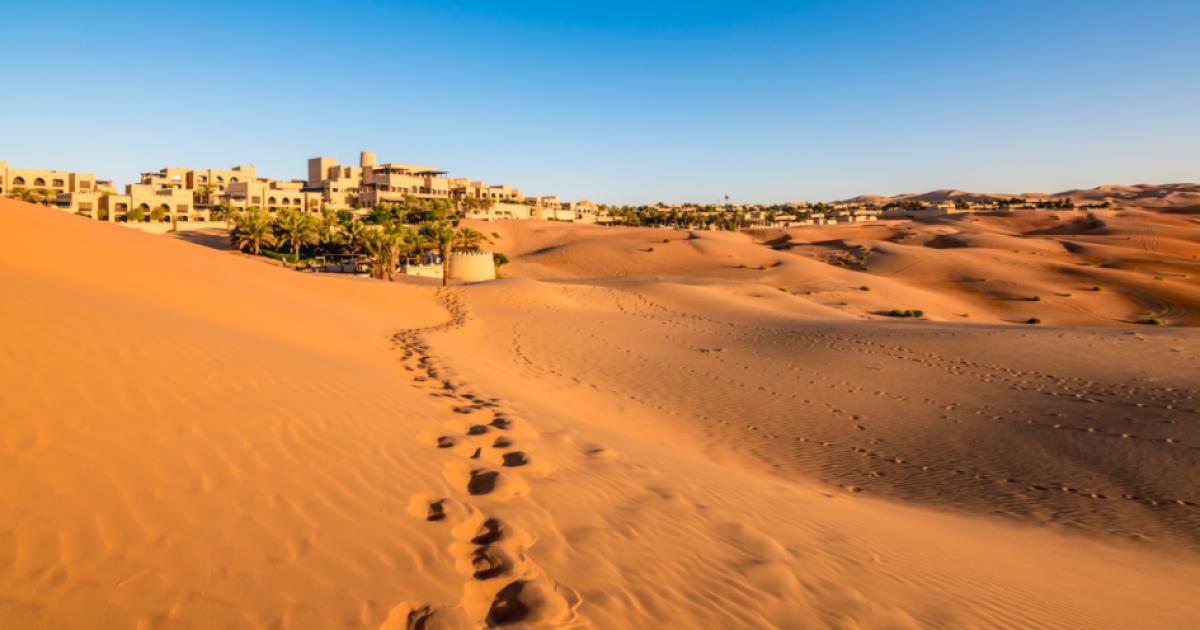 American strategy towards the Middle East has long been based on maintaining the twin pillars of security and stability in a region of geostrategic importance. At a crossroads between Europe, Africa and Asia, the Middle East has been historically significant for its energy supplies and passageways connecting the east and the west. To advance American interests, the United States has traditionally sought to maintain its position of influence through regional partnerships and with its military presence. Today though, there is a widespread perception that the US may be abandoning the Middle East.  This thinking can be traced back to President Barack Obama’s “pivot to Asia,” calls for Saudi Arabia and Iran to “share the region,” or his policy of “leading from behind.” It can also be drawn from President Donald Trump’s “America First” policy that has lamented the $7 trillion price tag of American sponsored wars and engagement in the region and criticism of US allies as “free riders”. These statements coupled with a series of policy shifts have fostered greater anxiety among American allies and thereby produced greater regional instability at the expense of American interests and influence.

Over the past two decades, America’s policy towards the Middle East appears to have lost its mooring.  While wider U.S. strategy remains directed towards security and stability, tactics and policy have shifted widely from administration to administration leaving American allies deeply insecure and uncertain of America’s commitment to them and the region. The consequence of this insecurity has fueled greater intra-regional competition and conflict alongside the development of stronger ties between Middle Eastern states and China and Russia.  To counter these variations and reaffirm American interests, policymakers would be wise to consider the words of Henry Kissinger who stated “the U.S. needs a strategy and diplomacy that allow for the complexity of the journey.”  The question that policymakers need to evaluate is, despite the repeated pronouncements to the contrary, is the journey and the strategy for the Middle East still the same?  A review of recent history might indicate otherwise.

Dramatic policy vacillations towards the Middle East have been evidenced from President George W. Bush’s intervention and nation-building in Iraq and Afghanistan to President Barack Obama’s effort at rebalancing America’s role and relationships in the Middle East to President Donald Trump’s America First vision.  These policy swings have resulted in a tenuous, violent and long nation-building process in Iraq and Afghanistan that has exhausted U.S. resources and public support while witnessing the emergence of the Islamic State and its radical brand of terror.  The Obama led sponsorship of the 2015 Iran nuclear agreement is yet another example of a double-edged policy.  It was designed to remove the Iranian nuclear threat and create a new regional balance of power.  Instead, American allies felt that the deal turned a blind eye to Iranian regional activism and did nothing to redress regional tensions. The subsequent US rejection of the nuclear agreement under Trump in 2018 and the re-imposition of nuclear related sanctions on Tehran have created yet another shift in relations with the region.  While Israel, Saudi Arabia and the United Arab Emirates (UAE) have publically championed Trump’s exit from the deal, they also quietly interpreted the move as an example of U.S. unpredictability.  Washington’s withdrawal from the deal has also provoked a still unresolved transatlantic crisis over Iran policy and the importance of multilateralism.  America’s European allies, specifically Great Britain, France and Germany known as the E3, have been dismayed by Trump’s pullout from the nuclear agreement believing that his policy of “maximum pressure” on Iran will not produce concessions and will continue to forestall their ability to address Iran’s ballistic missile program and regional involvement beyond its borders.

The gradual drawdown of American troops from regional bases followed by the surprise December 2018 declaration of the US withdrawal from Syria has also taken America’s allies by surprise. Trump’s Syria announcement was neither communicated nor coordinated with regional allies, unleashing deep concern about the abandonment of American-supported Kurdish and Syrian Arab opposition groups, a move that would favor  Bashar al Assad’s consolidation of power.  Changing position again, the Trump administration has gradually walked back that decision recently revealing that a small contingent of American forces would remain in Syria after all.

A final example of these policy swings can be seen in the juxtaposition of Obama’s 2011 Cairo speech that called for shared and supported values of human rights, freedom and democracy with President Trump’s realist defense of Saudi Arabia in the aftermath of Jamal Khashoggi’s brutal murder.  In the region, this change in priorities and abandonment of the rhetoric of democracy might be welcome by authoritarian elites but is seen on the street as yet another sign of unpredictability and inconsistency if not hypocrisy of America’s policies.

Regional developments have also exacerbated the divide and underlying uncertainty separating Middle Eastern capitals and Washington D.C. Here, too, the outcome of these events has not produced consistent policy nor promoted greater stability in the region. The 2011 Arab Spring protests that spread like wildfire throughout the region have had profound consequences on internal Arab politics and U.S. ties. The downfall of Egypt’s Hosni Mubarak, long allied with Washington, created deep insecurity among the Arab Gulf monarchies.  With similar historical and military ties to Washington, the Arab Gulf questioned their own security dependency on the U.S.  To protect the Arab Gulf from any domino effect, Saudi Arabia and the UAE embarked on a more activist foreign policy dispatching troops to quell protests in neighboring Bahrain.

The civil war in Syria ongoing since 2011 saw the growth of Iranian influence stoking Arab fears of Iran’s outsized influence in four Arab capitals from Beirut to Damascus, and Baghdad to Sana’a.  Russia has stepped into the vacuum as a key interlocutor in Syria opening the door to Russian military expansion.   Conversely, Washington granted a green light to the 2015 Saudi Emirati war in Yemen, supporting the coalition’s war effort to contain the Houthi expansionism.  With the war still ongoing, the objectives as yet unmet and the humanitarian impact disproportionately dire, international public opinion has turned against the conflict, and criticism of America’s role in the crisis has been amplified.  Finally, the 2017 Qatar blockade has emerged as yet another crisis stemming from Saudi and Emirati activism in the absence of America’s attention to affairs in the region.  Aimed at reducing Qatari foreign policy independence and severing Doha’s ties with Iran, the blockade has had the opposite effect.  Of graver consequence is that the crisis has broken the edifice of the Gulf Cooperation Council and pitted the Arab Gulf states, all of whom are American allies, against each other.  To date, Washington has not been able to bridge the divide amongst its allies.  Its inability to do so calls into question its influence as well as its plans regarding the Middle East Strategic Alliance (MESA), a Trump sponsored regional security and burden sharing policy with the goal of creating an Arab NATO to counter the influence of China, Russia and Iran.

Shifts regarding American energy independence are also important. Due to the shale revolution, the US is no longer dependent on Middle East energy. In fact, it has shifted after decades from being a net importer of energy to a net exporter. and therefore an international competitor with its own regional allies.  This shift has had  ripple effects, where the Middle East countries have pivoted and reoriented their trade ties towards energy hungry Asian nations.

Amidst these policy inconsistencies and uncertainties about the future commitment of the United States to the Middle East, the emergence of Russia as an arbiter on the regional scene in Syria and China as an economic investment engine tied to its Belt and Road Initiative (BRI) is also furthering regional rivalries.  With its enhanced influence in Syria, a leading role in the Astana process, and an ability to maintain relations with all countries of the region, President Putin has become an important regional crisis manager, priding himself on his ability to deal with all Middle Eastern heads of state.  Moscow has been working with Israel to manage tensions vis-à-vis Iran in Syria, with Saudi Arabia to manage oil policy, with Turkey to manage a post- conflict Syria and coordinate with Iran regarding the nuclear agreement. China on the other hand has been cultivating financial and investment overland and maritime links developing diversified partnerships, ranging from Israel to Egypt, Algeria, the UAE, Saudi Arabia and Iran. Middle Eastern states have gravitated to Beijing as part of a strategic hedging strategy that provides diversified investment and energy ties, alongside the appealing promise of non-intervention.

Collectively, these dynamics reveal that, in the absence of unwavering U.S. policy, regional tensions and anxieties have fostered increased competition much to the detriment of regional stability.   The consequence of an America adrift can be seen in the insecurity and regional activism of the Arab Gulf states, Iranian adventurism and Russian and Chinese encroachment.  The danger that lies beneath is the subtle but rising tenor of anti-Americanism among America’s allies and foes alike. These feelings are not yet lethal but reflect a deep anxiety of abandonment by America’s partners in the region.

So what is to be done?  The US National Security Strategy has articulated the goals of security and stability for the region.  However, to be successful, the diplomacy must match the strategy.   Washington should acknowledge that the ebbs and flows and vacillations have promoted greater anxiety than stability.  Now more than ever, the United States must display consistent and clear policy and messages towards the region.    Doing so will not only protect US interests but also lead to stronger more stable partnerships in the region.