A moving film, yet one which fails to capture what was truly at stake. 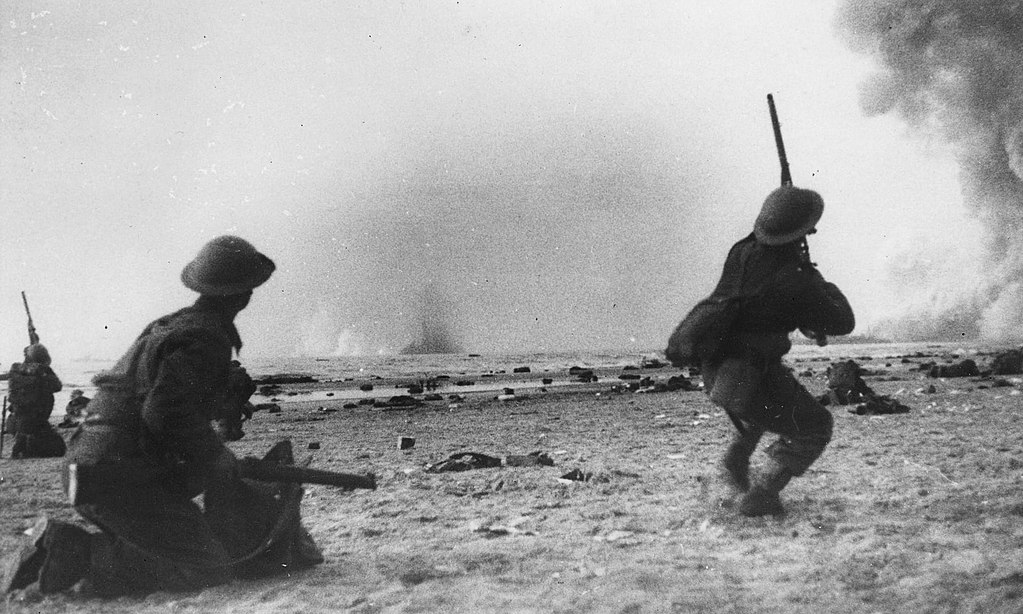 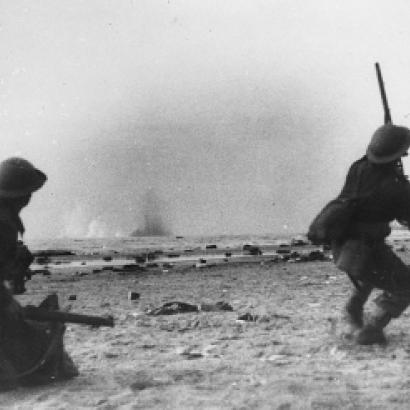 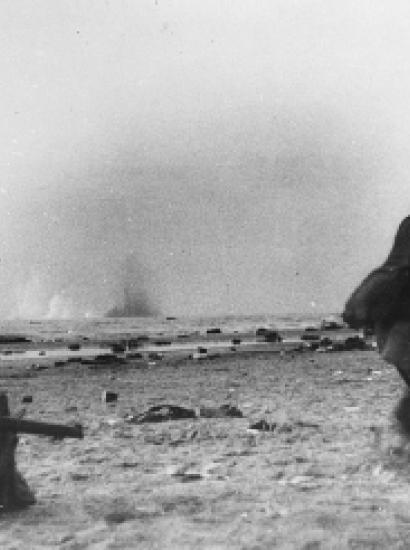 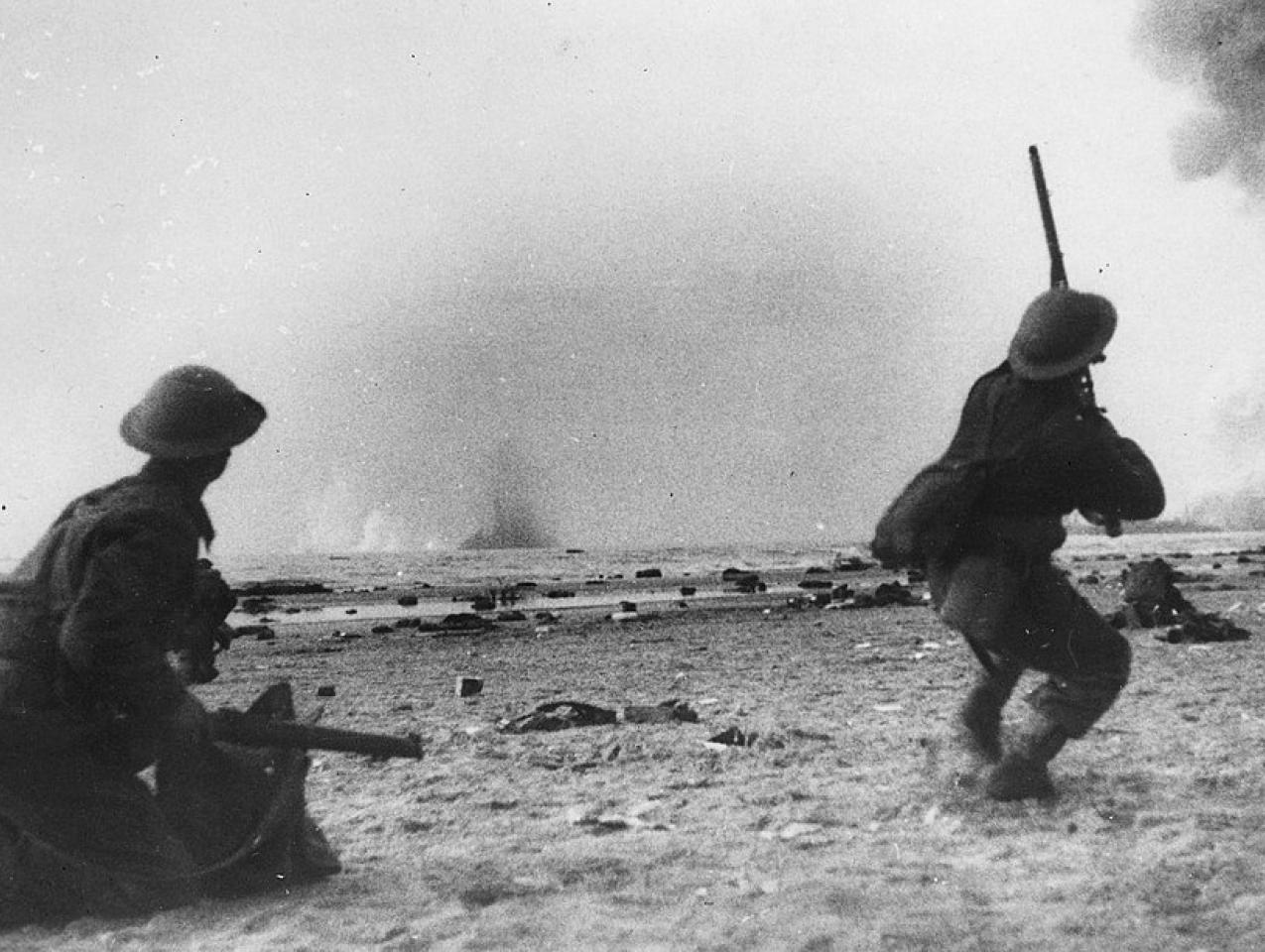 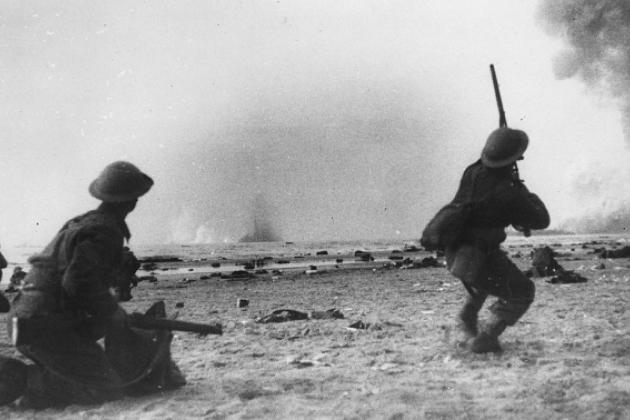 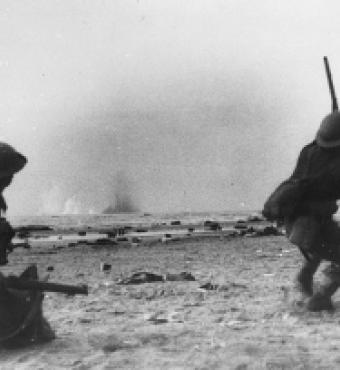 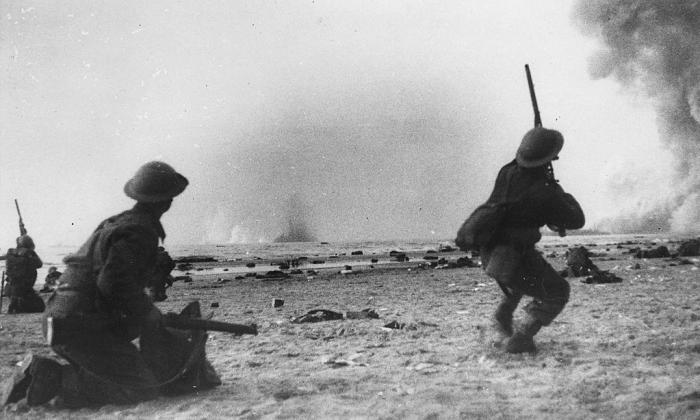 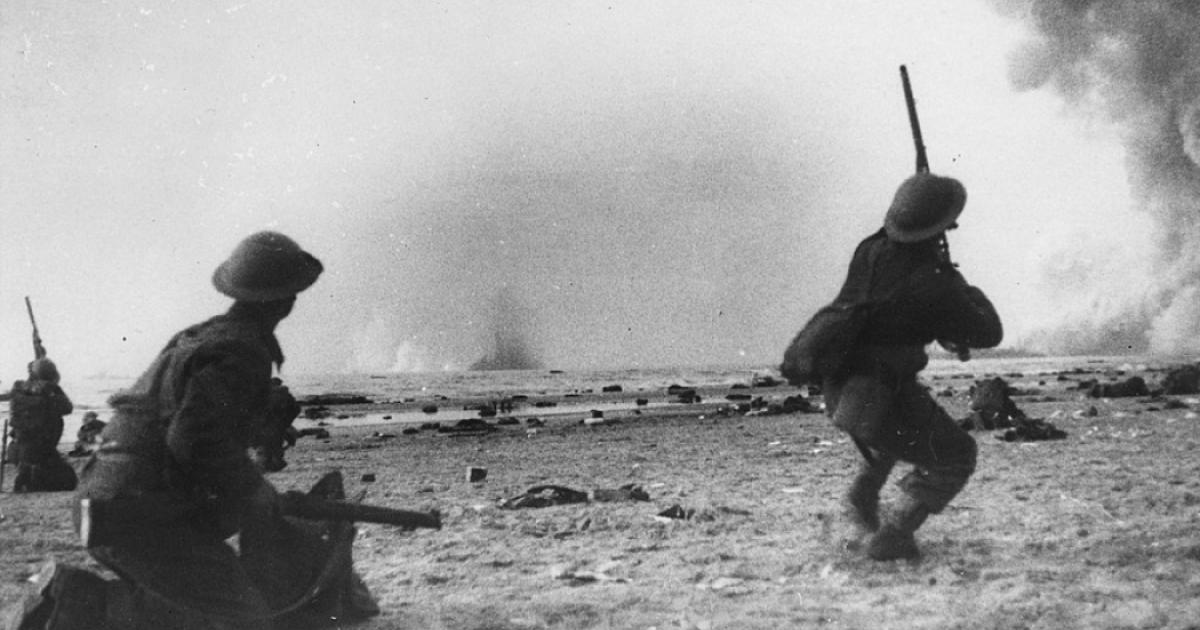 A quarter-million troops of the British Expeditionary Force, together with about 140,000 French and Belgian soldiers, were safely evacuated from the beaches of Dunkirk, France between May 26 and June 4, 1940, in one of the largest successful maritime evacuations of trapped armies in military history. Most other marooned armies would likely have surrendered or been slaughtered on the beach by the seasoned German Panzers.

The amazingly successful withdrawal allowed Britain to remain actively in the war, and gave inspiration for another quarter-million trapped British and French soldiers to escape across the channel in the next three weeks. Churchill, in the Periclean fashion of mixing encouragement with realist caution, reminded the beleaguered British people that such defiance presaged successful British resistance to Hitler—while also reminding them that victory is never won through retreats.

There is much to be said for the current blockbuster movie Dunkirk, directed by Christopher Nolan. The cinematography of battle is excellent. The themes of confusion, paradox, irony, and unintended consequences in war are well captured through the mostly visual daylong odyssey of “Tommy” (Fionn Whitehead). In near continual silence (dialogue is scant in Dunkirk), Tommy seems to escape one disaster only to fall into another, in his Odysseus-like effort to get across the water to home.

The movie also presents well the tripartite nature of the British—and French—resistance at Dunkirk, especially the deadly fighting above the sea between British Spitfires and German Bf109 fighters, Stuka dive bombers, and Heinkel He 111 medium bombers that so shocked the Germans, who had assumed that supposedly inferior British pilots and planes (with their fuel worries) would ensure the Luftwaffe rapid air supremacy.

There is an eerie slaughter on and below the ocean, as Royal Navy warships and British civilian craft struggle to save tens of thousands of British and French soldiers before they are blown apart by German subs and bombers. The frenzy on the beaches, contrasted with the stiff-upper-lip cool of the British officer corps, is moving, even as the German ground troops around Dunkirk—who are almost never seen or heard on the ground and appear wraith-like in the film—slowly squeeze the beaten British Expeditionary Force into the last few acres of sanctuary.

In general, any time Western cinema offers up history—as opposed to suburban psychodramas, space yarns, zombies, comic book heroes, car crashes, or evil corporate conspiracies—we should applaud. The heroism of the British rescue fleet, the professionalism and courage of the RAF pilots, and the defiant defeated on the beaches of Dunkirk resonate through the entire film. It is a fine and fitting thing for popular culture to remember a courageous past at a time when millions of residents and citizens in the West—in the United Kingdom and the United States in particular—either are ignorant of their own history or deprecate it as a melodrama of oppressive “isms” and “ologies”.

Watching Dunkirk should also remind contemporary Western critics that the triumph of Nazi Germany and its eventual Axis partners would have aborted the freedom, material bounty, and security that a billion people now take for granted in the West.

But all that said, a good movie could have easily become a great film. Military history, whether written or visual, requires a mixture of both strategic and tactical narrative with first-hand “face of battle” portrayals of those doing the actual killing and dying. Dunkirk is good on the latter count, and completely wanting on the former.

Even a brief two-minute shot of a last-ditch conference between trapped British Expeditionary Force generals, or between stalled German Panzer commanders just miles away, or a conversation of grand strategy back in London between Churchill and his new cabinet, or even a few seconds of rantings of Adolf Hitler to his general staff, could have conveyed what was at stake. And just five minutes of that background story would have made two hours of poignant resistance all the more remarkable.

The facts are these: The “phony war” laxity of Prime Minister Neville Chamberlain collapsed on May 10, 1940 when the Wehrmacht in complete surprise blasted through the Ardennes forest on a pathway conventionally deemed too rugged for heavy vehicles. Unlike in World War I, when allied resistance stopped the surprise German assault and ensured for four years that the Germans would never get much more than 70 miles into France, Hitler’s 1940 attack on Western Europe would be wrapped up in six weeks, and the fate of the European democracies sealed within days of the invasion.

Indeed, within hours, the newly appointed Prime Minister Winston Churchill was faced with disastrous choices: either keep the fleet and the air force engaged and the army on French soil to bolster collapsing French morale and save a base in Europe for eventual counter-offensives, or pull them all out from a lost cause, and with luck just possibly save Britain from Hitler’s next round of attack. Churchill chose to gamble, keeping British troops engaged as long as the fate of France was realistically in the balance—but not long enough to forfeit the entire army, and much of the fleet and air force so necessary to stop Hitler’s impending effort to bomb and blockade Britain in preparation for an invasion that supposedly would duplicate the six-week victory in France. The fight over the beaches at Dunkirk was a prelude to the Battle of Britain—and a warning to the Third Reich that it had at last butted up against an enemy that would neither give in nor collapse.

The ultimate irony of Dunkirk was that a previously unstoppable Blitzkrieg suddenly sputtered to an unenforced halt, just miles from the Atlantic when it was on the verge of annihilating British land power and thereby perhaps ensuring, at least psychologically, a defeat of the only remaining major enemy of the Third Reich.

Historians still argue about what happened. Were German field generals exhausted after the frenzied and costly pace of the prior two weeks? Or was the stoppage of Germany’s pursuit the work of the unstable Hermann Goring and his Luftwaffe that demanded a glorious coup de grâce, by bombing the collapsing ring of Allied soldiers to smithereens—as a forewarning of what shortly would follow in a blitz over London?

Or was the culprit the loss of nerve of the often passive-aggressive Hitler? We forget both that, even in his lightning victories, the Fuhrer often proved tentative and fearful under stress—and that the Wehrmacht suffered over 45,000 killed and missing, and over 100,000 wounded, in its supposedly easy walk-over of France.

Or was Hitler deluded enough to believe that Churchill was representative of a suspect aristocratic class eager to make peace if it could keep its overseas Empire, as Germany swallowed the European mainland? It is unlikely, but not impossible, that Hitler felt a terrified but relieved Britain would be eager to end the war formally if its expeditionary army was not decimated by German armor and artillery.

Even after the evacuation, when the Germans in a few hours reached the French coast, the war for Europe was assumed to be won. Britain surely would concede to save its homeland from the sort of brutality unleashed on Poland and France. The Soviet Union, after witnessing such frightening German armored advances, surely had no intention of reneging on the Molotov-Ribbentrop Pact of August 23, 1939 that was helping to fuel and feed the Wehrmacht’s conquests with Russian supplies.

In contrast, the survival of the British army at Dunkirk, and of the retiring British fleet and air force—along with the miraculous ongoing retooling of the British munitions industry—meant that Britain and its empire were able, well before Pearl Harbor, to muster enough manpower in a few months to stop the Italians in Eastern and Northern Africa, to save Malta, to fight the Germans in Greece, to begin bombing occupied Europe, to shortly win the air war over Britain, and to begin to check the U-boat offensive.

It is perhaps unfair to critique Dunkirk’s focus on the common soldier and the near anonymous killing swirling about him. But even here, greater detail would have enhanced the film’s emphases on the personal experience of battle. In the movie, the sheer tapestry of the British rescue effort never fully unfolds. In fact, well over 800 British warships, merchant marine boats, fishing trawlers, and yachts formed a huge armada that dotted the horizon off the Dunkirk coast. Yet that vast maritime landscape is never captured by the film’s portrait of a seemingly smallish private flotilla. The film also shows the littered beaches of Dunkirk, but again the effect of the screen’s occasional flotsam and jetsam is understatement. In fact, the wreckage of the British army was unimaginable. Almost all of its artillery—well over 2,000 field guns of various sizes—over 60,000 wheeled vehicles, 700 tanks, and over 11,000 machine guns were lost, much of them left scattered on the beach, a reality that again is hardly captured by the film.

While British pluck shines through the film, the British achievement is underappreciated precisely because of the utter dearth of both strategic context and even brief portrayals of the Germans on the ground.

The expeditionary armies of the Germans in Tunisia in summer 1943 were faced with the same dilemma—and in contrast surrendered a near similarly sized army. The Russians lost entire trapped armies on at least three occasions that were twice the size of those evacuated at Dunkirk. The Japanese never evacuated on a similar scale any of their often-encircled expeditionary forces. The sheer audacity and skill of the British, and so early in the war, went mostly unrivaled throughout World War II—a sort of reverse D-Day embarkation of comparable magnitude, but without the resources, planning, and four years of favorable warring and German attrition.

Finally, the miracle at Dunkirk reminds us of the underappreciated but pivotal British role in World War II. We often reduce the Allied victory to the blood of Russian manpower and the treasure of American supply. And there is much truth to both those generalizations. But spiritually, we should remind ourselves that Britain was the only major power on either side to both begin the global war on its first day and continue to fight it until its last, six years later. It was also the only major power to fight the Third Reich alone, which it did courageously between June 25, 1940 and June 22, 1941. It was the only Allied nation to declare war on the Axis for the principled promise to an ally, Poland, rather than because it was either surprise-attacked or had war declared on it first. British genius gave the Allies everything from sonar to Firefly Sherman tanks to the Ultra intercepts to the Rolls-Royce Merlin engine in the superb American P-51 Mustang.

In sum, Dunkirk is an impressive postmodern glimpse of a premodern nightmare, but a view nonetheless that is without a strategic or political—or much of any—context. Such a landmark event is diminished to a story about any war, rather than the singular British existential struggle to stop Nazi Germany.