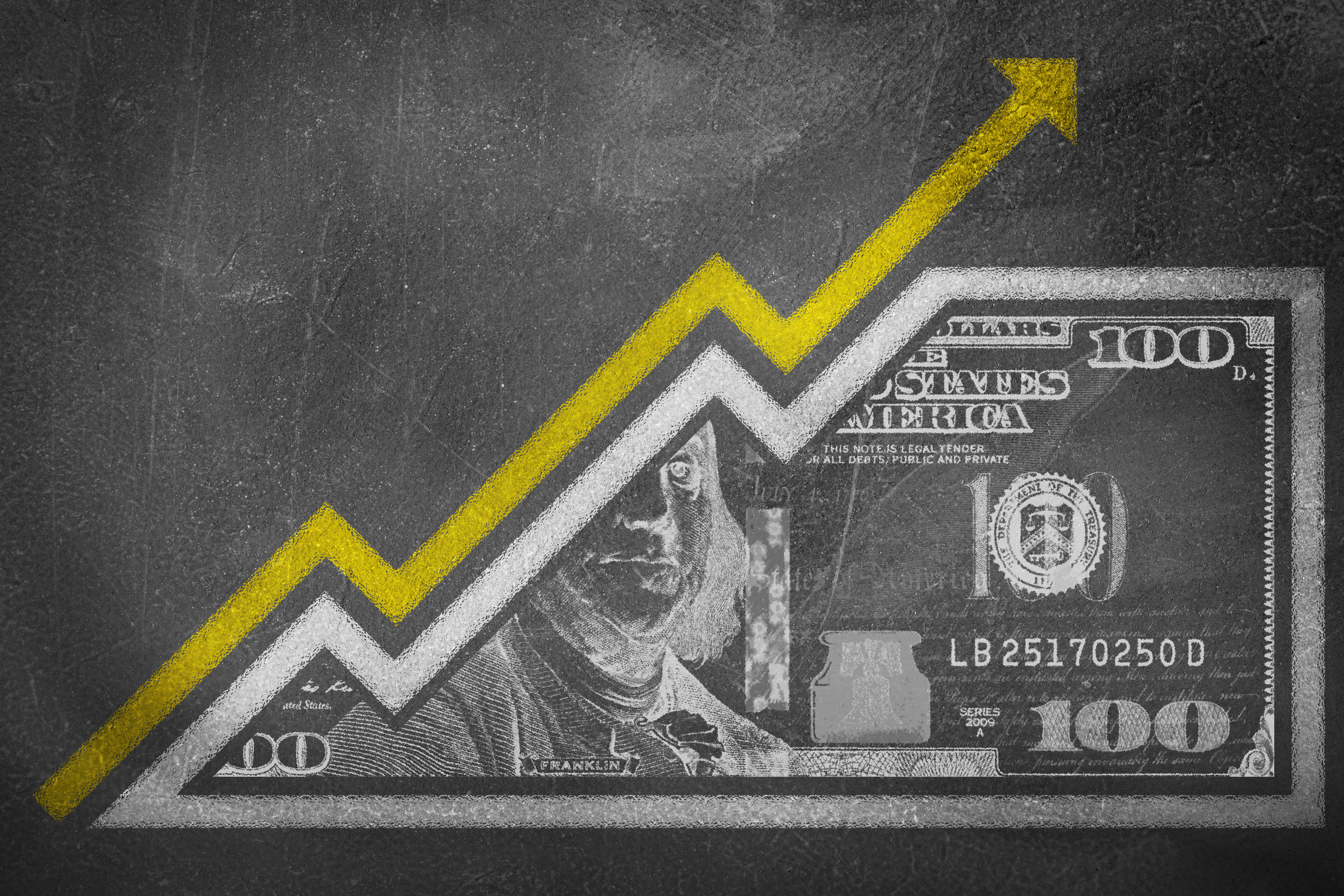 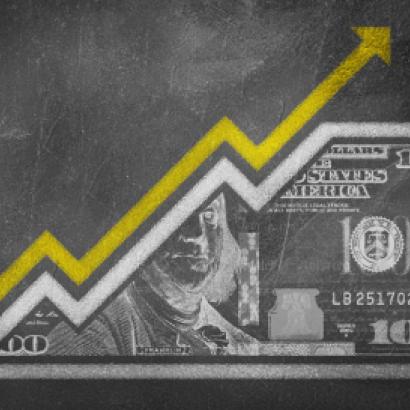 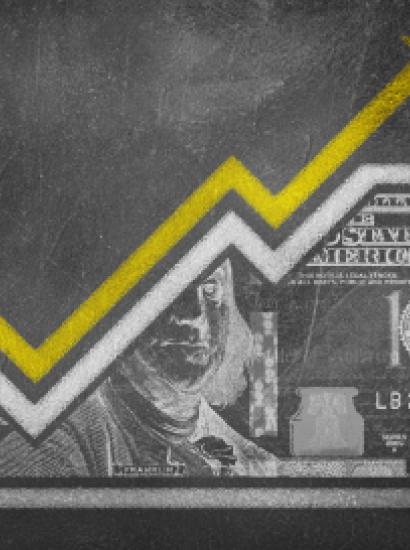 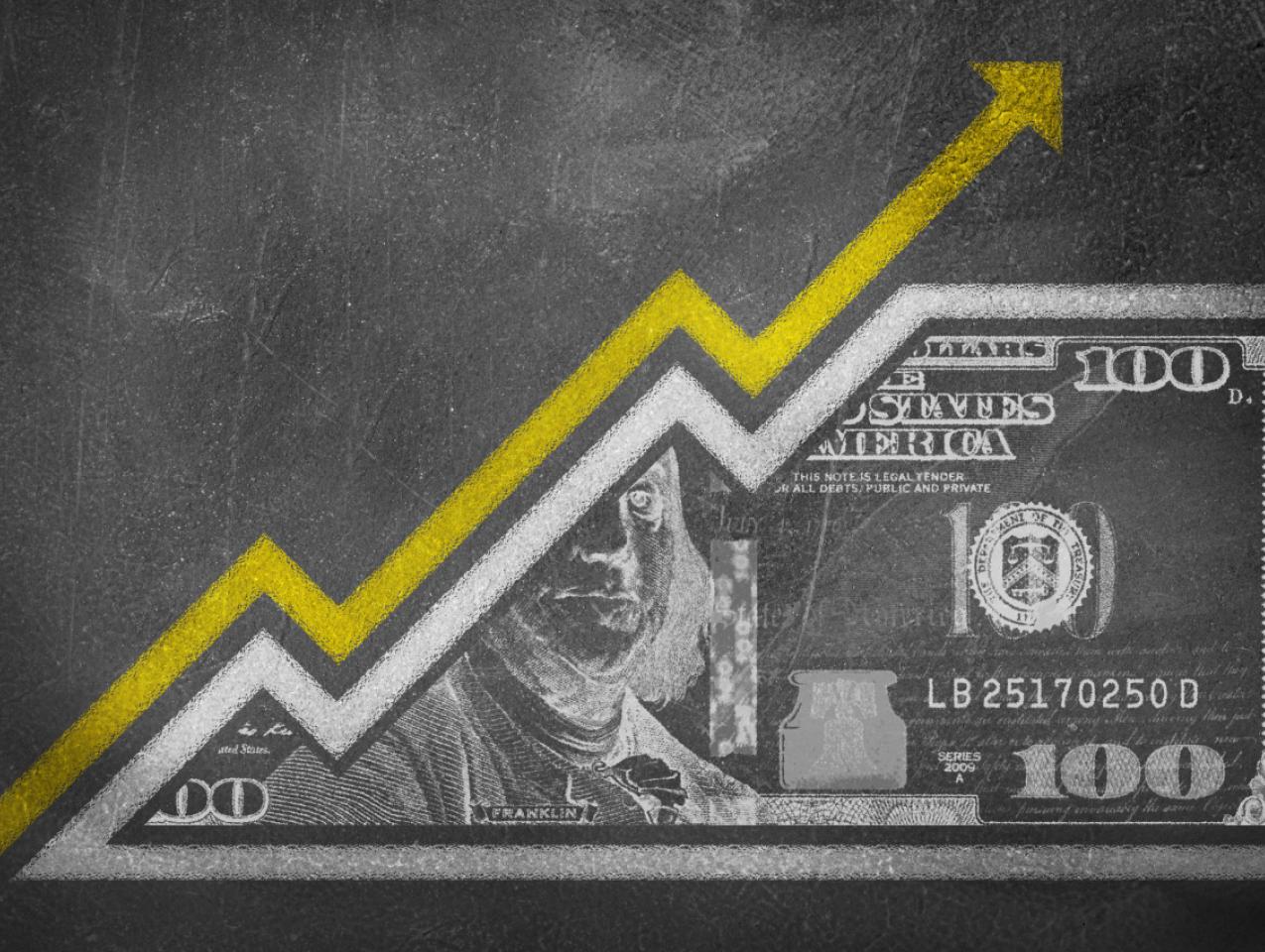 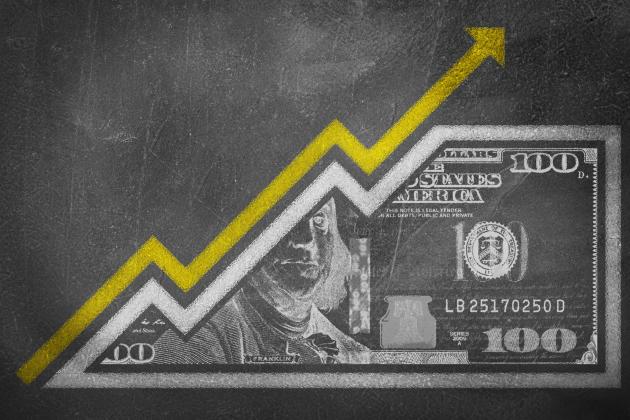 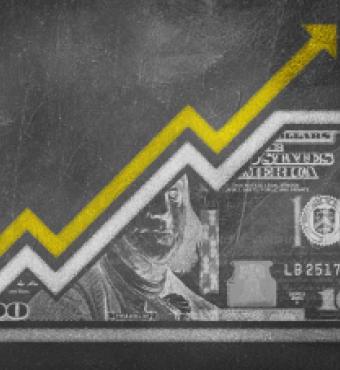 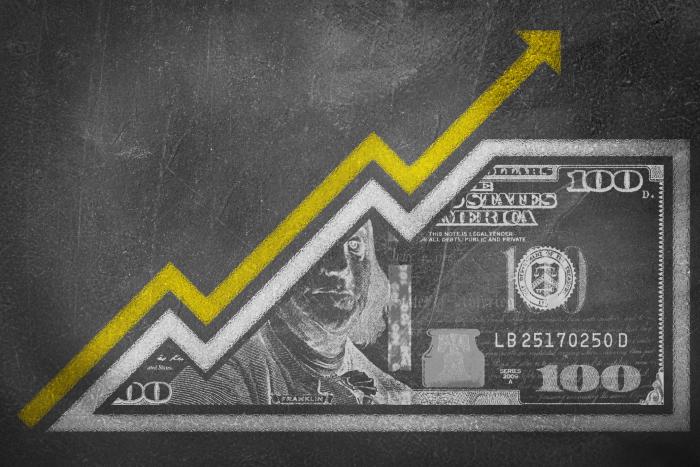 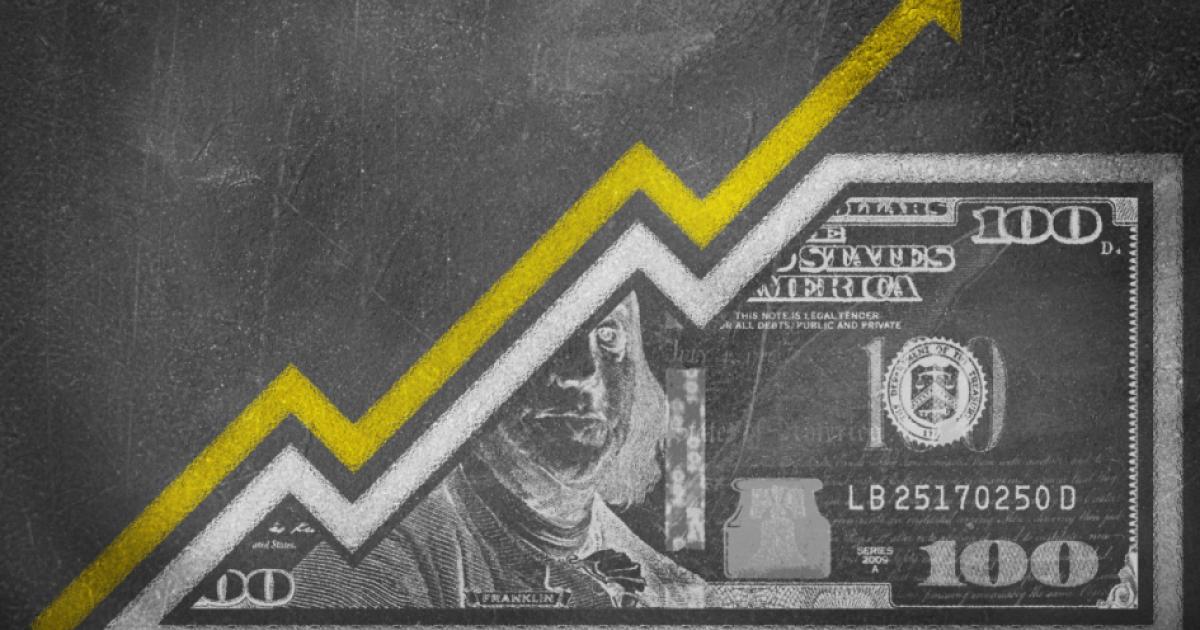 It is a sign of the power of the presidency that we easily praise or blame the sitting president for all the economic successes or failures that take place during his term in office. By that standard, President Trump seems to be riding a boom that eluded his predecessor, and that prospect distresses the legion of Trump critics who regard him as an unmitigated disaster. Accordingly, they hope to credit today’s good times to the work of President Obama.

That thesis has been advanced by Vox commentator Ezra Klein. In confronting “The truth about the Trump economy,” he asks this question: “Did Trump unleash an economic miracle, or take credit for Obama’s work?” There is much to disentangle before answering that question correctly. It is well known that economic policies introduced in one year may well have effects long afterwards. Thus, in evaluating Franklin Roosevelt’s transformative economic reform, it is worth remembering that his taxation and budgetary policies had a relatively short time to produce any effects before they were overtaken by the massive military expenditures of World War II. Even in the short-run there is good reason to believe his many machinations prolonged the Depression. But the long-term verdict is clearer. The passage of the Motor Carrier Act, National Labor Relations Act, the Fair Labor Standards act, the Civil Aeronautics Act and the Agricultural Adjustment Act—cartels all—retarded economic activities for decades to come. Thus, looking at the rates of employment or economic growth in different presidential periods is only the first step in a very complex process of evaluation.

Matters get only more complex for presidents who did not enjoy Roosevelt’s political dominance, which made it easier for him to enact his regulatory agenda. Most presidents have to contend with a raft of other influential players whose actions further muddy the waters. What happens when Congress exerts its economic clout in ways contrary to presidential policies, or when states like California try to fight national policies on a full range of environmental, real estate, and labor issues? And what role should be given to the position of independent agencies, including the Federal Reserve, over which the President only has limited powers? Private investment decisions turn not only on who occupies the White House, but also on predictions of who will hold office two or four years from today. President Trump could do everything right today, and it would count for naught if investors were sure that a progressive Democratic president in the mold of Bernie Sanders or Elizabeth Warren would win in 2020.

In order to render economic judgment on any president, it is necessary to look beyond aggregate statistics to make some independent evaluation of the discrete policies that mark a presidency. That task requires some time to decide which particular policies were pro-growth or pro-employment. And it is there that Klein falls flat, because he fails to identify any Obama policies whose positive momentum sparked the economy.

On the first issue, the key measure is whether a president promotes or frustrates competitive behavior. Under this standard, any protection of monopoly institutions is presumptively bad, while deregulation or tax reduction is presumptively good. Unsound Obama policies help explain the abnormally low rate of economic growth during his eight-year tenure.

Take this bill of particulars. Obama’s first innovation was the 2009 stimulus package, contained in the American Recovery and Reinvestment Act (ARRA), which was at best a mixed blessing. The stimulus program could work, if at all, only in the short-term. But the legislation also left a long-term legacy of protectionist legislation for key businesses and labor unions. The task now is to unwind the one-time stimulus spending from ARRA’s other entrenched provisions. Today’s economic successes come in the face of ARRA, not because of it.

Obama pushed through three other major pieces of legislation during his first term, all net negatives. The 2010 Affordable Care Act (ACA) created an immense tangle because it incorporated into health-care insurance many unsustainable features—a rich package of mandatory minimum benefits, community rating, mandatory coverage of preexisting conditions, and poor integration of federal and state programs. In 2017, the Republicans muffed the chance to implement major reforms of the ACA. Today the ACA is still in distress, but the Trump administration has resisted all efforts by insurers to find some alternative means which will slim down benefits to make the overall program affordable. No positive Obama legacy here.

In 2010, the Obama administration also passed the Dodd-Frank legislation to stabilize the financial markets after the 2008 debacle. On balance the legislation did more harm than good by concentrating too many assets in banks deemed too big to fail. It invited regulators to pursue an extended definition of a Systematically Important Financial Institution (SIFI) and with it the opportunity to expand the regulatory scope of Dodd-Frank. District Court Judge Rosemary Collyer rightly ripped to shreds the Obama administration’s decision to designate MetLife as a SIFI, and the Trump administration rightly dropped any efforts to overturn her decision. The Trump administration also eased regulatory burdens on mid-sized banks through Senate Bill 2155, the Economic Growth, Regulatory Relief, and Consumer Protection Act, by raising from $50 billion to $250 billion the minimum amount of assets needed for a bank to be subject to SIFI oversight. No positive Obama legacy here either.

The third major piece of Obama reform legislation was the America Invents Act of 2011 (AIA), which again counts as a negative. The AIA was fiercely opposed by small inventors on the ground that it weakened patent rights and would make it harder for them to pursue patent protection, including injunctive relief. But wholly apart from some dubious substantive provisions, the AIA broadly expanded the process known as inter partes review, which anointed the highly political Patent Trial and Appeals Board (PTAB) with the largest say over patent policy. The Supreme Court unwisely sustained this process in Oil States Energy Group v. Greene Energy Services (2018). Fortunately, the Trump administration kicked upstairs David Ruschke, the highly politicized chief of the PTAB, though problematic structural risks remain. Verdict: no positive Obama legacy.

The Obama record on labor and employment law has been abysmal. Strong and cozy relationships with union leaders and efforts to make franchisors like McDonalds liable for the unfair practices of their franchisees willfully upended years of precedent. In addition, then-Secretary of Labor Thomas Perez sought to double the weekly salaries needed to exempt workers from the overtime provisions of the FLSA, an action that threatened to subject graduate research assistants, young employees at start-ups, and workers in the gig economy, none of whom are paid by the hour, to impossible regulations. The move was squelched by a federal judge and the Trump administration decided not to appeal. No positive Obama legacy.

Speaking more generally, I cannot think of a single mid-level Obama policy that counts as a pro-growth initiative. The same bad rap cannot be leveled against Trump, for, as the economists Edward C. Prescott and Lee E. Ohanian point out in the Wall Street Journal, the deregulatory cornerstones of the Trump administration are economically sustainable. Deregulation of labor and capital markets are not just a short-term shot in the arm, and the lower taxation of corporate income has worked to repatriate capital from overseas and to expand overall levels of investment. So long as these remain permanent features of the economy—a big “if” with an election coming up—private firms have the necessary time horizons to make much-needed long-term investments. That activity will in turn--as has begun to happen--rejuvenate labor markets. Youth unemployment hit a 50-year low, and the pace of hiring continues to rise. The stock market, always a leading indicator of future fortune, rose by about one-third in Trump’s first year in office and continues to hit all-time highs.

This stock market performance is all the more impressive because it has occurred in the face of serious Trump-created obstacles. President Trump is no fan of small domestic budgets, and he has run a perverse rearguard campaign to reverse the declining fortunes of the coal industry. Most importantly, he has waged a series of foolish trade wars against our long-term trading partners. His astounding ignorance on the principles of comparative advantage led Trump to unwisely pull out of the Trans-Pacific Partnership, thereby giving China—a friend to no one but itself—an invitation to take the lead across the Pacific Rim. His negotiation stance put NAFTA into unnecessary jeopardy: even at the eleventh hour when a deal seems likely with Mexico, the corresponding deal with Canada still hangs by a thread. And why? Trump insists in securing large American content in automobiles, but that industry loudly protests his protectionist policies.

Here is the bottom line: the gains from Trump’s (imperfect) domestic program look enormous, given the large economic drag of his trade policies. From this assessment it’s clear that classical liberalism with strong property rights, freedom of contract, and free trade is the only engine to economic prosperity.