The safety of America, its allies, and the refugees depends on a ground offensive in the Middle East. 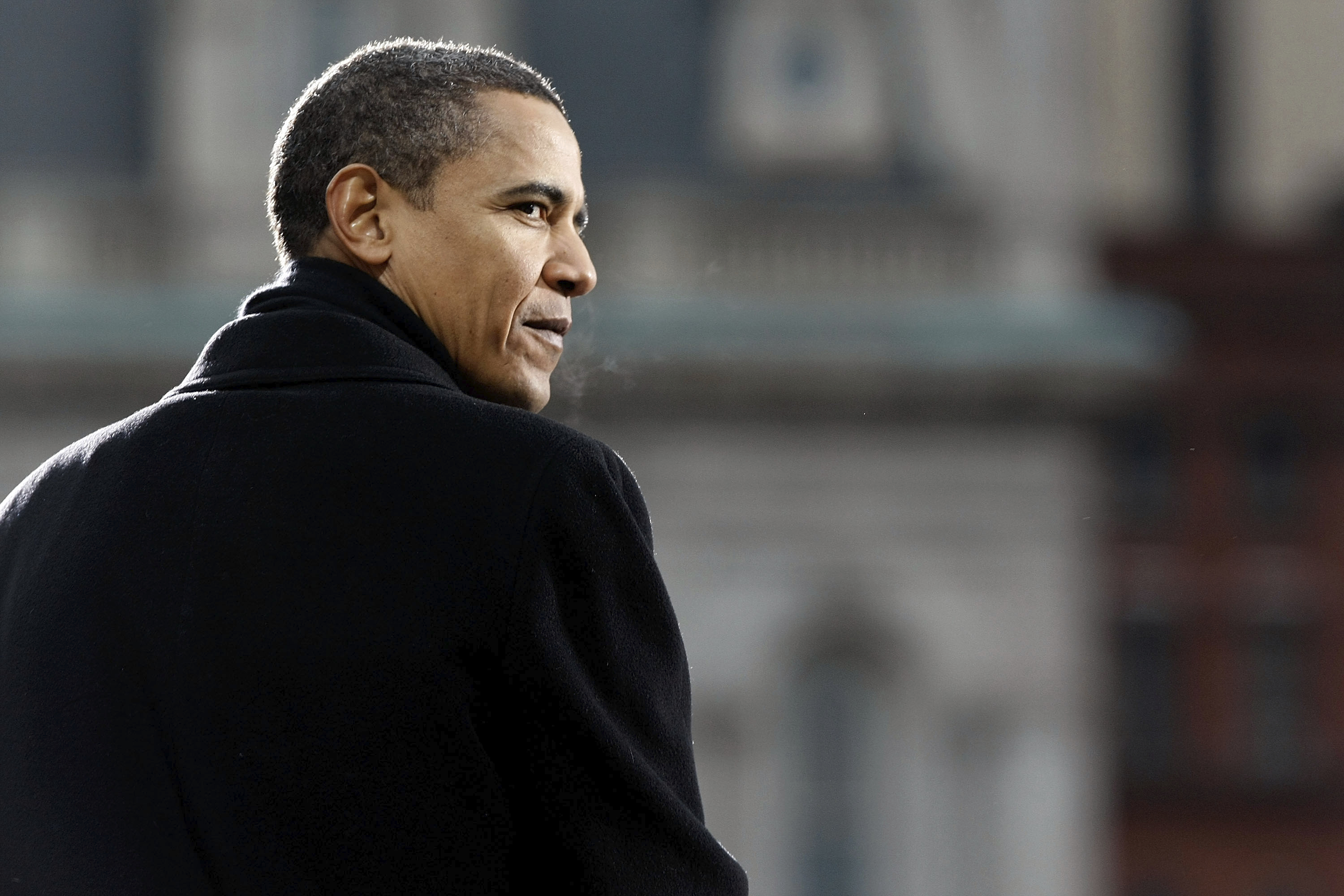 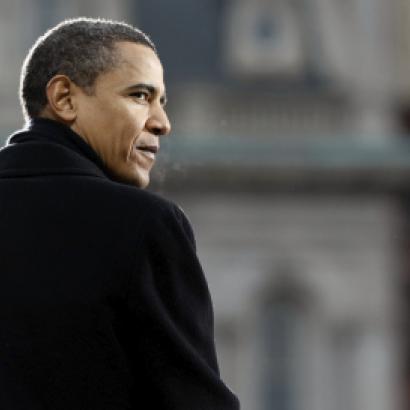 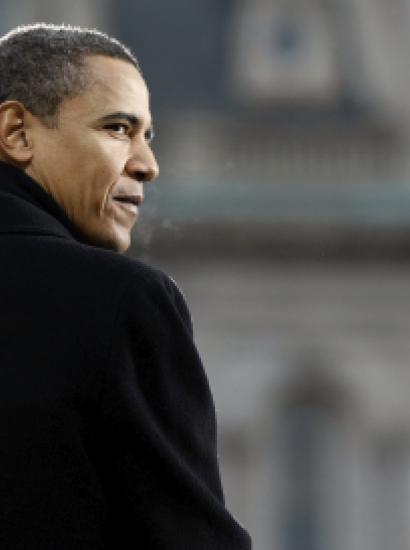 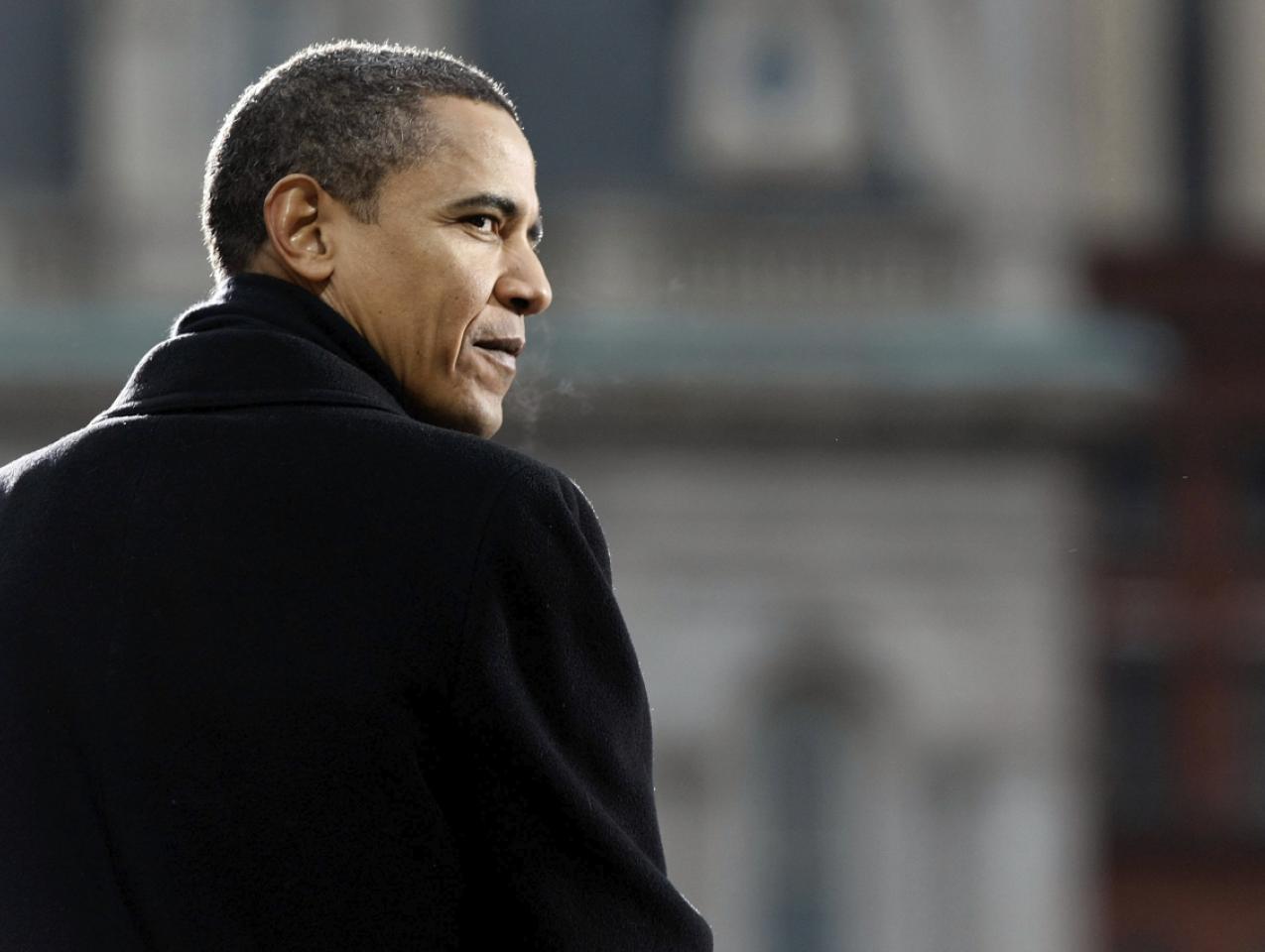 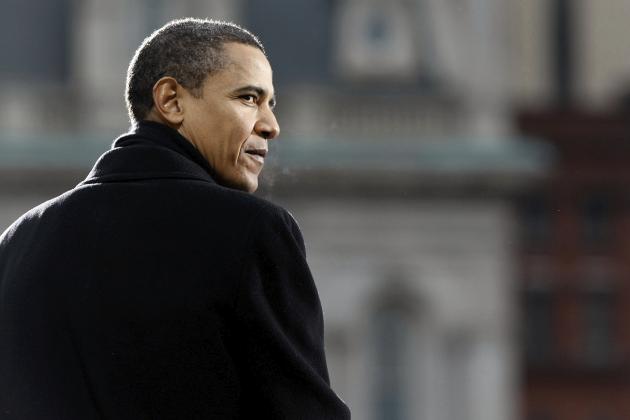 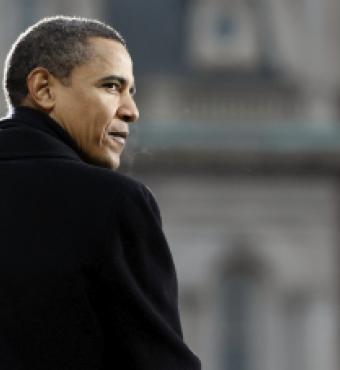 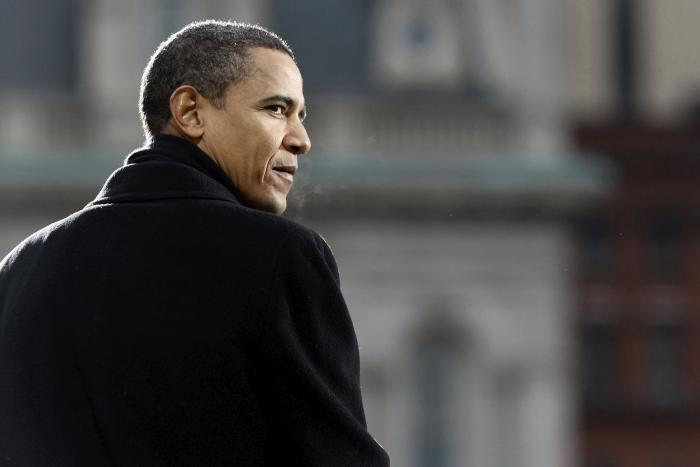 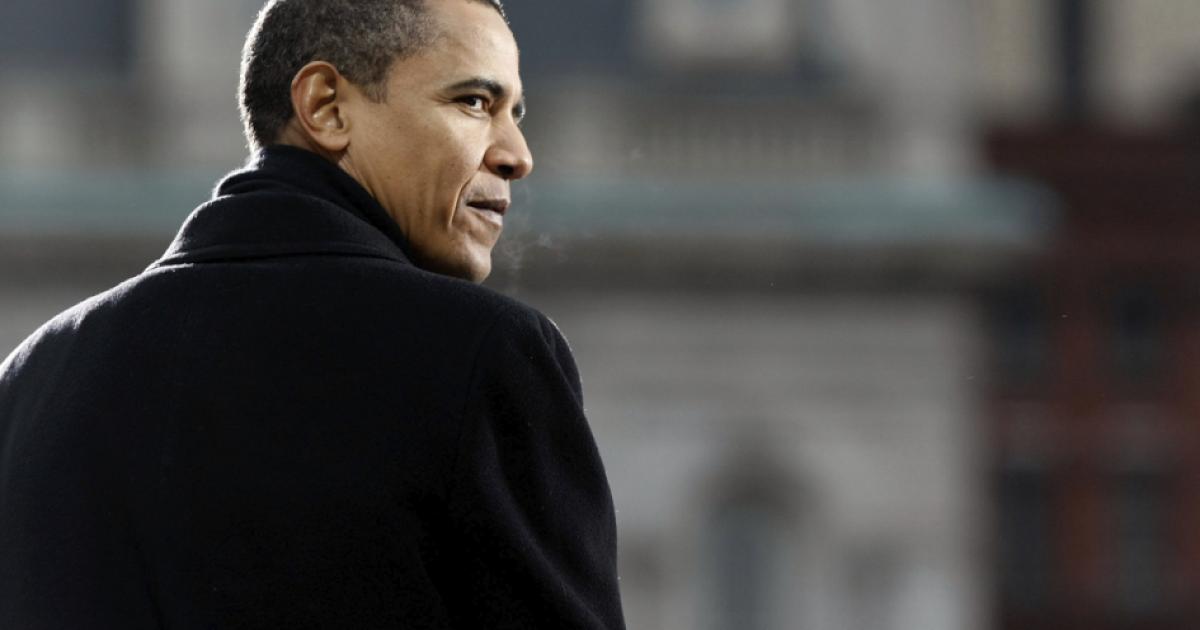 The recent events in Paris and elsewhere have led the leaders of the civilized world to search for an appropriate response to the barbaric actions of the Islamic State of Iraq and Syria. The toll of deaths, injuries, and property damage all point to a single conclusion: something powerful must be done, and done now. In spite of this, during an intense press conference in Turkey, President Obama doubled-down on his current strategy, despite the pushback from an ever-more skeptical press corps: “The equation,” Jerome Cartillier of AFP said, “has clearly changed. Isn't it time for your strategy to change?” The centerpiece of Obama’s flawed strategy is the refusal to commit American ground troops to more than a marginal role in seeking to drive ISIS from the extensive territories that it occupies in Syria and Iraq.

The President’s policy stems from an emphatic rejection of Pax Americana, or the view that the United States’ military force is the anchor of the free world’s security. Indeed, my own decidedly pessimistic appraisal of the dire consequences of Obama’s ISIS policy sadly underestimated the massive level of dislocation and violence that would follow from the President’s insistence that patience is required before an entity like ISIS is “ultimately” destroyed.

But what horrors must innocent people endure in the interim? How many more of them have to be slaughtered because of their religious beliefs? How many millions of refugees have to be driven from their homes to escape death and subjugation at the hands of ISIS? How many tens of millions of people in Europe, Africa, and the Middle East have to sit on tenterhooks not knowing where or when the next terrorist attack will take place? How long must Brussels stay under lockdown? Of these realities the President says not one word. His current aloofness cannot be defended to an international audience on the pious ground that the likelihood of an immediate terrorist attack on the United States seems to be low.

So what then should be done? At this point, the only reasonable response includes a military option. But, by the same token, the self-imposed restraint that the President places on the use of ground troops is likely to rule out any and all strategies that could take the fight to ISIS. Nor is there any reason to think that Hillary Clinton’s proposal of a no-fly zone would do much to curb ISIS. ISIS does not even have its own air force. The simple truth is that airpower cannot dislodge entrenched people on the ground. That point became painfully clear to the Israelis when, in March of 2002, they had to confront the reality of the Second Intifada. They did so by going door-to-door to root out the terrorists from their nests. There is no guarantee that this strategy can have the same effect in the larger and more complex regions of Iraq and Syria that are now under ISIS control. But the alternative approach of grinding them down slowly, over time through the air, gives them all too much leeway to further establish their own positions on the ground.

The President is reluctant to commit ground forces because of America’s troubled history of involvement in Iraq. The common argument there is that the United States made a foolish decision to invade Iraq with ground forces in 2003. The invasion, the argument goes, ultimately and inexorably led twelve years later to the current situation in Iraq. In the words of Peter Beinart, writing in The Atlantic, the Bush administration held the illusion that “it could shatter the Iraqi state and then quickly and cheaply construct a new one that was stable, liberal, democratic, and loyal to the United States.”

Yet the history of what happened is far more complex than this simple-minded indictment of the invasion suggests. We cannot assume that Iraq and the Middle East would have turned out any better, or into a bed of roses, if the United States had just held its hand. No one knows what the alternative history would have been with Saddam Hussein still in power and the United States on the sidelines. Nonetheless, given the endemic turmoil in that region, it is likely that the next dozen years would have been filled with their own unfortunate twists and turns, some of which could have required American military intervention later on, and perhaps even on less favorable terms.

More importantly, it is a mistake to attribute the current situation to the initial decision to invade, in light of all that followed. There is little doubt, for example, that the decision in 2004 to root out thousands of Baathists from government positions greatly contributed to the internal discord inside Iraq. Even at the time, it seemed that the more sensible strategy was to keep all but a handful of key Baathists in their government positions to avoid creating the resentment that fueled social and political unrest that reached epic proportions by 2006.

At this point, the history turns to a systematic evaluation of the surge that George W. Bush put into place in early 2007, headed by General David Petraeus, which ultimately brought 30,000 new troops to Iraq. At the time, many prominent political leaders, including then Senator Barack Obama, predicted that the surge would be a massive failure. At the time, Senator Obama said: “I am not persuaded that 20,000 additional troops in Iraq is going to solve the sectarian violence there. In fact, I think it will do the reverse.”

But his dire prediction proved false. In retrospect, it was clear that David Petraeus and his key staff organized, in the General’s own words, “a comprehensive strategy.” This strategy included taking the fight to the enemy, but required far more by way of coordination with local allied forces; it also required efforts to embed American troops in the local communities in which the violence was the greatest in order to reassure civilian populations that the United States was on their side. Beyond this, the United States had to walk the tightrope between warring factions of Sunnis and Shiites, and indeed Petraeus chose to bankroll many groups that had previously engaged in attacks against American military personnel and bases. It was a hard slog, but the violence and the casualty rates began to drop toward the end of 2007, and continued to decline throughout 2008, so that by the time President Obama took office in January 2009, many of the major blunders of the early war had been largely corrected.

But Beinart criticizes the surge. He claims that the positive outcomes occurred “fortuitously” because many Sunnis had turned against al-Qaeda’s senseless brutality. But Sunni leaders only had the option of turning against al-Qaeda precisely because they had someone in the form of Petraeus who could back them up with force and other forms of assistance. It is of course true that a meltdown took place once the United States failed to make the Iraqi “government more inclusive.” But the blame for that failure lies squarely on Obama’s shoulders. Even before he took office, his rhetoric was that of a tired loser heading for the exits, which meant that everyone knew that the United States was no longer able to broker, with both promises and threats, the endless tensions between the Shiites and Sunnis.

Obama’s position was always that the United States would back any unified government that emerged in Iraq. But that position got things exactly backwards, for the only way that the unified front could emerge was for Iraqis to believe that the United States would stay for as long as was needed, which would ensure enough stability existed so that the new government could succeed. It is far easier to keep a stable position stable, and thereby to pave the way, as Petraeus envisioned, for a slow drawing down of American troops, than it is to have to mount a major new assault against a hostile enemy from scratch. A proper completion of the initial Bush strategy would not have generated a Middle Eastern utopia, but it would have generated a more stable Iraq—which, in turn, could have blocked the ability of ISIS to conquer much of Iraq over the feeble resistance of the disorganized and demoralized Iraqi army.

There is a clear lesson to take away from the surge: the sustained use of force on the model of Petraeus is not, as Chicago Tribune columnist Steve Chapman claims, some “fantasy” that is necessarily doomed to fail. It is only doomed to fail if our indecisive President employs half measures to take down ISIS. In one sense, an attack on ISIS might prove easier than one on Saddam, who, after all, had all the prerogatives of a nation state. ISIS has no legitimacy in the territories that it controls, in sharp contrast, for example, to the Afghan tribal chiefs who enjoy fierce local support. A coordinated attack against ISIS modeled on the 2007 surge could probably start to have an immediate effect. Of course, it would not neutralize other attacks from outposts in other countries. But so long as those operations are taken from individual safe houses, it should be possible, as has happened in France, for local police and military units to root them out of their hiding places.

At this juncture, the President has to confront the painful reality that the overall security of Europe and the Middle East has declined precipitously since he took office. So too has the prestige and influence of the United States. Nonetheless, his current stand is at once defiant and delusional. He speaks of his “comprehensive strategy using all elements of our power—military, intelligence, economic, development, and the strength of our communities.” But the military component of this program has been about 8,000 airstrikes, which works out over the past 430 days to fewer than 20 sorties per day in a territory that is the size of the United Kingdom.

It is pointless for the President to speak about smallish territorial adjustments while ignoring the huge caches of military materiel at the disposal of ISIS, and its millions of dollars of oil revenue from the areas that it controls. It is also a mistake for him to think of humanitarian aid to the refugees as a viable long-term strategy, given that it imposes enormous financial, logistical, and security issues on the sagging economies of Europe and the Middle East. That situation will only get worse unless some strong steps are taken to stop the underlying violence causing the current flow of refugees. His weak leadership is generating major divisions in public sentiment as people are forced to grapple with the difficult trade-offs between compassion on the one hand and national safety on the other.

A president has to play the hand that he is dealt, and not wish that the world were a kinder place. President Obama cannot hope to win the struggle against ISIS with the long game when he is clearly losing the short game. There is no reason to think that the Paris disaster is the last one that will hit Europe, or that a similar attack could not strike the United States. The only way to ensure the security of America and its allies is to commit ground troops against ISIS in the Middle East.