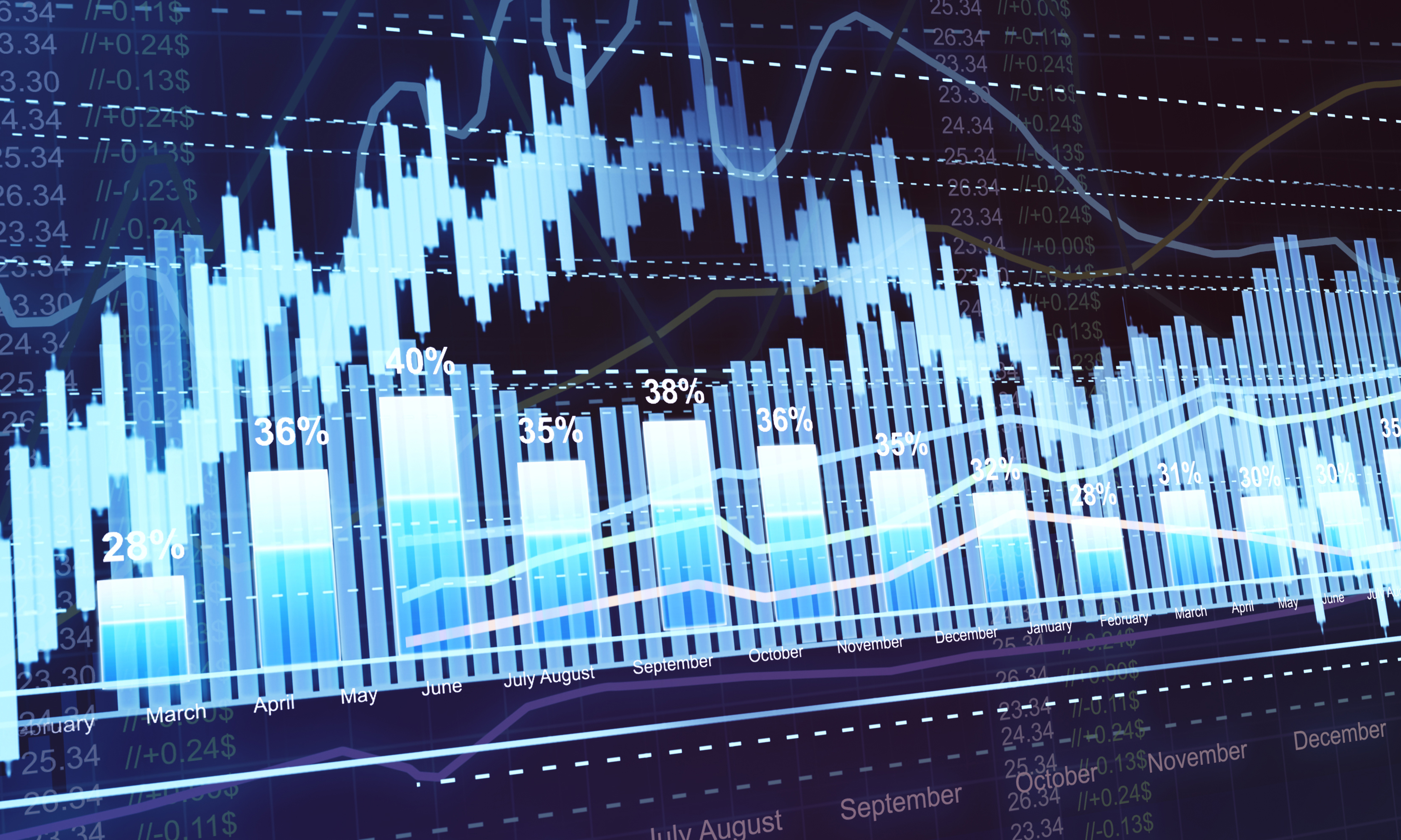 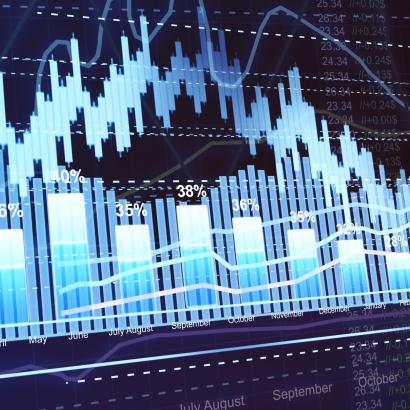 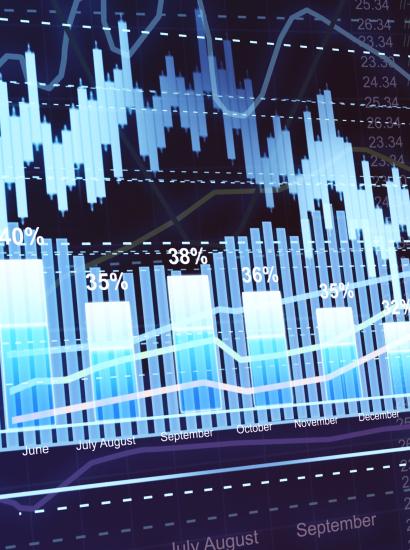 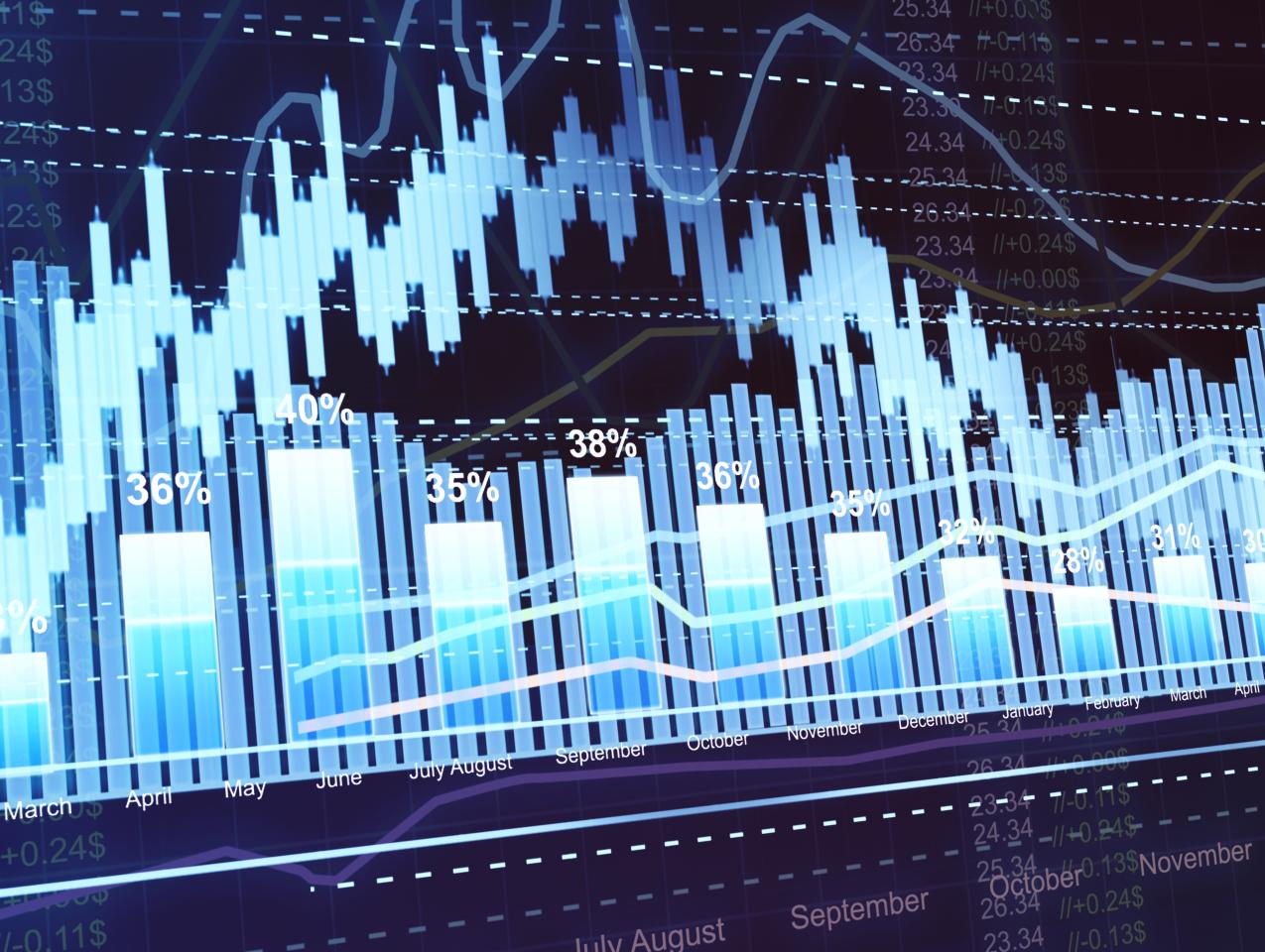 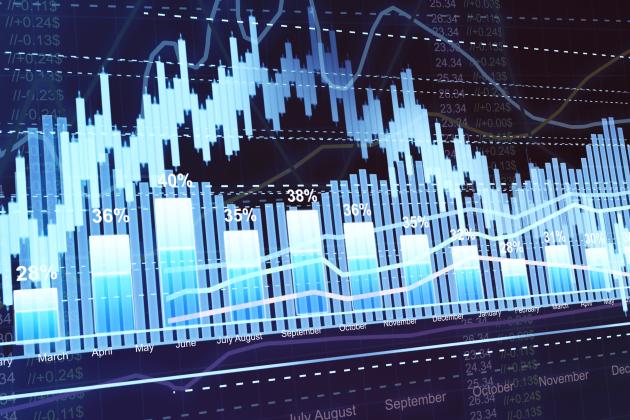 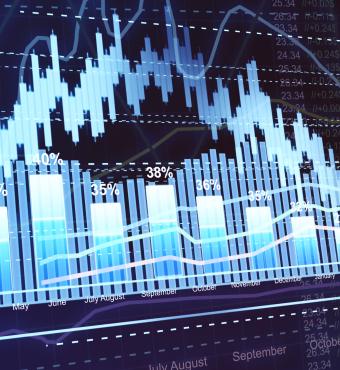 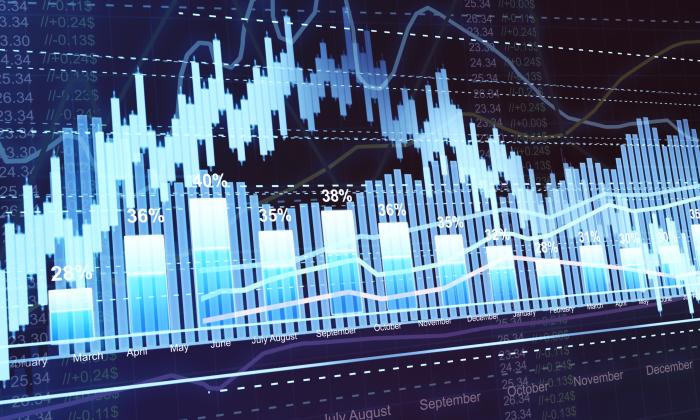 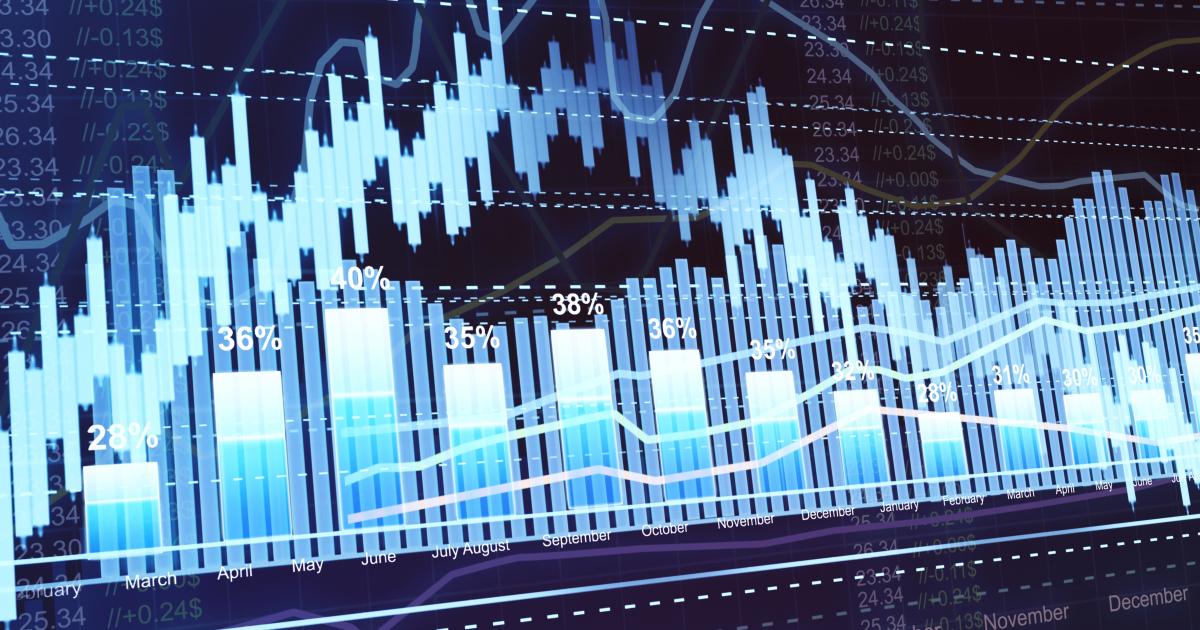 People, asked from where it came,
Would very seldom know.
They would simply eat and ask,
“Was it not always so?”

Last Saturday, I woke up at 1:45 a.m. feeling sick as a dog. I didn’t get back to sleep. I had a bad cold, a stuffed-up nose, a headache, and lots of phlegm. (I apologize if this is TMI.) When my wife woke up, she told me I should take Advil. I’m careful not to overdo drugs, and so I took only one Advil. Within an hour, I felt better, not better enough to do anything other than sleep, but better. My headache was gone.

Because I had time to reflect, I told my wife that I didn’t remember having Advil as a child. She said that was because it didn’t exist then. She was right. Ibuprofen, of which Advil is a particular brand, didn’t become available in the United States until 1974, when I was in my early twenties. That got me thinking about the huge range of high-quality cheap goods that we have available in this economy. Of course, because I’m an economist, it reminded me of what’s required for those goods to keep being made and for better ones to replace them. What we need is a fairly free economy. Virtually every government move to make that economy less free, whether by regulating, having the government take over an industry, or taxing more, will reduce our economic progress.

It’s striking to see how many people quickly get used to a good they value and take it for granted. Thus, the quote above from R. W. Grant’s poem about the incredible bread machine. People took the low-price, high-quality bread for granted: “Was it not always so?”

Economists are not exempt from this tendency. I’m not sure why. One possible reason is that it’s not “cool” to appreciate and celebrate life’s everyday treats. I’m so not cool. When I see the things we have, I want to say, “Pinch me.” Whether it’s access to Advil, the ability to listen to a song on my phone whenever I want, the fact that I’ve been to Disneyland multiple times, or the fact that I can get on an airplane and be almost anywhere in the continental United States in under eight hours by spending less than one week’s income, I still wonder at what we in America have. It’s true that I’m in the upper 10 percent of the income distribution. But that’s why I chose these examples. Most of them would apply to most people in the upper half of the income distribution and some even to people in the lower half. We’ve come a long way, baby.

Another reason people often fail to appreciate what they have is that entrepreneurs improve many items incrementally. Each incremental change is small, and few people observe such changes. But, as George Mason University economist Donald J. Boudreaux has noted, the changes on many items add up and, in total, make a huge difference. Here’s how he put it in an article titled “The Prosperity Pool”:

Sometimes, though, when we have to go without something we’re used to, its absence can make us realize just how valuable it was. I noticed this years ago, when our microwave broke down and it took us a week to get a new one. That one missing item made a large difference in my life, so large that I wrote about it.

The Significance of Consumer Surplus

Progress Is Not Automatic

Progress in our economy happens so regularly that we often assume it will continue. “Was it not always so?” But that assumption is unjustified. For progress to continue, we need a few good institutions. Among them are private property, little regulation or regulation that’s not heavily oppressive, and tax rates that are not too high, to name three.

With private property, owners decide what to do with their property and they have good incentives. If they make good decisions, the value of their assets increases, and if they make bad ones, the value of their assets falls. In each case, private individuals, whether unincorporated or as shareholders in corporations, benefit. That’s not so when government owns property. With government ownership, government officials who make good decisions on use of government property don’t make substantially larger salaries, and government officials who make bad decisions about uses of government property don’t have their salaries cut and, in many cases, don’t even lose their jobs.

One tragic case of government ownership in recent years is the government-owned water system in Jackson, Mississippi. In a March 2021 article in Mississippi Today, Anna Wolfe tells how the water system deteriorated over the years. She attributes the deterioration to “a shrinking city, aging infrastructure, and racism.” But she is a good enough reporter that, without totally seeing its significance, she lands on the real reason for the water problems, in a quote from University of Wisconsin professor Manuel Teodoro:

“The nature of local politics is that city governments will tend to neglect utilities until they break because they’re literally buried,” he [Teodoro] said. “One of the things that is a perennial challenge for governments that operate water systems is that the quality of the water system is very hard for people to observe. But the price is very easy for them to observe.”

In my own area in Monterey County, there is a move to have the local government use eminent domain to take over Cal-Am Water, the for-profit water monopoly that currently provides our water. I’m not a fan of monopoly. But at least Cal-Am has a financial incentive to deliver quality. That won’t be so if the local government gets in the business of delivering water.

For various goods and services to improve, government has to allow people to improve them. This sounds obvious, but in some industries, people must get government permission before putting products on the market. Most notorious is regulation by the Food and Drug Administration that prevents people from selling pharmaceuticals until they have shown, to the FDA’s satisfaction, that the drugs are both safe and effective. In a path-breaking study in the early 1970s, University of Chicago economist Sam Peltzman showed that the requirement for efficacy, which was added in 1962, caused more than a 50 percent reduction in the annual number of new chemical entities, i.e., new drugs.

The drug industry is probably the most extreme example. An example that’s not as extreme, but still pretty extreme, is housing. Local and state governments around the country make it difficult for builders to build more housing. This drives up rents and housing prices and is one of the major contributors to the middle-class and lower-class struggle in America.

Other economic activities face various degrees of regulation. In about eight hundred occupations in the United States, for example, one or more state governments require that those who practice get government permission. Doing so sometimes requires potential entrants into the occupation to pay substantial fees or take expensive and time-consuming special classes. According to economists Morris Kleiner of the University of Minnesota’s Humphrey School of Public Affairs and the late Alan Krueger of Princeton University, by the year 2000 at least 20 percent of the US workforce was in occupations covered by licensing, up from only 5 percent in the early 1950s.

Regulations alone will typically not cause progress to grind to a halt. But they will slow it down.

When governments tax people heavily, they hurt progress in two ways. First, with high marginal tax rates, they reduce the incentive to produce. The combined effect of the federal income tax, federal payroll taxes for Social Security (FICA) and Medicare (HI), and state income taxes is to leave many people with less than 60 cents on every dollar they earn. As a freelancer, I see this in my own life. My and my wife’s federal marginal tax rate is 24 percent, my payroll tax rate as someone who’s self-employed is 15.3 percent, and our state income tax rate is 9.3 percent. That’s an overall marginal tax rate of 48.6 percent. That sometimes causes me to say no to various freelance offers.

High taxes hurt in another way also: simply by taking our money, they leave us with less money to invest in enterprises that could produce value for consumers.

One way to see where tax rates are headed is to look at government budget deficits. The Biden administration currently predicts a 2022 federal budget deficit of $1.032 trillion and a 2023 deficit of $1.300 trillion. That means that the 2023 deficit will be about 5 percent of gross domestic product. That means that without major cuts in government spending, federal tax rates are more likely to increase than to decrease.

We should never take economic progress for granted. Moves to protect private property and privatize assets, deregulate, and cut tax rates will lead to more economic progress. Moves in the other direction will lead to less progress. Whether that is a happy conclusion or a sad one depends on where you think US economic policy is headed. I have been a longtime optimist, but the lockdowns, the burst of government spending in Donald Trump’s last year in office and Joe Biden’s first two years in office, and the explosion of regulation under Biden are sorely testing my optimism. Let’s not take the incredible bread machine, writ large, for granted.