There are powerful moral and strategic reasons to end a butcher's rule. 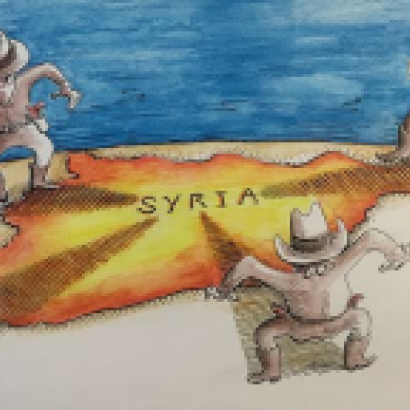 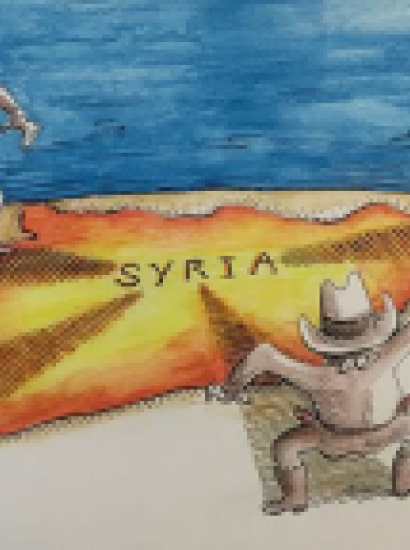 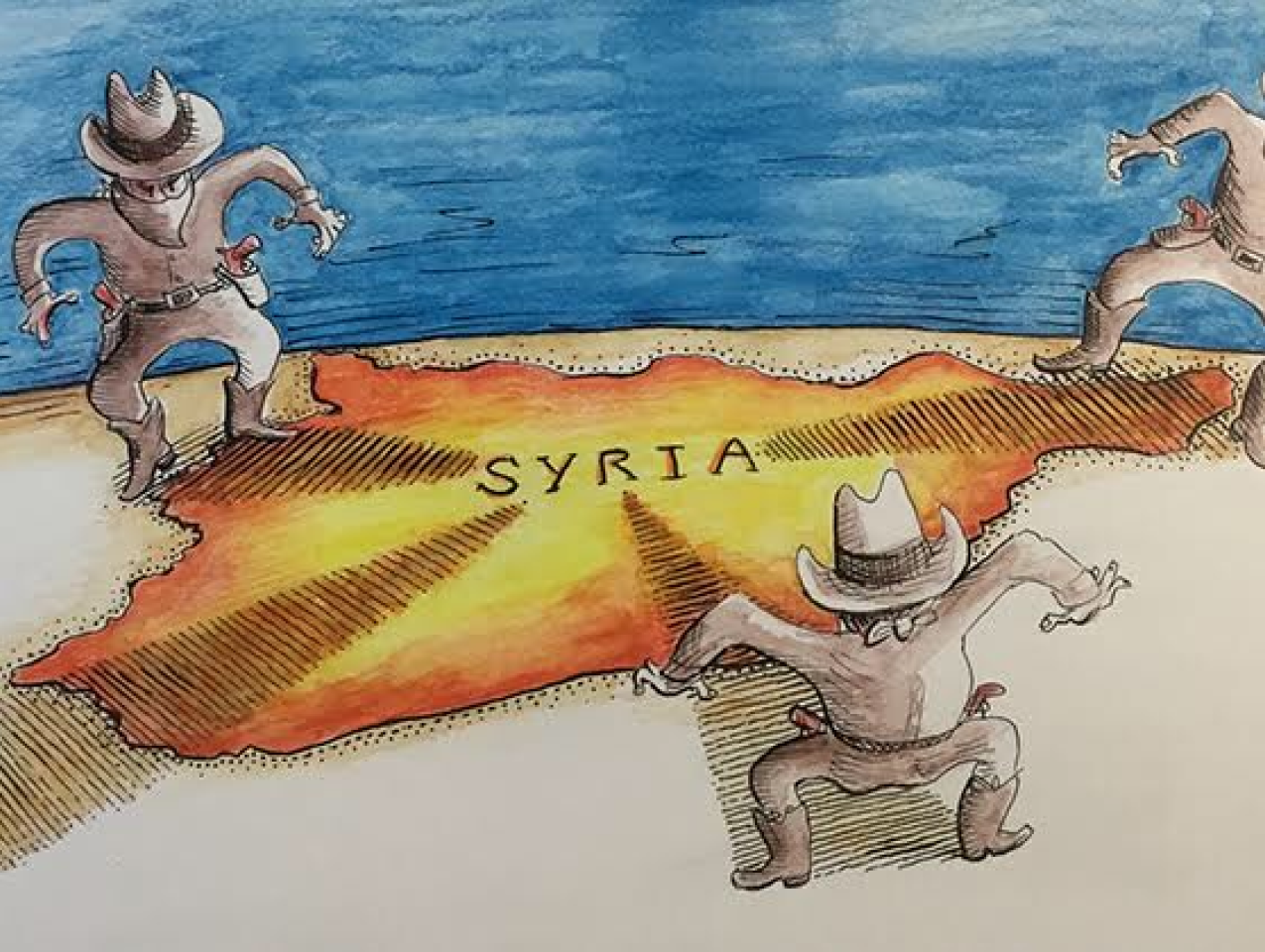 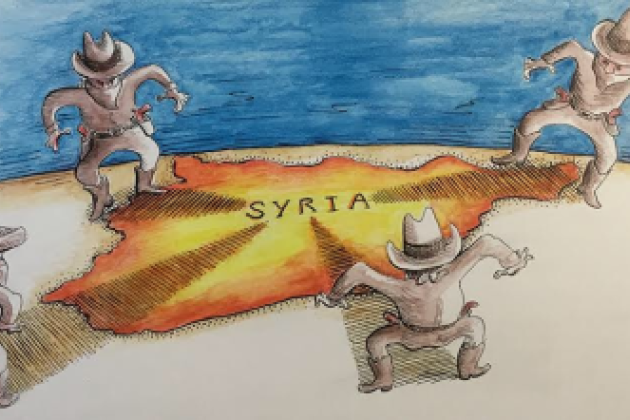 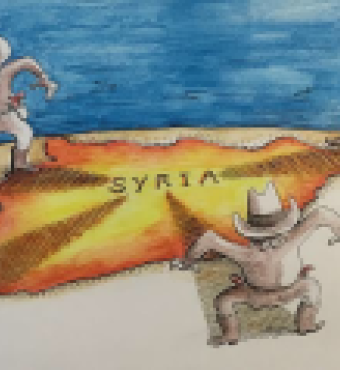 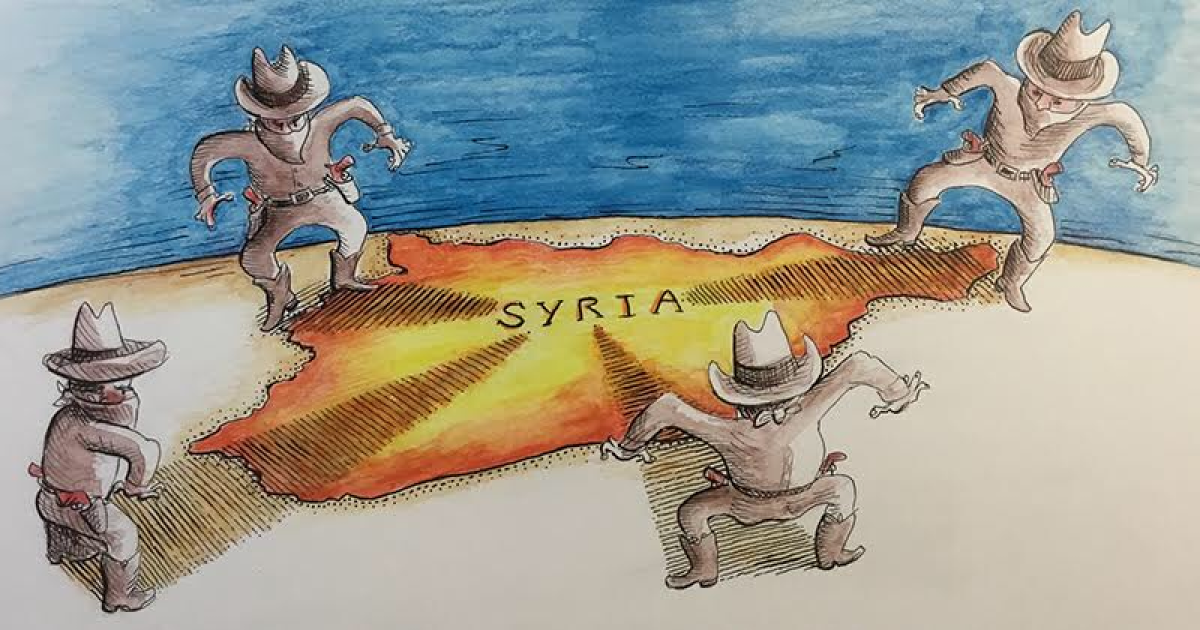 With all the optimism of the Arab Spring, the Syrian rebellion began with the belief that the people of Syria deserve better than the cruelty meted out by Assad family rule. That aspiration alone ought to be sufficient grounds to stand with the democratic forces pursuing self-determination. Yet the United States has been hesitating, a legacy of the Obama administration’s preference for tyranny in Tehran over freedom in Damascus. We should reject that sort of cynicism: not only because it is wrong to abandon the rebels pursuing a noble cause, but also because of the moral corruption we ourselves face when we dismiss even the possibility of genuine principles and bona fide ideals.

Yet one can approach Syria differently, for there is also reason aplenty to recoil on humanitarian grounds at the brute violence that Assad, backed by Tehran and Moscow, is heaping on beleaguered civilian populations. If our zeitgeist precludes embracing the idealistic “democracy agenda” of the Bush administration, we might instead evaluate Syria in terms of basic human charity and a “responsibility to protect.” The leveling of Aleppo and the onslaught on East Ghouta have elicited outcries around the world. In the long history of wars in the region, there is no comparable campaign of brutality against civilians on this scale. Pundits who shamefully equate Assad’s campaign against the population with the American war on ISIS are transparent apologists for the dictator.

The Assad axis has never been fighting ISIS. Instead, it uses the pretext of Sunni rebels, Islamist or not, real or imagined, to bomb civilians in order to continue what has been, from the start, an intentional campaign of ethnic cleansing. The Alawite minority regime is still trying to eliminate or at least reduce Syria’s Sunni majority (and the consequence of this programmatic depopulation is the “refugee crisis” in Europe). Hence the carnage in the Damascus suburb. On the long list of casualties in this devastation, one must now include the United Nations Security Council whose call for a ceasefire proved to be absolutely inconsequential: what better symbol for the demise of that institution and the rule of law in international affairs.

One might prefer to make an argument based either on political principles, supporting the democratic rebellion, or alternatively on human empathy with the victims of the regime’s violence. However, while we should not lose sight of such values, current political debate appears to have left them behind for more so-called realistic concerns. Yet even in narrowly realist terms, the United States has much at stake in winning the Syrian War. To describe these stakes means arguing in terms of American interests rather than the good of the Syrian people, which is necessarily troubling from an ethical point of view.

However, instrumentalizing Syria is hardly new. Perhaps it is the geographical destiny of a territory with the misfortune of being located between a Persian Empire, old or new, to the East, and the Mediterranean world to the West. Syria’s geopolitics are as uncomfortable as that of Poland, trapped between Germany and Russia. The most recent instance of this geographical destiny involved the Obama administration, whose reluctance to uphold international law in Syria followed from its absolute priority of a deal—any deal, or any terms—with Iran.

The administration long knew of Assad’s use of chemical weapons, but chose to do nothing. Not until the evidence could no longer be concealed did it respond to the killing, and then it would not even defend its own red line, for fear of antagonizing its wily interlocutors in Iran. Nor was it only Washington that behaved deplorably: The Europeans, supporters of the nuclear deal, were delighted to overlook the crimes in Syria, bedazzled as they were by the prospect of commercial opportunities in Iran. How else can one explain their reluctance to raise human rights concerns there, while they do so with such moralism elsewhere? For the West, Syria was only a means to an end, the pot of gold imagined in the Eldorado named Tehran.

It was that deal-making that transformed Syria from one more chance for an Arab Spring—full of hope, perhaps naïve at times, but certainly deserving of at least moral support and solidarity—into a tool for other powers to pursue their competing goals.

This is how the Syrian Rebellion, an indigenous uprising against a dictator, has been replaced by a confrontation among outside actors, testing, probing, and challenging each other. A historical comparison (with all the limits of any such comparison) would be the Spanish Civil War where, on the terrain of a local conflict, the great powers of the era tested each other’s mettle. That Spain was a gateway to a much larger war is not necessarily predictive here, but the example shows how much might be at stake, and why the United States has an interest in its outcome. As the threat of ISIS subsides, Washington has to recognize that it is effectively engaged in a barely camouflaged war with Iran and Russia, and American strategy has to factor that international aspect into its calculations. The transition in the State Department may lead to clarity on this matter.

Since the Revolution of 1979, Iran has made hostility to the United States the cornerstone of its foreign policy. It is determined to drive America out of the Middle East. Without anti-Americanism, the mullahs would have nothing to say. Despite handing Iran a sweetheart deal, the Obama administration failed to elicit any moderation from Tehran. The belief that there is anyone in the Iranian political class open to a reversal of its definitive hostility to the United States has been exposed as a delusion.

For Iran, Syria is vital as a pathway to the sea, via Lebanon, which has already fallen under Iranian domination through Hezbollah. Iranian access to the Mediterranean means the availability of shipping routes and therefore a significant advantage in minimizing the impact of American sanctions and evading some future blockade. Access to Lebanon also obviously brings Iranian military power closer to the border of U.S. ally Israel, which Iran has promised to destroy. While the Israelis are certainly able to take care of their own defense, the United States has a significant interest in blocking the Iranian land route through the Euphrates Valley while also working to pry Lebanon free from the Iranian stranglehold.

As for Russia, the other power exerting its influence in the region, after Egypt expelled its erstwhile Russian allies in 1972, Moscow’s presence in the Middle East waned for decades. The Obama policies, including the promise to withdraw from the region, ushered in Moscow’s return, as it rushed to the aid of the beleaguered Assad dictatorship. As a result, Syria has become terrain for a potentially direct confrontation between Russia and the United States, and not only for a competition between their proxies. In the fighting at Deir Ezzor in early February, between forces supporting Assad and their American-backed opponents, American airstrikes resulted in a significant number of casualties, including Russians, probably mercenaries. There are accounts that the United States deployed its advanced F-22 stealth fighters in that battle. Two weeks later, on February 24, Russia reportedly brought in its Sukhoi-57, its own fifth-generation aircraft, equal to or potentially superior to the F-22. No better evidence is needed for the claim that Syria has become a showdown between Washington and Moscow. Washington has a vested interest in winning.

Without Iran and Russia, Assad would have lost long ago. By propping him up, they have also been pursuing their own hegemonic ambitions: Iran’s route to the Mediterranean and Russia’s return to the Middle East. If the United States were to walk away from this conflict, it would be interpreted as a rout, an indication of declining American power with deleterious ramifications for our credibility around the world.

Yet one should not lose sight of the fact that the United States has a much stronger hand than either of these opponents, with their fragile economies and, in the case of Iran at least, a very restive population. The more the United States can raise the cost of the war for Moscow and Tehran, the more it can undermine their respective dictators. A visible blow to Russian forces—growing casualties or loss of aircraft—would weaken Putin’s hand at home. Simply bogging the Iranians down into a more costly war would drain resources away from domestic spending, especially if coupled with tightened sanctions.

Russia and Iran entered Syria of their own accord, but they thereby made themselves vulnerable. The United States can exploit this vulnerability, damaging its adversaries in Syria and, in turn, weakening them at home. Any blow against Assad degrades his defenders in ways that will echo in their distant capitals. Putin and the mullahs came to support Assad, but now undermining Assad can weaken Putin and the mullahs. While a realist American agenda should include ending the Assad regime in order to damage its patrons, it would simultaneously achieve the goal of the original rebellion, a Syria that provides for dignified lives for all its people.