As Russia and China rise, the days of unrivaled U.S. power are over. 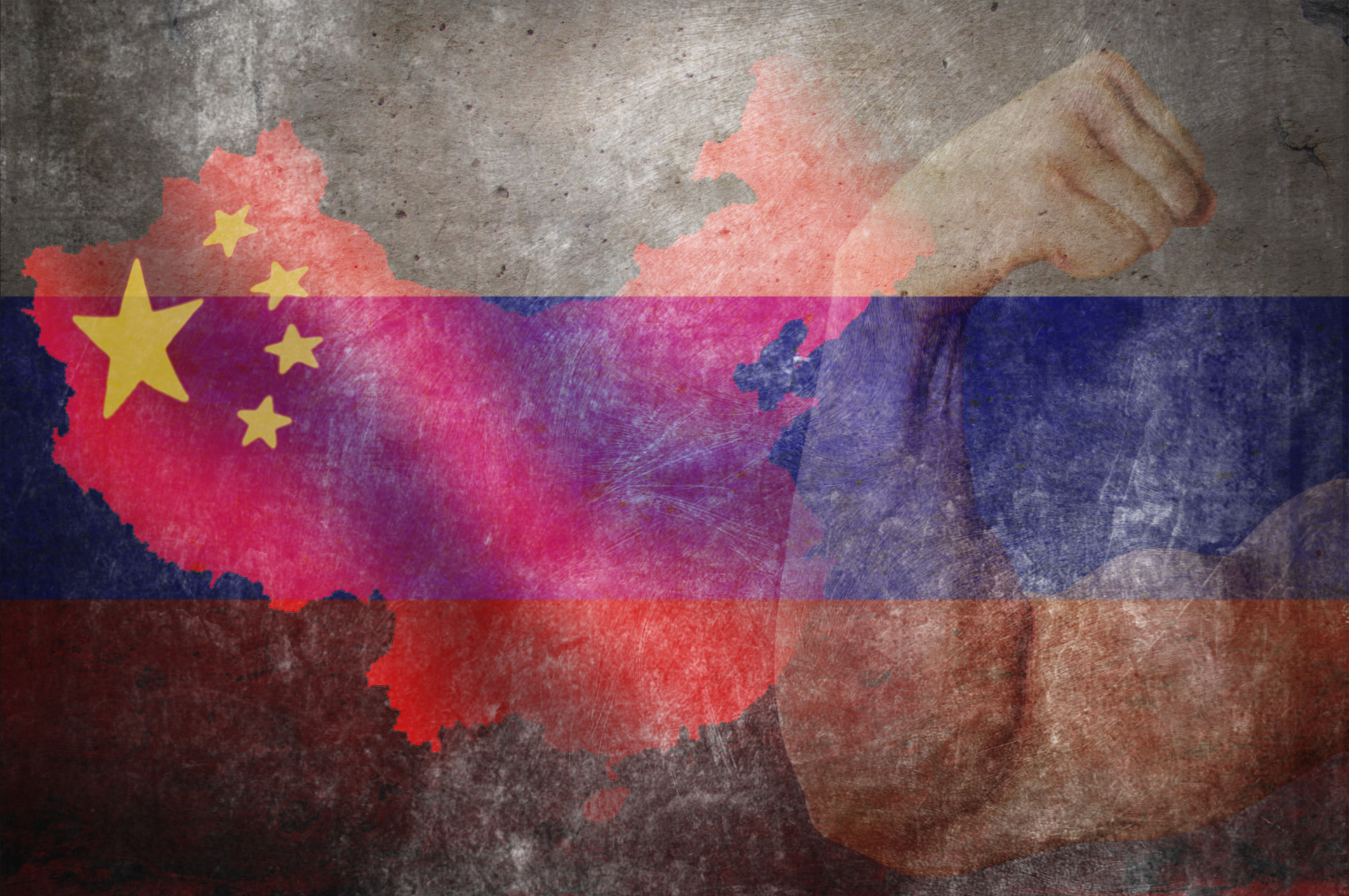 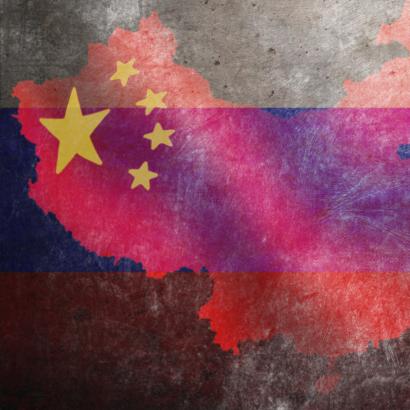 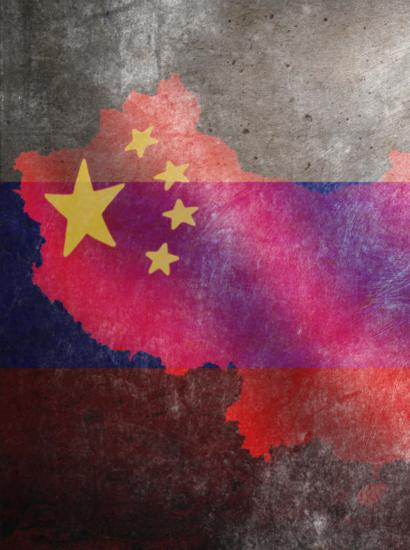 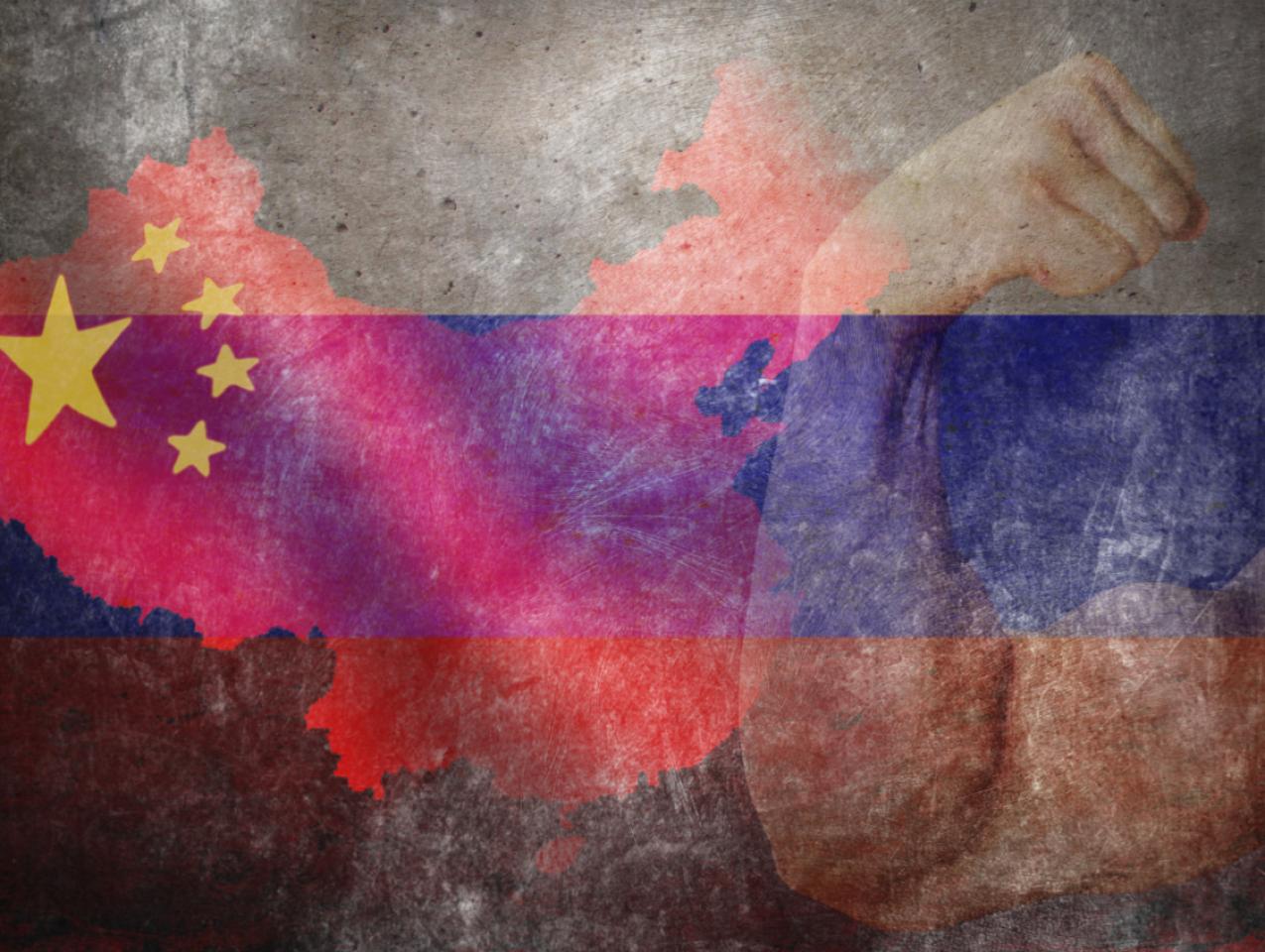 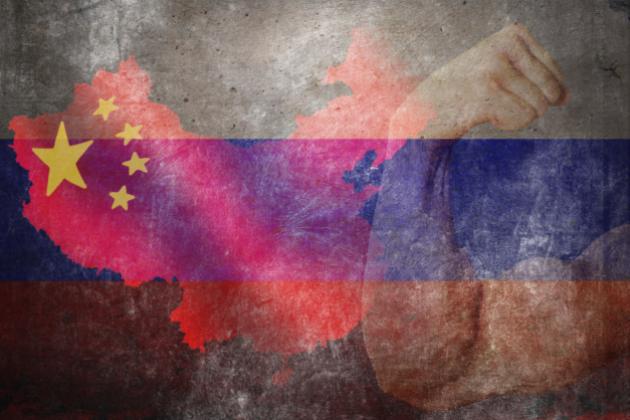 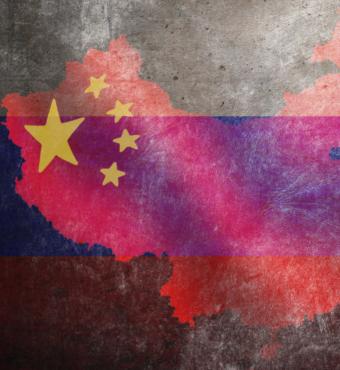 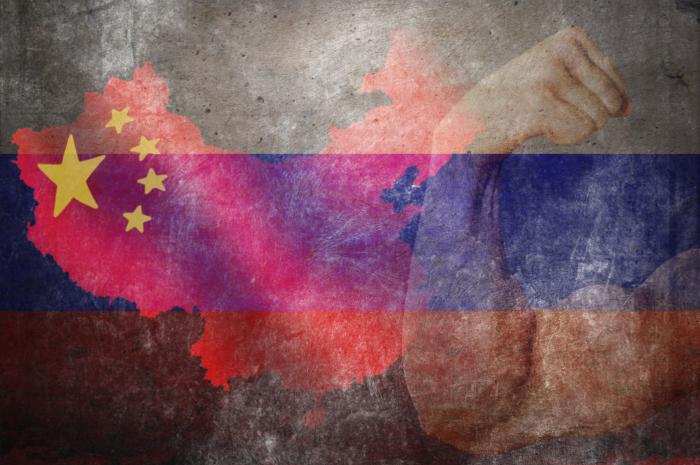 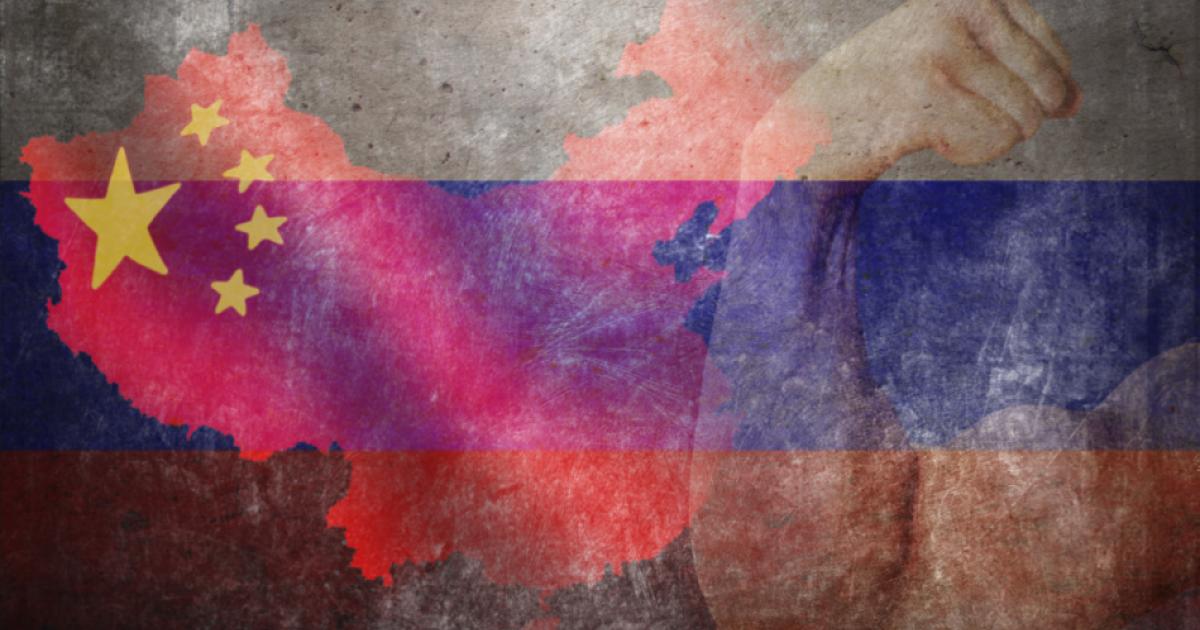 It is obvious that that our world has pivoted from the immediate post-Cold War order. Gone is yesterday’s unipolar dispensation with the United States sitting unchallenged atop other powers. It still possesses immense conventional and unconventional strength, but it is hardly unrivaled in various geographic corners. The big questions remain: What kind of global order is unfolding and how does America respond?

President Donald J. Trump’s frequent voicing of isolationist sentiments during and after the election campaign has been blamed by some critics for this international transformation. Yet he alone is not responsible for the shift. The international order has been undergoing a transformation for years, and the signs of that change began to materialize soon after Barack Obama assumed office. Trump’s move into the White House is more a consequence of this altered global scene than its cause. Obama initiated America’s international pullback with the military withdrawal from Iraq and severe cutbacks in Afghanistan, as well as blinking when Syria crossed his red line while “leading from behind.”

China’s Not So Peaceful Rise

A series of dramatic events took place in response to Obama’s growing disengagement policies, as world powers noted Washington’s burgeoning inwardness. China switched from its “peaceful rise” policy to aggressively asserting and expanding its international presence. Xi Jinping, the all-powerful Chinese leader, moved to advance Beijing’s political and military suzerainty over the South China Sea (SCS) by seizing and reconstructing the disputed shoals into artificial islands with dredged ocean sands in 2014. Next, China militarized three micro-isles of the Spratly Islands (also claimed by the Philippines, Malaysia, and Vietnam) with runways, radars, and surface-to-air missile sites—actions that broke Beijing’s earlier promise not to militarize the waterway.

Since then, Chinese officials have made it clear that the SCS is now their exclusive lake. Other states are expected to recognize China’s claims to most of the energy-rich waters, through which $5 trillion of trade passes annually, roughly half the world’s merchant fleet tonnage. China backs its assertions by modernizing the arsenals of its advanced warships, aircraft, missiles, and ground forces. Xi and company seem bent on restoring the ancient tribute system in which South Korea and Vietnam would become modern-day vassals, while more distant Asian states become supplicants in a Sinocentric sphere. In short, China has become a revisionist juggernaut.

Along with its fortifying of these artificial islands, the world’s second largest economy and military spender has emerged as an economic, political, and ideological competitor of the United States not only in Southeast Asian maritime zones but globally. China is maneuvering to set up bases or harbors in Pakistan, Sri Lanka, and Greece—and is even extending its reach to the long U.S.-allied Portuguese Azores in the mid-Atlantic.

In reaction to Beijing’s SCS actions, the Trump administration has stepped up America’s own show of force by sending warships, fighter jets, and submarines to the waters. To underline its not-too-subtle counter-signal to China, the United States also test-fired four Trident II submarine-launched ballistic missiles over 4,000 miles into the Pacific Ocean from the California coast last month, the first four-missile salvo in the post-Soviet era. The western Pacific is becoming a tinderbox.

At the other end of the Asian continent, Russia longs to restore its lost prestige and political influence, forfeited with the breakup of the Soviet Union in 1991. Under Vladimir Putin, Russian forces backed the seizure of Crimea from Ukraine before taking over its eastern borderlands. Earlier, Moscow perfected its “frozen war” tactics against two provinces in the Republic of Georgia, thereby yanking them from Georgian sovereignty. Russia’s bullying and intimidation of its Baltic and Eastern European neighbors have become commonplace. Meanwhile, the Russian foreign minister, Sergei Lavrov, called for “a post-West world” at the Munich Security Conference in mid-February.

What China and Russia have in common is that both are engaged in advancing their spheres of influence in their neighborhoods and beyond. Both also seek to crack the Western liberal world order. The United States, meanwhile, has become blasé about its former leadership position in the Western hemisphere, where China’s companies have entered into business deals, some with strategic implications. Washington, without a hint of nostalgia, treats the Monroe Doctrine as a relic of yesteryear’s Yankee imperialism in Latin America.

These newly assertive major powers are not alone in shattering the post-Cold War order, which witnessed the unrivaled predominance of the United States—the “indispensable nation,” in the words of the Clinton administration. Trouble-making regional powers, such as Iran, Syria, and North Korea either spread terrorism, provoke instability, or arm themselves with longer-range missiles and nuclear weapons. While they were independent actors a few years ago, each of these pariah regimes increasingly aligns with the two chief U.S. adversaries. Iran and Syria cozy up to Russia, and North Korea depends for fuel and food on a China that hypocritically protests that it lacks influence over a nuclear-armed Pyongyang.

Western Europe, once a powerful but independently minded U.S. ally, has faltered. Its slippage is evident in the refugee crisis, its sagging economies, its 20 percent youth unemployment rate, and its reluctance to fund an adequate military defense in the face of Russia’s continuing provocations, including cyber-attacks, disinformation campaigns, and fake news stories. Europe’s paltry defense reflects the continent’s lost belief in its own purpose—and even, some might say, its own civilization.

Little of this threatening world existed when the United States enjoyed its unipolar moment after the eclipse of its Soviet nemesis, and even after the 9/11 terrorist attacks. The emergent world, divided between the United States, China, and Russia, points to the new global order. Particularly worrisome are the warming relations between Beijing and Moscow, despite Chinese designs on Siberian lands and resources. Overcoming a centuries-old rivalry, the recent Sino-Russian rapprochement compounds Washington’s difficulties.

Separating Russia from China, as Kissinger and Nixon did, would be a sensible goal for President Trump. It has always been a wise recourse to divide one’s adversaries. Besides, the United States and Russia have worked together in the past. During the World War II, they collaborated against the Third Reich. And during the Cold War, they cooperated in nuclear arms treaties and wheat deals, while mutually trying to skirt a flashpoint that could end in a nuclear war. Washington can work to steer the Kremlin, as it has done before, toward acceptable conduct with its neighbors before Russia can be more than a tactical ally in the great game with China. In the immediate future, the United States can adopt international and domestic approaches to cope with Russian and Chinese territorial expansionism.

The tensions stoked by the assertive regimes in the Kremlin or Tiananmen Square could spark a political or military incident that might set off a chain reaction leading to a large-scale war. Historically, powerful rivalries nearly always lead to at least skirmishes, if not a full-blown war. The anomalous Cold War era spared the United States and Soviet Russia a direct conflict, largely from concerns that one would trigger a nuclear exchange destroying both states and much of the world. Such a repetition might reoccur in the unfolding three-cornered geopolitical world. It seems safe to acknowledge that an ascendant China and a resurgent Russia will persist in their geo-strategic ambitions.

What Is To Be Done?

The first marching order is to dodge any kind of perpetual war of the sort that George Orwell outlined in  “1984,” which engulfed the three super states of Eastasia, Eurasia, and Oceania, and made possible the totalitarian Big Brother regime. A long-running Cold War-type confrontation would almost certainly take another form than the one that ran from 1945 until the downfall of the Soviet Union.

What prescriptions can be offered in the face of the escalating competition among the three global powers? First, by staying militarily and economically strong, the United States will have the resources to deter its peers’ hawkish behavior that might otherwise trigger a major conflict. Judging by the history of the Cold War, the coming strategic chess match with Russia and China will prove tense and demanding—since all the countries boast nuclear arms and long-range ballistic missiles. Next, the United States should widen and sustain willing coalitions of partners, something at which America excels, and at which China and Russia fail conspicuously.

There can be little room for error in fraught crises among nuclear-weaponized and hostile powers. Short- and long-term standoffs are likely, as they were during the Cold War. Thus, the playbook, in part, involves a waiting game in which each power looks to its rivals to suffer grievous internal problems which could entail a collapse, as happened to the Soviet Union.

Some Chinese and Russian experts predict grave domestic problems for each other. They also entertain similar thoughts about the United States, which they view as terminally decadent and catastrophically polarized over politics, ethnicity, and the future direction of the country. So, the brewing three-way struggle also involves a systemic contest, which will test the competitors’ economic and political institutions.

At this juncture, the world is entering a standoff among the three great and several not-so-great powers. Averting war, while defending our interests, will prove a challenge, calling for deft policy, political endurance, and economic growth, as well as sufficient military force to keep at bay aggressive states or prevail over them if ever a war breaks out.