Did the Boumediene decision represent a victory for separation of powers? Hardly, despite what the Supreme Court majority claimed. Instead, it was judicial overreach. By Peter Berkowitz. 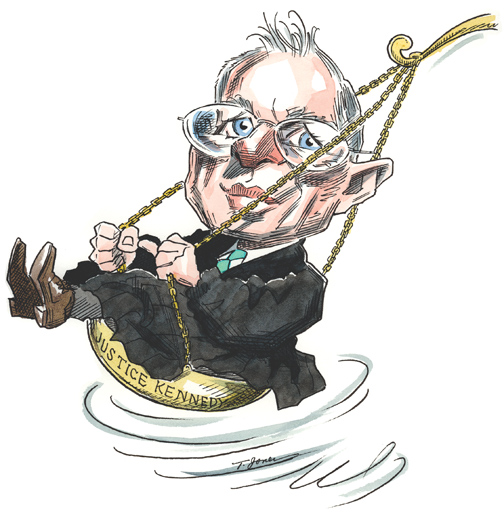 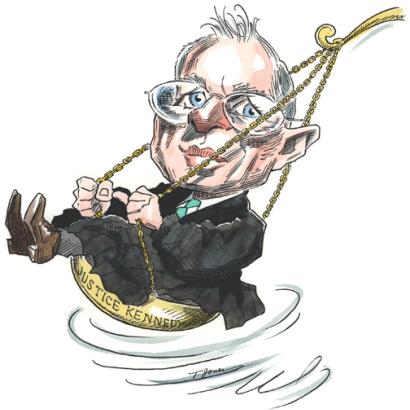 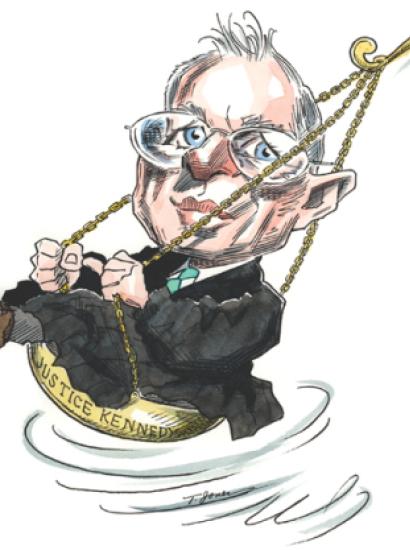 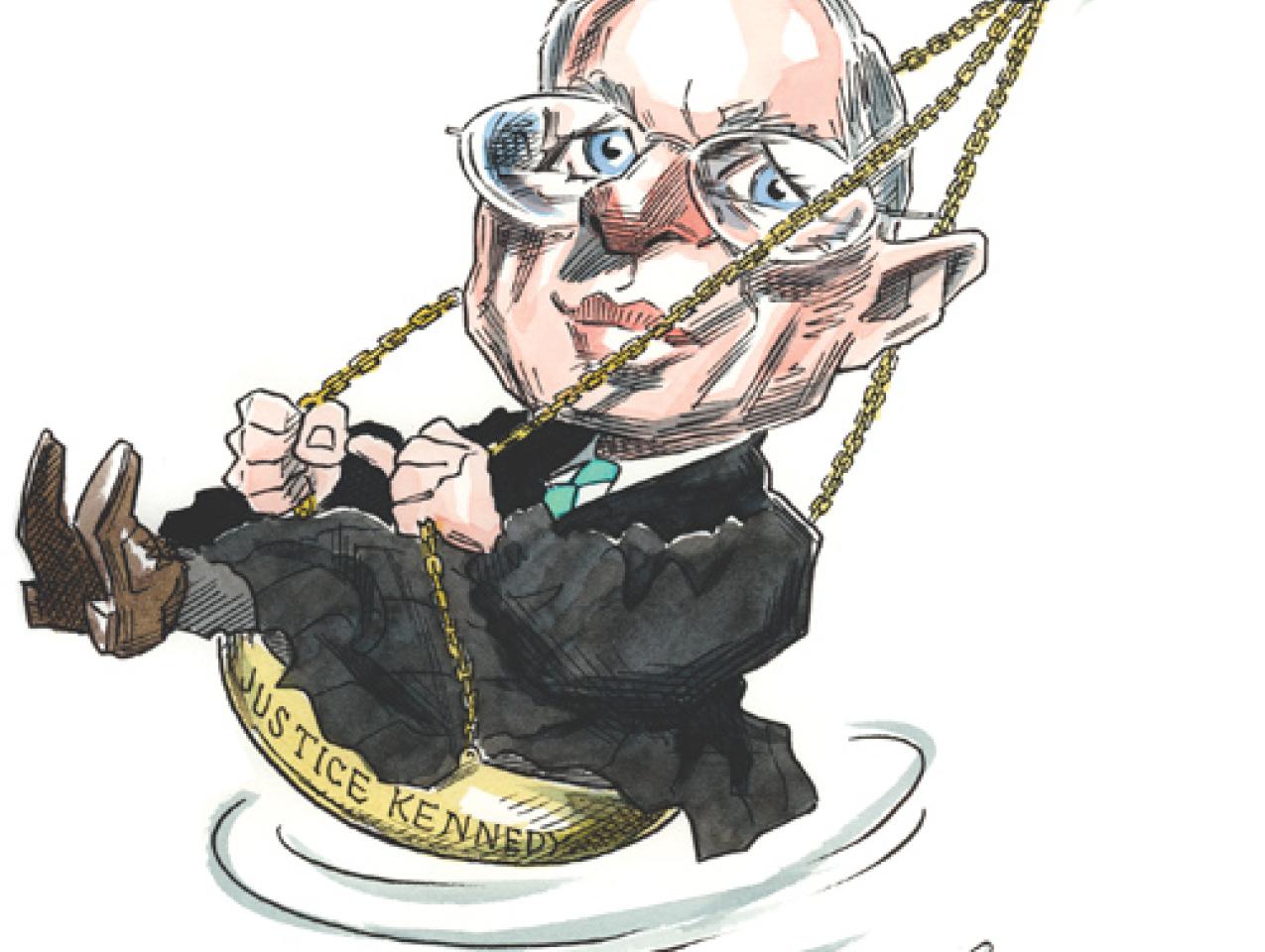 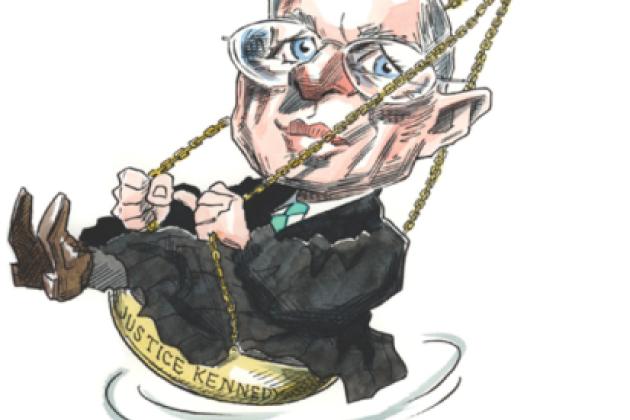 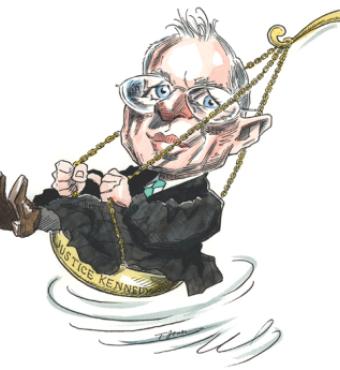 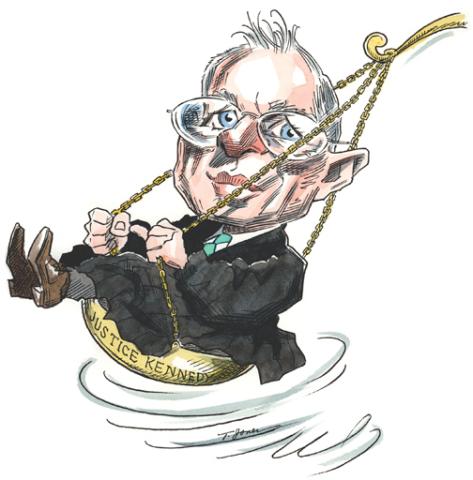 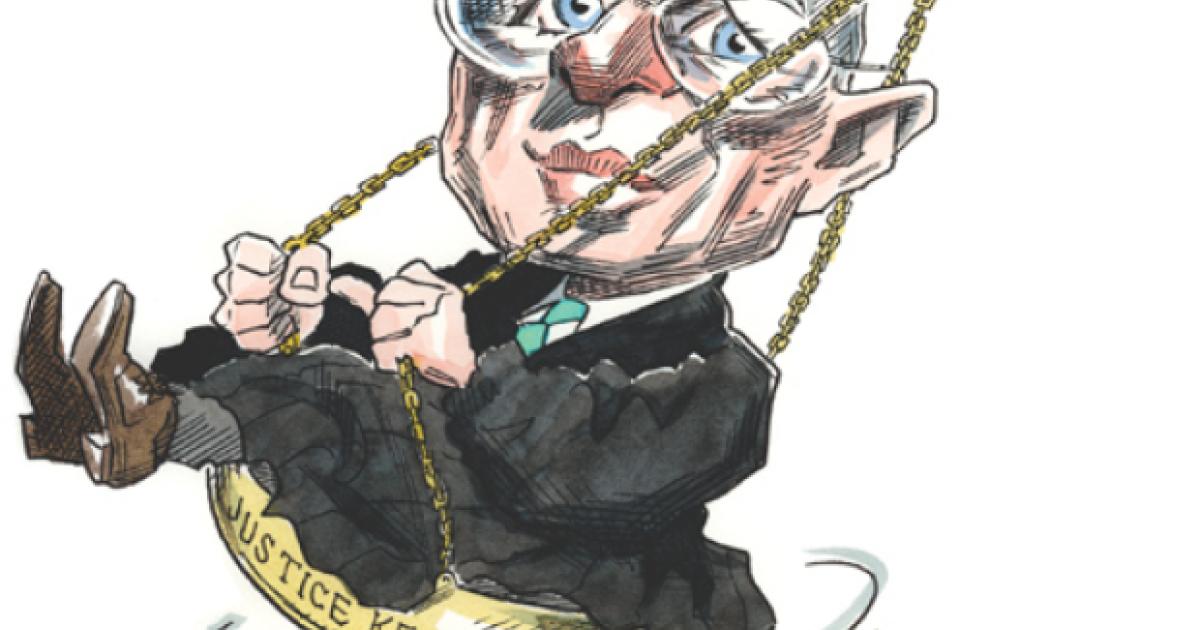 The Supreme Court has decided that foreign nationals captured overseas and detained abroad as enemy combatants have a constitutional privilege to challenge their detentions in U.S. civilian courts. Lost in the controversy over Justice Anthony Kennedy’s 5–4 opinion in Boumediene v. Bush is the majority’s remarkable contention that it was compelled by “fundamental separation-of-powers principles.”

Kennedy’s opinion—joined by Justices Stevens, Souter, Ginsburg, and Breyer—may be many things: a foreseeable continuation of the court’s expansion of alien-enemy-combatant rights in Rasul v. Bush (2004) and Hamdan v. Rumsfeld (2006); a bold affirmation of the justices’ sincere beliefs about the requirements that flow from American moral values; or an authoritative sign to the world that the Supreme Court will zealously enforce human rights against executive overreach even in areas such as foreign and military affairs where traditionally it has been most deferential to executive power. But a vindication of separation-of-powers principles it is not.

The separation-of-powers system aims to make government more accountable and liberty more secure by separating the legislative, executive, and judicial powers and thereby preventing excessive concentration of power in any one branch. It presupposes judges who appreciate the limits on the judiciary’s power to strike down acts of Congress imposed by the text and structure of the Constitution, the history that gives meaning to the Constitution’s provisions, the actual operation of relevant government institutions, and the precedents through which the Supreme Court interprets the Constitution and elaborates the law.

Yet in Boumediene, the court arrogated power to the judicial branch, twisted history, ignored or misrepresented judicial procedures put in place at its suggestion by the joint labors of Congress and the president, and deformed controlling precedents. Whatever benefits Boumediene will confer on some enemy combatants in the short term—and it is debatable that it will better protect their liberty interests, given the decision’s short-circuiting of the process for challenging detentions currently in use and the multiple layers of new process detainees will now have to navigate—the decision will leave the nation’s liberty less secure in the long term by weakening the very principles it purports to vindicate.

At issue in Boumediene is how far the time-honored privilege of the writ of habeas corpus, the procedure by which prisoners challenge in court the grounds of their detention, reaches. Kennedy rightly argued that the framers “deemed the writ to be an essential mechanism in the separationof- powers scheme.” Yet separation of powers is a two-way street: the court must not only enforce constitutional rights against the other branches but also refrain from usurping the policy-making prerogatives of the political branches. And constitutional text and structure, relevant history, the practices under scrutiny, and the leading precedent left the court with little warrant for extending the privileges to detainees at Guantánamo, who are held in territory over which, it is undisputed, the United States is not legally sovereign.

The text of the Constitution does not support the majority. Article 1, Section 9 states, “The privilege of the writ of habeas corpus shall not be suspended, unless when in cases of rebellion or invasion the public safety may require it.” As Justice Scalia points out in dissent—joined by Justices Thomas and Alito and Chief Justice Roberts—the Constitution authorizes exceptions in times of domestic crisis, which implies that the privilege was understood to be limited to the nation’s territory. For surely a war fought on foreign soil creates crises as dire as rebellion or invasion, but the framers saw no need to carve out an exception in the event.

Whatever debatable benefits Boumediene will confer on some enemy combatants in the short term, the decision will leave the nation’s liberty less secure in the long term by weakening the principles it purports to vindicate.

Nor does constitutional history provide grounds for extending the privilege of habeas review to aliens captured and held abroad as enemy combatants. Despite an extensive survey of centuries of English common law and of American law at the time of the founding, the majority was unable to discover a single example of a court that held that such aliens possess the privilege. Nor, contrary to Kennedy, is the majority’s position bolstered by noting the absence of cases in which a court denied the privilege to aliens held abroad. Common law history is inconclusive, and thus the court was obliged by its long-standing principles of constitutional interpretation to defer to the political branches’ view: for foreign nationals, the writ of habeas corpus accompanies U.S. sovereignty.

The strength of the procedural protections already available to detainees also undermines the majority. In dissent—joined by Scalia, Thomas, and Alito—Roberts showed that Congress and the president have provided Guantánamo detainees with unprecedented process. Detainees can hear charges against them, challenge the grounds of their detentions before a Combatant Status Review Tribunal, and appeal unfavorable results to the District of Columbia Circuit Court. There, they can challenge both the factual and the legal grounds of their detention and, if appropriate, secure release. In place of the processes constructed by the political branches to balance security and liberty, the court has ordered federal judges, who are far less well equipped than Congress and the president to understand the intricacies and imperatives of national security, to design new ones. According to the very separation-of-powers principles Kennedy invokes, it is Congress’s job to craft legislation and the president’s job to sign good bills into law.

Finally, Johnson v. Eisentrager, the crucial 1950 precedent on which the majority relies, cannot reasonably be read to support the majority’s holding. Eisentrager clearly declares that alien enemy combatants captured and detained abroad do not qualify for habeas review. It takes a special audacity for five justices, invoking separation-of-powers principles, to take a court decision that affirms a bright-line distinction between the sovereign United States and foreign territory and fashion from it a test measuring degrees of U.S. legal control over foreign territories. 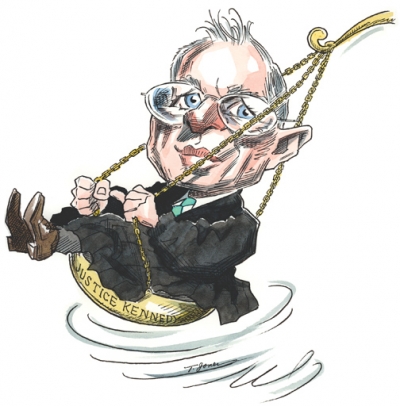 To be sure, in addressing the novel and difficult legal questions presented by the Guantánamo Bay detainees—who, the Bush administration believes, waged war against the United States but as terrorists are ineligible for POW protections—the administration has exaggerated executive authority and failed to persuade Congress to take seriously its responsibility to craft laws for the challenges of jihadist terrorism. Congress and the president can and should improve review procedures.

Separation of powers is a two-way street. The court must not only enforce constitutional rights against the other branches but also refrain from usurping their policy-making prerogatives.

But the route taken by the Supreme Court is the wrong one. The majority not only betrayed separation-of-powers principles but, more corrosive still, did so under the guise of vindicating them. If only the justices in the majority had taken seriously Kennedy’s lofty pronouncement: “The laws and Constitution are designed to survive, and remain in force, in extraordinary times. Liberty and security can be reconciled; and in our system they are reconciled within the framework of the law.” But in reality the majority warped the law because, in its judgment, Congress and the president had been extraordinarily derelict or inept in providing procedural protections to alien enemy combatants held abroad.

The court has sent a message to bench and bar, to law professors and law students, that to correct the political branches, judges are authorized under the Constitution to do violence to the law and the facts.

Available from the Hoover Press is The Future of American Intelligence, edited by Peter Berkowitz. To order, call 800.935.2882 or visit www.hooverpress.org.