Trump is reasserting America’s strength on the world stage. 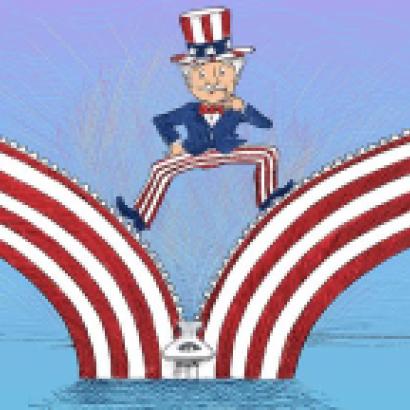 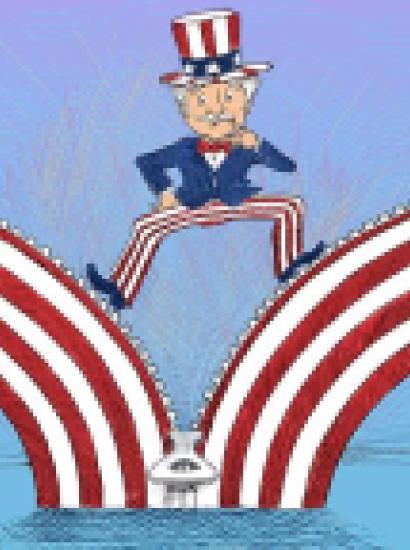 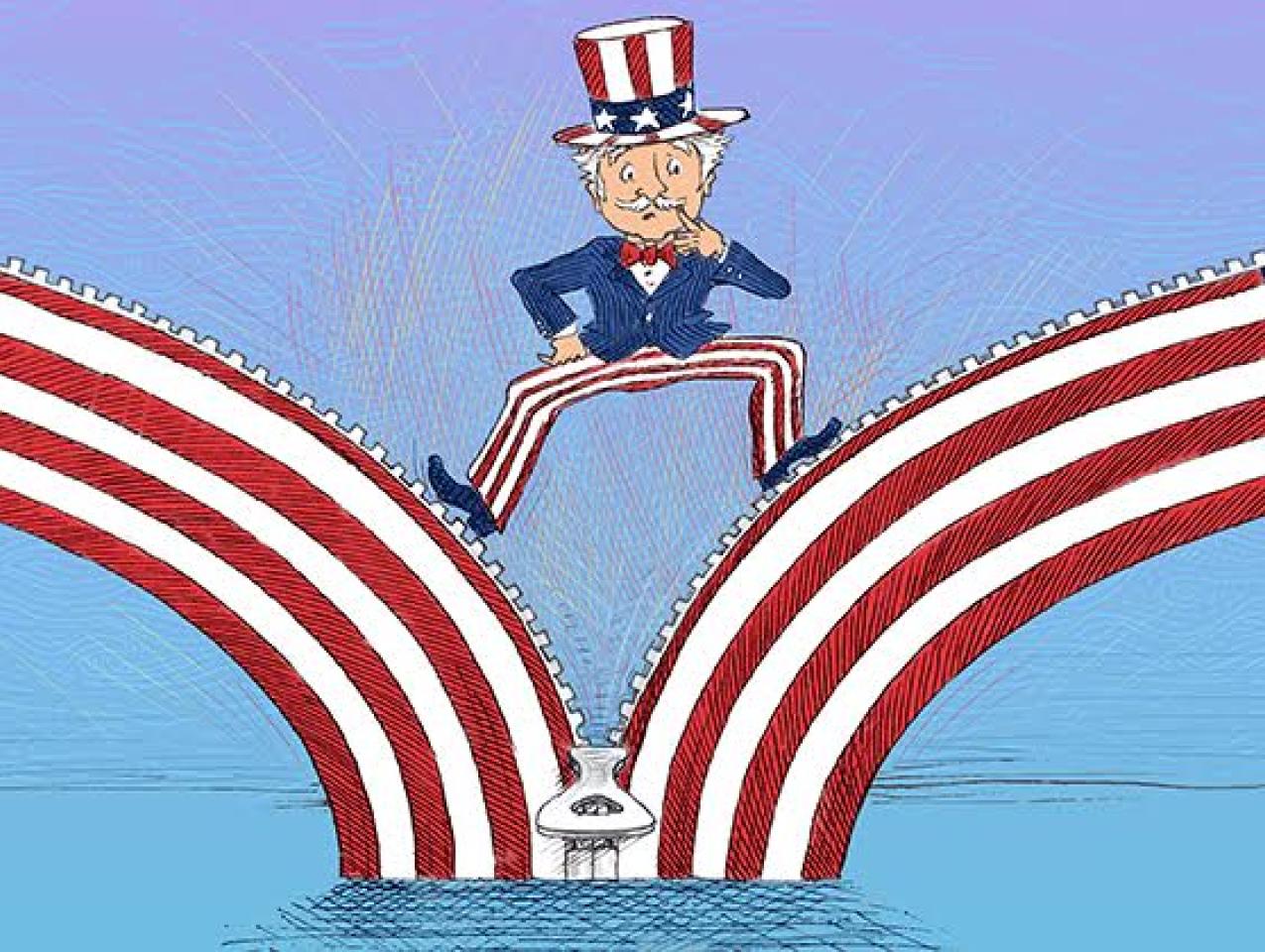 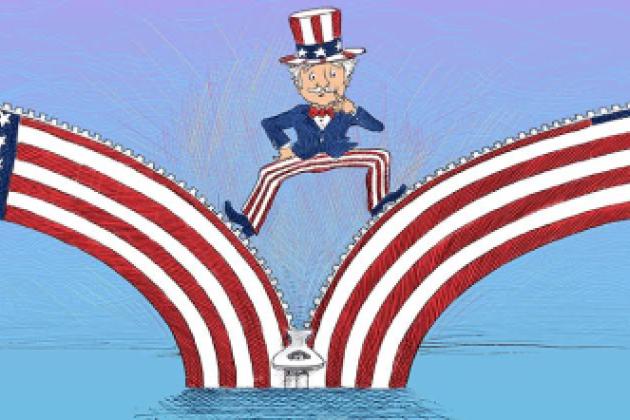 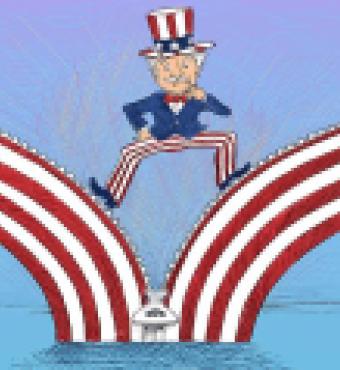 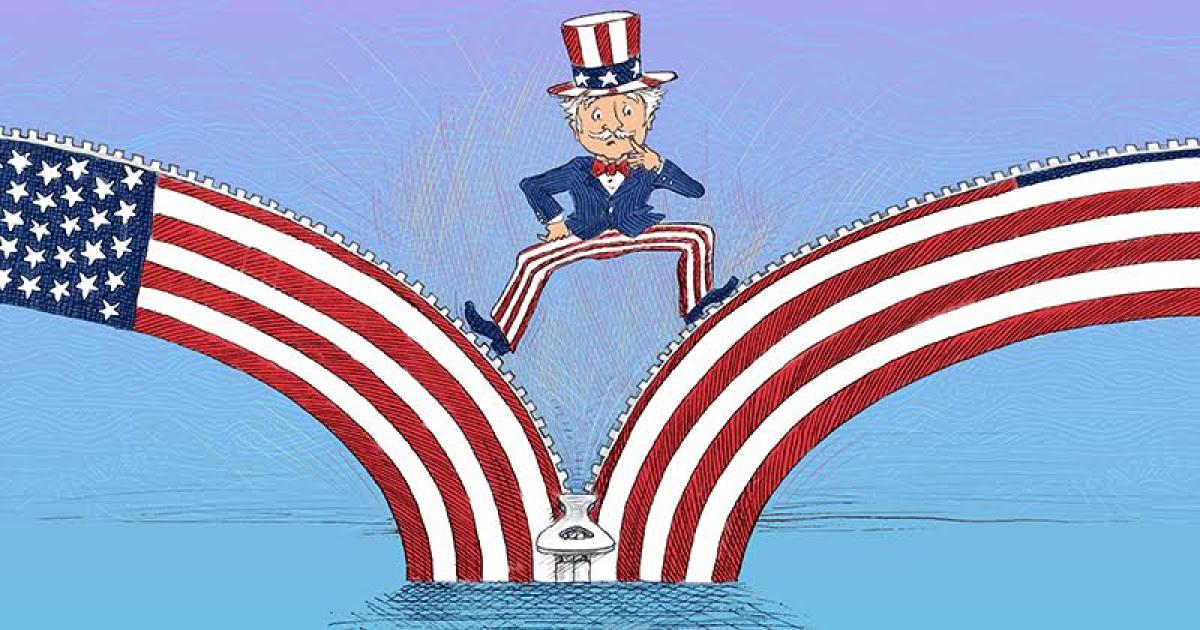 In April, President Trump took three actions to radically reset the course of American foreign policy. In response to Syrian president Bashar al Assad’s use of sarin gas, Trump had the air-field from which the attack originated bombed. To counter North Korea’s threats and continuing testing of intercontinental missiles, he ordered the aircraft carrier Carl Vinson and its accompanying strike group to deploy closer to the Korean peninsula. And he gave military commanders leeway to drop the largest non-nuclear bomb in our arsenal, the Massive Ordnance Air Burst, colloquially known as the “Mother of All Bombs,” on an ISIS tunnel-and-caves complex on the Afghan border, killing about 100 jihadists.

These bold moves alerted the world that the days of America “leading from behind” are at an end. And they have achieved something important for every foreign policy no matter its ideological compass: restoring our country’s damaged prestige.

Whether we call it “credibility” or “deterrence,” prestige involves the old concept of “honor” that Thucydides recognized as one of three major causes of conflict, the other two being “fear” and “interest.” The subsequent 2,400 years of military philosophy have not improved on the Athenian historian’s catalogue. “Fear” and “interest” are more familiar to us, for we too make national security and interests our foreign policy goals. But “honor” often strikes us a concept from a bygone age, one we rational moderns have progressed beyond. But as the classical military historian Donald Kagan has written, “Arguments about morality and ideology involve what Thucydides called honor, and nations from antiquity to our own world cannot ignore it.”

Prestige is like honor in that it refers to the perception other countries have of a nation’s worth or value, and the respect it is due. This estimation of worthiness determines other states’ behavior. If a nation consistently rewards friends, punishes enemies, and matches its words to its deeds, enemies and rivals will honor it as a faithful ally and a fearsome foe. This perception of resolve and loyalty in turn acts a force multiplier, inasmuch as when enemies believe that a country will use its military power, often it won’t have to; the fear of a country’s willingness to act decisively can deter aggression. As Virgil writes in the Aeneid, “They have power because they seem to have power.” Likewise, if a rival or an enemy perceives that a country is unwilling to use its power to defend its interests and security, it will seek opportunities to achieve its aims at a country’s expense, inciting others to do the same.

A people’s morale, their confidence and zeal in countering threats and attacks, is part of prestige. When a nation believes in its way of life, honors in action its principles and values, and is proud of its achievements, its citizens are more apt to defend their prestige against those who would challenge or attempt to destroy them. As Napoleon said, morale is three times more important than physical factors in winning a battle. The willingness to fight, the confidence in victory, and the assurance that your side morally deserves to win are more crucial than superiority in material resources. Countering aggression by defending prestige requires morale to overcome the fear of unforeseen consequences, the cost in lives and resources, or the risk of an escalation into full-blown war.

History provides a large catalogue of conflicts precipitated by an aggressor who disdained a rival’s prestige and judged that its people had lost their morale. The two decades between the world wars is a record of incremental aggression by the Axis powers that was left unpunished by the more powerful Allies. The infamous Munich Conference of 1938, of course, remains the supreme example of appeasement that damaged the already weakened prestige of England and France and led to the catastrophe of World War II.

But even before then, the pattern had been set. When Mussolini invaded Ethiopia in 1935, the lack of any significant response from Britain and France emboldened Adolf Hitler to remilitarize the Rhineland in 1936, contrary to the provisions of the Versailles Treaty, and despite nearly a hundred French divisions on or near Germany’s border. The Allies’ failure to respond to Germany’s recovery of the Rhineland, its historical base for invading France, invited Hitler’s next act of aggression, the annexation of Austria in March 1938. The Führer made explicit that his disdain for France’s and England’s failure to act freed him to make the move. When a month earlier, Austrian Chancellor Kurt von Schuschnigg had alluded to the Allies’ support, Hitler responded, “England will not lift a finger,” and said of France, “When we marched into the Rhineland with a handful of battalions––at that moment I risked a great deal. If France had marched, then we should have been forced to withdraw . . . but for France it is now too late.” As indeed it was, for in a little more than two years the Germans invaded France and defeated it in six weeks.

Clearly, neither Hitler nor Mussolini respected England and France despite their overwhelming military superiority. To Hitler, they were the “little worms,” as he said before he invaded Poland.

Something similar—though less dramatic—happened in America’s postwar history. After the United States abandoned South Vietnam in 1975, our country’s damaged prestige invited aggression. In November 1979, Iran kidnapped our diplomatic personnel, a dishonor of both our country and international law. A month later, the Soviet Union invaded Afghanistan, unmoved by our warnings. Ronald Reagan restored American prestige by rebuilding our military and resisting Soviet adventurism in El Salvador, Congo, and Grenada. But his failure to punish the truck bombing that killed 241 of our troops in Beirut energized the growing jihadist movements that metastasized over the following decades. His successor George H.W. Bush gained the world’s respect when he drove Saddam Hussein out of Kuwait. But he left Hussein in power and did not punish his slaughter of his Shiite enemies, which damaged our prestige in the region as a reliable ally. And Bill Clinton neglected al Qaeda’s serial terrorist attacks during the 1990s—which culminated in the worst attack on our homeland in history on September 11, 2001.

George W. Bush’s wars in Afghanistan and Iraq briefly restored our status in the region as the hegemonic power, but antiwar sentiment at home and the ill-advised attempt to democratize both countries led to setbacks that, though corrected by counter-insurgency tactics, eventually damaged America’s morale and contributed to the election of Barack Obama. The climax came when Obama abandoned Iraq, creating a vacuum now filled by Russia and Iran. Similarly, Russia’s aggression in Crimea, Ukraine, and now Syria was in part energized by Obama’s eager desire for a “reset” in relations with Russia and his promise to Putin of “flexibility” on missile defense after his reelection. And Obama’s failure to enforce his “red line” regarding Assad’s use of chemical weapons encouraged the dictator and his Russian and Iranian sponsors to continue the brutal war with aerial bombings of civilians that included the use of chemical weapons.

It doesn’t matter if there were rational calculations of political or national interest behind all these decisions. Such calculations are irrelevant to our enemies, who interpreted our actions as reflections of weakness and low morale, which in turn damaged our prestige and spurred their aggression. We may find such thinking irrational or even pre-modern. As former Secretary of State John Kerry said of Putin’s invasion of Ukraine: “You just don’t in the 21st century behave in 19th century fashion by invading another country on [a] completely trumped up pretext.” But most leaders do not think as ours do, or determine their behavior on the basis of reason or material calculations.

Ancient notions of honor and prestige, as well as material interests like control of territory or resources, continue to drive aggression. Much of modern jihadism is spurred by the profound sense of dishonor that Islam has suffered since the decline of its power and the increase of the infidel West’s. That the peoples who, for a thousand years, trembled at the approach of Allah’s armies now dominate a world destined for Muslims, “the best of nations,” as the Koran says, remains a painful grievance. And the perception of our hedonism and weakness, our “foundations of straw” as Osama bin Laden said, convinces the jihadists that despite our overwhelmingly superior military and economic power, Muslims can restore through violence that lost glory and global preeminence. As bin Laden preached to his warriors, “Target those foundations and focus on their weakest points which, even if you strike only one-tenth of them, then the whole edifice will totter and sway, and relinquish its unjust leadership of the world.”

We may find such beliefs preposterous bluster and doomed to failure in a high-tech world of smart bombs and satellites. But unless we persist in restoring our prestige with mind-concentrating force, these perceptions will continue to motivate our enemies, damage our national interests, and cost American lives.