Proposition 13 Revisited: Is California Looking At Howard’s (Jarvis) End In 2020?

Here are three clichés that surface in California policy discussions:

Cliché no. 1: The notion of the Golden State as a “nation-state.” It’s a valid descriptor given that California has a population (nearly 40 million residents) that’s larger than all but 35 countries (California would fall between Sudan and Iraq), the fifth largest economy in the world (ahead of India’s and behind Germany’s), plus remarkable diversity (92 languages other than English are spoken in the Los Angeles public school system). 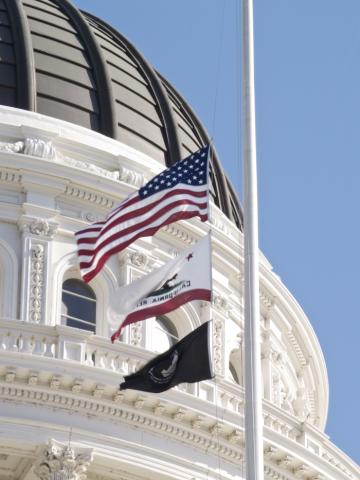 Proposition 13 Revisited: Is California Looking At Howard’s (Jarvis) End In 2020? 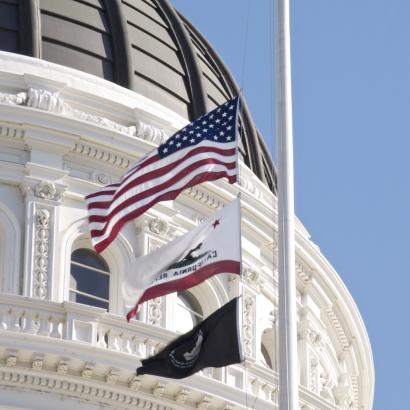 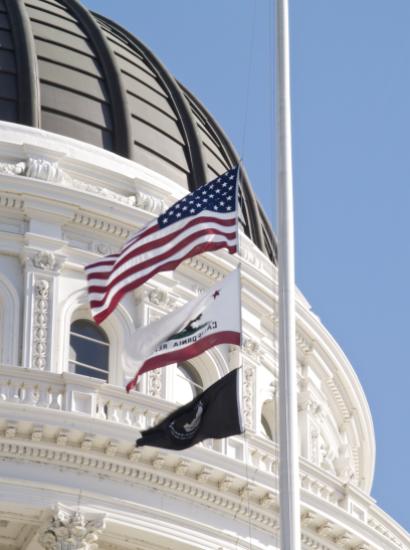 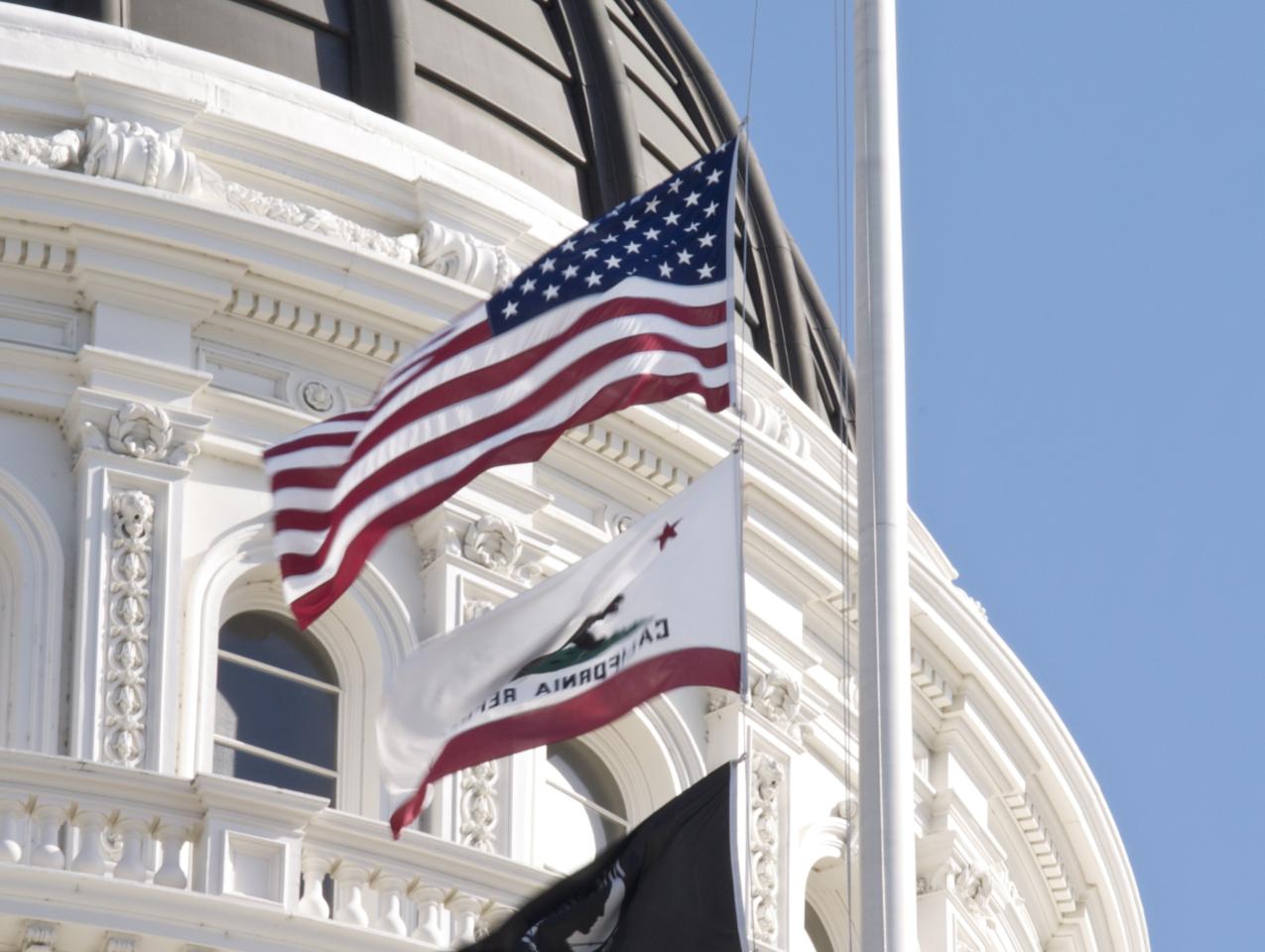 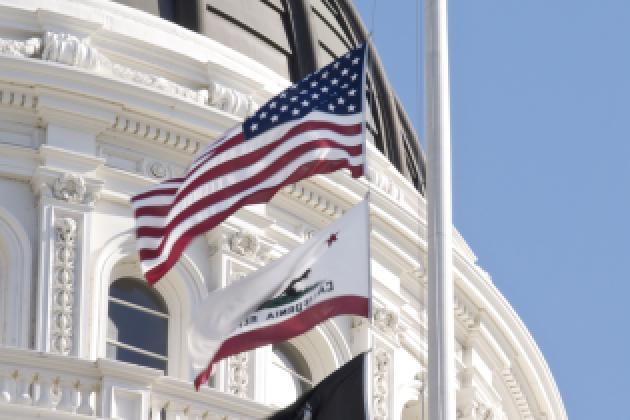 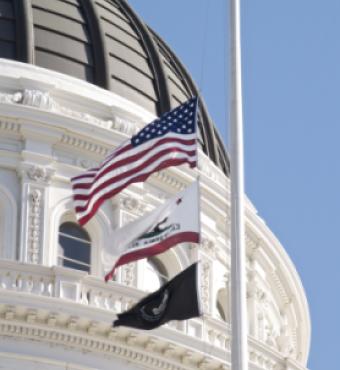 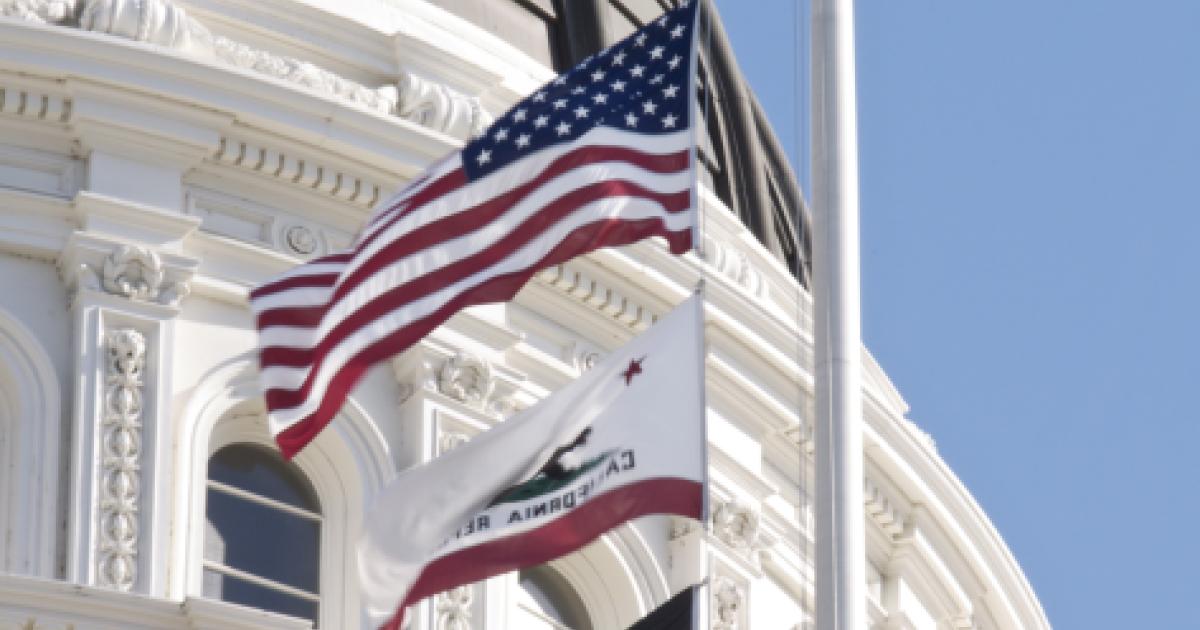 Here are three clichés that surface in California policy discussions:

Cliché no. 1: The notion of the Golden State as a “nation-state.” It’s a valid descriptor given that California has a population (nearly 40 million residents) that’s larger than all but 35 countries (California would fall between Sudan and Iraq), the fifth largest economy in the world (ahead of India’s and behind Germany’s), plus remarkable diversity (92 languages other than English are spoken in the Los Angeles public school system).

Cliché no. 2: The argument that the aforementioned colossus is ungovernable. That’s nonsense. Jerry Brown, who twice governed California for eight-year stretches, led the Golden State through a terrible recession in the beginning of this decade, as did Pete Wilson back in the first half of the 1990s. Both men showed that one persistent governor can harness a wieldy state legislature.

Cliché no. 3: Proposition 13, the fabled ballot measure that placed a cap on property taxes and has been in effect for over four decades now, is a “third rail” of California politics—i.e., any candidate or officeholder touching it makes a fatal mistake.

We’ll see if that cliché holds up come November of next year, should an effort to revise Prop. 13 face a public vote.

Indeed, such a reform measure qualified for the 2020 ballot all the way back in October 2018. However, its backers announced last month that they were going to put forward a revised version that, in their opinion, will have a better chance of passing.

What voters will face next year: the choice of keeping Prop. 13 in its present form, which caps annual increases in property taxes at 2% (with neither commercial nor residential property being reassessed until it’s sold), or shifting instead to a “split-roll” approach that would maintain the Prop. 13 tax limits for residential, small business, and agricultural properties but eliminate the cap for higher-end commercial and industrial buildings and properties (which would be reassessed at market value every three years).

So how to preview what’s shaping up as California’s first statewide ballot fight over property taxes in over 40 years?

On the one hand, passing tax increases via public approval is part of the legacy left behind by Jerry Brown in his second turn as California’s governor.

In 2012, Brown asked voters to sign off on Proposition 30, which raised California’s sales tax from 7.25% to 7.5% and created four high-income brackets for taxpayers with taxable incomes ranging from $250,000 to over $1 million. In 2016, Brown remained neutral while higher-tax advocates (the California Teachers Association, the California Association of Hospitals and Health Systems) went back to the California electorate with Proposition 55, which extended the income-tax hike through 2030 (under Prop. 30’s rules, the higher tax brackets were set to expire in 2018).

As it turns out, Brown et al. had not one but three aces up their sleeves.

The first ace: marketing Prop. 30 as a tonic for what ailed California’s cash-starved schools (indeed, it significantly closed the K–12 spending gap between California and the national average).

The second ace: placing a bullseye on California’s wealthiest earners—nothing succeeds in left-leaning California like a little class warfare and targeting the wealthiest 1% of the population.

The third ace: running both initiatives in higher-turnout presidential years—in theory, a swelled electorate thinning a vote by conservatives opposed to higher taxes.

Let’s focus on that third ace—turnout in presidential election years—because it’s a key to any possible change to Prop. 13 in 2020.

Thus, we have the logic for taking the Prop. 13 reform to voters in 2020. If the math holds true, at least two million more voters will turn out next November than in the next statewide vote in 2022—presumably, many of them not fans of President Trump or the concept of limited taxation.

Then again, we could be wrong in assuming that the Prop. 13 change is a done deal if it’s put to a vote next year.

Last month saw the demise in Sacramento of Assembly Constitutional Amendment 1 (ACA 1). It had proposed lowering the current two-thirds majority needed to pass local bonds and special taxes (including parcel taxes) to a 55% threshold (back in 2000, Proposition 39 had applied such a change to school bond issues).

While ACA 1 received 44 votes in the state assembly, it finished 10 votes shy of the two-thirds majority required to advance a state constitutional amendment. Why such queasiness on the part of California lawmakers, in this case a legislative chamber that Democrats control by a 61-39 margin?

Because the two-thirds requirement for higher taxes is one of the pillars of Proposition 13, which in 1978 changed state law to require a two-thirds voter approval of all local tax increases and special taxes for specific projects (such as Los Angeles’s education-targeted Measure EE, which went down in flames earlier this summer).

Despite the legislature’s reluctance to move forward with ACA 1, look for a ballot fight next year that will seem familiar—albeit with a significant twist.

As with Propositions 30 and 55, the campaign to revise Proposition 13 will focus on education. Supporters are arguing that the change will produce an estimated $6 billion to $10 billion a year in new revenue to fund K–12 schools and community colleges.

What will be different: a pushback from California’s business community, which for the most part sat out the campaigns for Propositions 30 and 55.

Why the silence in 2012 and 2016? In part, it was out of respect to Jerry Brown, whom California’s business community turned to as a last line of defense against a hostile legislature (Brown’s general opposition to so-called “job-killer” bills and the business community’s lack of interest in funding Brown’s re-election opponent speak to that relationship).

The other explanation: for California’s business community, altering Proposition 13 and its treatment of commercial property hits home, whereas a slight uptick in the sales tax or adjusting upper-income tax brackets isn’t as personal. To better appreciate that, I refer you to this Far Side cartoon.

How will the “no” campaign fight the split-roll initiative?

First, look for a lot of talk about tax fatigue. A March survey by the Public Policy Institute of California showed that more than two-thirds of voters held the opinion that they pay more in state and local taxes than is necessary.

Second, a fear that the next step will be a run on domestic property taxes. The same PPIC poll shows two-thirds of Californians believing that housing affordability is a big problem. Nearly half of all adults polled said that housing costs have them considering a move—for most, to a state other than California.

This ballot battle won’t be cheap. The coalition that authored the split-roll initiative—that version that qualified for the ballot back in October 2018—spent about $3.45 million to push it through. The updated version, which now must collect signatures based on the 2018 election’s much higher turnout (nearly one million signatures are now required versus only 585,407 needed back in 2018), will force supporters to dig deep into their pockets for it to qualify a second time.

As for the opposition, it will have to budget ambitiously for television advertising and social media—plus a get-out-the-vote effort to circumvent a big problem for any right-of-center campaign or candidate in California in 2020: the potential drag of President Trump at the top of the slate, as was the case in 2018.

“Eternal vigilance is the price of liberty.” This line, often attributed to Thomas Jefferson, was also a favorite of Howard Jarvis, the policy  activist (and part-time actor) who helped place Proposition 13 on the California ballot in 1978—in doing so, sparking an antitax uprising that culminated in Ronald Reagan’s rise to the presidency two years later.

We’ll see if the Californians will be as antitax vigilant in 2020 as they were four decades ago.