The Department of Justice has exonerated Darren Wilson but still blames racism for unrest in Ferguson. Why? 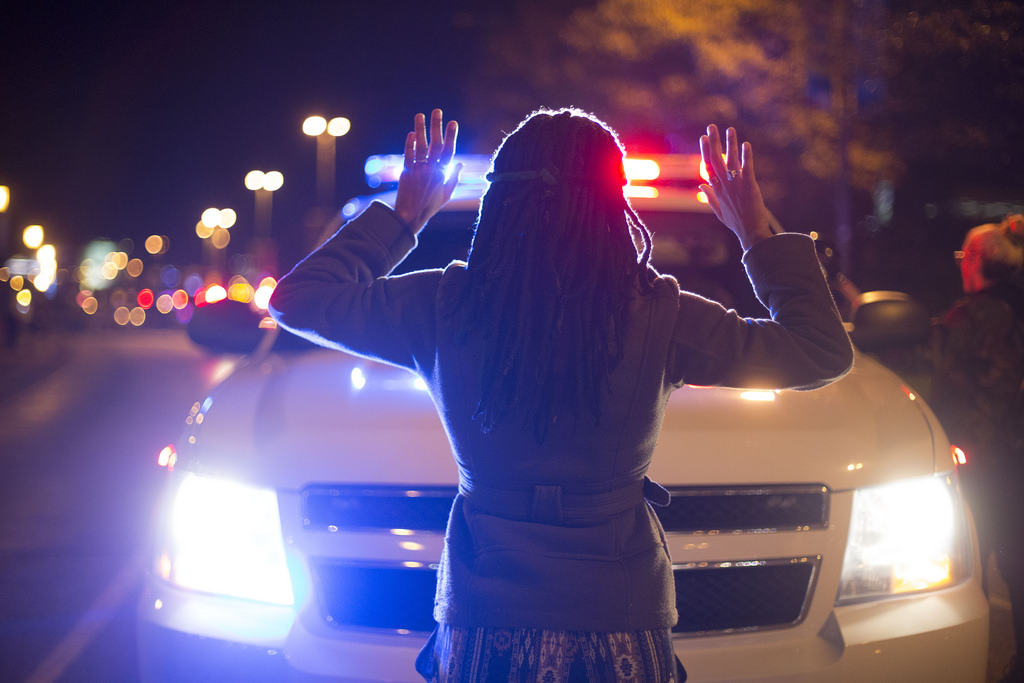 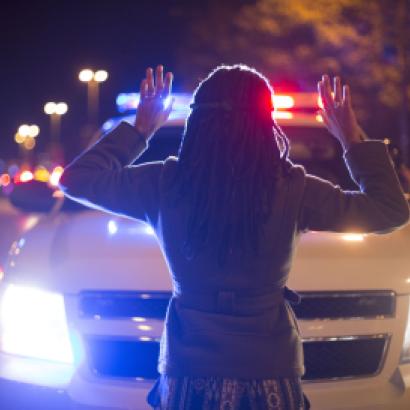 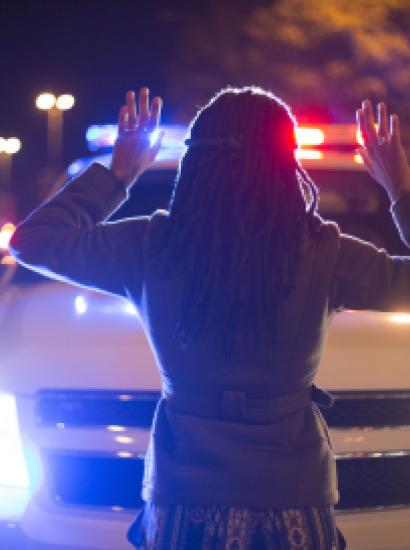 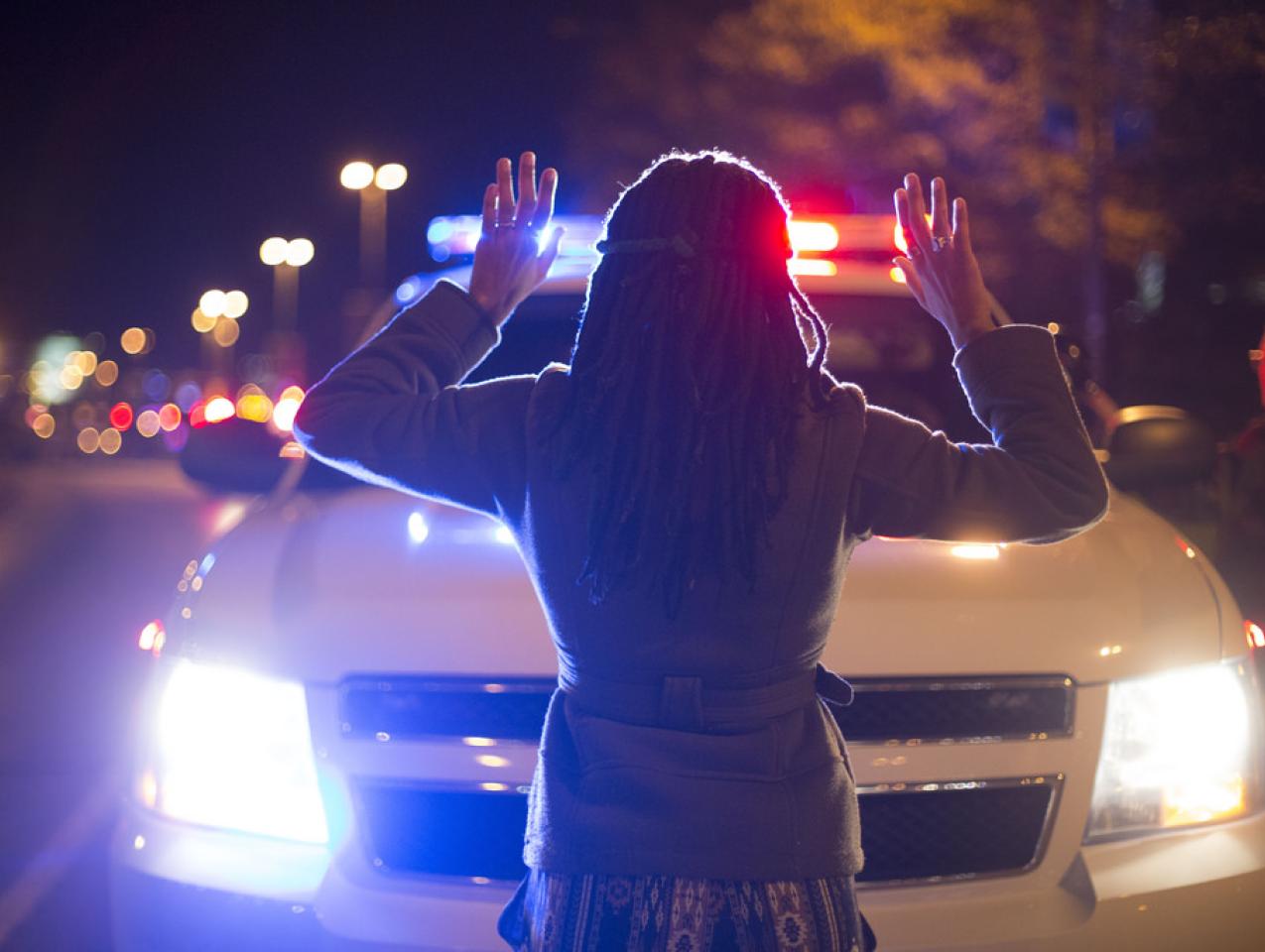 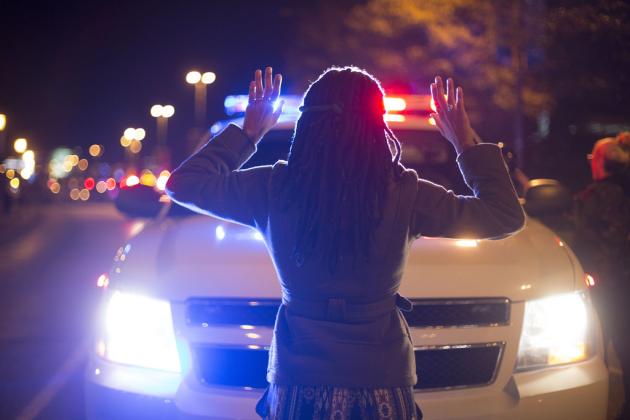 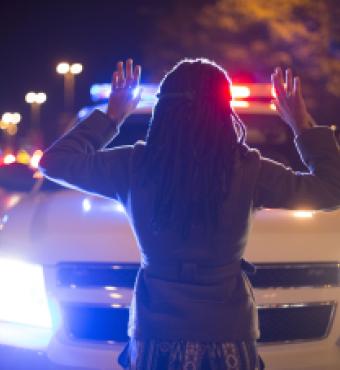 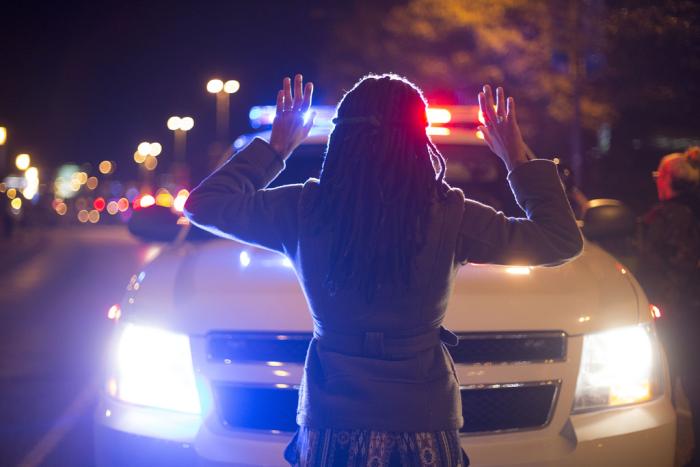 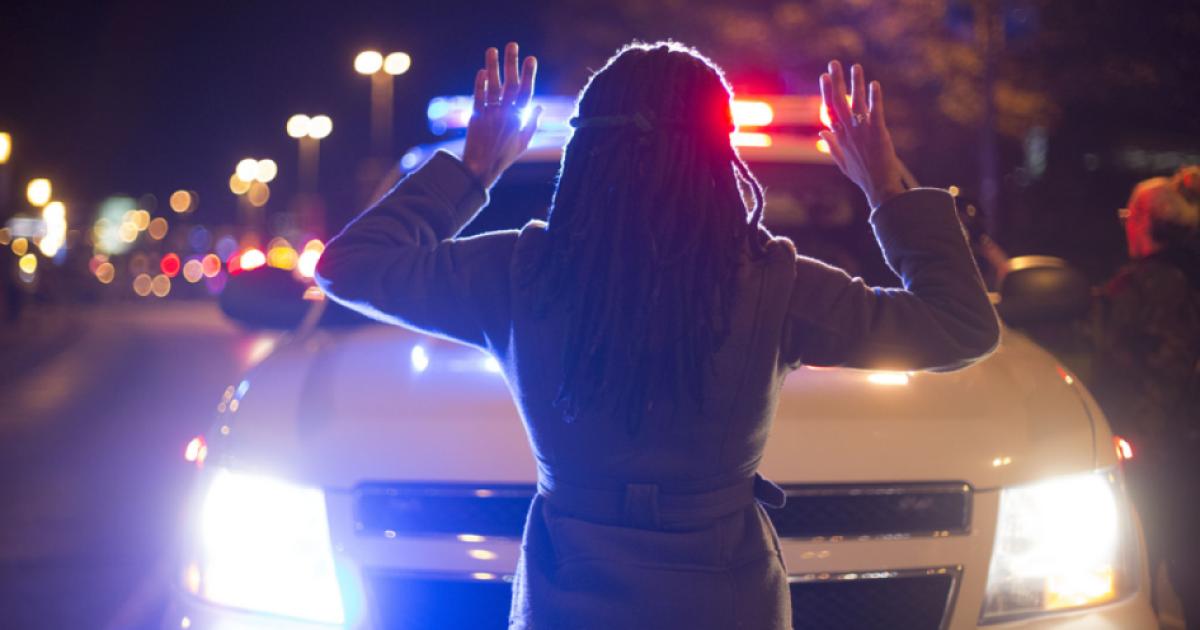 The most recent news from Ferguson concerns what Eric Holder has rightly called the “ambush shooting” of two police officers outside the city’s police department. This incident occurred in the wake of two detailed reports released by the Department of Justice. The first report deals in depth with the shooting of Michael Brown by Ferguson police officer Darren Wilson. The report recommended that the case against him be closed. The second DOJ report contained a scathing indictment of the sad state of affairs within the entire criminal justice system of Ferguson. The combined effect of these two reports is likely to make matters worse in Ferguson by combining the back-handed exoneration of Darren Wilson with the unstinting condemnation of the City of Ferguson.

Let’s start with the DOJ report that exonerated Wilson. The federal prosecutors ran an exhaustive review of all the physical, forensic, and testimonial evidence in the case. It is necessary to state its final conclusion in full: “Darren Wilson’s actions do not constitute prosecutable violations under the applicable federal criminal civil rights statute, 18 U.S.C. § 242, which prohibits uses of deadly force that are ‘objectively unreasonable,’ as defined by the United States Supreme Court. The evidence, when viewed as a whole, does not support the conclusion that Wilson’s uses of deadly force were “objectively unreasonable” under the Supreme Court’s definition. Accordingly, under the governing federal law and relevant standards set forth in the USAM [United States Attorneys’ Manual], it is not appropriate to present this matter to a federal grand jury for indictment, and it should therefore be closed without prosecution.”

The legal conclusion is surely correct, but the tone of the report’s findings are slanted against Wilson. It is not just the case that there is insufficient evidence to support a criminal prosecution. It is that, beyond a reasonable doubt, the evidence supports that Wilson’s conduct was fully justified. During the initial encounter, Brown had tried to wrest Wilson’s gun from him by reaching into Wilson’s Chevy Tahoe SUV. Wilson’s story was corroborated, to quote the report, “by bruising on Wilson’s jaw and scratches on his neck, the presence of Brown’s DNA on Wilson’s collar, shirt, and pants, and Wilson’s DNA on Brown’s palm.” Later on, the evidence also showed that Brown was running toward Wilson at the time Wilson fired the fatal shots, not knowing whether Brown was armed or not. The incident was far clearer than the oft-ticklish situations in which the courts have to decide whether a police officer used excessive force against a person who was resisting arrest, as with the controversial grand jury decision not to indict any police officer for the killing of Eric Garner.

What the DOJ now has to do is to acknowledge that the killing of Michael Brown was a justifiable homicide. It must abandon its contrived legalisms and defend Wilson, by condemning unequivocally the entire misguided campaign against him, which resulted in threats against his life and forced his resignation from the police force. Eric Holder owes Wilson an apology for the unnecessary anguish that Wilson has suffered. As the Attorney General for all Americans, he must tell the protestors once and for all that their campaign has been thoroughly misguided from start to finish, and that their continued protests should stop in the interests of civic peace and racial harmony. In light of the past vilification of Wilson, it is not enough for the DOJ to publish the report, and not trumpet its conclusions. It is necessary to put that report front and center in the public debate so that everyone now understands that Wilson behaved properly throughout the entire incident.

The situation is made worse with the publication of the second DOJ report which offers a top-to-bottom condemnation of Ferguson’s criminal justice system. This report was clearly prompted by the belief that Wilson’s killing of Michael Brown was the result of structural problems in Ferguson. But why pick on Ferguson after Wilson was exonerated? It would be one thing to argue that the illegal killing of Michael Brown stemmed from a corrupt and racist culture inside that department. But once it is established that Wilson was fully justified in acting as he did, it is impossible to explain how the culture and norms of the police could have contributed to any illegal act. Indeed, the only plausible inference cuts the opposite way. The ability of Wilson to handle himself well under extreme pressure reflects approvingly on his conduct and on the ethos of the Ferguson Police Department.

In this case, however, the DOJ was determined to make a big deal out of the various misdeeds of the Department. In so doing, it set back race relations in the United States by sending out the unmistakable message that while the DOJ could not get Wilson, it could surely get the city for which he had worked. The Ferguson report gets off on the wrong foot by leading with the claim that “Ferguson’s law enforcement practices are shaped by the City’s focus on revenue rather than by public safety needs.” That basic orientation, the report continues, leads the police to concentrate on collecting revenue from traffic offenses in order to fill any hole in the Ferguson budget left by a shortfall in sales tax collection. It then further chides the city for sending out arrest warrants for individual ticket holders to meet court dates and to pay for their offenses.

At this point, the key question is whether Ferguson is alone in its practices, or if there are other cities that do the same thing. Given the financial pressures on all cities, Ferguson does not stand alone. If it acts in violation of the public trust, then so do all other cities. Why then pick out Ferguson for special condemnation? It is well known that various form of asset forfeiture are common across the United States. The practices are condemned on all sides of the political spectrum. The liberal American Civil Liberties, for example, begins its Blog of Rights on the subject of Asset Forfeiture Abuse, by noting: “Across the country, law enforcement agents stop motorists—predominantly people of color—and seize the money in their possession simply by asserting that they believe the money is connected to some illegal activity, even without ever pursuing criminal charges. Under federal law and the laws of most states, they are entitled to keep the money they seize, which goes to fill police department coffers, pay salaries, buy new equipment, and fund other perks for the officers.”

The libertarian Institute for Justice harps on the same message in its report “Policing for Profit: The Abuse of Civil Asset Forfeiture.” And most ironically, it was only this January that Holder himself “barred local and state police from using federal law to seize cash, cars and other property without evidence that a crime occurred.” Any balanced report on the situation in Ferguson should ask whether the city is worse off than other state and local governments. Yet nothing suggests that it is, let alone that some culture of revenue collection leads to the improper use of deadly force.

The DOJ report is even odder for its suggestion that it is improper for Ferguson, or any other city, to issue arrest warrants for those who do not pay their fines. Clearly, the entire system will fall apart if parties who receive tickets for traffic violations ignore them with impunity. Some of these tickets at least are given for offenses that do have an adverse impact on public safety, so it seems absurd to think that it is improper to demand their collection. No other state or local government should yield to that practice, so why should Ferguson?

The evidence is no better when the DOJ resorts to statistical evidence to show that the police force has behaved in an improper way because “African Americans experience disparate impact in nearly every aspect of Ferguson’s law enforcement system. Despite making up 67% of the population, African Americans accounted for 85% of FPD’s traffic stops, 90% of FPD’s citations, and 93% of FPD’s arrests from 2012 to 2014.”

The point here represents a gross abuse of statistical evidence for two reasons. First, the disparity in arrests for various offenses ignores one question that matters: did African Americans commit these various offenses at a higher rate than the rest of the population? If they did, then the evidence is perfectly consistent with even-handed enforcement. Second, the report gives no information about the arrest rates in other communities. As John Lott has noted, “The Bureau of Justice Statistics’ 2011 Police-Public Contact Survey indicates that, nationwide, blacks were 31 percent more likely than whites to be pulled over for a traffic stop.” If so, then the Ferguson numbers are consistent with national norms, and thus do not show any distinctive form of racial bias.

Finally, the DOJ report points to the presence of some emails from police officials that “stereotype” African Americans. But here, again, it is important to note that isolated emails from various officials, however reprehensible in and of themselves, do not indicate any pervasive forms of misbehavior that suffices to indict an entire police force. Nor is there any evidence that these offensive emails sent between 2008 and 2011 indicate present abuse that could have contributed to poor police practices.

The two DOJ reports do not cohere. The first shows that Wilson’s use of force against Michael Brown was fully justified. The second uses that incident to launch a scathing attack against Ferguson, leading to the resignation of its key officials for conduct that looks on balance to be no better or worse than that in other cities around the country. The serious consequence of the second high-profile report is to keep alive the image that racial injustice is alive and well in the United States. What the report fails to understand is that it is as dangerous to exaggerate the risk of racial injustice as it is to ignore it. In a sad sense, the overheated DOJ report contributes to the inflamed atmosphere that led to the most recent shootings in Ferguson.