A Refresher Course On Free Trade

Comparative advantage—which neither Trump nor Biden understands—is the not-so-secret ingredient of prosperity. 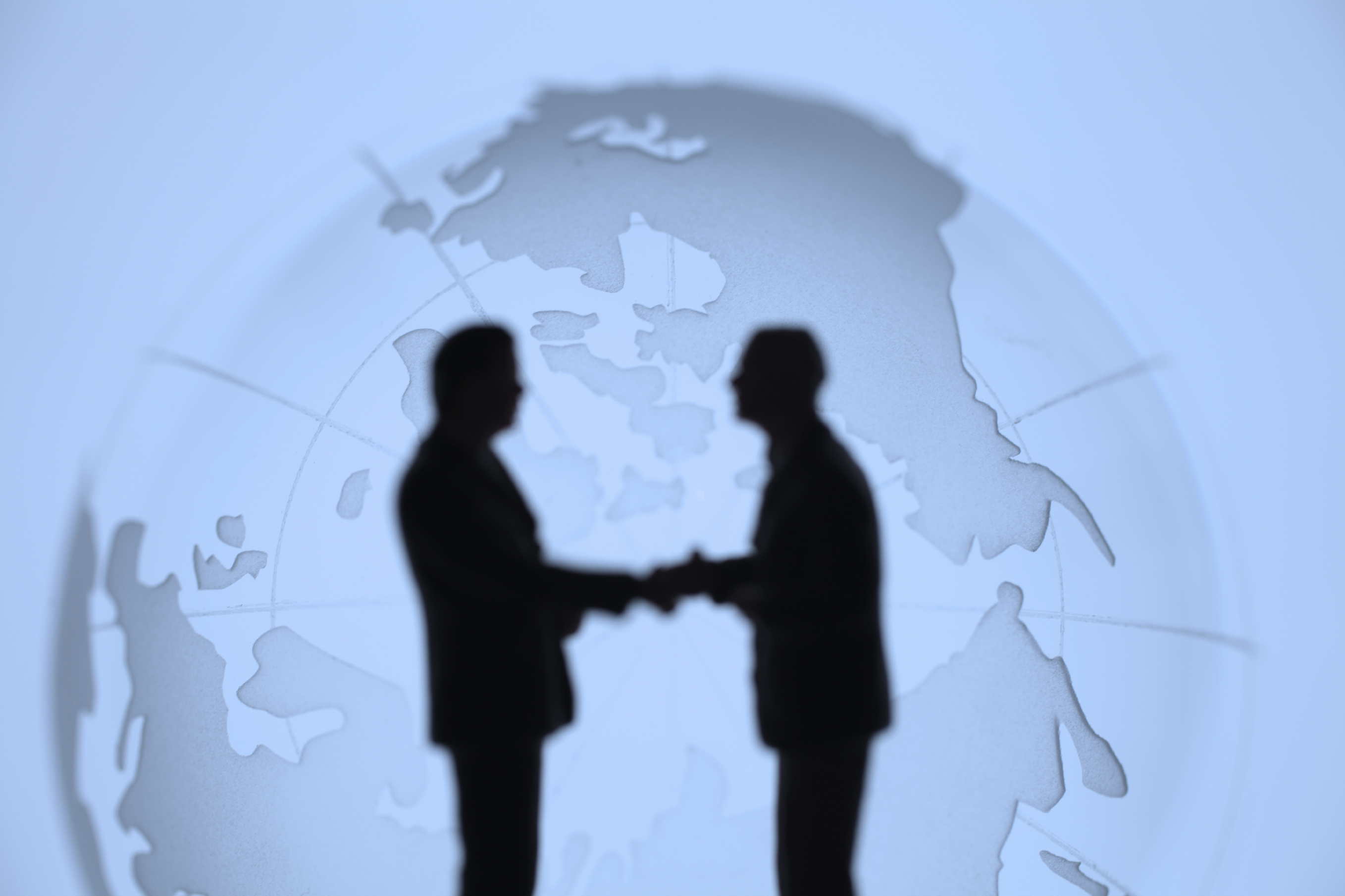 A Refresher Course On Free Trade 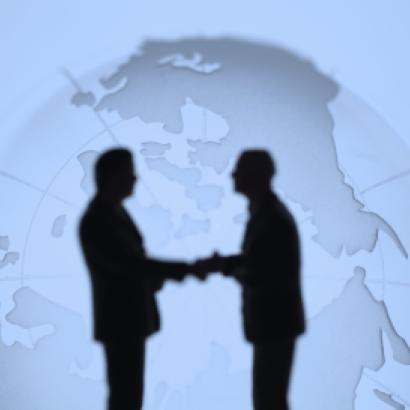 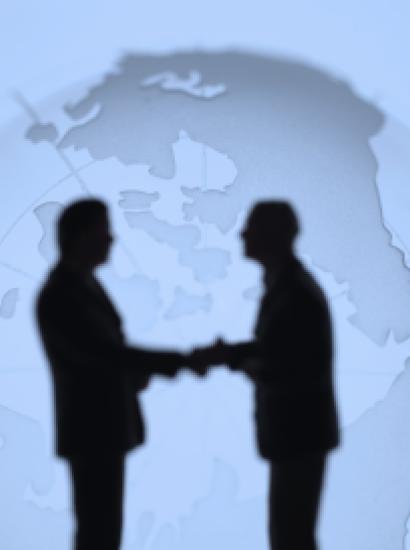 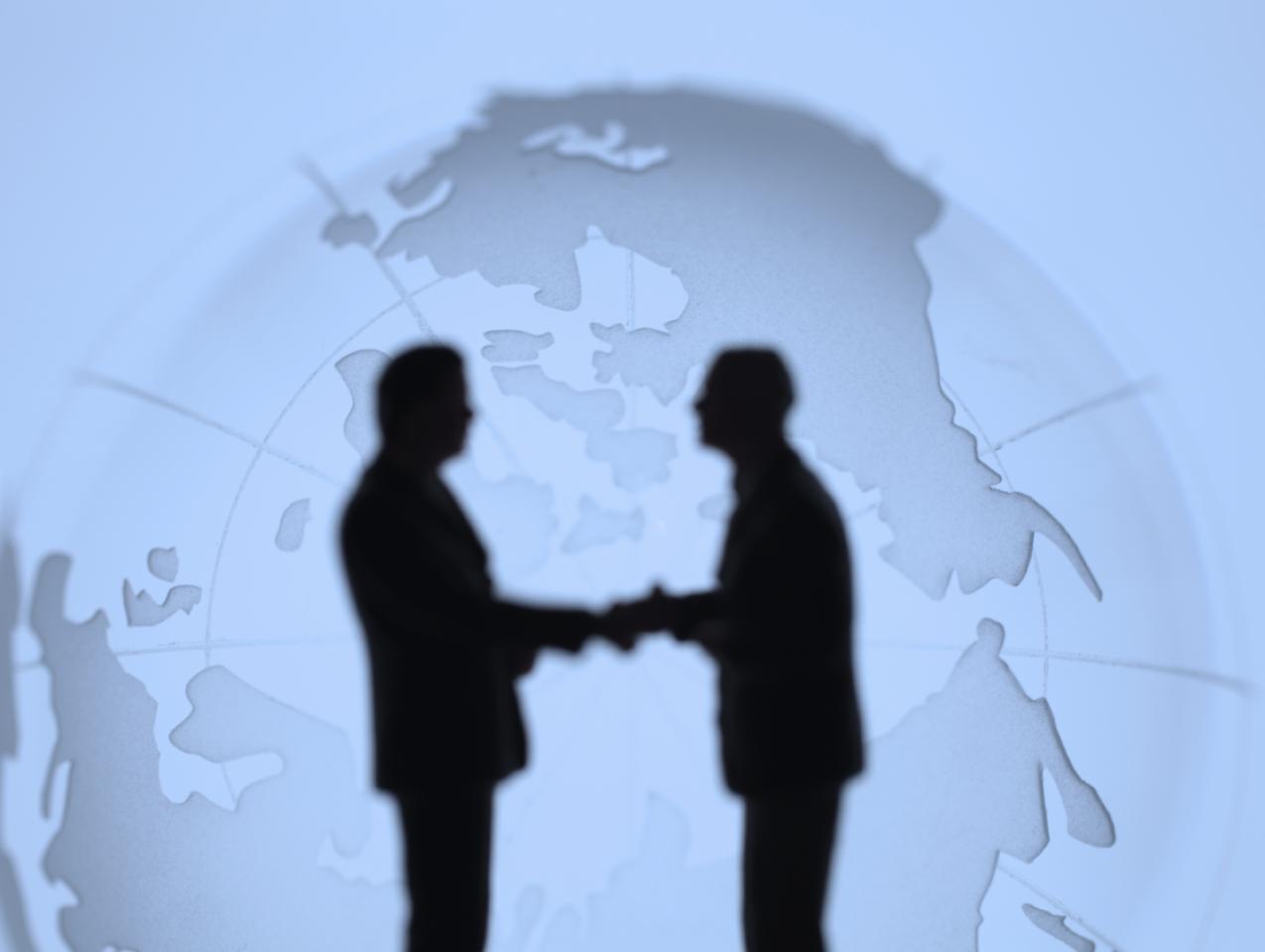 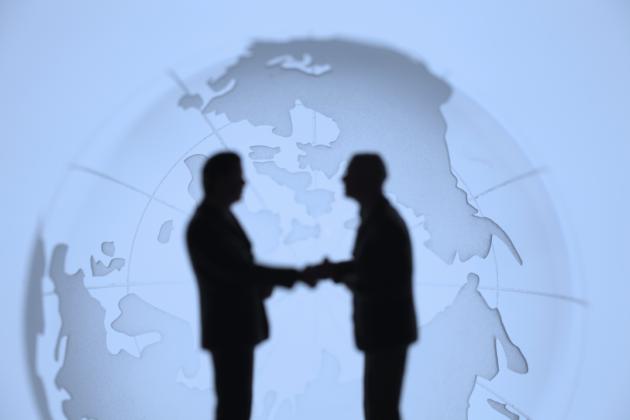 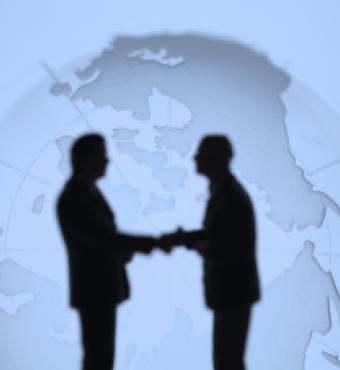 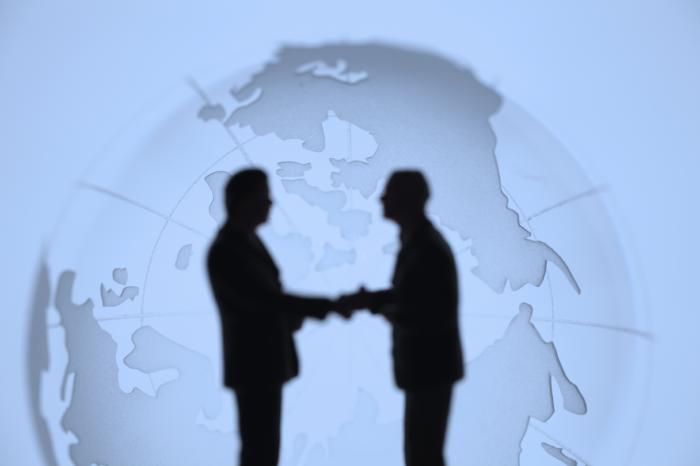 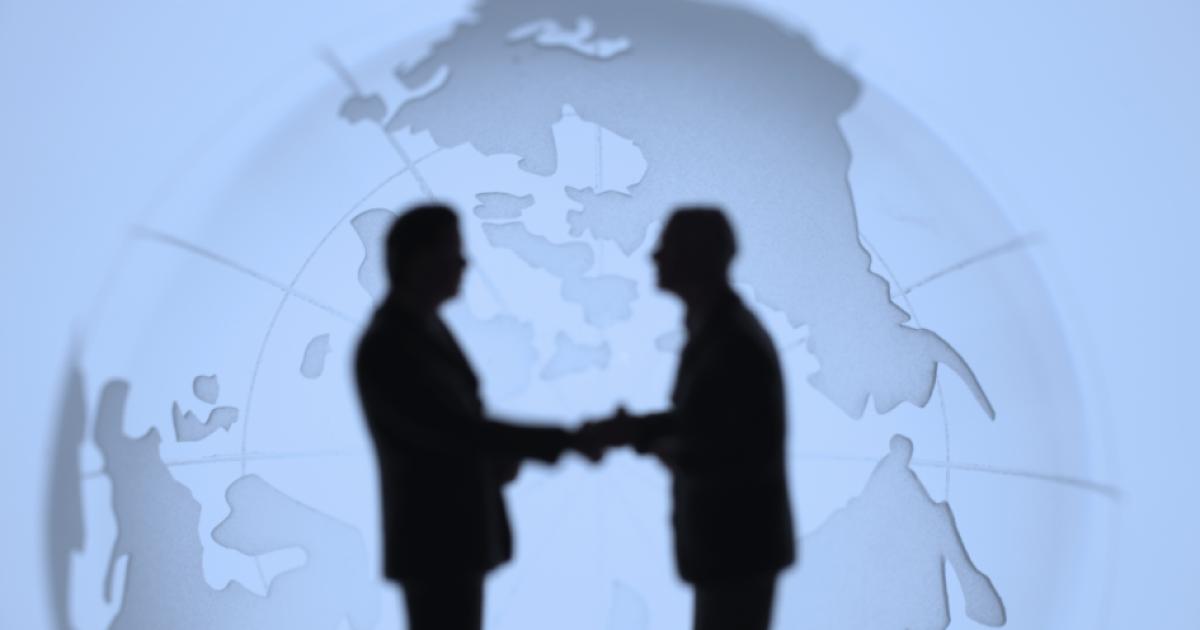 In the past five years, I’ve written four Defining Ideas articles on free trade, all of which are critical of former president Donald Trump’s thinking and policies on trade. My objections were based not on his personality but on his economics. Those objections don’t disappear when the president responsible for tariffs and import restrictions is President Biden. Although some of my free-trade friends hoped that Biden would be different, I was skeptical. That skepticism was justified. Biden has kept many of the tariffs and other restrictions that he inherited from Trump.

For that reason, it’s worthwhile to say why restrictions on trade are bad and free trade is good. Among economists, it’s not a partisan issue. A survey of 211 economists in the late 1970s found that 97 percent of them agreed with this statement: “Tariffs and import quotas reduce general economic welfare.” It follows, therefore, that they think free trade increases general economic welfare. But why? It has to do with what economists call “comparative advantage.” We usually explain comparative advantage with a simple arithmetic example. But I’ll do it without the math by considering three people: Babe Ruth, Paul McCartney, and Dikembe Mutombo.

The Essence of Comparative Advantage

If John and Jason didn’t know about each other and, therefore, didn’t trade, each would produce some combination of wheat and apples. But if they find out about each other, they can find a price of wheat in terms of apples that makes them each better off by trading. That allows each to do better by specializing in producing the good for which he is the lower-cost producer and trading that good for the one for which he is the higher-cost producer.

The bottom line is that there is more total output if each person specializes in the good for which he is the lower-cost, or in the case of more than two people, the least-cost, producer.

To make the comparative-advantage, least-cost point more concrete, consider famous baseball player Babe Ruth. Trivia question: what was Ruth’s first position when he started playing professional baseball? Answer: pitcher. Moreover, he was not a so-so pitcher; his win-loss record with the Boston Red Sox was 94-46. But he was also quite good as a hitter. Even back then, pitchers had to take off multiple games between pitching outings. So although Babe Ruth was a great pitcher, the cost of having him pitch was quite high because his team, the Yankees for most of his career, would do without his prodigious hitting skills in at least three games out of four. Babe Ruth’s comparative advantage, therefore, was in hitting, which is why he became an outfielder.

Finally, when Dikembe Mutombo came to Georgetown University in 1987, what was his career plan? Answer: to become a doctor and return to the Congo and help his people, who badly needed doctors. But then Georgetown Hoyas basketball coach John Thompson recruited Mutombo to play basketball. He excelled at the game and had a lucrative eighteen-year career in the NBA, playing for the Denver Nuggets, the Atlanta Hawks, and the Houston Rockets for fifteen of those years.

But Mutombo didn’t forget his original goal. He donated $3.5 million of his earnings toward building a hospital in the Congolese capital of Kinshasa. If he had stuck with his plan to become a doctor, he would have been only one doctor in the Congo. Instead, by specializing in basketball, he earned enough to pay multiple doctors in the Congo.

All three of these examples make the point about comparative advantage and low cost. More is produced when each person specializes in producing the good or service for which he or she is the lowest-cost producer.

This conclusion applies to the simplest case: that of John and Jason and two goods. It also scales for more than two people and more than two goods. It applies between people in two different states. Trade across state borders is beneficial for traders in each state. In fact, for most of the twentieth century the largest free-trade zone was the United States. The principle also applies to trade between people in two different countries. The fact that international borders exist in no way undercuts the case for free trade across borders. Moreover, because costs of production vary greatly between countries, free trade allows us to buy goods from countries with much lower costs for some items than ours. Can a country with low wages have lower costs for everything so that if we buy from them, we will have nothing to sell? That’s mathematically impossible. As in the simple case of John and Jason, so also in the more-complex world, a country that has a comparative advantage (lower cost) in one item will necessarily have a comparative disadvantage (higher cost) in another.

Other than the Dikembe Mutombo example, none of these ways to make the case for free trade is original with me. Economists have made the case for at least two centuries. Indeed, Scottish economist Adam Smith, in his 1776 book, An Inquiry into the Nature and Causes of the Wealth of Nations, argued for free trade in some detail. Here’s a quote from Smith in which he makes the case succinctly:

What is prudence in the conduct of every private family can scarce be folly in that of a great kingdom. If a foreign country can supply us with a commodity cheaper than we ourselves can make it, better buy it of them with some part of the produce of our own industry employed in a way in which we have some advantage.

If free trade is such a good policy, why do so many non-economists think it’s controversial? Part of the answer lies in the asymmetry between producers and consumers. Consider the case of sugar. We in America pay approximately double the world price of sugar because the US government sets tight quotas on sugar imports. That, incidentally, is why Coca-Cola is produced with corn syrup in the United States but with sucrose (sugar) in Canada and Mexico. Over 300 million of us pay a little more annually for higher-price sugar but the few major sugar producers in the United States make tens of millions to hundreds of millions more in revenue, and their employees make a few thousand dollars more in annual income than they would make in their next best use. The overall loss to consumers calculated by Washington State University economics professor William S. Hallagan a few years ago was $2.25 billion annually. The offsetting gain to domestic sugar producers was $0.85 billion and the gain to the lucky importers who got to buy the sugar at the world price and then sell it at the higher US price was $0.30 billion. The loss to consumers outweighs the gain to producers and importers but the average consumer’s loss is only about $10 per year, while the average producer’s gain is large. This gives producers a large incentive to be involved in the setting of sugar quotas, while the average consumer pays virtually zero attention. That’s why it’s true that even though the intellectual case for free trade is largely settled, those interest groups that want to limit trade are creating most of the buzz.

That buzz occasionally misleads even some scholars who study trade and generally understand it. Zack Beauchamp of Vox recently quoted the following comment on Biden’s trade policy by Tufts University scholar Dan Drezner: “It’s totally America First.” No, it’s not. It’s American producers first; consumers don’t seem to count. Are US consumers not Americans? To ask the question is to answer it. Of course they are. If Trump truly favored or Biden favors an “America first” policy on trade, both would be strong advocates of free trade because with rare exceptions, the consumer losses from restrictions on trade exceed the gains to producers.

Waging War on Their Own Consumers

The fact that restrictions on imports hurt a country’s consumers puts trade wars in perspective. A government that engages in a trade war is, in essence, saying to the government of the country against which it retaliates:

George Mason University economics professor Donald Boudreaux asked the question, “What if real wars were fought like trade wars?” His analysis is too lengthy to quote, too insightful to miss, and hilarious. The bottom line is that trade wars are self-destructive.

Just as trade between people in a city, in a state, or in a country benefits both sides and makes people more prosperous than otherwise, trade across international borders does the same thing. Let’s not forget that and let’s not throw it away.