Remarks on Ronald Reagan, Intelligence, and the End of the Cold War

These remarks were delivered at the November 2 Conference on Ronald Reagan, Intelligence and the End of the Cold War, co-sponsored by the Central Intelligence Agency and the Reagan Presidential Library.  They were taped by C-SPAN for later airing. 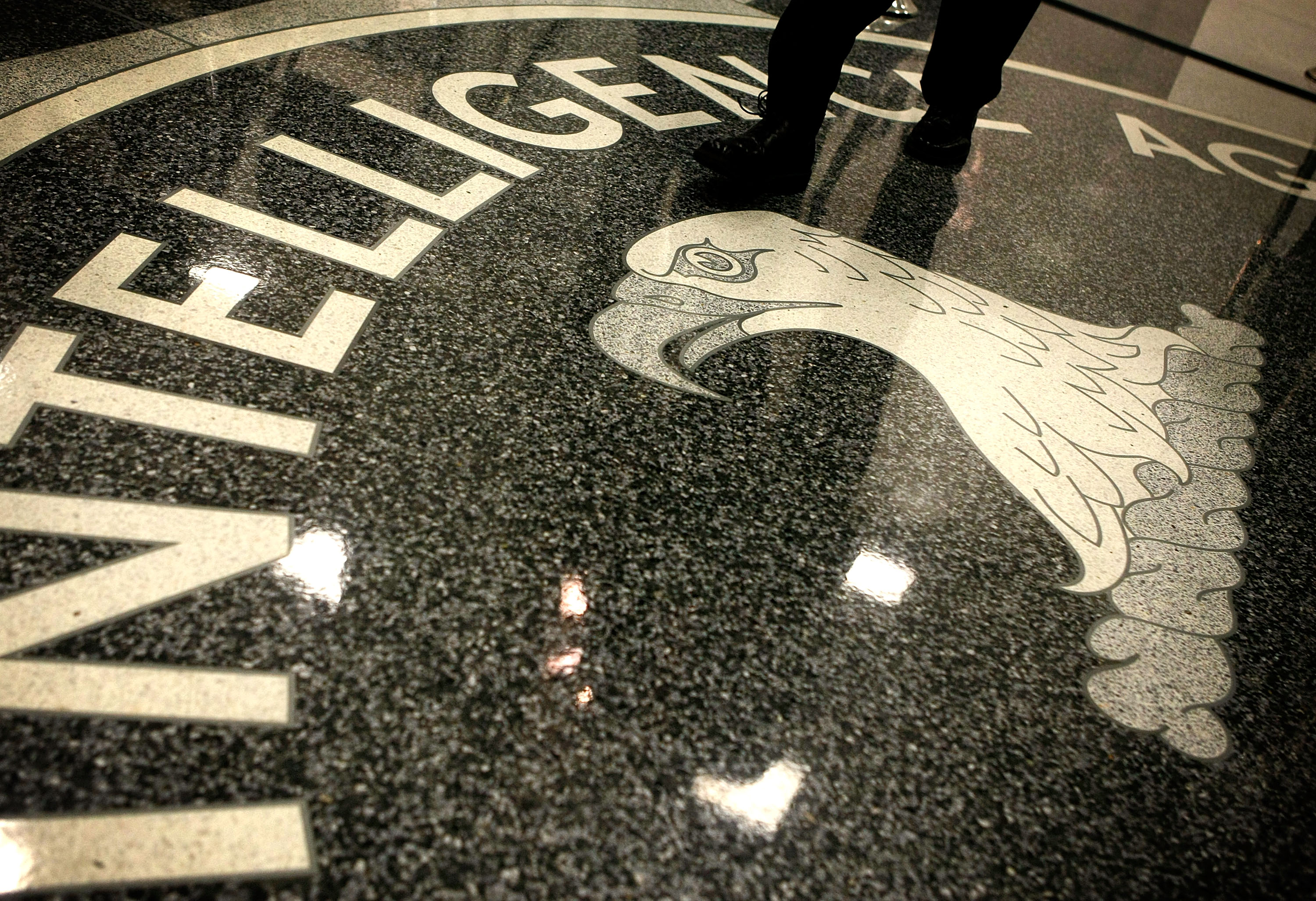 Remarks on Ronald Reagan, Intelligence, and the End of the Cold War 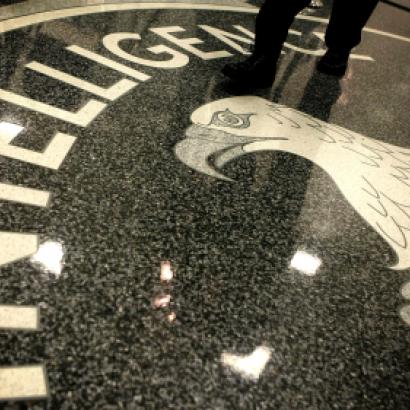 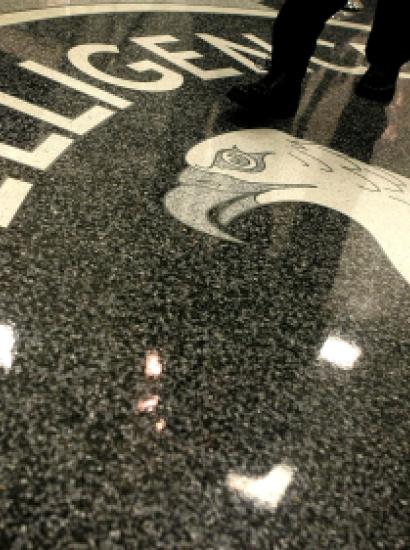 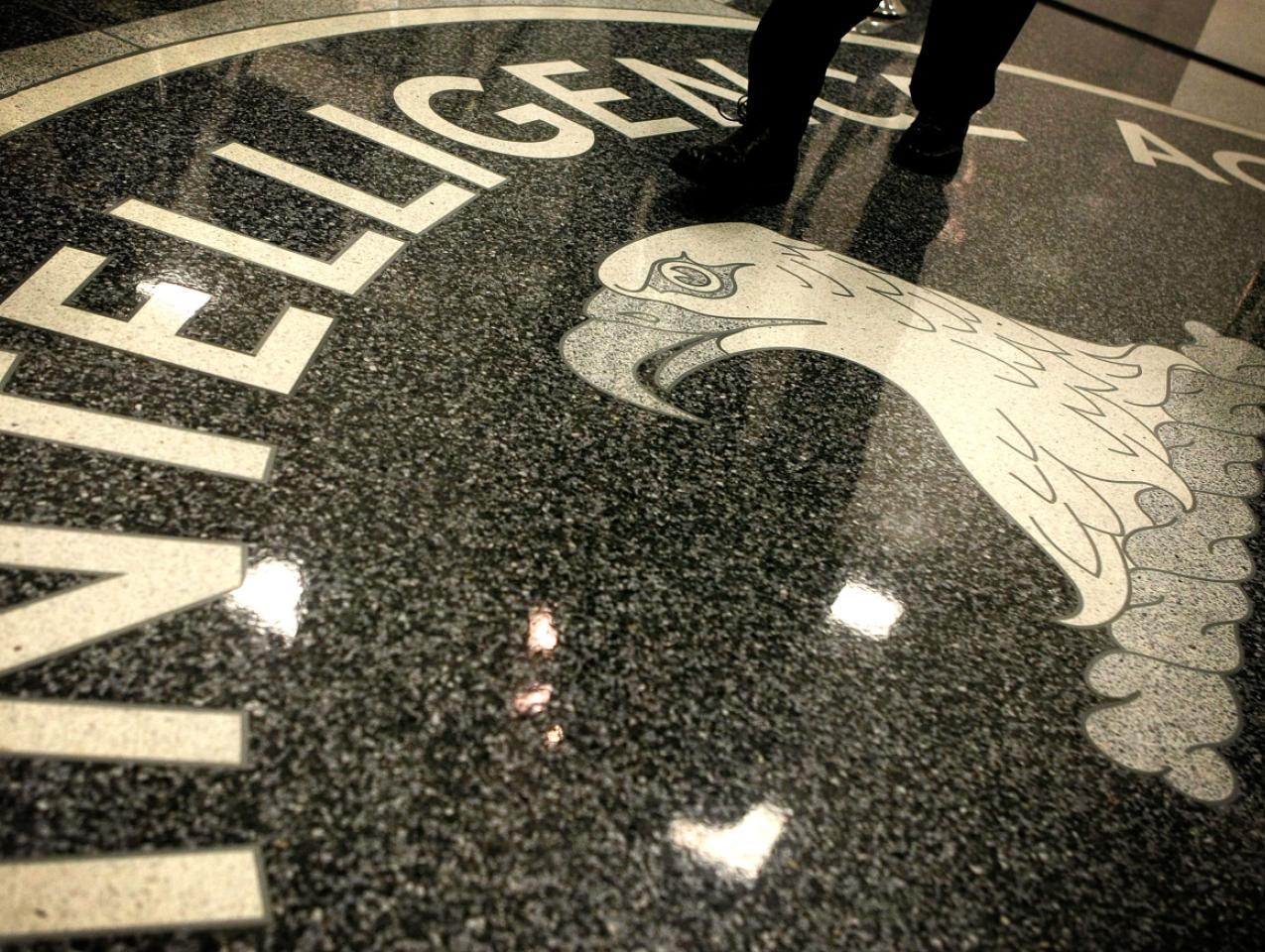 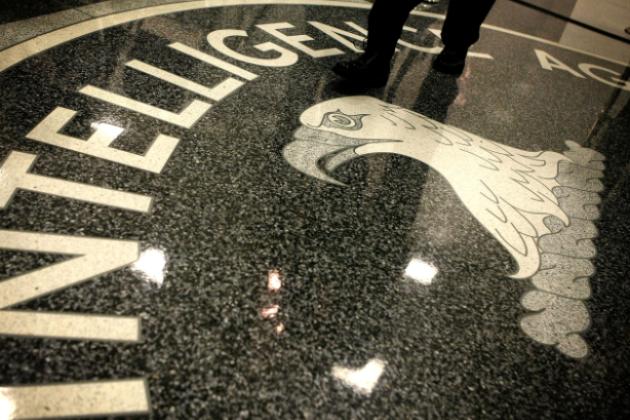 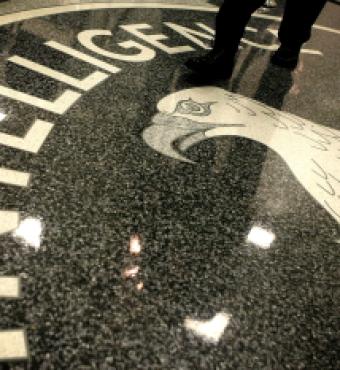 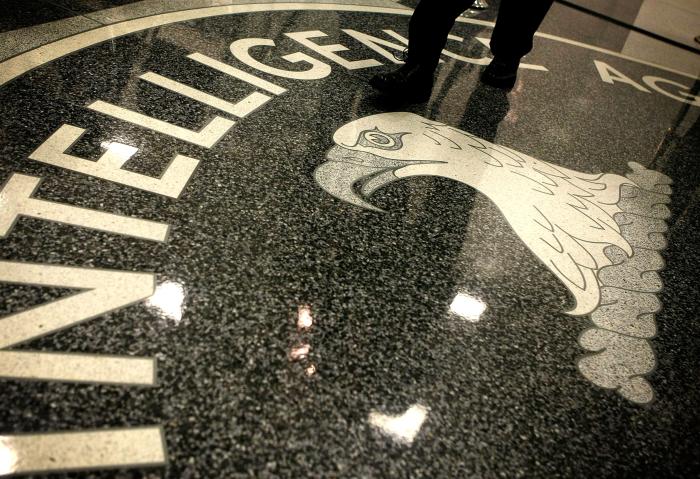 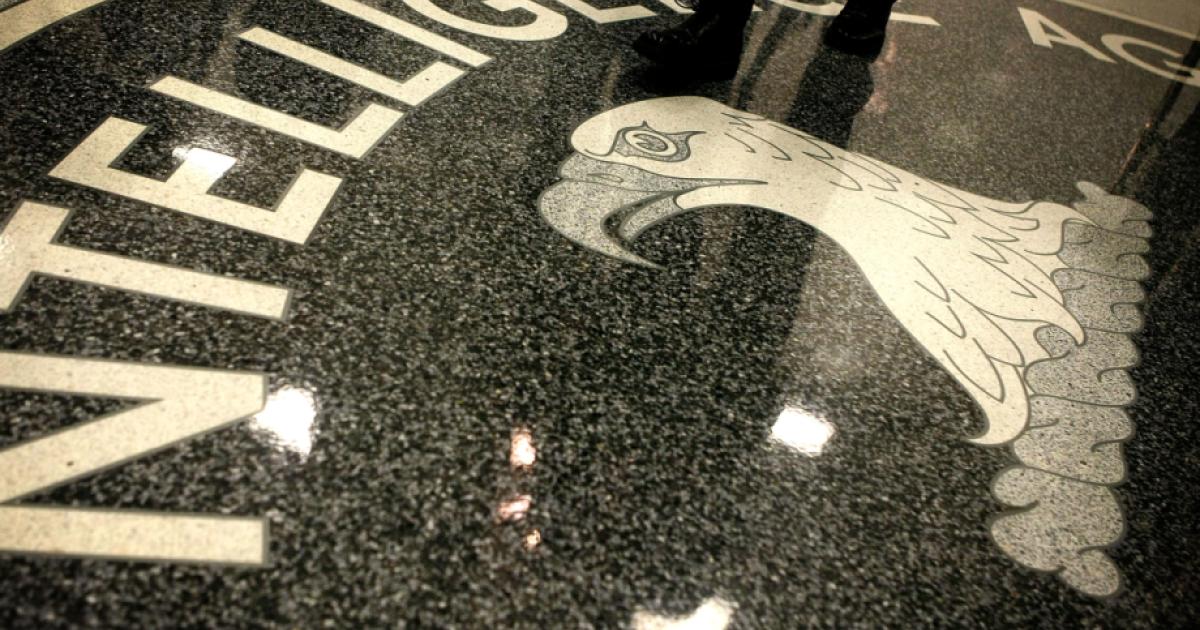 These remarks were delivered at the November 2 Conference on Ronald Reagan, Intelligence and the End of the Cold War, co-sponsored by the Central Intelligence Agency and the Reagan Presidential Library.  They were taped by C-SPAN for later airing.

The CIA documents reveal what the agency was telling Reagan and his administration--their best estimates and predictions about the Soviet economy, the military, changes in their leadership, their foreign currency problems, the importance to them of the Siberian gas pipeline. In other words, the intelligence Reagan was getting, directly or through his advisers.

It's the National Security Council documents that show Reagan in action. Reagan chaired 355 meetings of the NSC, and a note taker recorded what everyone, including the President, said. The documents were first used in the book Martin Anderson and I wrote, Reagan's Secret War: The Untold Story of His Fight to Save the World from Nuclear Disaster (2009). Following the meeting the President signed directives on the decisions he reached, and some of those too--National Security Decision Directives and National Security Study Directives--are part of this collection. That's what I'm going to talk about--the decisions Reagan made and how he made them.

Here are the basic points:

First, Ronald Reagan's views on the Soviet Union and his strategy for dealing with them were well established when he took office, and he knew what he wanted to do.

Second, Reagan made all the decisions. This is the most striking conclusion that comes from reading the minutes of the NSC and Reagan's personal diary, in which he wrote virtually every day.

Third, Reagan's policies and the decisions he made had a profound effect on what the Soviet Union did, its leadership, and its decision to abandon the Cold War. It wasn't all baked in the cake.

Reagan was at once so personally courteous and amiable and at the same time painted by the press as a cowboy inclined to shoot from the hip that it took a long time for us to understand him--and how well and adroitly he used the intelligence he got from CIA and elsewhere.

First, Reagan's Strategy. We know a lot more about Reagan's views and strategy he intended to follow than we did then because of the publication of Reagan's own writings, which weren't all available at the time. Reagan's strategy did not change while he was in office, as some writers think it did.

On Reagan's strategy, here's a quotation from a speech draft he wrote in 1963. It sums up his strategy and his goals. He said, "...the only sure way to avoid war is to surrender without fighting. ..the other way is based on the belief (supported so far by all evidence) that in an all out race our system is stronger, and eventually the enemy gives up the race as a hopeless cause. Then a noble nation believing in peace extends the hand of friendship and says there is room in the world for both of us." Think of it, 1963.

Reagan continued to have confidence in the American people and democracy and free markets. It was fundamental in his 1980 campaign. We forget quickly the prevailing views in the 1970s--including those of Henry Kissinger--that the United States, with democracy and free markets, might not be able to compete with a totalitarian government that could allocate resources--which they heavily allocated to military purposes --and repress dissent among the population.

Reagan told the nation his views on military strength in a radio commentary in early 1975, not long after the end of his two terms as governor of California: "Enough evidence of weakness or lack of will power could tempt the Soviets as it once tempted Hitler and the rulers of Japan. . . . Power is not only sufficient military strength but a sound economy, a reliable energy supply, and credibility--the belief by any potential enemy that you will not choose surrender as the way to maintain peace."

From 1975 to 1979 Reagan did 1,024 radio commentaries, 686 of which he wrote himself on yellow pads. In a 1975 commentary he said that "Communism is neither an economic or a political system--it is a form of insanity--a temporary aberration which will one day disappear from the earth because it is contrary to human nature." In a December 1976 commentary he credited American's economic and political strength to the system that "freed the individual genius of man."

That was all in the time between his 8 years as governor and his 1980 campaign for the presidency. In an August 18,1980 campaign speech Reagan made his "peace without surrender" policy clear, calling for a military buildup. He said:

“I’ve called for whatever it takes to be so strong that no other national will dare violate the peace...world peace must be our number one priority....But it must not be peace at any price; it must not be a peace of humiliation and gradual surrender....It is important, also that the Soviets know we are going about the business of building up our defense capability pending an agreement by both sides to limit various kinds of weapons.”

Reagan did not think the Soviets wanted war. They wanted, he thought, victory without war:

“The Soviets want peace and victory,” Reagan said in the same 1980 campaign speech. “They seek a superiority in nuclear strength that, in the event of a confrontation, would leave us with a choice of surrender or die...but if we have the will and the determination to build a deterrent capability we can have real peace because we will never be faced with such an ultimatum. Indeed, the men in the Kremlin could in the face of such a determination decide that true arms limitation makes sense.”

Once in office Reagan pursued verifiable arms reduction, not just limitation, and from 1982 on expressed his ultimate goal--a dream, he called it-- as the complete elimination of nuclear weapons from the earth.

Second, Reagan carried out his policies with concrete decisions. In his first NSC meeting, February 6, 1981, with all his top advisers present, said this: "I will use the NSC structure to obtain your guidance, but I will make the decisions."

Reagan was very conscious of his prerogatives as a decision maker. When Reagan fired Alexander Haig, his first secretary of state, and replaced him with George Shultz, he commented in his personal diary on Haig's claims of policy differences: "Actually the only disagreement was over whether I made policy or the Secretary of State did."

Reagan was well aware of conflicts among his policy advisers. Half a dozen entries in his diary show his concern--not that they differed in policy, but that they weren't working effectively together and were talking to the press about it. It's a mistake, I believe, to characterize them as hawks versus doves. None of them was a sympathizer with the communist system; rather, they disagreed about the approaches to achieve objectives they in fact shared.

Two of President Reagan's decisions early in his administration are especially important: first, his "zero-zero" decision, announced November 18, 1981, to pursue the elimination of intermediate range nuclear weapons in Europe and, if the Soviets didn't remove their missiles targeted on cities in Europe, to introduce Pershing II and cruise missiles in Europe; and second, his decision, announced March 23, 1983, to undertake research on a defense against ballistic missiles--the Strategic Defense Initiative announced in March 1983.

The NSC minutes of various meetings also reveal the many decisions he made to limit Soviet access to Western technology and sources of hard currency and his efforts to encourage U.S. allies to do the same. In doing so he was taking specific actions to carry out his long-held view that the Soviet Union should bear the full burden of its economic system--the West shouldn't help them. Let me go back to the same 1963 speech I quoted earlier. In that speech he also asked, "If we truly believe that our way of life is best aren't the Russians more likely to recognize that fact and modify their stand if we let their economy come unhinged so that the contrast is apparent? Inhuman though it may sound, shouldn't we throw the whole burden of feeding the satellites on their slave masters who are having trouble feeding themselves?'

Reagan's Accomplishments: It Wasn't All Baked in the Cake

Third, Reagan's accomplishments as president were considerable, and they changed the way the Soviet Union behaved. The Soviet Union had to deal with U.S. policies--not only the military buildup, but the revitalized U.S. economy. The U.S. economy recovered from the 1981-82 recession not only with economic growth and jobs, but with extraordinary developments in technology--including computers and weapons technology.

It wasn't until the U.S. economy was clearly booming and Reagan got reelected that the Soviets decided to return to the arms control bargaining table. They agreed to do so just days after Reagan's reelection. It's possible to argue that the leader the Politburo selected in March 1985--Mikhail Gorbachev--was himself a product of the challenges the United States posed to the Soviets. They badly needed reform and revitalization.

Eventually, in October 1987, after two Reagan-Gorbachev summits and six years after Reagan first proposed zero-zero, they agreed to complete the negotiations on eliminating intermediate range weapons targeted on Europe. Gorbachev had long tried to get Reagan to restrict SDI research to the laboratory in exchange for an agreement and a summit to sign it. The treaty was finally signed in Washington on December 8, 1987.

The CIA documents provide additional evidence that the Strategic Defense Initiative frightened the Soviets and also show that the Soviets were working hard to develop further their own defense against ballistic missiles. Reagan's concern is reflected in the NSC minutes.

The CIA documents show that the agency did a good job of analyzing the problems of the Soviet economy. They're less clear, presenting differing views, on the Soviet military buildup. In spite of their economic difficulties, the Soviets were modernizing their nuclear arsenal, developing new weapons, and adding warheads as they had been doing since the Eisenhower administration. By 1978 they had more warheads than the United States. They added to their arsenal at about 2,000 a year through 1986--two years after Gorbachev came to power--when they had almost twice as many nuclear warheads as the United States.

In 1987 the number of Soviet nuclear warheads began declining. The START I treaty on strategic weapons was in the works. Mikhail Gorbachev stated in 2009 that he and Reagan negotiated 75 percent of that treaty. Both sides continued to reduce their nuclear arsenals, and by 2010 the Russians had about 12,000 warheads; the United States was down to about 5,000. It was dramatic change.

Reagan was the first president in history to persuade the Soviets to actually reduce their nuclear arsenal. In 1988, Reagan's last year in the presidency, Gorbachev announced reductions in conventional forces, especially those in Eastern Europe. The Cold War was over.

Reagan did not crow. "Freedom won," he said, "as we always knew it would."