Remedies For China’s Role In The Pandemic

The more we learn about the origins of the coronavirus, the more the case against China grows. Chinese doctors and scientists encountered COVID-19 patients as early as November 2019, but Beijing suppressed their efforts to research the virus and warn the world. While the emergence of vaccines holds hope for an end to the pandemic, the campaign to hold China to account, however, is only beginning. 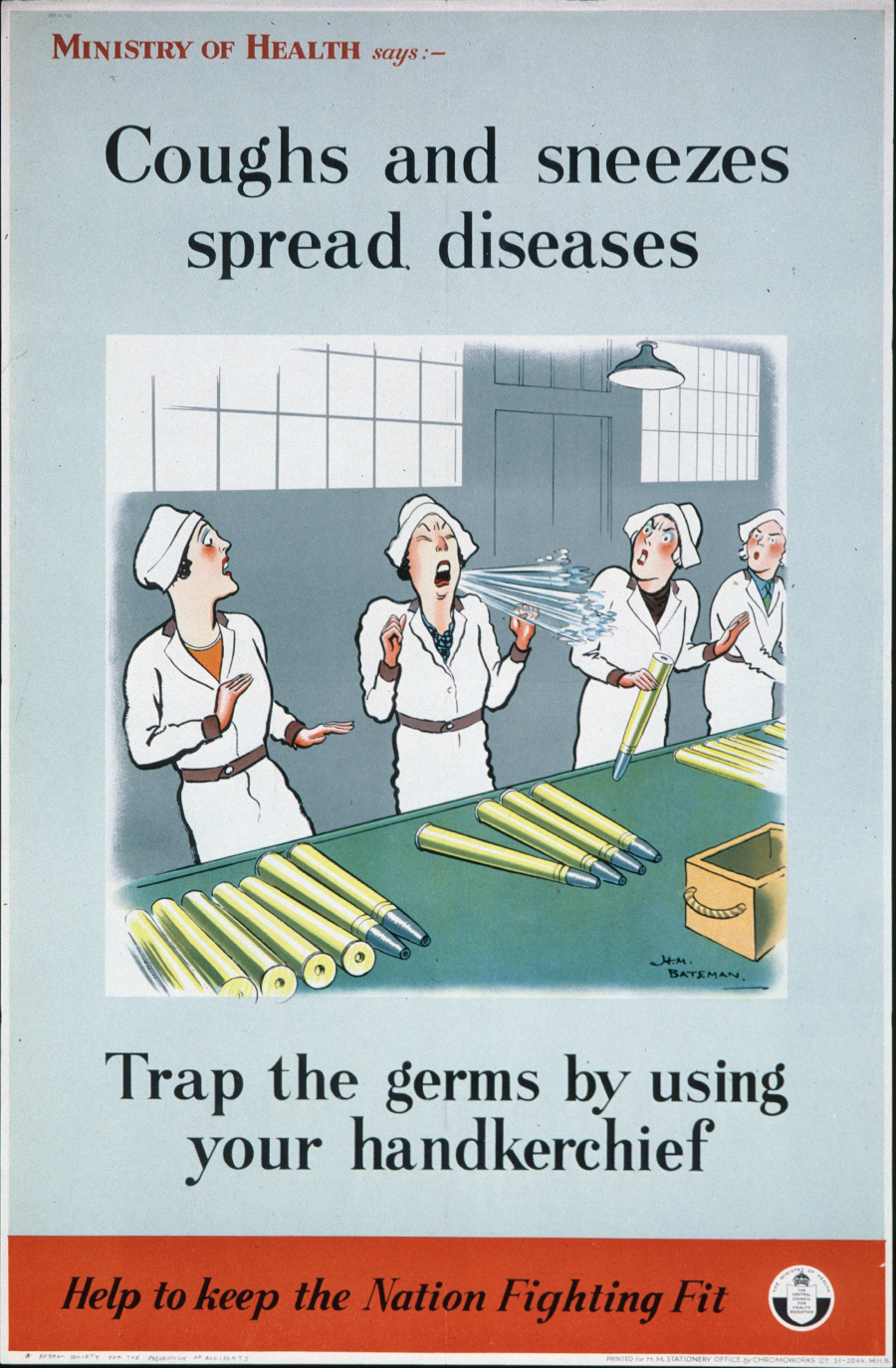 Remedies For China’s Role In The Pandemic 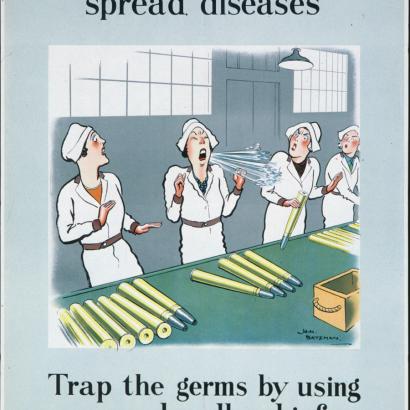 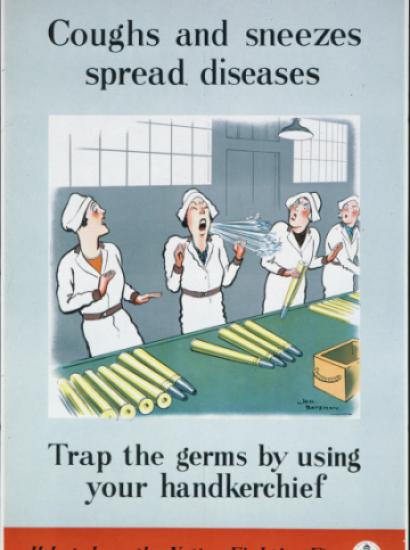 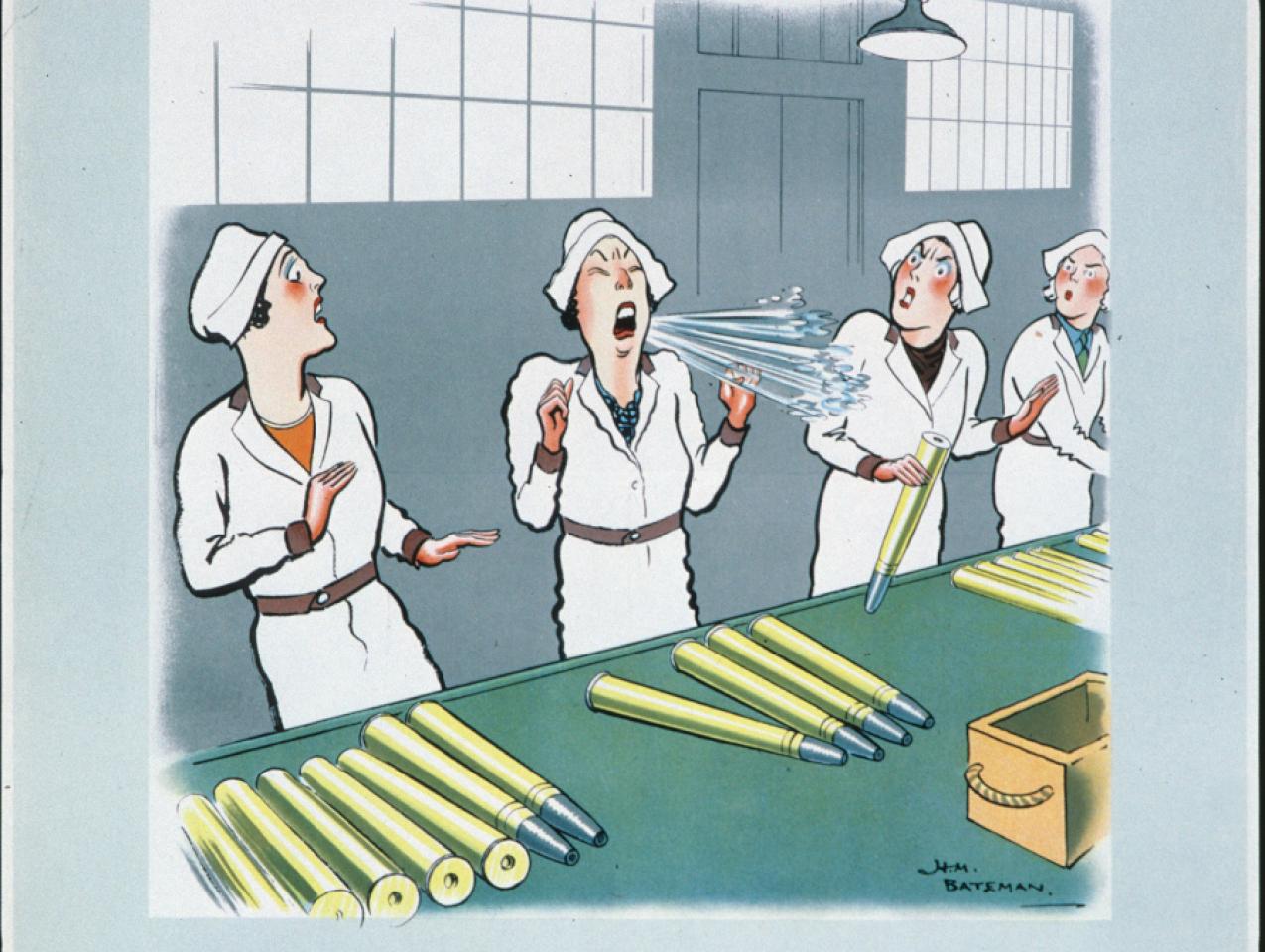 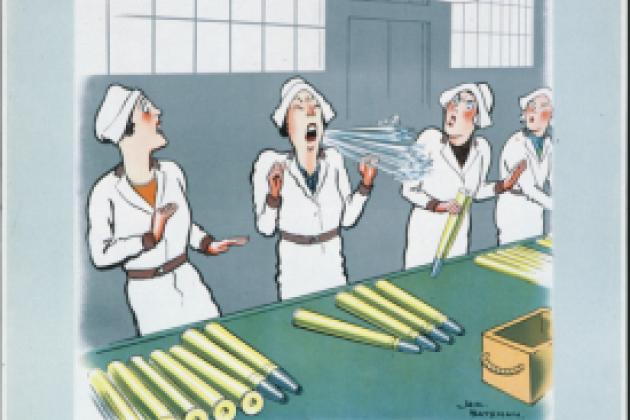 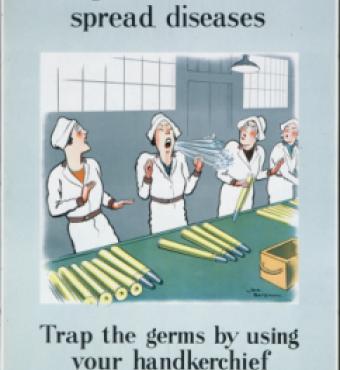 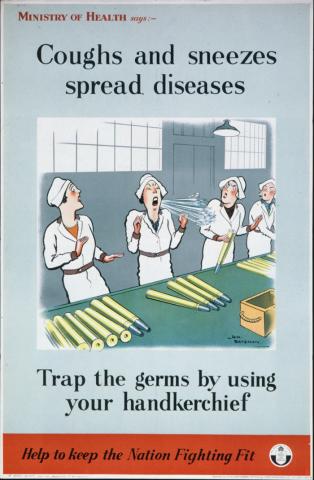 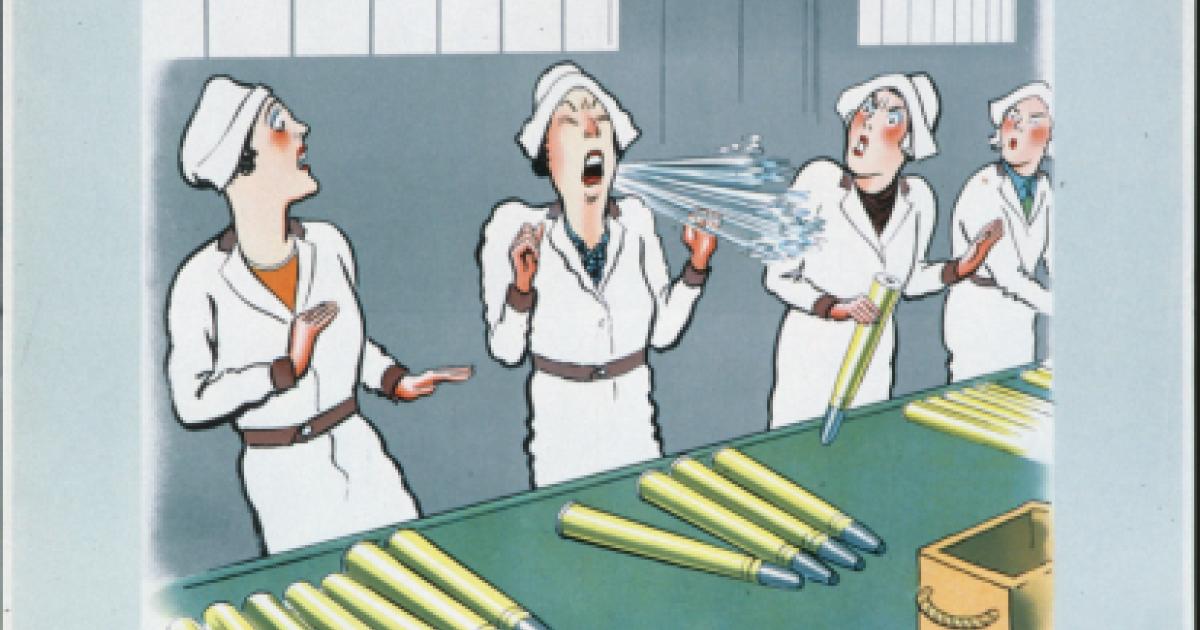 The more we learn about the origins of the coronavirus, the more the case against China grows. Chinese doctors and scientists encountered COVID-19 patients as early as November 2019, but Beijing suppressed their efforts to research the virus and warn the world. While the emergence of vaccines holds hope for an end to the pandemic, the campaign to hold China to account, however, is only beginning.

The United States and other nations must hold China to account not because of anger or a desire for retribution. By making China pay, they can impose the incentives for the Chinese Communist Party (CCP) to improve its behavior the next time. Nations may well need to inflict even more forceful measures to compel China to realize the full costs of its recklessness.

China’s desire to conceal the origins and virulence of the contagion result from a simple set of legal incentives. In domestic and international affairs, our legal systems are familiar with the problem of negative externalities. A factory in one nation, for example, creates a negative externality by polluting the water and air of a neighbor. The upstream nation realizes the benefits of the factory, while the downstream nation suffers the pollution costs. The polluter likely will not stop—indeed, it may well increase its activity—because it does not internalize both the benefits and full costs of its production. (A great deal of economic research, led by Nobel Laureate Ronald Coase, asks whether the downstream nation should pay the upstream nation to stop, whether the polluter instead should compensate the victims, and what clear property rights or liability rules should apply.)

Beijing already externalizes the costs of its rapid economic growth and authoritarian control in a variety of ways. Its factories regularly pollute the air not just of its own cities, but those of South Korea, Japan, and its other neighbors as well. It overproduces commodity products to maintain employment levels. It sends defective, even dangerous, products into world markets.

The coronavirus pandemic represents the deadliest form of Beijing’s negative externalization of its economic and political system. China allows primitive “wet markets” to remain open for business, even though the close proximity of exotic wildlife in food markets encourages deadly viruses to jump from animals to humans. It attempts to operate first world virology and disease research laboratories, even though it lacks the skill and care necessary to run them safely. According to reports in the Washington Post, U.S. diplomatic officials who toured the Wuhan virology and CDC facilities left deeply concerned that the staff could not operate the labs safely. This is because the Chinese Communist Party governs through a hierarchical, authoritarian system that elevates the fiction of a supremely confident technocratic government over transparency, information sharing, and accountability. Local and regional officials continue to misrepresent the spread of the disease in Wuhan and its surrounding region, no doubt to preserve the CCP’s reputation and to escape punishment from the central government. One British study argues that if China’s government had transparently shared information on the outbreak and had taken immediate steps to quarantine Wuhan and the surrounding region, the rest of the world could have avoided more than 90 percent of the subsequent deaths from COVID-19.

Some in Congress and the states have already launched the first salvos. Senators Marsha Blackburn and Tom Cotton recently introduced bills to strip China of its sovereign immunity, which could render Beijing liable to lawsuits in American courts. Some state attorneys general have filed suit against China for the harms caused by the virus. Members of the House of Representatives have asked Attorney General William Barr and Secretary of State Michael Pompeo to sue China in the International Court of Justice.

These proposals may fail on their own, however, because they rely on international law and courts. Despite its propaganda, China has long refused to observe international norms. It intervened to kill American troops in the Korean War, even though U.S. intervention had received the sanction of the United Nations Security Council. It has attacked most of its neighbors, including Russia, India, and Vietnam, in violation of international law. It has annexed unwilling territories, such as Tibet. And most recently, in the South China Sea, it has constructed artificial islands on the high seas and in the territorial waters of other nations. Beijing simply ignored an international court decision finding the islands a violation of the laws of the sea.

Legal remedies will only succeed if the United States and its allies consider more aggressive measures that do not rely upon international courts and organizations for Chinese compliance. First steps include measures that the United States has already taken against nations such as Russia, Iran, and North Korea. The United States could impose economic sanctions on Chinese officials responsible for the suppression of information about the coronavirus or on industries that have stood to benefit from the global response to the pandemic, such as medical equipment suppliers or pharmaceuticals manufacturers. U.S. policymakers could target sanctions against unrelated areas where Beijing is building national champions, such as aerospace, 5G networks, and AI. Washington might even impose general tariffs on Chinese imports or restrictions on Chinese investment in the U.S. as a way to increase the financial costs on China for its deliberate negligence toward the outbreak. Less opportunity may present itself here, however, due to the administration’s existing use of tariffs to wage its trade war with China.

A more aggressive option could turn China’s economic expansion abroad against itself. No longer content to remain a provider of low-cost assembly line manufacturing, China has rapidly increased its foreign investment both in the United States and abroad. China itself holds an estimated $1.07 trillion in U.S. treasury debt; Chinese companies and nationals have spent the last decade snapping up billions in real estate in America’s priciest cities. Chinese state-owned enterprises have endeavored to buy American high-tech companies with strategic value. Beijing’s Belt and Road Initiative has directed even more money for a new “Silk Road” that will link China to western markets—BRI has reportedly spent $200 billion on infrastructure projects from Sri Lanka and Pakistan to Greece and Italy.

China’s expansion in foreign property renders it vulnerable. The United States could expropriate Chinese property in the United States, even to the point of cancelling Chinese-held treasury debt, and use the proceeds to compensate Americans harmed by the pandemic. While the United States usually stands in favor of property rights abroad, it has resorted to similar methods in the past during times of crisis. American states cancelled British-held debts during the Revolutionary War, and under the Jay Treaty of 1796 the federal government ultimately paid compensation to those with claims against the British. In response to the Cuban Revolution of 1959 and the Iranian Revolution of 1979, the United States froze foreign government assets and attempted to use them to compensate Americans who lost property or businesses.

The United States could further strike a serious blow to Chinese economic interests by encouraging its allies in the developed and developing worlds to follow suit. China has secretly been lending billions to African nations; the United States could encourage them to renege on their debts. China has allegedly sent aid to Venezuela and other Latin American countries; Washington could resolve civil wars and political disputes in its backyard while protecting them from Chinese efforts to collect. Washington could support these nations by making American lending facilities and foreign aid available and folding them into free trade agreements. It could agree with European and Asian nations to resist Chinese efforts to pursue compensation when they renege on loans, expropriate ports and other infrastructure, and seize property.

The attractive element of these measures is that their execution rests in the hands of each sovereign government. China has placed its assets within our control; it would have to throw itself on the mercies of our courts for their return—a possibility that Congress could eliminate by legislation. The main criticism of these options rests in tit-for-tat escalation: China could respond by seizing American-owned property within its own borders. The United States would have the superior legal and moral claim, in that its expropriations serve to settle China’s debt to the world for its coverup of the coronavirus outbreak. China’s response would only amount to retaliation for the abrupt seizure of its property abroad.

While China could respond with its own expropriations, they might end up harming China more than the United States. The CCP keeps itself in power through a combination of ruthless oppression and broad, rapid economic growth. Seizure of foreign investment could lead to an end to the free trade and open markets that have facilitated China’s remarkable economic rise. Beijing can seize the factories that assemble iPhones, but it cannot capture the human capital that invents the technology and designs the devices—those remain with the United States and its allies. If China cannot innovate, which the United States could make all the harder by blocking Chinese students and researchers from Western universities, it will only be left holding factories designed to mass produce cheap goods. Expropriations could trigger a rapid economic decoupling of China and the U.S. that could leave China stuck in the mass production forms of the 20th century economy while the U.S. and its allies advance toward a world where the information and communications revolution, decentralized 3-D printing and AI can more quickly transform intellectual creativity into goods and services.

To be sure, U.S. expropriations could roil the postwar economic system that Washington has cultivated since the end of World War II, much to its own and the world’s benefit. Nations might come to doubt the rule of law in the United States and Washington’s strong defense of property rights, which have created the stability and predictability needed for the remarkable economic growth of the last 75 years. Cancelling Chinese-held U.S. debt could trigger severe disruption in the market for U.S. treasuries, which could further undermine other financial markets. The United States would have to deploy political and financial leadership to assure other nations, and the markets, that it will limit these options solely to forcing China to pay for the greatest public health disaster in a century. It can then set about the work of constructing a new international order that takes greater account of the new great-power rivalry that may replace the peaceful U.S. hegemony of the last eight decades.