Restoring Liberty To The States

Our Constitution delegates lawmaking power to Congress and local polities—so why are we ruled by administrative bureaucrats?

Restoring Liberty To The States 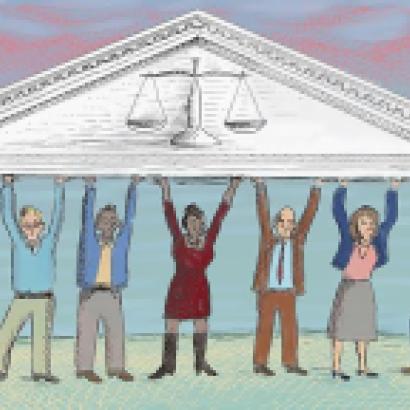 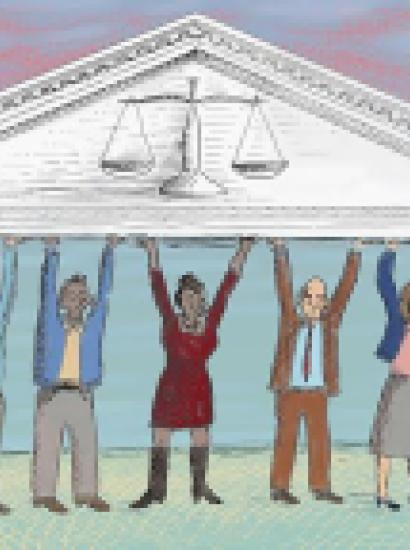 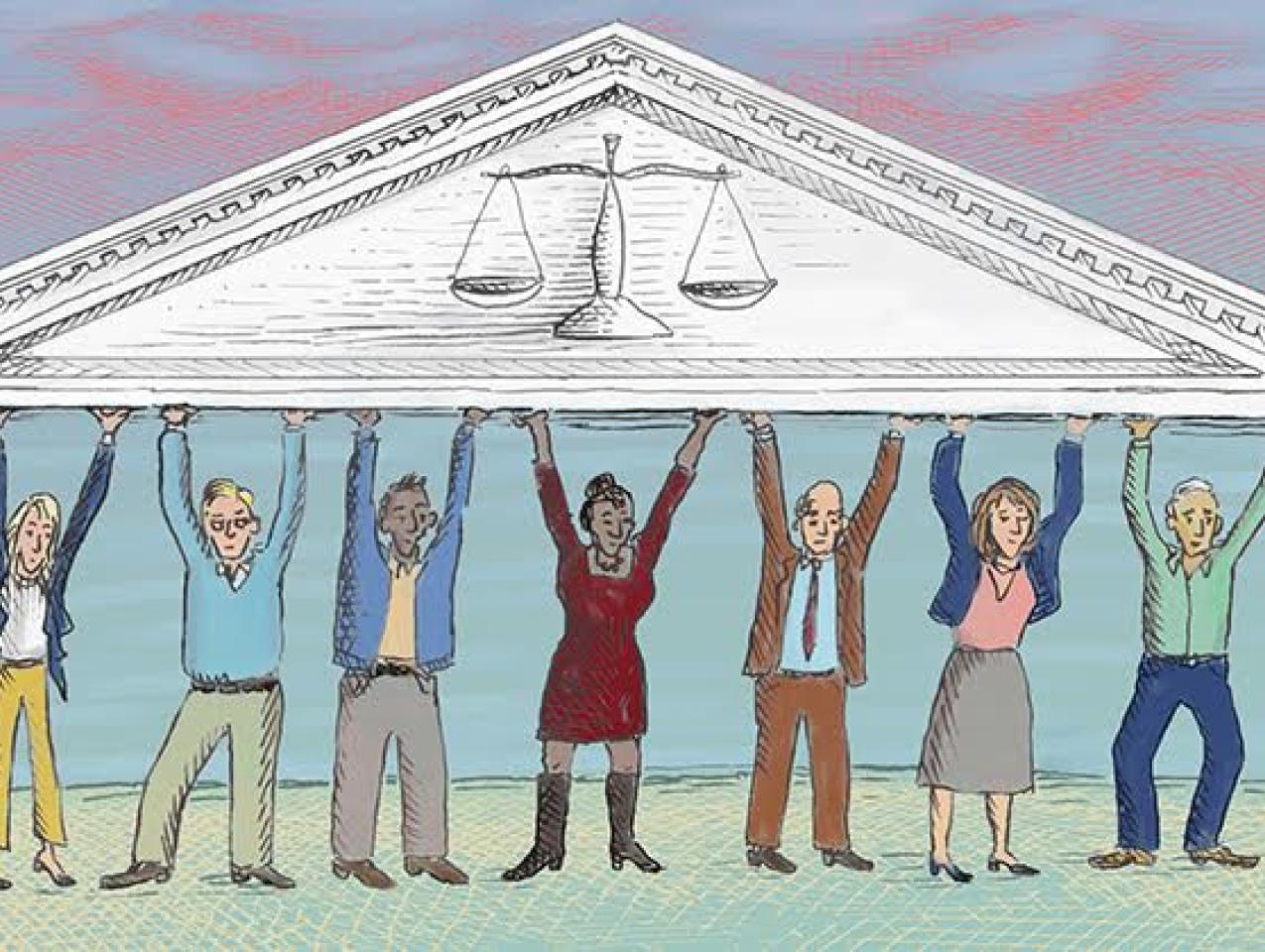 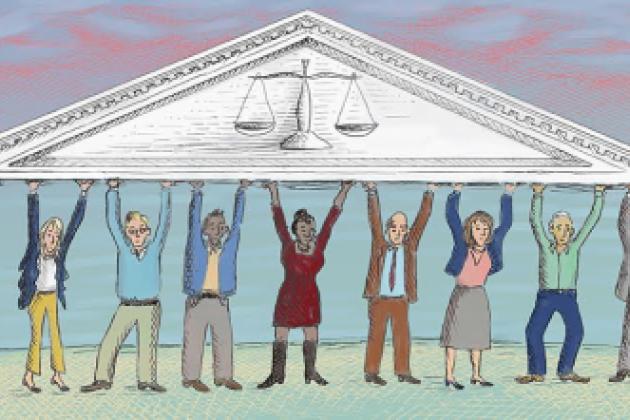 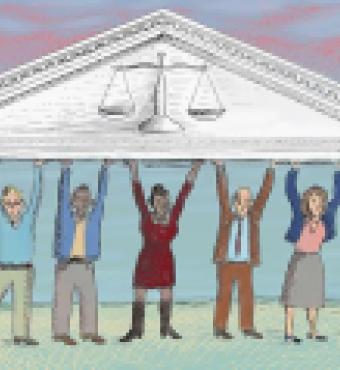 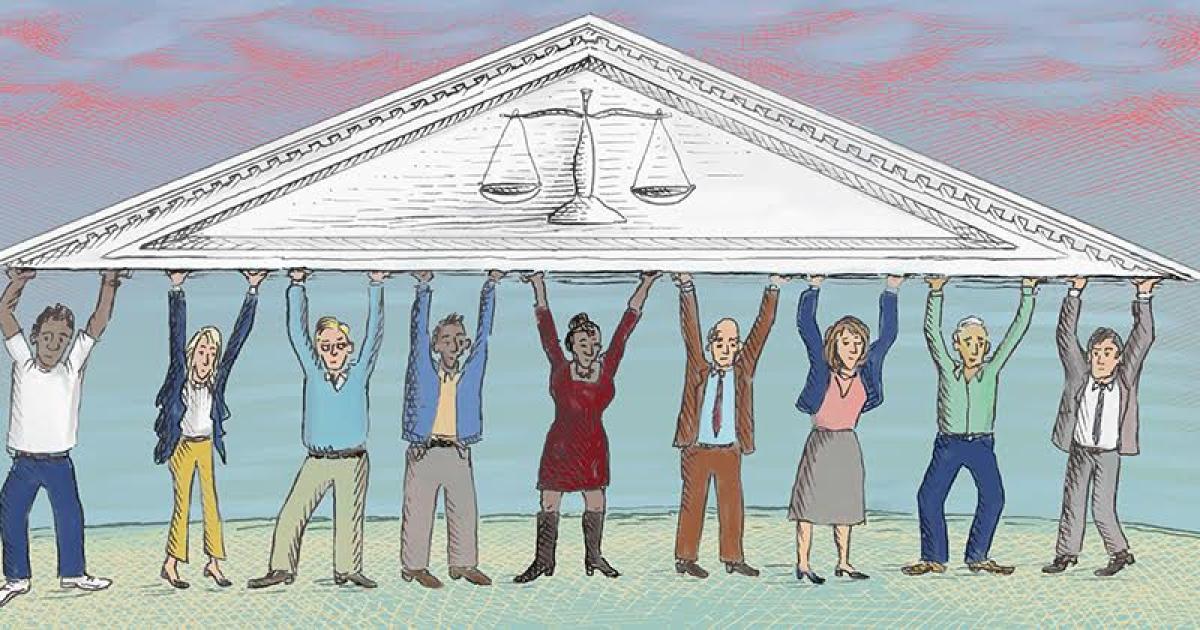 Our Constitution is explicit about who makes laws. Article 1 says: “All legislative powers herein granted shall be vested in a Congress.” One might think that the clause could not be misinterpreted or ignored, but it has been. An overwhelming number of federal laws are now made by administrative agencies under the executive branch. Our Constitution provides a government of checks and balances to protect citizens against tyranny, but these agencies are not subject to those checks and balances and they run roughshod over our liberty.

They pass their own rules and enforce the rules they make. In the event of challenge, they adjudicate the matter and issue judgments. Complaints can be heard in the regular court system, but that is a slow process. An outrageous example was a decision that closed a major accounting firm—Arthur Andersen—in 2003. By the time, the courts decided that the administrative decision was wrong, the Arthur Andersen personnel had scattered and the offices had closed. That is one well-known example but there are many others.

Congress has considered legislation to restore Congressional control of the legislative process several times. Such changes to strengthen Congressional influence never pass. As many as three of the nine Supreme Court justices have recognized that administrative agencies like the Environmental Protection Agency, the National Labor Relations Board, the Securities and Exchange Commission, and others violate checks and balances. Nothing changes.

Most law is what the regulating agencies say it is, and they have much to say. They make more rules than Congress. This weakens the rule of law. Although lawyers have not agreed on a short statement of the rule of law, all agree that laws should apply to all relevant parties without exception. “Equal justice under the law” is engraved on the front of the Supreme Court building in Washington. Notwithstanding, administrative officials grant privileges to special interest groups often at the request of individual members of Congress.. With each passing year, we become less a government of principles and more a government of men and women. That is contrary to the rule of law

The regulatory system does not work well. The long waiting lines at some Veteran Administration facilities are well known. Similar problems affect patients in other parts of the federally administered health system. Regulation and paperwork divert doctors from patient care. Reform is overdue.

Massive increases in regulation of business create uncertainty. One result is that companies cannot anticipate the future, so firms have not invested in new equipment. And without new investment, productivity growth is slow, and middle class incomes stagnate.

Then, we have the many poverty programs spending billions of dollars annually without much if any reduction in the poverty rate. President Clinton lowered the number of people living in poverty by requiring that recipients work, but the Obama administration has let young workers drop out of the labor force, live on social benefits, and occasionally work in the underground economy. Since these workers do not go to school and do not get skills training, they never get the job training that increases skills and earnings. As a result, they are likely to remain in poverty all their lives.

To improve the outcomes and reduce widespread dissatisfaction, I propose that many Federal programs be returned to the states and the public. The Tenth amendment says that all powers not explicitly granted to the federal government “are reserved to the states and the people.” Instead of uniform federal programs that restrict choices to those made in Washington, citizens of each state could select many of the rules under which they choose to live. If California and New York voters prefer big government, they can choose to pay for it without imposing their preferences on everyone else.

Some recent studies have shown that government approval of hundreds of hospital mergers raised consumer costs. Where a market has four hospitals instead of one, costs are 15 percent lower. Where two hospitals compete, costs are lower also. Yet regulators permitted hundreds of mergers that eliminated competition. And permitting airlines to merge created monopolies in many cities. The result: poorer service, more crowded space, and higher prices.

With increased federalism, state programs would diverge from the federal requirements. Over time, voters would learn how well or poorly different programs work and how efficient or costly they are. Some states would compete by finding ways to reduce costs while improving service. Competition lowers prices and improves products and services in the private sector. It would do the same in the public sector given the opportunity because many federal programs are wasteful.

The United States has the world’s most heterogeneous population. People have come here from every part of the earth. They grew up in many different cultures, and they teach some of their beliefs to their children and grandchildren. Unlike the more homogeneous populations of European countries like France or Norway, people in America hold many different beliefs. Taking advantage of the Constitutional clause that favors greater freedom, I favor letting voters choose the details of programs at the state level in a way that permits voters to differ about means and ends. One size does not fit all.

What is true of economic regulations is even truer of many social policies. Attitudes and beliefs about specific programs vary widely. Some people favor social regulations while others despise them. Abortion, gay rights, drug use, and tobacco regulation are some examples.

The law now requires any business that services weddings to service gay marriages. This strikes me as a denial of personal liberty. Shouldn’t people have a right to their prejudices? Some polities would choose to enforce that law. Others would not. Federalism offers us a way to reduce social conflict.

It would not be perfect, of course. Some who approve of a law would be annoyed that not everyone is subject to it. And some who oppose the law would be offended also. One of the perennial mistakes in public policymaking is to claim that the same rule must apply to everyone. We are humans with different beliefs, cultures, and desires.

Our founding fathers recognized that the different states would make different policy choices. The conflict over slavery made that clear. But in Federalist 10, James Madison recognized that some programs must be enforced at the federal level. He had in mind a common currency and common defense—and, with the passage of time, we have added anti-discrimination laws, telecommunications, and much else to that list. My proposal is to return many issues to the states while recognizing that some programs must be federal.

It will not be easy, but it is not hopeless. Government has started to move some programs to the states. The states regulate alcohol, tobacco, and now cannabis. Medicaid that provides health care to the indigent is administered by states. Congress recently reversed President George H. W. Bush’s federalizing of education. Program responsibility is reverting to the states.

Medicare and other health care programs would be a great next step. The programs are inefficient and face startling future costs as the population ages. Congress has not developed a humane plan that reduces costs. Competition between states would help.

Above all, my desire is to restore lost liberties and prevent further loss. Liberty and the rule of law helped to make us a great nation. We can become greater still, if we maintain our competitive market economy and strengthen the rule of law by reducing administrative power.

For those interested, I have held the first two research conferences with my Hoover colleagues called “Regulation and the Rule of Law.” Papers from the first year’s conference are available from the Hoover Institution.