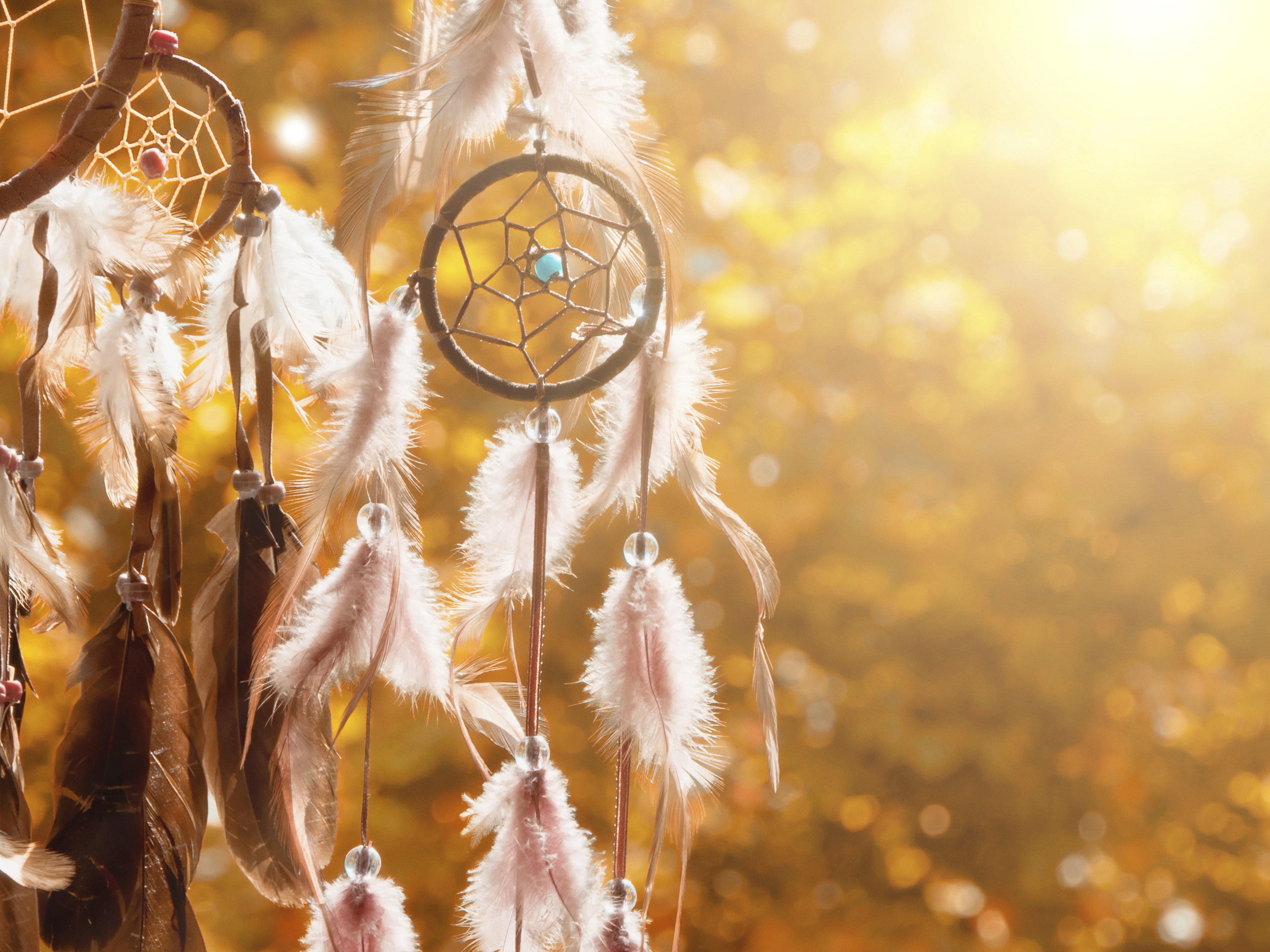 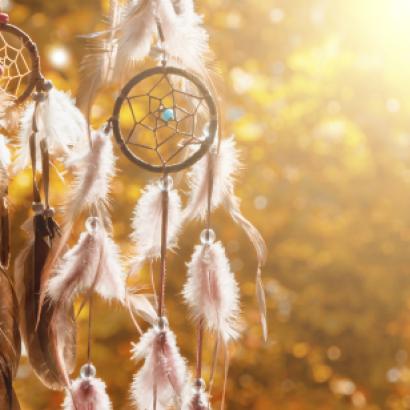 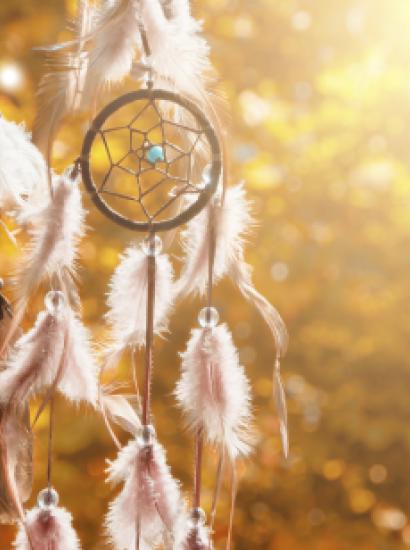 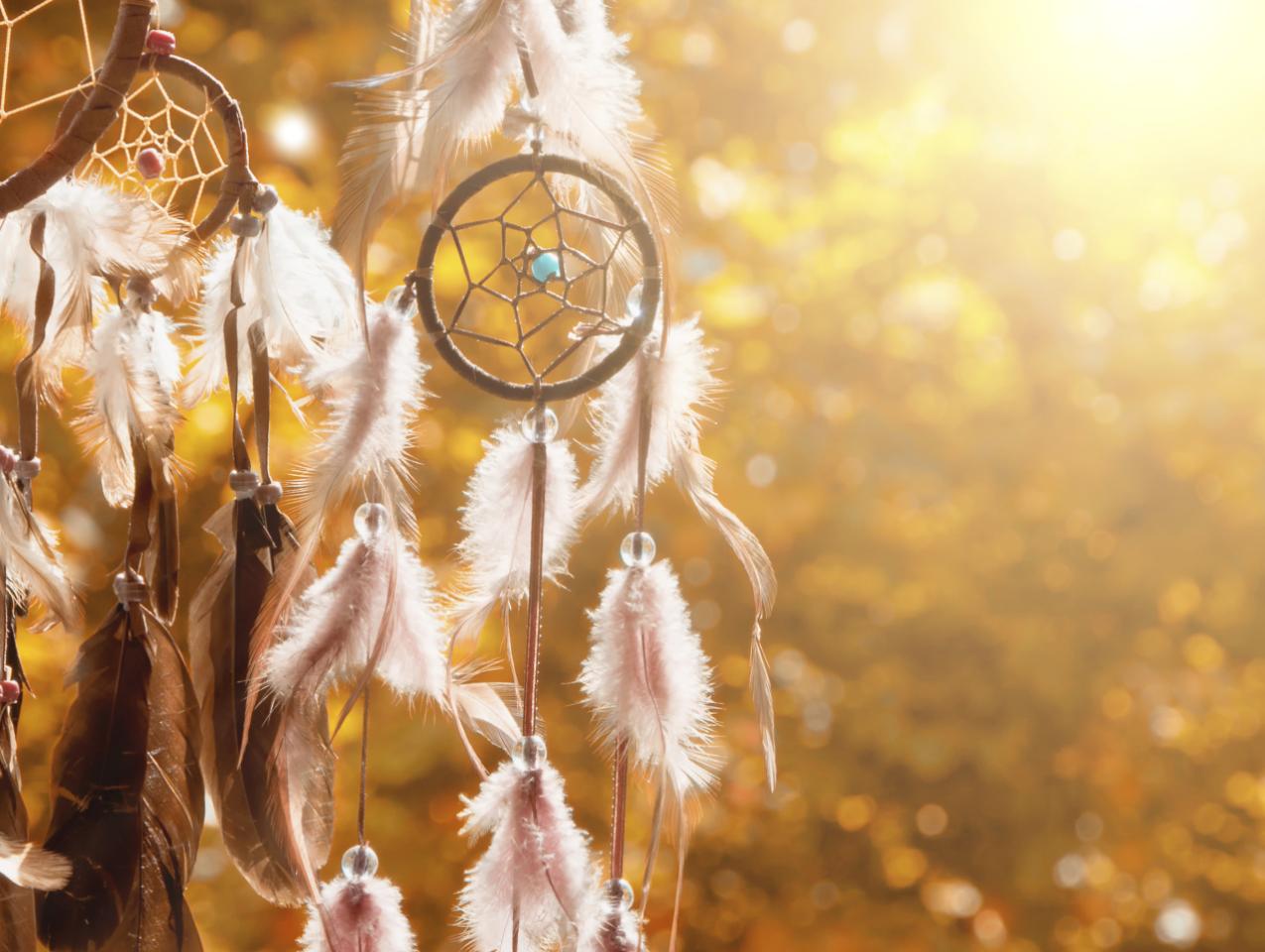 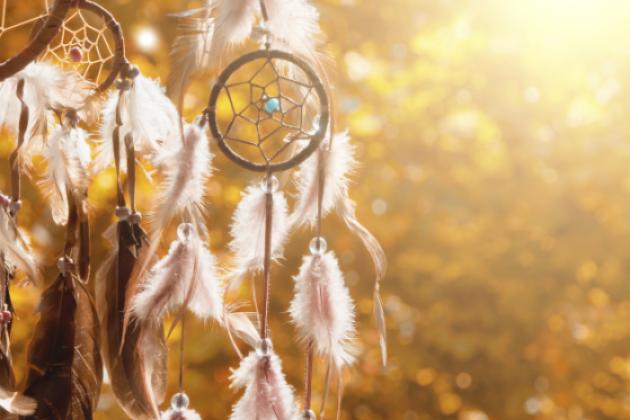 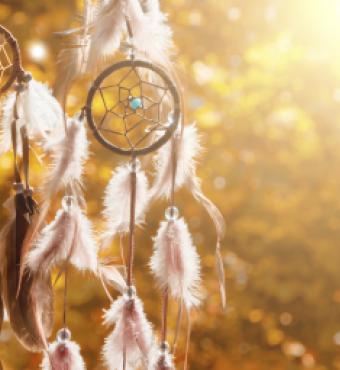 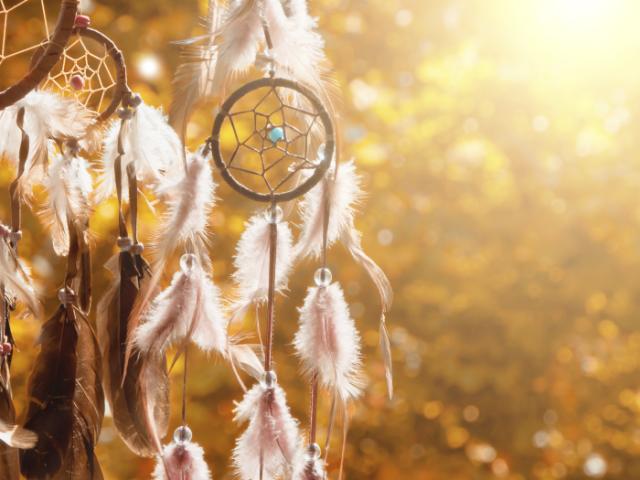 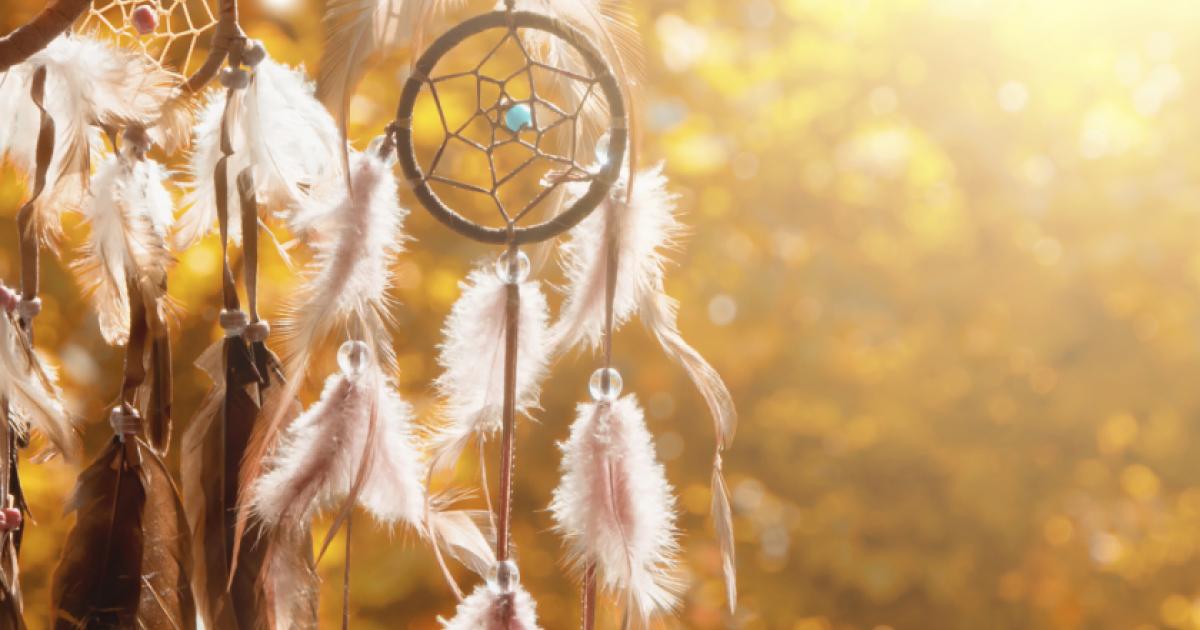 President Trump proclaimed November Native American Heritage Month, encouraging all Americans “to learn about the rich history and culture of the Native American people.” Native American Heritage Month dates back to 1990 when President George H. W. Bush signed a proclamation reminding Americans that, long before European explorers colonized America, Native Americans had been living here under their own system of social order. Their societies had evolved rules for managing human capital and natural resources, institutions that fostered innovation in the collective production of food and the protection of territories. And their entrepreneurship allowed them to survive, adapt, and prosper in a changing world. It’s time to renew these indigenous traditions of entrepreneurship and prosperity. As Trump rightly points out, “the United States is stronger when Indian Country is healthy and prosperous.”

But today, Indian Country is anything but healthy and prosperous. In the United States, 20 percent of reservation households make less than $5,000 annually, and Native Americans are more likely than non-Natives to be assaulted, incarcerated, or to commit suicide. As one of us, Terry Anderson, outlined in testimony before the U.S. Commission on Civil Rights last year, the disparities between Native Americans and other Americans are the result of an institutional gap—a lack of property rights, clearly defined jurisdictions, and effective governance structures on Indian reservations. Most Native Americans lack title to their lands, because much of Indian Country is held in trust by the federal government. Without title or decision-making authority, tribal governments must endure lengthy federal approval processes before developing their land or allocating natural resources. This dependency on the federal government has eroded traditional indigenous community structures.

In the nineteenth century, the young nations of the United States and Canada enacted laws designed to undermine indigenous governance and economic independence. North America’s indigenous institutions—like tribal councils, sun dances, and potlatches—had evolved over centuries, but were suddenly declared illegal and replaced by federal programs. In both countries, a diverse set of indigenous governance structures, property rights, and trade networks was replaced by a monolithic system that centralized the provision of goods and services and fostered dependence on federal governments. “The indigenous population of the hemisphere was deprived not only of land and freedom,” observes Hoover fellow Thomas Sowell, but also of “the underlying foundation of cultural traditions on which any society is based.”

Colonial-era policies and paternalistic attitudes continue to restrict economic activity on reservations and most indigenous economies remain dependent on the federal government. Government programs, however, have done little to alleviate the poverty and social ills prevalent on reservations. Indigenous peoples are thus locked in a type of colonial bondage that stifles their integration into modern economies.

Take, for example, the Crow Reservation in Montana, one of the largest coal owners in the world, sitting atop mineral assets valued at $27 billion. As Shawn Regan and Terry Anderson explain, the Crow, like other tribes, are required to obtain approval from the Secretary of Interior before developing their land and natural resources. Without clear jurisdiction over their land and resources, the Crow’s coal generates little revenue and does little to reduce the 78 percent unemployment rate.

Despite its very real troubles, the future of Indian Country is not bleak. There are bright spots. Throughout North America, indigenous leaders and entrepreneurs are innovating to lift their communities out of poverty. What’s especially remarkable about these bright spots is that they are examples of people and communities overcoming huge obstacles to close the institutional gap. One example is the Winnebago Tribe of Nebraska. The tribe followed a familiar path to acquire an influx of capital for their nation—casino gambling—but their casino was the first step of a strategic plan toward self-governance and economic prosperity. Rather than distributing casino profits to tribal members on an annual basis as most tribes do, the Winnebago Tribe established the Ho-Chunk corporation, a tribal investment and economic development firm that financed the infrastructure necessary to attract investors, businesses, and residents.

Meanwhile, the tribe established trade with neighboring tribes, enacted tribal laws and tax codes designed to bypass and pre-empt state and federal laws, and cooperated with neighboring state governments to establish mutually beneficial policies to generate revenue for continued development. The Ho-Chunk corporation and tribal leaders had a clear focus on meeting the needs of their community, including addressing a severe housing shortage.

To overcome a reliance on federal housing projects, Ho-Chunk built dozens of new units on fee-simple land, increasing home ownership by 4.6 percent and mean home values by 28.7 percent. From 2000 to 2013, while Nebraska saw 30 percent growth in incomes state wide, the median household income on the reservation grew by 61 percent. “By enacting tribal laws,” legal scholar and Winnebago leader Lance Morgan explains, “the tribe expands and flexes its sovereignty. It really is quite simple. Federal Indian law is restrictive and tribal law is expansive.”

Another bright spot is the growing trend of self-determination on reservations that dates back to the Nixon Administration. In recent decades, several tribes, such as the Blackfeet Tribe of Montana and the Confederated Tribes of the Umatilla Reservation in Oregon, have contracted with the federal government for the local provision of community services. Today more than one third of the Indian Health Services budget is allocated directly to tribes. As tribal governments employ tribal members as administrators, nurses’ aides, and increasingly as doctors and nurses to provide services in their own communities, the employment of D.C.-based bureaucrats making decisions for Indian Country has decreased accordingly.

From 1983 to 2014, while appropriations to the Bureau of Indian Affairs increased, the number of direct employees decreased from approximately 15,000 to approximately 8,700. Additionally, as tribes take ownership of service provision, federal contributions to service provision are supplemented by tribal gaming profits and other revenue streams, which can far outweigh federal appropriations.

Local decision making and service provision ensure more accountability to the community, greater cultural understanding, and more effective services. To overcome the historical mistrust that has prevented people from seeking care, the Blackfeet have invested in a tribal research institution and laboratory, so genetic samples never leave the reservation. To address the lack of medically trained professionals on the reservation, the Confederated Tribes of Umatilla invest in developing a workforce, and now more than half of their health center employees are American Indians or Alaska Natives. Not surprisingly, as former Assistant Secretary of Indian Affairs Kevin Washburn points out, “tribal governments have proven more institutionally competent than the federal government in serving Indian people.”

These successful tribal nations—though culturally diverse—have focused on clearly defined jurisdictions and governance. Their successes illustrate that moving out of the colonial era is a matter of renewing and adapting old indigenous institutions, such as local decision-making, inter-tribal trade, and clear property rights.

Markets are often considered to be anathema to indigenous culture. However, long before colonialism, market institutions had evolved throughout the Americas. Prior to European contact, indigenous communities up and down North America’s Pacific coast developed extensive trade networks, a shared language of commerce (Chinook), and gift-giving ceremonies like the potlatch—a form of wealth redistribution that fostered harmony within and among tribes. As Juli Holloway of the Tulo Centre of Indigenous Economics at Thompson Rivers University in Canada explains, “economy and culture are connected. The potlatch ban didn’t just strip away our right to cultural practices. It took away our economies because we couldn’t redistribute wealth, which is a form of income tax when you really think about it. Market ideas were actually ideas we had before and they’re not colonial.”

What we are observing in North America’s indigenous communities has been called a “renaissance in tribal self-governance” and an “economic civil rights movement.” Put another way, the devolution of power from the Feds to tribes is an experiment in federalism and decentralization—one that appears to be working. The innovation emerging on reservations in the United States can unlock many untapped resources for Native Americans. For example, undeveloped energy resources on tribal lands could generate nearly $1 trillion in revenues for tribes and surrounding communities. American Indians and Alaska Natives also have an untapped labor pool with a median age of 26, compared to 37 for the United States.

President Trump has promised to adopt policies that increase the economic well-being of Native American communities. In the short-term, the federal government has treaty and trust responsibilities, including funding for reservation infrastructure, which it must honor. But in the long-term, it should focus on promoting self-sufficiency both for tribes and individuals.

There is much to learn from the innovation taking place in indigenous communities. The Hoover Institution’s Renewing Indigenous Economies research initiative, in partnership with the Alliance for Renewing Indigenous Economies, has already undertaken work to understand what institutions work best for local peoples, economies, and cultures. Along with our allies at the Tulo Centre of Indigenous Economics and the Ngāi Tahu Research Centre at the University of Canterbury in New Zealand, we will support academic research, foster communication among tribal leaders, educate policy makers, and share indigenous success stories with the public.

Ultimately, the success of indigenous tribes and peoples is about more than economic prosperity; it’s about dignity. As Bill Yellowtail, the Apsáalooka (Crow) leader explains, “Indian sovereignty—the autonomy of the Indian person—means re-equipping Indian people with the dignity of self-sufficiency, the right not to depend upon the white man, the government, or even the tribe. This is not a new notion. It is only a circling back to the ancient and most crucial of Indian values—an understanding that the power of the tribal community is founded upon the collective energy of strong, self-sufficient, self-initiating, entrepreneurial, independent, healthful, and therefore powerful, individual persons. Human beings. Indians.”