A Return To Economic Liberty

Lochner should not be likened to decisions that validated slavery, segregation, and internment. 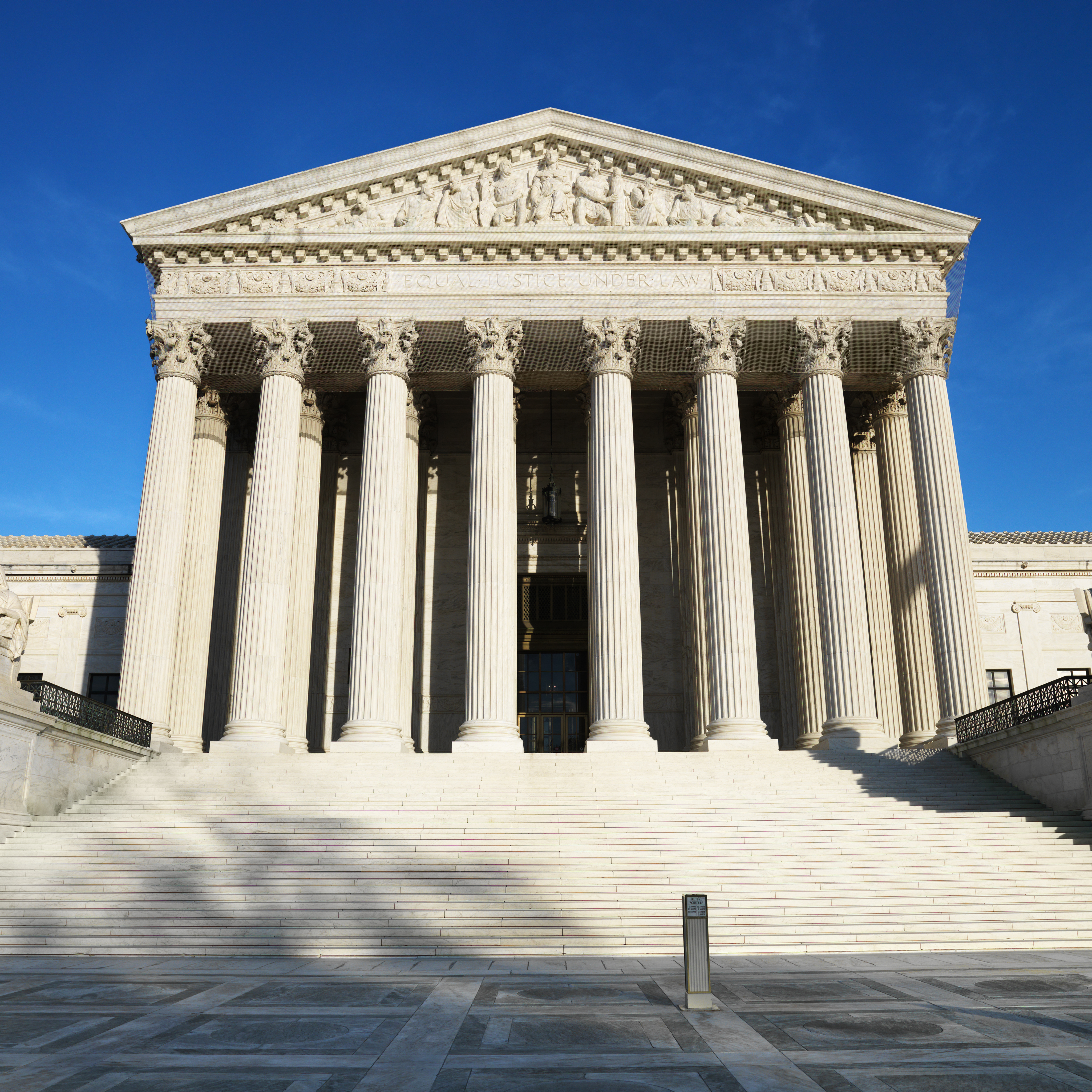 A Return To Economic Liberty 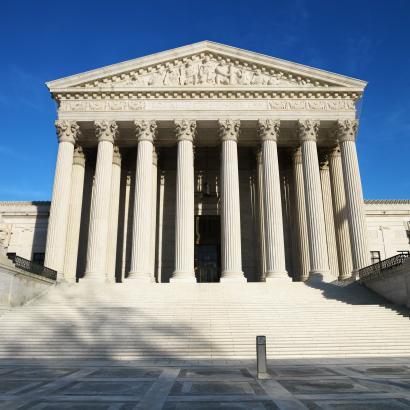 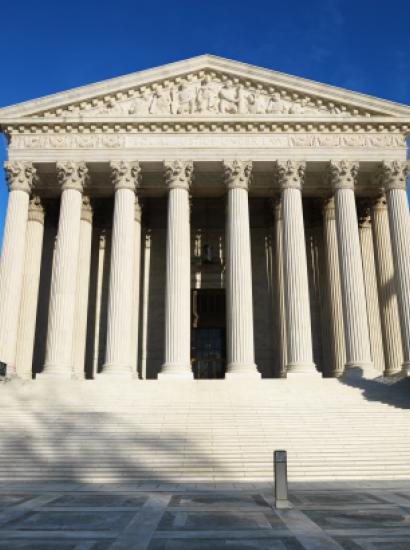 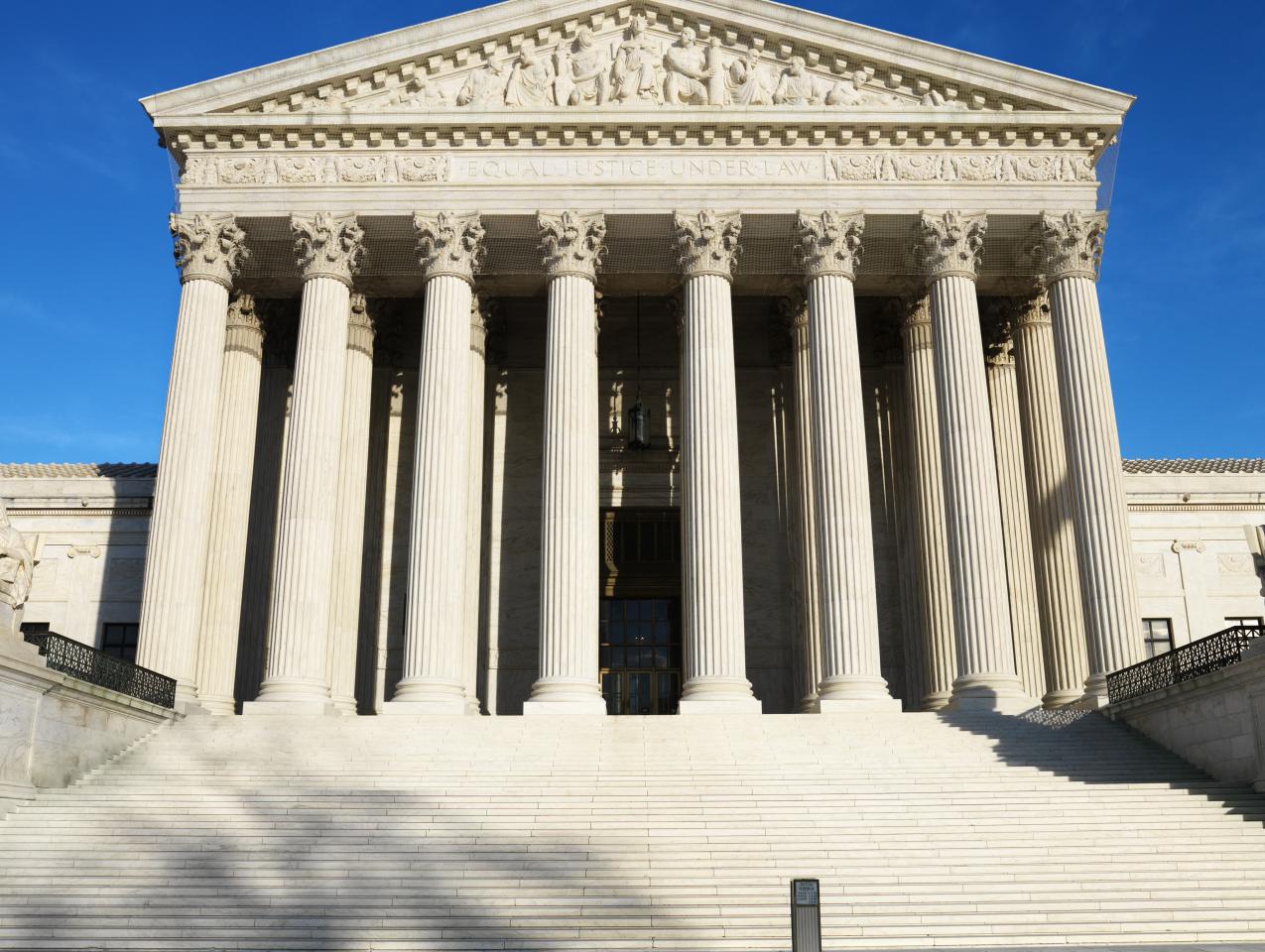 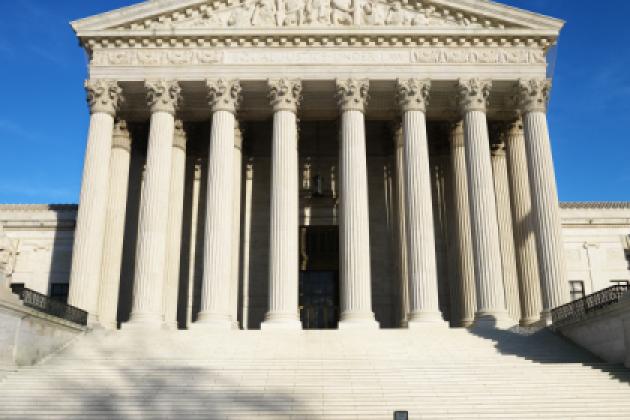 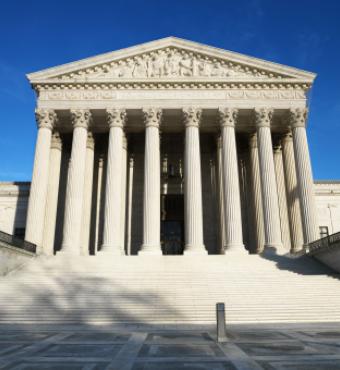 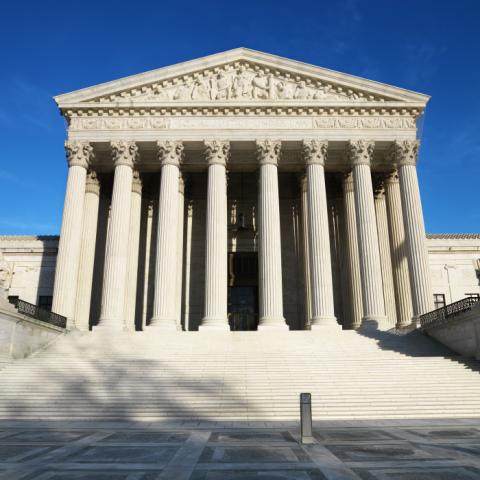 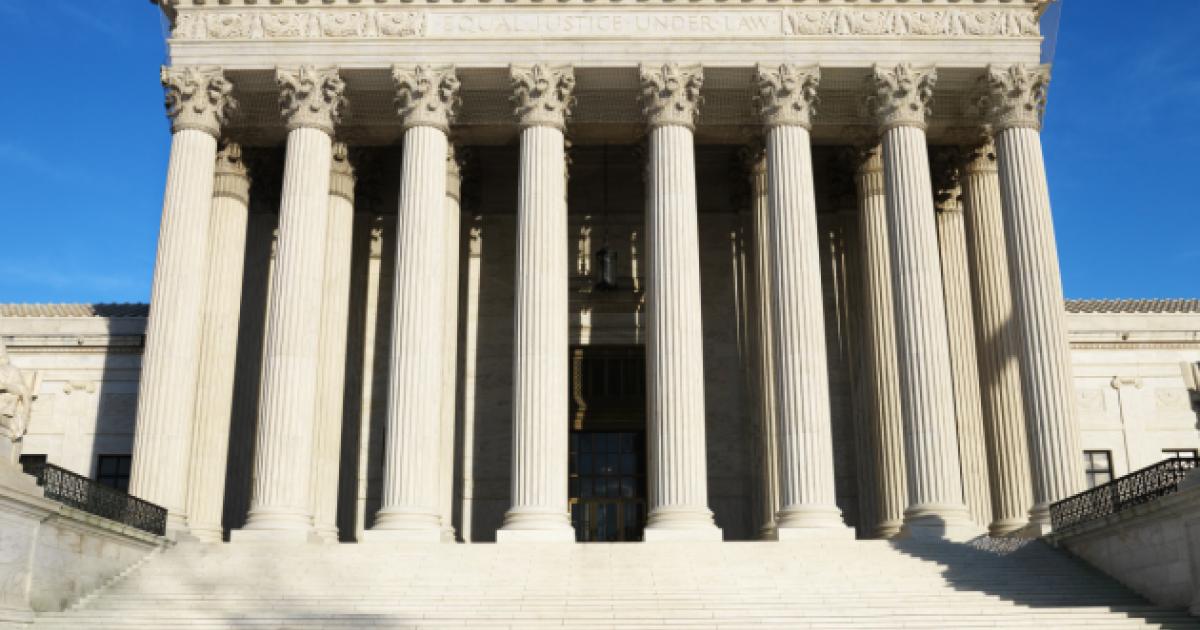 Earlier this month, I delivered the opening address to the Federalist Society’s National Student Symposium dedicated this year to the topic of the “Resurgence of Economic Liberty.” Economic liberty refers to the ability of individuals to sell their goods and services, or to buy goods and services from others, on whatever terms and conditions they choose. This regime of freedom of contract assumes that voluntary trade is mutually beneficial, and that its externalities are typically positive: the increased wealth and happiness of the trading partners increases the opportunities for trade for others. The theory of economic liberty does not allow the threat or use of force. Nor does the theory tolerate acts of monopolization. At the peak of laissez-faire, both of these practices were rigidly prohibited. Notably, both the antitrust law and the law of rate regulation were appropriately part of the laissez-faire system.

Economic liberty was constitutionally protected until the New Deal. One major landmark of that period was Lochner v. New York, the now much-reviled 1905 Supreme Court decision that struck down a New York law that limited the hours employees in some bakeries could work to ten hours per day and no more than sixty hours per week. The court held that the law did not protect the “health or safety, morals or general welfare” of the employers and employees, and infringed on their economic liberties, which were protected by the Due Process clause of the Fourteenth Amendment.

A few years later, in Adair v. United States (1908), the Supreme Court struck down a federal statute that sought to criminalize the actions of employers engaged in interstate commerce who required prospective employees to agree to not join a union as a condition of their employment. Seven years later, Coppage v. Kansas (1915) held the same with respect to a similar state statute. Finally, in Adkins v. Children’s Hospital (1923), the Supreme Court struck down a minimum wage law for women in the District of Columbia.

None of these decisions have survived. Overruling of Adair and Coppage paved the way for the passage of the National Labor Relations Act in 1935, governing collective bargaining agreements. Overruling of Lochner v. New York and Adkins paved the way for passage of the Fair Labor Standards Act of 1938, which regulated minimum wage and overtime laws.

A case is known by the company it keeps. According to Columbia Law Professor Jamal Greene, Lochner is one of four cases that falls into the “anti-canon” of unspeakable decisions. The others are Dred Scott v. Sandford (1856), Plessy v. Ferguson (1896), and Korematsu v. United States (1944). Closer to home, Chief Justice John Roberts in his dissent in the same-sex marriage case of Obergefell v. Hodges accused Dred Scott and Lochner of committing the same sin: “It can be tempting for judges to confuse our own preferences with the requirements of the law.” The Chief Justice was right in his condemnation of the majority in Obergefell. It was widely understood at the adoption of the Fourteenth Amendment that the state’s police power allowed for the regulation of same-sex conduct. And the notion of liberty embodied in that Amendment referred to the traditional liberties historically recognized. It is therefore possible both to be in favor of same-sex marriage and to be opposed to the Obergefell decision. Constitutional law need not align itself perfectly with one’s political or moral commitments.

That said, there is a lingering difficulty of the Chief Justice’s opinion because at no point does he explain what decisions meet the requirements of law and which merely reflect a jurist’s “preferences.” Both Lochner and Dred Scott struck down laws, just as Plessy and Korematse upheld them. So where, then, does the law go?

To run the analysis correctly, it is necessary to do two things: First, to give some moral assessment of the laws in question; and second, to explain what went wrong in Supreme Court decisions like Dred Scott. By that standard Lochner is a manifest outlier. Recall that Dred Scott held in the ugliest language imaginable that former slaves, and indeed free blacks, were incapable of being made citizens of the state in which they resided. It also struck down the Missouri Compromise of 1820.

The fundamental tenet of any decent legal system is that all natural persons are endowed with certain rights that the state cannot deprive them of by fiat. That at least was the premise of the Declaration of Independence, from whose general strictures Chief Justice Roger Taney excluded by fiat all Americans of African descent. His decision in Dred Scott was both a moral outrage and legally indefensible to boot. Freeing slaves may not have legally made them citizens, but it surely allows the state in which they reside to make them such. So little more than a decade later, the First Clause of the Fourteenth Amendment put that Dred Scott to rest when it affirmed “All persons born or naturalized in the United States, and subject to the jurisdiction thereof, are citizens of the United States and of the state wherein they reside.” Surely the dissenters in Dred Scott did not engage in their personal preferences in standing up to Chief Justice Taney.

Plessy did not attempt to undo the First Clause of the Fourteenth Amendment, but it held that states are permitted (under their police power) to segregate railroad cars and schools, and to ban interracial marriage. The incredible hypocrisy of Judge Henry Billings Brown, a northerner who wrote the majority opinion, was to invoke the principle of freedom of association to justify the forced separation of the races on trains. Justice Harlan (who wrote Adair 12 years later) did not indulge his personal preferences when he condemned the majority for rejecting the need for the color-blind enforcement of the criminal law. Indeed, he had come from a rich Kentucky family of slaveowners, yet had supported the union side during the Civil War and was able to state in the most forceful term the travesty of the “separate but equal” interpretation of the Fourteenth Amendment.

Korematsu upheld the mass internment of Japanese citizens for long periods during the Second World War. The case has a regrettably respectable pedigree. The main opinion was written by Justice Hugo Black, who was joined in his decision by such luminaries as Chief Justice Harlan Fiske Stone, and Justices Felix Frankfurter and William O. Douglas. (Frankfurter had argued to uphold the minimum wage law in Adkins). The government’s case was argued by Herbert Wechsler, later a distinguished law professor at Columbia Law School and chief draftsman of the Model Penal Code. Perhaps one could forgive these distinguished jurists on the ground that ordinary civil liberties must be sacrificed in times of war. But not in this case. The real peril of the Japanese to the West Coast had already passed by May 1942, which is when the case was first brought to court and when the battle of the Coral Sea put an end to the Japanese advance in the Pacific. Yet Korematsu was conveniently handed down only after Franklin Roosevelt had won reelection in November 1944.

Fortunately, Korematsu did not have the ugly long-term consequences of Dred Scott and Plessy. But the decision was rightly overruled in 2018 by none other than Chief Justice Roberts in Trump v. Hawaii who in an excellent opinion found it “gravely wrong,” by showing that the internment met none of the minimal safeguards of Due Process.

So why does Lochner belong in such company? Surely, it cannot be because it struck down a state statute the way Dred Scott did. The agnosticism of the current Chief Justice will not do. He has to explain the way in which a “preference free” judge decides cases. And here substance matters. Surely he would have no objection if the New York legislature repealed its maximum hours law. But he would likely have massive objections to the legislative affirmation of slavery, segregation, or the forced incarceration of Japanese.

And the difference lies in the nature of the underlying substantive commitments: the three bad decisions yoked with Lochner are all massive affronts to individual liberty, while individual liberty is precisely what Lochner affirms as a constitutional matter. All three of the bad decisions rely on a broad definition of the police power to snuff those liberties out. Lochner, drawing on the Fourteenth Amendment Due Process Clause, construes the police power narrowly to preserve those liberties. Perhaps it was the Justices who overruled Lochner in such cases as West Coast Hotel Co. v. Parrish (1937) who exercised their ill-concealed preferences for a large regulatory state.

In condemning Lochner, Chief Justice Roberts inverts the proper order of things. The legislature is constituted to protect individual rights. Statutes are just a means to that noble end. In Obergefell, he loses sight of that principle when he quotes the famous but flawed dissent of Justice Oliver Wendell Holmes in Lochner: the Constitution “is not intended to embody a particular economic theory  . . .. It is made for people of fundamentally differing views, and the accident of our finding certain opinions natural and familiar or novel and even shocking ought not to conclude our judgment upon the question whether statutes embodying them conflict with the Constitution.”

Tellingly, Roberts leaves out a critical portion of the Holmes quotation in his ellipses. The full Holmes quote reads as follows: The Constitution “is not intended to embody a particular economic theory, whether of paternalism and the organic relation of the citizen to the State or of laissez faire. It is made for people of fundamentally differing views, and the accident of our finding certain opinions natural and familiar or novel and even shocking ought not to conclude our judgment upon the question whether statutes embodying them conflict with the Constitution.”

These words expose the soft underbelly of the Holmes dissent. Our Constitution has succeeded precisely because it embodies a theory, which most certainly does not posit the organic relationship of the individual to the state, per German theories of das Volkthat were prevalent during Holmes’ time. The Constitutional theory is not quite laissez-faire, but it is far is closer to classical liberalism than progressivism in that it protects competitive markets from legislative interference, even as it allows the state powers of taxation and eminent domain.

Our Constitution takes that substantive approach because “it is made for people of fundamentally different views,” to quote Holmes in Lochner yet again. This means it is imperative for the courts to ensure that legislative majorities do not drive vulnerable political minorities out of business, which is precisely what Lochner did. It is the worst form of intellectual confusion to put that decision, right or wrong, in the same constitutional inferno as three of the worst decisions in American constitutional history.