A Rose-Colored View Of A Damaged Economy

Janet Yellen’s look-ahead overflows with praise, and evades any blame, for Bidenomics. 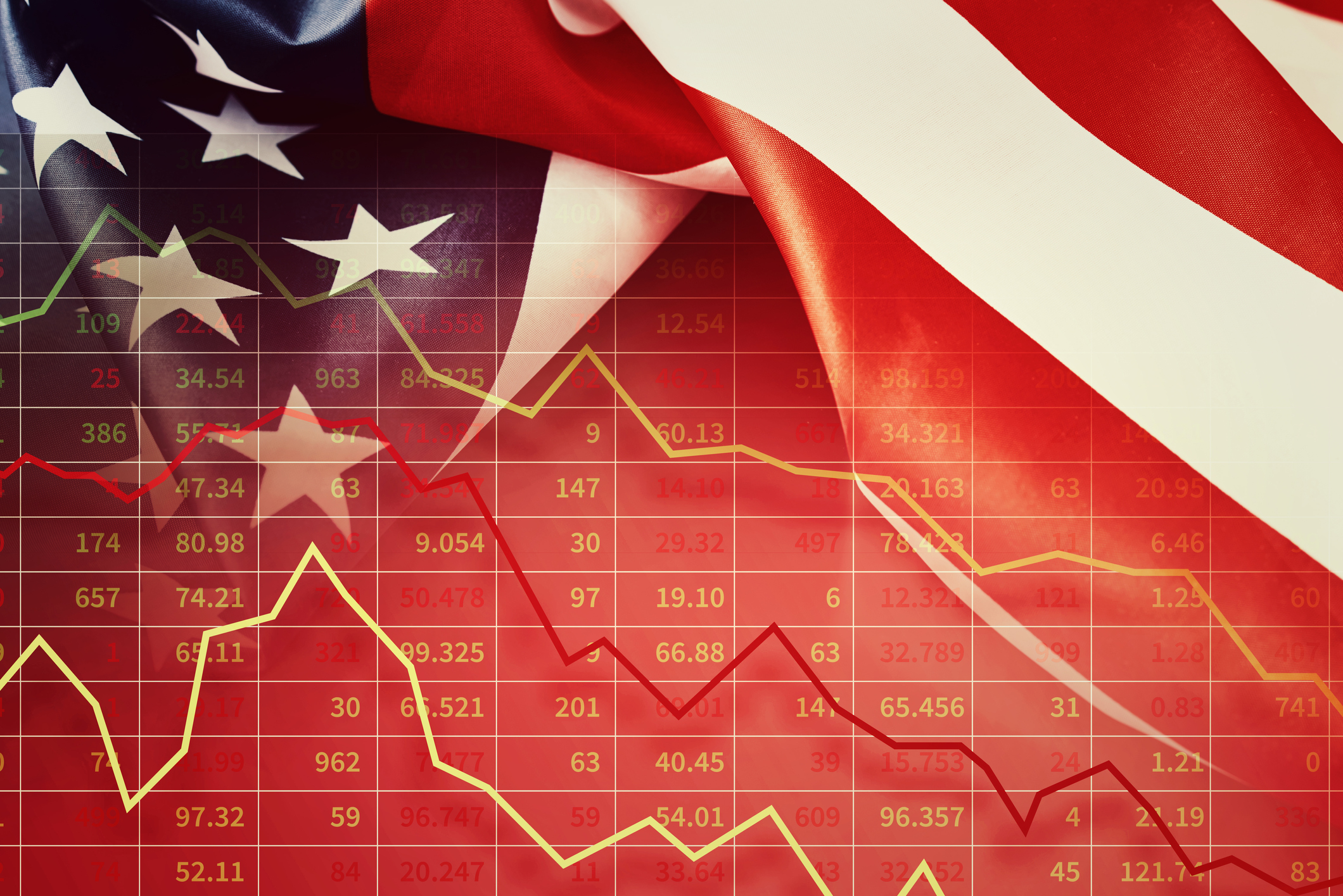 A Rose-Colored View Of A Damaged Economy 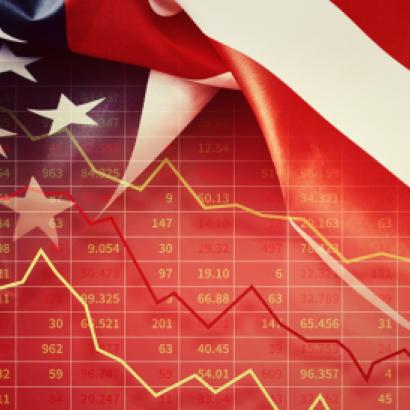 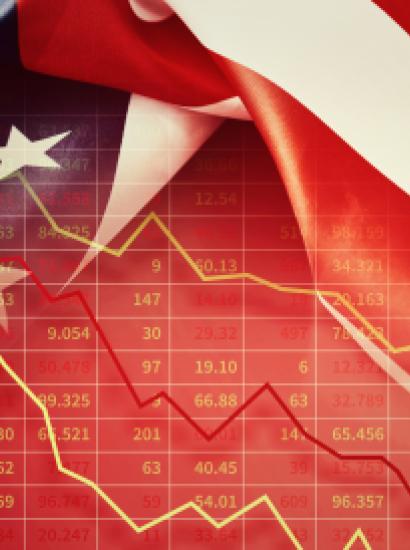 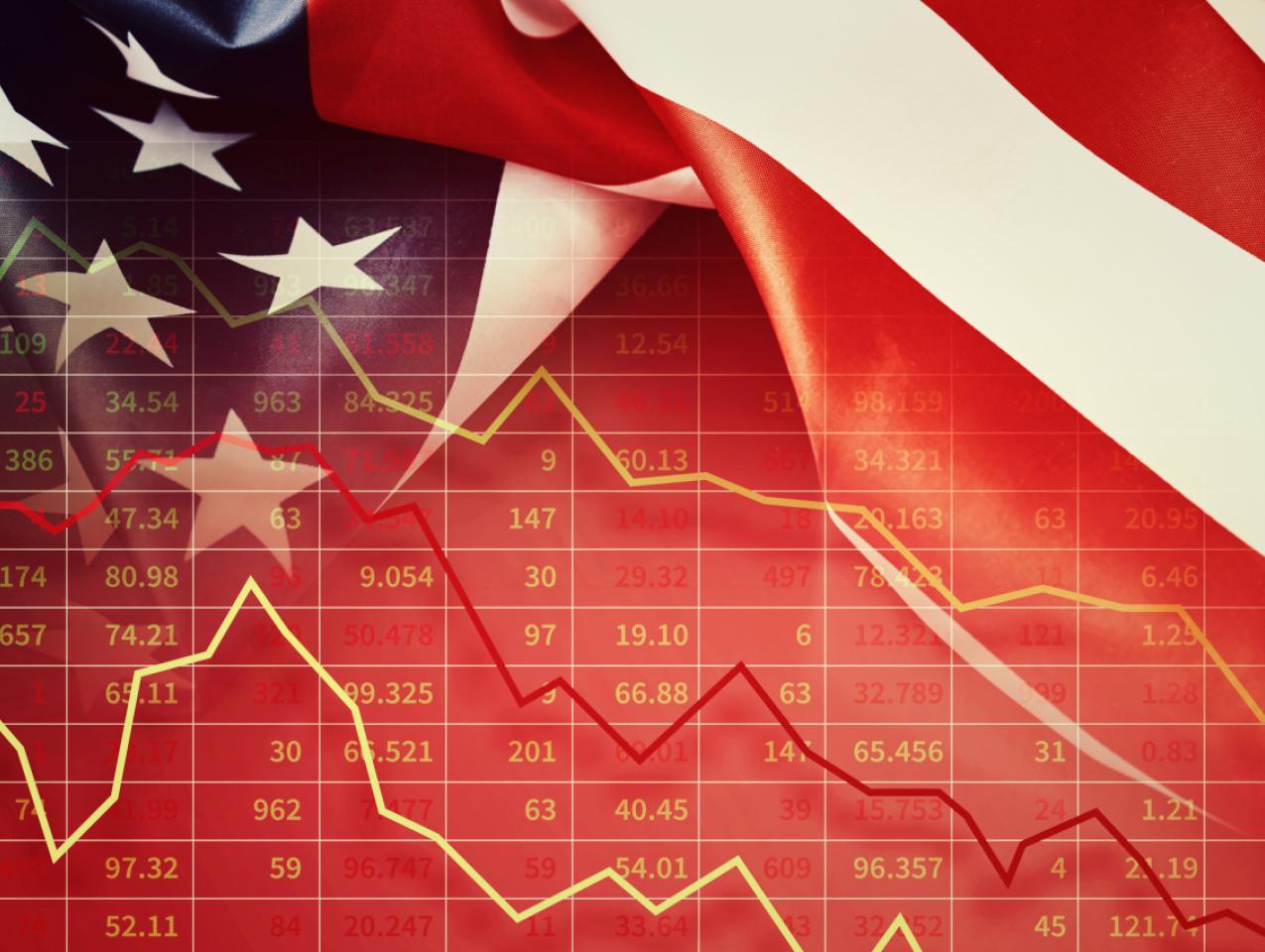 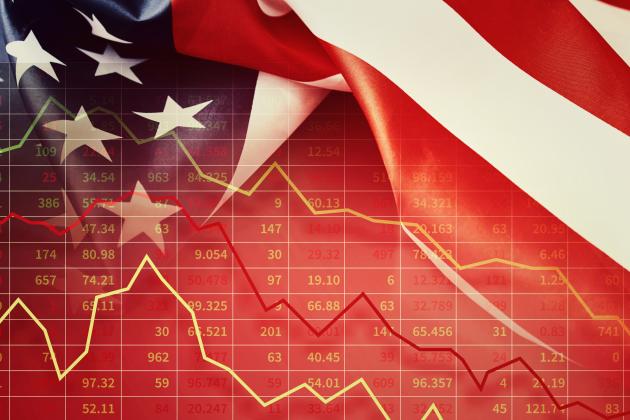 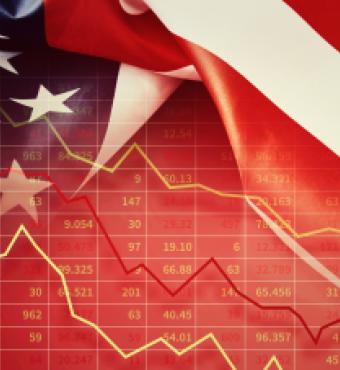 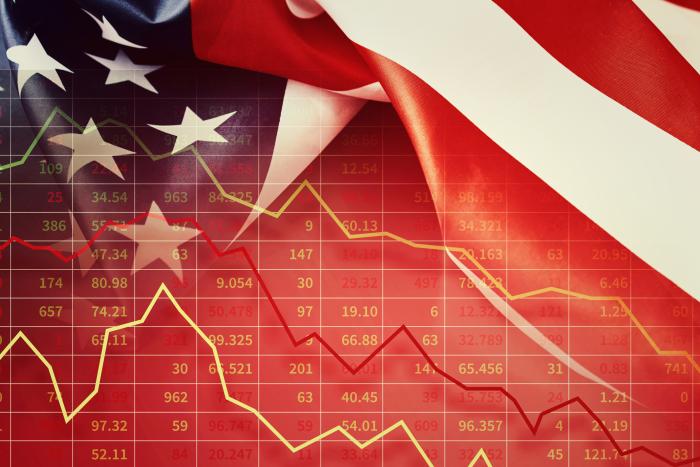 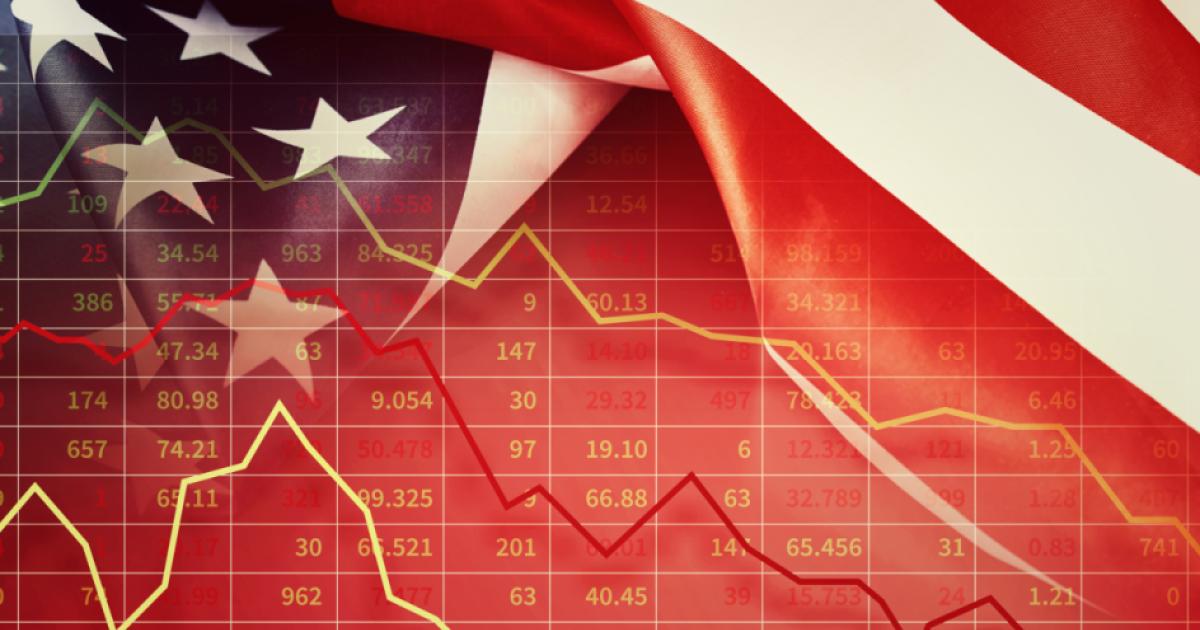 This past week Janet Yellen, President Biden’s treasury secretary, offered her rosy year-end evaluation of the economy in a Wall Street Journal opinion piece titled “Biden Has the Economy Back on Track.” Her account comes just as the stock market has turned in its weakest performance in years, with huge losses recorded by such tech stalwarts as Amazon, Google, and Meta. It should be no surprise that her op-ed generated more than 2,500 tart responses, which overwhelmingly condemned her for being out of sync with today’s basic economic facts. Sadly, her many critics have reason to assume that the anticipated continuation of Bidenomics into 2023 will probably make matters worse.

Yellen blames the challenges facing the United States on two forces beyond its control: the “once-in-a-century pandemic” and the brutal and lengthy war in Ukraine. However, while the pandemic and the Russo-Ukrainian war limit what can be done, Biden still had, and continues to have, many options to mitigate these harms. Yet in responding to these harms, almost invariably he has chosen the wrong course.

Thus, on COVID-19, Yellen does not mention, let alone discuss, any specific actions of the Biden administration. Before Biden took office, his general mantra was “Wear a mask for just 100 days.” He and his administration never explained why that could help, and they further failed to differentiate between the two key contexts: indoor versus outdoor environments. Wearing masks outside at best does little and likely only makes matters worse; it reduces exposure to fresh air and the virus rarely spreads through outdoor exposure anyway. Even indoors, masks are in general useless against aerosols, even if they are often effective in countering exposure to larger droplets.

At the same time, Biden began his extensive push toward compulsory vaccination, without bothering to understand the risks inherent in the effort to launch a mass program—in this instance 100 million shots of a new mRNA vaccine, which was introduced at “warp speed,” heedless of potential risks. To this day, his CDC and FDA have not addressed, let alone refuted, the more than 1,000 studies that posit dangerous side effects of the vaccines and challenge their effectiveness. Indeed, the CDC home page continues to understate, as “rare,” the frequency of severe reactions while it urges everyone to take the vaccine. Based on his misreading of the medical evidence, the president put forward an ill-conceived mandate demanding vaccinations for workers at businesses of more than 100 employees without explaining why that program could be cost effective. It was struck down as overambitious by the Supreme Court in January 2022, much to the consternation of those progressive parties in and out of government who regard vaccination as risk-free.

Biden, through Defense Secretary Lloyd Austin, compounded the initial damage by insisting that the military discharge service members who refused, on medical or religious grounds, to take the vaccine. Yet on December 15, Congress sent to the president’s desk legislation to repeal this vaccine mandate for troops. That mandate is one reason why the United States military has been unable to meet its recruitment quotas.

On another related issue that Yellen fails to mention, Biden has appealed to the Heroes Act of 2003 to treat the financial dislocations from COVID as if they arose “in connection with a war or other military operation or national emergency.” (Yet three months ago, Biden announced that the COVID-19 pandemic is over, even as he refused to budge on the vaccine mandates.) The president’s multibillion-dollar student-debt relief giveaway, which depends on his strained interpretation of the Heroes Act, has already led one appeals court to issue a nationwide injunction against it. It is highly likely that the United States Supreme Court will strike down the giveaway as an abuse of executive authority. In many ways, Biden’s COVID policies present an instructive parallel to the administration’s aggressive efforts to redirect the energy industry toward solar and wind power sources by overreading an obscure provision of the Clean Air Act in West Virginia v. EPA.

Energy Disruptions Have Their Own Logic

A similar disregard for inconvenient facts surrounds the US response to the global energy market disruptions caused by Russia’s invasion of Ukraine. The Russians finance much of their war effort by selling oil and natural gas to the world market, and the prices Russia can obtain for that oil depend on supply and demand worldwide. If the American and European economies go into recession or a prolonged bout of stagflation, demand will suffer so that the prices of oil decline, wholly without regard to the policies of the Biden administration. It thus seems profoundly misguided for Yellen to claim credit for the recent decline in gasoline prices as if something useful had been done on Biden’s watch to cause those declines. The same market forces that brought the price of gasoline up have brought it down. The administration’s decision to release 180 million barrels of oil from the Strategic Petroleum Reserve was no game changer: that quantity amounts to about a ten-day supply for the United States, or about two days of world’s supply. Nor is it likely that the G-7 and European Union’s effort to impose a $60 per barrel cap on the sale of Russian oil will significantly change the market, given that Russia may resort to intermediaries to continue selling oil above that price.

So any real progress on energy would have to take place on the supply side. It is no secret that the Biden administration has done whatever it can to slow-walk the emergence of low-cost energy supplies. Yellen makes no mention of Biden’s decision to close down the Keystone XL Pipeline on his first day of office, a decision that has hampered the movement of crude oil to the United States from Canada. More broadly, the whole pipeline network is now ill-equipped to efficiently move oil and gas from the upper Midwest states that produce hydrocarbons to the North Atlantic states that need them. Meanwhile, the decision to suppress production has resulted in windfall profits for the oil and gas industry, leading the Biden administration to flirt with a windfall-profits tax, which would only reduce energy supplies further.

In sum, to truly relieve shortages in both Europe and the United States, the Biden administration must push for a flood of cheap energy. Instead, it has allowed its misguided fears of global warming to push hard for expanded use of wind and solar power. Neither generates easily storable energy, and even together they are unlikely to make more than a dent in the energy shortages.

As has often been pointed out, Secretary Yellen’s eager embrace of Bidenomics insists that there is no tomorrow. Excessive transfer payments to deal with COVID’s impact and student loan debt “hit an economy that was already recovering strongly from the pandemic,” the Wall Street Journal pointed out, and “goosed demand while supply was constricted.” Yellen writes as if injecting these mountains of cash into the economy will not prolong inflation, when a stream of unabated subsidies will do just that, notwithstanding the Federal Reserve’s effort to tame inflation with a succession of interest rate increases. She offers no reason to accept her optimistic prediction that inflation should be in retreat next year.

Inflation, to recall, depends not only on the increase in the supply of money but also on the contraction of the stock of available goods and services. Neither Biden’s labor-law policies nor his antitrust policy made it into Yellen’s article, but both areas pose massive risks for the American economy. The Biden administration will push the labor law to its outer limit to improve the leverage that unions have over employers by expanding the damages recoverable for unlawful terminations, refusals to bargain, or misconduct during a labor organization drive. In making good on his promise to be “the strongest labor president you have ever had,” Biden will only increase industrial disruptions and union monopoly power, both of which kill jobs. At the same time, the aggressive antitrust policies of the Federal Trade Commission and the Antitrust Division of the Department of Justice will likely block procompetitive mergers and disrupt the orderly operation of labor markets.

From start to finish, Secretary Yellen paints an all-too-pretty picture of an economy that is actually in distress. The only way to put that economy back on track is to retract the systematic policies that threaten growth and prosperity in the United States.