Saudi Arabia At A Crossroads

Saudi Arabia, a kingdom grounded in a dynastic religious alliance, stands at a crossroads. Some observers and journalists, both Western and Arab, eyeing the new assertive leadership of Crown Prince Mohammad bin Salman (henceforth MbS) and his promised economic and social reforms, have rushed to declare him a ‘reformer’. 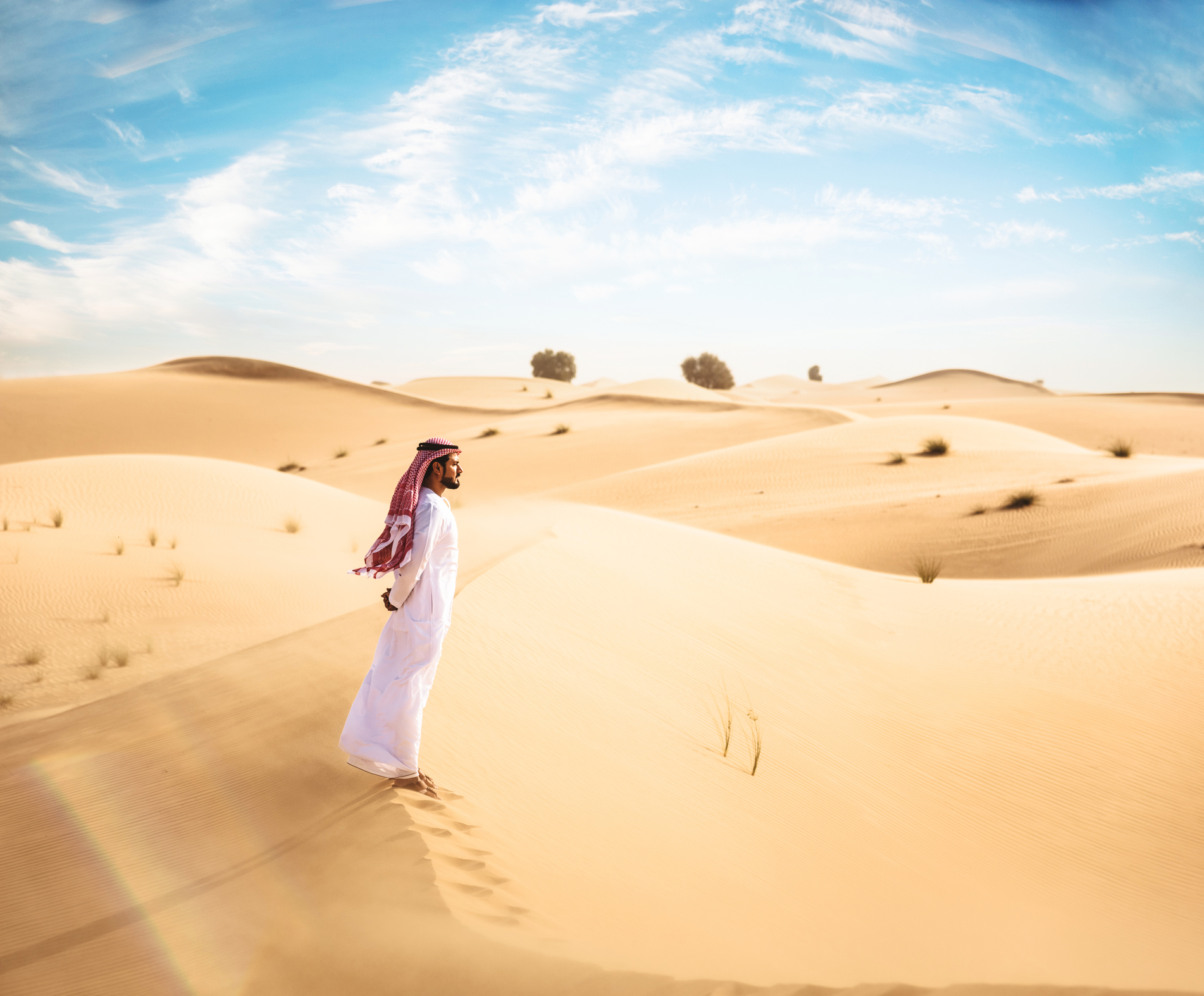 Saudi Arabia At A Crossroads 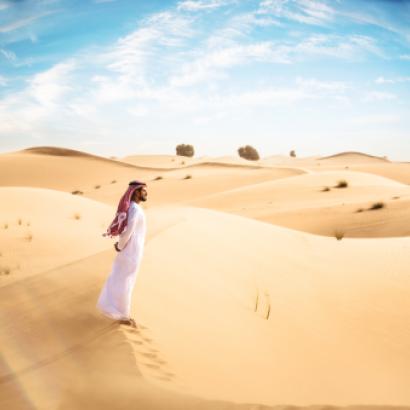 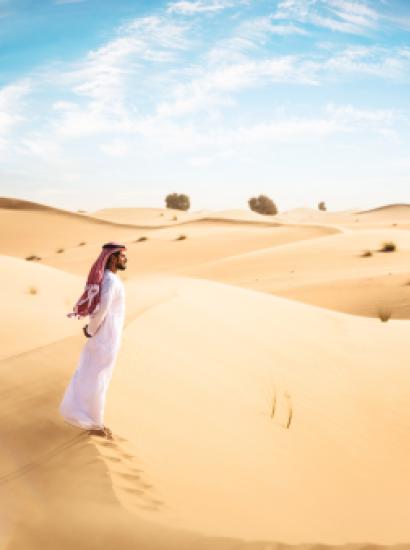 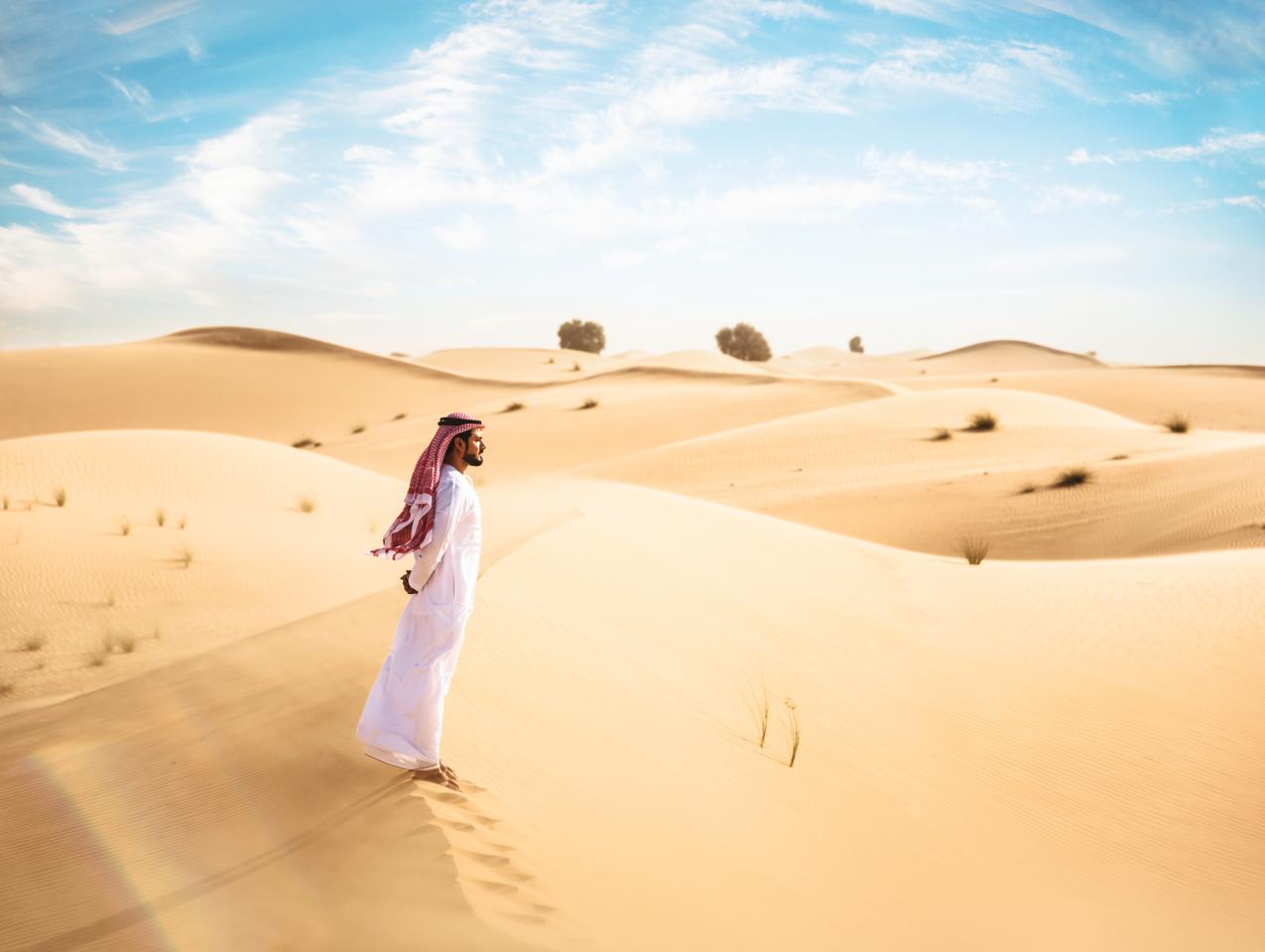 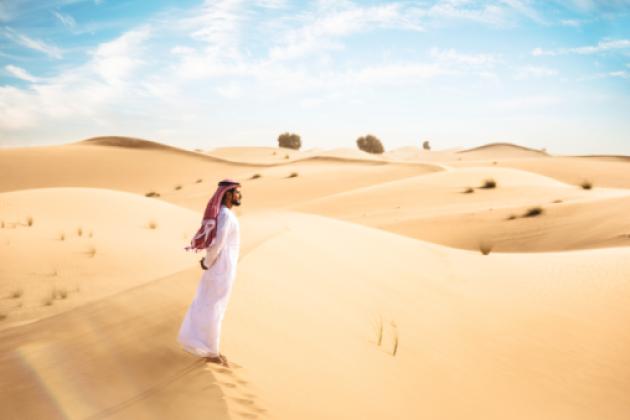 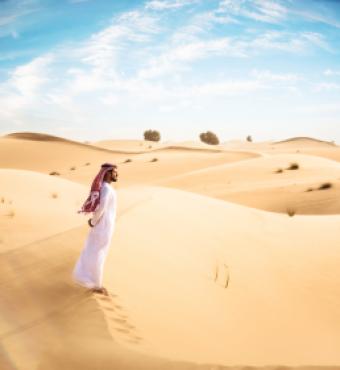 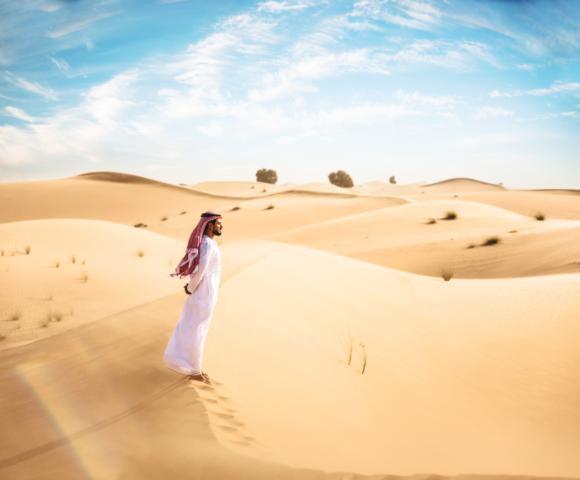 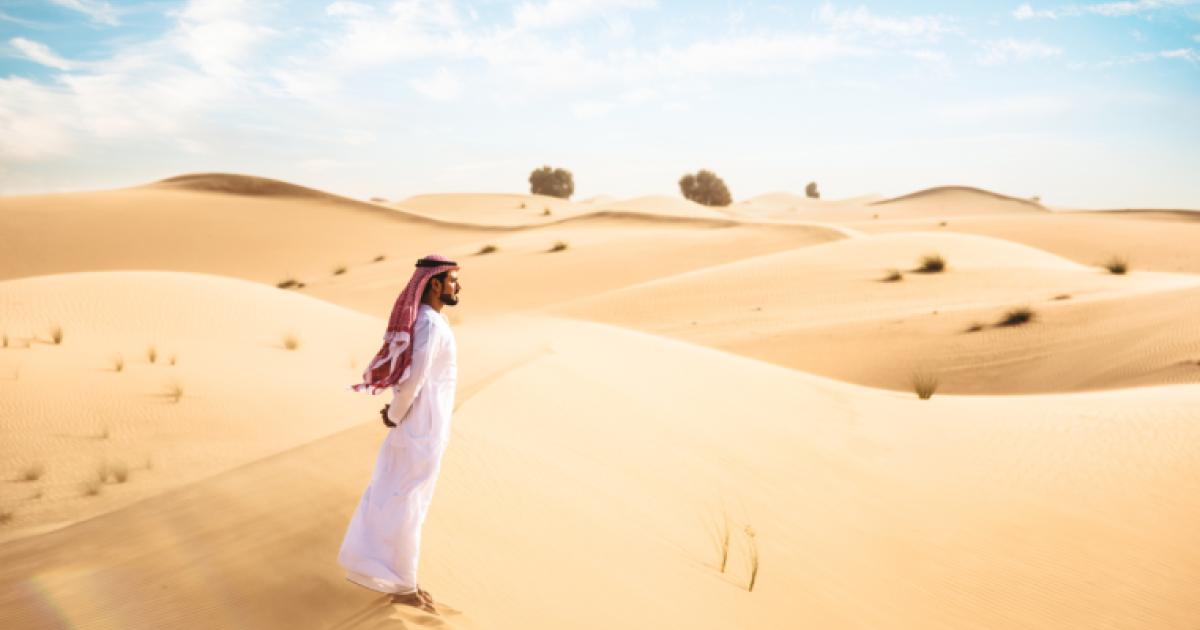 Saudi Arabia, a kingdom grounded in a dynastic religious alliance, stands at a crossroads. Some observers and journalists, both Western and Arab, eyeing the new assertive leadership of Crown Prince Mohammad bin Salman (henceforth MbS) and his promised economic and social reforms, have rushed to declare him a ‘reformer’.

Last November, Thomas Friedman, in the New York Times, famously pronounced the changes in the kingdom to be an ‘Arab Spring, Saudi Style’, one that would change not only “the character of Saudi Arabia but the tone and tenor of Islam across the globe.”1 Friedman has been wrong before, but here he was obviously hoping that the young MbS would make good on his 2017 promise to go back to “a moderate Islam that is open to all religions and to the world and to all traditions and people.”2

Again, that prediction would have been welcome, if only it was accurate.

To survive economically, the kingdom must liberalize and open up socially. Thus, it must moderate some of the Wahhabi religious dogmas and clamp down on some religious figures (especially those following a politicized form of Wahhabi Salafism), which were deemed unsupportive of the new strategy. However, these reforms will be limited. We should not expect to see meaningful political reforms, good governance or accountability; nor will these changes resolve the question of the kingdom’s long-term stability.

Historically, politics in the kingdom has often aimed to strike a balance between several influential social groups. The arbiter of this system, absolute in its resolve and supremacy among Saudi social and political actors, was always the ruling royal family. But it was Salafi Wahhabi Islam4 that contributed considerably to its leadership and legitimized its authority.5

Given this alliance, the Saudi dynasty has had to depend on two forms - not just one - of Salafi Wahhabism.

One is represented in the Wahhabi traditional establishment, with its quietist apolitical form of Salafism. That is, it offers its allegiance to whoever takes power, following a Sunni principle that ‘a tyrannical Sultan was better than perpetual strife’.6 This form has been useful in sanctioning the dynasty’s controversial decisions and delegitimizing any dissent. Think of the famous fatwas (religious edicts) issued by the ulama, the Council of Senior Scholars, to support the Saudi request for American assistance during the Second Gulf War in 1990, or the banning of public protests and demonstrations during the Arab Spring of 2011.7

The second form is a mixture of a politicized and a jihadi form of Salafi Wahhabi Islam. This form was necessary to establish the kingdom in the first place and to propagate pan-Islamism at a later stage. Different kings used it during different periods. The founder of the Kingdom of Saudi Arabia, Abdulaziz Ibn Saud (1875-1953), was quick to see its potential when he settled the Bedouin tribes of Nejd in hijar, or colonies, and provided them with military and religious training, turning them into an army of Wahhabi warriors – the Ikhwan army – which he used to expand his territory.8

Similarly, King Faisal (1906-1975) exploited a politicized form of Wahhabi Islam to counterbalance the regional spread of communism and pan-Arabism, which threatened the regime’s legitimacy and its regional position. Highly educated Egyptian members of the Muslim Brotherhood were tapped to transform Wahhabism into a global ideology that was systematically disseminated, through Islamic centres, mosques, publications and organizations.9

This reactionary politicized form of Wahhabi Islam took a more militant shape after 1979. That remarkable year witnessed the Iranian Islamic revolution, the occupation by radical Salafis of the holy Kabaa in Mecca, and the Soviet invasion of Afghanistan. Iran contested Saudi Arabia’s leadership of the Muslim world; the radical Salafis attacked its religious credentials; and the Soviet invasion of Afghanistan compounded its fear of the communist threat, especially given Soviet support of communist regimes in South Yemen and Ethiopia.

A more assertive and active Islamist policy was needed. Hence, religious leaders (sahwa), who espoused the politicized jihadi form of Wahhabi Islam, were given the resources and platform to spread their ideology. Their dogmas were zealously enforced within Saudi regions and simultaneously used to recruit Arab Afghans and send them to fight the Soviet Union in Afghanistan.

Hence, when the Ikhwan rebelled against Ibn Saud in 1929, demanding a continuation of their ‘holy war’ and permission to raid territories under the protection of Great Britain, Ibn Saud was left with a difficult choice: confront Britain and possibly lose the land his army had already captured, or crush the rebellion? Ibn Saud chose realism. He told his troops to halt and turned to Britain for military help to defeat his own Ikhwan warriors.10

Likewise, in 1990, after Riyadh’s invitation to the United States during the Second Gulf War, several well-known sahwa leaders criticized the monarchy’s decision and questioned its legitimacy. The monarchy reacted swiftly, arresting those leaders while working together with the United States and the international coalition to defeat Iraq and end its occupation of Kuwait.11

In both of these cases, the monarchy turned to its trusted quietist and apolitical traditional Wahhabi establishment, as it often did during times of crisis, seeking religious sanction for its actions. And the establishment’s senior religious leaders dutifully complied, always ready to make religious edicts.12

The current changes introduced by the young crown prince are in keeping with this tradition. His social and economic reforms are certainly welcome given the suffocating stagnation the kingdom was experiencing.

They aim to diversify an ailing economy heavily dependent on oil, turning the country into an attractive economic hub, while emphasizing local tourism and entertainment and women’s active participation in the labour force.13 All these objectives necessitate a relaxation of the draconian Wahhabi social control of society and of women’s mobility, and more favourable religious attitudes towards entertainment.

So we see that all the liberalization measures are meant to facilitate these objectives: curtailing the powers of the country’s religious police, ending the ban on women driving, relaxing (but not ending) the unrestricted male guardianship system over women (so women can create their own businesses without male permission), and ending the 35-year ban on cinema and art performances.

Along with these measures, MbS has embarked on an unprecedented consolidation of his personal power within the royal family. He ended the customary succession method, “brother to brother,” introduced by King Faisal, which relied on one's lineal proximity to Ibn Saud. He arrested prominent Islamist sheikhs and journalists who were critical of his reforms. Then he began to arrest well-known princes powerful enough to challenge his authority, under the pretext of curbing corruption.

The social liberalization measures were necessary for the kingdom to survive economically, now that all can see that the religious patriarchal order is not sustainable.

To ensure these measures would succeed, the government turned its back, yet again, on the politicized form of Salafi Wahhabi Islam, which clearly challenged its ability to implement the new liberalization measures. Look more closely at the sheikhs arrested since 2015 and it becomes clear they are mainly among the sawha leaders mentioned above, who, among other things, were calling for more religiously conformist political reforms. Still, this shift does not mean an end to Saudi support for its Salafi jihadi allies globally; just think of the Salafi militias the kingdom supports in Syria.

By the same token, these social reforms do not mean that the kingdom will do away with its alliance with its trusted quietist and apolitical Wahhabi traditional establishment. In fact, this part of the Wahhabi establishment has yet again provided the fatwas necessary to smooth the way for the government’s social measures. For example, in September 2017, when the government announced the end of the driving ban, the very same Council of Senior Scholars that always said that women should be prohibited from driving cars, miraculously changed its position and issued a religious edict endorsing the government’s decision.14

In other words, the changes taking place in the kingdom will be limited in scope. Liberalization does not mean real social and religious reforms that will allow freedom of expression and religion, the end of male guardianship of women or meaningful political reforms that lead to good governance or accountability. The continuous imprisonment of Saudi blogger Raif Badawi and other prisoners of conscience, and the new wave of arrests of well-known women’s rights activists, demonstrate the limits of these reforms and the top-down approach of MbS.

What, finally, of the kingdom’s long-term stability? In consolidating power, MbS has undermined a major pillar of the regime’s resilience: the unity of the royal house and the traditional respect for collegial consultation among senior royal family members. MbS is sure he can take hold of the system. He should be careful not to rock the boat in his haste. For some observers, he may not be the horse to bet on in the changing sands of the Arabian Peninsula.

4Wahhabi Salafi Islam is a modern religious movement founded in the 18th century in Najd, part of today’s Saudi Arabia, by Mohammed ibn Abdel Wahhab. It propagated a fundamentalist interpretation of Islam that dates back to the 13th century.

14Statement of the General Secretariat of the Supreme Council of Ulema (27 September, 2017), “Women's driving of the car is legally permissible, as long as there are legal guarantees to preserve the respect of women”, Saudi Press Agency, in Arabic.