Leftists are using PC language to indoctrinate people into “a single system of thought.” 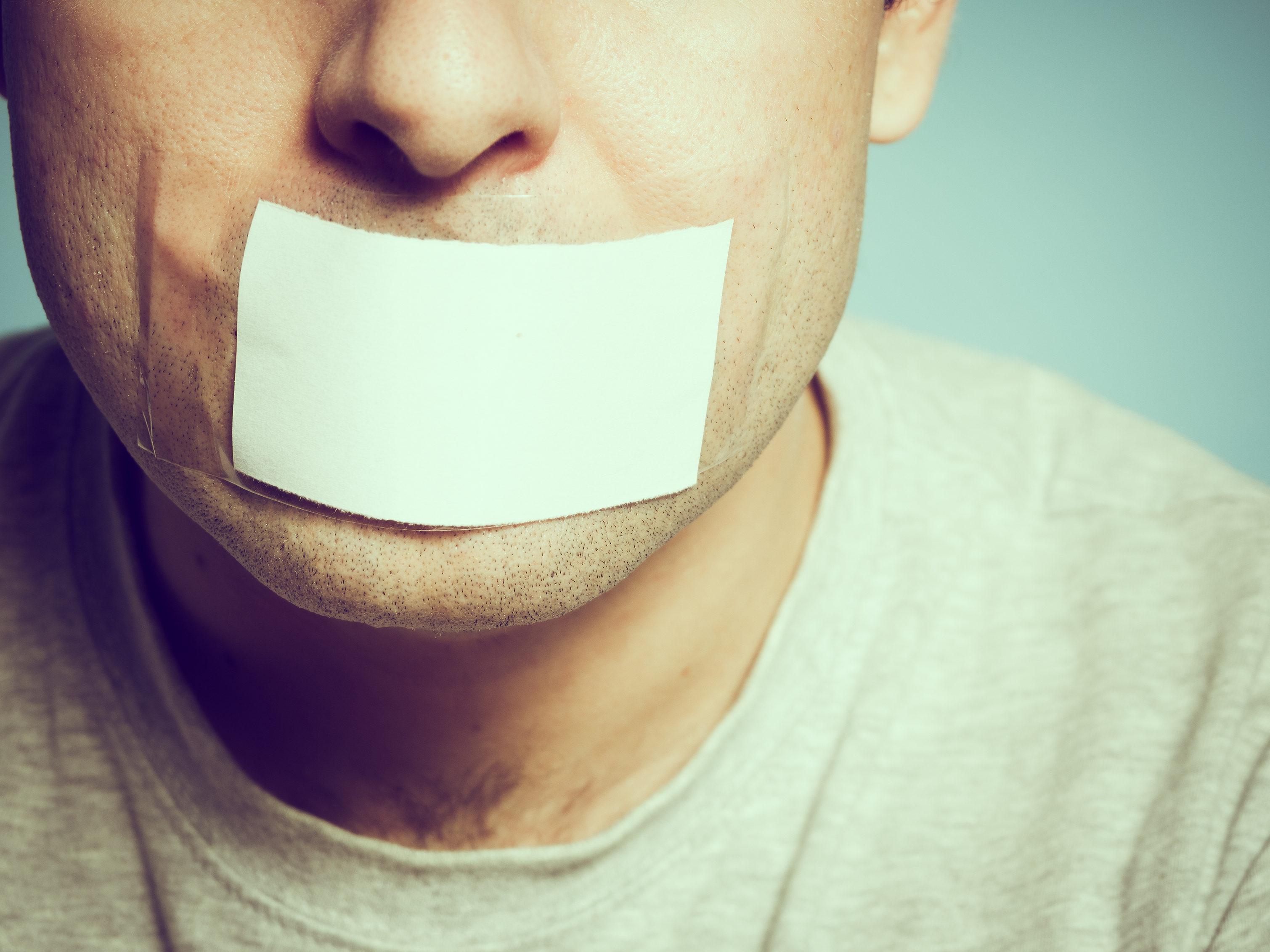 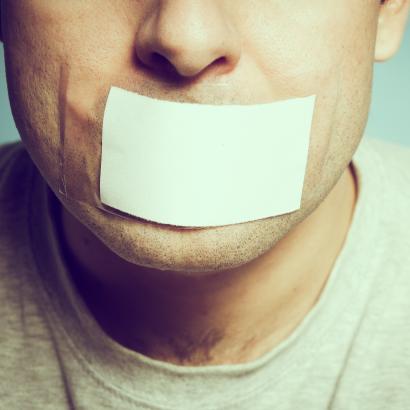 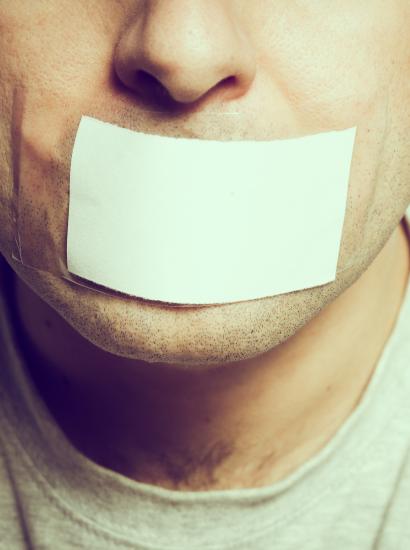 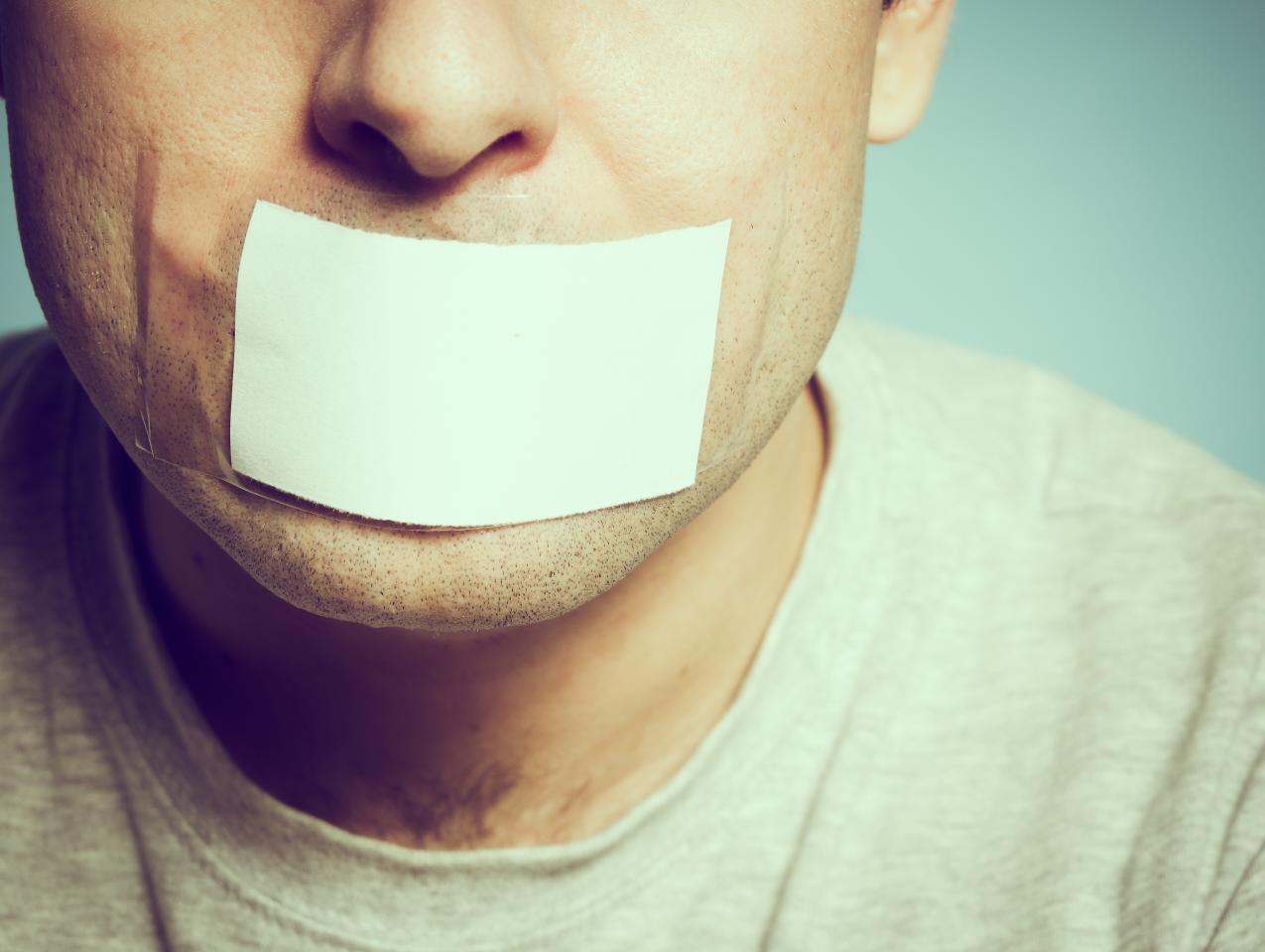 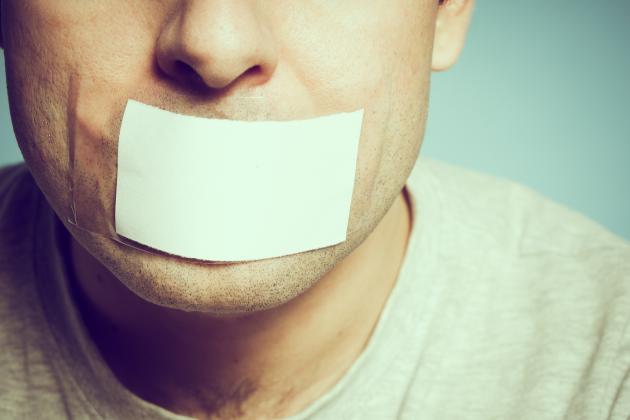 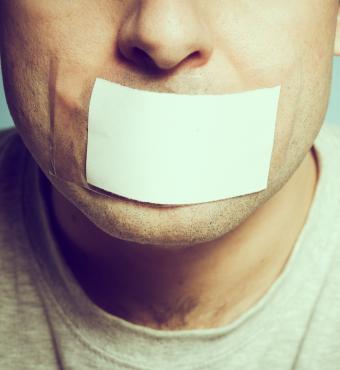 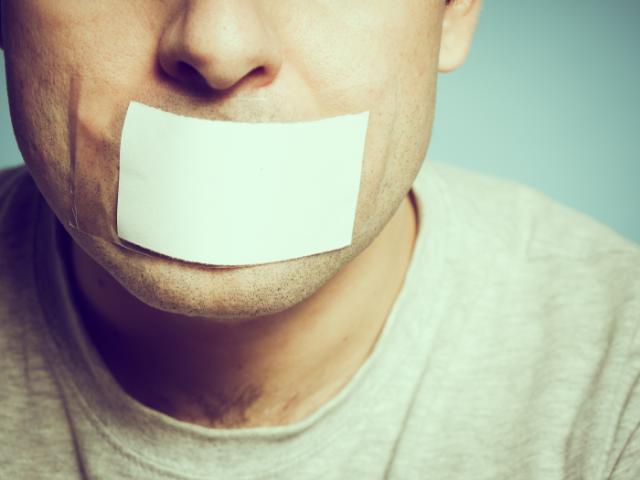 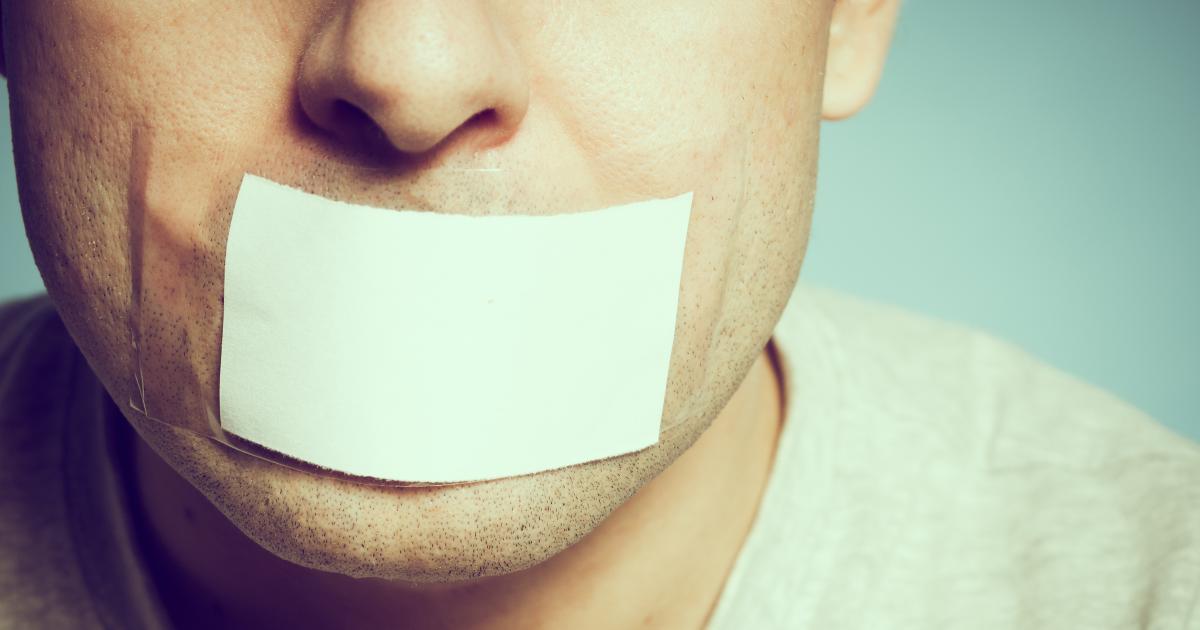 Nobel laureate F.A. Hayek said totalitarian regimes—Bolshevism, Fascism, and Nazism—are forms of government that direct “members of society by a single will supposed to represent the ‘whole.’” This “single will” is dictated by a Stalin, Mao, Hitler, or some collective rule. Per Hayek, such dictatorships require that “everything be governed by a single system of thought,” which rules out freedom of speech and press. These regimes may claim to aspire to lofty goals that compensate for the loss of freedoms, but they inevitably turn brutal, particularly against those who reject their ideology.

A single system of thought has many faults. At a minimum, it rules out competition of ideas. Just as the economy stagnates without competition among firms, so too do social and political regimes stagnate without a competition of ideas. This principle has applications today. The modern left disavows the most destructive aspects of totalitarianism. And yet, its approach to language and ideas is increasingly dictatorial. In recent years, radical leftists have been trying to promote a single system of thought via politically correct speech. This effort is doomed to fail.

In communist and fascist states—as exemplified by the USSR, China, North Korea, and Nazi Germany—a ruling monopoly party dictates a single system of thought which is drummed into the people by a propaganda ministry, a state-media monopoly, and the state-educational establishment. A pervasive secret police apparatus (KGB, Gestapo, or Stasi) finds and punishes those who resist.

The regime’s single system of thought is summarized in founding texts, like Stalin’s Short Course, Hitler’s Mein Kampf, or Mao’s Little Red Book, and is repeated in memorable slogans like All Power to the People, Ein Volk, ein Reich, ein Führer, and All Serve the People. State propaganda warns of external enemies like capitalist agents, international Jewish conspiracies, and the CIA—as well as internal ones like regime-opponents and dissidents. The regime also controls youth groups and designates an acceptable culture like socialist realism and Nazi art and architecture. Finally, a state apparatus manages much of the economy and doles out opportunities for advancement, all purportedly in the interests of the people.

Citizens of Communist or National Socialist regimes must master a new “state language” to demonstrate compliance with the political system. The Nazis called this Gleichschaltung. In his account of Soviet industrialization, historian Stephen Kotkin introduced the term “speaking Bolshevik” to refer to a new public political language that refracted “the ways of speaking about oneself . . . through the lens of Bolshevism.” Those who adopted the new Soviet state language could advance and prosper; those who did not conform sacrificed educational and career opportunities.

Hitler’s National Socialists had their own “Nazi Speak.” Compliant German citizens were taught to revere the Fuhrer and greet each other with the Nazi salute. They could in no way question the infallibility of the Fuhrer. Jokes and anecdotes about Nazi leaders could be reported to the Blockleiter by one of the 30,000 or more “V-men” informants. Good Germans would either condemn homosexuals, Jews, the mentally ill, and gypsies—or at least not speak out in their defense. They were to cheer wildly for “total war” at mass rallies. They would be reluctant to attend traditional Protestant and Catholic services.

Surely such things would not be a problem in the United States. American constitutional guarantees of free speech, a competitive political system, the private ownership of media and entertainment, and a system of local public schools should rule out a single political language in the United States. Yet leftists have been actively working to stifle free speech on campuses, in corporations, and on social media platforms in recent times. It seems as if these progressives are campaigning to become the arbiters of what speech is allowed and what is forbidden in American society. They are promoting a new variant of speaking Bolshevik— “speaking PC.”

Examples of “speaking PC” include substituting the terms “misguided criminal” for “terrorist,” “spring spheres” for “Easter eggs,” “European American individual” for “Caucasian,” “people of size” for “obese,” and “global warming denier” for “skeptic on human causes of global warming.” Speaking PC is taking hold of political, personal, and social discourse because the Left is in the process of capturing the four fundamental institutions that control speech: the news media, Hollywood, academic institutions, and social media. For example, studies by Crowdpac, a non-partisan organization that tracks political data, show that political donors from media, entertainment, and education contribute overwhelmingly to liberal causes and are “strongly concentrated on the far left of Crowdpac's spectrum.” An overwhelming fraction of journalists are liberal. Even sympathetic observers admit that “the national media works in a bubble, and the bubble is growing more extreme.”

Hollywood is overwhelmingly leftist. Conservative actors and actresses like Jon Voight and Patricia Heaton, despite past awards and acclaim, have trouble getting roles unless they keep their political beliefs in check. Hollywood mansions serve as a preferred fundraising venue for liberal politicians. As judged by political contributions, the entertainment industry is even more liberal than the print media.

In schools, too, the left dominates. National surveys show that more than half of U.S. college professors in the social sciences and humanities are self-described “radicals, activists, or Marxists,” and the rest reside overwhelmingly on the political left. In the 2016 election cycle, the National Education Association and the American Federation of Teachers spent about $45 million, nearly all of which went to liberal candidates or progressive groups. Volunteers and delegates at Democratic conventions are selected directly from the teachers’ unions. According to a Newsweek report, more than half of America’s colleges and universities have restrictive speech codes that confine free speech to special zones and place restrictions on language in classrooms.

The internet should be a last bastion against a single system of thought. We are all seemingly free to enter the free-for-all of social media. Internet censorship, however, is beginning to threaten that equalizing force. When Facebook, Google, and Twitter censor content for “hate speech,” “micro-aggressions,” and other PC infractions, they become arbiters of acceptable speech. Google, for example, recently announced on Twitter that it has removed Gab, a conservative social network, from the Google Play app store for violating the company’s hate speech policy. The internet is full of forums in which all kinds of speech are tolerated. It is difficult, therefore, to understand how Google concluded that Gab had not “demonstrated a sufficient level of moderation.” Would this have happened to a liberal version of Gab?

Communist and fascist states use their secret police, kangaroo courts, and informants to control the culture of language and thought. The “PC speak” activists, meanwhile, threaten non-conformers with the loss of jobs, customers, and public ridicule. Conformers are treated as heroes; those who don’t play along are shunned. Silicon Valley moneybags Tom Steyer is celebrated in tech circles for his support of environmental causes, while fellow billionaire Peter Thiel is an outcast for his attack on multiculturalism.

Examples abound. In 2006, Larry Summers, an eminent economist and public servant, was replaced as president of Harvard, in large part, for alienating feminists with remarks on the dearth of women scholars in engineering and the sciences. More recently, Google engineer James Damore was fired for writing that Silicon Valley’s gender gap was caused in part by biological differences. Not too long ago, NYU professor Michael Rectenwald, voicing his opposition to PC, was removed from the classroom after his colleagues complained about his “incivility.” Conservative speakers are regularly banned, disinvited, or shouted down on college campuses, including former secretary of state Condoleezza Rice and the sociologist Charles Murray. Under “verbal conduct” rules, students have been expelled or suspended for criticizing Islam, speaking against violent demonstrations, or for declaring that “all lives matter.”

The Soviet regime placed dissidents in special mental institutions, diagnosing them with “sluggish schizophrenia,” a mental illness only present in the collectivist world. Similarly, PC-speak deviants are subject not only to ridicule, but to charges of mental illness. President Trump’s politically incorrect language has set off a debate on his sanity. Scientists questioning the purported “consensus” on global warming are characterized as insane, while some public figures call for jail time for “climate deniers.”

Vladimir Lenin, as the head of a small party of radicals, had to devise a strategy to gain control of a country of 150 million people, relatively few of whom believed in the Bolshevik cause. Lenin’s second decree after the October Revolution victory was to order Red Terror against writers, scholars, artists, and philosophers who did not share the Bolshevik doctrine. Within a few years, “Red professors,” “Soviet scientists,” and “Socialist Realist” writers and sculptors had replaced their predecessors from the old regime. By the late 1920s, a majority the Soviet population mouthed Bolshevik propaganda in public, and private kitchens came to symbolize the last refuge of free speech. Those who rejected the new state language outright were either shot or imprisoned in Stalin’s Great Terror.

American leftists, like Lenin’s Bolsheviks, constitute a small minority. On their trademark issue, only one in five adults support the PC agenda, and one in ten have no opinion. Unlike Lenin, who was organizing a dictatorship by force, American progressives must capitalize on the weak spots of our constitutional democracy. In this, they follow their patron saint Saul Alinsky and his 1971 book Rules for Radicals.

In his writings, Alinsky, an icon of American radicalism, emphasizes the supreme importance of language in framing a political issue. The first job of the “organizer,” he says, is to “create the issues and problems” by naming them. Those that Alinsky’s contemporary followers have chosen include racism, sexism, and even the validity of Civil War monuments. Once the issue is primed, Alinsky advises “to keep the heat on. No politician can sit on a hot issue if you make it hot enough.” He adds that “ridicule is man’s most potent weapon,” against which it is impossible to mount a counter-attack. Thus, activists apply pressure on public and private decision-makers with social media attacks, violent protests, and ridicule. These attacks must be so persistent and debilitating that their targets—corporations, public figures, local officials—decide it is easier to acquiesce than to resist.

The true purpose of PC speak is not to spare the feelings of sensitive people, as the left claims, but to block alternate views. PC speakers do not want the masses to hear all sides of an issue because they fear that those ordinary individuals will come to their own conclusions.  Ironically, the fear of public debate places the left on the same side as the fascists they supposedly abhor.