Studies In Generalship: A Conversation With Meir Finkel

In this episode of Battlegrounds, H.R. McMaster and Brigadier General Meir Finkel of the Israeli Defense Force discuss Finkel’s latest book, Studies in Generalship: Lessons from the Chiefs of Staff of the Israel Defense Forces and how to evaluate the effectiveness of military leaders.

H.R. McMaster in conversation with Brigadier General Meir Finkel on Wednesday, October 20 at 9:00am PT. 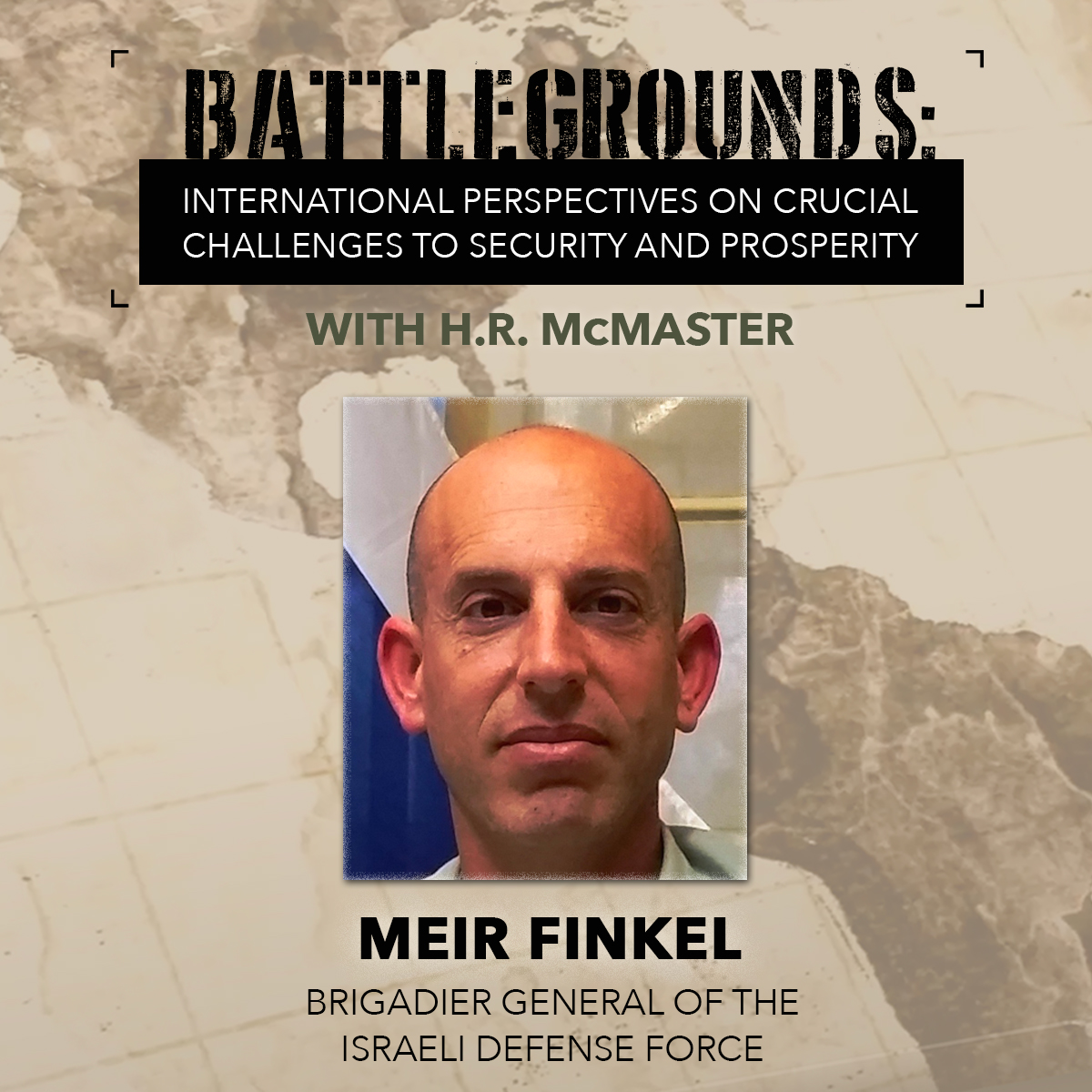 Studies In Generalship: A Conversation With Meir Finkel 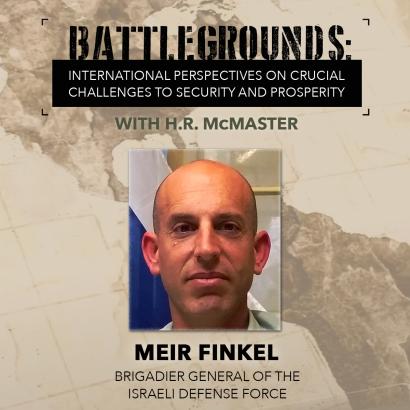 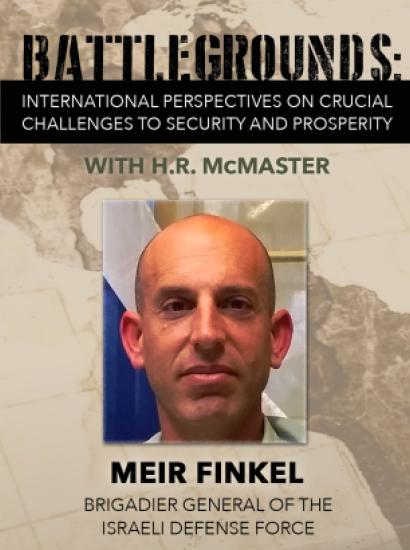 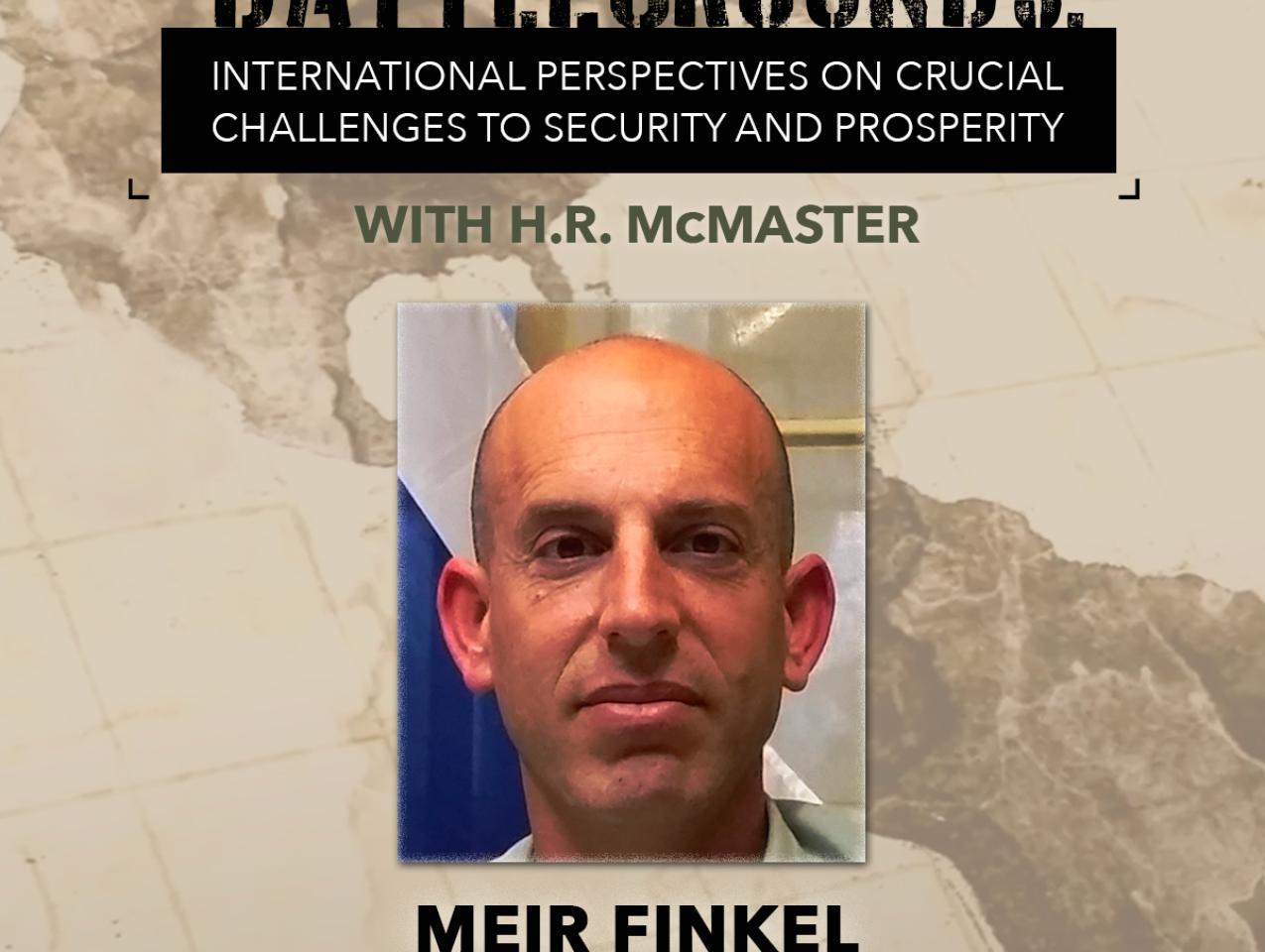 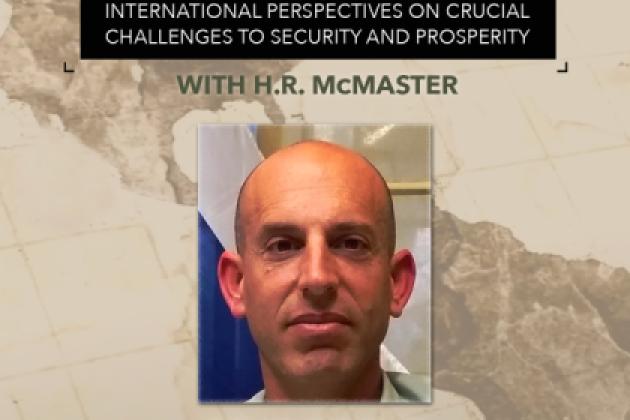 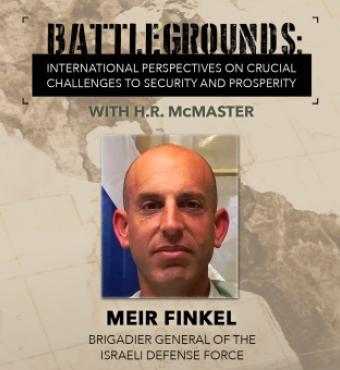 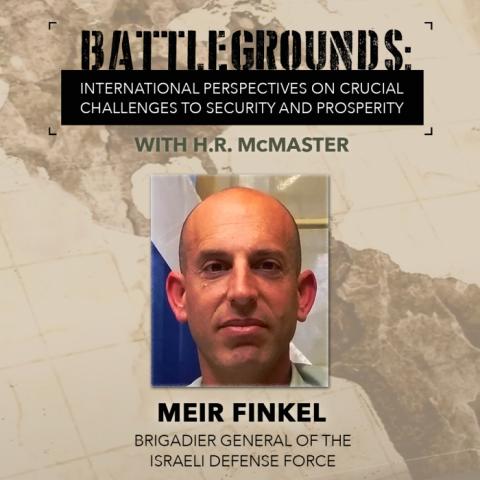 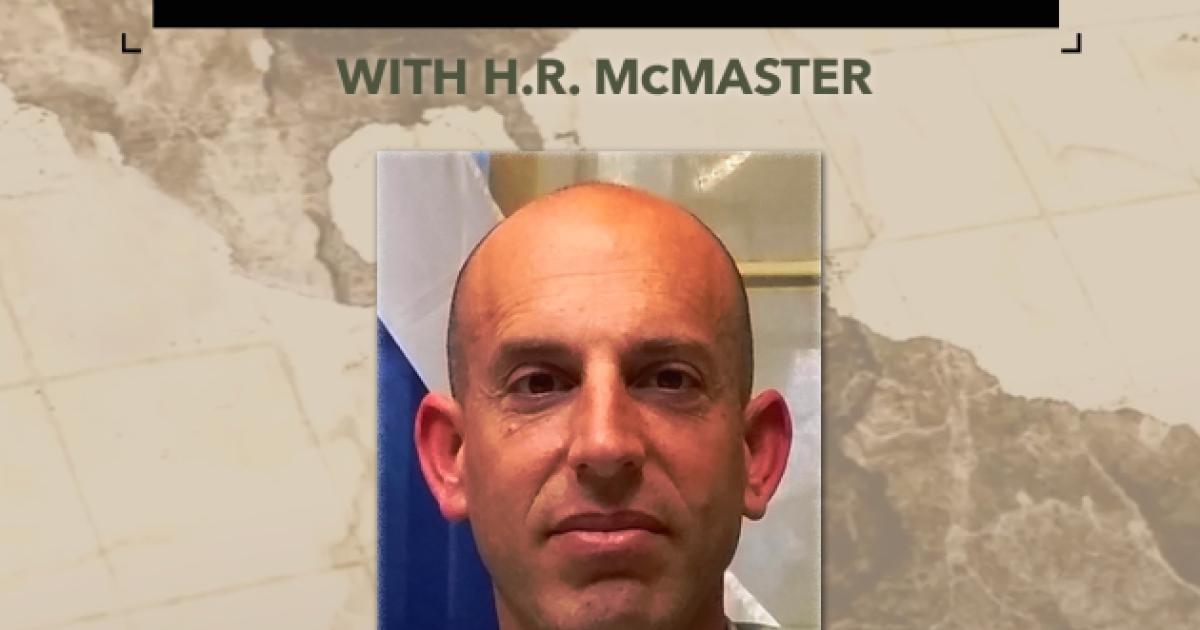 In this episode of Battlegrounds, H.R. McMaster and Brigadier General Meir Finkel of the Israeli Defense Force discuss Finkel’s latest book, Studies in Generalship: Lessons from the Chiefs of Staff of the Israel Defense Forces and how to evaluate the effectiveness of military leaders.

In this episode of Battlegrounds, Fouad and Michelle Ajami Senior Fellow H. R. McMaster interviews Meir Finkel, former brigadier general of the Israel Defense Forces (IDF) and author of Studies in Generalship: Lessons from the Chiefs of Staff of the Israel Defense Forces, in a wide-ranging conversation about the leadership and national security decision-making process involving the Jewish state’s top military official.

Finkel described the chief of staff’s role in the command structure of Israel’s defense apparatus. Unlike the chairman of the joint chiefs of staff in the United States, the IDF’s chief of staff doesn’t serve just as a military advisor to the head of government and cabinet ministry but also as the leader of the entire armed forces and combatant commands. While the IDF chief is subordinate to the defense minister and strategic decisions are made at the cabinet level of government, the IDF chief has full control over the military in terms of force deployment and the execution of war. Additionally, the chief of staff is responsible for the design of forces and for its preparation in countering new and emerging threats.

Finkel explained that the leadership knowledge of the IDF chief of staff should be based on experience on Israel’s battlefronts and sufficient understanding of every operational domain—including infantry, cavalry, armor, intelligence, naval, and air. He should also surround himself with what Finkel called “troublemakers,” that is, aides who are brave enough to tell the chief the mistakes he is making, challenge his assumptions, and recommend different courses of action.

Finkel also described other themes of his new book, including how the IDF chief of staff holds a high position in Israeli politics and society. His stature enables him to influence —and often prevail in—important policy struggles within the political echelon. He sets the cultural tone of the IDF in keeping with the organization’s warrior ethos, as well as managing internal issues that reflect society at large. Chiefs have confronted issues in recent decades such as ultra-Orthodox conscripts’ refusal to serve alongside women in the armed forces.

Another theme Finkel described are instances when there was a deficit of trust between the IDF chief and his combatant commanders during wartime, most notably in the Second Lebanon War of 2006. In such cases, a consensus had been reached between the generals regarding war planning, but since the course of action wasn’t thoroughly discussed and analyzed, it was thus interpreted and carried out differently by the combatant commands. Finkel said that as a result of the complex nature of war and the pace with which decisions are made today, the probability of loss of trust is getting higher.

Meir Finkel, brigadier general (res.), an armor brigade commander in the Second Lebanon War, is the current head of research and former director of the Dado Center for Interdisciplinary Military Studies/IDF J3. He is the author, most recently, of Military Agility: Ensuring Rapid and Effective Transition from Peace to War. Finkel holds an MA in neurobiology and PhDs in evolutionary biology, political science, and prehistoric archaeology.