Unlike our government, the Europeans are starting to understand that the cure to failed nationalized health systems is privatization. 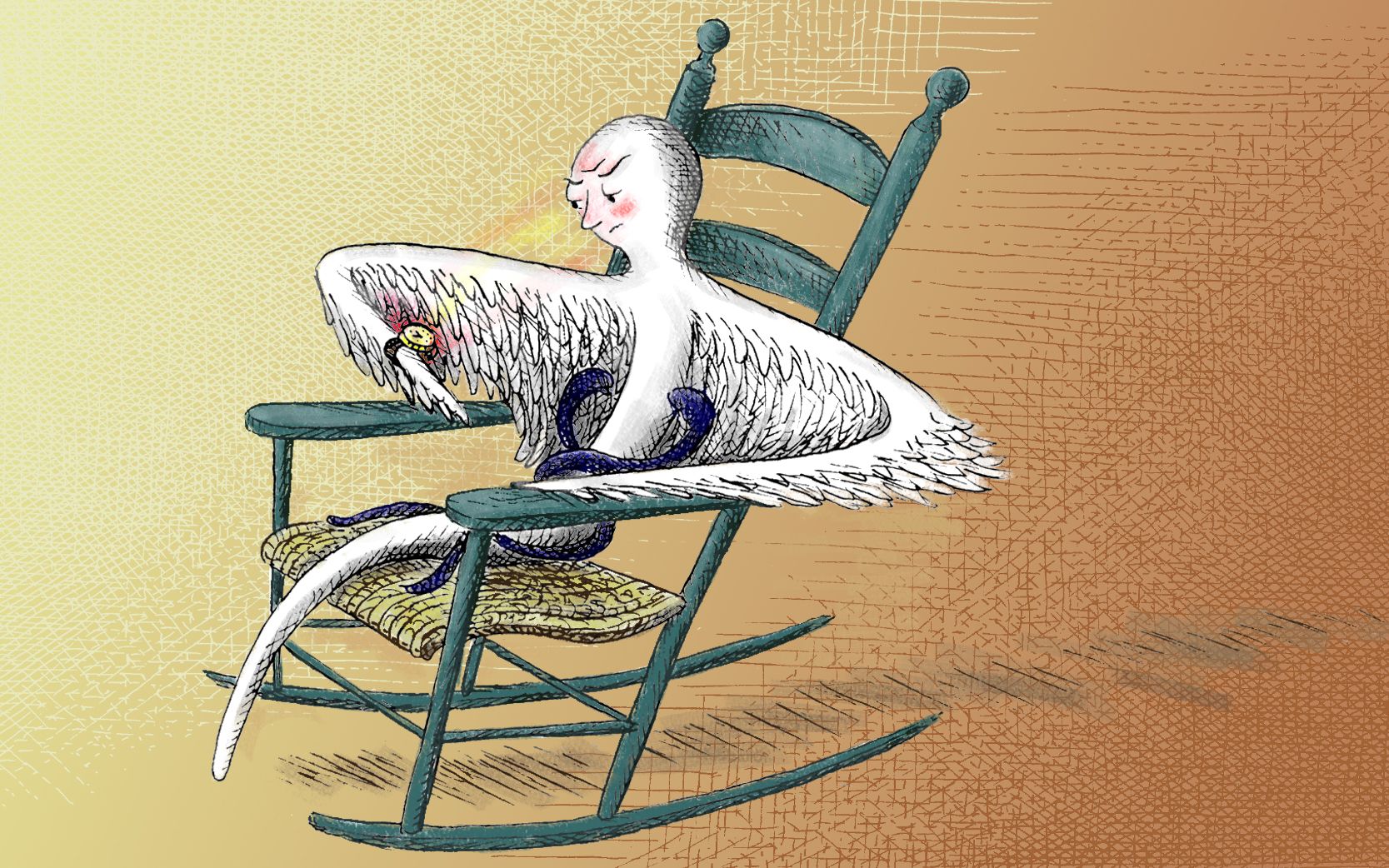 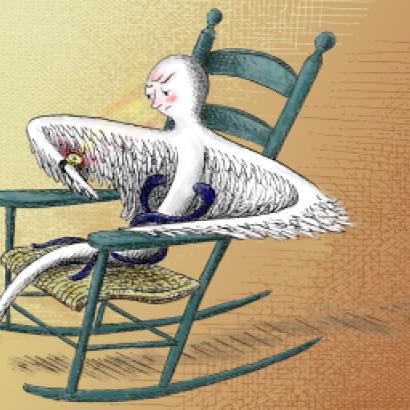 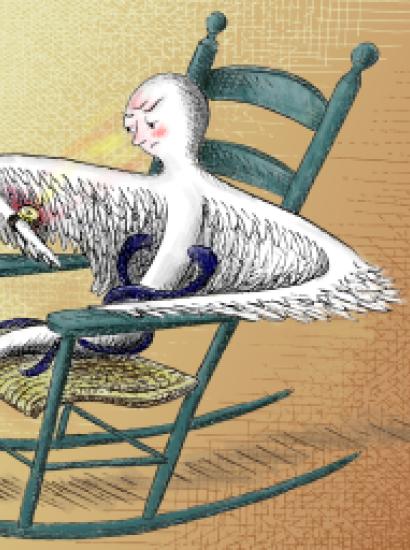 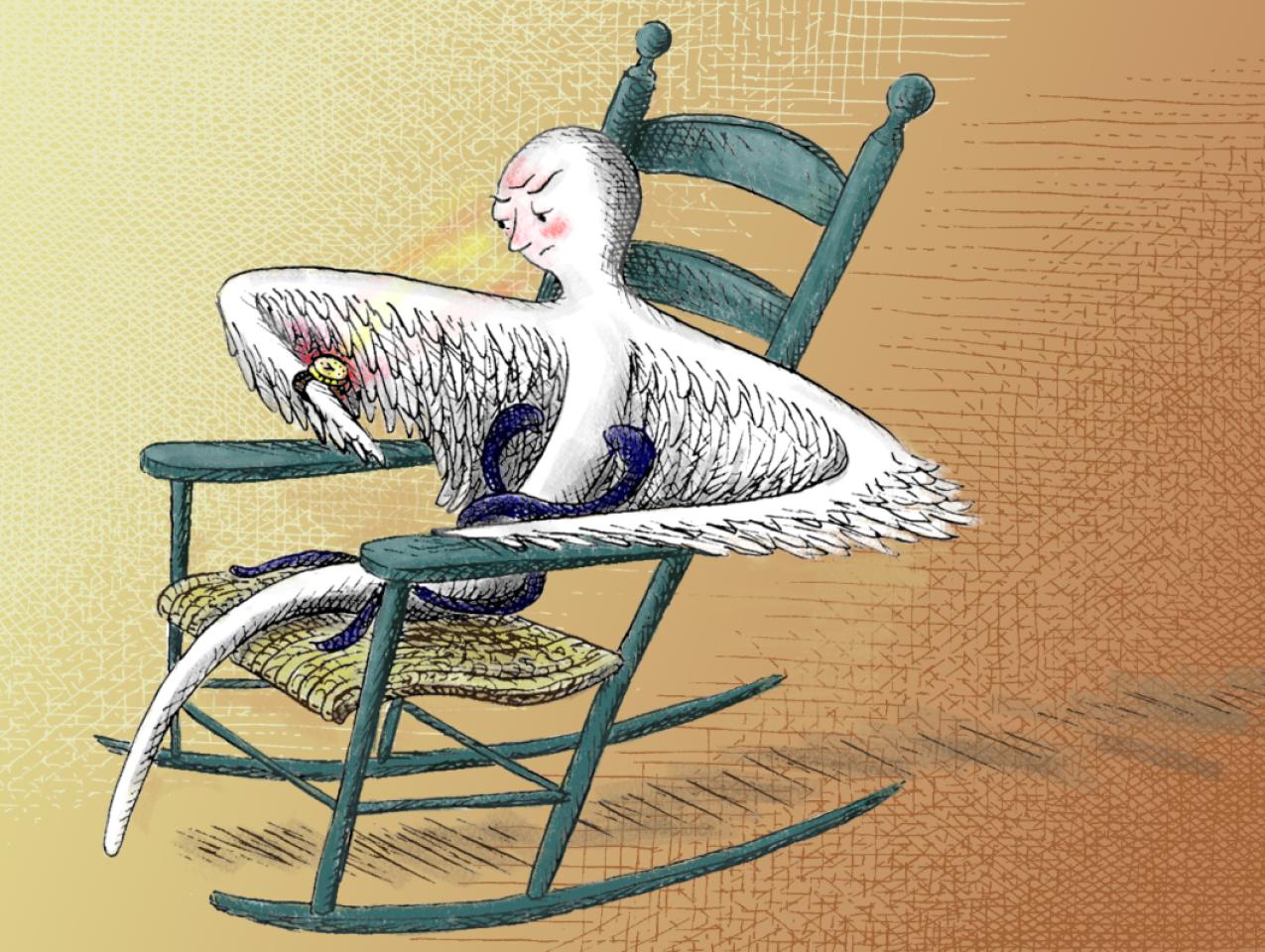 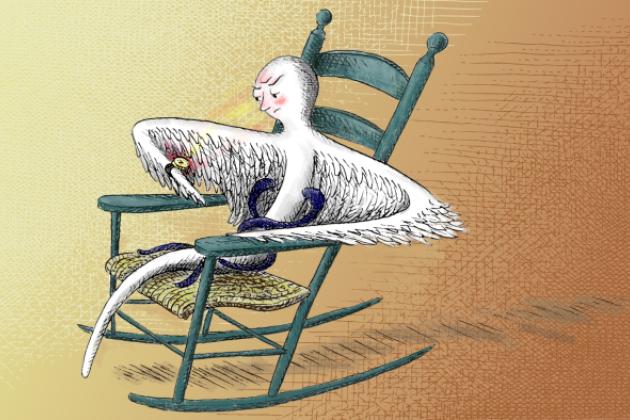 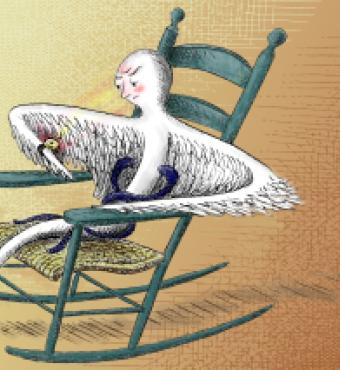 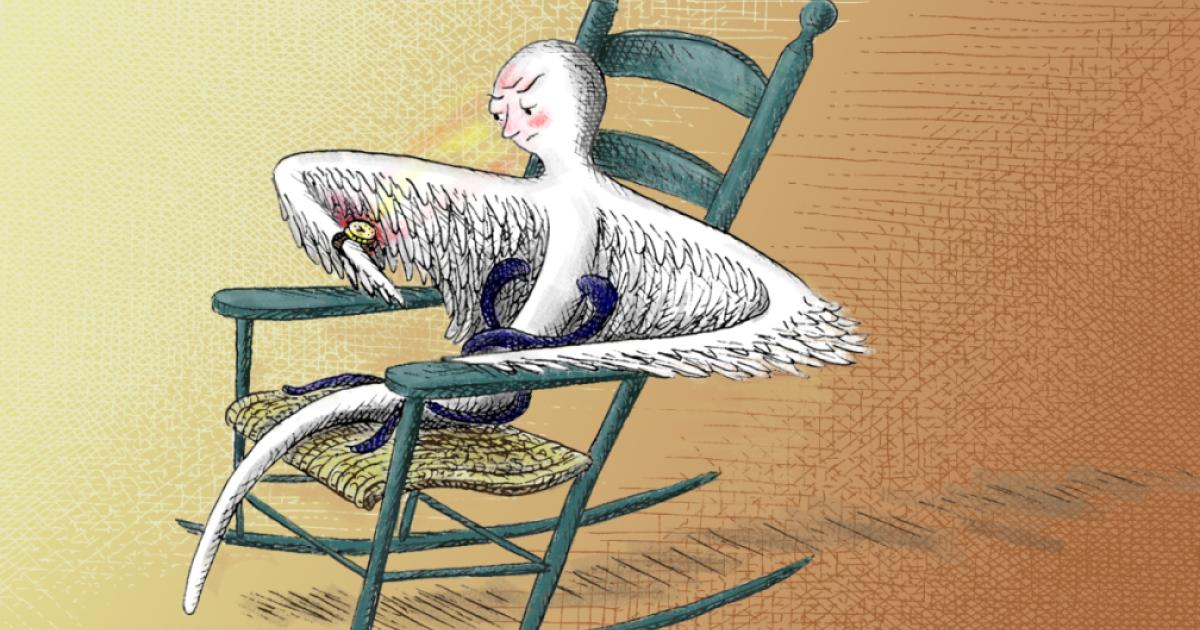 The disgraceful state of the health system for America's military veterans has finally been exposed. In our Veterans Affairs (VA) hospitals, America’s honored veterans suffer or even die due to shamefully long waits before receiving important medical care. Based on an internal audit ordered by the White House, the Associated Press reported that more than 57,000 patients are still waiting for their appointments 90 days after requesting them. Bureaucrats apparently covered up the facts, and some staff even falsified records to earn personal bonuses.

Americans should recognize the importance of these new revelations. These scandals serve to vividly remind everyone of the very personal consequences of allowing the government to fully control healthcare. But this should not have been a surprise. While such waits are otherwise unheard of in the healthcare system of the United States, they in fact typify the very systems held up as models for US reforms by supporters of ObamaCare. Even though the facts have been thoroughly documented by governments running nationalized health systems and in the most renowned scientific and medical journals, it is puzzling that the shocking waits for care in those systems—whether for specialist appointments, heart surgery, stroke treatment, diagnostic scans, or cancer care—go virtually unreported by the mainstream US media.

While Americans are shocked about the revelations about the VA hospitals, the failure of government-run healthcare has already been proven all over the globe. Last year, Britain’s National Health Service (NHS), the paradigm of government-controlled healthcare, turned 65 years old and officially entered senior citizenship. As opposed to the celebration that might have been expected, headlines in the British press documented scandalous patient care, shameful waiting lists, catastrophic hospital practices, and financial debacles.

Access to medical care has been so poor for so long in the NHS that the government was compelled to issue England’s 2010 “NHS Constitution” in which it was declared that no patient should wait beyond 18 weeks for treatment—four months—after a referral from a general practitioner.  While NHS England officially states that the laughably long leash of 18 weeks to initiate treatment is being met, as of February 2014 more than 50,000 patients had waited more than those 18 weeks after GP referral for treatment to begin.  In Scotland, as reported in May 2014, more than 10% of patients were still waiting more than 18 weeks for their treatment to begin–4 months after being referred for treatment by their doctors.

Even more shocking is the recent decree from the Comptroller and Auditor General of England’s Department of Health: “NHS England introduced zero tolerance of any patient waiting more than 52 weeks (for treatment after doctor referral), for which trusts face a mandatory fine of £5,000 for each patient doing so.” Yes, waiting more than one full year for treatment is apparently a possibility in the NHS.

Despite the UK government’s repeated laws and decrees, more patients than ever before are now on waiting lists, and the NHS is failing to deliver on its most basic promises to the taxpayers. In April 2014, hospital waiting lists soared to their highest point since 2006, with 2,993,108 patients in England on waiting lists for treatment. Figures for last July showed that 508,555 people in London alone were waiting for operations or other treatment to begin—the highest total for at least five years. Almost 60,000 more patients were waiting for treatment at the capital’s 34 NHS hospitals than one year previous.

In October 2013, the median wait time in England’s NHS for hospital inpatients—patients sick enough to require hospital admission—was a staggering 9 weeks to begin treatment, a full 2 months after doctor diagnosis and referral. For outpatients, median waits were also markedly higher in October 2013 than a year earlier. Paul Smith, a senior research analyst at the Nuffield Trust health think tank, said to the Guardian "this is hardly surprising. Waiting times are a good barometer of the general health of the NHS.”

Foreshadowing what we now know about our own VA system, the BBC uncovered scandalous news last year: many patients initially assessed as needing surgery were subsequently re-categorized by the hospital so that they could be removed from waiting lists to hide the already unconscionable delays. Royal College of Surgeons President Norman Williams, calling this “outrageous,” publicly charged that hospitals are cutting their waiting lists by artificially raising thresholds. Meanwhile, England’s National Audit Office reported in January 2014 that records of waiting times are riddled with inconsistencies and errors, raising significant doubts about published data for the NHS's performance on their 18-week target. According to the recent 2014 British House of Commons report, nearly one-third of NHS patients had no recorded wait times whatsoever, and another 26% were frankly inaccurate.

Adding to those indefensible facts is a long list of scandals in NHS hospitals that were epitomized in 2013 by the Staffordshire Trust debacle, where between 400 and 1,200 neglected and abused patients died in squalid and degrading circumstances. Although virtually unreported by US media, the 2013 Francis report, consisting of more than one million pages and 64,000 documents, and costing British taxpayers about $20 million, caused widespread outrage among the British. While forcing the resignation of the NHS chief, the report officially called out the insidious, negative culture in the NHS, characterized by a tolerance of unacceptably poor standards and patient neglect, a preoccupation with cost-cutting, targets and processes, all the while losing sight of its fundamental responsibility to provide safe patient care. The parallels to America’s VA system are undeniable.

The paradox is that America has been doubling down on government authority over healthcare with the Affordable Care Act, just as more and more European governments, including Denmark, England, Finland, Ireland, Italy, the Netherlands, Norway, Spain, and Sweden, have been forced by public outcry to address the unconscionable waits for care by introducing new laws. But it is even more essential for American voters to realize, and for our government leaders to acknowledge, what other countries are beginning to recognize all over the world. These governments have started to understand that the cure for their failed nationalized health systems is a shift to privatization. And citizens under government-dominated health systems are increasingly circumventing their own systems, pursuing private healthcare to solve the uniformly poor access to care and limited choices.

Let’s consider Sweden, often heralded as the paradigm of a successful welfare state. The facts tell a very different story. Having failed its citizens in healthcare access, the Swedish government has aggressively introduced private market forces into healthcare to improve access, quality, and choices. Although once entirely public, over a quarter of Swedish primary care clinics are now run by the private sector. Sweden’s municipality governments have increased spending on private care contracts by 50% in the past decade. Private nursing facilities now receive substantial public funding to care for patients. Widespread private sector competition has also been introduced into pharmacies to tear down the pre-2009 monopoly over all prescription and non-prescription drugs. Since the Swedish government sold over half of its pharmacies to private firms in 2009, 20 private firms entered the market and over 300 new pharmacies opened, not only improving accessibility but providing the first pharmacies ever to many small towns.

Moreover, despite the fact that an average Swedish family already pays nearly $20,000 annually in taxes toward healthcare according to Swedish economist Per Bylund, about 12% of working adults bought private insurance in 2013, a number that has increased by 67% over the last five years. Half a million Swedes now use private insurance, up from 100,000 a decade ago, even though they are already “guaranteed” public healthcare.

In England, the overwhelming majority of financially successful people now avoid the NHS, the system still naively cited as the model for US health reform by many. About six million Brits now buy private health insurance, including almost two-thirds of those earning more than $78,700. More than 50,000 Brits travel out of the country per year and spend $250 million to receive medical care due to lack of access. According to The Telegraph, the number of people paying for their own private care is up 20 percent since the previous year, with about 250,000 now choosing to pay for private treatment out-of-pocket each year—even though they are already paying for their NHS insurance.

In the wake of the current VA scandal, President Obama now has the opportunity to reach a grand consensus on healthcare reform, despite the sharp divisions on the issue in the nation. Just like every country with nationalized health systems, the truth is becoming obvious for all Americans who bother to look. Whether you are a veteran with VA care, a poor person under Medicaid, a senior relying on Medicare, or a member of the middle class under ObamaCare, being insured is not the same as having access to medical care. He gave hope when his administration recently backed off from the ObamaCare plan to reduce affordable private coverage options inside Medicare, options that all Medicare beneficiaries enjoyed before the law.

Allowing our veterans to use private care with government funding was a more direct action to improve choices and timely access to medical care by expanding private care choice. The next step for the President is to do the same for the most vulnerable, the low income Americans and their families. Rather than expanding traditional Medicaid at a cost of nearly a trillion dollars over the decade, our elected officials should consider something far bolder: add a premium support option for beneficiaries, offering financial assistance instead of traditional Medicaid insurance for people to choose among private plans.

But there is an even more fundamental point that should be appreciated. Frankly, none of the key goals for health reform in America—reducing healthcare spending, expanding access to affordable coverage, preserving personal choice and portability of coverage, promoting competition in insurance markets, and maintaining the excellence of medical care and innovation—require the government to directly provide insurance or healthcare itself. Let’s hope President Obama and the polarized Congress have the courage to truly lead with creativity, by seizing the opportunity to facilitate access to America’s private healthcare. Perhaps a genuine consensus can be achieved after all.