Tax Schemes That Won’t Pay Off

The proposed wealth tax violates both sound principles and the Constitution. So both growth and revenue are likely to suffer. 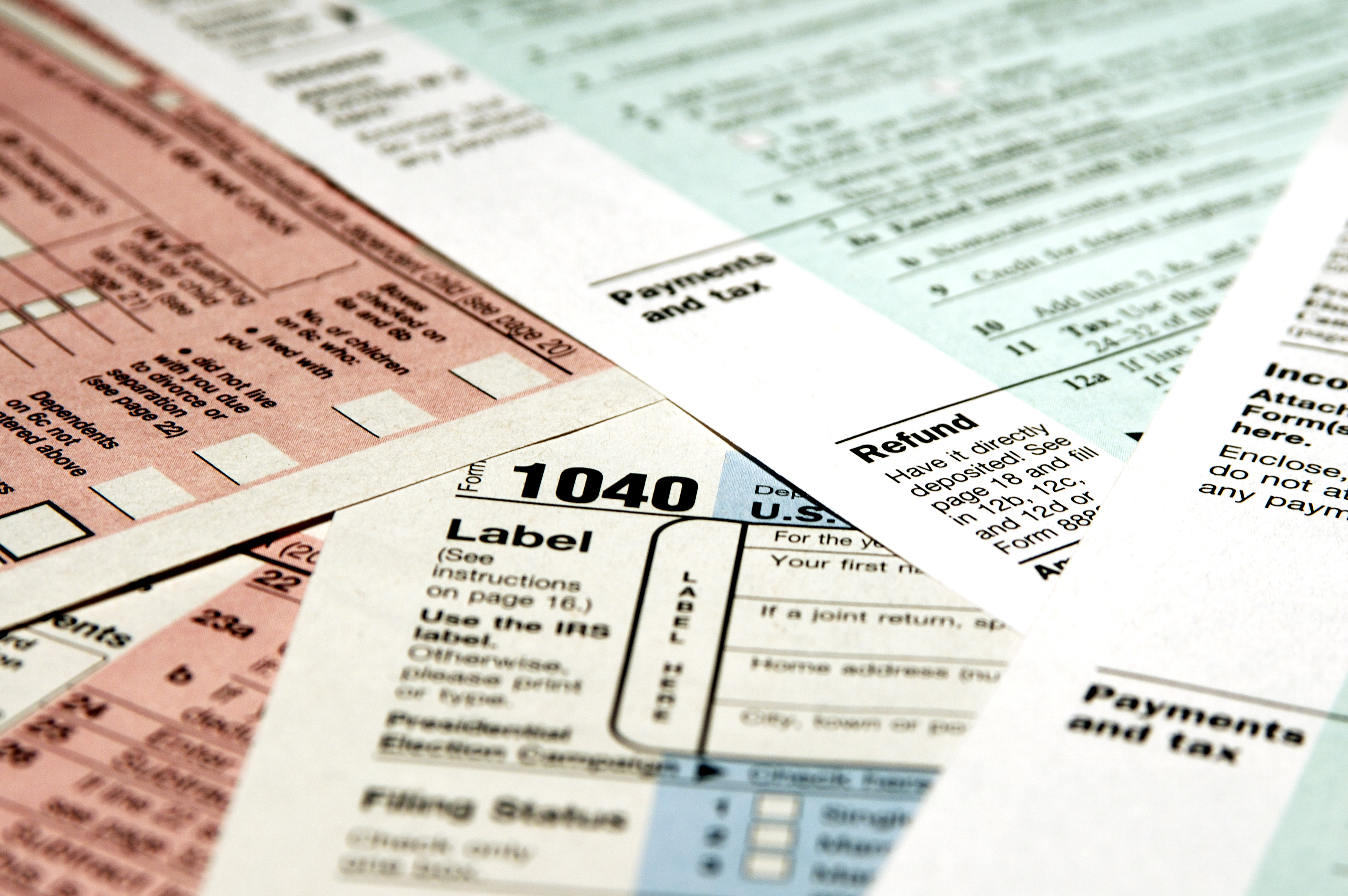 Tax Schemes That Won’t Pay Off 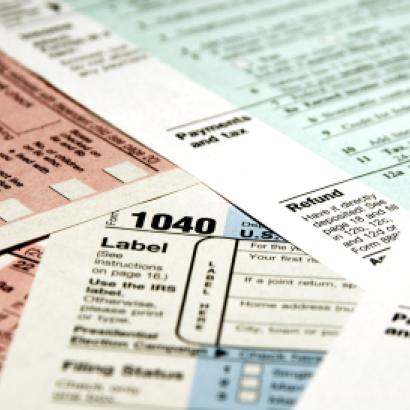 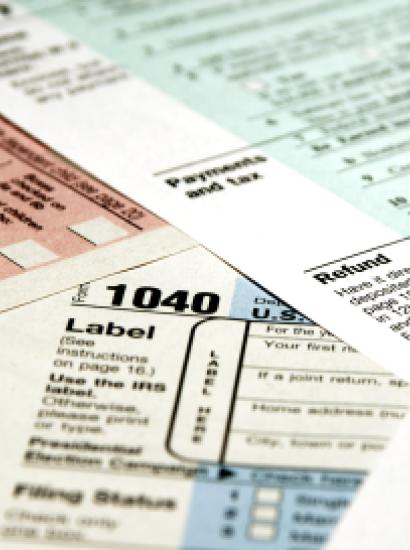 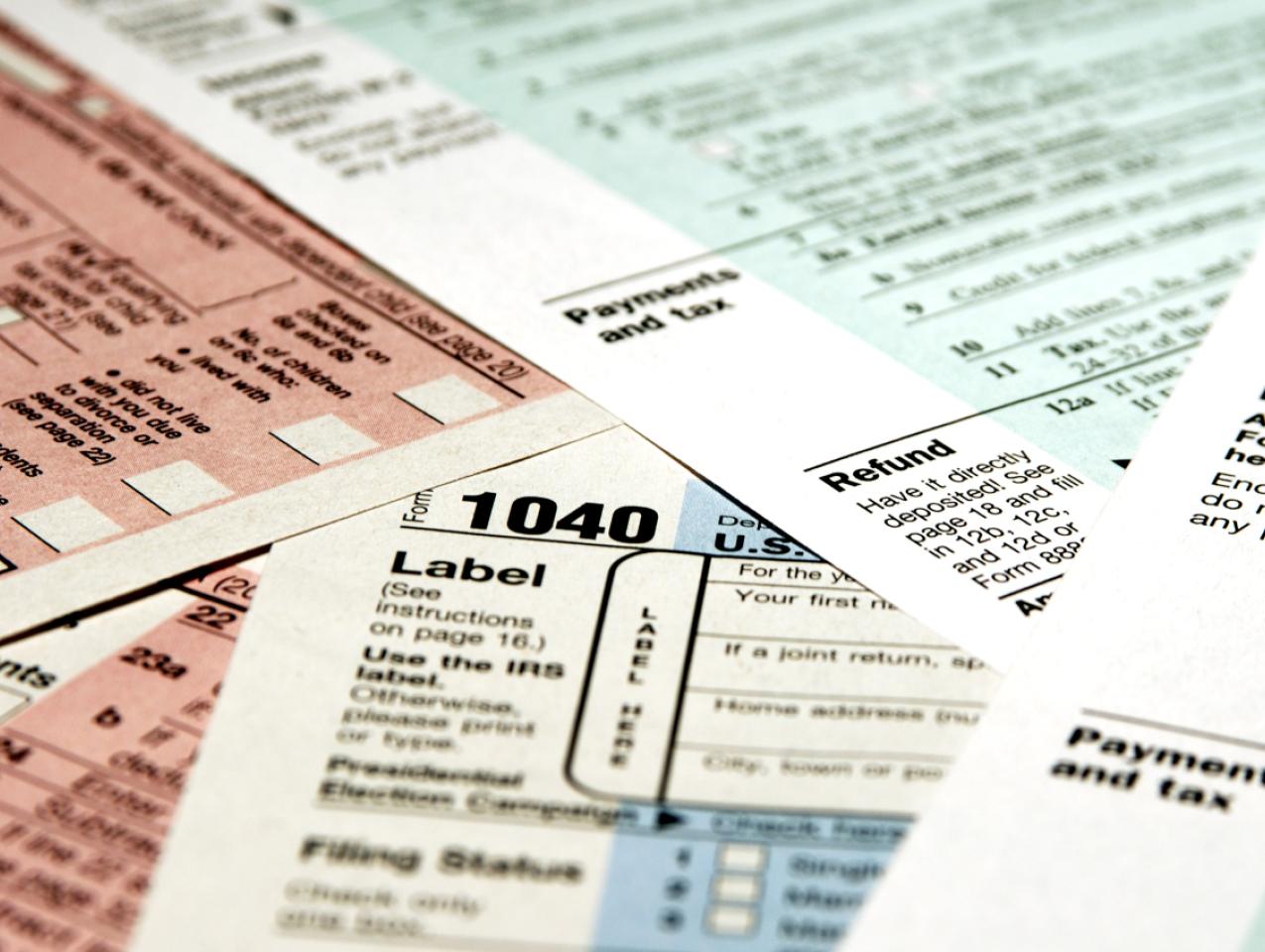 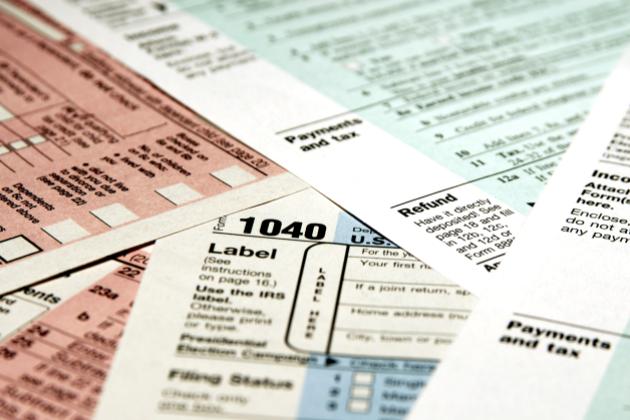 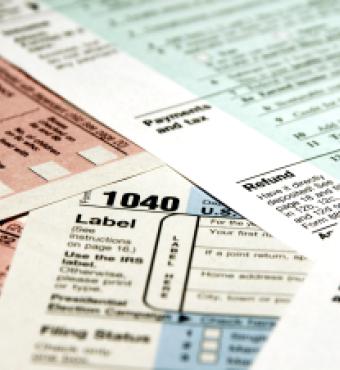 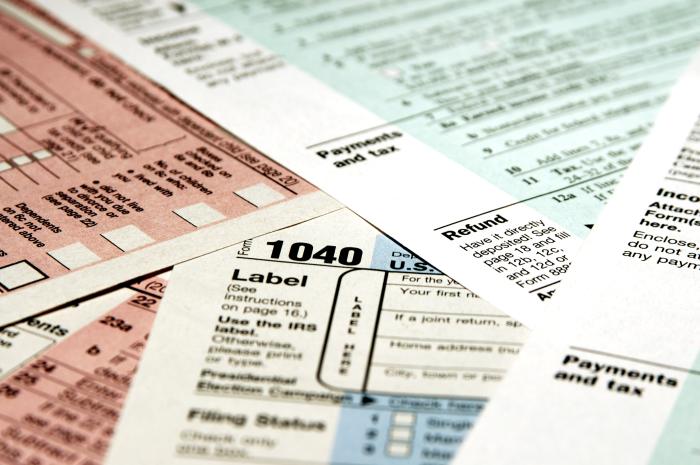 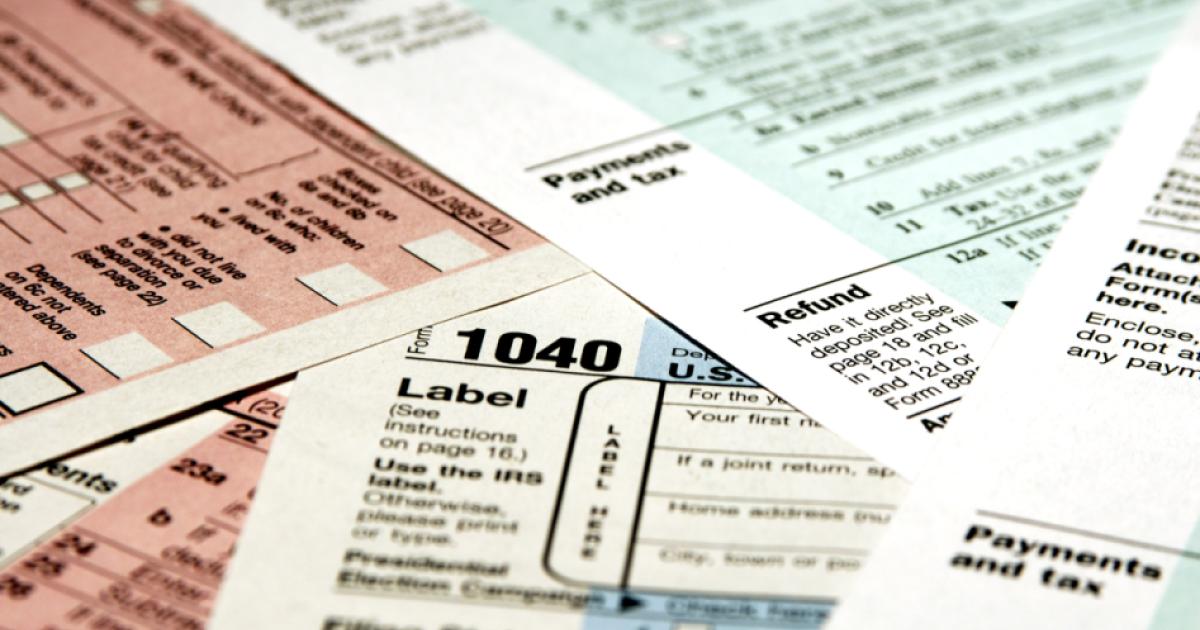 Right now, Washington’s fevered political atmosphere is abuzz with taxation proposals to plug the funding gap created by President Biden’s slimmed-down $1.85 trillion Build Back Better program. Biden has no modest fiscal ambitions: he wants to introduce a huge new system of transfer payments to those at the bottom of the income scale, paid for by taxes that are imposed solely on the richest segment of the population, leaving just about everyone else untouched. His two major policy options—in an on-again-off-again fashion—appear to be a tax on the unrealized appreciation targeted to those who have more than $1 billion in assets or $100 million in income, and a 15 percent minimum corporate tax that Biden asserts will make big business pay its “fair share.”

House Speaker Nancy Pelosi touts this program as “something major, transformative, historic, and bigger than anything else” that Congress has ever attempted—which is exactly why a thumbs-down verdict is warranted, even before its details are laid out. One key classical liberal requirement for good government is the stability of key social institutions, including, prominently, taxation. Stability does not entail total stasis; after all, government must be able to respond to a changed global environment which, whether anticipated or not, may require rapid revisions in revenue needs. But stability does caution against making major structural changes in short time periods, without anticipating the range of complications bound to follow sudden social transitions.

The new system’s administrative costs, the high likelihood of technical error, and the nonstop, evasive maneuvers of targeted taxpayers to avoid or minimize the new tax regime make it a virtual certainty that tax revenues will fall short of projections. Overall economic growth, meanwhile, will likely falter, often with unanticipated distributional consequences that make both the rich and poor worse off.

Happily, the requisite solution rests on the adoption of two simple principles. First, avoid taxing multiple sources of revenue—estates, gifts, and wealth—for general revenue purposes. Being able to tax a large number of potential revenue sources undermines institutional stability, as resourceful politicians have the option to form coalitions that allow them to shift from one source to another. Second, within that single system of either income or consumption taxation, rate changes must move in lockstep for all individuals. Ideally, the correct solution is flat tax on the relevant tax base, which allows the government to set any revenue target it wants without dissipating wealth by constantly shifting the large tax burden to some politically vulnerable group. But even a fixed progressive ratio should help calm choppy political seas. Thus, there would be no radical discontinuities in how tax changes are implemented, as everyone would be responsible for voting on whether to move the entire scale up or down in unison. To increase taxes on some other group would be to increase taxes on your own.

In my view, the ideal flat-tax constraint has powerful constitutional origins in the prohibition against uncompensated takings and otherwise confiscatory taxes, precisely because it places enforceable limits on the government’s ability to target politically vulnerable groups. Indeed, under the First Amendment a flat tax on large and small newspapers alike is required for just that reason. Needless to say, however, the current law does not take anything close to that position. The analysis starts with the Sixteenth Amendment that provides that “Congress shall have power to lay and collect taxes on incomes, from whatever source derived, without apportionment among the several states, and without regard to any census or enumeration.”

That broad grant of authority does not provide explicit authorization for a tax on wealth, including modern wealth tax plans such as the one advocated by Senator Elizabeth Warren. The distinction between income and wealth is not obscure: the former refers to the gain of wealth during a taxable period, and thus is positive only if wealth increases. A wealth tax looks only at the total level of wealth, and imposes the same tax whether that stock of wealth has increased or decreased within the period. It seems to follow, therefore, that the Constitution offers no authorization for a wealth tax—for even an estate and gift tax is not imposed on wealth as such, but, as held in Knowlton v. Moore in 1900, only on the passage of wealth from one person to another. Thus, wealth can be taxed only once under the estate or gift tax, but would be taxed annually under a wealth tax, even if it stays in the same hands. Note that the transfer tax is consistent with past practice. The wealth tax is not.

It does not follow, however, that because a wealth tax is unconstitutional, all income taxes are necessarily constitutional under the Sixteenth Amendment. A unanimous Supreme Court in Brushaber v. Union Pacific R. Co. (1916) upheld the passage of a progressive tax on corporate income, noting that these progressive taxes, like transfer taxes, have long antedated the adoption of the Sixteenth Amendment in 1913. But, notwithstanding its defense of progressive taxation, Brushaber contained a warning that while the power to tax was broad, it was not unlimited. The acid test arises where “there was a seeming exercise of the taxing power, [but] the act complained of was so arbitrary as to constrain to the conclusion that it was not the exertion of taxation but a confiscation of property—that is, a taking of the same in violation of the Fifth Amendment.”

Where a tax becomes a taking now becomes a matter of degree. But it appears that just that line has been crossed with the unprecedented billionaire tax: this new framework bears no relationship to the traditional progressive tax with multiple brackets, none of which solely targets so infinitesimal a portion of the population. Indeed, if this tax is just business as usual, the caveat in Brushaber is just empty rhetoric. It is also difficult to justify any portion of this tax as a means to pay for the portion of public goods the super-wealthy share, because the tax’s very structure, with its intended class of beneficiaries, is intended to make sure that the wealthy persons taxed derive no benefit from these tax revenues.  If the government had just declared that it would require a direct transfer of huge funds from some designated rich person to some designated poor persons, the direct transfer would be regarded as a taking of cash from one big A to many small Bs.

These dislocations are still greater because the funds needed to meet the billionaire tax will commonly require one of two unpleasant choices: liquidating sales of particular assets to pay the tax, thereby incurring an ordinary capital gains tax, or borrowing against the same assets, so that a government lien now restricts one’s ability to maintain or expand operations—which will only further weaken the overall economy. Both alternatives raise intractable valuation issues for a huge set of assets—artwork, intellectual property, real estate, and untraded shares of family corporations—that must now be subject to expensive annual evaluations—which in complex cases can take years to resolve. The overarching complexity of this system could then trigger yet another nightmare: large unrealized losses, which will have to be set off against unrealized gains, thereby further weakening the annual tax system.

For good economic reasons, no serious tax analyst to date has advocated for taxing the unrealized appreciation of capital assets. Indeed, the liquidity and valuation constraint has been so strong, that often the opposite is true. Even when gains are realized, they are not recognized (i.e., made taxable) in such important transactions as corporate reorganizations (recapitalizations, mergers, asset purchases) for stock, or analogous exchanges of real property, except to the extent that they generate cash or marketable securities.

To repeat: if greater revenues are needed, raise them through general taxes. But not through the 15 percent minimum corporate tax on large corporations, which, as Kyle Pomerleau of the American Enterprise Institute notes, is not progressive at all. It is a tax on the full range of Main Street parties that Biden wants to insulate from higher taxes, covering ordinary shareholders, pension funds, and charitable organizations. Why target them, when many small private corporations are owned by small numbers of individuals?

Nor is it easy to hit a moving target. The current tax law contains all sorts of mysterious preferences for various activities, which lower tax rates for some corporations. Many of these gimmicks violate the standard norms for a sound revenue system, but the progressive champions of the 15 percent minimum corporate tax are still willing to tolerate carve-outs for some of these existing preferences. Moreover, the current plan enables the secretary of the treasury to decide when it is “appropriate” to make special exceptions to deal with problems of rapid fluctuations in income over a three-year period and to adjust for the application of the minimum tax to clusters of closely related corporations or to corporate successions, mergers, and reorganizations.

In sum, there is no excuse for these gimmicks, which will instead achieve a rare trifecta: creating unnecessary administrative confusion; retarding economic growth; and reducing public confidence. No wonder Biden faces not only uniform opposition from the Republican Party but also increasing uneasiness from the moderate wing of the Democratic Party.