A tax can be so confiscatory that it counts as a taking of private property. 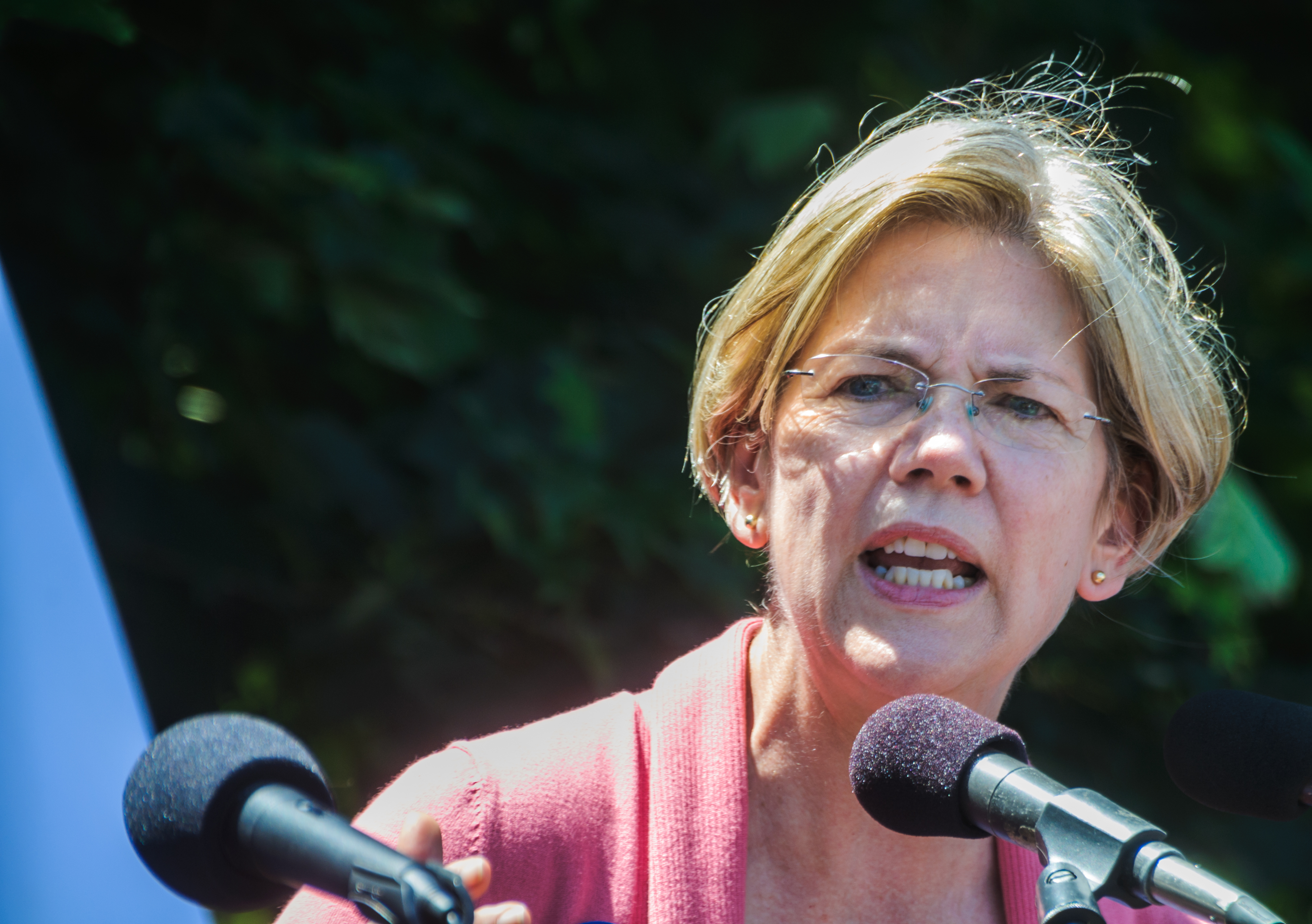 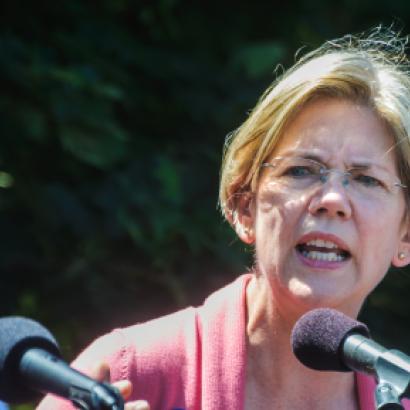 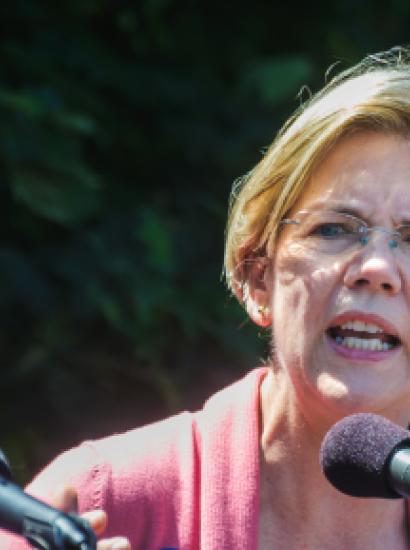 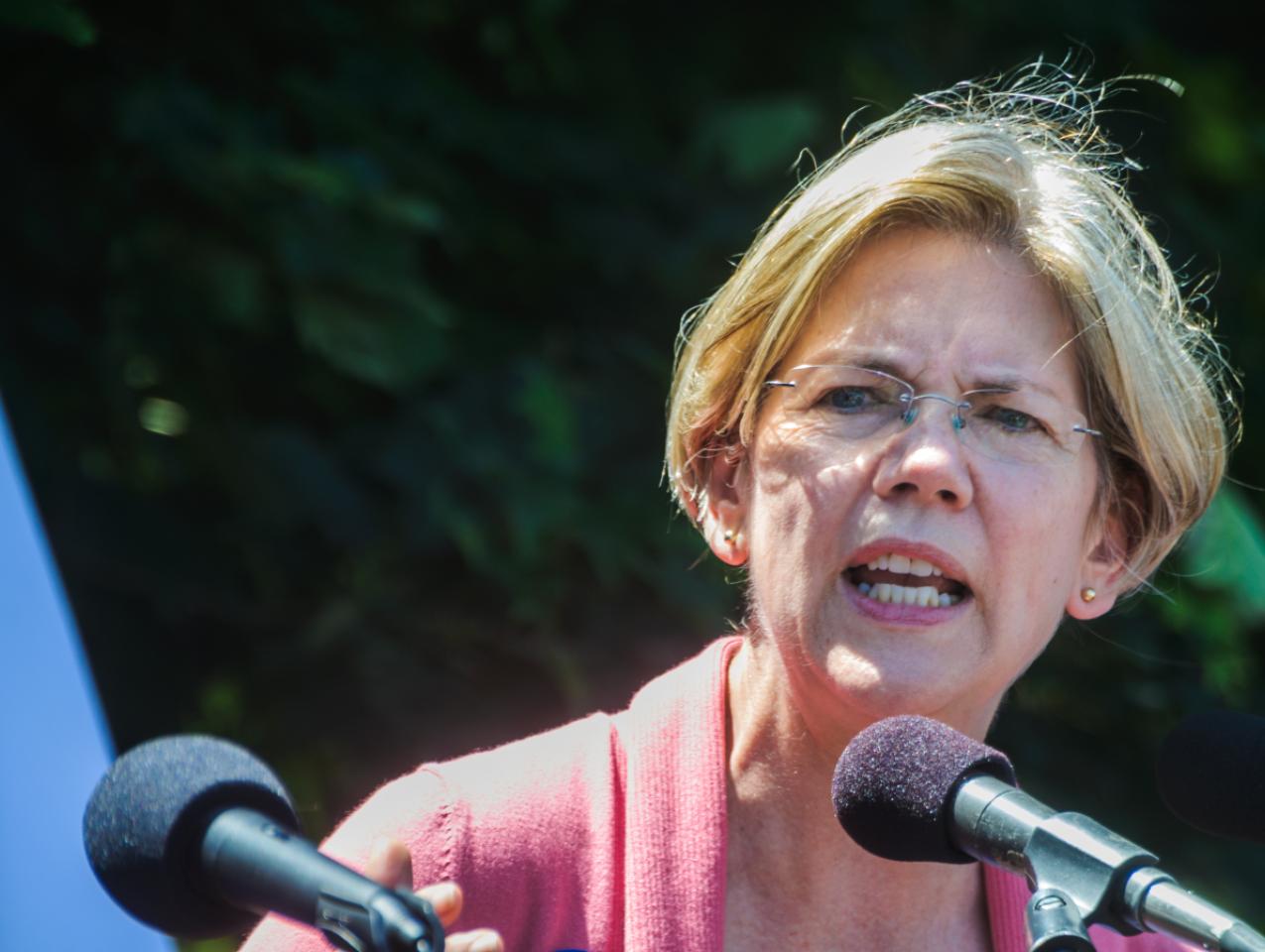 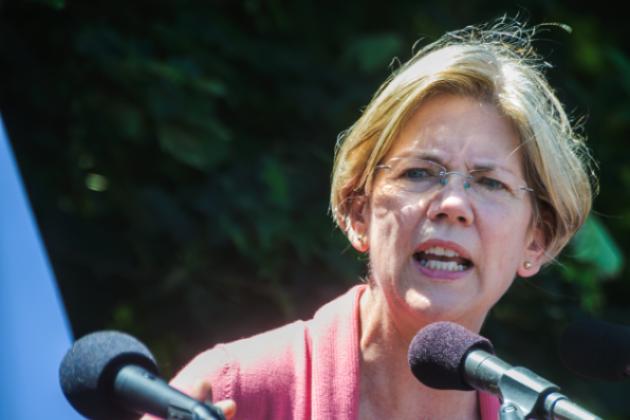 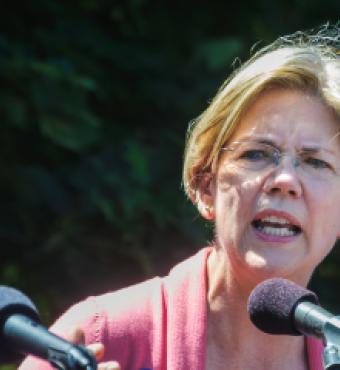 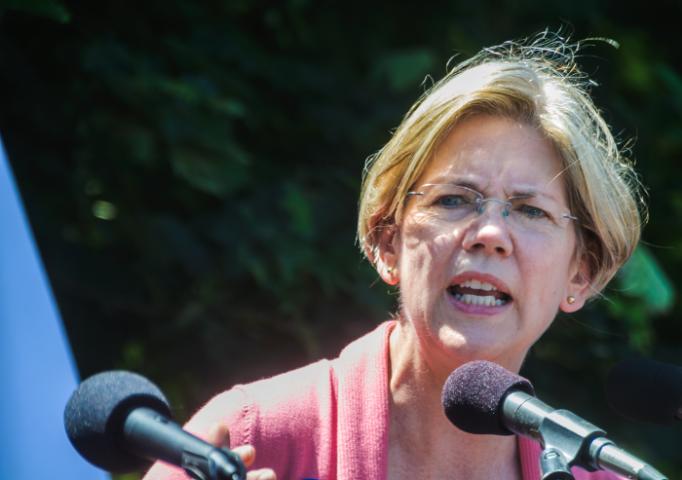 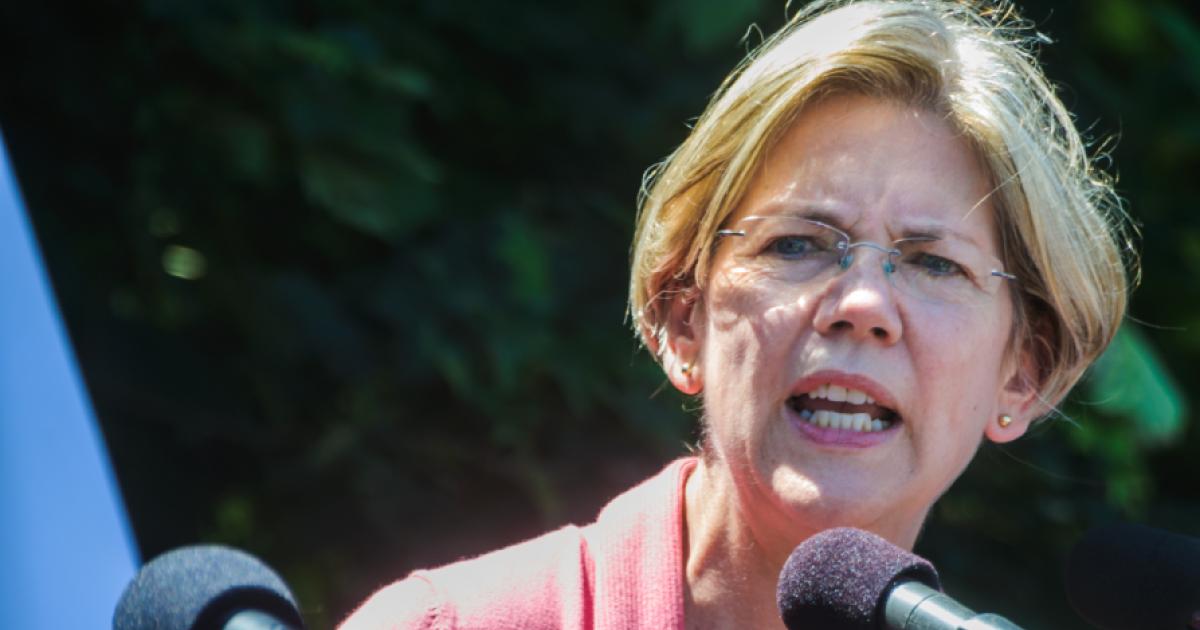 As part of her populist presidential campaign, Senator Elizabeth Warren has unveiled a proposal for an annual wealth tax of 2 percent for ultra-rich families whose net worth is between $50 million and $1 billion. That tax would increase to 3 percent for families whose net worth exceeds $1 billion. The tax is on top of many other taxes to which such a family would be subject, including, presumably, the progressive ideal of a 70 percent income tax as well as state and local taxes. The wealth tax would even apply to people whose net worth has declined during the past year so long as they remain above the stated threshold. Cumulative taxes could easily exceed 100 percent of income. That result is not an unanticipated bug but rather an essential feature: Warren wants to mandate greater income equality through tax policy, even if it means leveling down, not up.

One letter relies on a 2018 Indiana Law Journal article by legal scholars Dawn Johnson of the University of Indiana and Walter Dellinger, of Duke University, entitled “The Constitutionality of a National Wealth Tax.” Johnson and Dellinger claim that the Supreme Court’s 1796 decision in Hylton v. United States, which sustained an annual tax on carriages as an “indirect” tax, is a decisive precedent for upholding Warren’s proposal. The second letter relies on a 1999 article by Yale Professor Bruce Ackerman that claims that “the key decision” of Knowlton v. Moore (1900), which upheld a state inheritance tax, provides constitutional support for the Warren wealth tax. Both letters reject the view that her wealth tax is a “direct” tax that must be apportioned among the states. Neither addresses a second important issue in American constitutional law—whether any tax can be so confiscatory that it counts as a taking of private property.

To see how the direct tax argument works, it is necessary to set out the basic constitutional architecture. Article I, section 8 of the Constitution gives Congress the power to lay and collect “Taxes, Duties, Imposts, and Excises to pay the Debts and provide for the common Defense and the general Welfare of the United States; but all Duties, Imposts, and Excises shall be uniform throughout the United States.” Note that there is no uniformity requirement with respect to taxes, and, further that the clause does not state what objects are subject to taxes, but only limits the purposes for which they can be levied.

Thereafter in Article I, Section 9, the Constitution states that “No capitation, or other direct, Tax shall be laid, unless in Proportion to the Census or Enumeration herein before directed to be taken.” That provision was inserted to block subsidies from rich to poor states in funding the actions of the national government. By proportioning the taxation to state population, the tax was normalized and a strong incentive was created to reduce any reliance on direct taxes. This meant that if the population in two states were identical, then the total tax, say on carriages, would have to be equal in the two states, such that the tax per carriage would be half in the state that had twice as many carriages. The point was to equalize the burden by state population, even if the tax per carriage would not be uniform across state lines.

Ironically, the Constitution offers no definition of what counts as a direct tax. In the highly controversial 1895 decision of Pollock v. Farmers’ Loan & Trust Company, the Supreme Court held that any tax on the rental income of real property had to be regarded as a direct tax and hence failed if it were not apportioned among the states. In 1913, the newly arrived Wilson administration pushed through the Sixteenth Amendment that undid Pollock: “The Congress shall have the power to lay and collect taxes on incomes, from what ever source derived, without apportionment among the several States, and without regard to any census or enumeration.” The requirements for direct taxes thus remained, except to the extent to which they were removed on income from either labor or capital or both combined.

The question thus remains: what counts as a direct tax to which these constitutional constraints apply? The first example is a capitation, or a head tax, which is imposed on a person just because he is alive. A second example of the direct tax is a tax on the bare ownership of a thing, independent of the income that it generates. Indeed, this broad account of a direct tax was, as the Court noted in Pollock, explicitly accepted in Hylton, the case that Johnson and Dellinger claim supports the Warren wealth tax. Two quick points illustrate the matter. First, Justice Chase noted “that a tax on expense is an indirect tax; and I think, an annual tax on a carriage for the conveyance of persons, is of that kind; because a carriage is a consumable commodity; and such annual tax on it, is on the expense of the owner." Next, Alexander Hamilton, who defended the tax in Hylton, was circumspect on its scope: “The following are presumed to be the only direct taxes: Capitation or poll taxes, taxes on lands and buildings, general assessments, whether on the whole property of individuals, or on their whole real or personal estate. All else must of necessity be considered as indirect taxes."

The Warren wealth tax is by Hamilton’s account a direct tax “on their whole real or personal estate.” It does not depend, by definition, on any income received from labor or capital, and it attaches to all forms of property held by any person. The common example of the property covered is real estate, but it boggles the constitutional imagination to suggest that the same principle does not apply to the bare of ownership of patents, copyrights, trade secrets, and other forms of intangible wealth. It would be constitutional folly to assume that the direct tax characterization would not attach to those same assets even if they were transferred tax-free into a wholly-owned corporation, or that the constitutional prohibition would somehow lapse if two such corporations were merged into one.

Nor does the decision in Knowlton v. Moore overcome this challenge. Knowlton upheld a federal inheritance tax against various constitutional objections. But the case never once mentioned Pollock, and for good reason. It understood the vast gulf between an inheritance tax and wealth tax. The inheritance tax is imposed only one time, at death, where it is measured by the amount of wealth transferred to each beneficiary. Ackerman asserts that after Knowlton, the Sixteenth Amendment has only a narrow reach and should not be read as prohibiting various progressive taxation policies. But he misses the critical constitutional point when he fails to mention the two explicit grounds on which Knowlton was decided. In the Court’s own words, they are:

“1. An inheritance tax is not one on property, but one on the succession.

2. The right to take property by devise [e.g. a will] or descent [by inheritance] is an artifact of the law, and not a natural right—a privilege, and therefore the authority which confers it may impose conditions upon it.”

The point of the first requirement is that there must be a transfer of property to which the tax attaches. Duties, imposts, and excises all involve such a transfer on imported goods or goods sold in the marketplace. An estate tax, which is calculated by the amount of wealth left by the decedent, regardless of the wealth of the persons to which it goes, also meets the standard set out in Knowlton. This is no small point, for there is no such thing as an annual inheritance or estate tax—which powerfully limits the extent of government control over property.

The second point, oddly enough, explains why in principle even the inheritance tax should be regarded as constitutionally infirm, for there is no explanation as to why the ability to take property by devise or descent should be regarded solely as a creature of the law. The general constitutional guarantee against the taking of private property without just compensation is surely breached if either the state or federal government announced a 100 percent estate or inheritance tax on the grounds that it has decided to revoke the stated privilege. The point is doubly true under Knowlton because the right to pass property by will or inheritance is not conferred by federal law, but only by state law. So the Court in Knowlton upholds the inheritance tax on the bizarre ground that the federal government can revoke a privilege at will that was conferred on all citizens by state law.

Nonetheless, Knowlton lifted those two key points verbatim from the then-recent 1898 decision in Magoun v. Illinois Trust and Savings Bank, which, without once alluding to Pollock, unanimously upheld a state inheritance tax. Instructively, Magoun opened its discussion not with these legal points, but by appealing to a long-standing constitutional practice allowing state inheritance taxes that it had no desire to disrupt.

But nothing whatsoever in the history of American law supports the unprecedented and punitive Warren wealth tax. Neither she nor her defenders offer any limiting principle as to the extent of the tax. The Congress that imposes a 3 percent tax on wealth over $1 billion could tomorrow levy a 10 percent tax on all household wealth over $10 million. Better yet, it could just seize particular assets worth 3 percent of the family’s holdings.

Given this populist political risk, the Supreme Court has always warned, as in the 1916 case of Brushaber v. Union Pacific Railroad, that whenever “there was a seeming exercise of the taxing power, the act complained of was so arbitrary as to constrain to the conclusion that it was not the exertion of taxation but a confiscation of property, that is, a taking.” That statement recalls the risk of faction that James Madison spoke of at length in Federalist Number 10. Today it is painfully clear that some constitutional protection is needed against the power of a political majority to confiscate the wealth of the tiny few of its richest and most successful members, no matter how lawfully obtained. In my 1985 book Takings, I argued these protections against confiscation should be built in through the constitutional requirement of a flat tax on income or consumption, coupled with a prohibition against all transfer taxes during life or at death.

Indeed, that flat tax prohibition is part of the current First Amendment law, precisely to limit the government’s discretion to shift wealth between rival points of view. That argument should apply to transfers of property in all areas. Unfortunately that ship has long sailed, but those basic concerns are only intensified by Senator Warren’s tax proposal. To date, the messy historical compromises lauded in Magoun have held. Now as they start to unravel, it is high time to reassert that this and other wealth tax proposals should be blocked in both the legislative and judicial arenas.