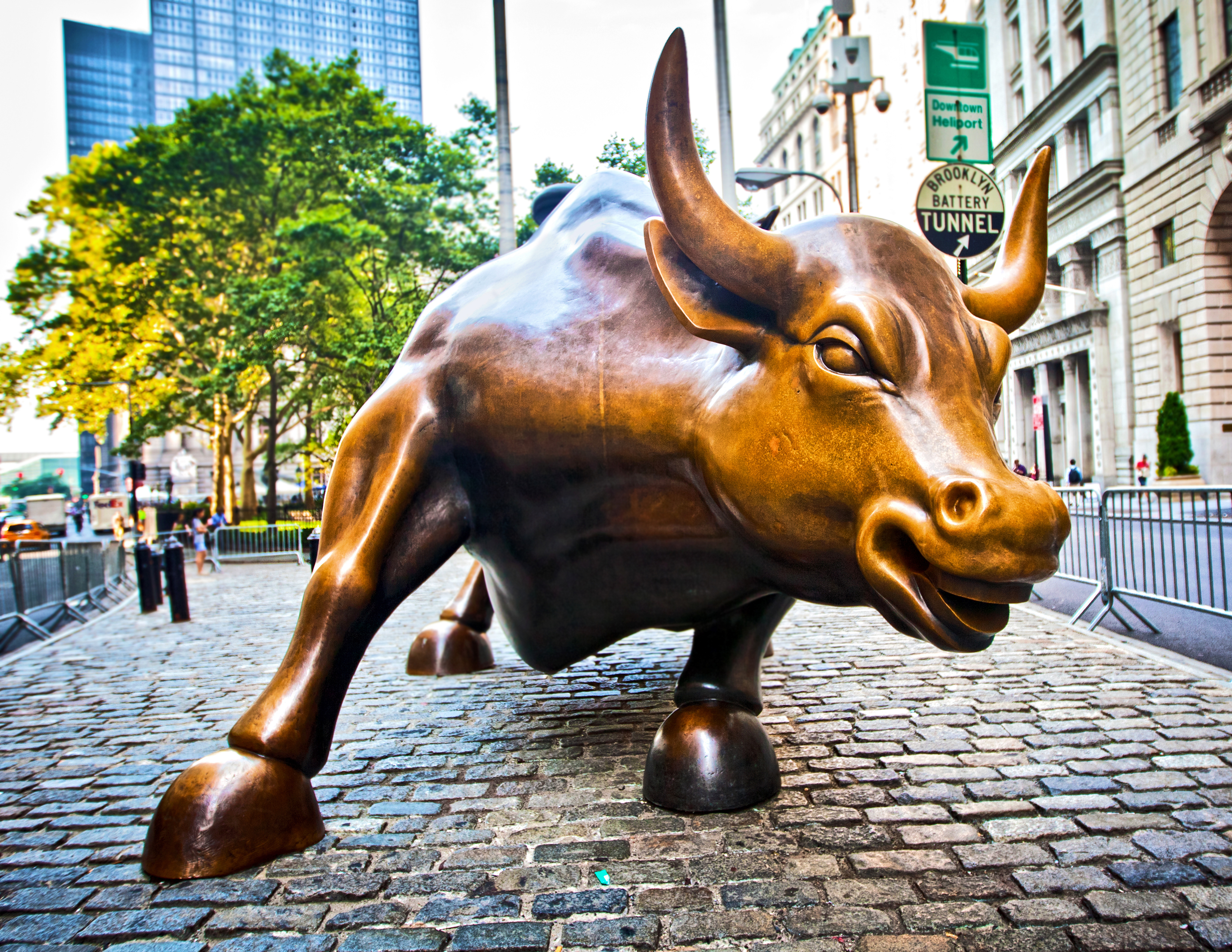 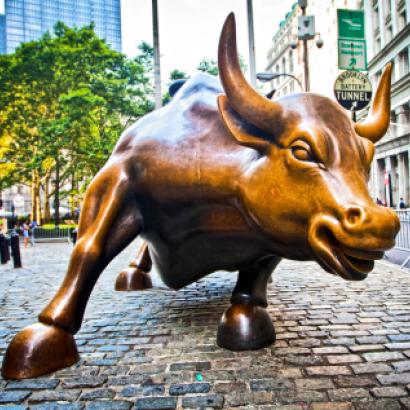 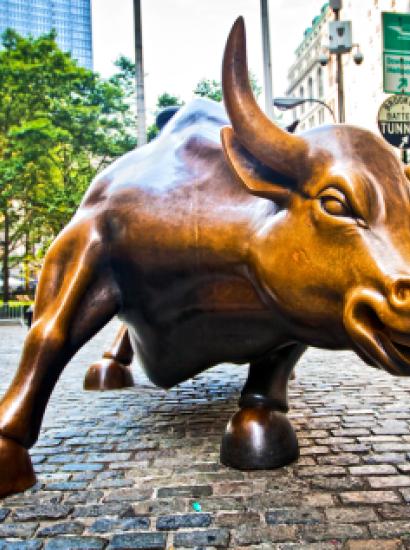 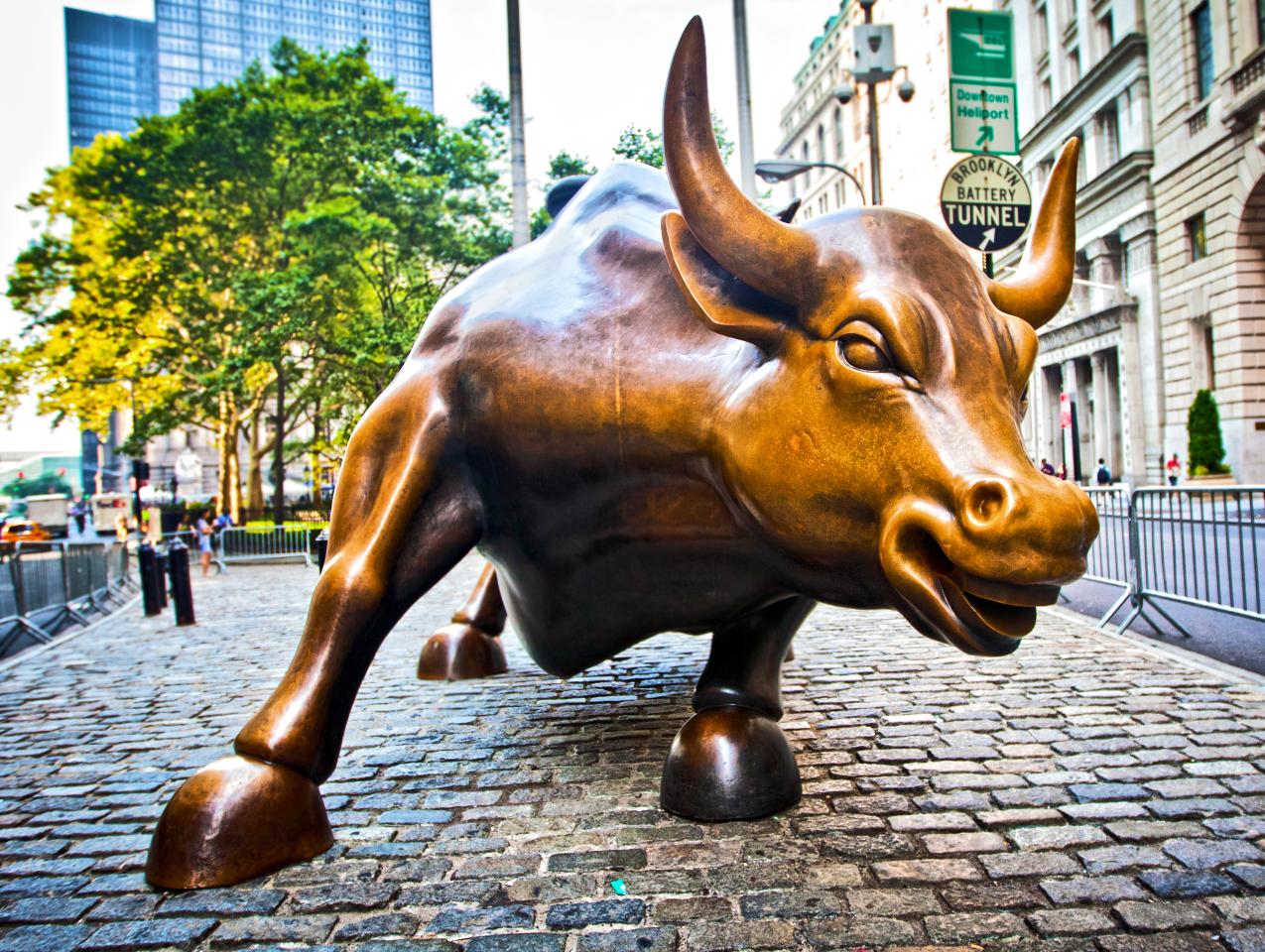 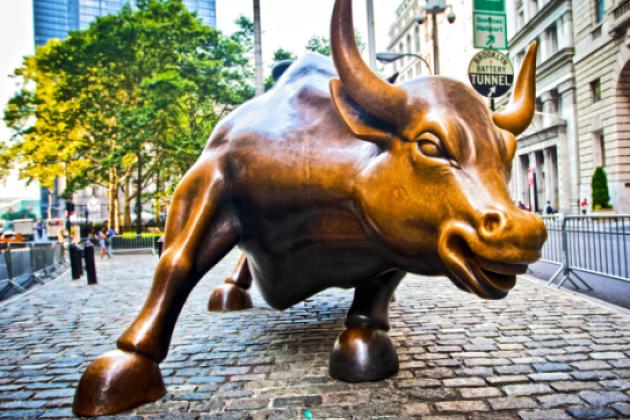 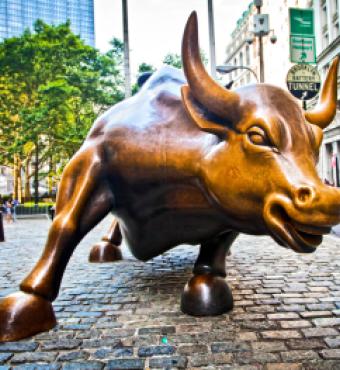 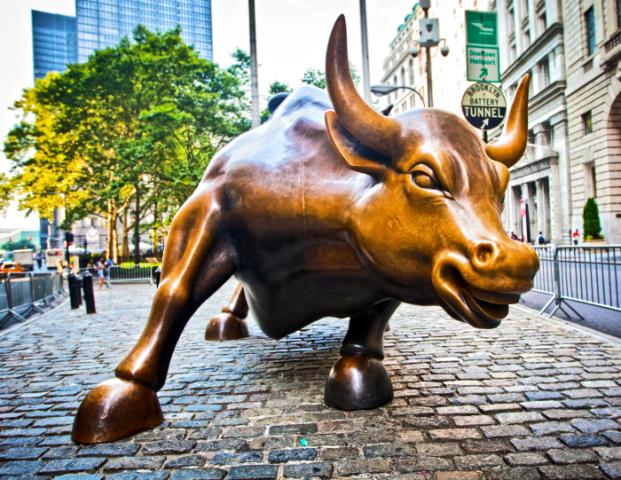 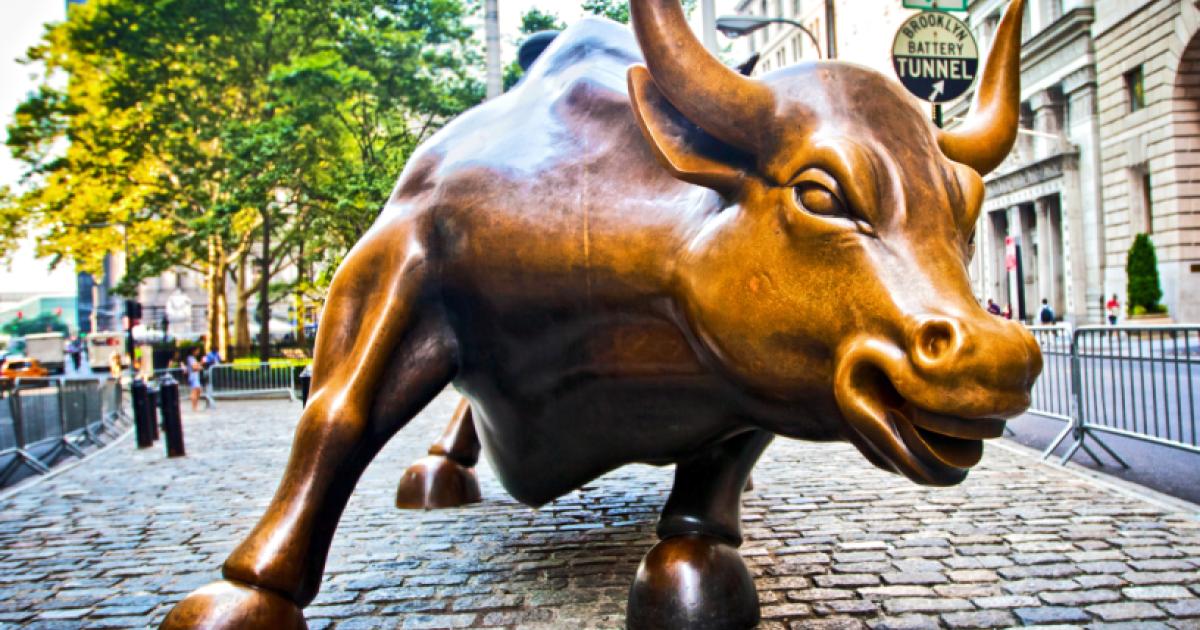 I discovered my genuine confidence in the sustainability of the current economic growth cycle when I recommended to my 27-year-old Uber driver that he invest some portion of his wages in a diversified index fund. Although the stock market will surely ease off its current pace, it nevertheless should prove far more profitable than standard money market funds with their puny returns. The good news is that the current trend likely will not fizzle out anytime soon thanks to several key factors, including lower taxes and deregulation.

Igniting economic growth, as the Trump administration’s policies are doing, is not as straightforward as it sounds because it is easy to make spectacular mistakes in judgment if caught in the grip of Keynesian economic theory. A day after Barack Obama’s 2008 election, the Dow plunged by almost 500 points. On the day of Trump’s election, the economist Paul Krugman wrote with his legendary overconfidence: “If the question is when markets will recover, a first-pass answer is never.” The Federal Reserve, he added, could not cut rates again to forestall the anticipated recession—and the Trump administration would only make matters worse because it was “ignorant of economic policy.” But the Dow soared by 250 points.

Krugman’s basic mistake is that he wants to use monetary and fiscal policy to shift income and wealth away from investment to consumption, or indeed vice versa. The theory is that only government stimulation can make up for the chronic shortage of private investment, given the general lack of confidence in market institutions. This approach falsely assumes that some omniscient policymaker knows best how to make and implement a collective decision about the appropriate balance between investment and consumption. But there are several errors with this way of thinking.

First, this approach ignores the uncertainty that comes when a government agency makes a policy decision that is later reversed by a change in leadership, such as when Obama succeeded George W. Bush. The inevitable discontinuities in public policy complicate the efforts of private firms to engage in long-term planning. The resulting uncertainty permeates all market transactions.

Second, the Krugman approach insists that major investment decisions in new technologies, roads, bridges and tunnels should be made collectively, not separately, even though each individual has far greater knowledge of his or her personal preferences, which can, if need be, implemented through professional advisors. There is no dangerous collective action problem from bottom-up decisions that needs to be countered by some supposed government expert. Even, perhaps especially, on macroeconomic affairs, policymakers should heed the Hayekian injunction that dispersed sources of private knowledge will outperform centralized diktats.

Third, many Keynesians belittle the importance of low taxation as a means to drive economic growth. In truth, all income, capital gains, and excise taxes take a chunk out of the gains from a voluntary exchange, which the government then gives to some third party. Taxation thus slows down the frequency and velocity of these transactions, resulting in an immediate reduction in output, which can be offset socially only if the taxes in question bolster the sensible infrastructure needed to support these transactions—not just more government pork. The initial round of corporate cuts have already produced the desired effect by spurring repatriation of cash held overseas by American corporations, stimulating foreign investment in search of greater profits, and resulting in wage and employment boosts as companies hire more personnel to fund their anticipated expansions. One can quibble about the size of these effects, but not about their overall direction.

Fourth, the Krugmans of the world overlook the importance of systematic deregulation in the overall scheme of things. Taxation and regulation should be understood as close substitutes for each other. Thus, regulations that stabilize business transactions, like those requiring certain transactions that are binding to be in writing and publicly recorded, will generally advance commerce. But other forms of regulation will block and distort private transactions without producing any offsetting gains. Changes in the regulatory climate are quickly reflected in overall stock market performance.

Many claim that Trump’s policies stem from his frustration with government intervention into his business affairs. But if that’s the case, so what? Private market actors care little about his personal motivation—what they care about is not having to brace themselves for another numbing round of regulation. Their planning horizons become longer and clearer, allowing them to shift resources from lobbying and compliance work into productive activities. These early stock market gains will be infectious, as others join the parade. Ironically, Keynes was right that “animal spirits”—his vivid term for collective social expectations—really matter. The recent climb in GDP, after years of the Obama administration treating slow growth as the new normal, suggests that regulatory policy, not technological limitations, were the greatest obstacle to growth during those lean years.

The contrast between the Obama and the Trump administration is illustrated by some key policy shifts with respect to key government agencies. Administrative discretion in the Obama years led to aggressive enforcement of statutes and regulations in banking, civil rights, education, environment, finance, labor, pharmaceuticals, and much more. None of these various sector initiatives can individually have the same global reach as a change in tax or monetary policy. But their cumulative effect does have a huge impact on the overall behavior of private firms.

The Trump administration’s regulatory cutbacks reinforce a global positive perception that no government inspector will come knocking on a firm’s door, demanding to examine documents and interrogate key employees. It takes no Congressional action for the Trump administration to ramp down executive enforcement of existing laws and regulations, just as it took no Congressional authorization to ratchet up enforcement under Obama. It is, therefore, welcome that Trump officials like Betsy DeVos have not only rescinded some of the worst Obama administration guidelines, such as those concerning Title IX sexual harassment cases, but also have insisted on using a fuller notice and comment system to draft new regulations. And better still—foolish efforts, such as Energy Secretary Rick Perry’s attempt to subsidize coal, have been killed off, in this instance by a Federal Energy Commission that knew better.

This overall approach pays large dividends. To take one example—on a topic on which I have worked as an industry consultant—compare the Obama administration’s willful obstruction of the approval of the Dakota Access Pipeline with the Trump administration’s approach. The permitting process lets government administrators either speed up or shut down a particular activity. In December 2016, the Army Corps of Engineers had approved the Dakota Access Pipeline, only for the Obama administration to flout the rule of law by overriding the Corps’ technical judgment for nakedly political reasons, ordering a full scale environmental impact statement that could easily have taken years to complete, knowing full well that the billions of dollars already invested in the nearly completed pipeline could quickly go to waste. To its great credit, the Trump administration reversed that decision early on by Executive Order, and allowed the standard approval process to run its course without political intervention.

A year later, the results are clear to see. The pipeline is up and running without a hitch. Its hefty direct revenues are only part of the overall picture. In addition, the pipeline’s operations have already generated huge environmental benefits by cutting dramatically the amount of oil shipped by rail and truck. Using dedicated facilities in controlled environments to ship crude oil is far safer than transporting it in these mixed-use modes of transportation. Secure and reliable shipment also induces drilling companies to increase their levels of production, knowing that their crude oil can go to market. The higher volume of activity increases the demand for both labor and equipment as new facilities open up in North Dakota. At the opposite end of the distribution system, cheaper and more reliable energy sources trigger increases in activities in industries too diffuse to catalogue. All the while, the higher profits and wages create additional tax revenues that, wisely used, can improve the physical and social infrastructure that support these activities.

In sum, the decision to open up an essential pipeline facility generates social gains that go far beyond the direct gains to the owners of the venture. Under the Obama administration, the same process worked in reverse. The decision to block pipeline approval necessarily produced economic stagnation while increasing the level of environmental risk by blocking new and safer technology.

Given all of this, today’s positive growth cycle should be sustainable to the extent that it rests on productivity gains. The so-called Keynesian multiplier was thought to be a justification for ramping up public expenditures, many of which were inefficient. But that multiplier effect works far better in the private sector, where there is more assurance that any initial venture will spur new ventures that will in turn generate more positive returns. The past year has resulted in a fundamental transformation in business expectations. But we should remember that it is only those policies that brought about prosperity that can maintain it.