Progress in the Middle East requires prudent use of the American military. 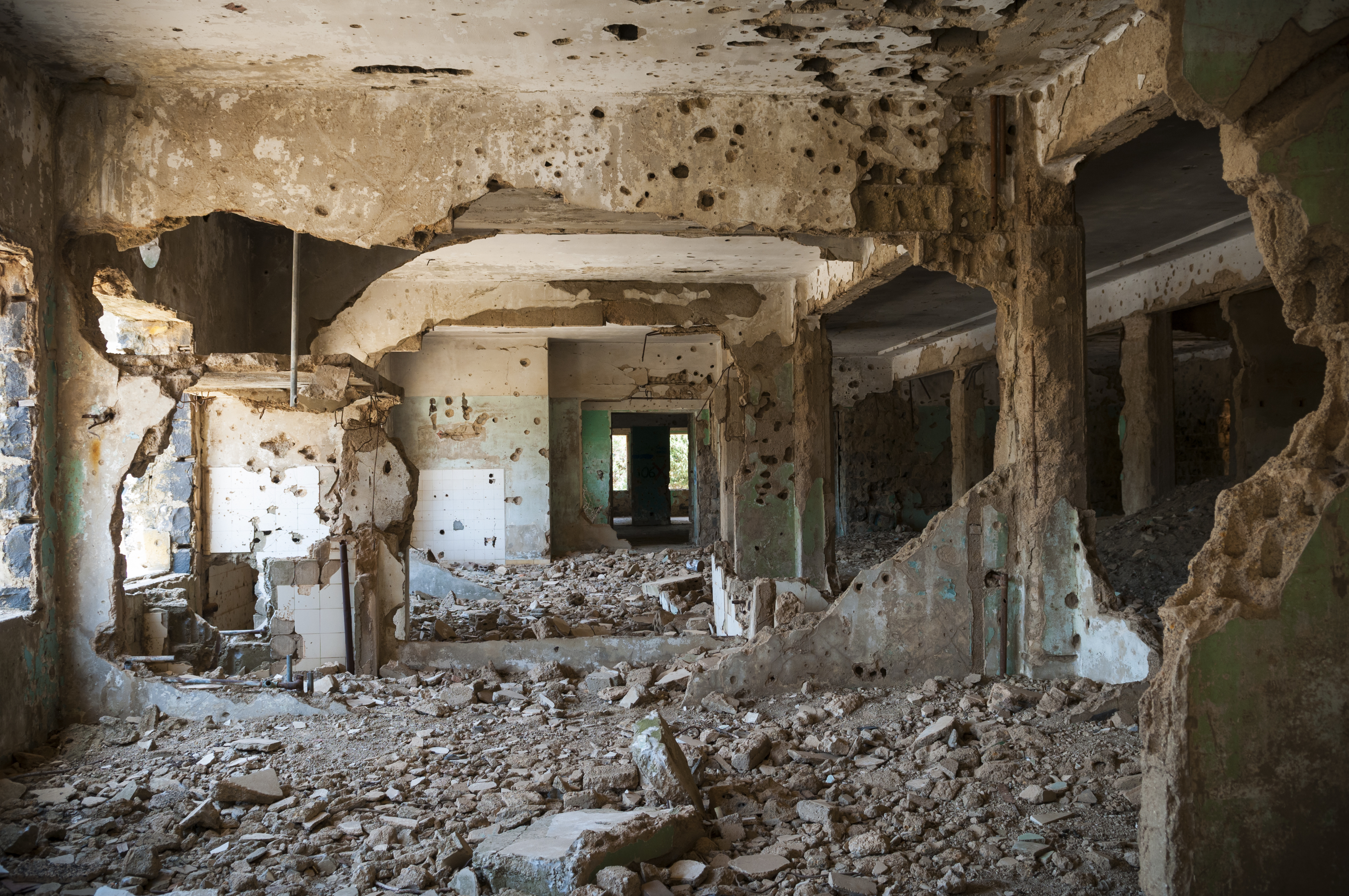 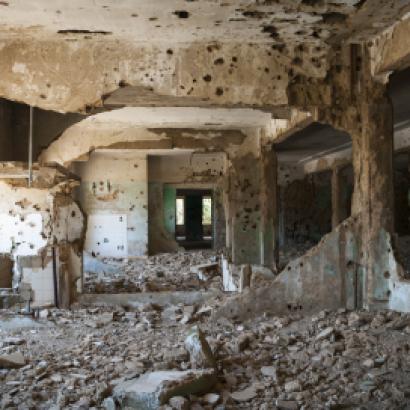 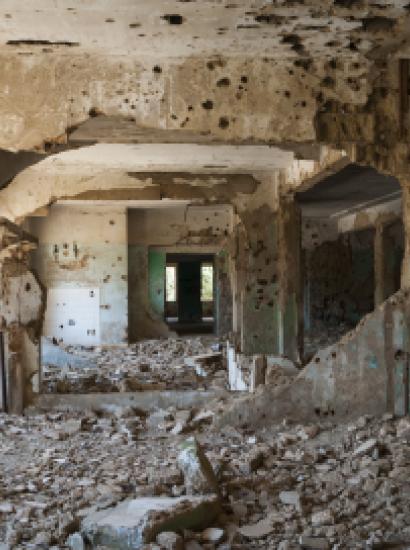 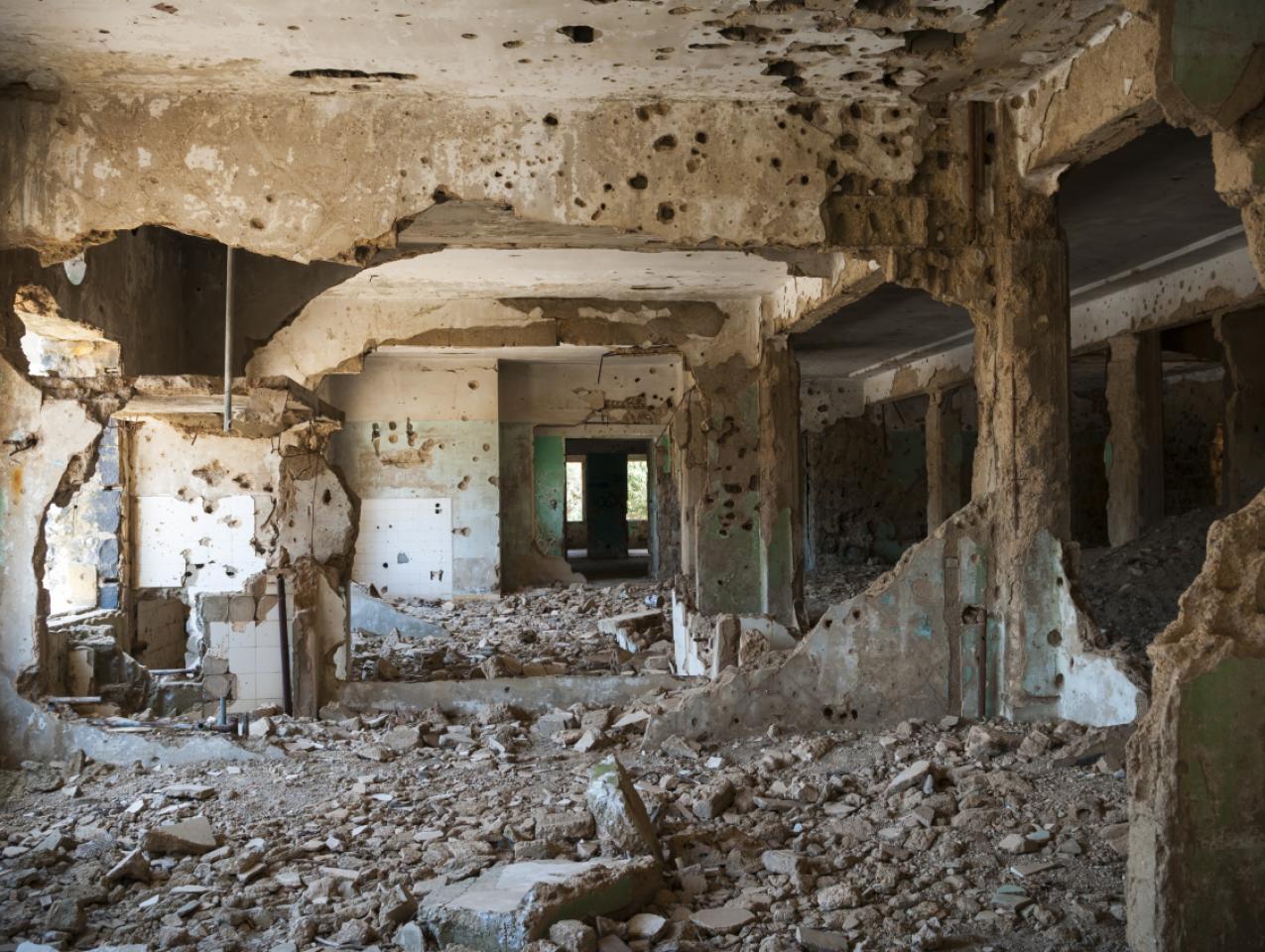 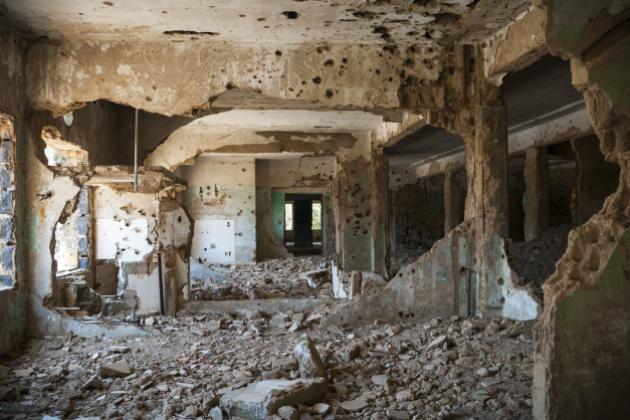 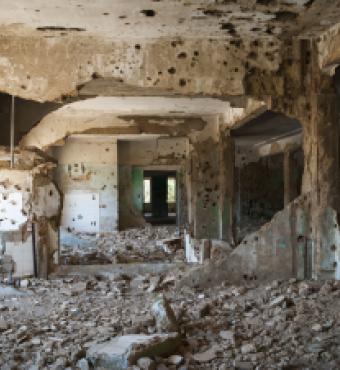 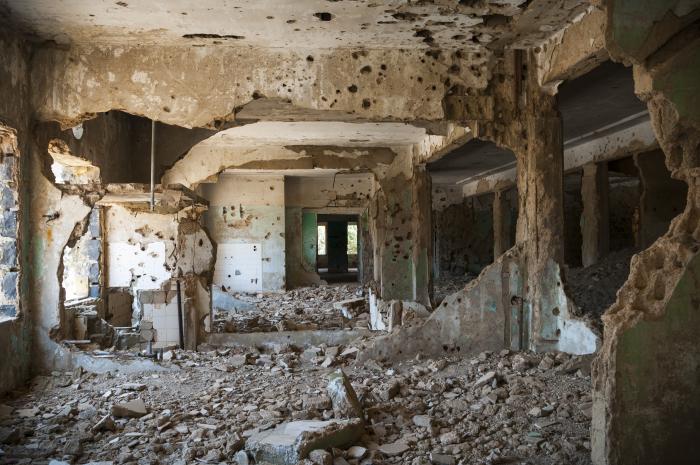 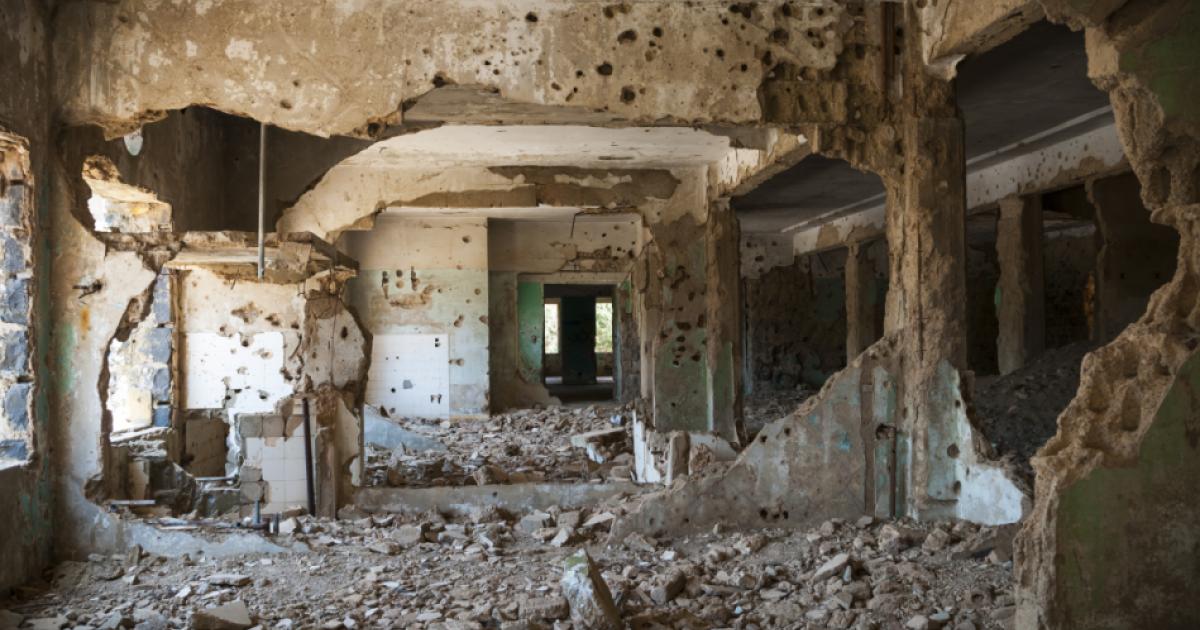 The Syrian government launched a chemical weapons attack against the town of Khan Sheikhoun earlier this month, killing more than 80 people, many of them children, and leaving hundreds more injured and in distress. Most people expected the United States to sit idly by, but that expectation was upended with President Donald Trump’s decision to launch 59 Tomahawk missiles into Syria. The attack caused some Syrian casualties, took out Syrian installations and aircraft, and provoked a stern response—and a disinformation campaign—by Russia and Syria. Little more than a week later, the United States dropped its most powerful non-nuclear bomb, the Massive Ordinance Air Blast weapon—or MOAB, also known as the “Mother of all Bombs”—in Afghanistan, reportedly killing at least 94 ISIS fighters hidden in caves and tunnels.

These two decisions mark a major, and positive, change in foreign policy for the United States. In 2013, President Barack Obama judged it best for the United States not to cross a “red line” by responding militarily in Syria after President Bashar al-Assad used chemical weapons in an attack that killed nearly 1,500 civilians. To this day, that decision has remained controversial. It is easy to see the downsides. Any decision to use force outside the context of self-defense is filled with risk. The mission could abort, or worse, it could lead to the death of innocent civilians or our military allies, as recently happened in Syria. It could also provoke outraged responses from around the globe, or induce the United States to expand its operations foolishly, thereby sapping its ability to deploy force elsewhere where it is most needed.

These arguments have induced many commentators across the political spectrum to doubt the wisdom of the Trump decision. Let’s be clear: Many of the critics are objecting to the fact that the decision was made by President Trump, whose multiple flip-flops and exaggerations have rightly exposed him to ridicule for pretending that major problems can be easily resolved with a wave of the hand. But give the President credit for his ability to take advice from a team of experts, most notably Secretary of Defense Jim Mattis and National Security Advisor H. R. McMaster. McMaster has already called for the elimination of the “murderous regime” in Syria.

You know that the Trump team must be doing something right when his Syria policy receives support from Democrats like Nancy Pelosi and Charles Schumer, and is criticized by Republicans and Democrats across the political spectrum. Trump’s response was excessive, in the view of Chicago Tribune columnist Steve Chapman, because there should have been no military response at all, given the possibility that an attack could lead to some wider war. Better to send foreign aid than missiles. On the other side, military analyst Max Boot was likewise critical of the attack—but for a different reason: the attack, he argued, was too insubstantial to make a dent in Syria’s military capacity. In support of these skeptical views, it is easy to identify prior failed U.S. interventions, such as those in Libya and Somalia.

Unfortunately, matters are not so pat. The great difficulty with these arguments is their premise that the risks of intervention are always greater than the risks of staying out—unless, perhaps, there is a direct or imminent attack on the United States or some of its key allies. At a theoretical level, that position has to be wrong, because it gives an uncontested sphere of action to all our enemies to do exactly what they want, whenever they want to, so long as they steer clear of the few core U.S. commitments. To be sure, it may well have been wise to stay out of Libya, given that America had no coherent long-term objective. But the calculus is very different with respect to both Iraq and Syria, where the greater danger lies with the use of too little, not too much, force.

On Iraq, it was a tough call on whether to get involved at all in 2003. But it was the incompetent decision of the Bush administration in 2003 to disarm and systematically marginalize the Baathists after the conflict was over that led to massive instability in Iraq. Eventually, General David Petraeus restored some degree of order and safety in Iraq—and the great tragedy was that the hard-earned gains of the Petraeus operation were dissipated by the Obama policy to pull out of Iraq, which ultimately led to the massive territorial gains of ISIS; the death, torture, and displacement of millions of individuals; and the forced exodus and systematic slaughter of Christians across the Middle East. The bloody effort to recapture Mosul without the use of American ground troops does not count as a vindication of the long-term American strategy, and will, if successful, require a complex occupation plan to secure the long-term peace. The central lesson of the Iraqi debacle is that the gains of an earlier military intervention will not necessarily be preserved. The alternative to the Pax Americana is massive political instability and human suffering.

A similar tale of woe can be told about Syria. In 2013, President Obama abstained from military strikes after the Russians took custody of (but did not destroy) the Syrian chemical weapons in exchange for a U.S. promise not to intervene at a time when there was no Soviet presence on the ground in Syria. Obama made that deal in part because he could not summon Congressional support for his action, and in part perhaps because he was warned that military force would jeopardize the Iran nuclear deal which he coveted.

The human suffering, mass killings, and forced migrations continued to ravage Syria, killing hundreds of thousands and making refugees out of half of Syria’s 22 million people. The decision left room for the Russians to enter Syria in October 2015. Yet somehow, the Russians were ruthless enough to avoid the quagmire that Obama warned awaited them. The Russians may yet prove to be overextended, given their own small resource base. But the ability to mount any kind of attack on Assad’s forces is surely complicated by their presence in the area. An earlier forcible American intervention might have toppled the Assad regime before it was propped up by Russia and Iran. Nearly any other outcome would have been vastly superior to the mass slaughter that actually happened.

It is against this backdrop that one has to evaluate the consequences of the last two U.S. maneuvers, which are best understood as opening chapters in a new and long overdue phase of American foreign policy. Even though the military significance of these actions is minor, the signal that they send is not. The U.S. will in the future be prepared to use force in other areas, which means that our enemies will now have to think twice about the way they act. Uncertainty on their part should slow them down, given that the costs that they face appear higher than they did only a week or month ago.

In addition, this more aggressive American posture may strengthen the resolve of our allies to cooperate with us across the globe. President Trump thankfully reversed his misguided isolationist policy by announcing at a press conference with NATO Secretary General Jens Stoltenberg that NATO is no longer “obsolete,” but is a “bulwark of international peace and security.” It may well be that his actions in Syria and Afghanistan could lead other NATO nations to increase their level of military expenditures to the point where they meet the official NATO target of military expenditures equaling two percent of gross domestic product—which most NATO members fail to do.

It is also possible that the U.S. will take a more aggressive stance against North Korea, perhaps by enlisting the aid of the Chinese, facilitated by Trump’s belated decision to drop the charge that China is a currency manipulator. Perhaps Trump has finally learned that you cannot get cooperation on security issues from nations whose trade policies you bash. None of this makes it clear how the looming confrontation with North Korea will or should play out. It is impossible for any outsider to know about either the intentions or capabilities of North Korea, or indeed of the proper deployment of our own forces.

There should be no doubt, however, that taking a strong stand against a determined enemy will always raise the stakes of foreign policy—such as when John F. Kennedy faced down the Russians in the 1962 Cuban missile crisis, which was precipitated, in large part, by the weakness America displayed at the Bay of Pigs in 1961. A systematically passive military strategy points in only one direction: down. Today, the policy is shifting in a more favorable manner. Obama summarily fired General Mattis as head of Central Command in January 2013. He is now Trump’s Secretary of Defense—I count that as progress.