How should poor people climb the ladder to economic success? 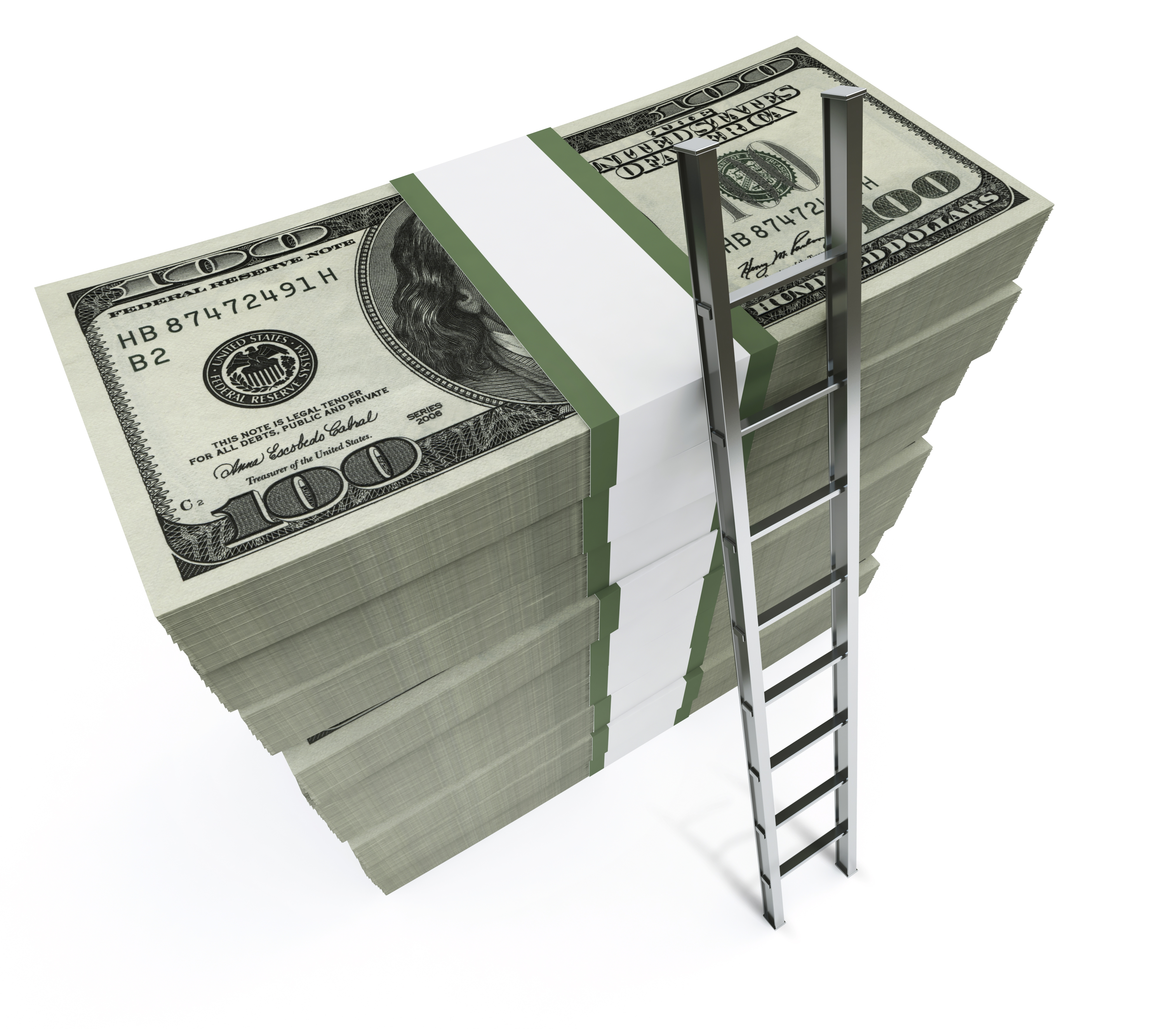 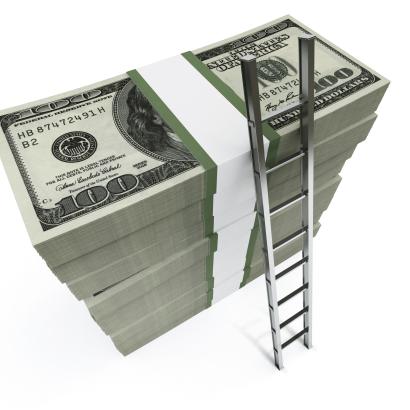 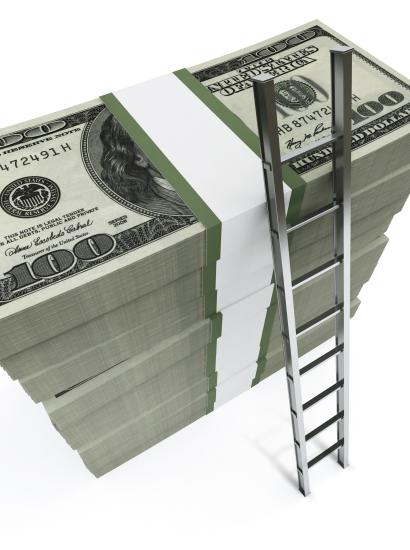 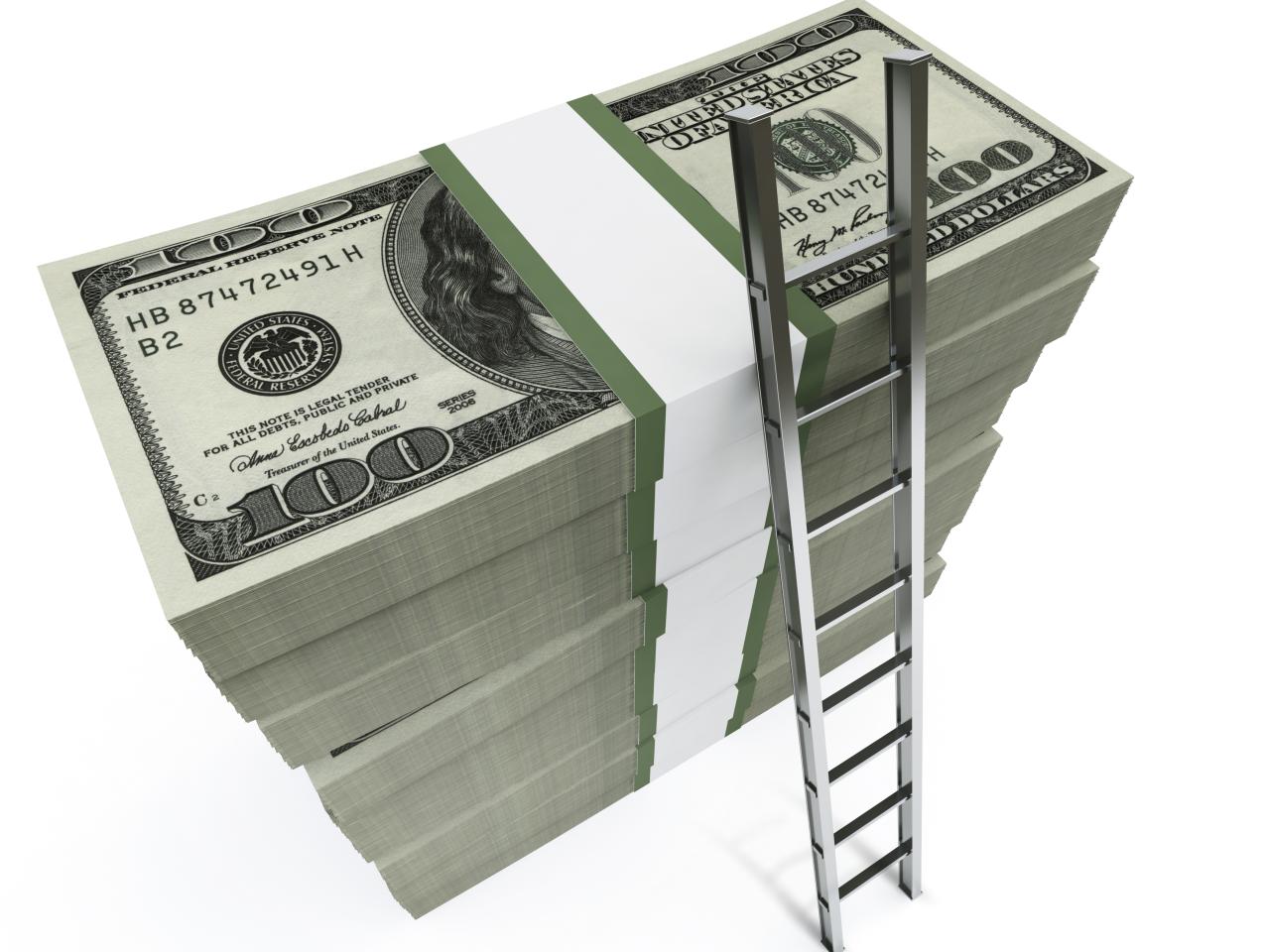 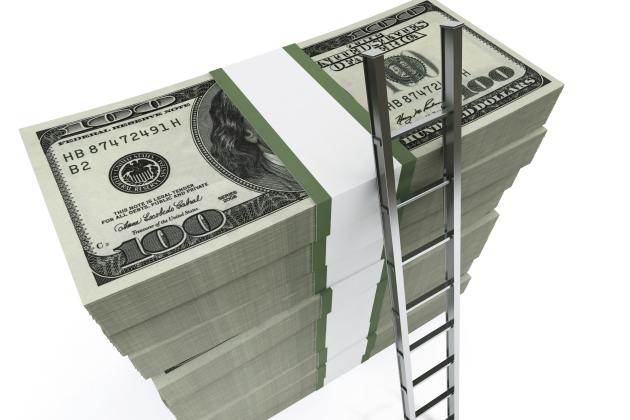 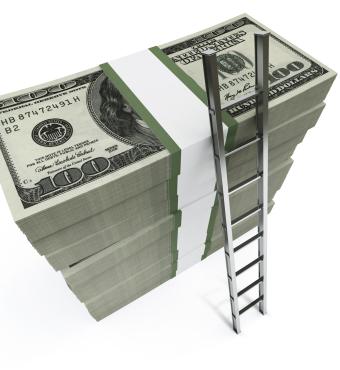 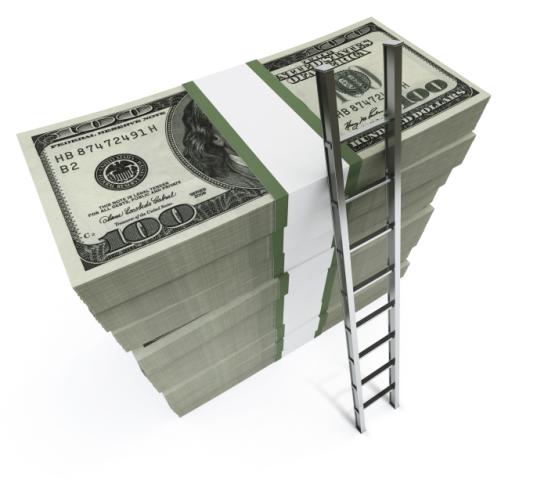 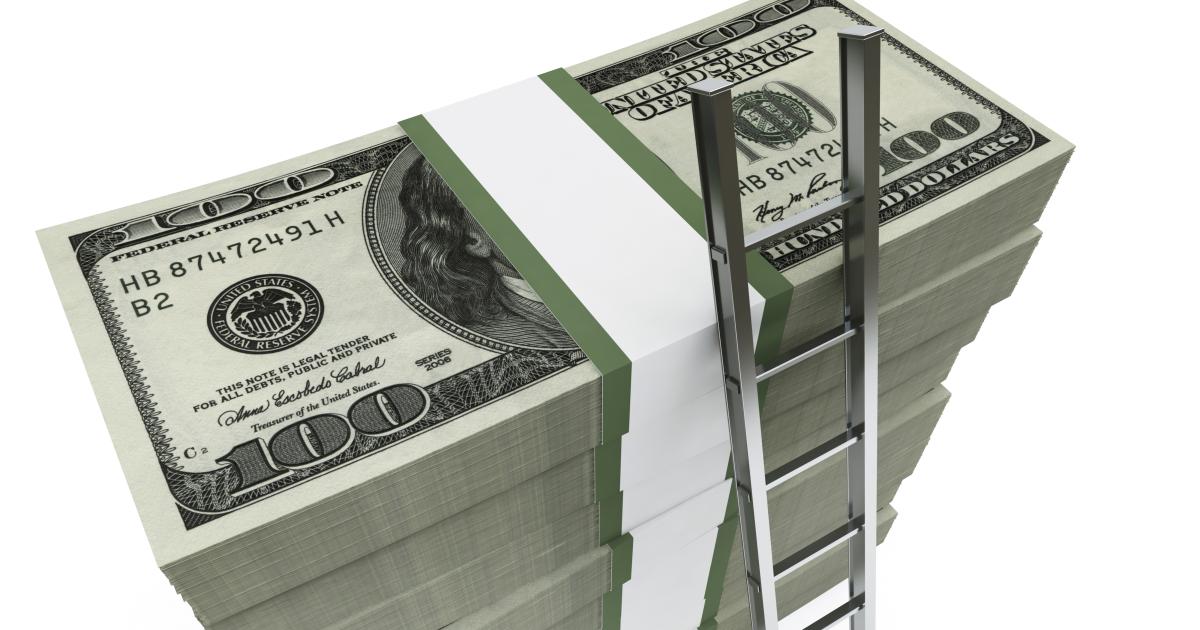 Andrew Yang, one of the many politicians contending for the 2020 Democratic nomination for President, advocates a universal basic income (UBI).  Under his proposal, which he calls the “Freedom Dividend,” the U.S. government would pay $1,000 a month to every American adult. There are two major problems with a UBI. First, it would dramatically expand the size of the federal government and, thus, require more than a 70 percent increase in federal taxes. Second, it would dramatically reduce the incentive to work, not for people already on welfare but for millions and possibly tens of millions of people not currently on welfare.

Even some free-market economists, such as Duke University’s Michael Munger, argue for a UBI that would replace the current welfare state. But assuming unrealistically that the existing means-tested welfare state programs could be completely replaced, a UBI of $12,000 a year or even of $10,000 a year would require large increases in federal government spending and large increases in taxes.

Consider the Yang proposal first. There are approximately 330 million people in the United States, of whom 13.4 percent are foreign-born. Yang proposes to give this subsidy to Americans, not to American residents. So, let’s bias the estimate of cost in Yang’s favor by assuming, contrary to reality, that none of these foreign-born people have become citizens. That leaves 286 million people. Let’s bias it further in his favor by assuming that an adult is someone who is 21 years of age or older. Approximately 74 percent of the U.S. population is 21 or older. That makes 212 million people. The overall annual expenditure would be 212 million times $12,000, which is $2.544 trillion.

Put that number in perspective. U.S. government spending in fiscal year 2019 will be about $4.529 trillion. Therefore Yang’s UBI would raise federal spending by 56 percent. U.S. federal government revenues for fiscal year 2019 will be about $3.438 trillion. To fund the UBI and not increase the federal budget deficit even further, the federal government would have to increase taxes by 74 percent. If Yang got his way, he would fund the UBI with a new consumption tax. Since consumption spending is approximately $13 trillion annually, the tax rate required, if all consumption items were taxed, would be 19.6 percent. Basic economic reasoning says that that’s an underestimate for two reasons. First, people would cut back on consumption somewhat in response to so stiff a tax, so to collect the needed revenues, the government would have to set the tax rate on consumption even higher than 19.6 percent. Second, because the tax would discourage production, as all taxes do, that would reduce the revenue generated by other taxes such as the federal income tax, the Social Security and Medicare taxes, and the corporate income tax. So, the feds would need to raise all those tax rates somewhat.

And remember that this would leave our huge federal budget deficit at its current $1.092 trillion.

That might be the end of the discussion if not for the fact that support for a UBI comes from an unexpected part of the political spectrum—the libertarian segment. Only a minority of libertarians believe in a UBI but that minority, by some estimates, is much larger than I would have expected. At the end of a 2017 debate on the UBI between George Mason University economist (and, I disclose, my co-blogger) Bryan Caplan and the Niskanen Center’s Will Wilkinson, a hefty 29 percent of the hundreds of young libertarians in the audience still believed that the UBI is a good idea. That was down from 35 percent at the beginning.

The two most prominent libertarian supporters of a UBI are Matt Zwolinski, a libertarian philosophy professor at the University of San Diego, and the aforementioned economist Michael Munger.

Libertarians would cut the cost of the UBI substantially by eliminating a large number of means-tested welfare state programs. The big four are Temporary Assistance to Needy Families (TANF), food stamps, Medicaid, and housing subsidies.

Zwolinski argues against the current welfare system by pointing, correctly, to the enormous implicit marginal tax rates paid by people who decide to get a job. Under our current system, making a certain amount of money can cause a welfare recipient to lose more in government aid than she makes on the job. (I say “she” because the vast majority of adults receiving welfare benefits are women.) That aspect of the system causes many people on welfare not to work.

In a 2013 article, Zwolinski cited Cato Institute economist Michael Tanner’s calculation that federal, state, and local expenditures on 126 anti-poverty programs in 2012 totaled $952 billion. Zwolinski calculated that the average expenditure per poor person was a whopping $20,610. He then asked, “Wouldn’t it be better just to write the poor a check?”

Maybe, but that’s not what’s at issue. Zwolinski cited these figures to make a case not just for writing the poor a check, but for writing everyone a check. And that’s a much more expensive proposition. Using Zwolinski’s numbers and updating to 2015, I showed that even if all means-tested welfare programs were eliminated, funding a $10,000 UBI to every American adult would take another $1.068 trillion in federal spending. In 2015, when I wrote, this would have required raising tax revenue by 45.7 percent. And to raise tax revenue by 45.7 percent would have required raising tax rates by more than 45.7 percent. Why? Because large increases in tax rates would substantially discourage work and production in general.

There is one way to avoid raising tax rates on everyone. That would be to adopt a proposal made by Charles Murray when he suggested a $10,000 UBI in 2006. The federal government could guarantee all American adults $10,000 and then phase out the $10,000 as their income increases beyond a threshold. So, for example, anyone with other income of $15,000 gets to keep the whole $10,000 for a total of $25,000. But as their other income increases beyond $15,000, they lose some percent of this $10K. Say that percent is 25 percent, a number I have heard tossed around in informal discussions with libertarians who propose a UBI. That means that someone would have to make an extra $40,000 beyond the $15,000 before he loses all of his federal subsidy.

Consider the implications for work effort for the whole society. Everyone making between $15,000 and $55,000 ($40,000 + $15,000) in non-UBI income would receive some of the subsidy. But the median individual income of Americans is about $40,000. So, a majority of Americans would receive some subsidy. That means that the majority of Americans would face an implicit marginal tax rate from their loss of the subsidy of 25 percent. That might not sound bad at first, but remember that this is on top of their other marginal tax rates, including the federal income tax, the Social Security (FICA) and Medicare (HI) payroll taxes, and their state income taxes. So, a majority of Americans would give up about 50 cents of any additional dollar they make. Even this version of the UBI, therefore, would dramatically reduce the incentive to work for tens of millions of Americans.

A UBI, moreover, would create more of a welfare culture than we have now. Imagine four young men meeting in college and figuring out that when they reach age 21, they can each get $10,000 a year from the federal government forever. There are a lot of places they could go in America and rent a three- or four-bedroom house for $1,500 a month ($18,000 a year), leaving $22,000 a year to spend on food, cable, and various amenities. Would they want to stay out of the labor force forever? Probably most of them would not, but the UBI could easily postpone their becoming responsible adults for five years or more.

Note the irony in the fact that some libertarians defend a UBI. They propose a large expansion of government that the majority of Americans think is too expensive and too unfair. We can argue about whether to tax people to help those who are poor through no fault of their own. I have in mind children in poor families and disabled people, to name two groups that most Americans would probably favor subsidizing with taxpayer funds. But how can we justify handing $10,000 or $12,000 a year to people who are completely able bodied? Bryan Caplan, in the 2017 debate on a UBI, pointed out that his father, who is not at all libertarian, would have a real problem with a program that transferred funds to such people forever. He then chided his audience of libertarians that they should be at least as libertarian as his non-libertarian father.

A UBI is a very bad idea. What, then, should we do about the bad incentives under the current system?

Don’t forget that a good reform, welfare reform, was done in the 1990s.  There were two key elements of the welfare reform that Republicans in Congress pushed, and President Clinton signed, in 1996. First, one cannot receive welfare funded by the federal government for more than two years in a row unless one works. Second, there is a five-year lifetime limit on receiving welfare. Thus the word “Temporary” in the name of the program: Temporary Assistance for Needy Families. Those two provisions offset the disincentives caused by the pre-reform welfare state. It’s still true that while you are on welfare, you can literally make yourself worse off financially by getting a job that pays a fairly low wage. But if you are about to bump up against the two year in a row limit, or if you want to “bank” a few years of the five for when life gets tougher, you might well take that job. And that’s good, not bad.

But there are more measures governments can take to help the poor and they involve less government, not more. One, which I wrote about earlier, is to eliminate virtually all of the licensing requirements that now make it costly for people to practice in hundreds of occupations. That would truly help potentially millions of poor and near-poor people climb the ladder to economic success.