The Unpredictability Of Deregulation: The Case Of Airlines

Some unlikely policy lessons from Jimmy Carter and Teddy Kennedy. 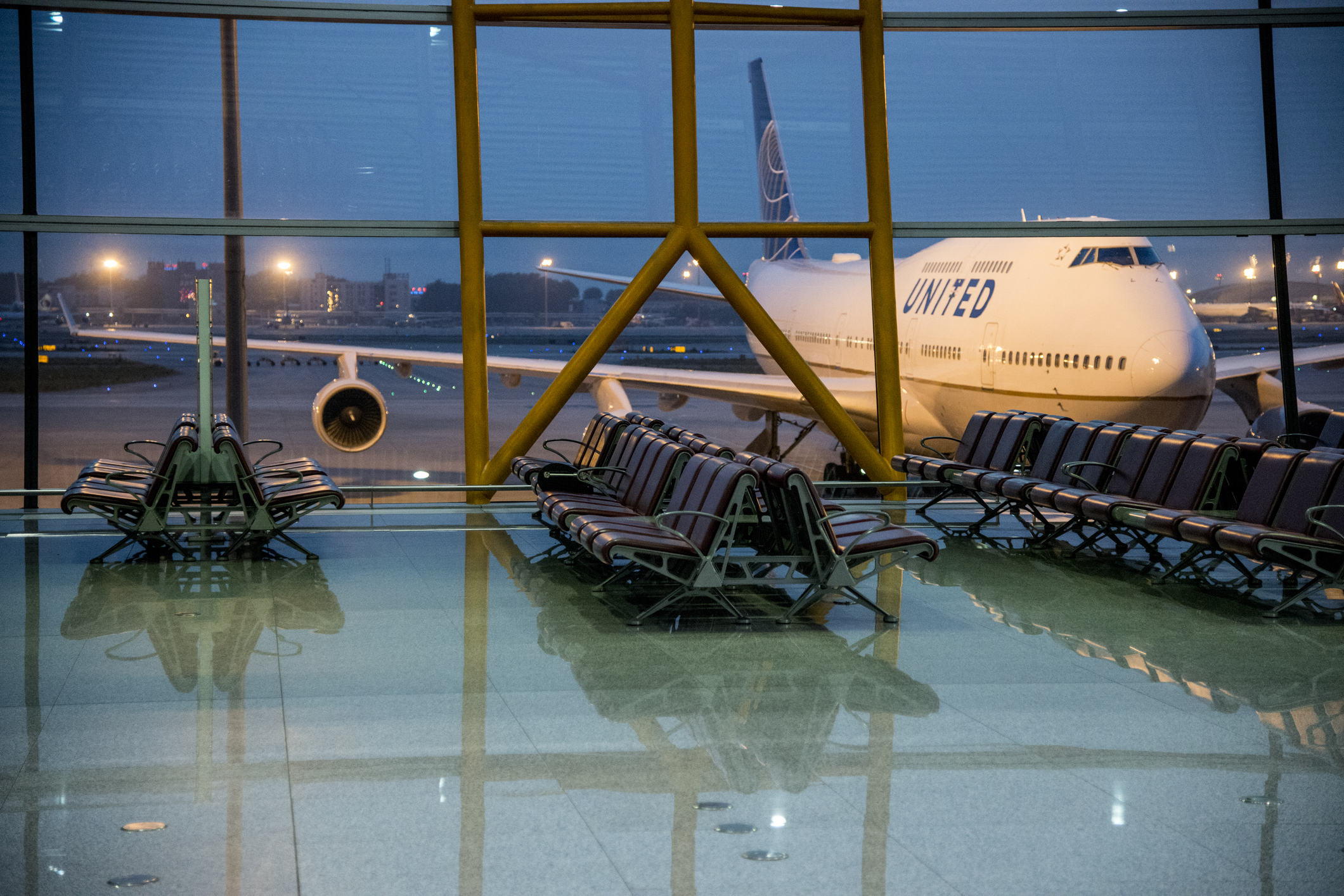 The Unpredictability Of Deregulation: The Case Of Airlines 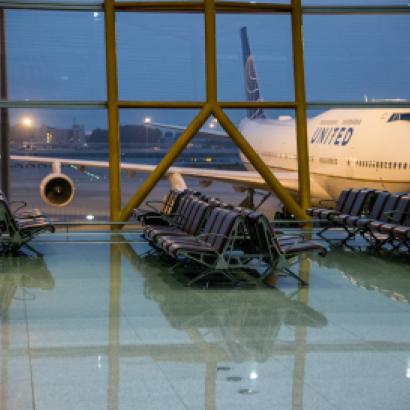 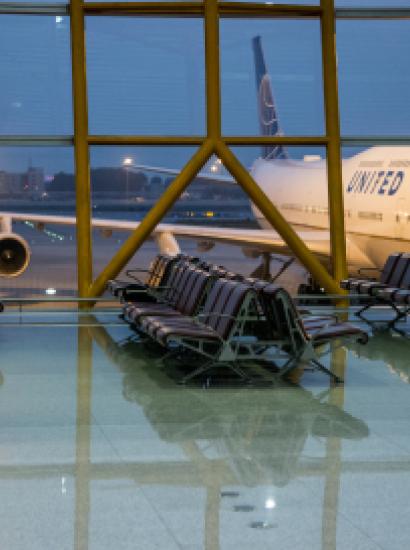 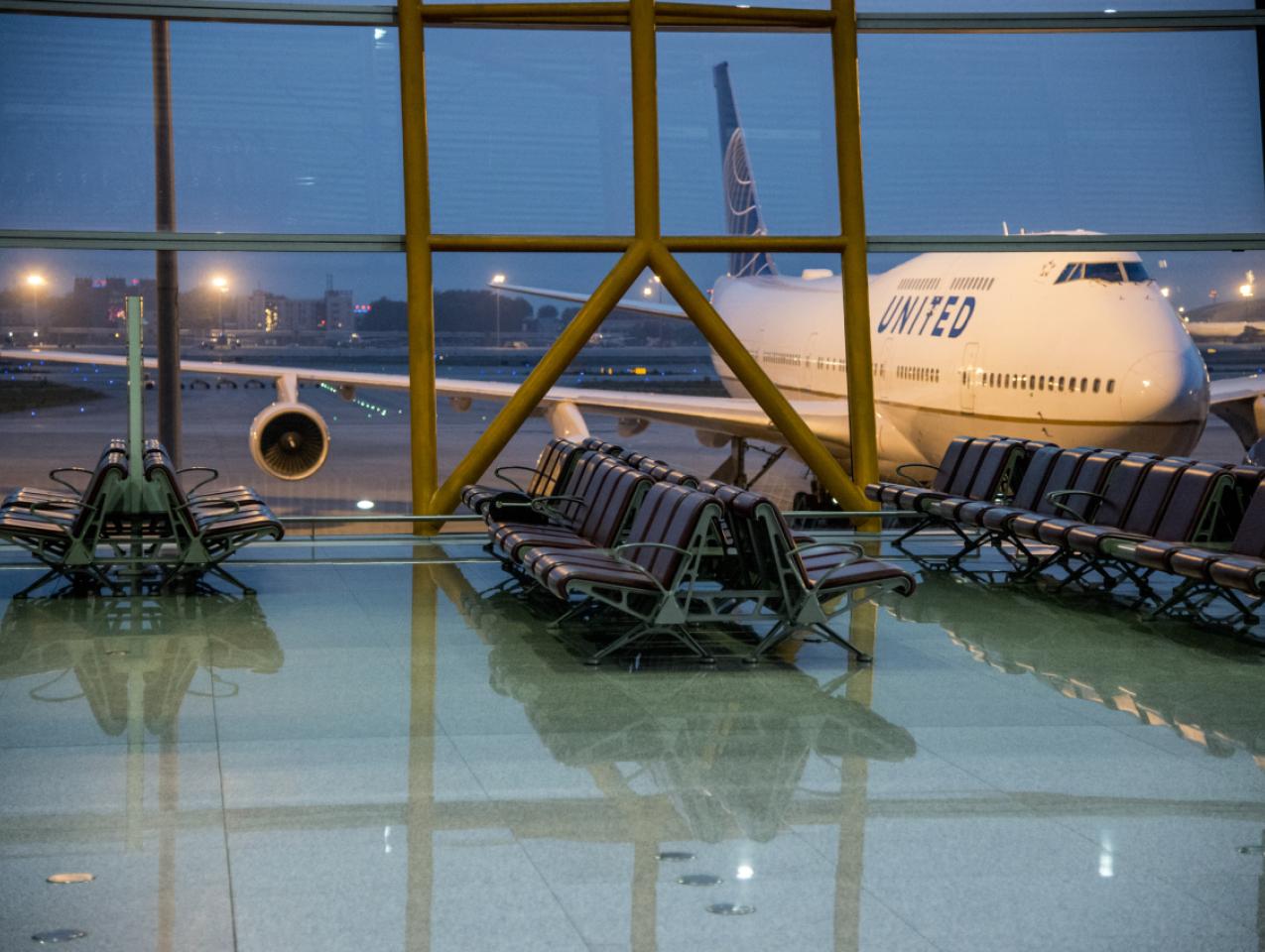 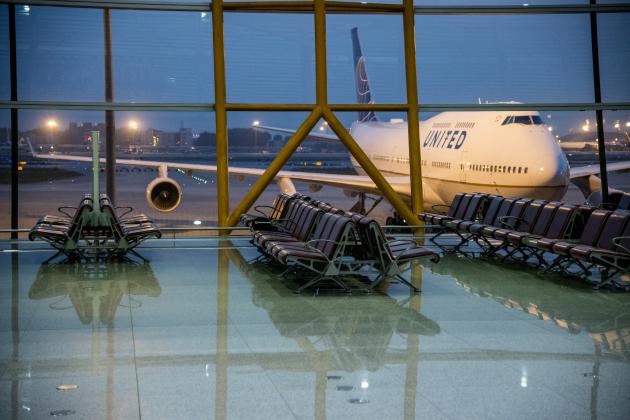 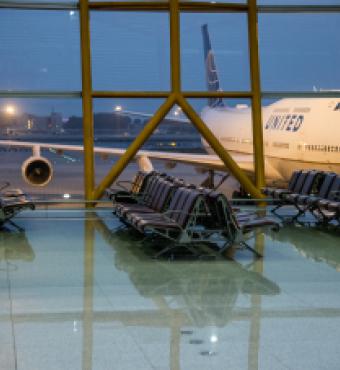 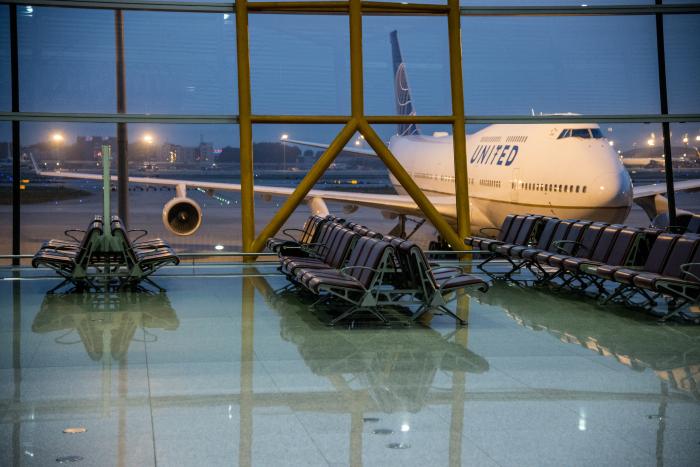 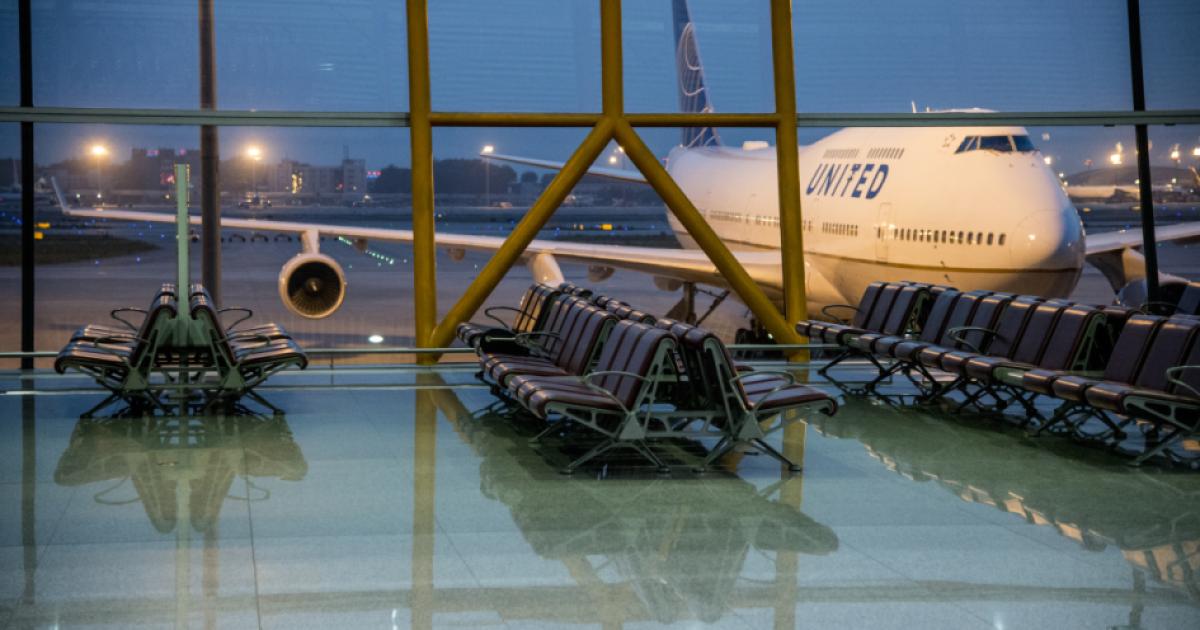 The fact is I didn’t have very many views [on airline regulatory policy]. I had talked to the Ford administration about some other posts in government. Then I said to myself, “You are in a time when government isn’t going to have any money; no agency is going to have any money. You aren’t going to be able to do much from the standpoint of new domestic programs. . . . But you know you have the airline deregulation issue on the table because it has already surfaced.” . . . In terms of personal reward you don’t get a chance to change things very significantly very often in your life. --John Robson, Chairman of the Civil Aeronautics Board, 1975-1977.

“When Democrats Loved Deregulation” is the title of a recent article by Matt Welch and Alexis Garcia on the Reason Foundation’s Hit & Run blog. Welch and Garcia recount how President Jimmy Carter and Senator Ted Kennedy were leaders in the drive to deregulate major sectors of the economy, including airlines, trucking, and railroads. Welch and Garcia bemoan the fact that no current major Democratic politician supports measures to deregulate the economy. And this is at a time when, aside from those three sectors and a few others, the U.S. economy is, in many respects, more regulated than it was in the 1970s.

A closer look, though, at the deregulatory movement of the 1970s offers some grounds for optimism. Neither Carter nor Kennedy was particularly ideologically opposed to regulation. Rather, the deregulation was due to a confluence of circumstances, not all of which could be predicted, but which one can imagine being imitated. The circumstances behind airline deregulation, which I’ll focus on here, were: (1) ideas on the shelf; (2) dissent within the regulatory bureaucracy; (3) a budding consumer movement; (4) in Kennedy’s case, the hiring of a political entrepreneur, Stephen Breyer; and (5) a fracture within the organized defenders of regulation. Few of these factors, other than the first, could have been easily predicted and, by and large, were not predicted.

Ideas on the Shelf

A key ingredient in political reform is reform proposals that are thought out in advance. When those ideas are first spelled out and backed by credible research, they don’t typically have much effect. But, they are there, ready to be drawn on when circumstances are ripe. Without those ideas, well-articulated and -backed, the prospects for reform are weaker.

Martha Derthick and Paul J. Quirk, in The Politics of Deregulation, the definitive book on the 1970s deregulation movement, make the point well:

When events occur that call for a political response—an urgent public problem such as severe inflation, or a tide of public opinion—officeholders tend to cast about quickly for suitable responses and to make a choice from the current stock of political wisdom. They look to the latest and best thinking because events occur too fast and ideas mature too slowly for responses to be devised anew for each pressing situation.

The case of airline deregulation is Exhibit A. As early as 1949, economist Lucile Keyes had argued in the Journal of Air Law and Commerce that government restrictions on entry of airlines into the commercial air passenger business was a mistake. Then, in 1962, Harvard economist Richard E. Caves published Air Transport and Its Regulators: An Industry Study, in which he showed that there was no “natural monopoly” case for regulating entry into the airline industry or for regulating fares. On this basis, he called for “relatively free competition.”

The major breakthrough came in 1965, when law professor Michael Levine published an article in the Yale Law Journal showing that airfares within California, which were not subject to regulation by the Civil Aeronautics Board (CAB), were approximately half the fares charged on similar-length routes that crossed state borders. From then on, those who argued for deregulation drew on his comparison and on a similar finding in 1970 by William A. Jordan of Canada’s York University.

Also helpful was a 1974 finding by economists George Douglas and James C. Miller III that airlines were not big gainers from regulation. One might expect that, with the CAB enforcing a legal cartel that made it difficult to cut fares, the airlines would have made above-normal profits. But that expectation ignores a pillar of economic wisdom: Competition is a hardy weed, not a delicate flower. If airlines are constrained on cutting prices, they will compete on other dimensions. One such dimension is frequency: they will fly more planes in a day with fewer seats occupied. A jingle from Delta’s ads in the early 1970s sums it up: “Delta is ready when you are.” Douglas and Miller found that airlines competed away the profits by providing higher frequency.

Dissent Within the Bureaucracy

One of the most fascinating parts of the story of deregulation, which Derthick and Quirk tell very well, is the role of regulators within the CAB who were becoming uncomfortable with their role. One was lawyer J. Michael Roach, who, from 1967 to 1974, worked for the CAB and came to oppose regulation in what he described as a “Paul-on-the-road-to Damascus” experience. What turned him was his assignment to write the basis for the CAB’s decision to give a route to a particular airline. He was given no instructions other than the name of the airline. Roach made up reasons for the board’s decision, and the board changed not a single word. This was corrupt, not in the narrow sense of someone being bought off, but in the wider sense that the reasons were made up: there was no good reason other than sharing the gains and giving this particular airline its turn. That made no sense to Roach. He left the CAB in 1974 but came back in 1977 to work with President Carter’s new choice for chairman of the CAB, Cornell University professor Alfred Kahn.

While we now think of Kahn as someone who arrived at the CAB ready to deregulate, that was not the case. Kahn was an open-minded economist who read the economics literature, saw the CAB up close, and decided that moving in the direction of deregulation was a good idea.

Another deregulator within the CAB was Roy Pulsifer, assistant director of the CAB’s Bureau of Operating Rights. He read the economics literature and found himself convinced. In 1975, the CAB asked him to do a “self-study.” He chose three CAB staff members plus the aforementioned economist Lucile Keyes, and, in July 1975, the group recommended changing the law to eliminate restrictions on entry, exit, and fares over a period of three to five years. Note that this was under the above-quoted CAB chairman John Robson during the Ford administration.

Starting in the 1960s and extending through the 1970s, there was a strong consumer movement in the United States. Ralph Nader was certainly the most well-known “consumerist,” and he and his “Nader’s Raiders” analyzed (often superficially) the actions and effects of various regulatory bodies. Nader advocated abolishing the CAB, although his efforts to abolish such agencies were less energetic than his efforts to enact consumer protection laws. Still, he was not just an instigator of the consumer movement. His rising star was in part a result of that movement.

The Hiring of Stephen Breyer

It’s quite conceivable that airline deregulation by the U.S. Congress would not have taken place if Senator Edward Kennedy had not hired Harvard law professor Stephen G. Breyer. (He is now a U.S. Supreme Court Justice.) In 1974, when Kennedy learned that he would chair the relatively unimportant Subcommittee on Administrative Practice and Procedure of the Senate Judiciary Committee, he needed someone to direct the subcommittee’s staff. Breyer, a professor of administrative and antitrust law, seemed like a natural for the job.

Breyer accepted and, presumably aware that Kennedy was making plans for a run at the Presidency, gave Kennedy a choice between two issues to pursue: (1) airline regulation and competition; and (2) procedural changes suggested by the Watergate scandal. Kennedy chose option (1), and I often wonder whether Kennedy did so in part because he was worried about possible scandals in his own background. We may never know.

Breyer, aware of the economics literature, set up seven days of hearings to which he invited consumer advocates, CAB officials, and airline executives. As Robert E. Litan writes in Trillion Dollar Economists, the only witnesses who favored the status quo “were those who benefited from it, the industry and its regulatory agency.” According to Litan, that fact, plus the economists’ findings, convinced Kennedy that something needed to change.

Interestingly, legislation to change airline regulation was not in Kennedy’s subcommittee’s bailiwick. But Howard W. Cannon, chairman of the Subcommitee on Aviation of the Senate Commerce Committee, presumably not wanting to be upstaged, held his own hearings. Although Cannon started off neutral, bit by bit he became a deregulator. When Jimmy Carter became president in 1977, the stage was set.

Even with the first four factors converging, deregulation was not a done deal, for an obvious reason: the concentrated gainers from regulation—the airlines and the airline unions—were dead set against deregulation. Even though airlines were not making impressive profits from regulation, they had learned to live within a regulated environment, and the unknown was probably scary. Unions of airline workers, we now know, were capturing many of the monopoly rents and opposed relaxing the regulations. In a fight between concentrated interest groups whose members gain a lot per person and dispersed interests whose total losses exceed the gains to the concentrated groups but whose per-person losses are small, the concentrated groups usually win.

Why the difference in this case? Two factors seem important. One was that in 1975, United Airlines, the largest airline at the time, endorsed deregulation. United complained that it was getting a raw deal, having been granted almost no new route authority for the previous eight years. The second was that the Air Line Pilots Association, which had much to lose from deregulation, had no full-time lobbyists on its staff. Gary McDonnell, an economist at Northern Michigan University, speculated in a 2015 article that “perhaps the unions felt that the industry would lobby on their behalf.”

The Moral of the Story

Occasionally, a confluence of events makes deregulation possible. One tempting target is occupational licensure—government restrictions on practicing various occupations. According to economists Morris Kleiner and Alan Krueger, about 35 percent of employees are licensed or certified by government. The results are not just more difficulty for people to get into those occupations, but also higher prices for consumers, whether they are getting a haircut, a manicure, or a coffin, to take just three examples. Could there be a consumer push for deregulation? Possibly. The evidence about the negative effects exists, and even former President Obama’s Council of Economic Advisers issued a study critical of licensure.

If someone in Congress wants to push it, that issue is ripe for the taking. Whoever does so would do well to hold hearings, as Senator Kennedy did, that make more Americans aware of the harm done by regulation. This seems obvious, but it would come as news to Republicans in Congress. Health economist John Goodman points out that in their attempts to overturn Obamacare in the last two years, Republicans held exactly zero hearings. They gave up an obvious opportunity to tell the Obamacare horror stories.

The lessons from airline deregulation are there for anyone who cares to look. The groundwork needs to be laid with ideas that can be put on the shelf. Beyond that, other factors need to come together and these factors are hard to predict. Who, after all, would have said in 1973 that Ted Kennedy would be a hero of deregulation?